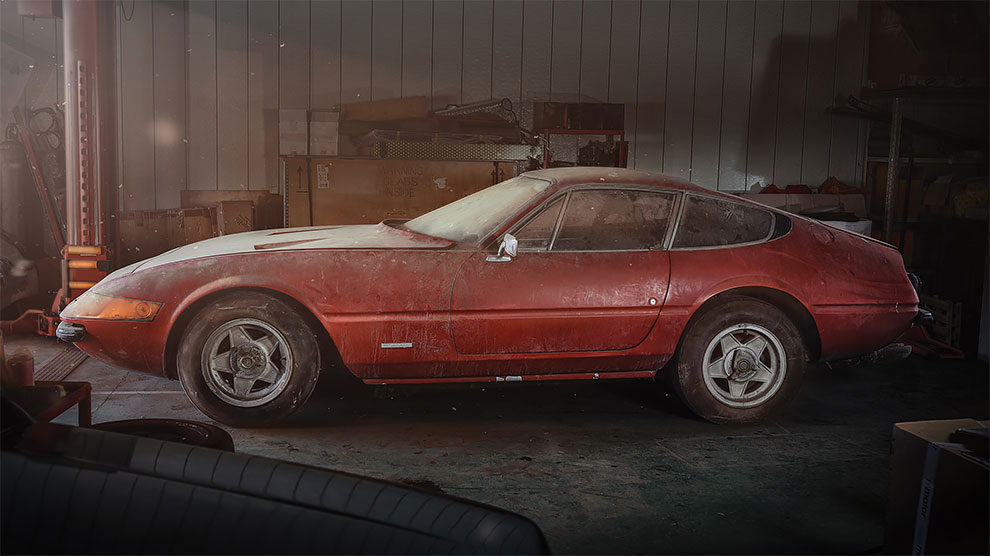 Many thought this car didn’t even exist.

Ferrari had, in fact, only ever commissioned one street version of its Daytona with a full aluminum body. Completed in 1969, the car was exported to a Japanese dealership in 1971 and then featured in the January 1972 issue of Car Graphic, a Japanese motoring magazine.

After passing hands several times, it ended up in the barn of its last owner, Makoto Takai, some time around 1980.

The car is in “barn find” condition and is being put up for sale unrestored. The odometer displays just over 22,000 miles. RM Sotheby’s expects the car to fetch up to 1.7 million euros ($2 million), according to the auction catalog. 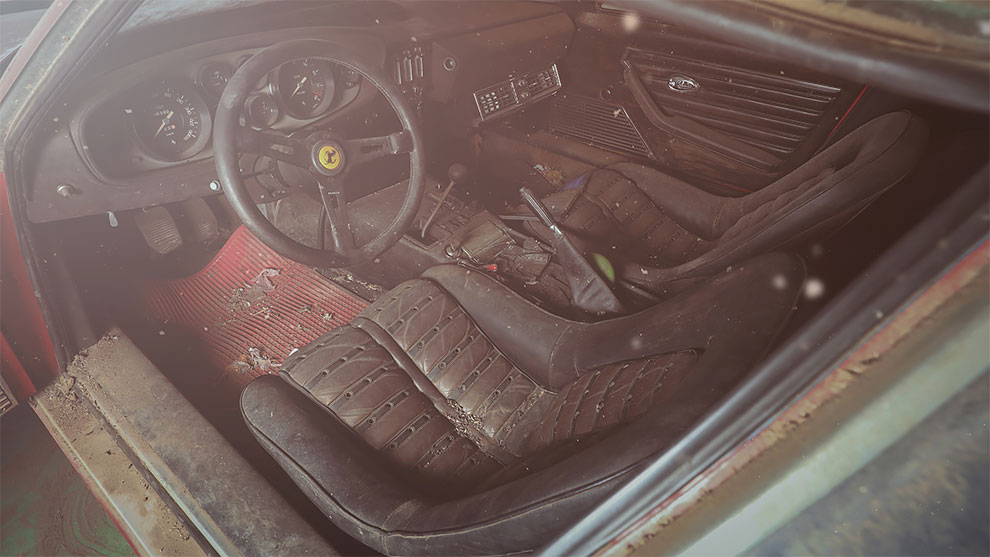 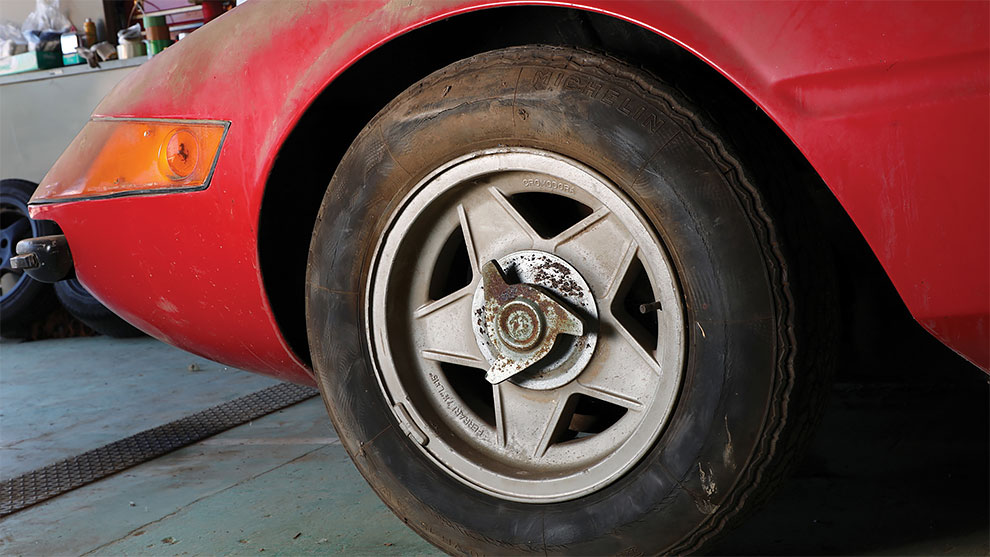 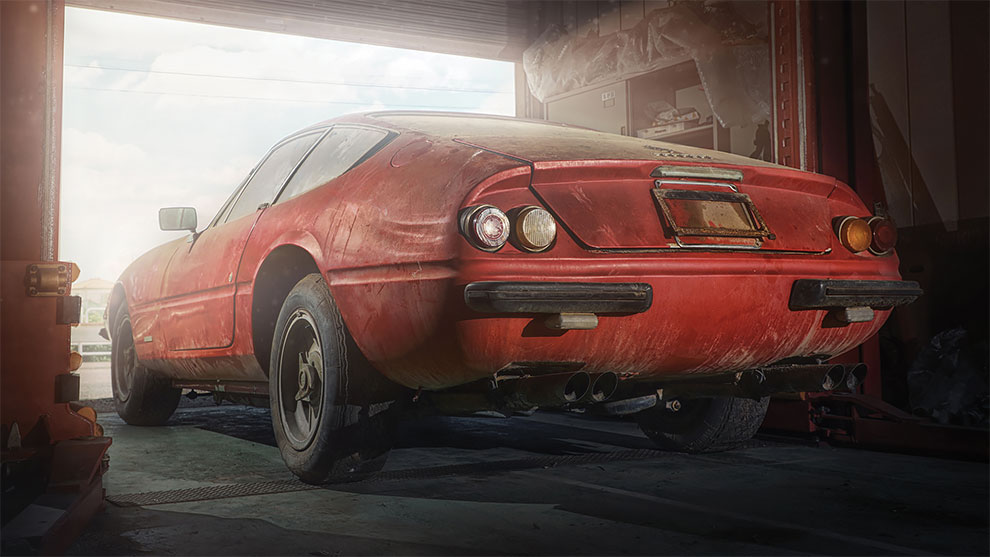 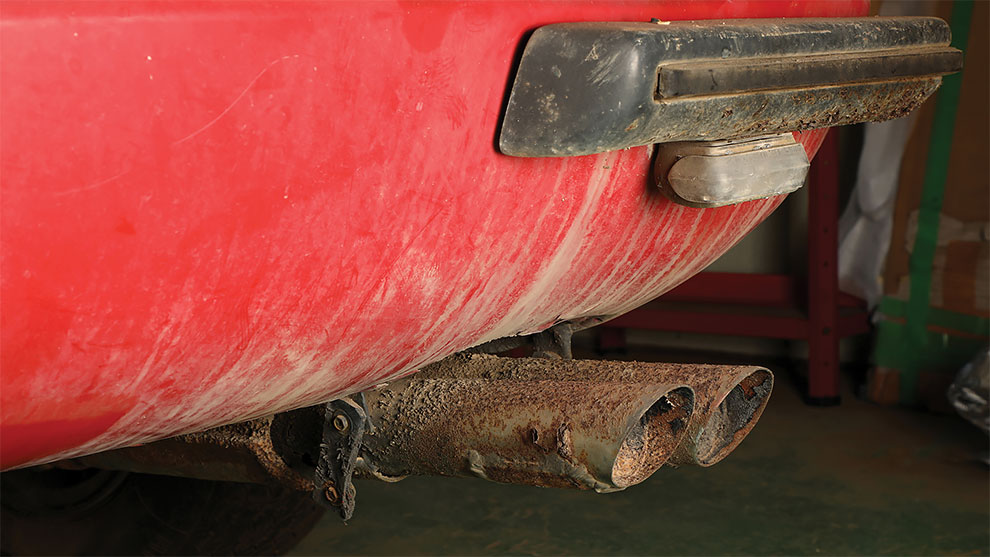 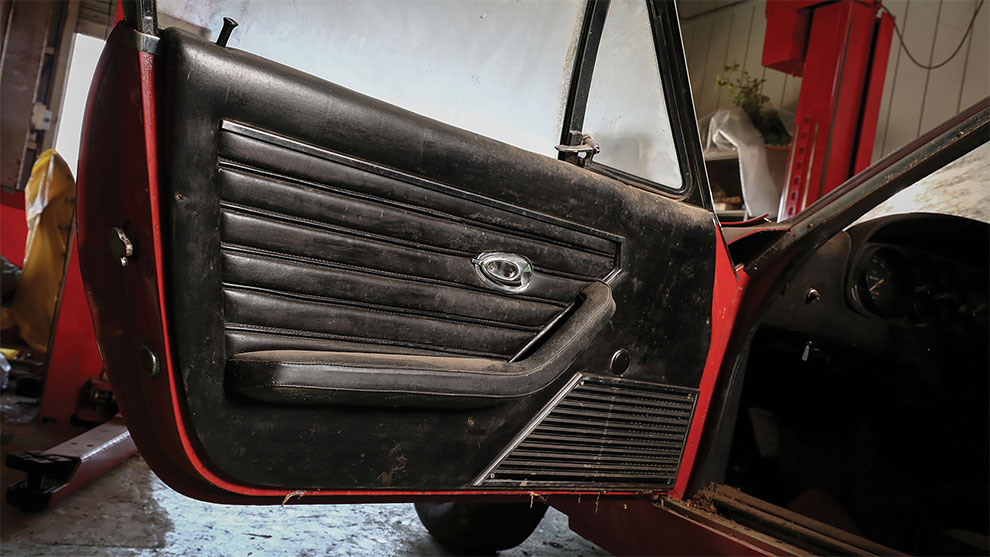 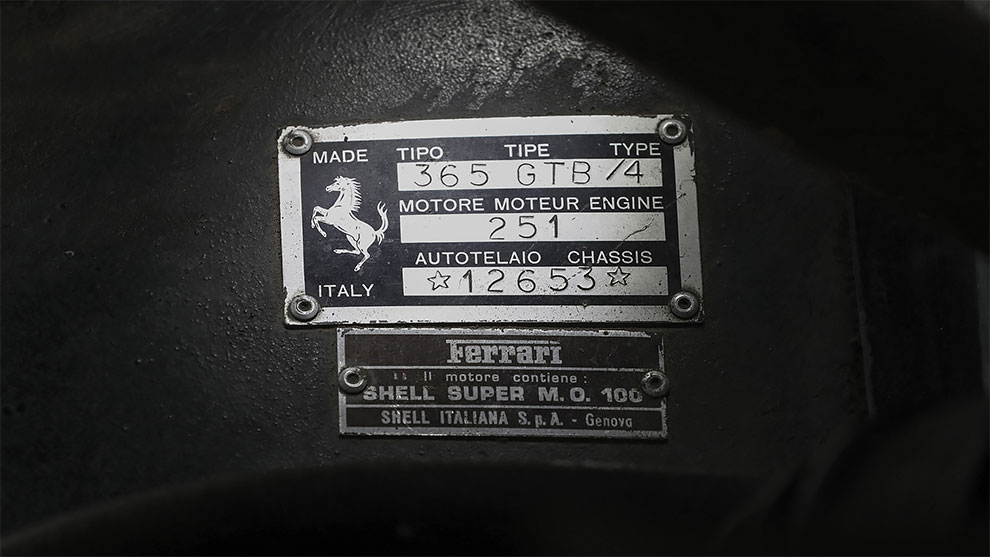 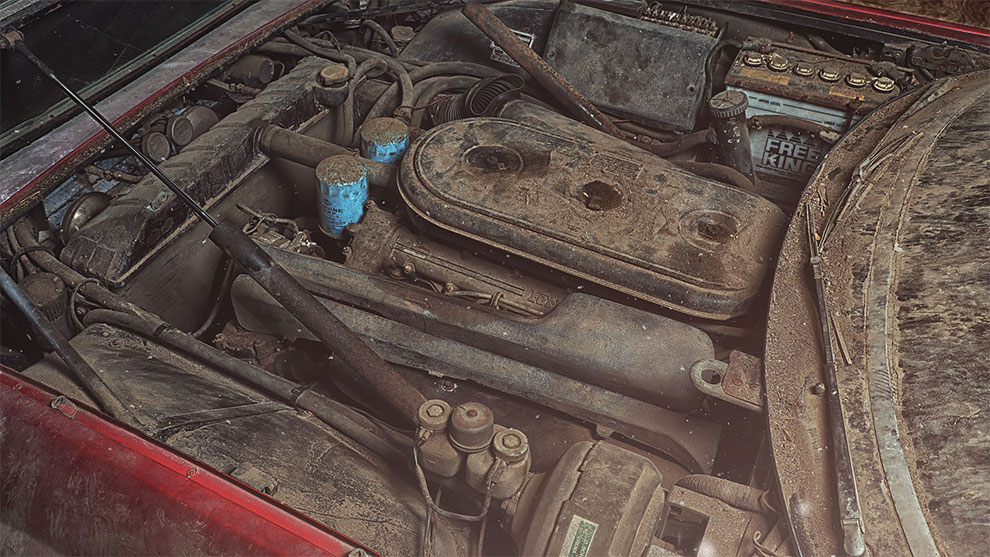 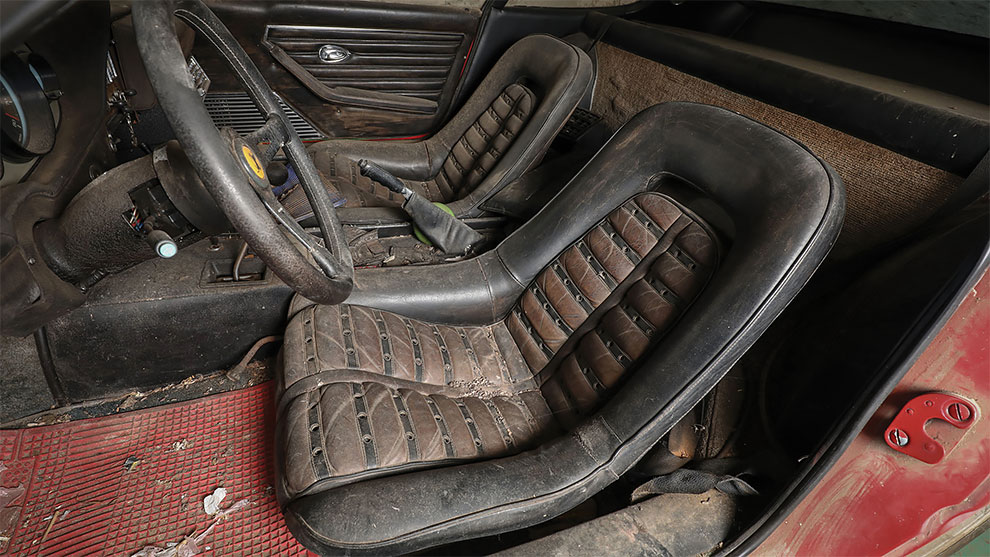 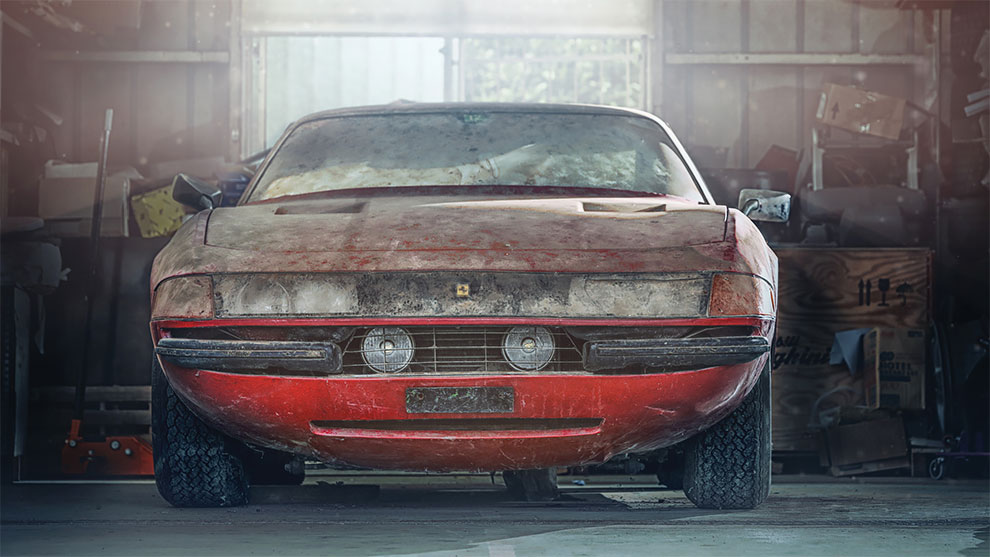 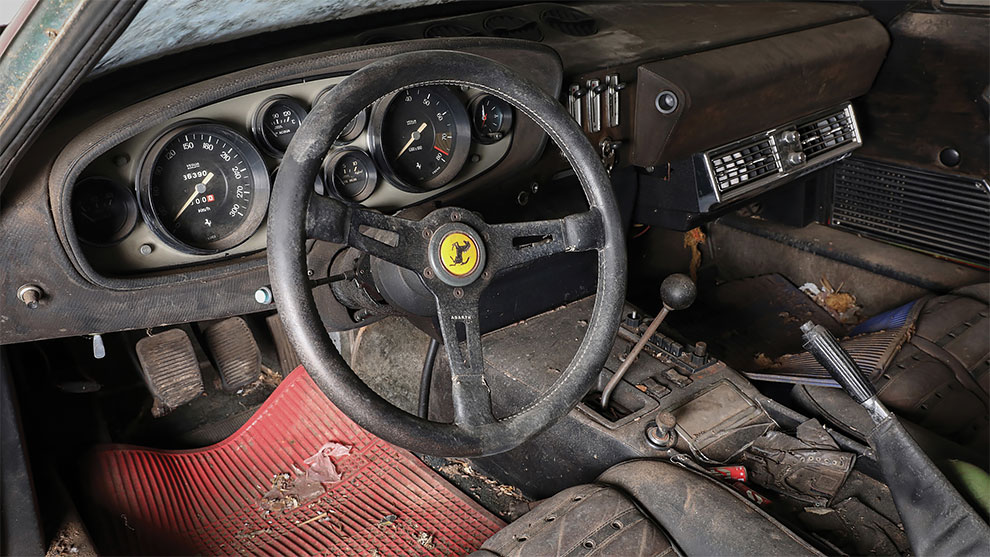 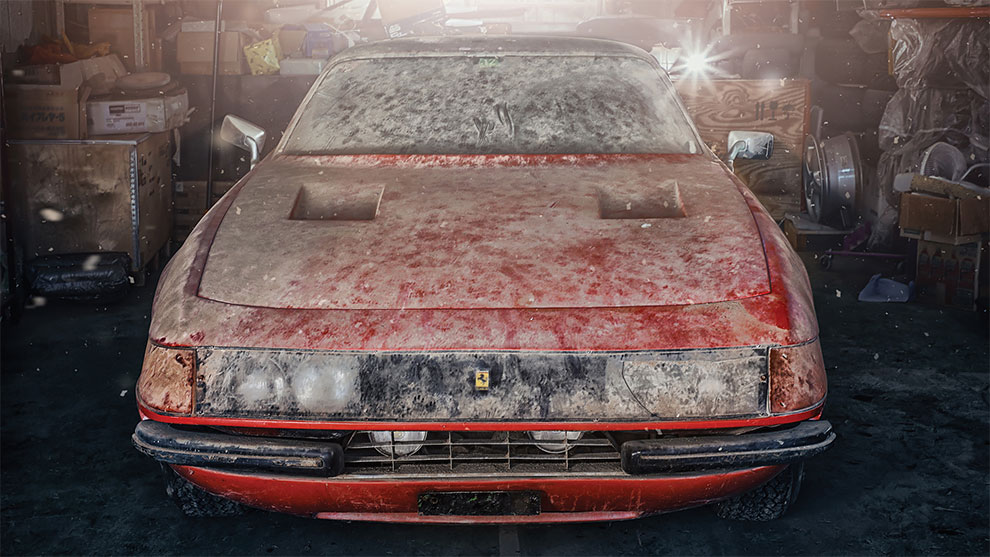 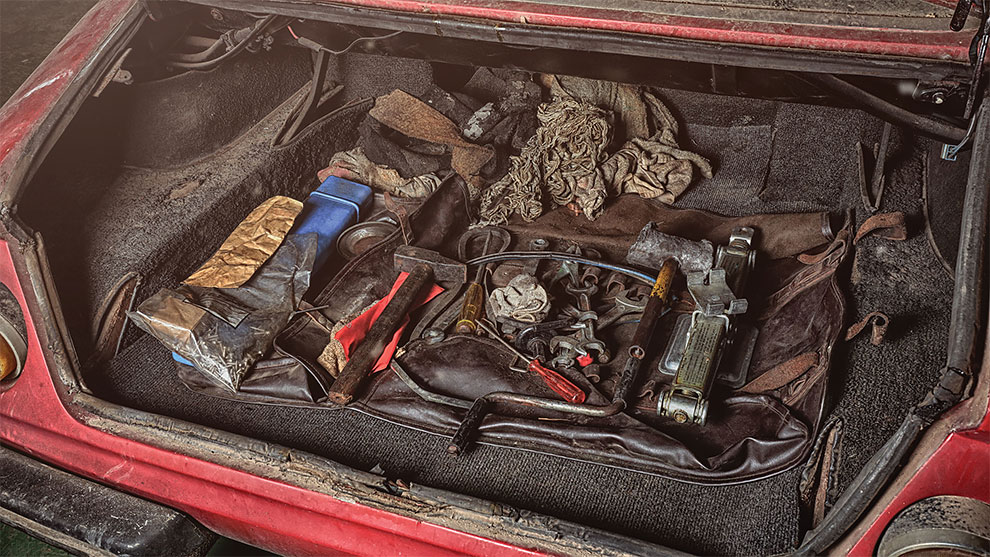 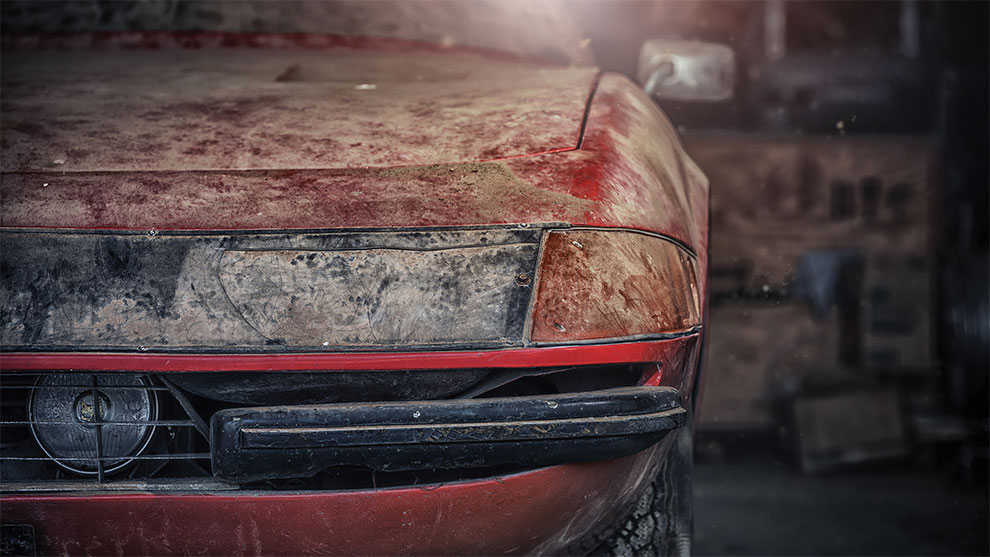 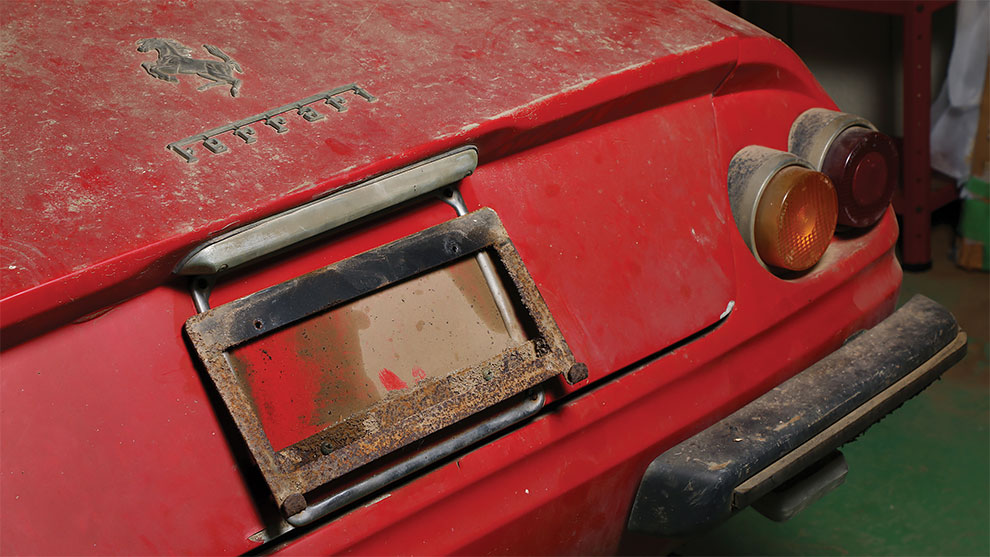 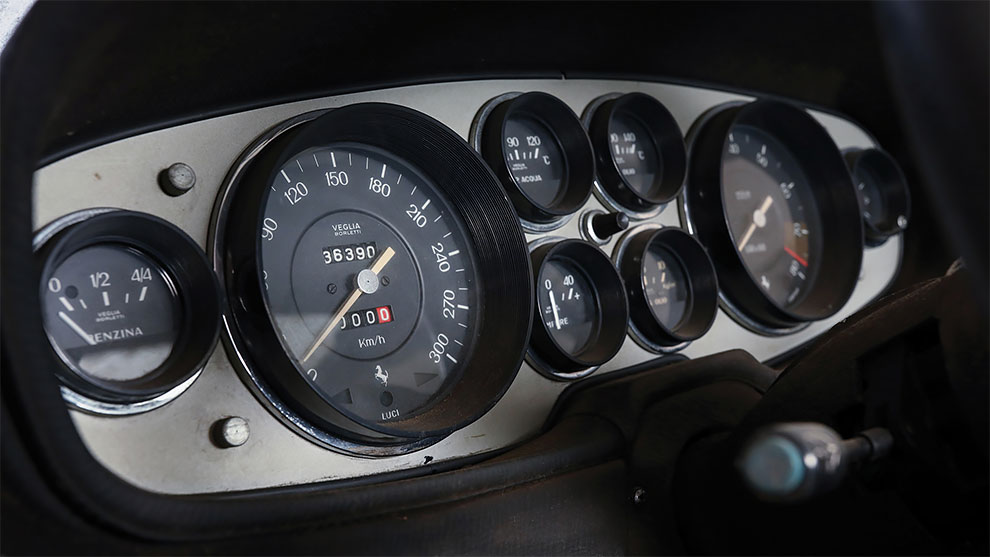 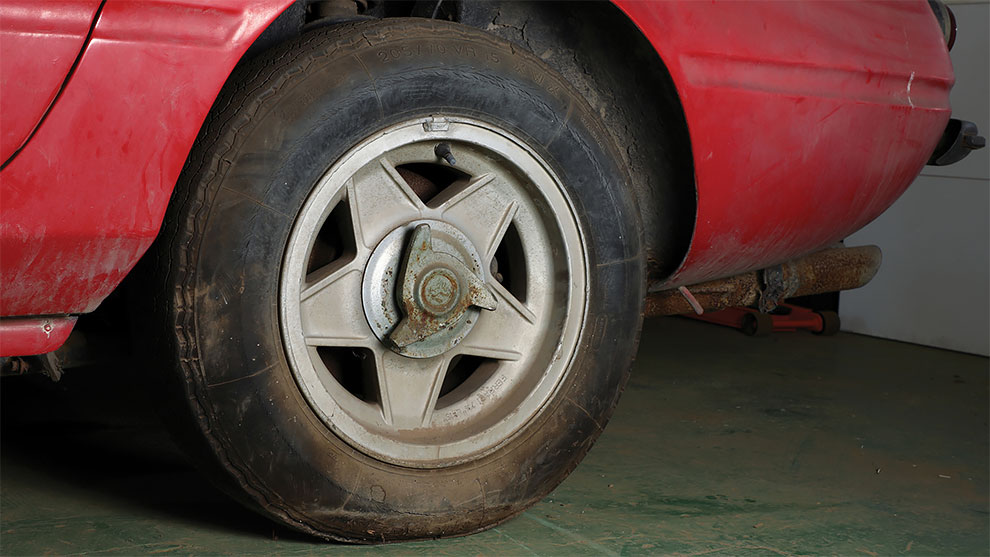 Wall.e Restaurant Staffed with Robots Opens in Hefei
These Trainers Are Controlled By An App That Lets You Customize Them Whenever You Fancy
Chevy Vega And The Vert-A-Pac Rail System In The 1970s
A NASA Engineer Builds Weird And Better Halloween Costume
LEGO Figurines to Aboard NASA's Juno Spacecraft Set for Launch
A Flash Drive Made To Look Like You're Storing Data On A Fish's Brain
Japanese Designer Creates Solar-Powered Coat That Charges Gadgets
Jaguar E-Type 1964 Discovered In A Dilapidated Garage
Ford Applied Noise-Cancelling Technology To A Doghouse, And It’s Awesome!
APWorks Introduces Light Rider, The World’s First 3D-Printed Motorcycle
Teaser: Nissan LEAF to Attempt Setting the Guinness World Speed Record
The Last Ride
BMW Isetta: The Iconic Miniature Bubble Car Of Automotive History
Japan’s High-Tech Cemetery Uses Electronic ID Cards To Identify The Dead
The 1958 Plymouth Tornado Concept Car Has Been Found And Restored
The Real Star Wars Weapon!
One Of About 50 Fiat 599 Ferves Rangers Still Around!
Toyota Has Made A New Concept Car Out Of Wood
IKEA Store in Bloomington Has Gone Solar
Everyday Things That Look Totally Different Under A Microscope
FRUITZ Watches
Human or Machine? Life-Like Android Robots from Japan Show Glimpses of the Future
"Back To The Future": A Retro Hi Fi In A Dark & Cozy Man Cave
Futuristic and Retro, Hyundai Transforms First-Generation 1975 Pony with Electric Powertrain
Photographer Benedict Redgrove Given Unprecedented Access To NASA Technology
This Elderly Couple Bought Their Household Appliances In 1950s, 50 Years Later They Still Work!
Motorcycle Hybrid Designed As A Survival Bike That Can Travel 300 Miles Without Refueling
Tanks - The Fallen Giants Of The World War I
The Reality of Cloud Computing
Apple iPhone 4S Goes on Sale Worldwide
after, daytona, ferrari, found, japanese, years