One Of The Oldest Diving Suits In Existence – Called Wanha Herra 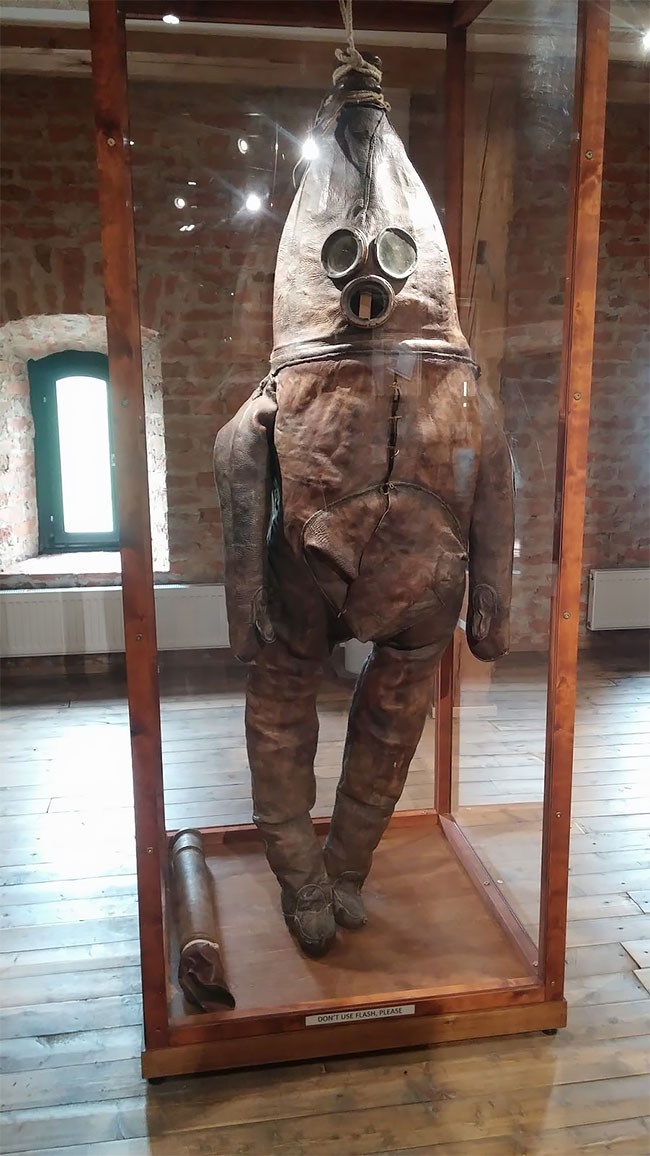 The best-known item in Raahe Museum is “the Old Gentleman”, a diving suit from the early 18th century. This rarity was donated to the museum by Captain Leufstadius in 1860s.

The maker of the suit has mastered the latest achievements of the diving technology that made huge progress in the 18th century. The Old Gentleman is therefore regarded as a unique crossover form made from leather in the transition from the diving bell to the actual heavy diving suit.

The Old Gentleman is mostly made of cow leather. The seams are sewn with a waxed thread and sealed with pitch. The diving suit was made waterproof by sealing it with a mixture of pork fat, tar and pitch. The hood-shaped head is reinforced from the inside with a wooden framework. In the upper part of the hood is an opening for a wooden air pipe.

The diver wriggled himself into the diving suit through an opening in front of the body, which is closed by pressing the pitched mouth part together. This “sack mouth” was rolled on the belt and was attached to the diver’s waist. The air was pumped to the diver through wooden pipes that were mutually connected with leather, either using a piston pump or bellows. The air was discharged through a shorter pipe on the backside.

Diving lasted for a short time, since the suit was not completely watertight and could not withstand high pressure. However, the diving suit did offer its user the opportunity of checking the condition of hulls without having to tilt the vessels or to bring them into dry dock.

The diving suit is presumably of Finnish origin, since the top parts of the boots remind one of the traditional short-shanked boots with laces, while the gloves are similar to those typical of Finnish foresters. A drawing from 1727, discovered in the Admiralty’s material held in the Swedish National Archive, depicts a diving suit that is similar to the Old Gentleman. This drawing has helped to date the time at which the Old Gentleman was manufactured. 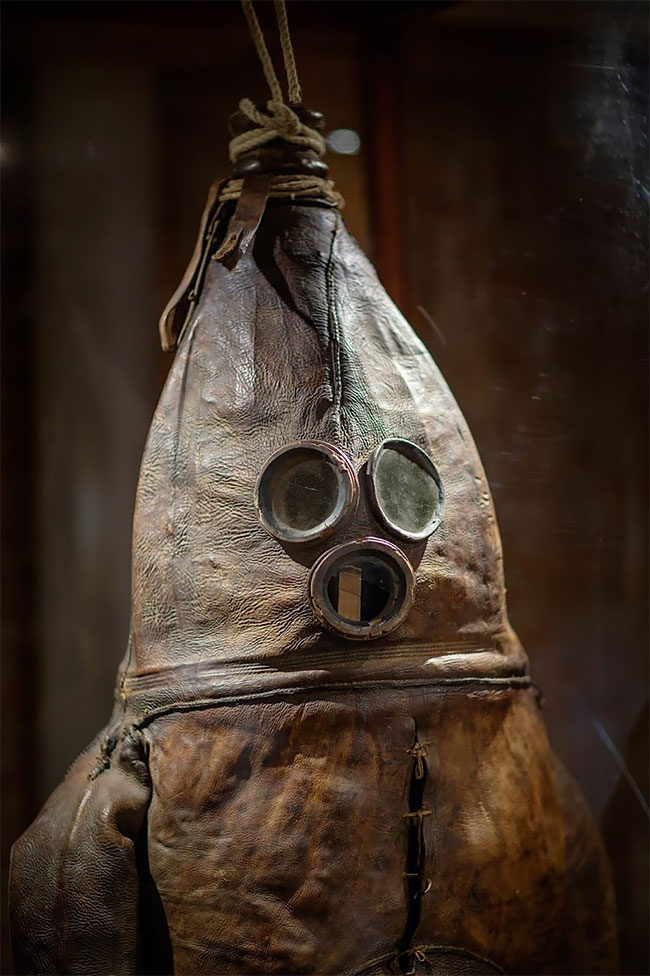 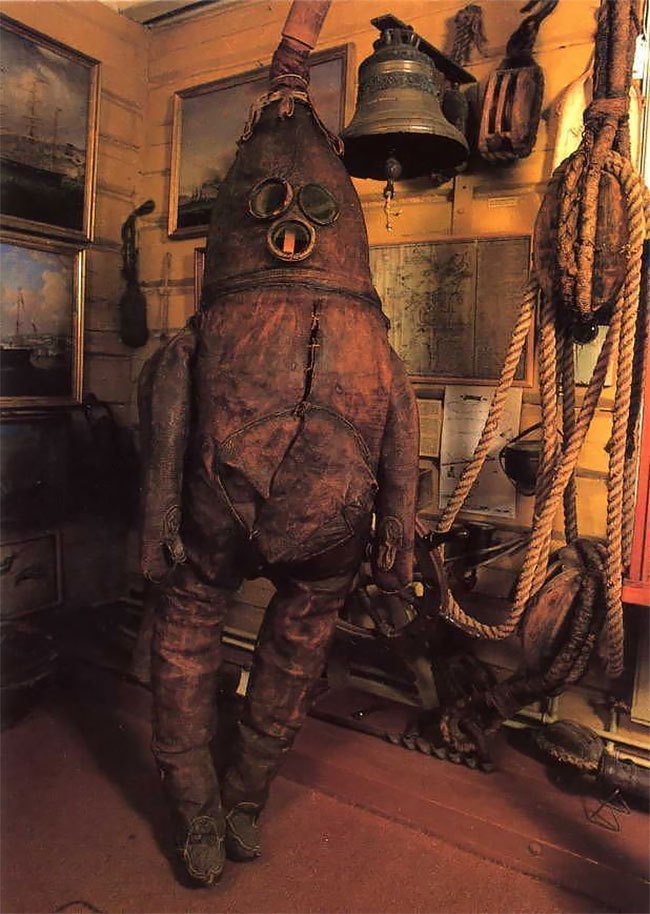 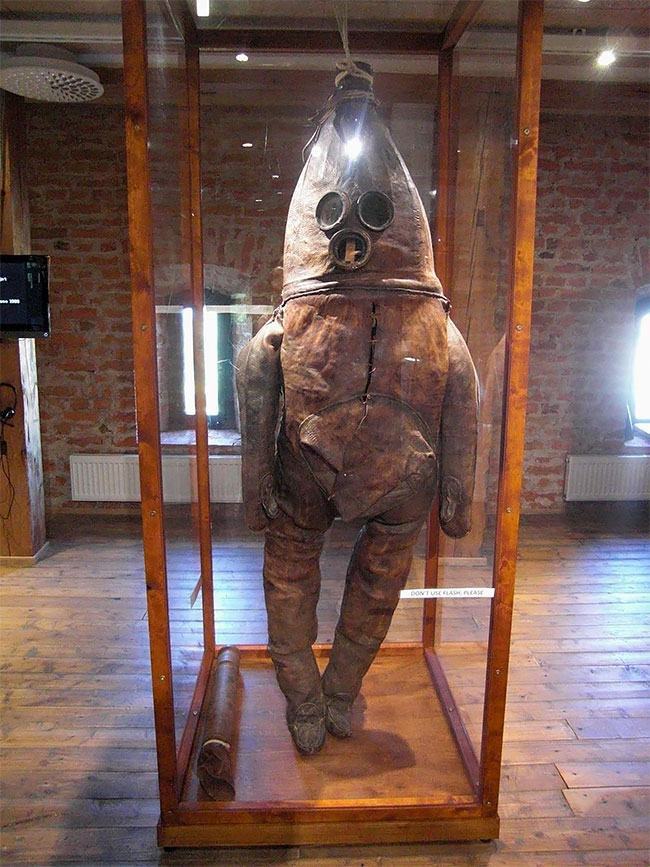 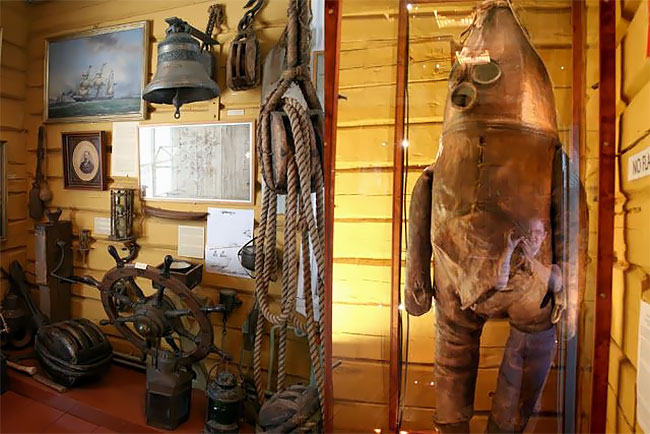 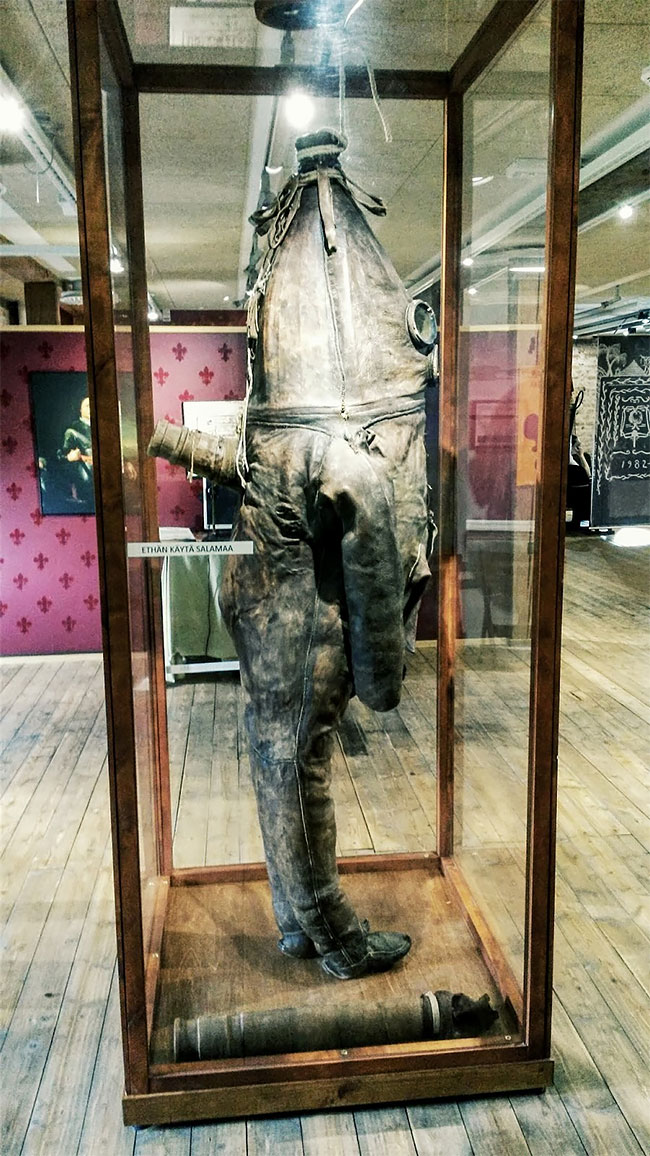 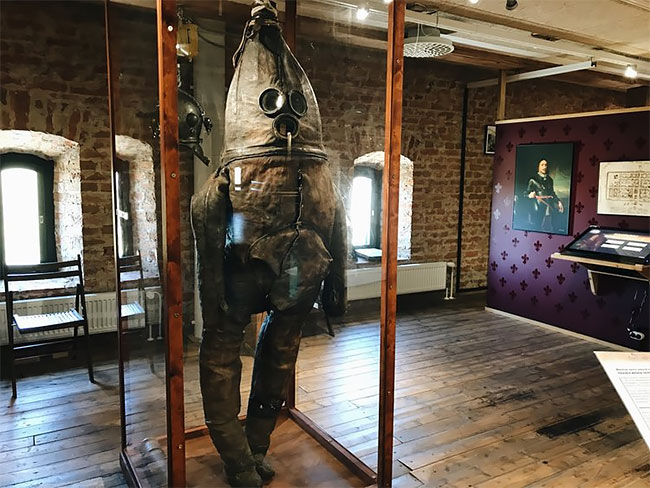 Stunning Photos Of The Colony Of Gannets Diving For Fish Off Coast Of Shetland Isles
Power Company Uses Drone To Burn Trash Off High Voltage Wires
Inside Facebook’s Data Center Near the Arctic Circle
Wonderful Photos of London’s Tube Riders From the 1960s to 1980s
Speed Of Light
In the 1970s, American Luxury Cars Were Bursting With Velour and Velvet
"One Day with Salvador Dalí": A Surreal Photo Shoot of Salvador Dalì in His Seaside Villa, 1955
1970s Zingers! Full-Sized Toy Vehicles
Haunted Faces Of The World War One Brought To Life In Striking Colorized Images By Mario Unger
Creepy and Naughty: The Scary Hotties by The Tragic Girls
See Inside a 1926 Rolls-Royce Phantom, the Most Expensive Rolls-Royce Ever Made
Evocative Photos of Life in Texas in the 1970s
UVMask: Real-Time UV-C Filtration & Purification Face Mask That Filters Dust, Organisms, And Allergens As You Breathe
Programmer Recreates Classic Artwork With Thread And A Mathematic Algorithm
China Prepares to Launch Its First Space Laboratory Module Tiangong-1
The 20 Brands With The Most Loyal Customers
Cheerful Photos of Teenage Girls in the 1940s
Unique. Electric. Aesthetic. Minimalistic. An American Company Has Created a Very Beautiful Retro-Style Electric Car
Europe's First Beer Fountain Opens In Slovenia
That Time When Nirvana Dressed Up In Woman Clothes For Mademoiselle Magazine In 1993
1936 Stout Scarab: The World's First Minivan?
Artist Makes Evergreen Plants That Glow In The Dark
Beautiful Photos of West Zealand County, Denmark in the Late 1930s
"Desperate Dreams": Awesome Retro-Styled Illustrations by Karolis Strautniekas
diving, retro, suit