Bublik – Circular Apartment Building In Moscow Is The Pinnacle Of Brutalism 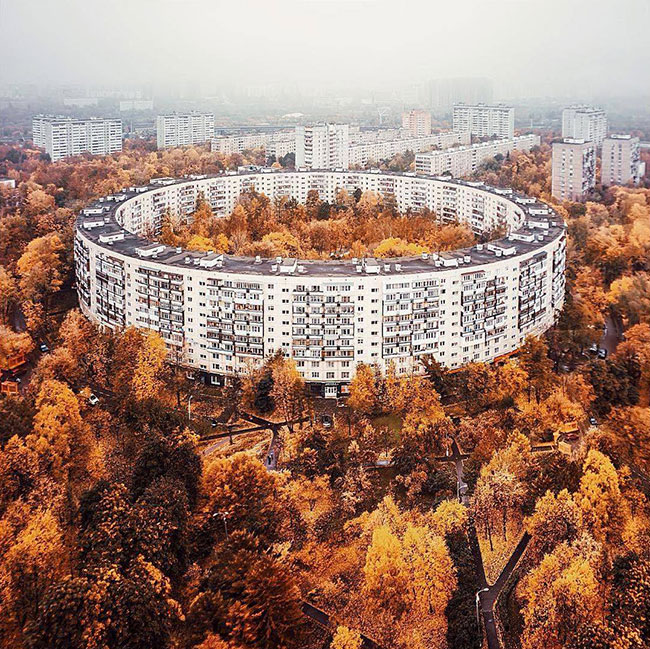 During the socialist time eastern Europe was a home to many unusual ‘brutalist’ structures, Moscow especially. Communist authorities had to industrialize and expand the cities as soon as possible because of large influx of rural population in capital cities. 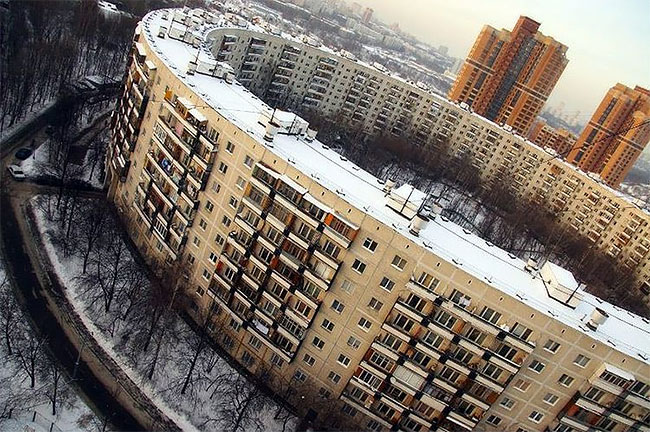 Before WWII most of the population across eastern Europe were peasantry living in rural towns, however after the WWII the middle class was born and they had to live somewhere. The Soviet authorities started to build these massive buildings and one of them was the cylindrical apartment building which was constructed in 1972 by Soviet architect Eugene Stamo and engineer Aleksandr Markelov. 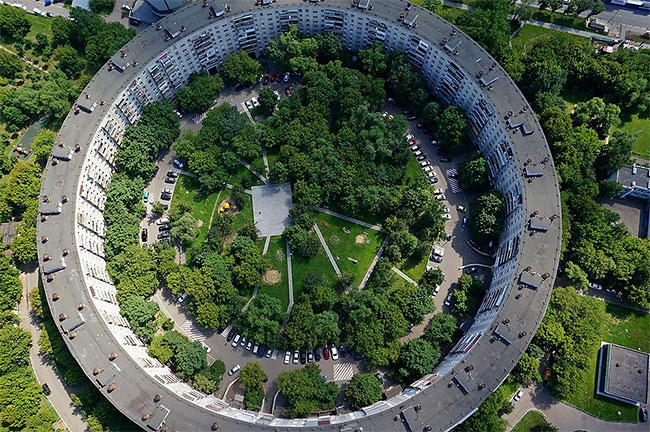 This building is located in the district of Ochakovo-Matveevskoe (Nejinskaya, 13 street) and it is nick-named “Bublic” among the local residents, because it just looks so much like a bagel (Bublik in Russian language). This massive building holds 913 apartments and as far as architects claims, five more similar buildings were supposed to be built before 1980 Summer Olympics. 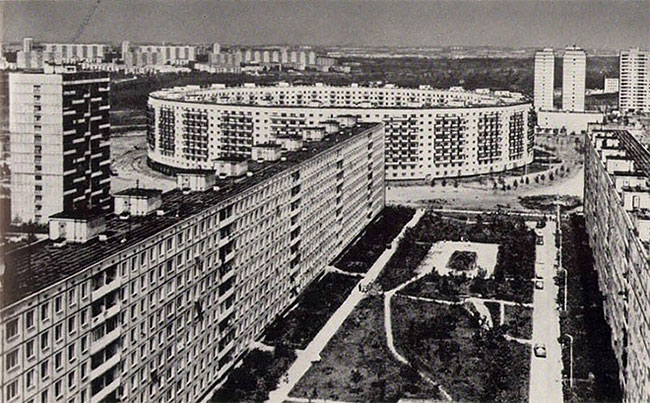 Five buildings resembling the Olympic sign were intended to be constructed, but as they were too massive it would be hard to associate them with actual Olympic rings. Soviet housing was oriented strictly on practicality and affordability but it turned out these buildings were expensive to maintain so the whole project was abandoned and only two stand to this day. 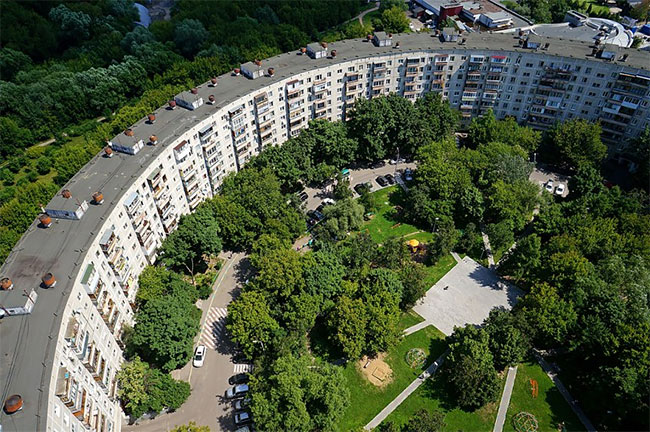 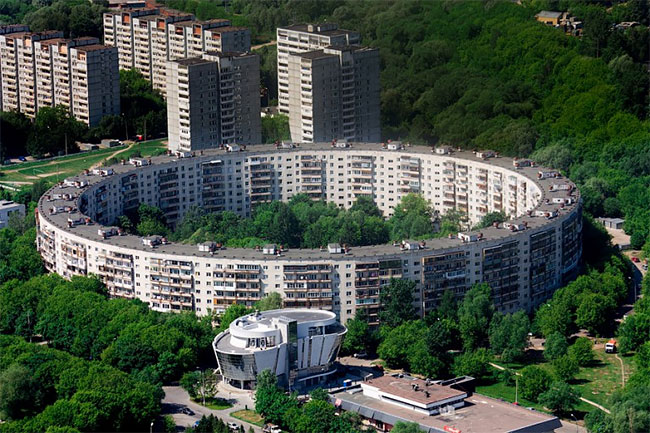 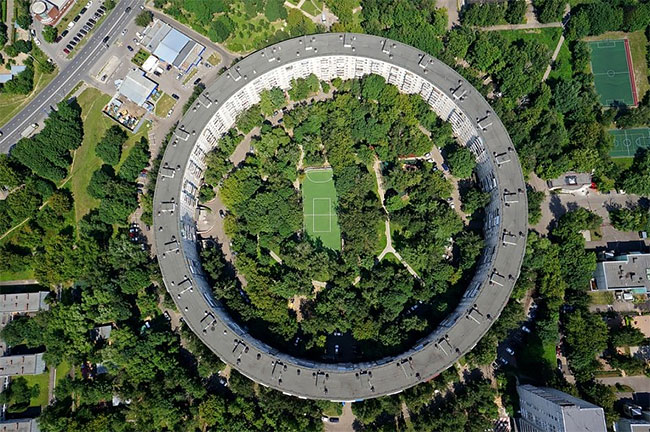 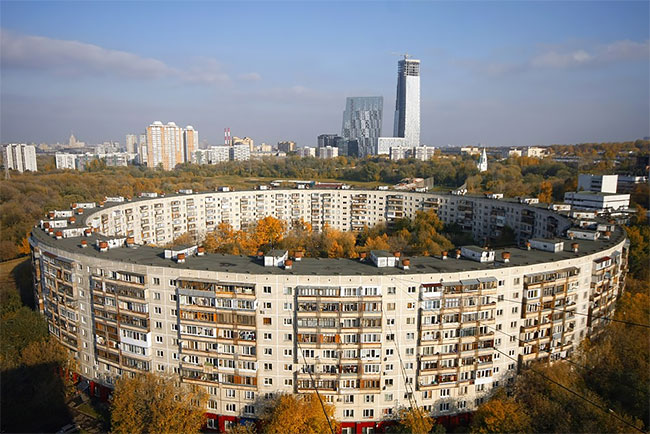 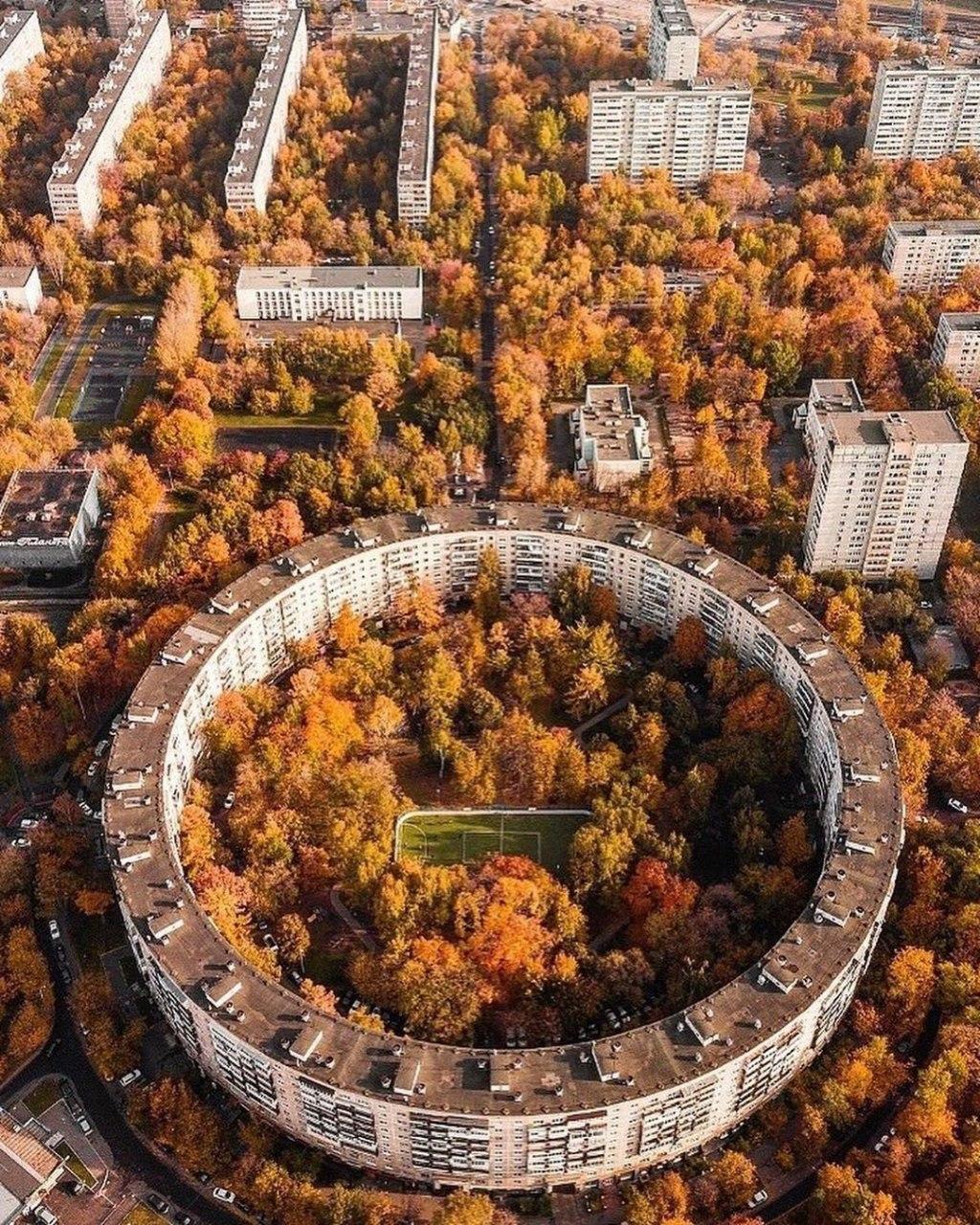 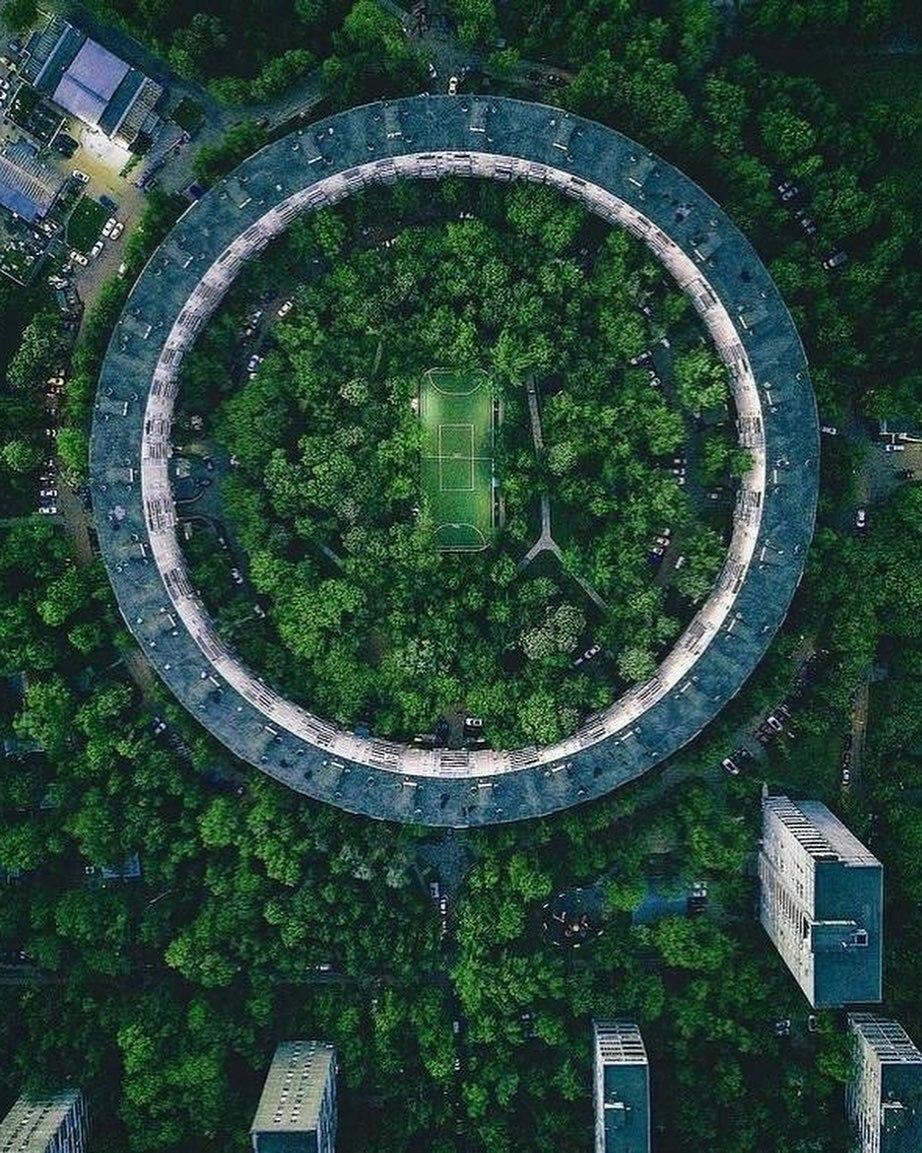 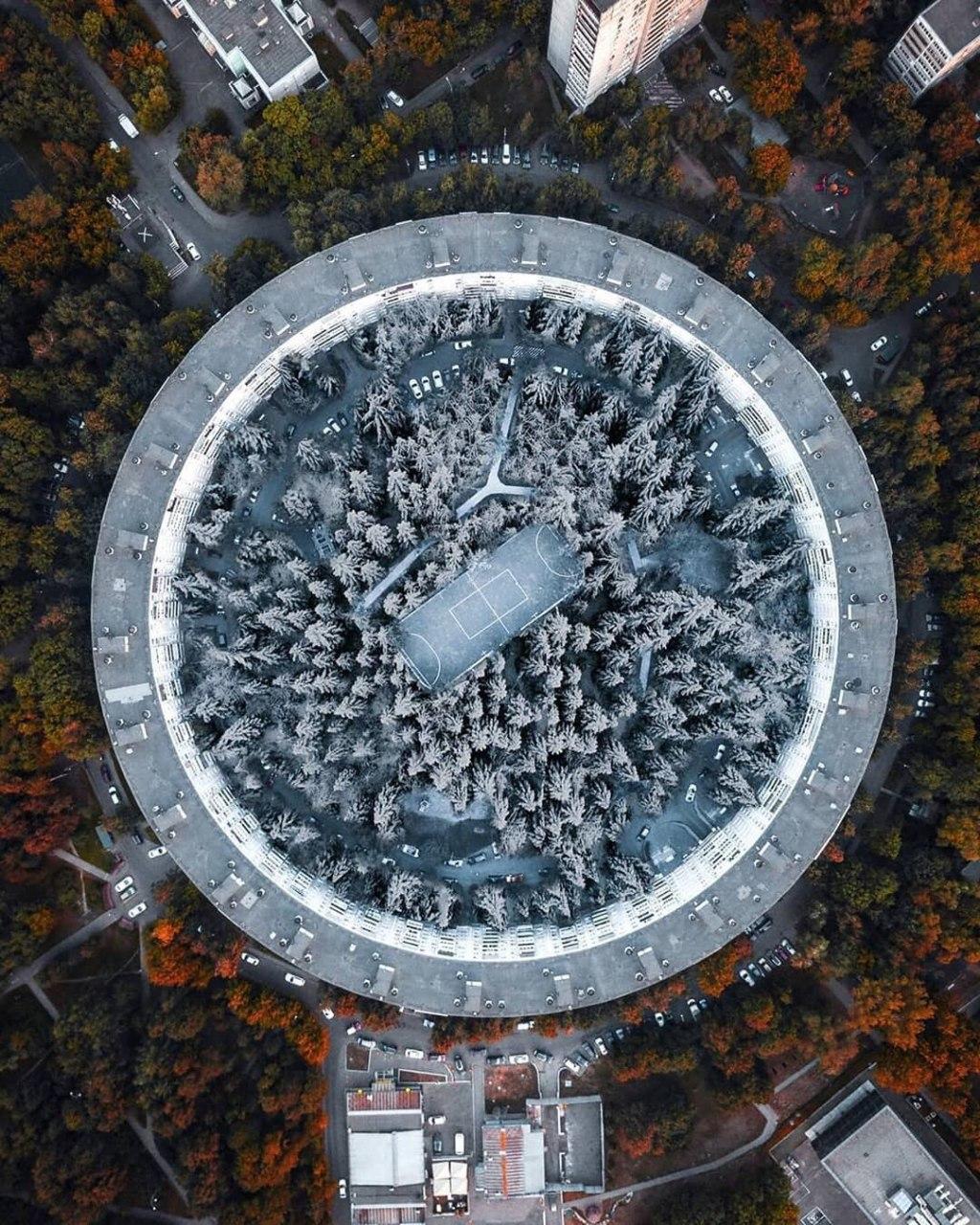 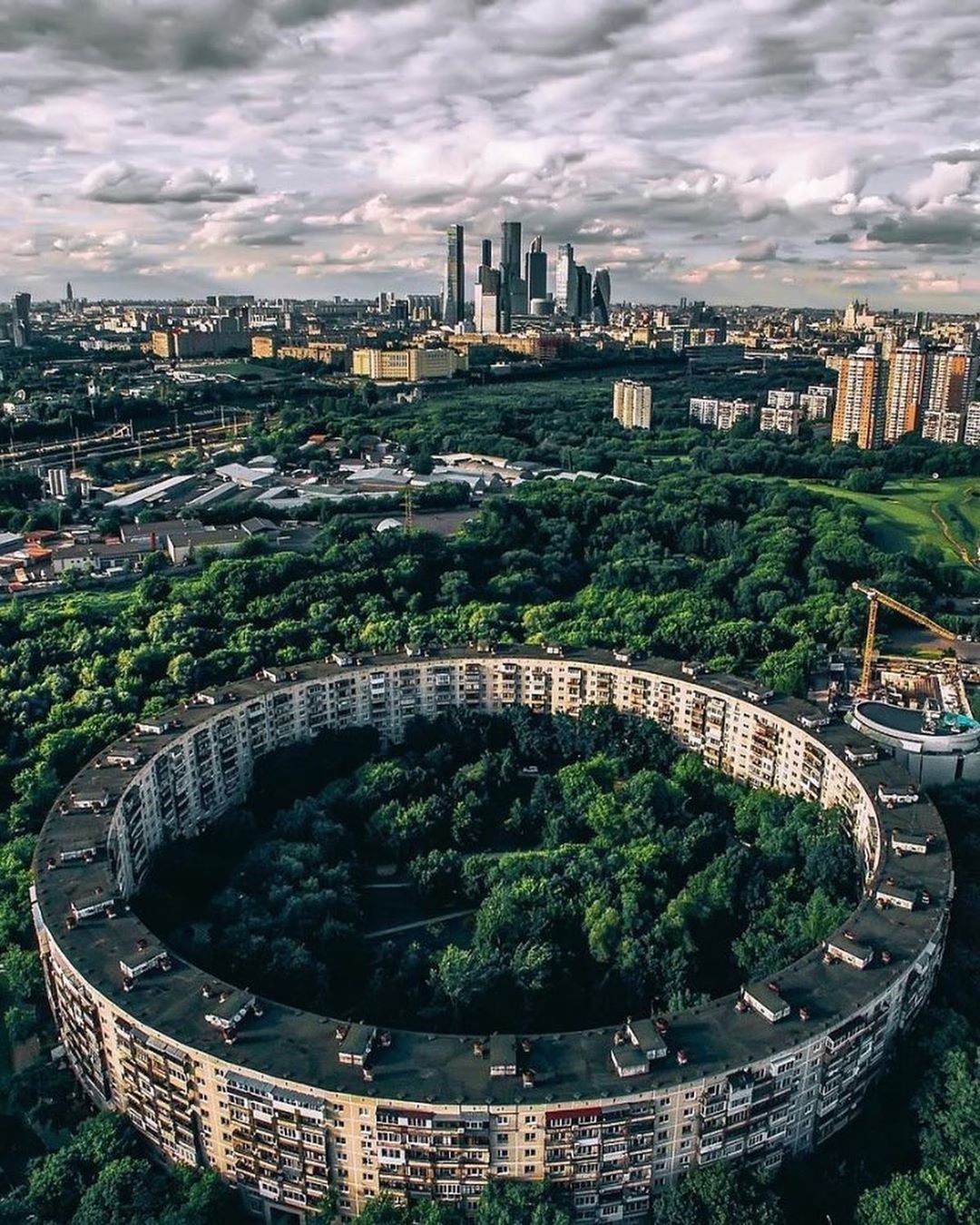 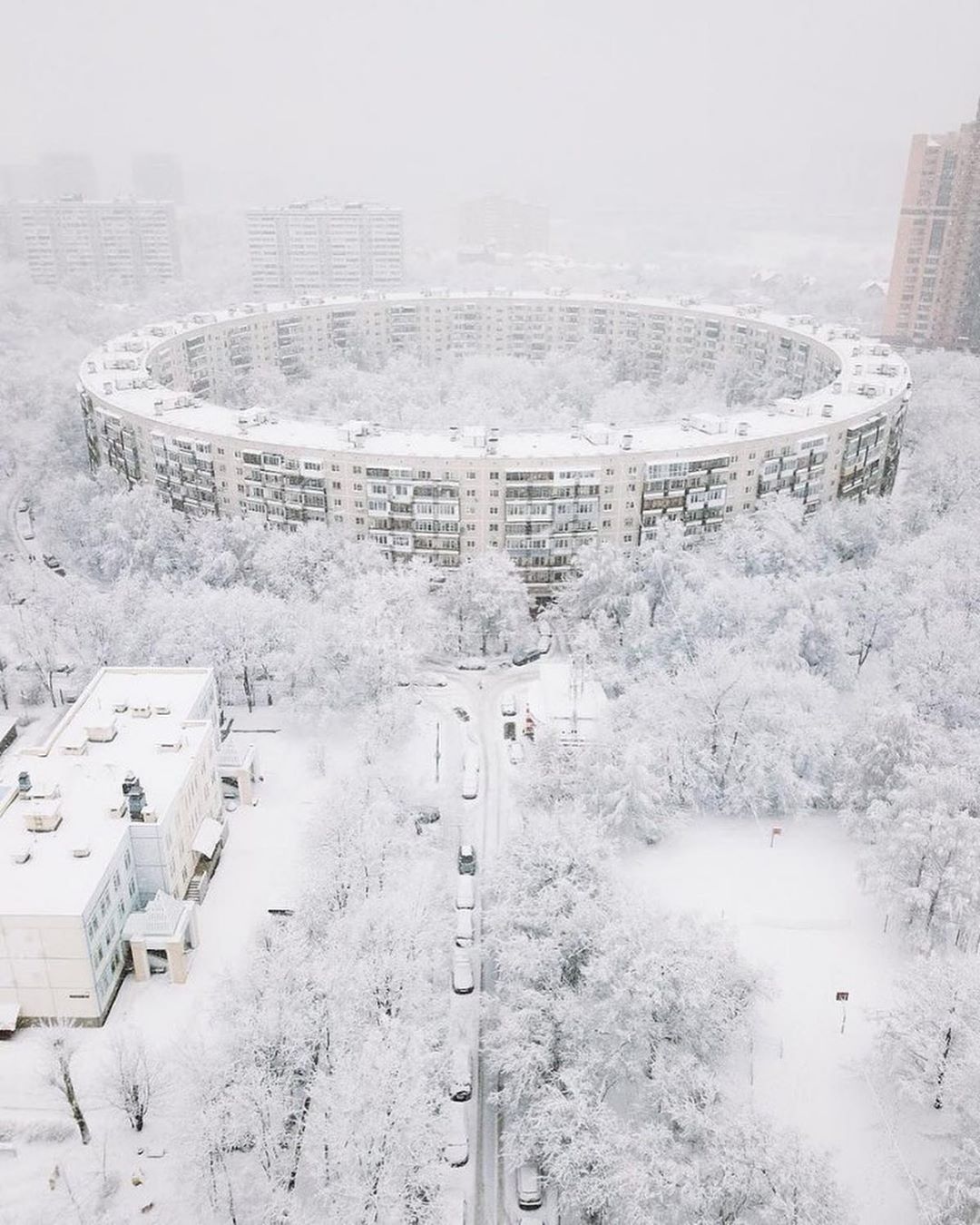 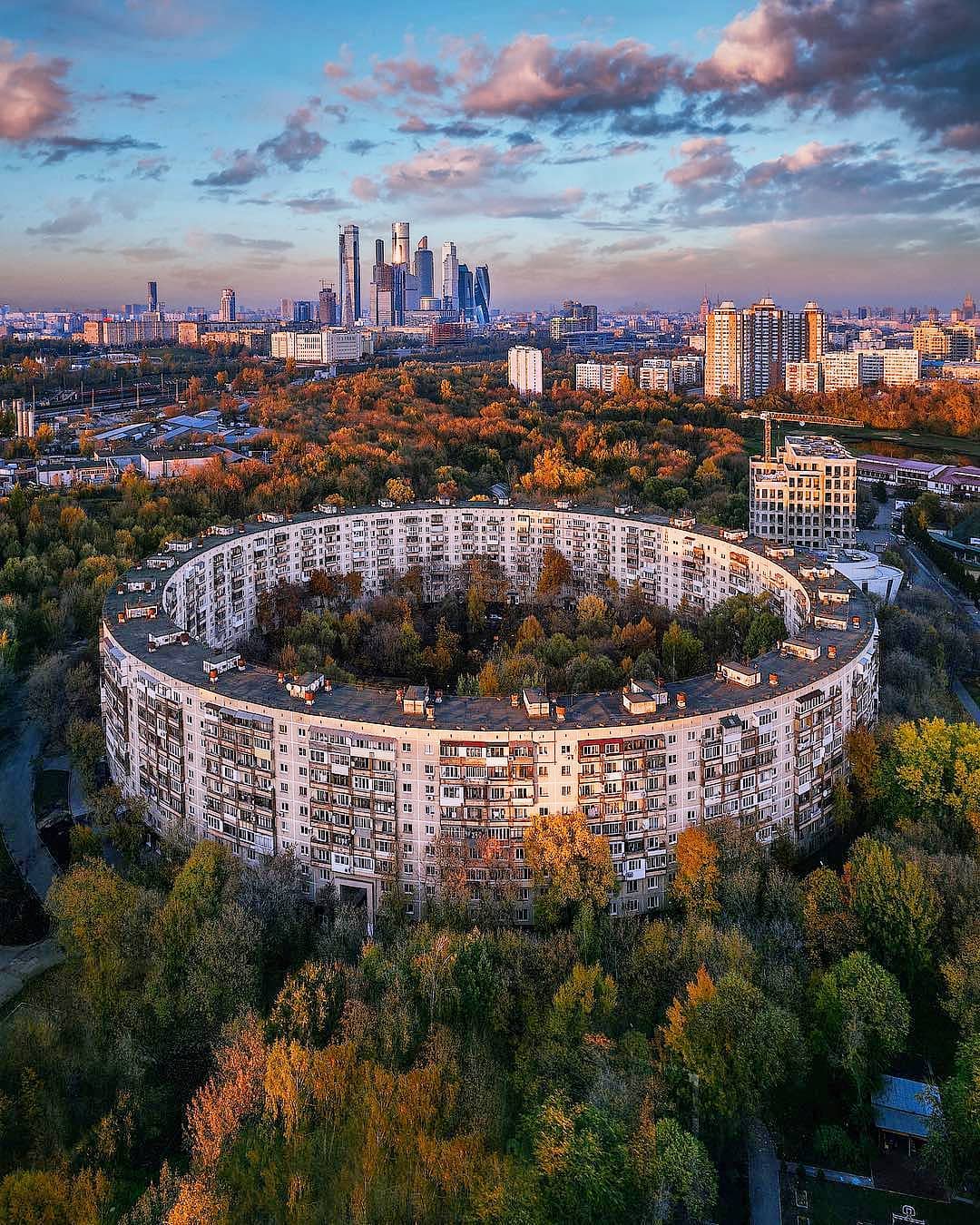