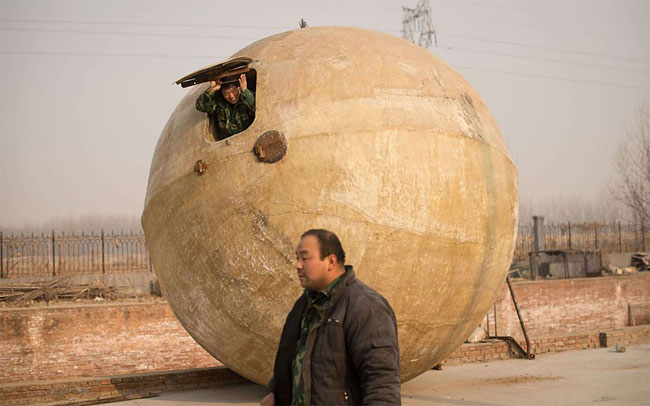 Liu Qiyuan, a Chinese farmer from the village of Qiantun in northern Hebei Province, located just south of Beijing, has built what he describes as “Noah’s Ark” survival pods in case of a cataclysmic event. Photos by Ed Jones/AFP/Getty Images. 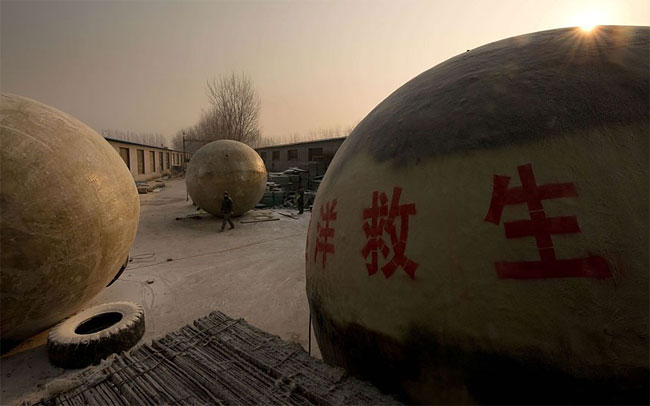 Liu was inspired by the blockbuster film “2012” and the massive earthquake and tsunami that ravaged Indonesia and Thailand in 2004 and killed hundreds of thousands, reported AFP. 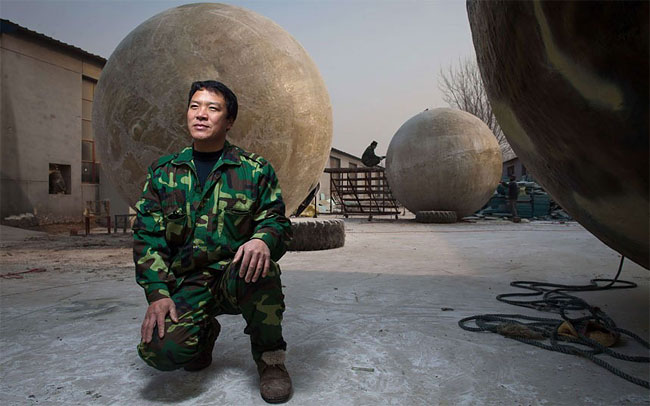 He hopes that his circular pods are adopted by government agencies and international organizations in the event of earthquakes and tsunamis. 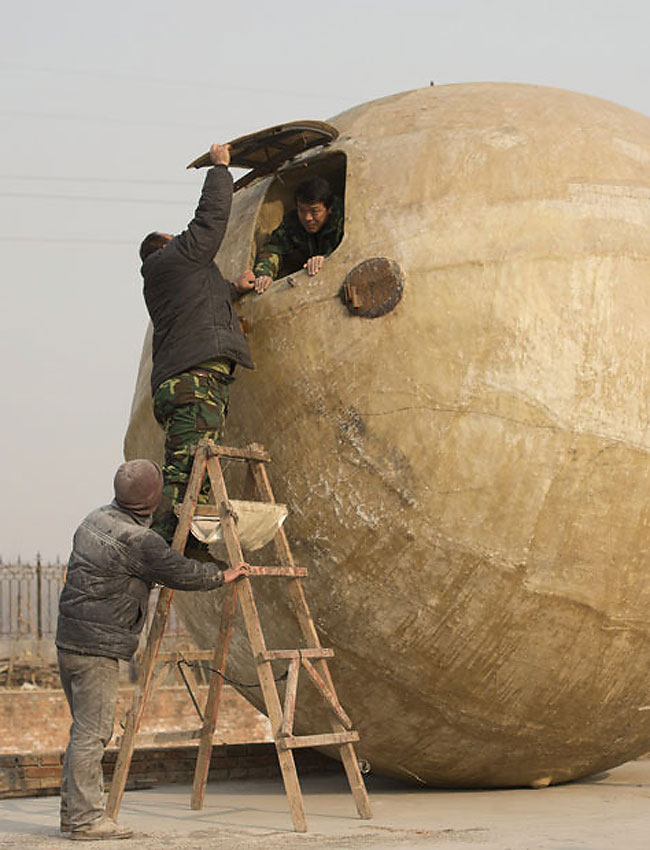 His seven pods, which are airtight, are made out of a fiberglass shell wrapped around a steel frame. They are able to float on water. Some of them even have their own propulsion device installed. 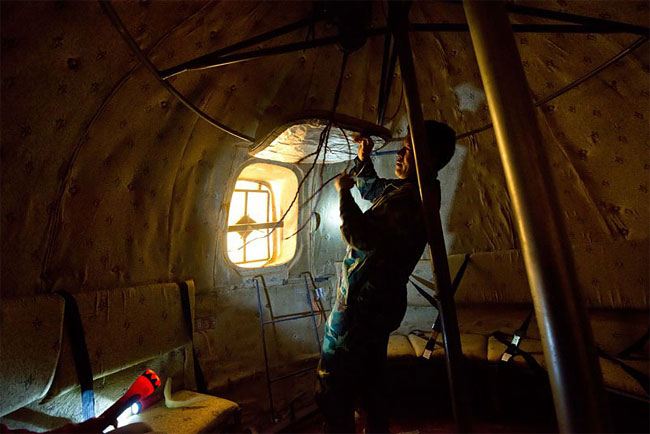 They also come complete with oxygen tanks and can hold as many as 14 people. 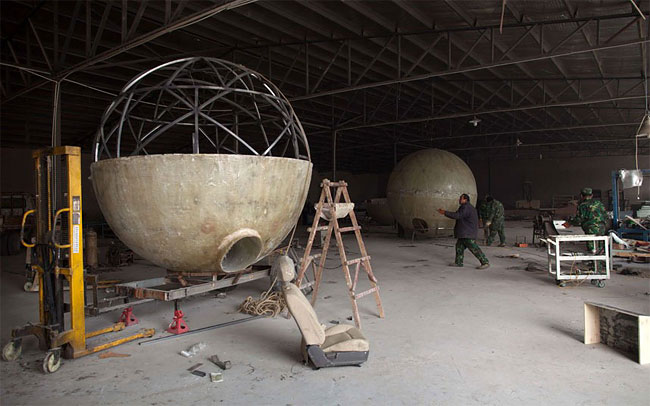 The Dec. 21, 2012, Mayan prophecy, which some people have interpreted as the end of the world, struck a nerve with ordinary Chinese after the “2012” film gained popularity there in 2009. 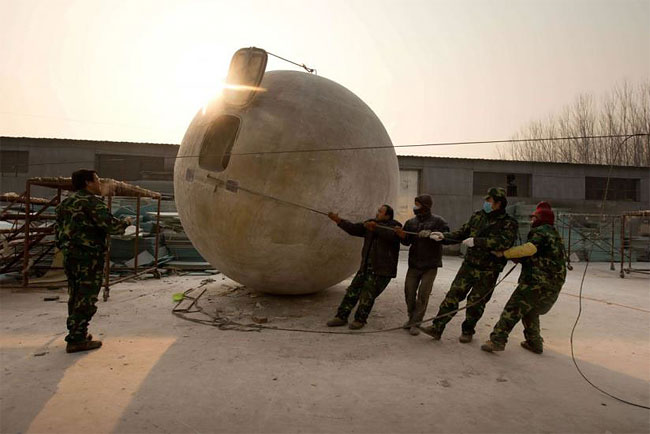 Last month, it was reported that Lu Zhenghai, a man from Xinjiang, spent some $150,000 dollars to build his own “Noah’s Ark”-like vessel. According to the Daily Mail tabloid, he spend his entire life savings on constructing the ship. 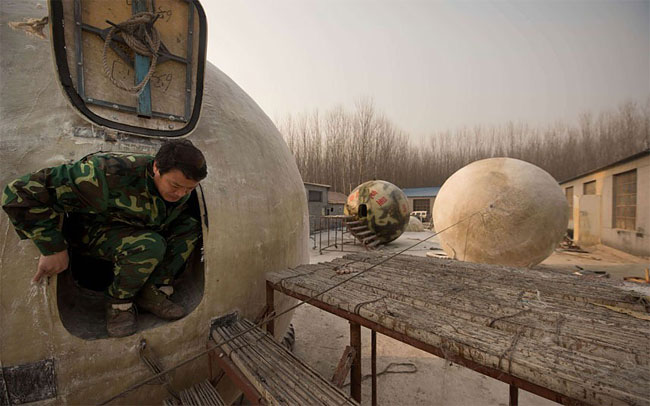 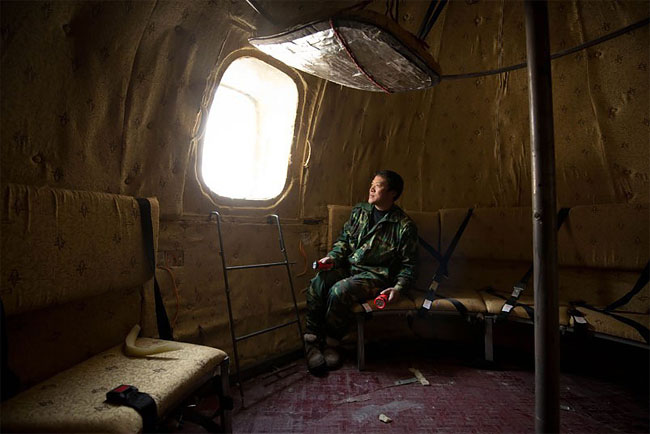 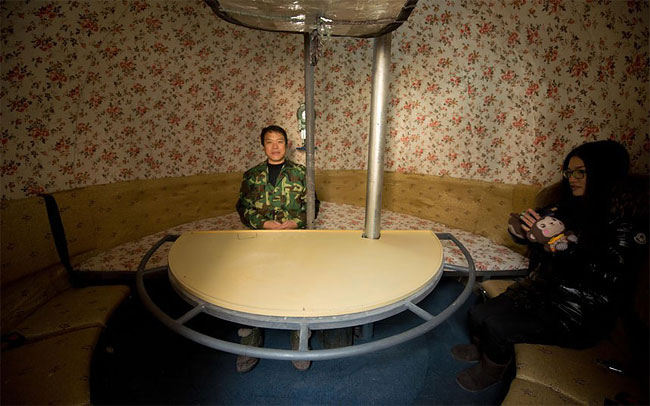 Luxurious Eco-Friendly Mansion Exists Entirely Below Ground
Russian Pharaoh Puts His Apartment to Sale
USA Architecture: From Ziggurat to Diners
Artists Builds Tiny Tree-Houses Around Common House Plants And It’s Awesome!
Deepspot: World's Deepest Diving Pool Opened in Poland
Maru The Cat Tries On Different Wigs By Accident After His Owner Builds A Box Trap
Scariest House In Belarus Has Neighbors On Edge
Delicate Patterns Adorn The Walls Of This Bright Nail Salon Interior
Siberian People Turn Their Own Garages Into Compact Mini-Palaces
People Went Crazy Taking Selfies In This Mirrored Beach Hut
The Spectacular World's Fair Exposition Universelle in Rare Pictures, 1899
This Underground Shelter From The 1970s Was Just Listed For $18 Million
Chinese Man Builds 7-Story Home For Dead Brothers
Nemo 33: World’s Deepest Swimming Pool
Glass House by Harumi Yukutake
"Reforming The Built Environment": Architecture Photo Collages By Michael Jantzen
This Building In Miami Has Art Painted On The Ceilings So It Can Only Be Seen By People On The Street
Cute Chinese Cargo Van Apartment
Ancient Wooden Churches Of Karelia Land
Spanish Designer Fernando Abellanas Works In A Secret Studio Right Under The Bridge
"Pure White": When Asbestos Was Used As Fake Snow
Brad Pitt Has Built Over 100 Homes For Families Who Had Lost Everything During The Hurricane
This House Don't Look Like Anything Special, But When You Go Inside...
This Bathroom In A Chinese Park Has Translucent Walls
apocalypse, builds, chinese, farmer, proof

Mirage House With Infinity Pool On The Roof By Kois Associated Architects
Incredible Aerial Pictures Of The Shanghai Disneyland Theme Park
Forgotten Housing Estates In Paris Captured By Laurent Kronental
Incredible Photographs Of The Old Closes And Streets Of Glasgow From Between 1868 And 1877
Would You Feel Safe In A Building Like This?
Stuttgart Municipal Library In Photographs By Skander Khlif
Chinese Workers Prepare Australian Sheep's Wool for Fashion Industry
Swim In 1,000,000 Recyclable Plastic Balls At Installation In Museum In Washington
New York Artist Sculpts Sandcastles That Would Make M.C. Escher Proud
Rebuilding Notre Dame In Photographs
2007 ‒ 2023 by Design You Trust. Proudly hosted by WebHostingBuzz.
Privacy Policy · Terms of Service · Content Removal Policy ❤️ 🇺🇦