In one small swoop, Idaho architect Macy Miller has opted out of paying rent or even a mortgage with her perfectly formed ‘Tiny House’ – that cost her only $11,416.16 and which she broke her back building. Finding herself divorced, unemployed and losing her home to foreclosure two years ago, the Boise resident enlisted the help of her dad and later her boyfriend to start building her 196-square-foot dream home. The house which is built atop a flatbed trailer – made complete with sustainable materials – has the unlikely boast of its $2,000 compost toilet being the most expensive amenity or appliance in the whole cute build. 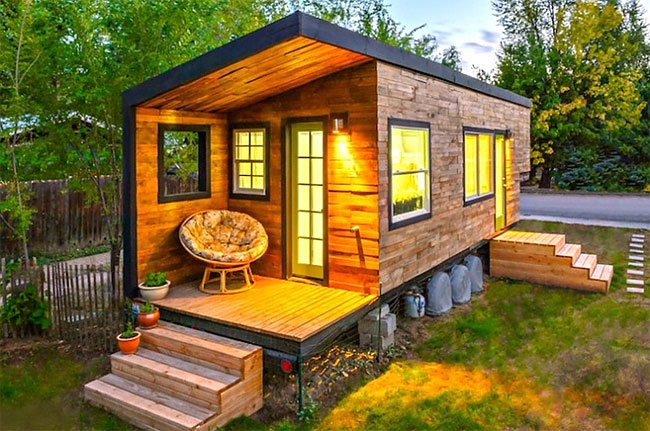 Macy Miller’s tiny house in Boise, Idaho, which is only 196-square-feet – but boasts all the modern conveniences of a normal, lager home. 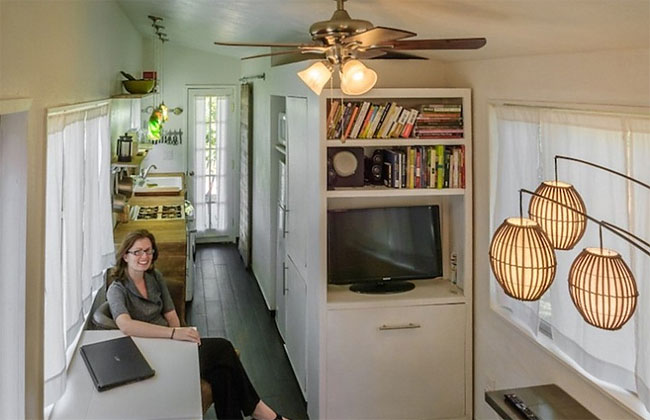 Macy Miller began construction of the property in December 2011 and has plowed $11,000 of her own money into the tiny home. 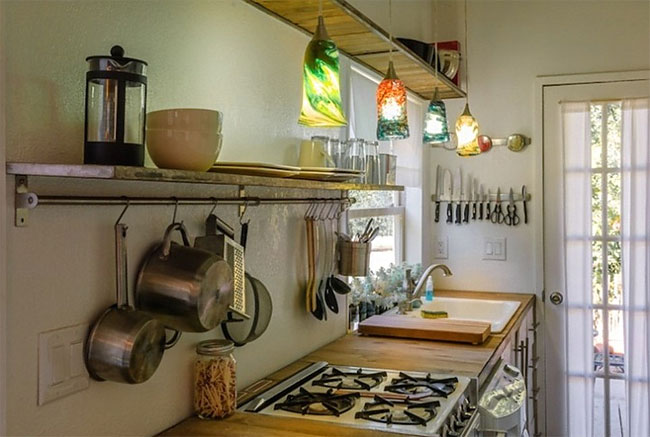 The kitchen is powered by gas and the home is currently hooked up to the power grid – but soon Macy wants that to change. 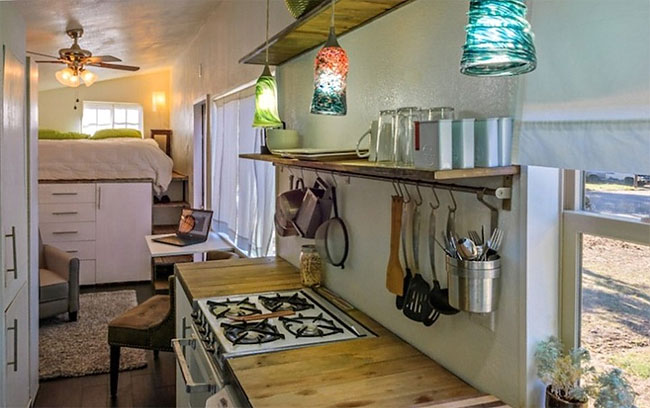 Macy’s bed is above her cupboards which is just behind her living room to the rear of her kitchen. 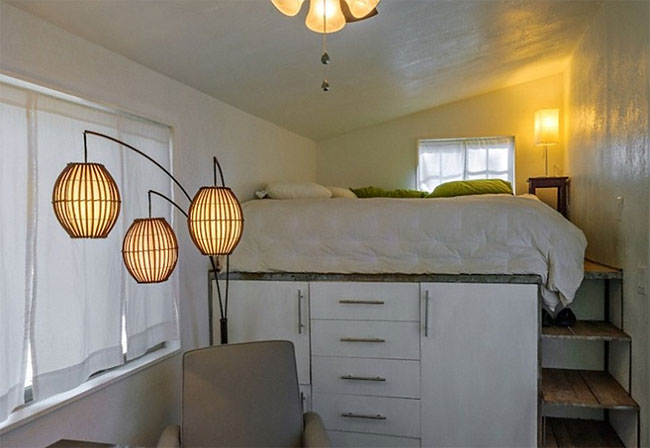 Creating her plans for the house from scratch, taking influence from other tiny home residents, Macy invested $10,000 initially in her new home.

New McDonald's Building In Chicago Draws Comparisons To Apple Stores
Skyscraper Competition Proposal Involves Erecting Towers Within World's Largest Trees
The Interior of the Fourviere Basilica in Lyon
How Remote Russian Places Would Look Like If They Had A Bit More Care
Facebook's New Headquarters in Menlo Park, CA
Oreo Built a Doomsday Vault in Norway for Cookies to Preserve Them for Generations to Come
The Cube Project
Renting In Mumbai Per Square Foot
Underwater Restaurant Has Been Completed In Norway And It Looks Out Of This World
ZFC-1: The Real Zombie Fortification Cabin
CyberHouse: Russian Architects Make Tesla Cybertruck Inspired House To Survive A Nuclear Apocalypse
“Potemkin Village” - A Fake Urban Decorations Among The Ufa City
This Curvaceous Wooden House Sits Among The Trees
Abandoned Olympic Venues Around The Globe
The City that Builts into the Rock
Terrifying Russian Architecture Which Looks Better From Above
European Communities by Immo Klink
Incredible Looking Home Made Entirely From Shipping Containers
Walkie Talkie Building in London Creates 'Death Ray' with Reflected Sunlight
Jakarta Built A Surburban Village On Top Of A City Mall
Michail Georgiou Designs A Small Chapel In Cyprus With A Welcoming Form
Chinese Man Builds 7-Story Home For Dead Brothers
Roll It: Experimental House
Megaupload Boss Kim "Dotcom" Schmitz's $30 Million Mansion and Luxury Cars
Living On The Edge Of The Icelandic Cliffside Retreat
The Colossal Beauty Of Portland Bridges Captured By David McLaughlin
Atmos Studio Creates Amazing StairStalk Staircase For HIDE Restaurant In London
BP Bridge in Millennium Park of Chicago
The Desert House: A Landmark Of American Organic Architecture By Kendrick Bangs Kellogg
How North Korean Architects Envision the Future
built, scratch