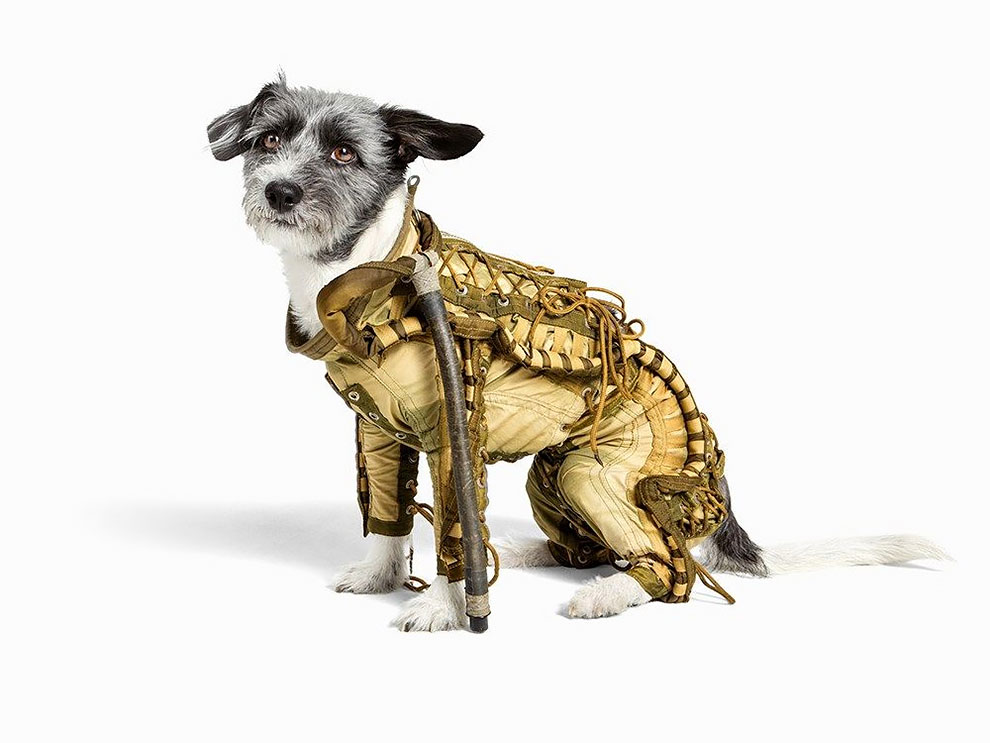 Made out of cotton, nylon, rubber and aluminium, this suit is believed to have been worn by Belka and Strelka, the first two dogs to return from space back in 1960. It was used for the USSR’s Korabl-Sputnik 2 mission during the training phase, where the dogs strapped into capsules wearing the suits and launched 262,500 feet in the air before returning to the ground on parachutes. The training was meant to test the effects of low gravity and high-speed launches on the animals.

While the US used chimpanzees in their space race tests, Russian scientists chose dogs, because of their willingness to sit still for long periods. Some of the tests involved strapping dogs into capsules and launching them to a height of 80 kilometres. The capsules then returned to Earth by parachute.

The dog Laika became the first animal to orbit the Earth in 1957, dying from stress and overheating around 6 hours into the flight. Belka and Strelka were luckier: in 1960, they became the first dogs to return to Earth safely, having spent a day in space.

Strelka subsequently gave birth to six puppies, one of which was presented as a gift to John F. Kennedy’s family. 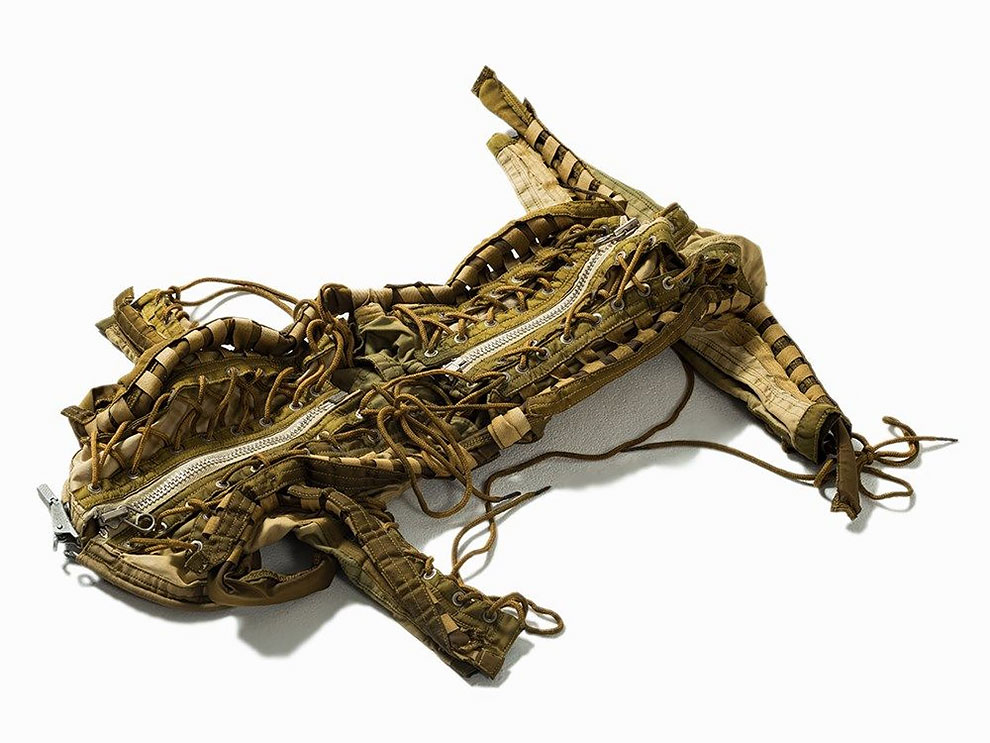 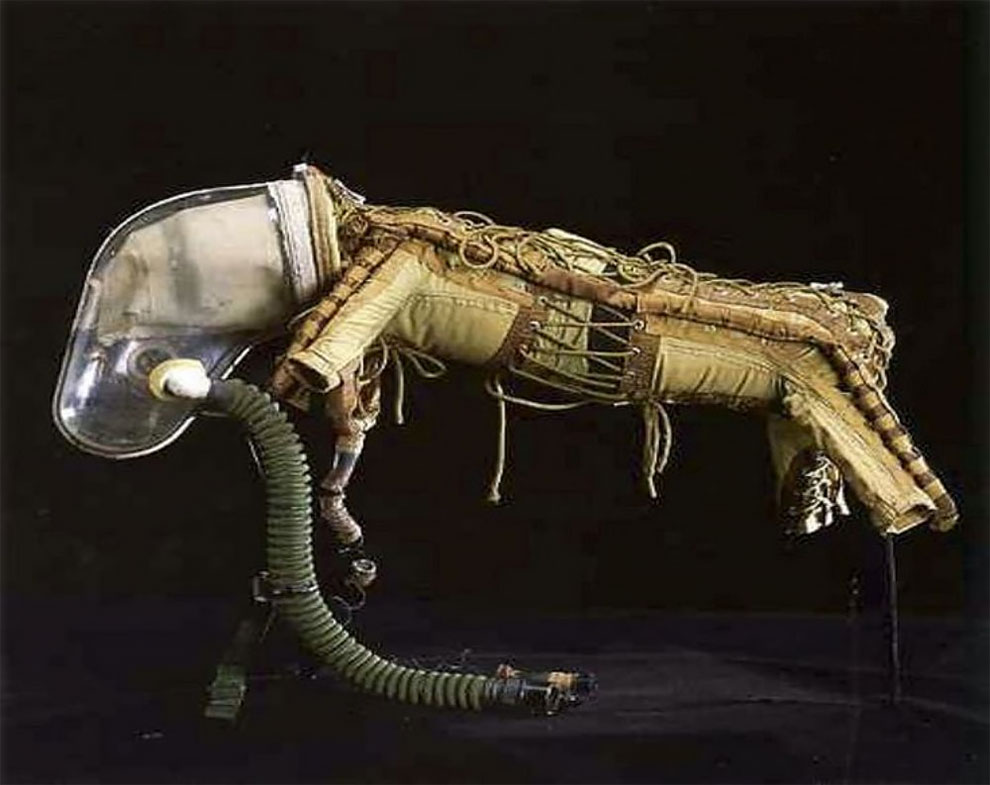 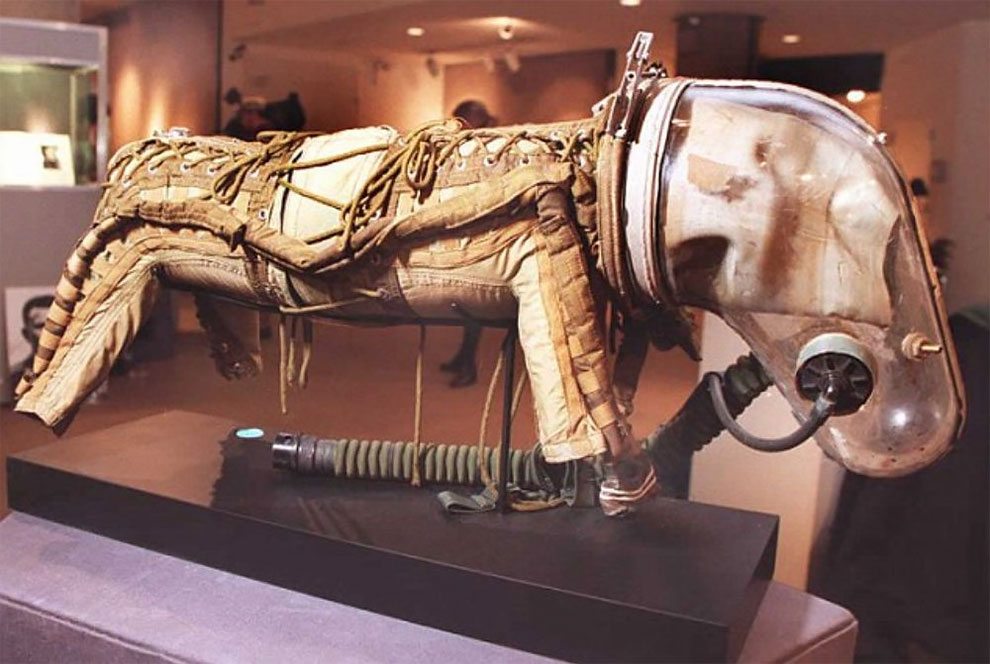 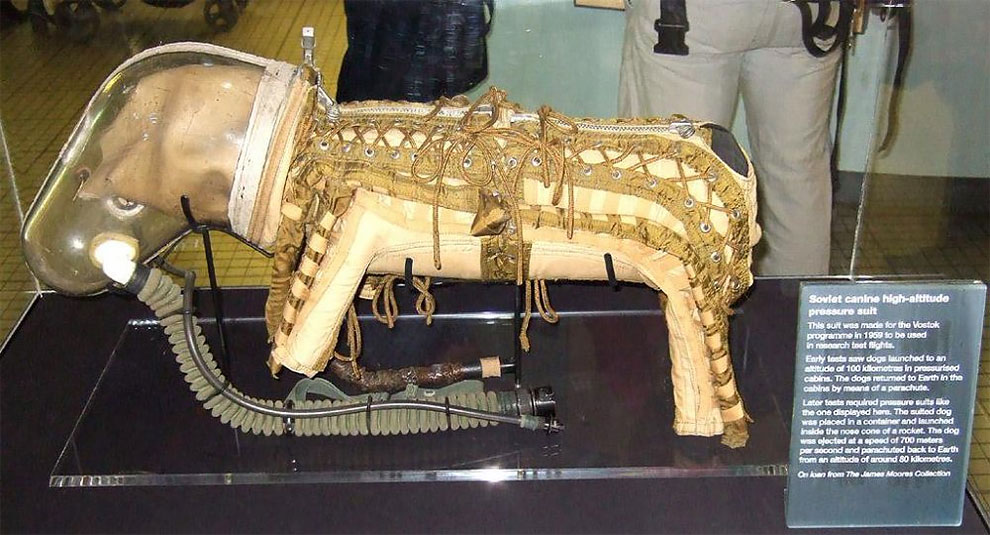 Fight!
This Instagrammer Photoshops Pets In An Unexpected and Creepy Way
Dogs Ease Namibia's Cheetah-farmer Conflicts
Award-Winning Shots From The 2012 Underwater Photo Contest
Human Builds A Dragon-Shaped Cardboard House For His Cat In Order To Please His Master
Real Life Sized Soviet Era Motorbike Made Of Wood
This Adorable Cat Just Got A Much Deserved Promotion
"Spring And A Girl": Cute Friendship Between A Snow Fox And A Human
Dogs At Work
Winning Photo From The Agora #reflections2019 Contest Hides A Shocking Truth About Global Warming
Rare And Sentimental Photographs Of Homeless Children In Soviet Union In The 1920s
How To Be A Cat For Dummies
This Guy Makes 3D Printed Helmets For His Cat
Hilarious Entries For The First Ever Comedy Pet Photography Awards 2017
Sad and Happy Moments on the Photos of Boris Register
This Artist Shows What Everything Would Look Like If It Had A Cat’s Face
Entries of the Scottish Seabird Centre's Nature Photography Awards
Not Quite Thigh High
Meet the Charismatic Pug Norm
Funny Greeting Cards Featuring The Thoughts Of An Angry Cat
Beautiful Photo Session In Traditional Costume From The Region Of Łowicz In Central Poland
Japanese Art Student’s Graduation Project Is A Lineup Of Cats Adorably Asking You For High Fives
This Instagram Account Collects Photos Of Cats In Small Shops Looking Like They Own The Place
2015 Africa Geographic Photographer of the Year Award
costume, cutest, soviet, spacesuit, today