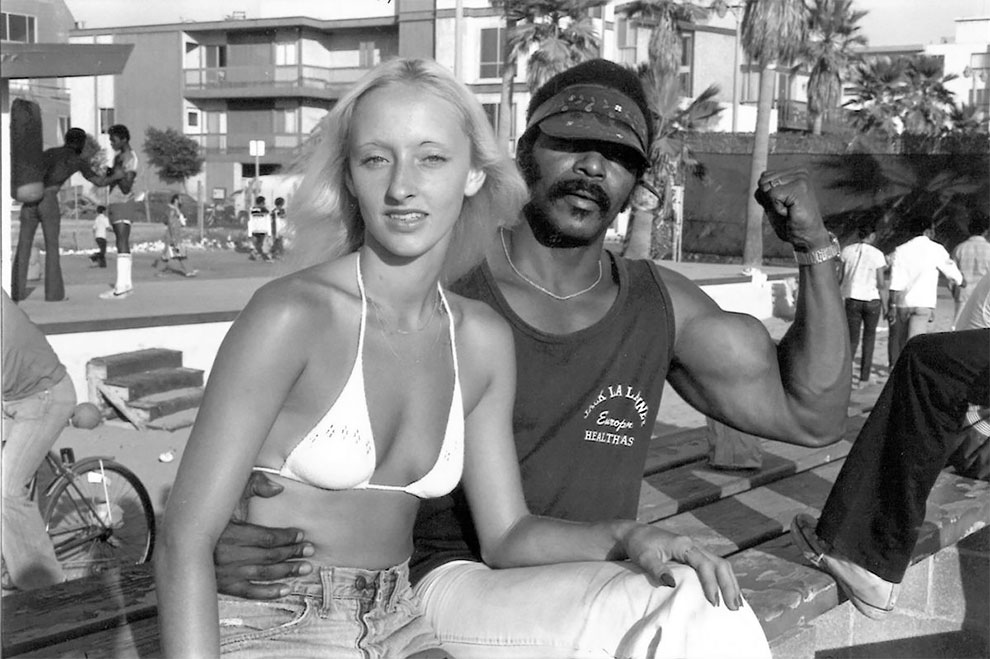 Sun-bleached babes, roller skates, cruisers, Vans, campers, corduroy OP shorts… The smell of the ocean, the feel of sand on your feet and the burning of incense bring back the memories of a golden era in Venice Beach.

In 1978, photographer Bill Aron and his family moved to California where he didn’t want to go. His wife had landed a job as a professor here, but he was just getting established as a photographer in New York. So his wife told him that he could pick what neighborhood they would live in, and he chose Venice, which was still affordable back then.

“On weekends, my dad would take his camera to the boardwalk and photograph the scene, which in fact had just become a scene,” Hillel Aron said about his dad. “Thanks to a newly installed bike path, the rise of disco music and the invention of the polyurethane wheel, which made rollerskating on the street viable.”

“I was born in the summer of 1979,” he added, “and my dad used to push me along in a stroller and photograph everyone hanging out there — the rollerskaters, the body builders, the sunbathers, the sidewalk vendors, the street performers, the daredevils, the musicians, the dope smokers, the hippies, the derelicts. My dad says they all knew me as a baby — except they all pronounced my name wrong.” 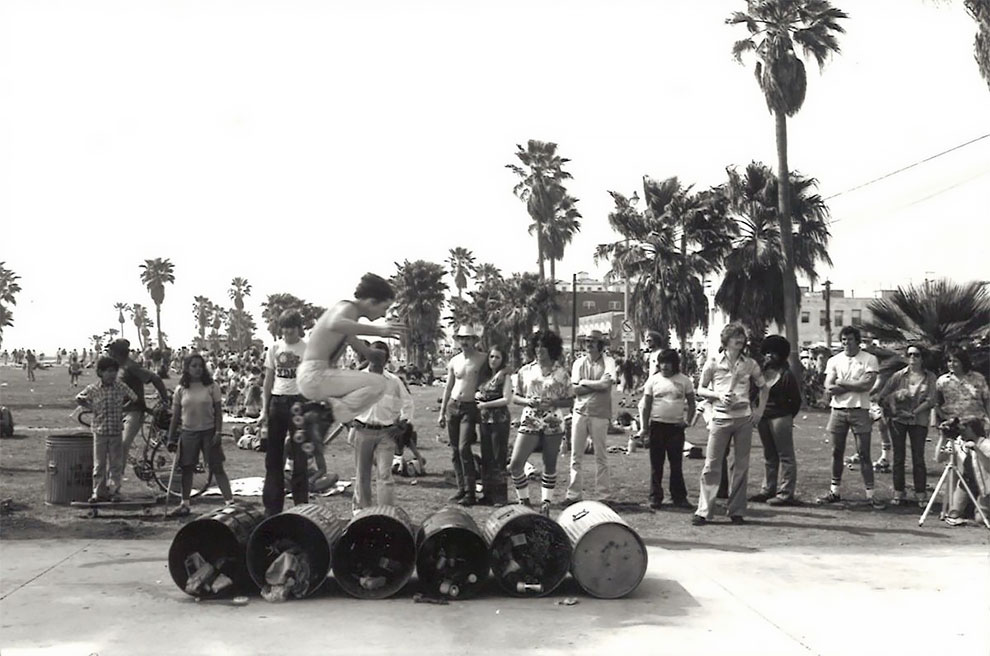 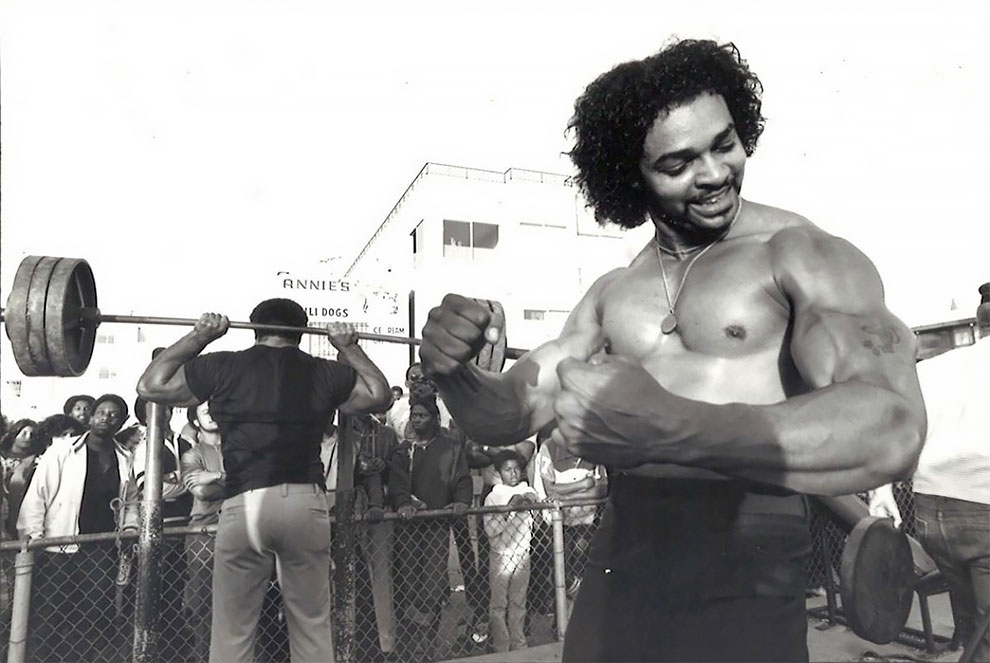 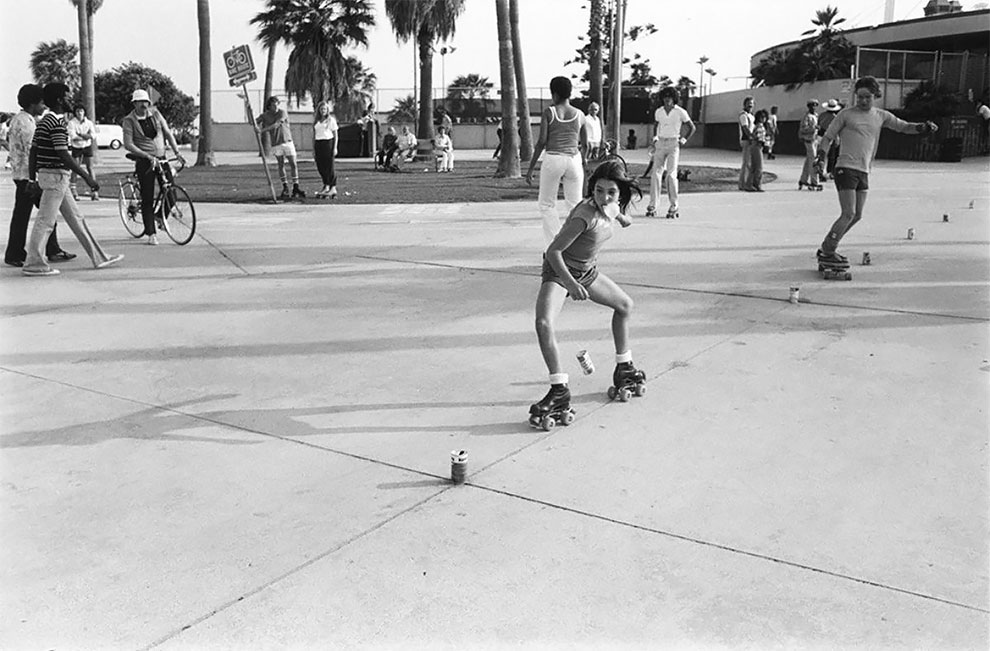 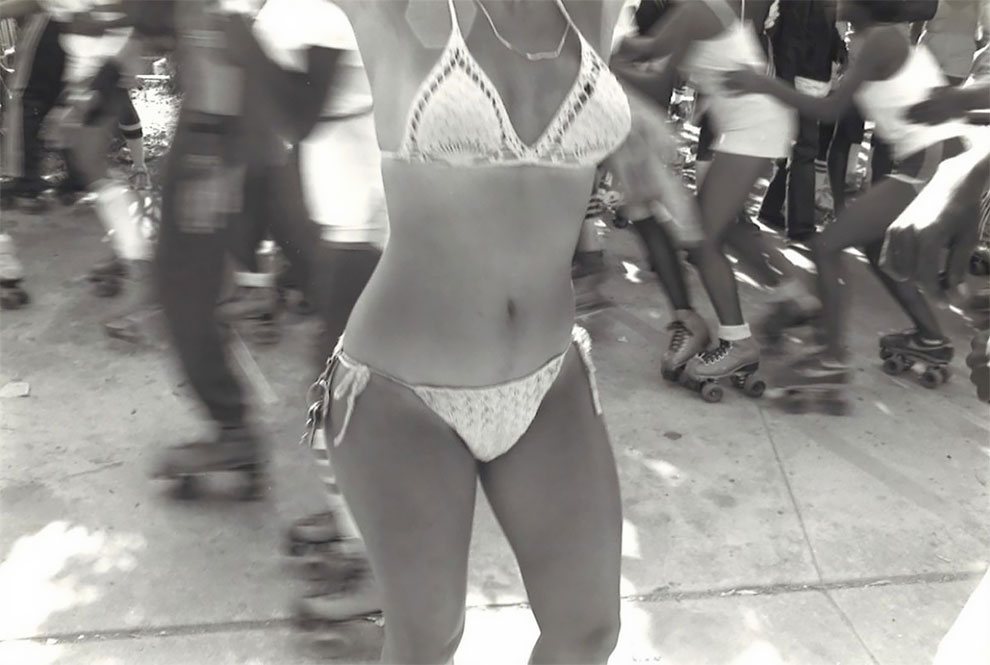 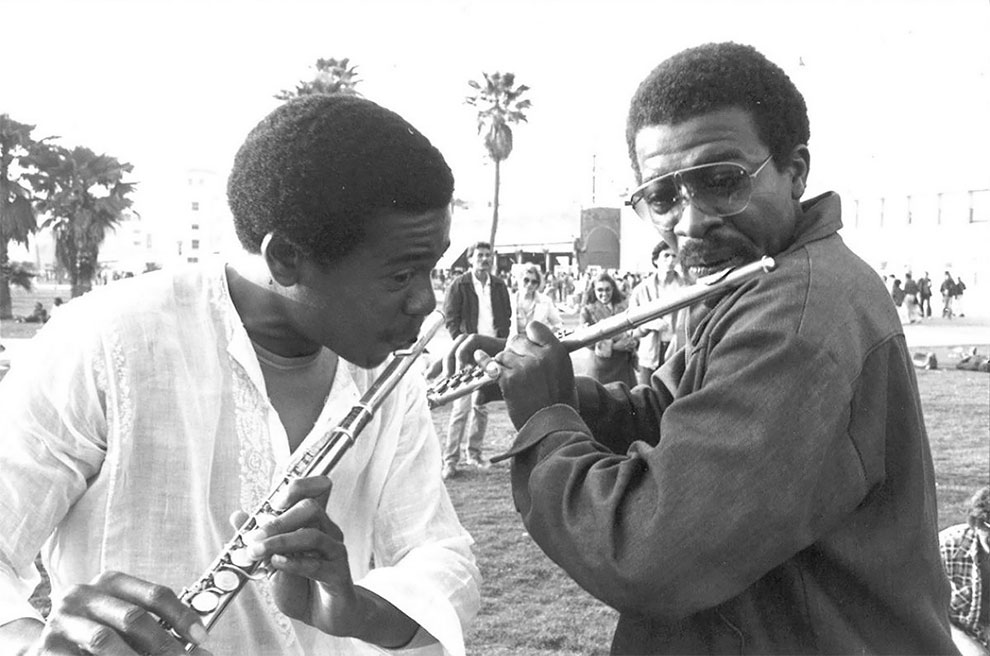 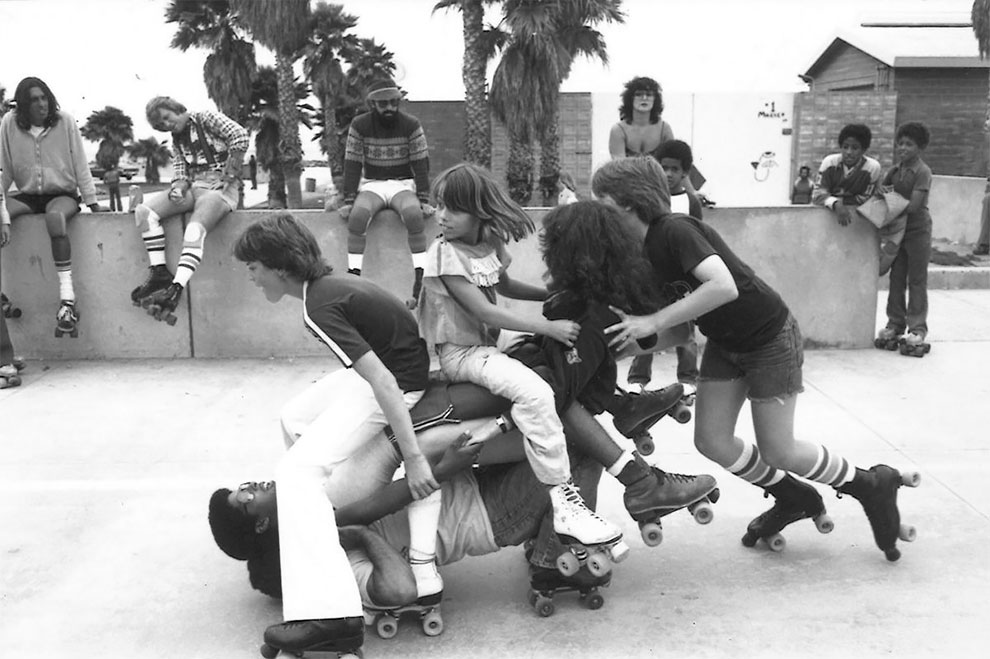 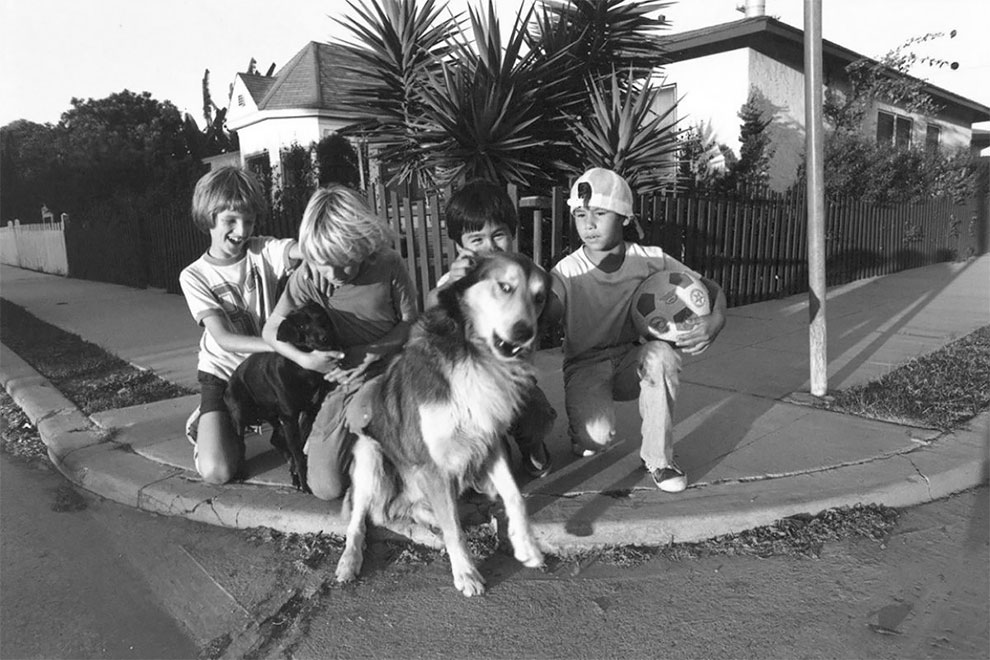 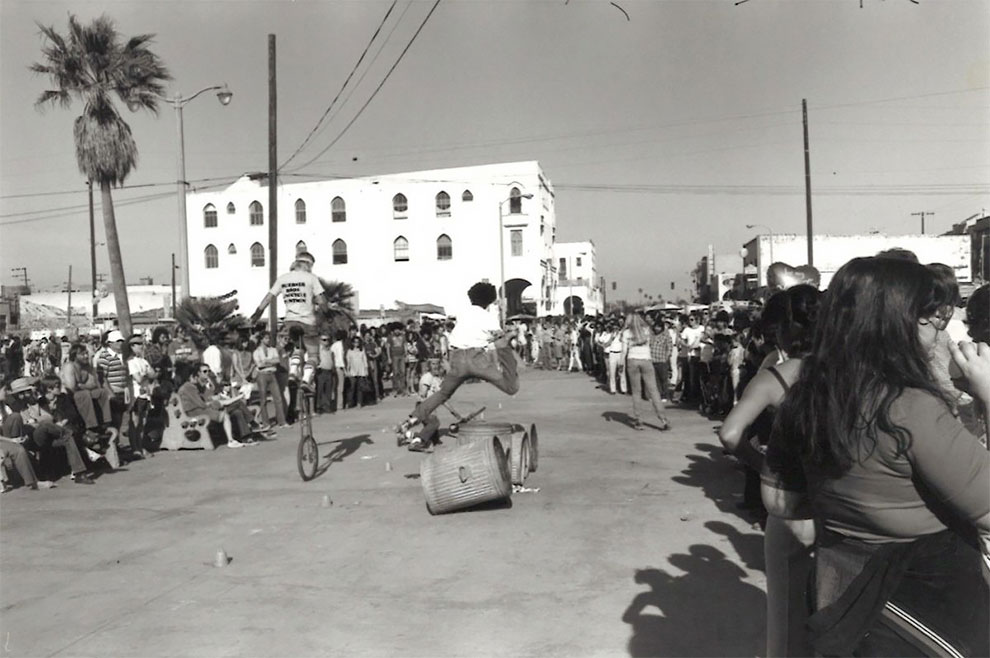 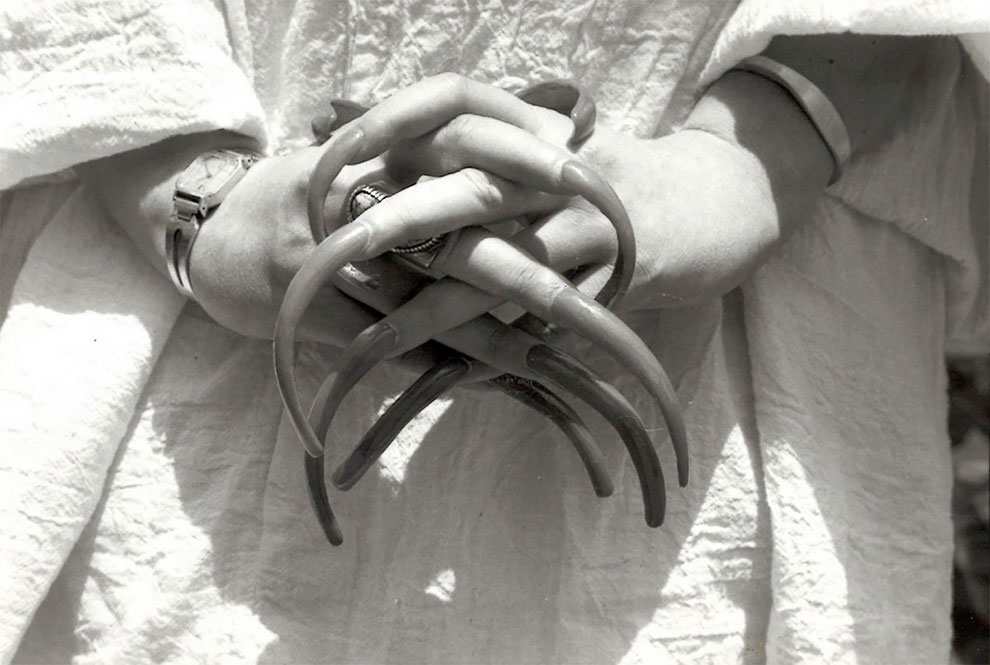 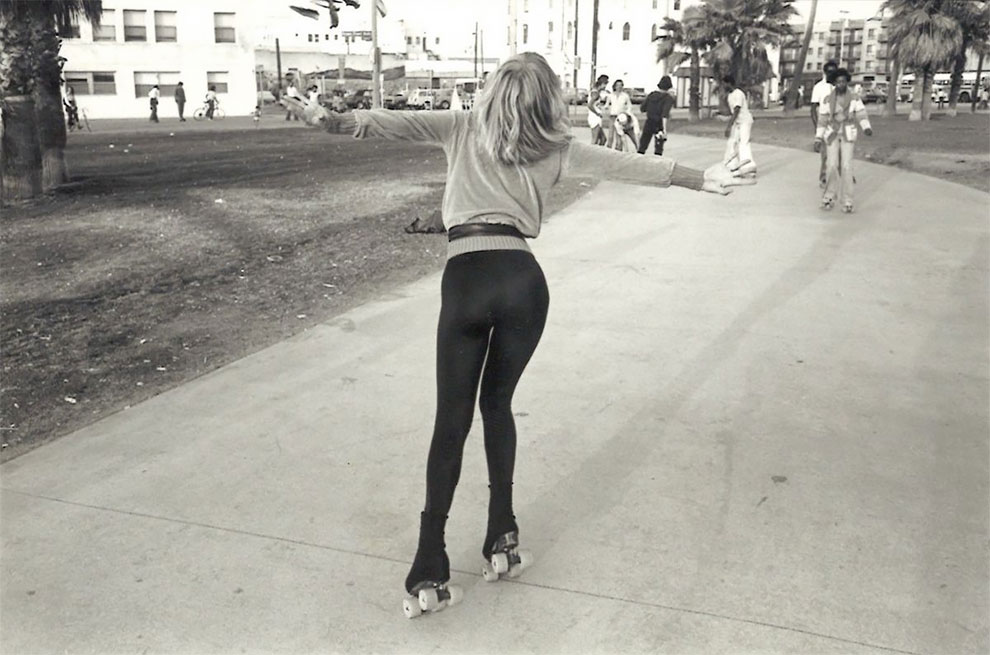 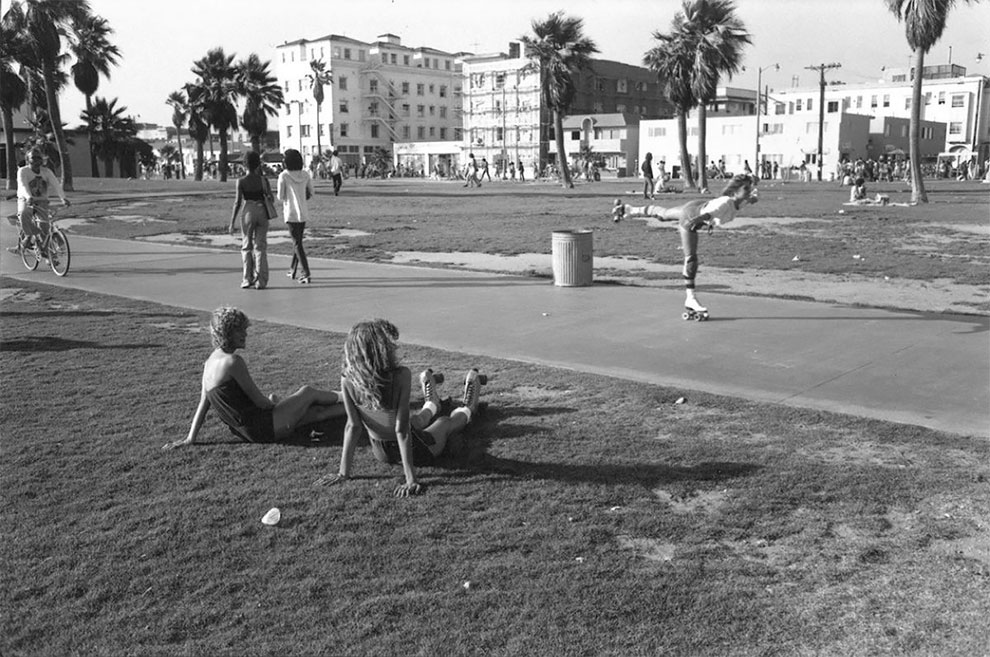 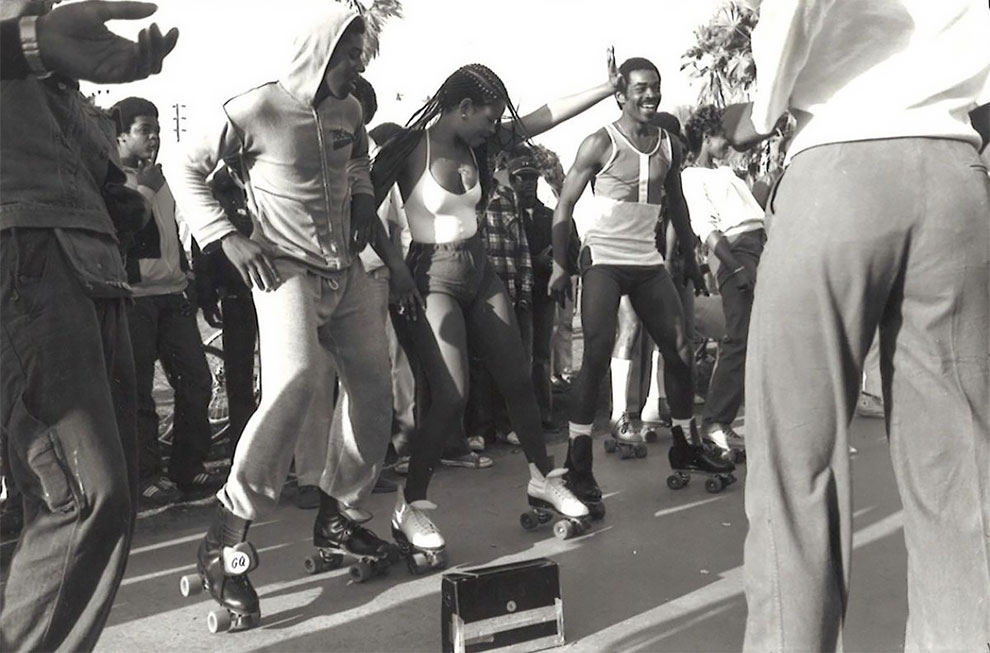 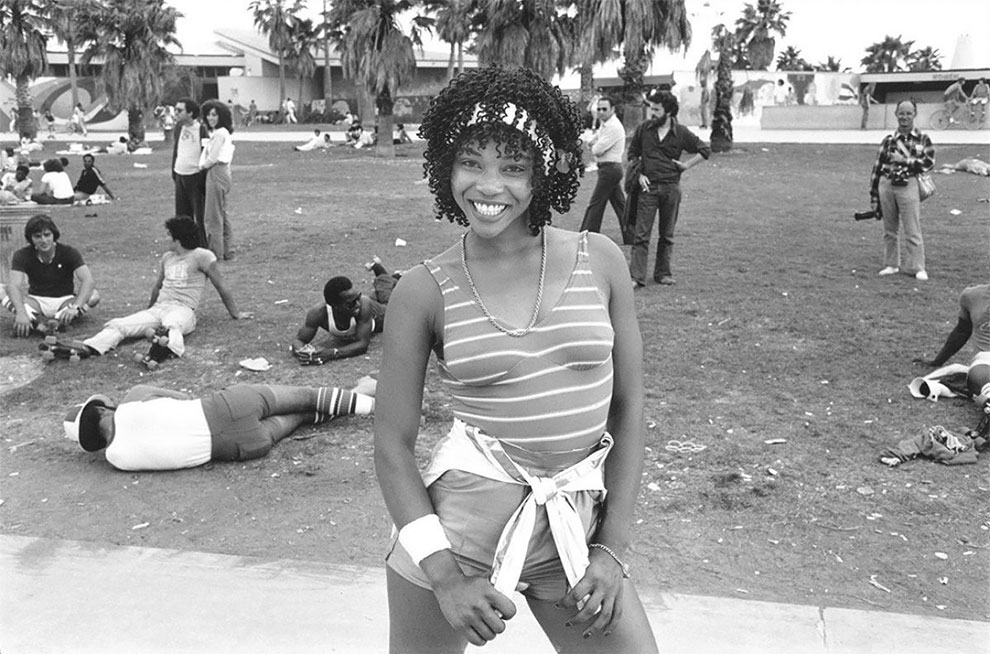 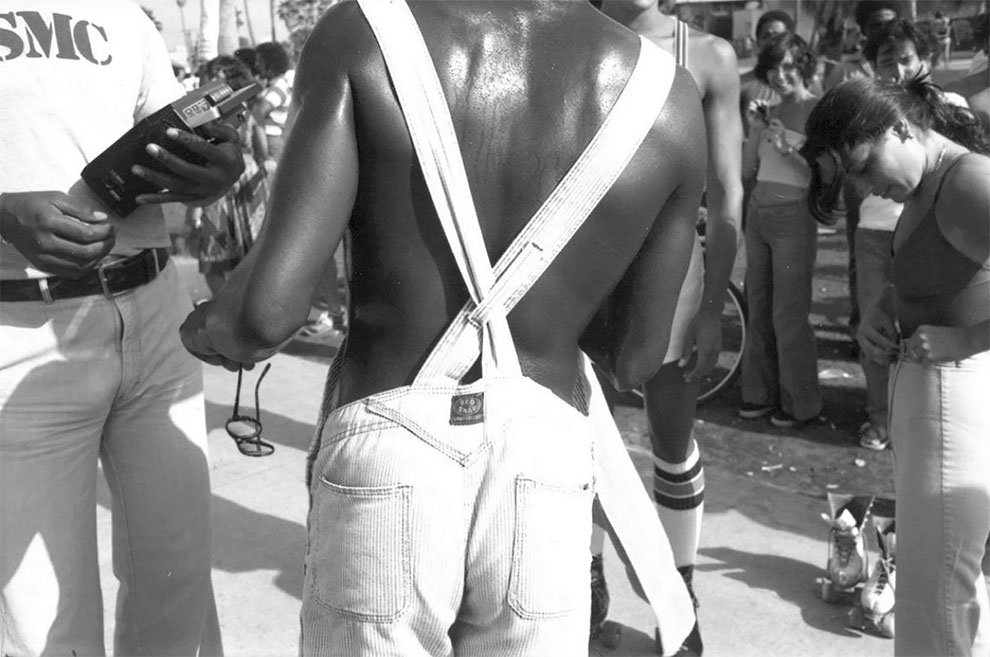 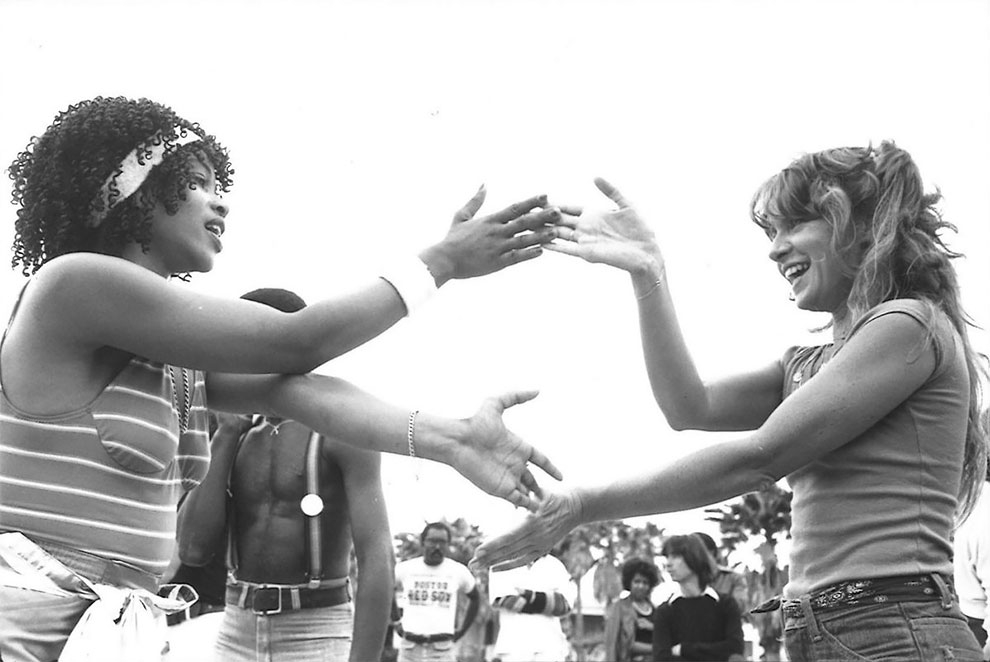 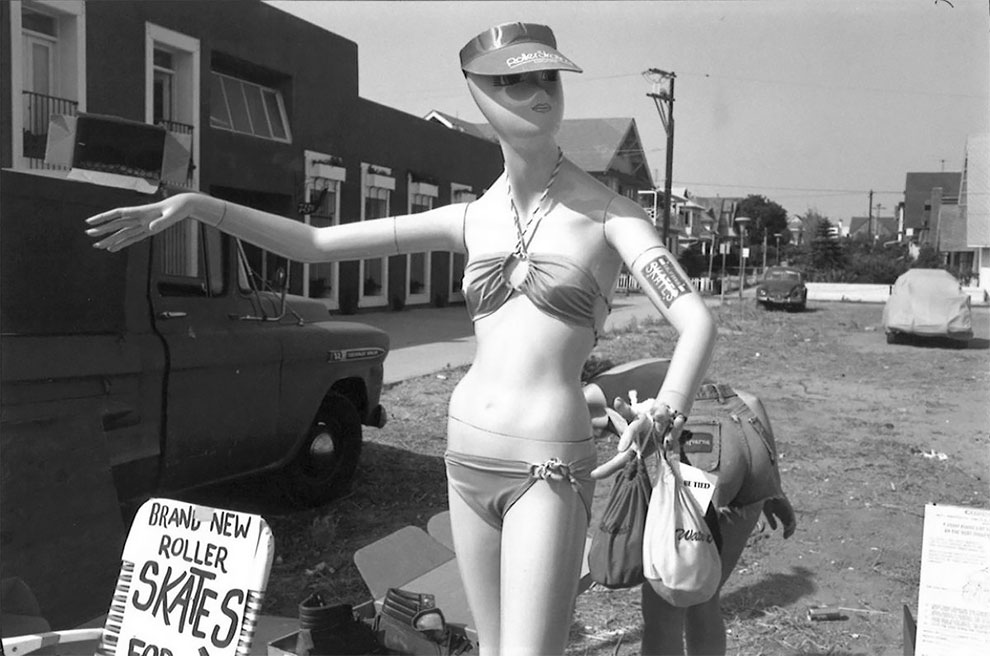 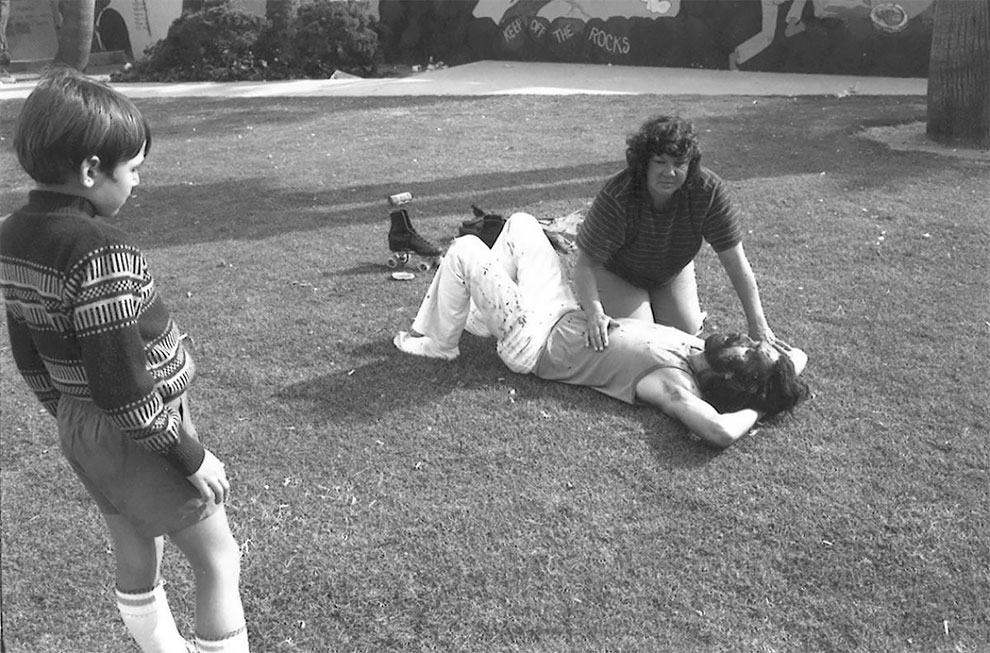 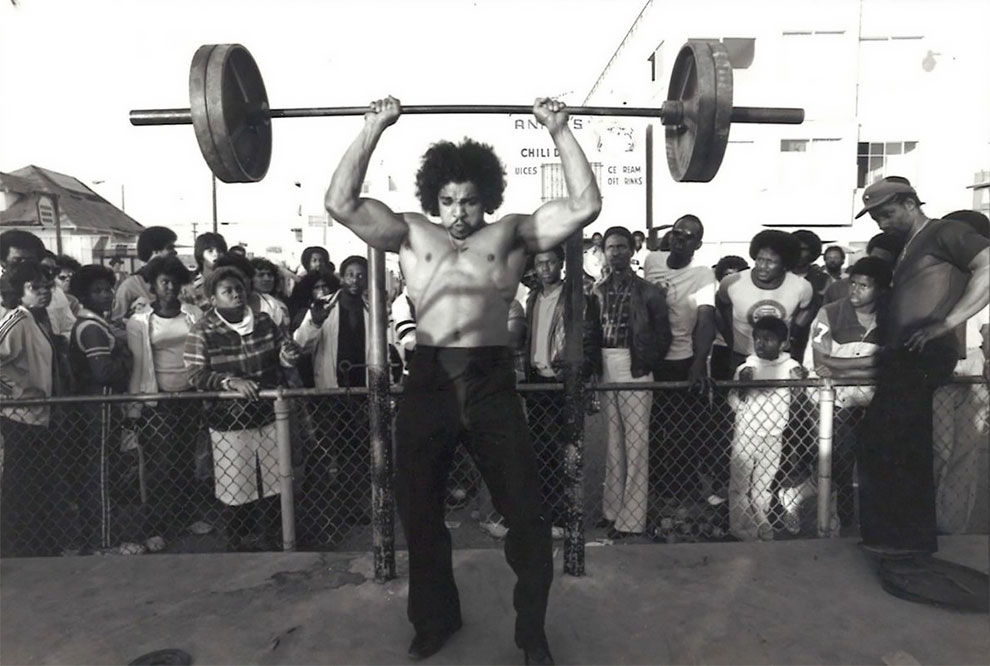 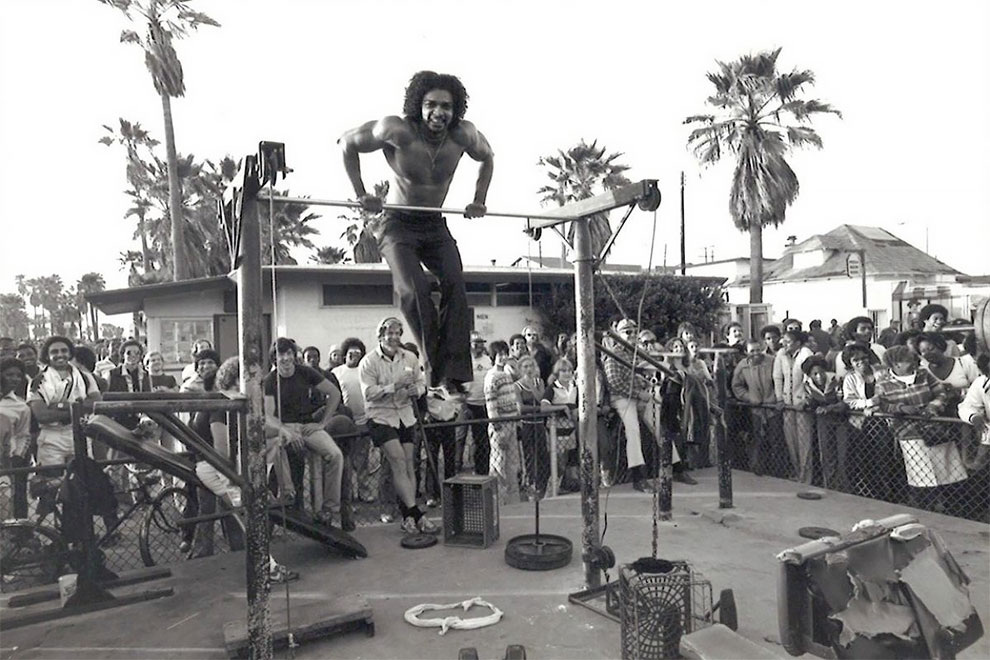 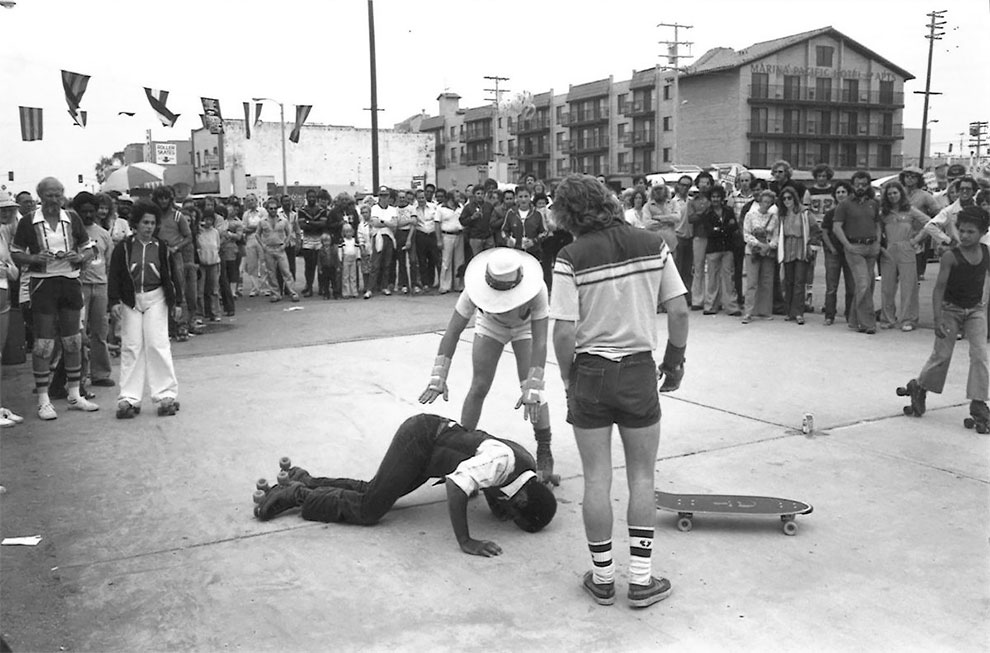 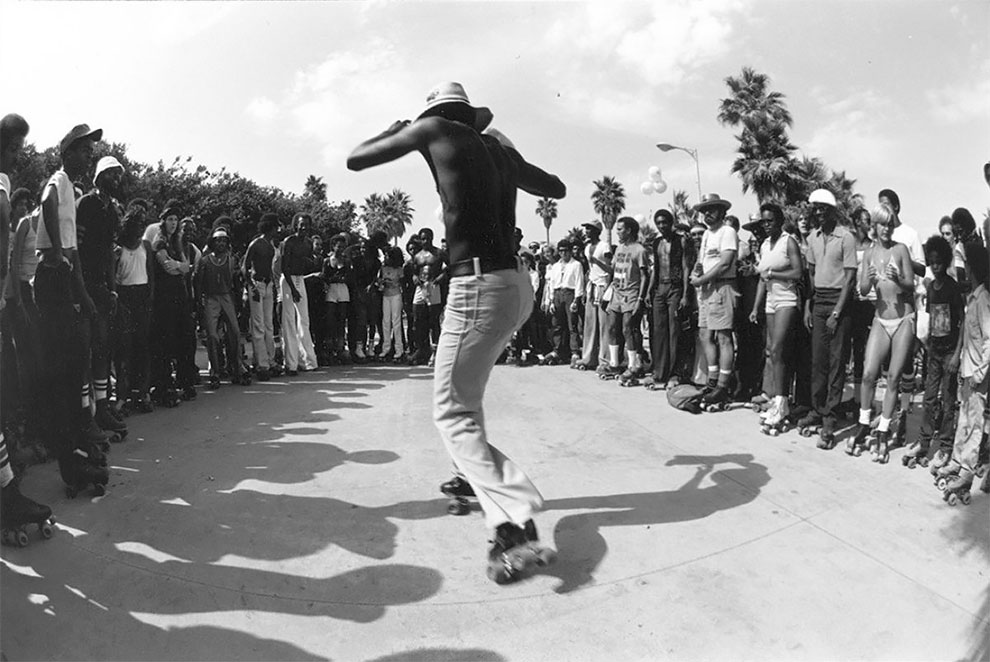 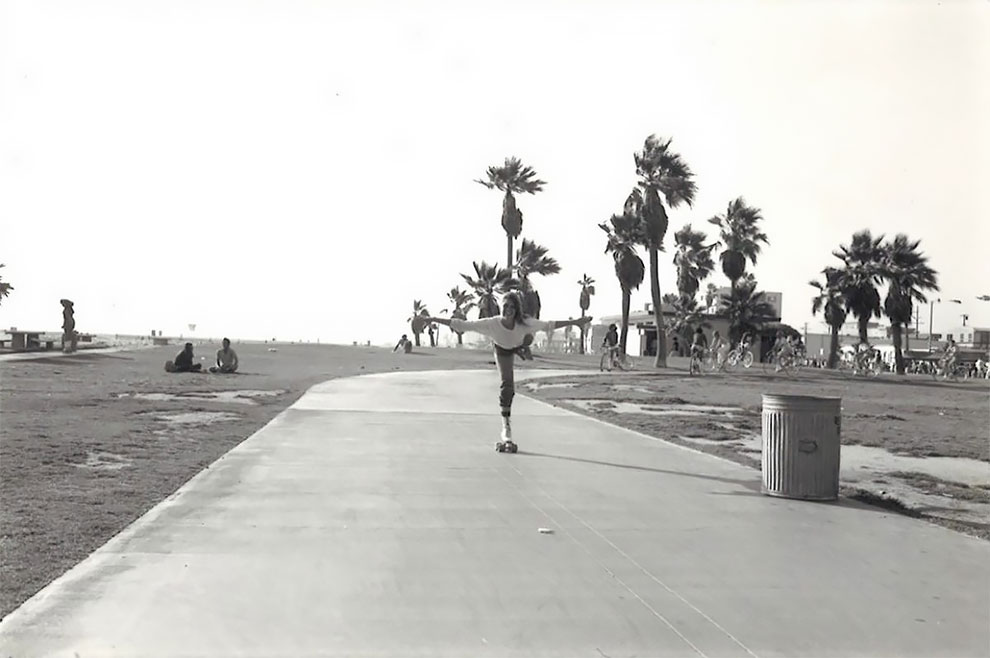 Last Days of Autumn Season
Italian Photographer Expresses His Inner World Through Emotional Photographs
"Anti-Selfies": Artist Lies Facedown In Tourist Spots And Pretends To Be Dead
Best of The Washington Post Photography 2014
Majestic Photos Of Mount Fuji At Dawn That Will Inspire Your Week
93-Year-Old Grandma & Her Grandson Dress-Up In Ridiculous Outfits, And It’s Brilliant
Rare Photos That Captured Incredible Moments from History
These Powerful Images Capture The Spear-Wielding Tribes Of Papua New Guinea Who Believe They Are Possessed With The Spirit Of The Crocodile
Meet Ellen Sheidlin, The Russian Instagram Princess
Georgian Photographer Makes “Autoportrait” Series To Convey Her Feelings Towards Art
September 15: This Day In Photos From The Past
Dutch Impressionist Painter George Hendrik Breitner Took His Camera Onto The Streets Of Amsterdam In The 1890s
Bizarre Cameras Used Before GoPros Existed – This Is How People Filmed Their Stuff
Black and White Photos Show the ’80s Street Fashion Styles of Young People
You'll Love These Photos Of An Underwater Wedding In The 50s
These Amazing Drawings Appear To Jump Out Of The Page
"Midnight Gothic": Photographer Elsa Bleda Captures South African Johannesburg In Neon Nightscapes
Incredible Cityscapes And Urban Photography By Harimao Lee
Joel Meyerowitz - The Master Of Street Photography
Photographer Mirko Nahmijas Reveals The 'Star Wars' Architecture Of Soviet Belgrade
Black Holes By Aurélien Police
A Snapshot Explosion Of Big Hair And Boozing In The 1980s
Photographer Joaquín Lucas Has Created A Colourful Universe, Inspired By Wes Anderson’s Colour Palette
I Fought The Law: Photographs By Olivia Locher Of The Strangest Laws From Each Of The 50 States
amazing, black, capture, photographs, scenes, white