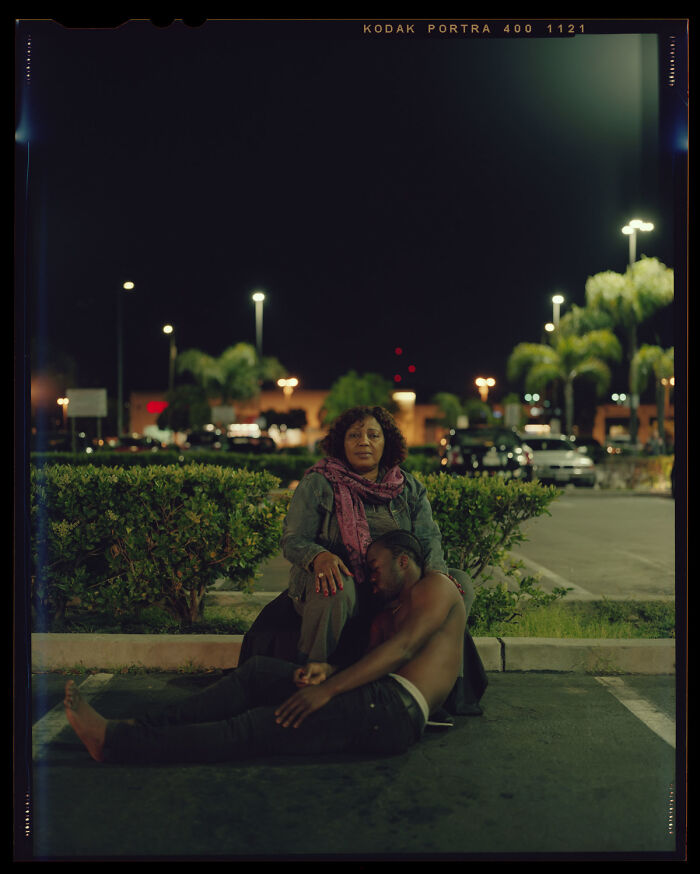 Artist Jon Henry started working on his photography series Stranger Fruit back in 2014. What began as a protest against senseless police killings of black people ended up being a lot of other things, too. Most notably, it’s an introspective mirror that allows viewers to examine their own take on the subject. The people we see in the photos are real mothers, posing in their own environment with their actual sons, reenacting what it must feel like to lose them. The mothers are isolated. Alone. Empty. When the trials are over and the protesters have gone home, when the news cameras are gone and nobody is around anymore, the mother remains on the site forever. There’s no peace of mind; the scene will always haunt her.

These mothers understand that this could happen to their family at any moment. 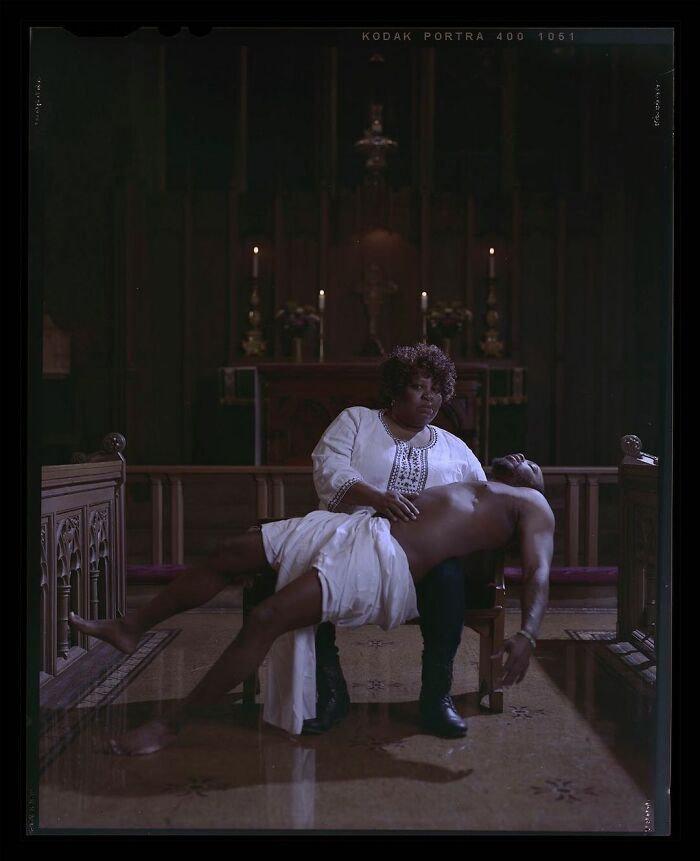 From a rural area in North Minneapolis to a street corner in Jersey City, Henry has visited a lot of places for the series. “I chose these locations because I could find subjects there,” the photographer told Bored Panda. “The locations are where the families live and work. I’m looking for areas that describe the city and/or state from a geographical and architectural point of view.” 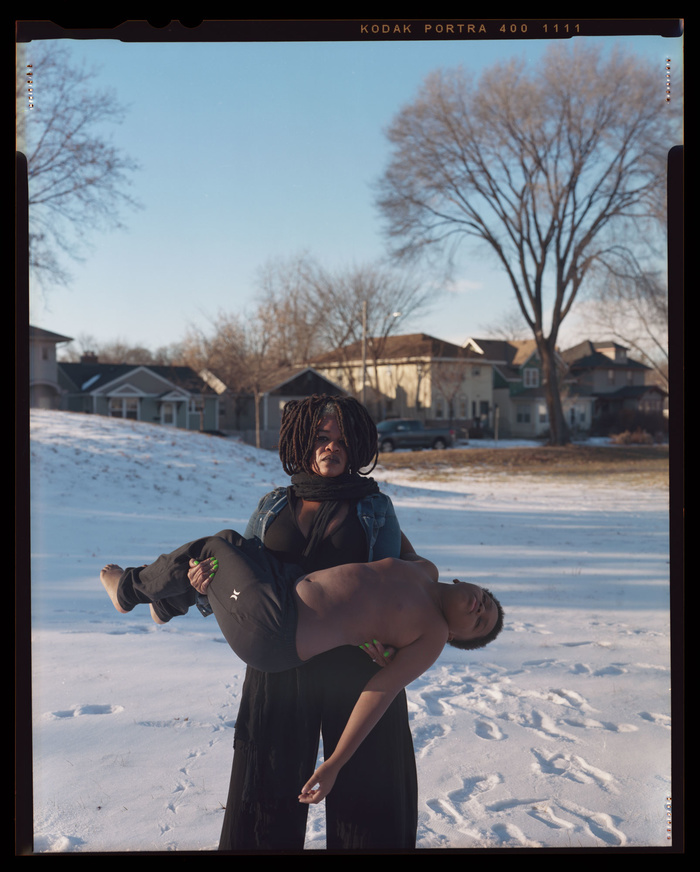 Even though these shots are staged, they radiate authenticity. “The families choose whatever they are comfortable with wearing, so that helps the natural feel,” Henry explained. “The comfort level with the family also helps the feel of the images. These aren’t actors, they are family that [really] consider these issues.” 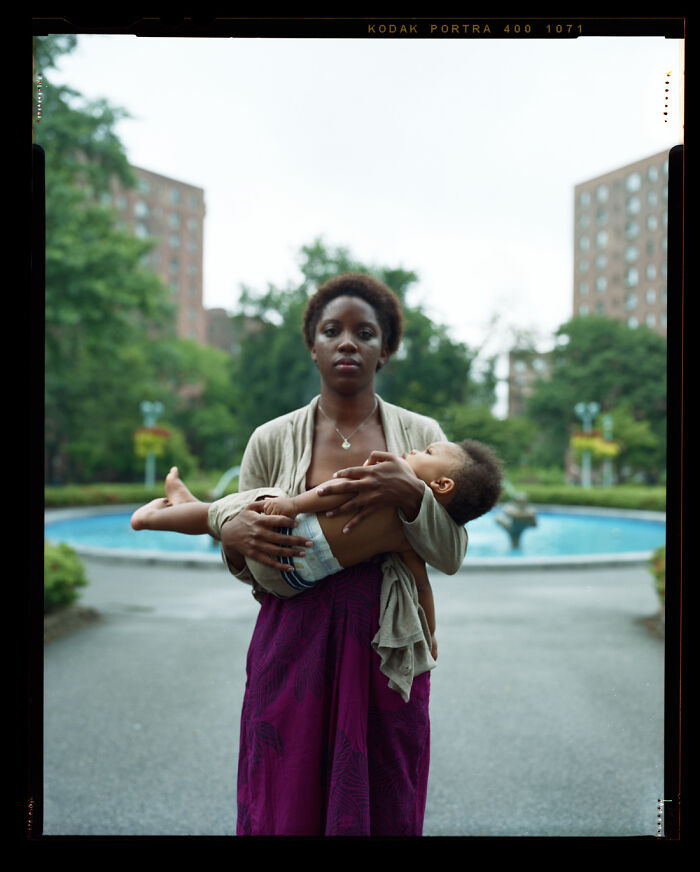 The photographer wanted the mothers to pose deadpan to appeal more directly to the viewer. And they do. They look directly in our eyes, as if asking, how do we feel and what are we going to do about this. “The viewer can make their own decision on how to respond to the images,” Henry concluded. 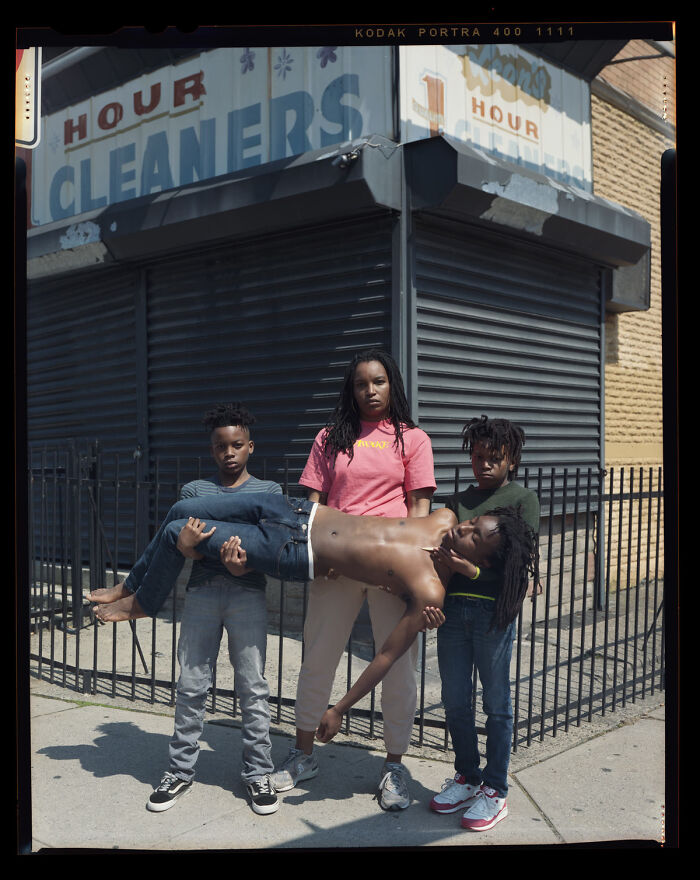 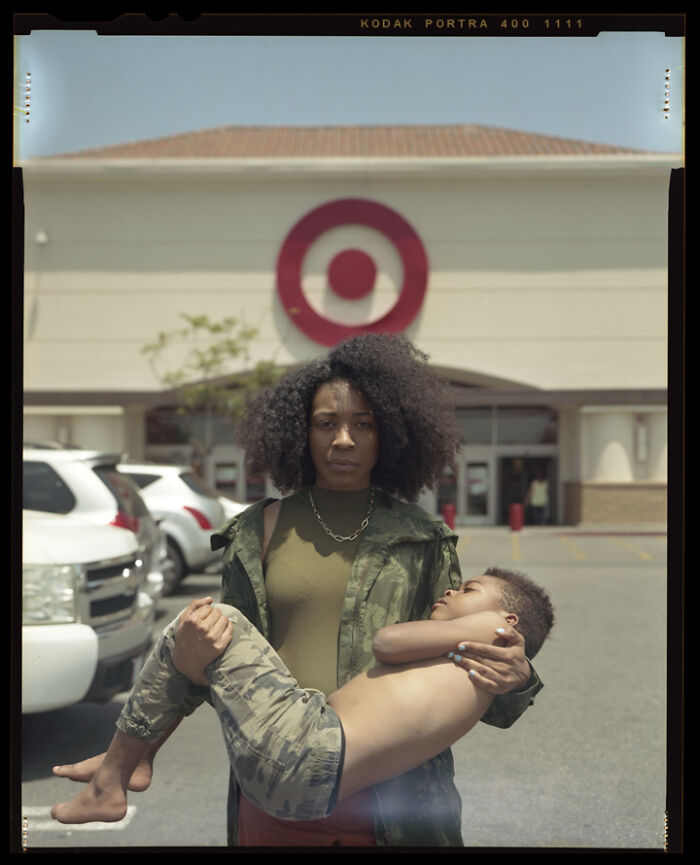 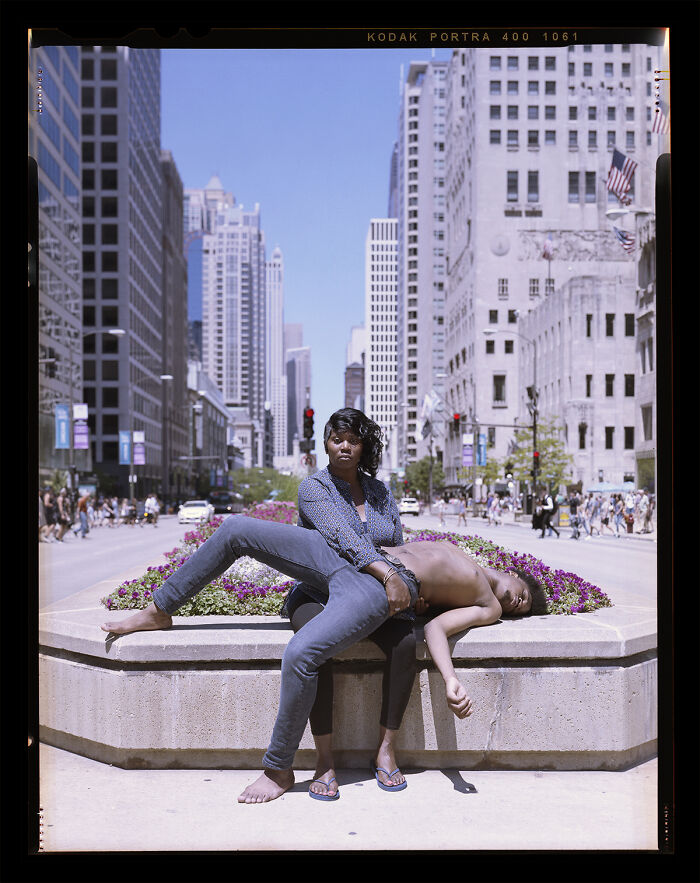 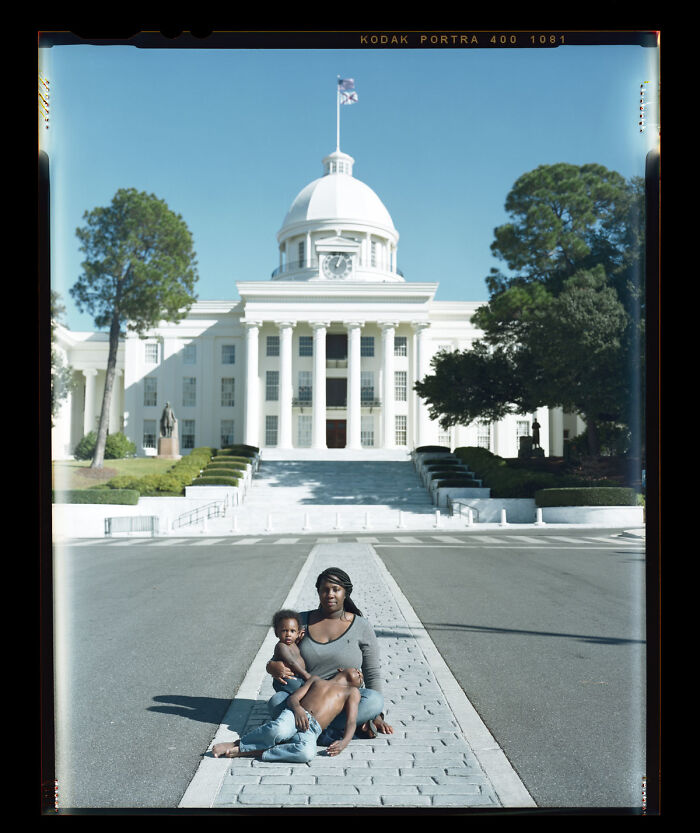 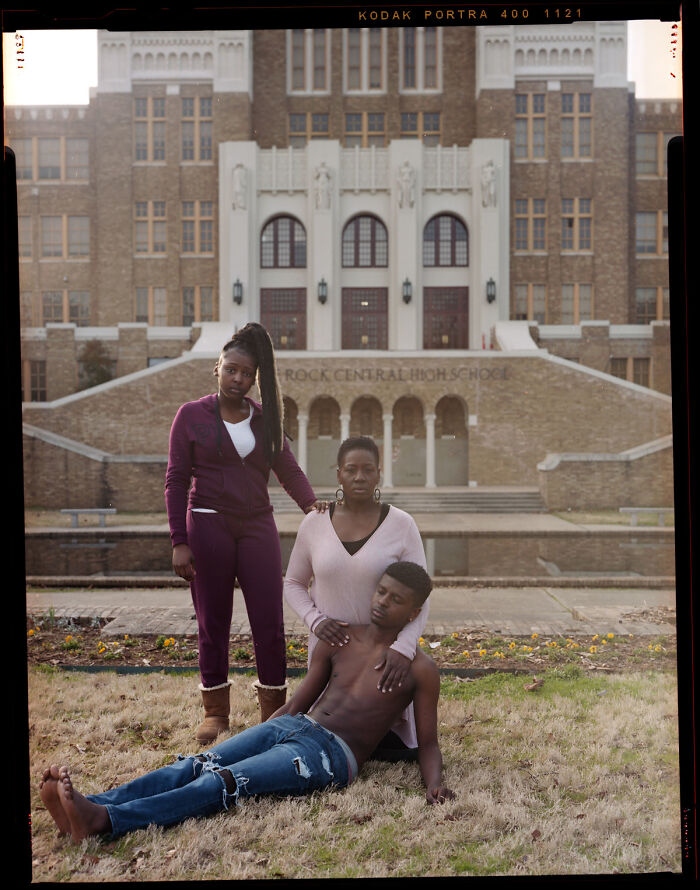 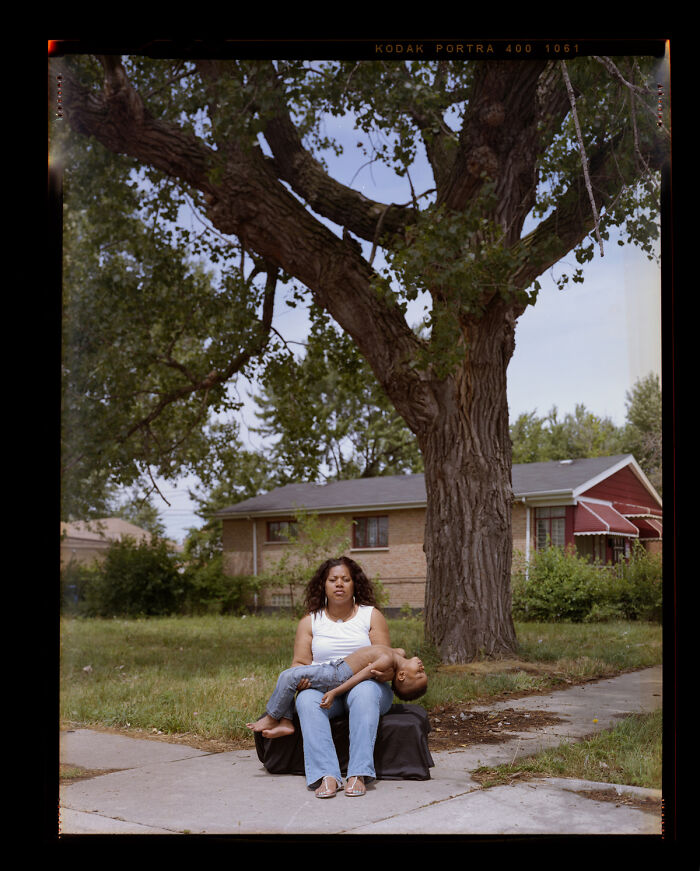 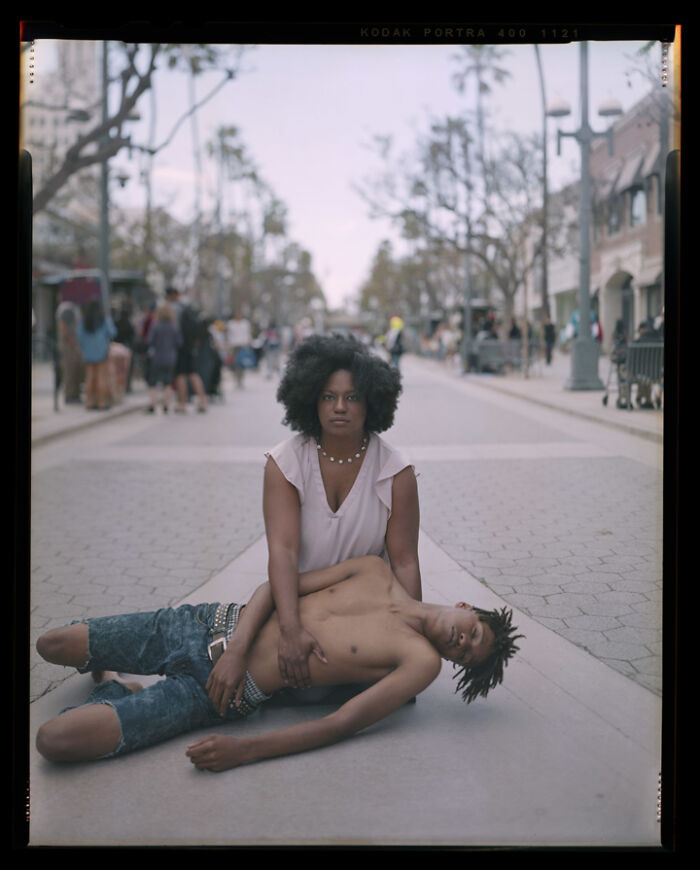 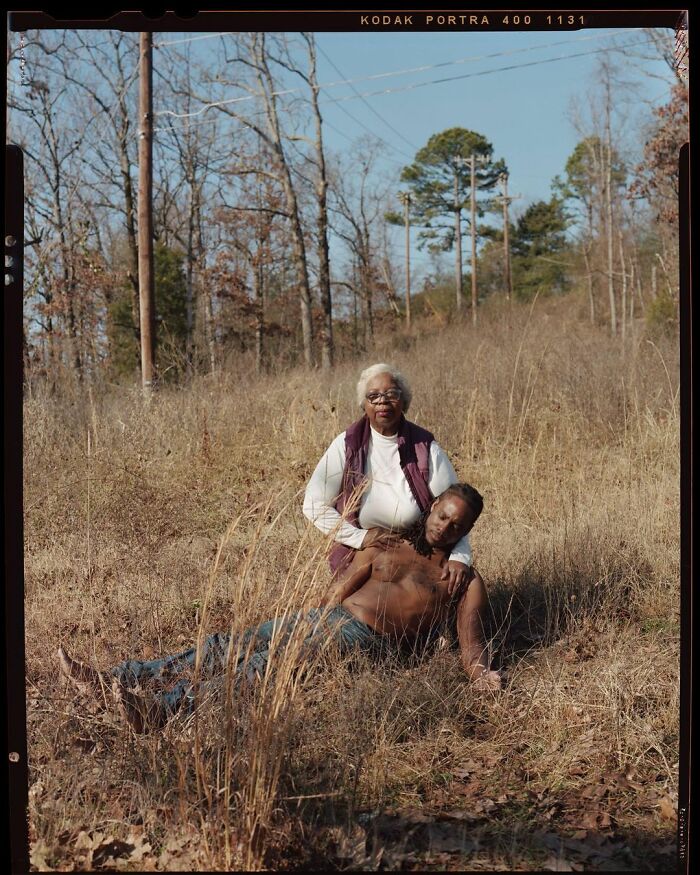 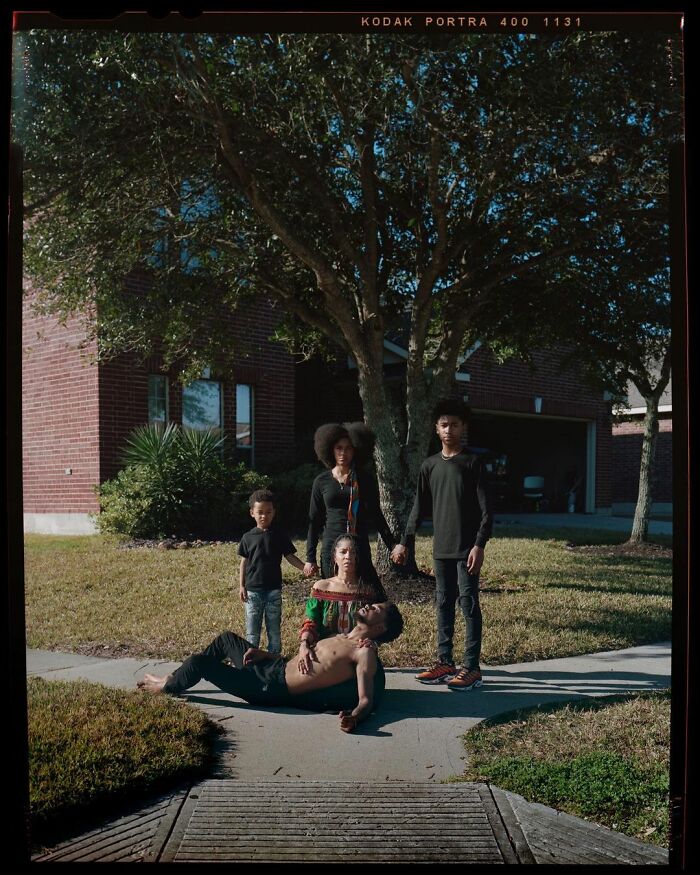 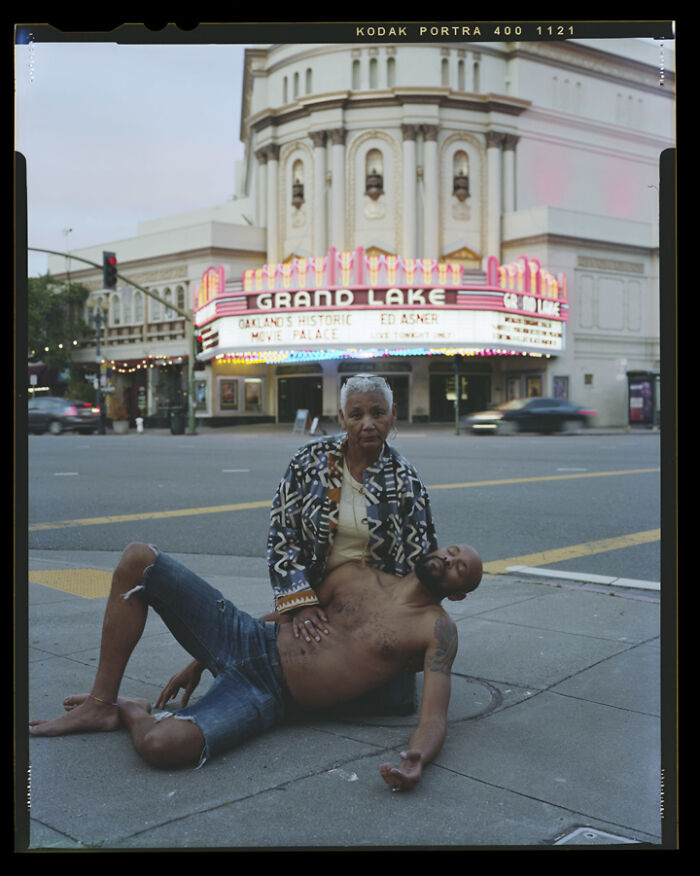 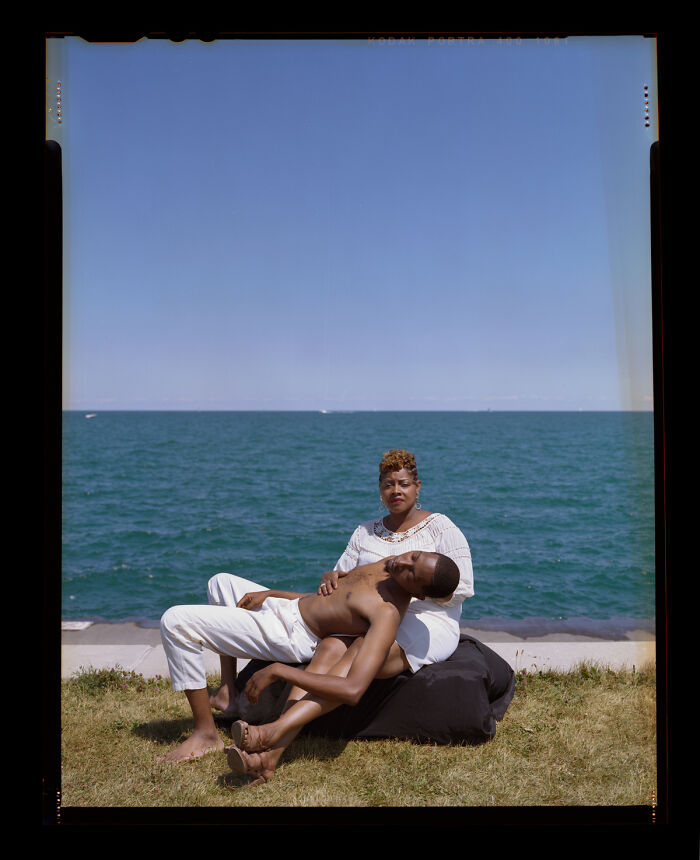 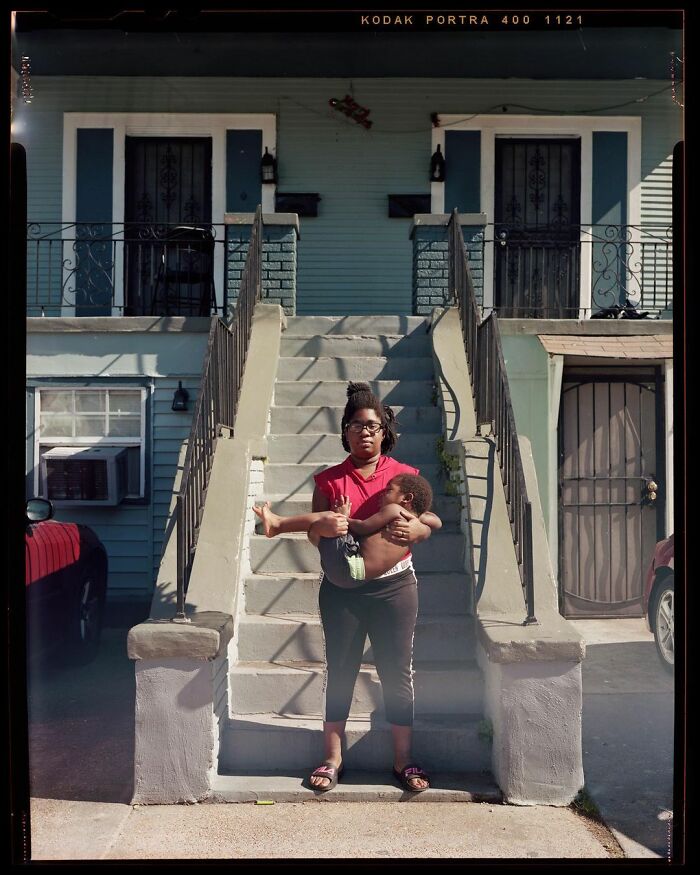 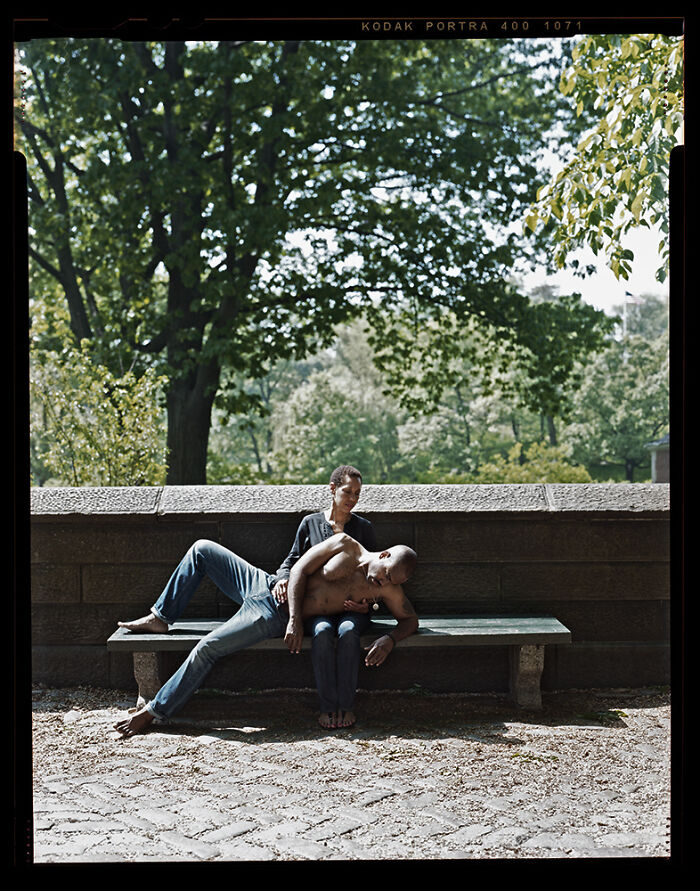 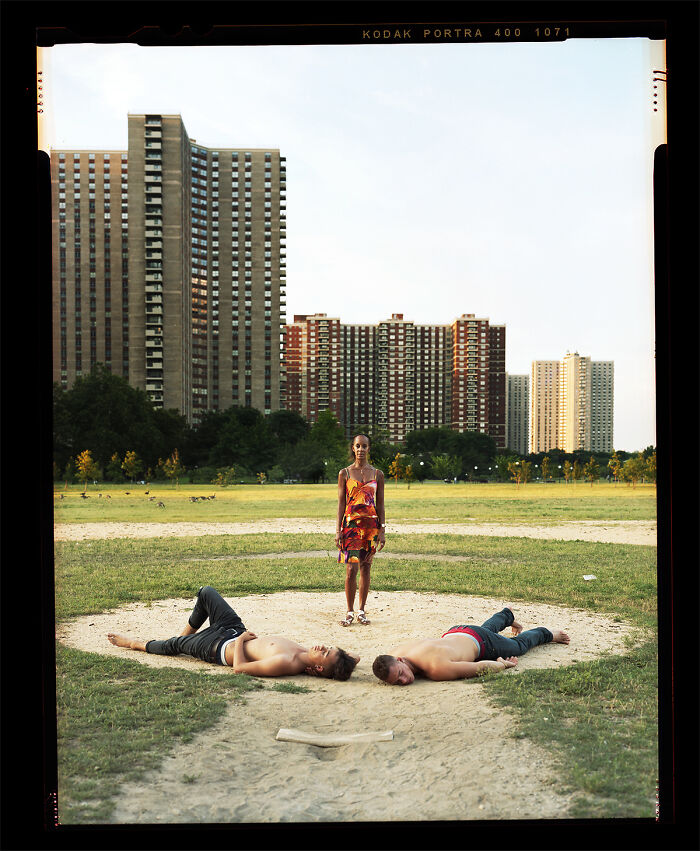 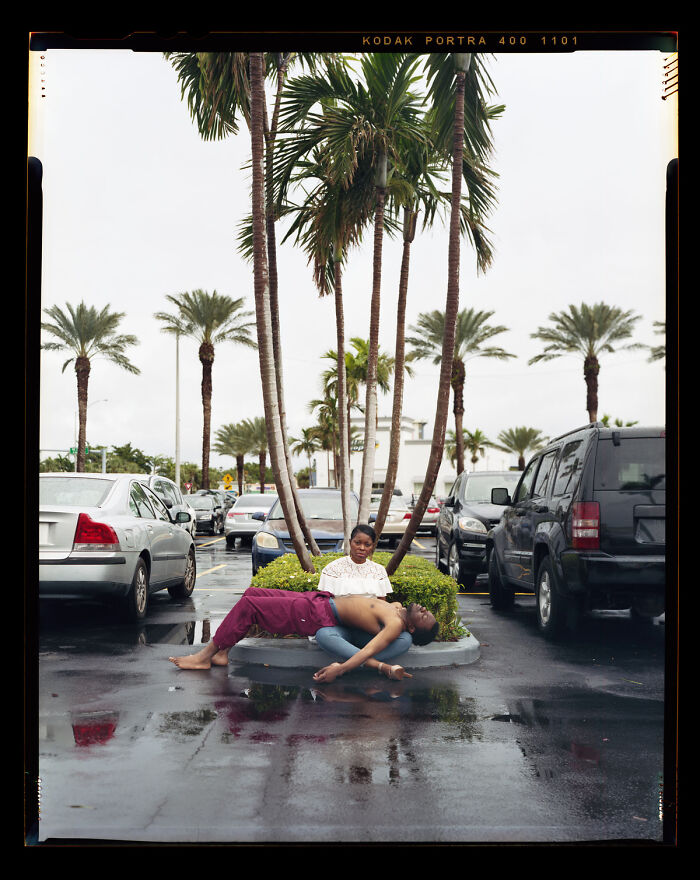 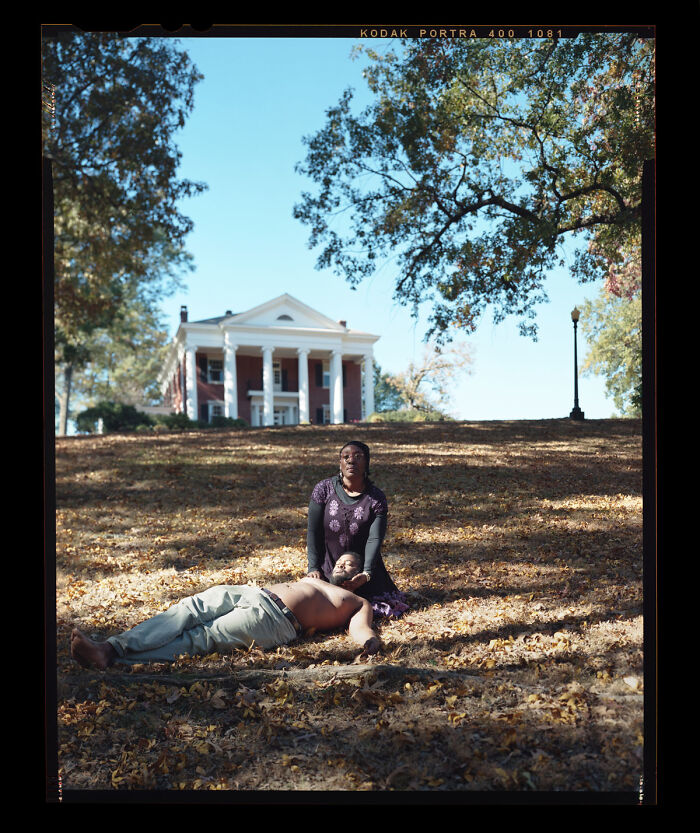 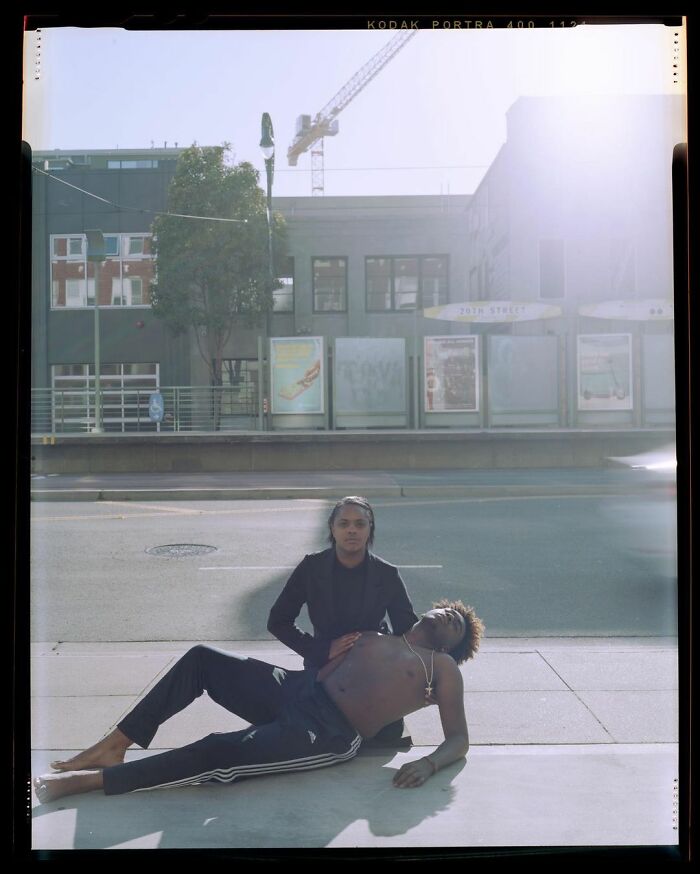 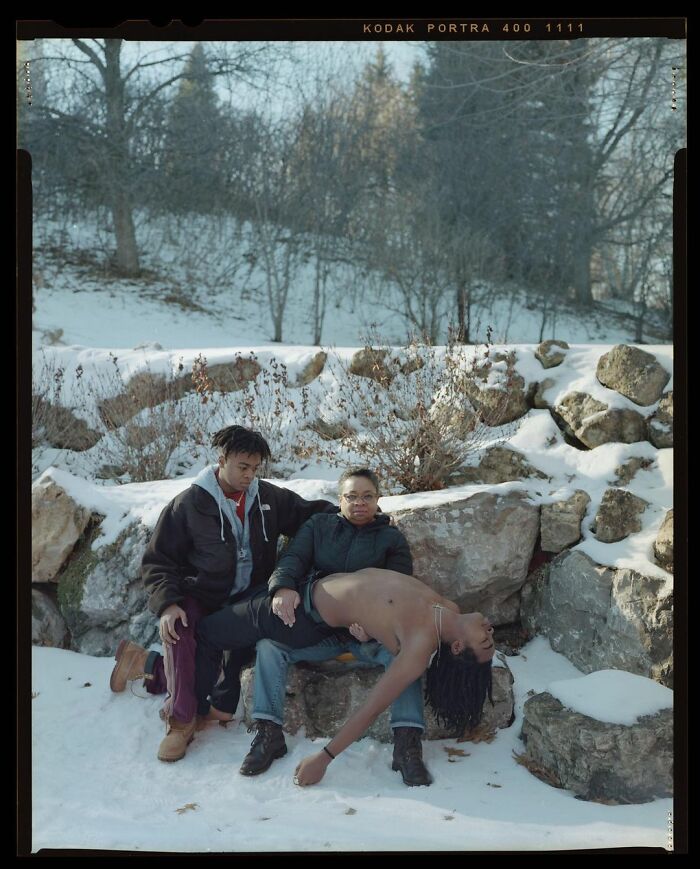 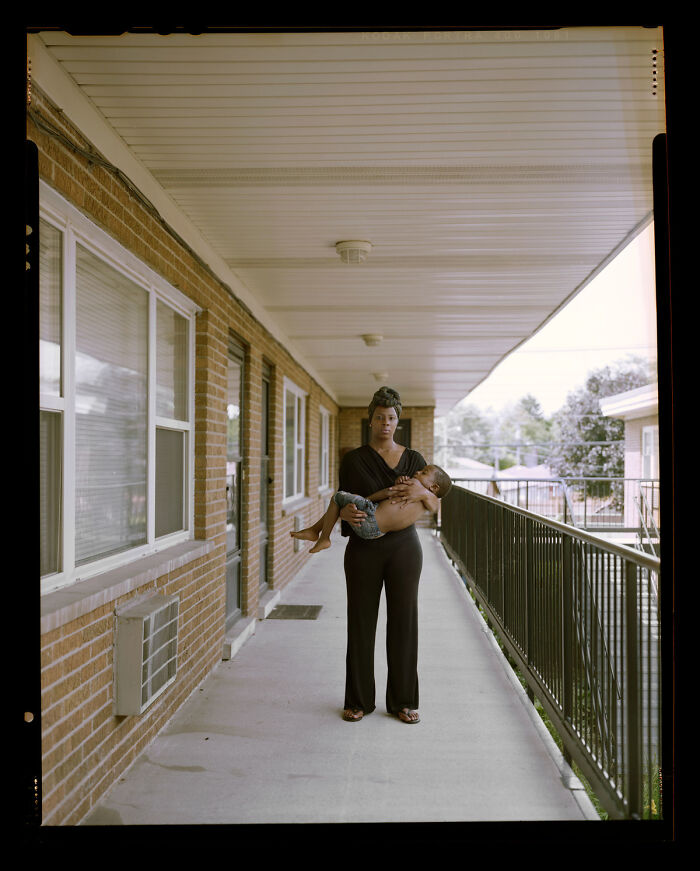 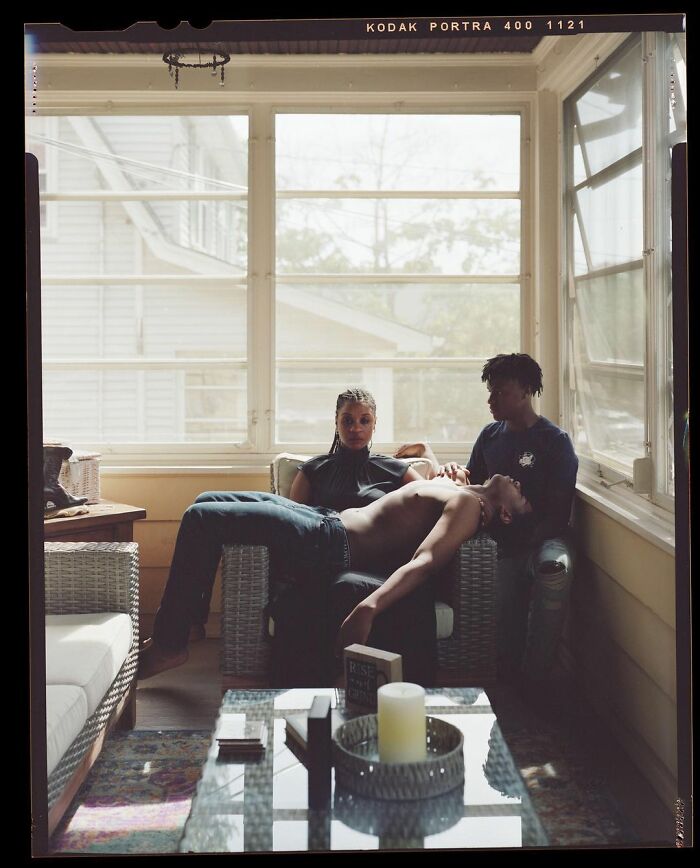 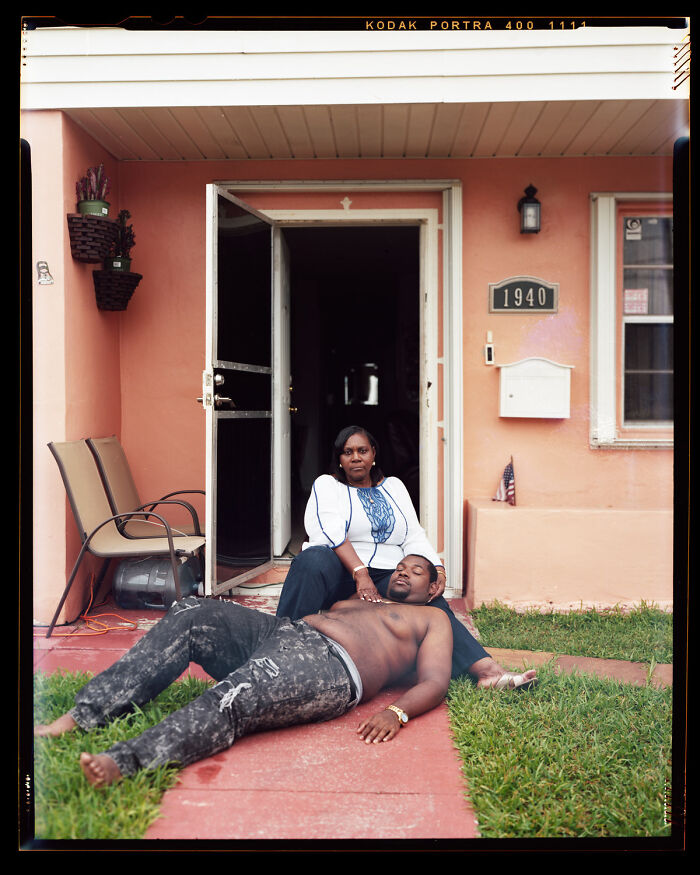 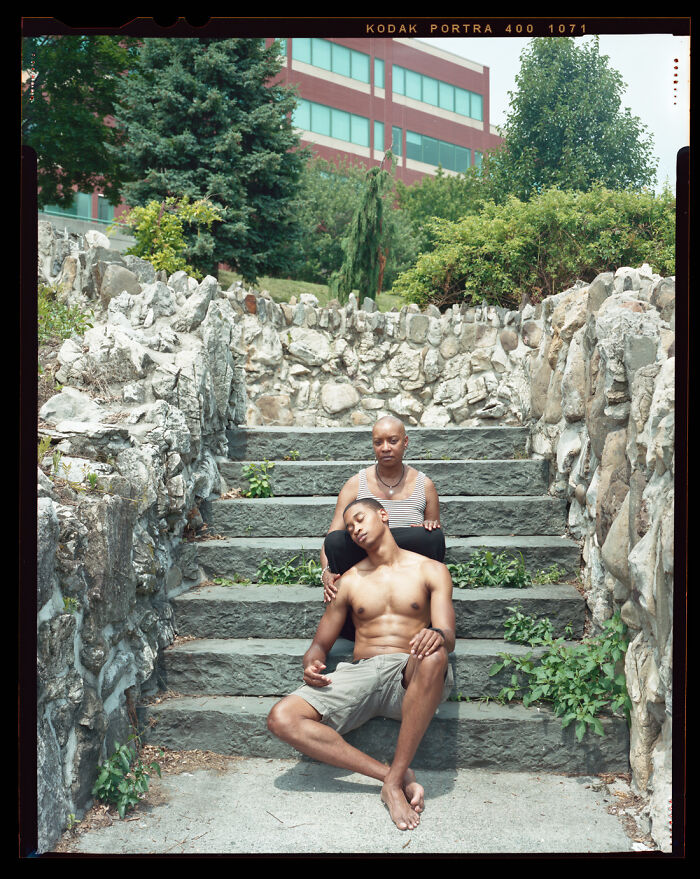 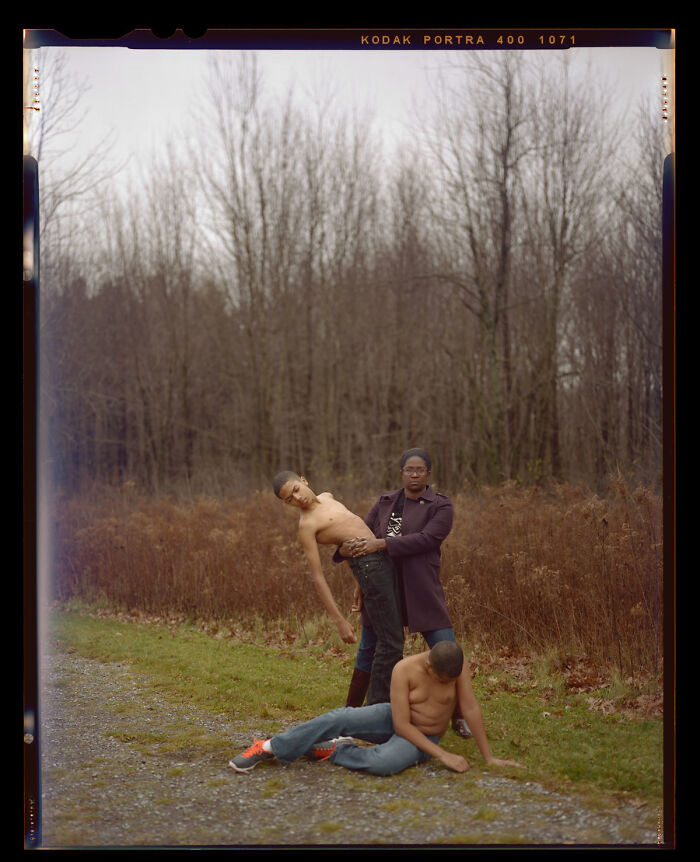 Fascinating Vintage Photos of a Batman-Themed Dance Class in New York in the 1960s
Australian Photographer Captures Women Breastfeeding Their Babies In A Series Of Stunning Scenes
1953 Beverly Hills Session Sadness: The Last Photographs of Marilyn Monroe Taken by Andre de Dienes
The 'Disappearing' Beauty Of Greenland In Photographs By Albert Dros
Our Small World Through The Lens Of Russian Photographer Sergey Maximishin
The Art Of Natural Environment In Minimalist Photographs By Morgane Erpicum
Above It All: The Aerial Tour Of California With Photographer Woody Woodworth
Breathtaking Wildlife Macro Photography In The Borneo Rainforest By Chien C. Lee
Stunning And Heartwarming Photography From The ‘Bubble Uncle’ Who Spreads Joy Around Japan
"Still Falls The Rain": Photographer Danny Santos Captures People's Emotions When It Rains
59th World Press Photo Contest Winners
Rosie Hardy Escapes Into Fantasy Worlds Through Her Self Portraits
Face-to-face with a Shark
Amelia And The Animals By Robin Schwartz
Portraits of Couples, Gangs, Children, Friends, and Carnival People at California County Fairs in the Late 1970s
Autumn Forest Is Prettiest In Czechia Thanks To Photographer Janek Sedlář
Stunning Black And White Photos Of The Skateboarding In The 1960s
The Empty Stools of Rural Village Life in China
Under The Sea: The Winning Images of The Ocean Art 2021 Underwater Photo Competition
Great Photos Of Mid-Century New York City By Frank Oscar Larson
The Best Of Black Lives Matter Protest Signs
The Looking Back On Sony World Photography Awards
Photographer Sandro Casutt Took The Amazing Snaps Of The Andromeda Galaxy
Paris Just Before WWII: Stunning Photos Capture Daily Life Of The French Capital In The 1930s
black, mother, son, USA