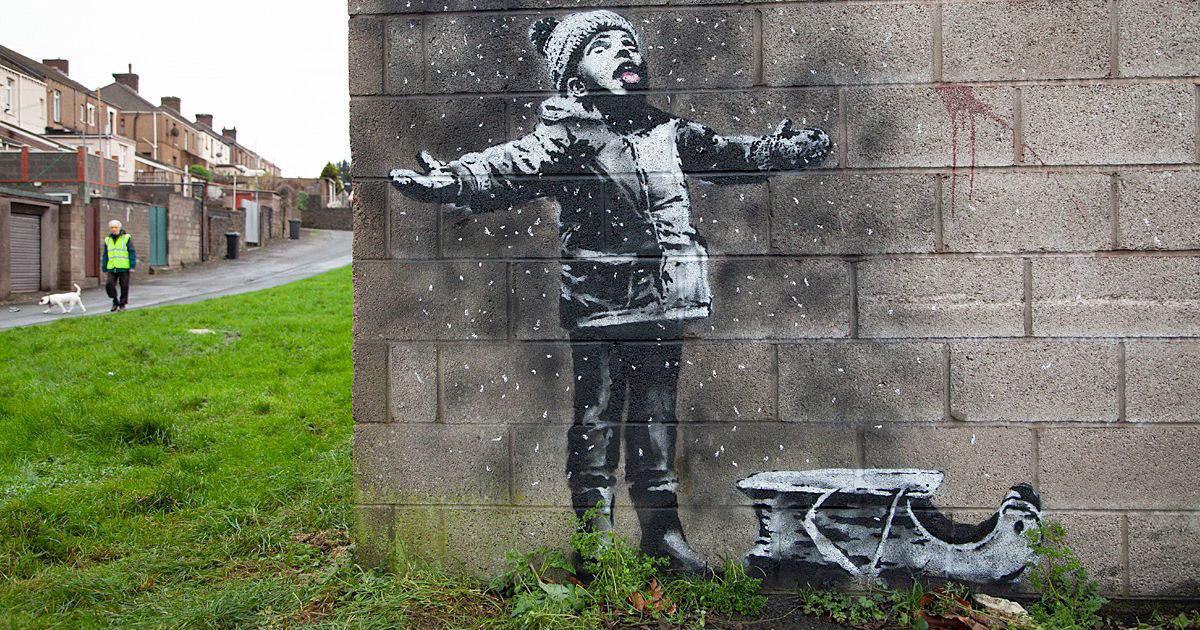 Wales has been Banksyed – with the world famous street artist revealing that he is indeed behind a new piece of graffiti which appeared on the side of a garage overnight. Speculation that the anonymous artist was behind the mural in Port Talbot, South Wales, had been mounting, with residents convinced it was his.

Banksy has now confirmed it with a video on Instagram showing close-ups of the finished piece, which is seemingly a comment on the town’s industrial heritage.

On one side of the building, the artwork depicts a child playing in what appears to be falling snow. However, the other side tells a different story, revealing it is in fact ash being emitted from a skip fire. Soundtracked by the children’s song Little Snowflake, the video shows the artwork before panning to show the steelworks which loom over the town.

Residents in Port Talbot, South Wales, are calling for the council to protect the graffiti, saying it will benefit the area. 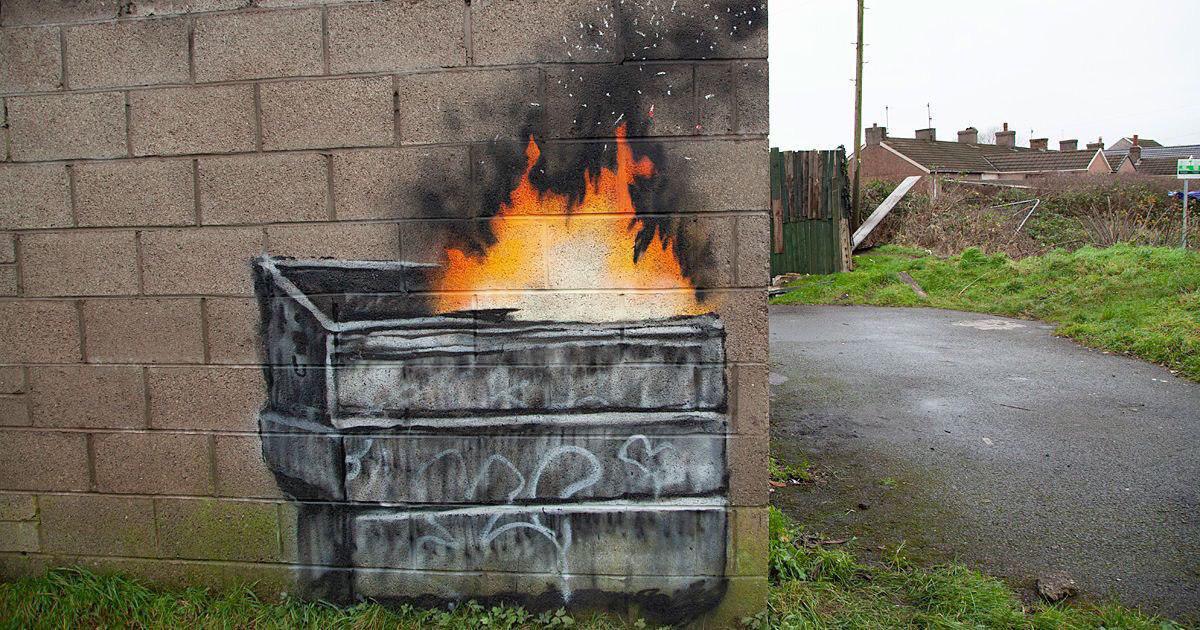 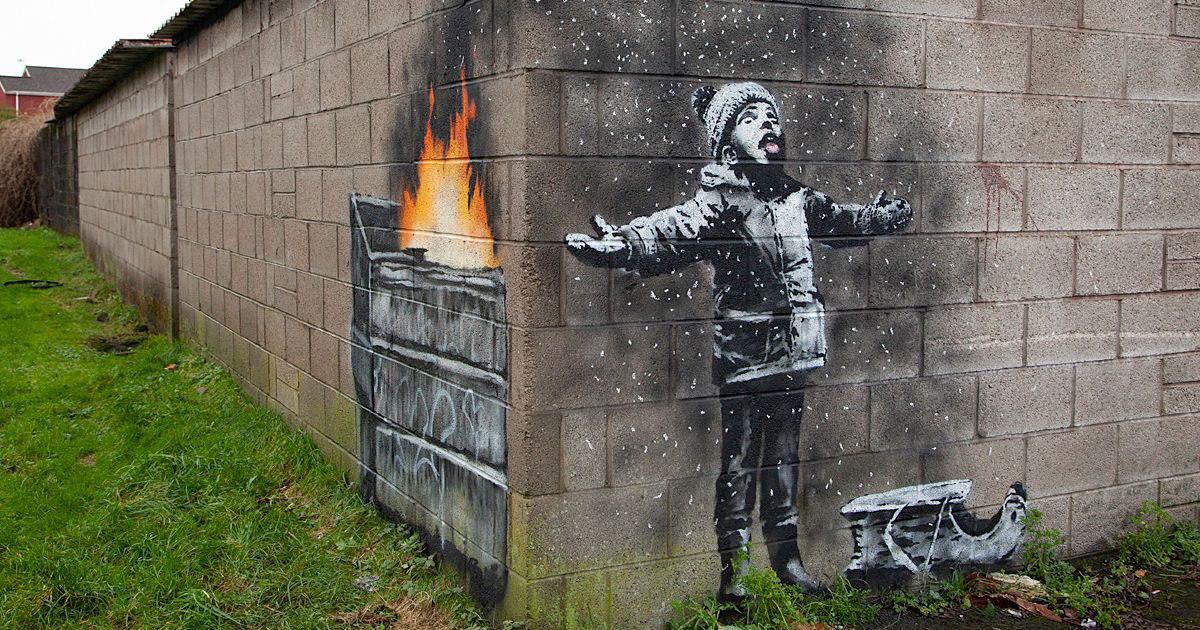 Sekunda Glue: The Immortal Collection
This Artist Gives Animals A Rainbow Makeover
Artist Illustrates What It’s Like To Live With An IT Guy And Their Dog In Wholesome Comics
How To Teach Yoga Like Slav: Top 10 Drunk Yoga Positions
Japanese Illustrator Enchants Twitter With Magical ‘Full Moon Coffee Shop’ That Only Appears To Exhausted People
"The Edge of Evolution": The Epic Surreal Artworks of Leandro Machado
"The Way We Fall": Eerie Illustrations Of An Apocalyptical World By Yuri Shwedoff
The Awesome Hairstylist That Gives Free Haircuts To The Homeless Every Sunday
Handmade Evolving Digital Artworks, Painted Music and Performed Visuals
Cynicism Humorously Illustrated By Eduardo Salles
Geeky Valentine’s Day Cards Featuring Pop Culture Stars Expressing Romantic Feelings In Their Own Way
Stunning Figurative Oil Paintings by American Artist Malcolm Liepke
Artist Shows In Comics How She And Her Husband Are Spending Days In Self-Isolation
Secret Life of The American Teenagers in Urban Paintings by Mark Tennant
25 Redesigns Of Famous Logos And Some Of Them Are Better Than The Original
Meet Lisa Jelizaveta – Russian 7 Year Old Tattoo Artist That Will Make You A Wonderful Tattoo
The Amazing Makeup By Lucia Pittalis
Loving Husband Spends 2 Years Planting Thousands Of Flowers For His Blind Wife To Smell
Artist Sums Up Our Everyday Lives In These Humorous One-Panel Comics
Artist Hilariously Reveals What’s Happening Outside The Frames Of Famous Music Album Covers
Urban Sketches and Warm Landscapes by Kaye Kang
50 Transformations By This Hairstylist And His Team That Show The Power Of A Good Stylist
Miniature Books Collection Of Jozsef Tari
This Instagram Account Creates Sinister Parodies Of Vintage Album Covers
banksy, graffiti, UK