After A Trip To Ireland, Artist Decided To Paint Its Stunning Landscapes As Beautiful Watercolors 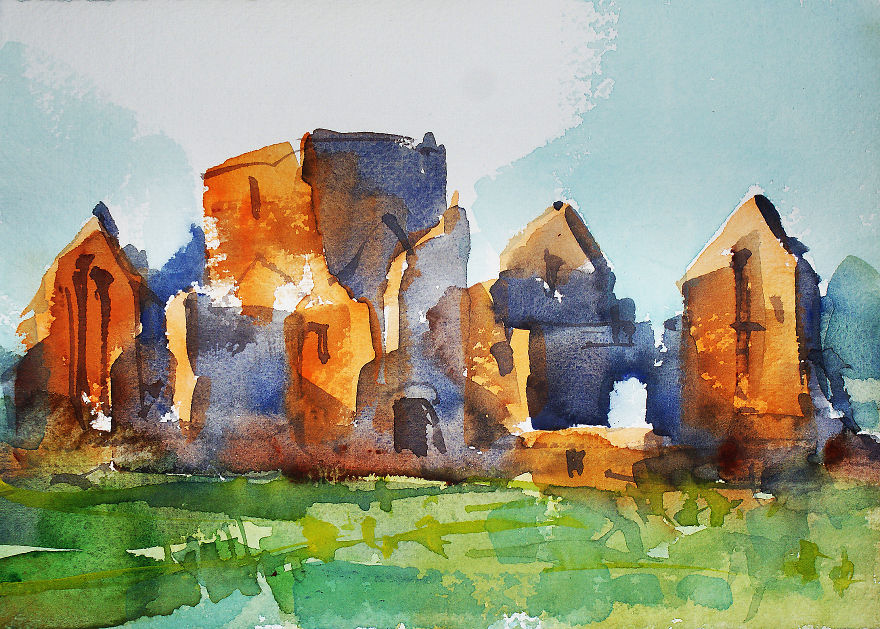 According to Carsten Wieland: “The Cliffs of Moher may be one of the first things to come to my mind when thinking about the typical Irish landscape. And probably one thinks about the color green, too. When I arrived for a short trip to Ireland, I had, in fact, the feeling that the whole landscape is created from an unbelievable richness of variations in green.” 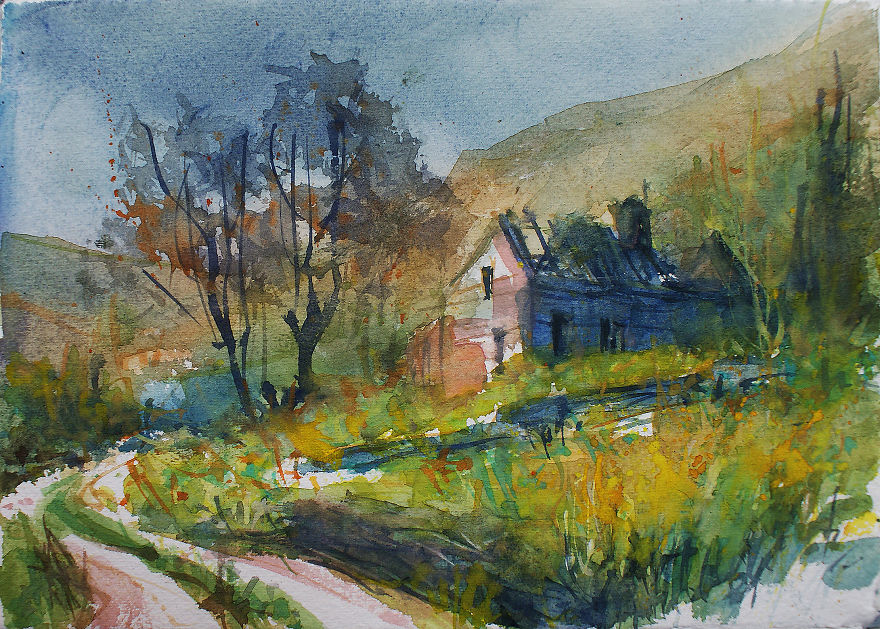 “Even in heavy rain, the land is glowing in 50 shades of green— what a gem! It was my 1st visit to Ireland but probably not my last because this beautiful country has deeply inspired me and there is nothing better to dream about than going back there with an easel and paints. Just after coming back home, I started to bring my impressions on paper—with watercolors in a sketchbook and some larger sheets. During the trip, there was not much time to spend time painting. In most cases, there was hardly enough time to put down some notes and scribbles with the ball-pen.” 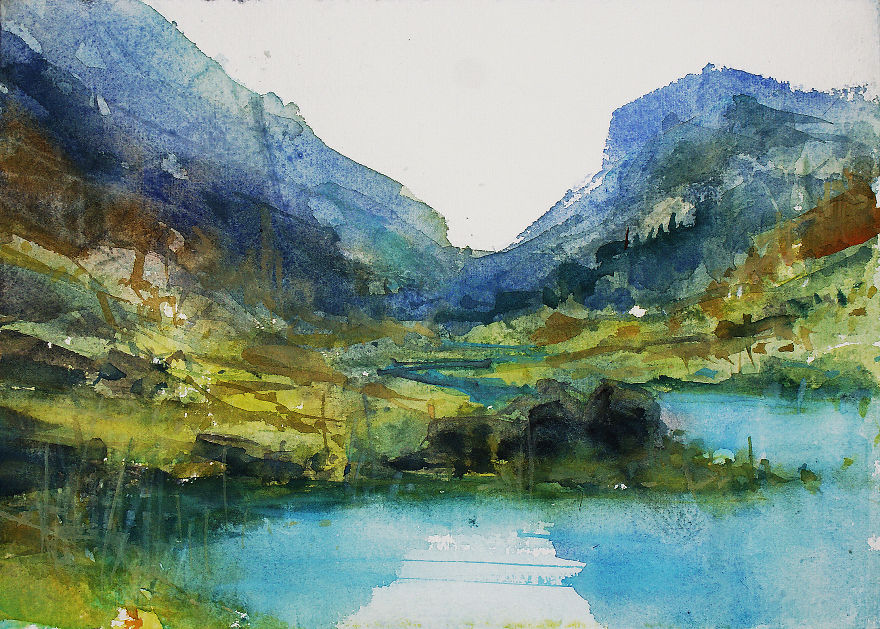 “The Irish landscape as a motive was a real challenge for me. Because of the often barren beauty of the land, there is not much room to whitewash weak points in the pictorial design. So the painting engagement with Ireland became also a quest for stylistic devices. In simplification and abstraction, I had the feeling to draw nearer to the beauty of Ireland. It would make me rather happy if I could give viewers of these watercolors an understanding of my fascination with Ireland. Now I collected the best paintings in a book that I publish myself.” 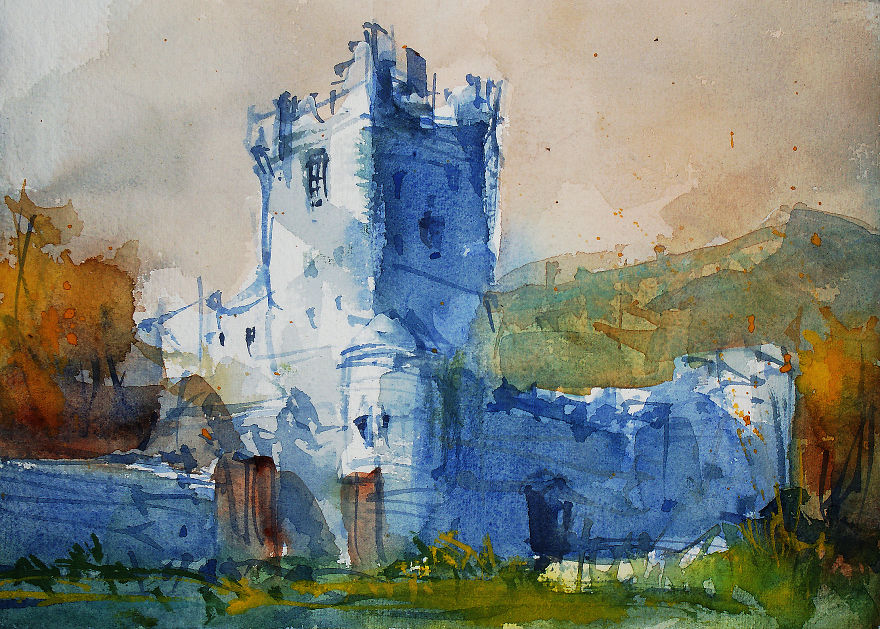 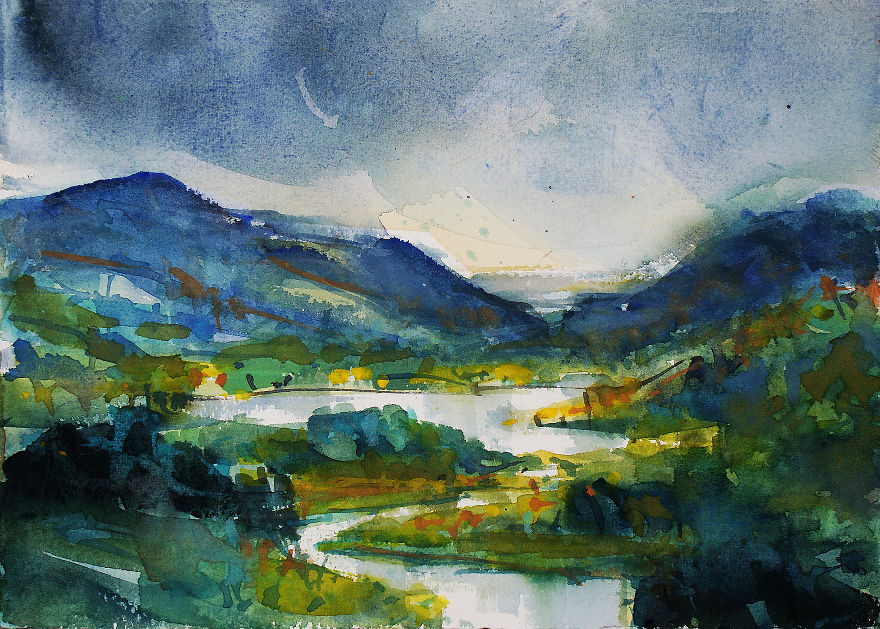 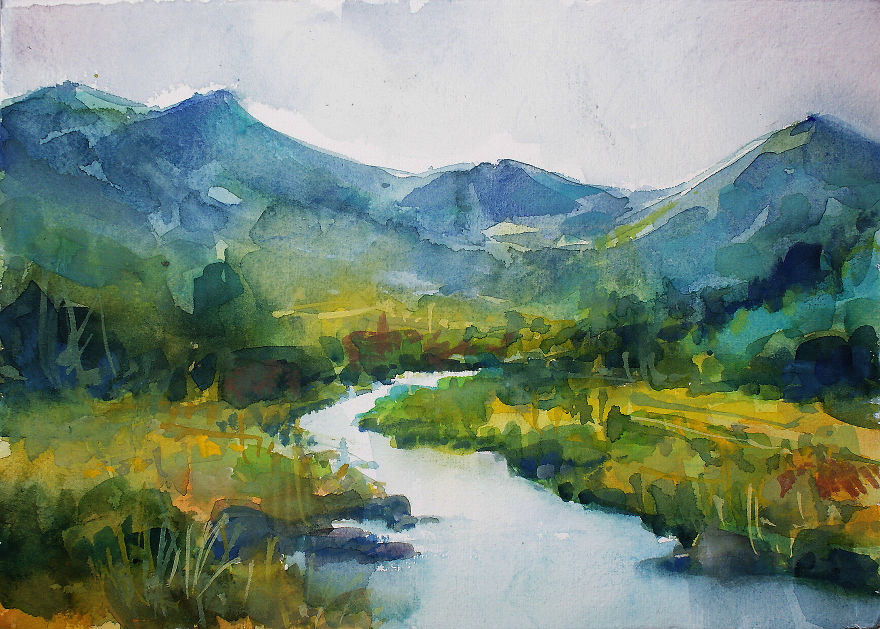 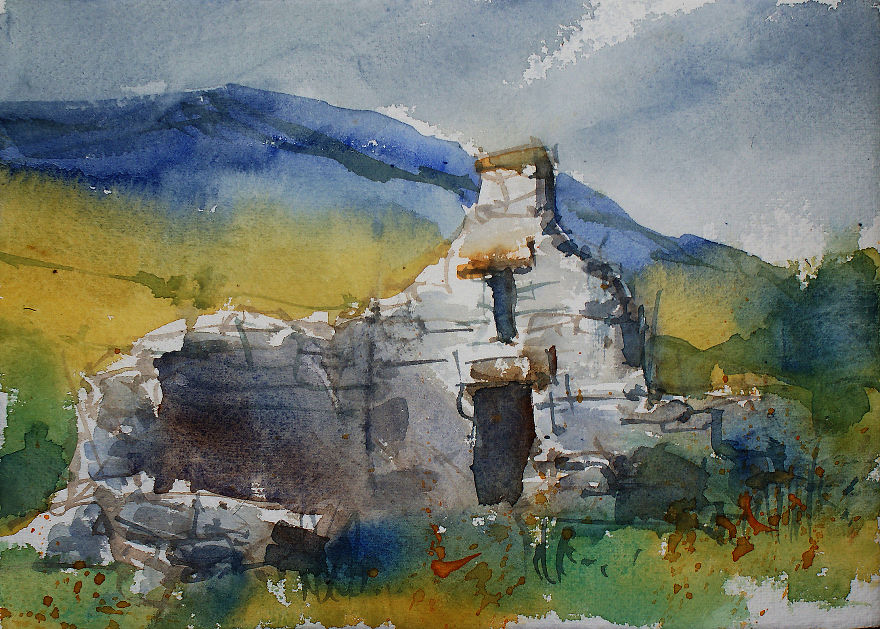 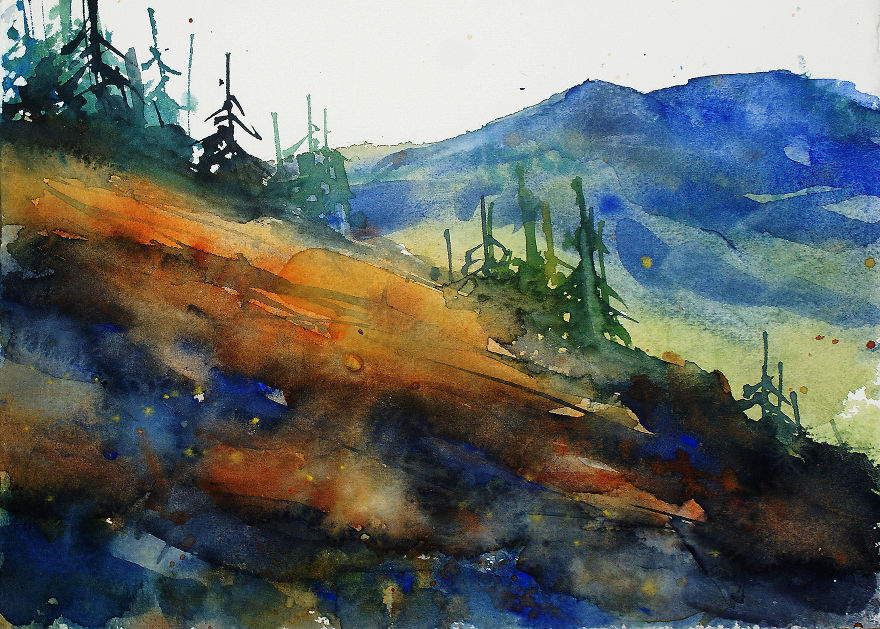 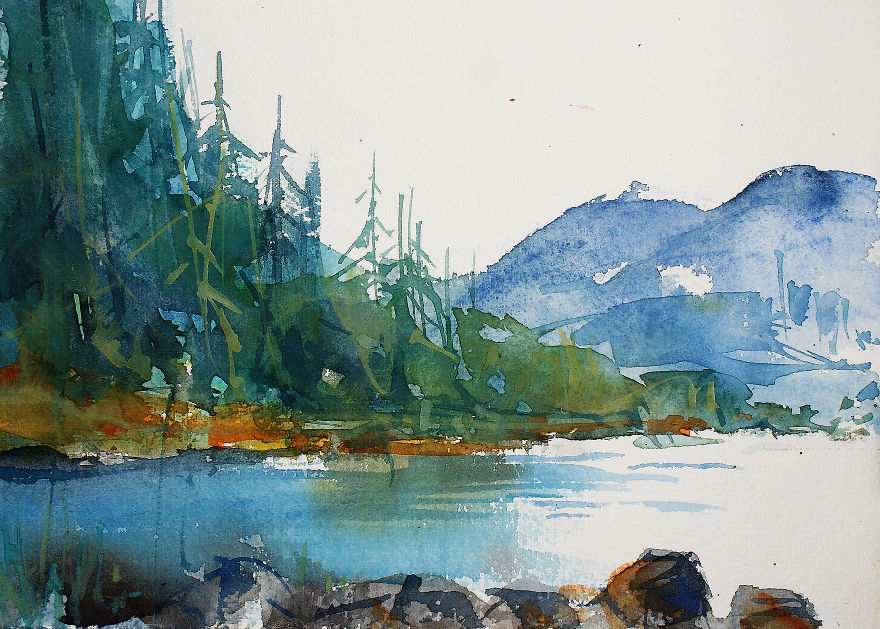 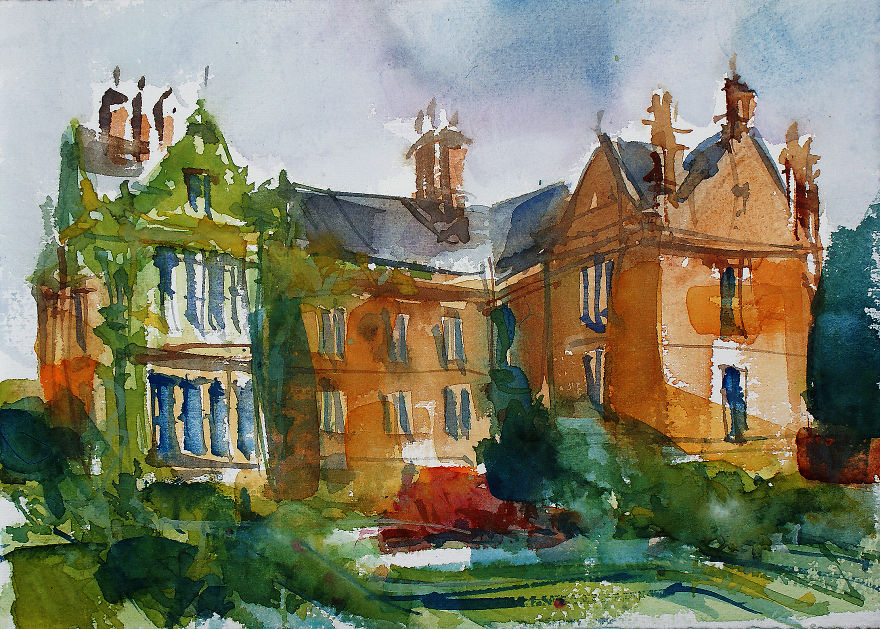 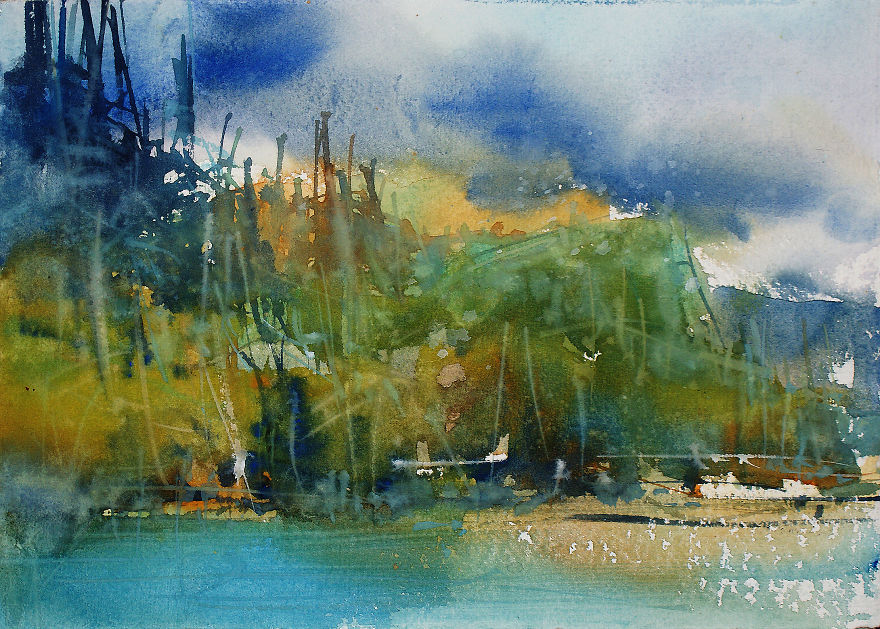 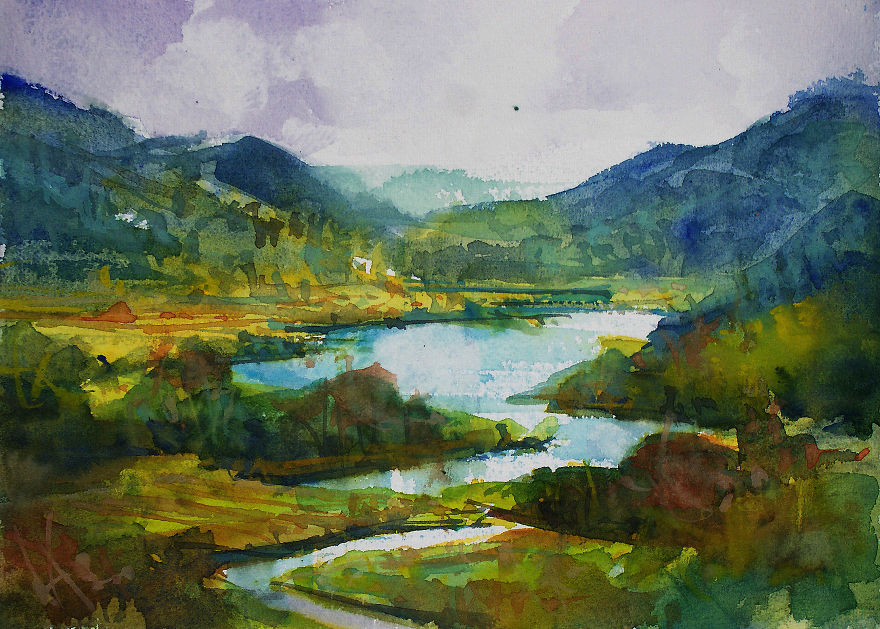 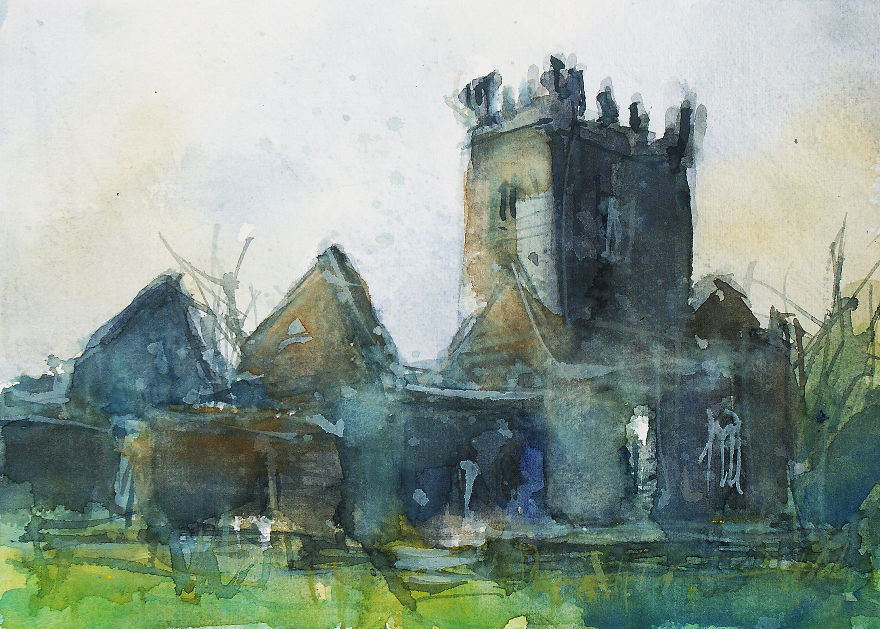 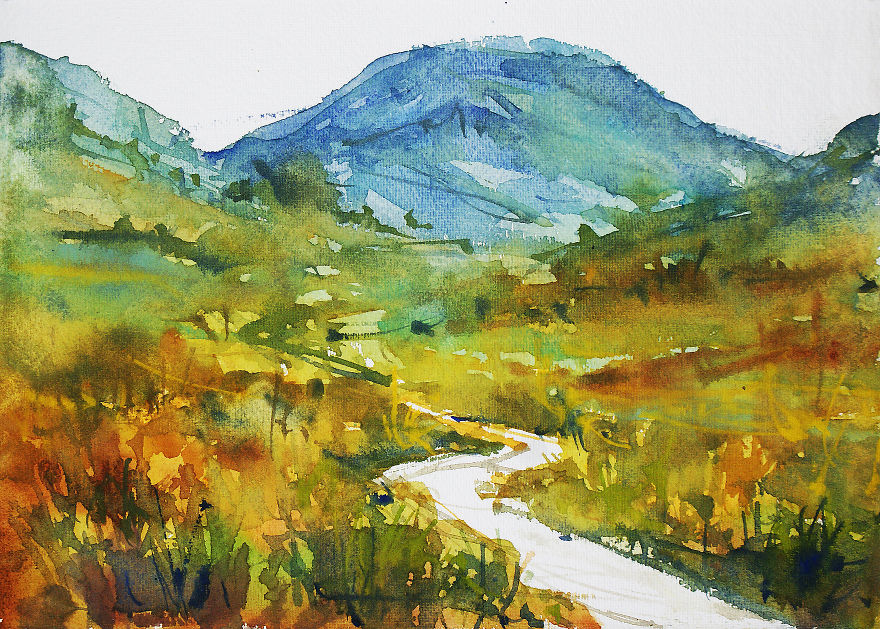 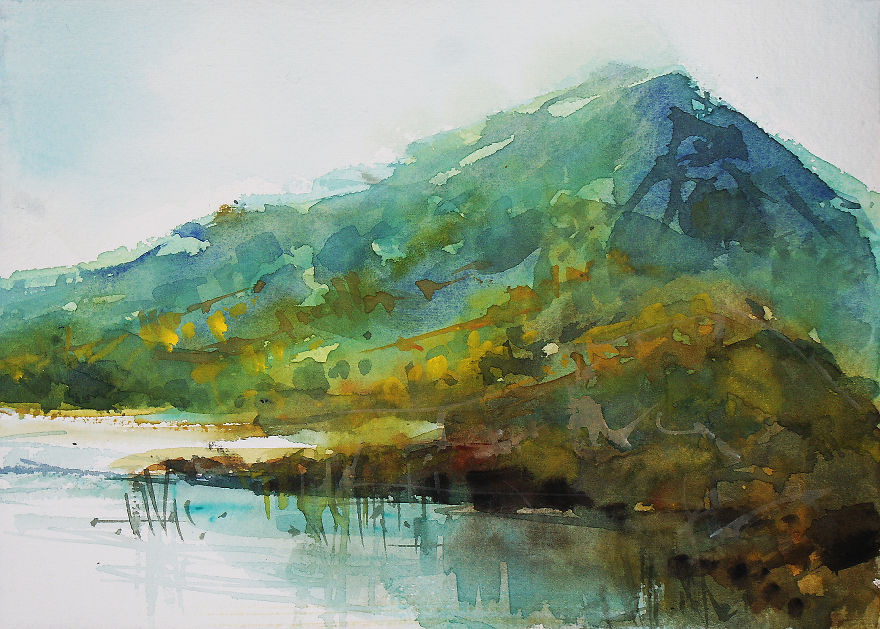 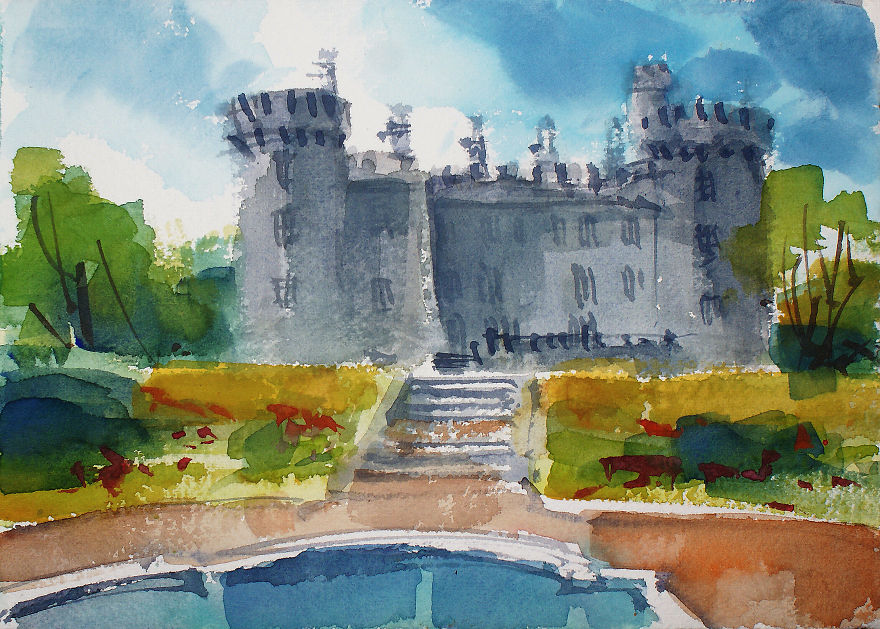 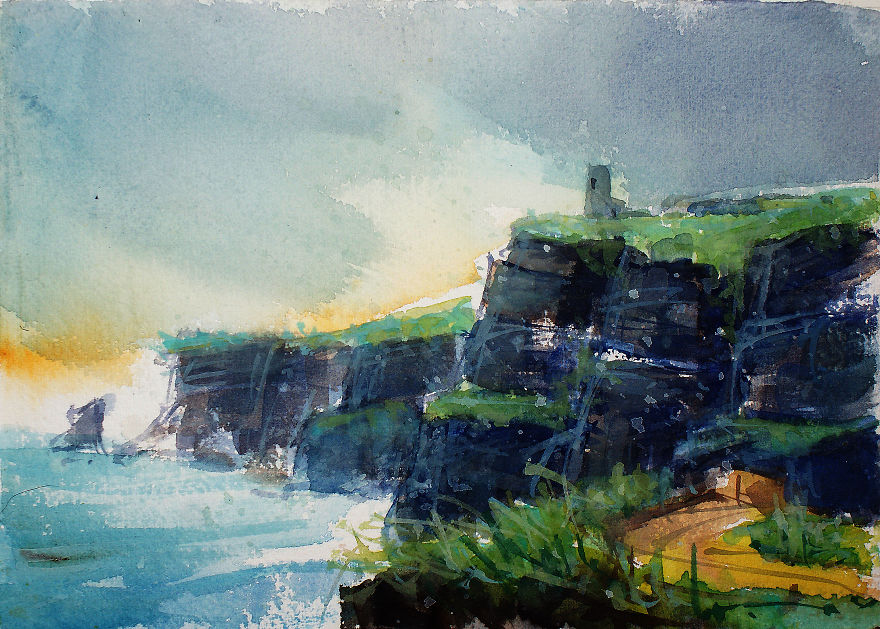 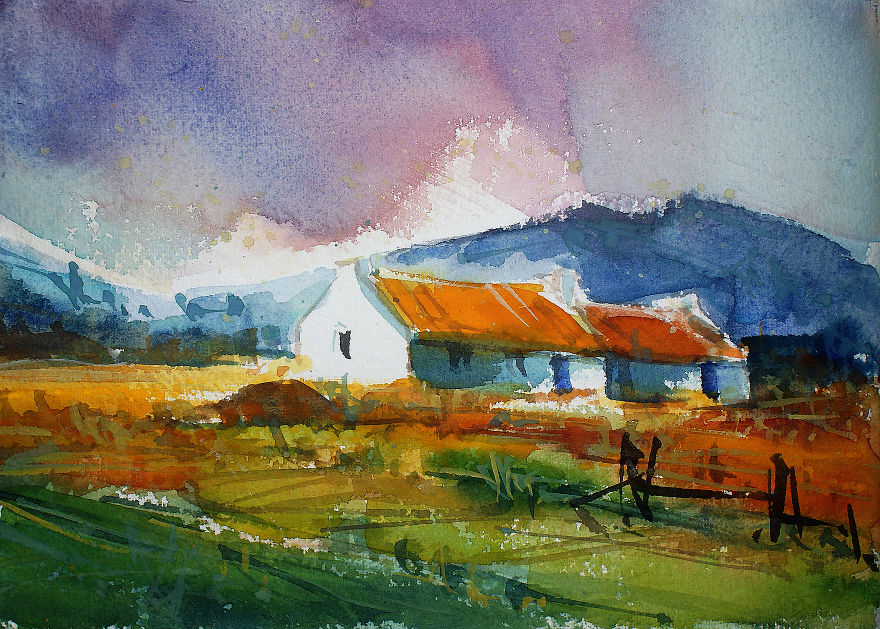 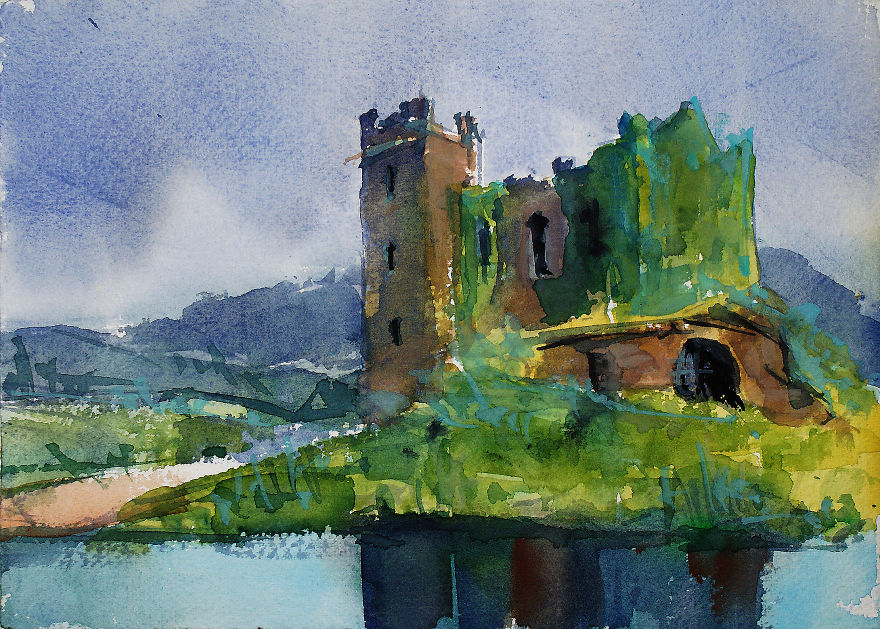 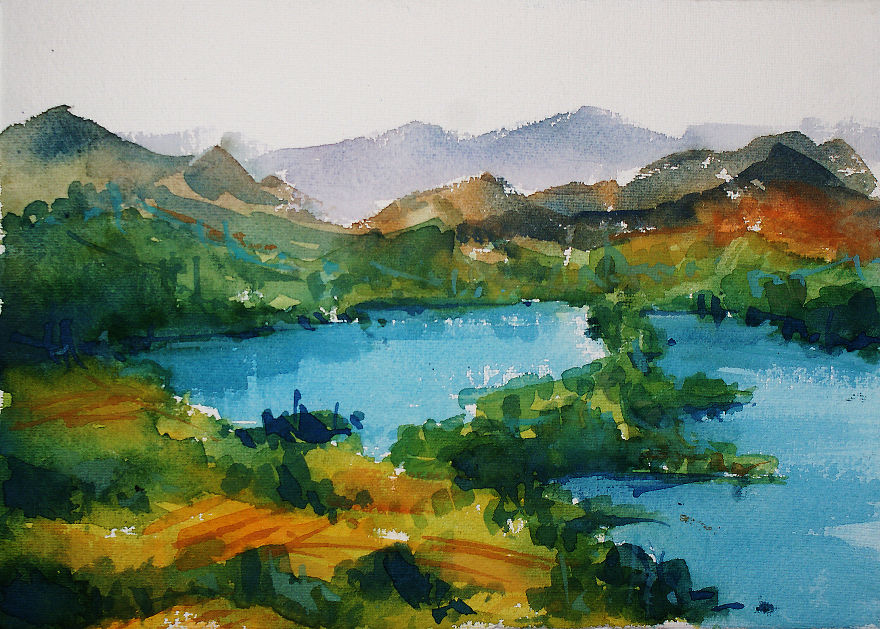 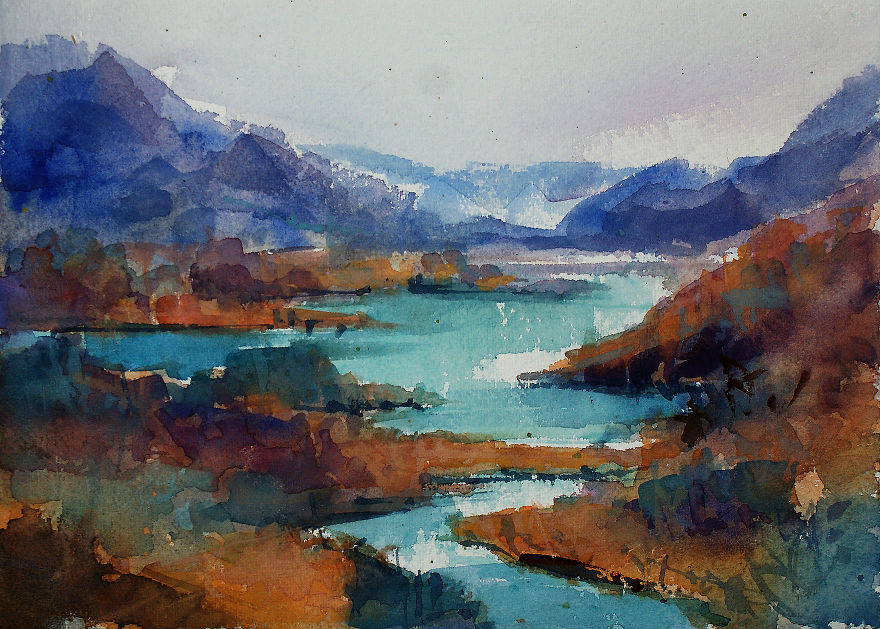 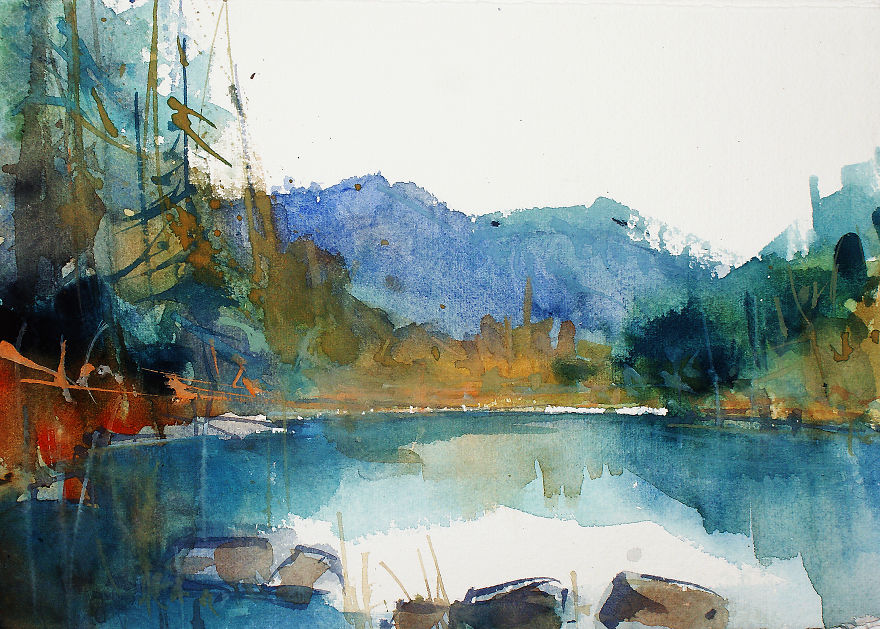 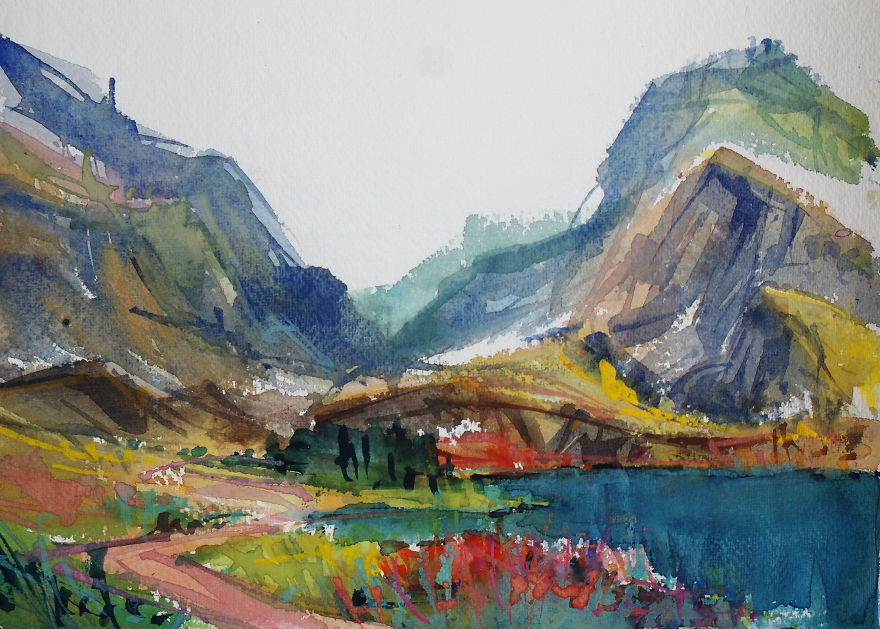 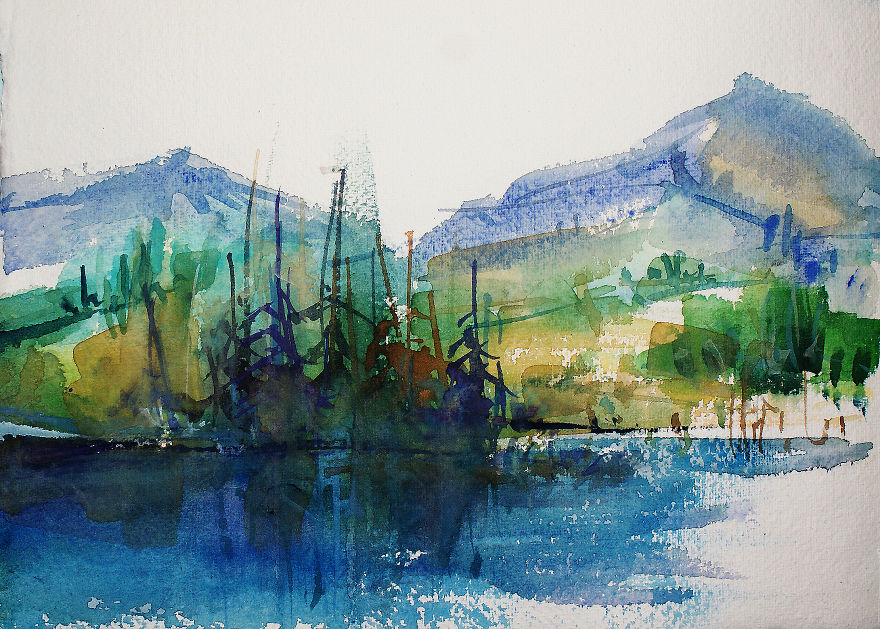 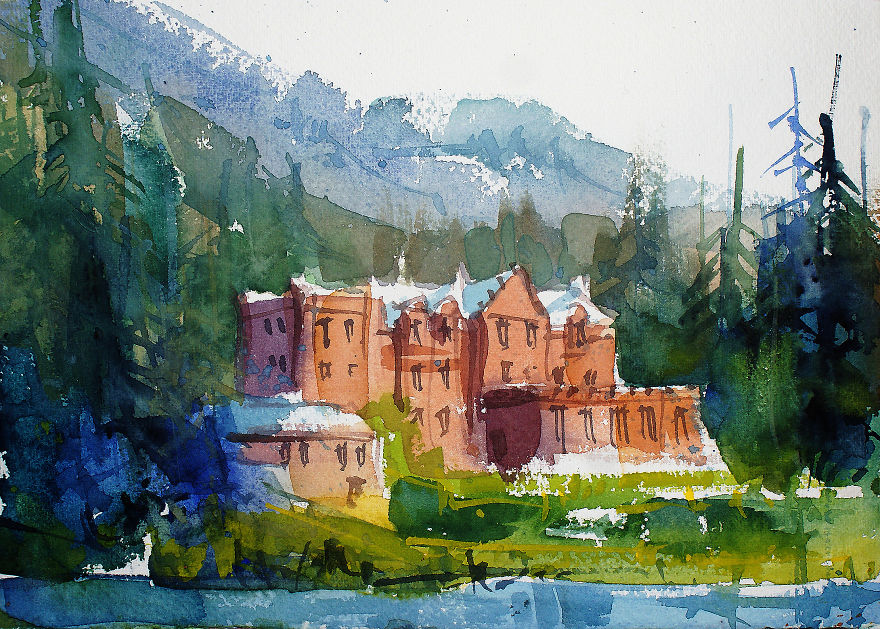 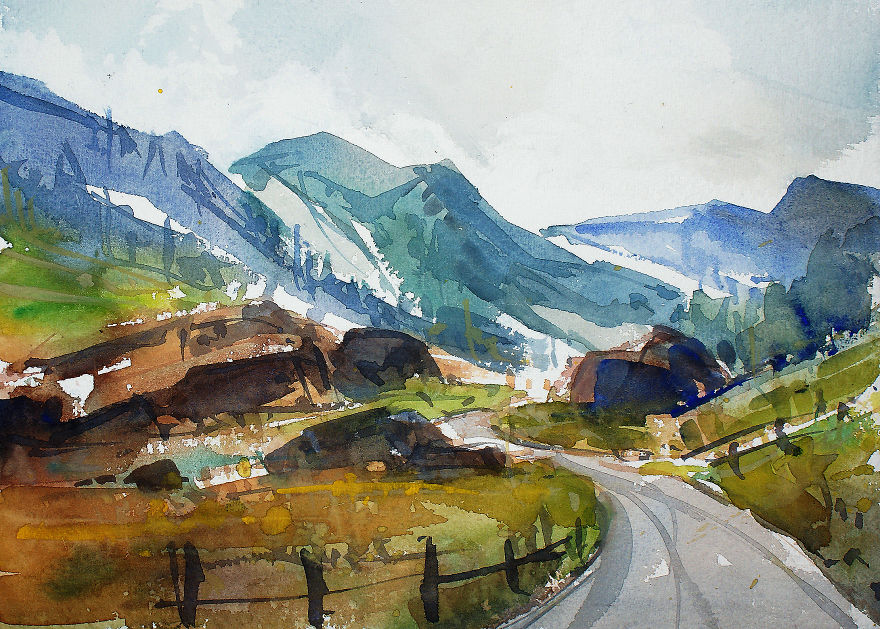 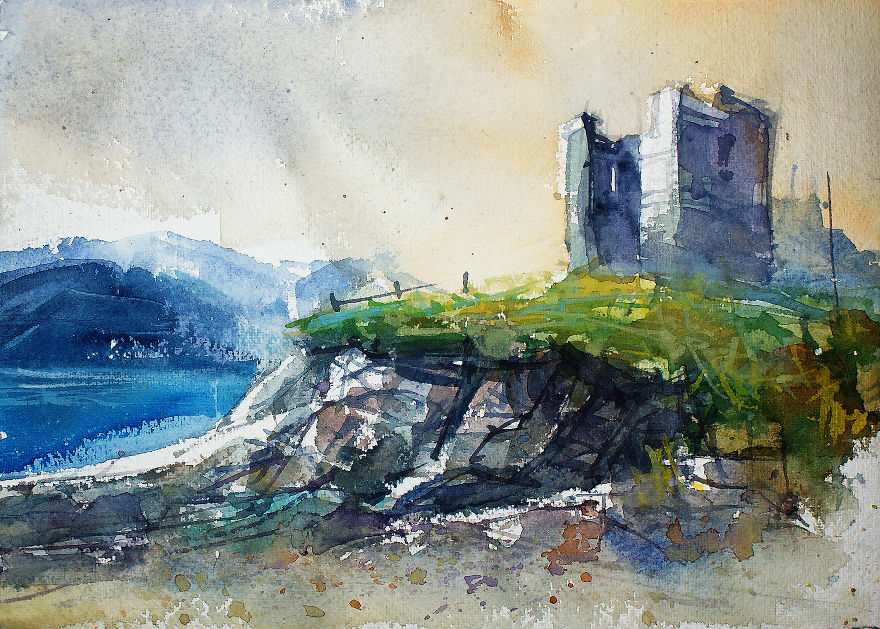 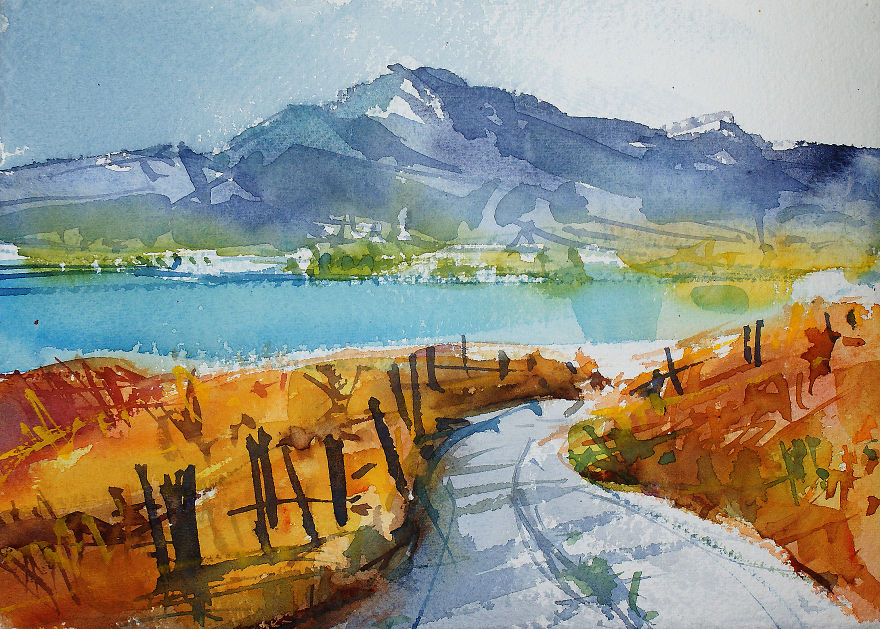 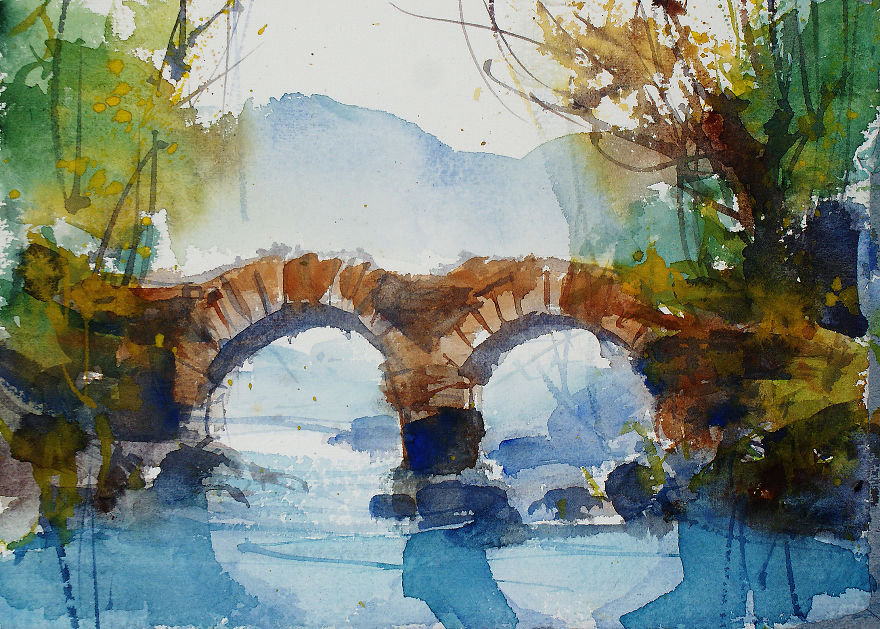