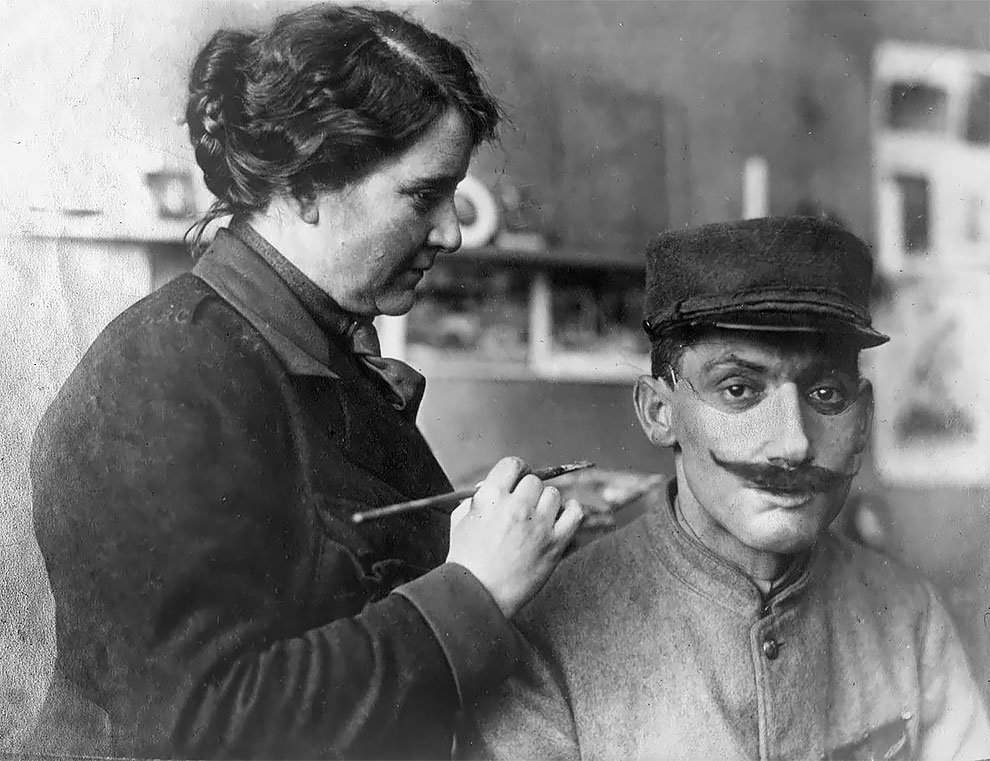 World War I caused the death of millions of combatants and civilians, while countless soldiers suffered from injury and disfigurement. Perhaps the most disheartening were facial injuries, as soldiers had to not only deal with the physical loss, but also the constant psychological stress of wondering how people would react to their changed appearance. These men worried about their homecoming — how would strangers react, but more importantly how they would be treated by friends and family.

Surgery and skin grafting was an option for some, but many sustained injuries that went beyond the ability of surgery to repair. These unfortunate soldiers turned to portrait masks. Pioneered by English sculptor Captain Derwent Wood, and improved upon by American sculptor Anna Coleman Ladd, portrait masks were modeled from photographs taken before the injury and were painted in oils to resemble the former features of the patient.

It started in 1917, when Ladd, who was then a sculptor and socialite living in Boston, read about the work of a sculptor who ran what was called the “Tin Noses Shop”, a mask-making studio for disfigured British soldiers. Inspired, Ladd set up her own studio in Paris and set to work sculpting new faces for those who had lost a piece of theirs in trench warfare.

French soldier whose face was mutilated in World War I, being fitted with a mask made at the American Red Cross studio of Anna Coleman Ladd, 1918: 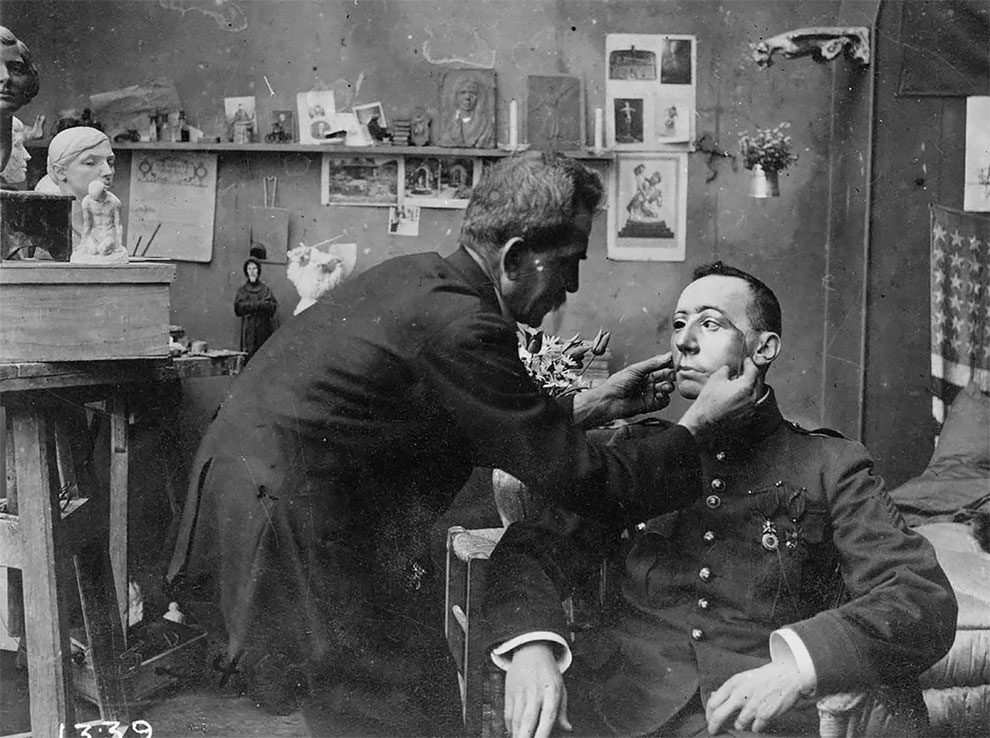 A variety of portrait masks produced by Anna Coleman Ladd: 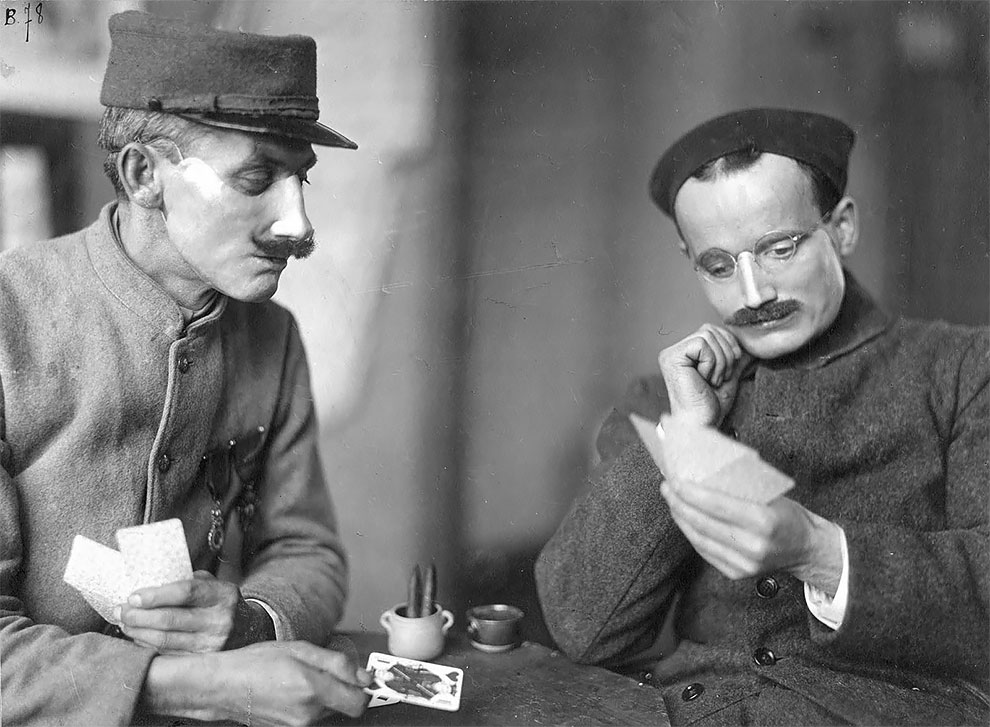 Before and after with the mask on. The part of the soldier’s body that was most vulnerable was his face, because if he looked up over a trench, that was the part that was going to be hit: 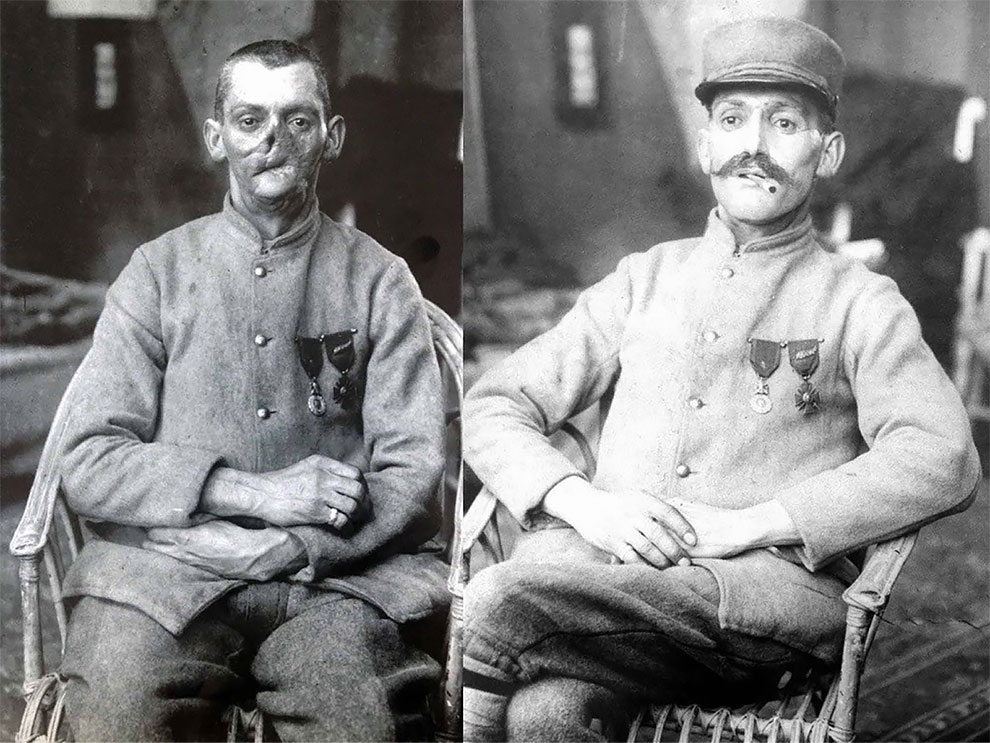 Before and after. The mask was painted to match the skin colo: 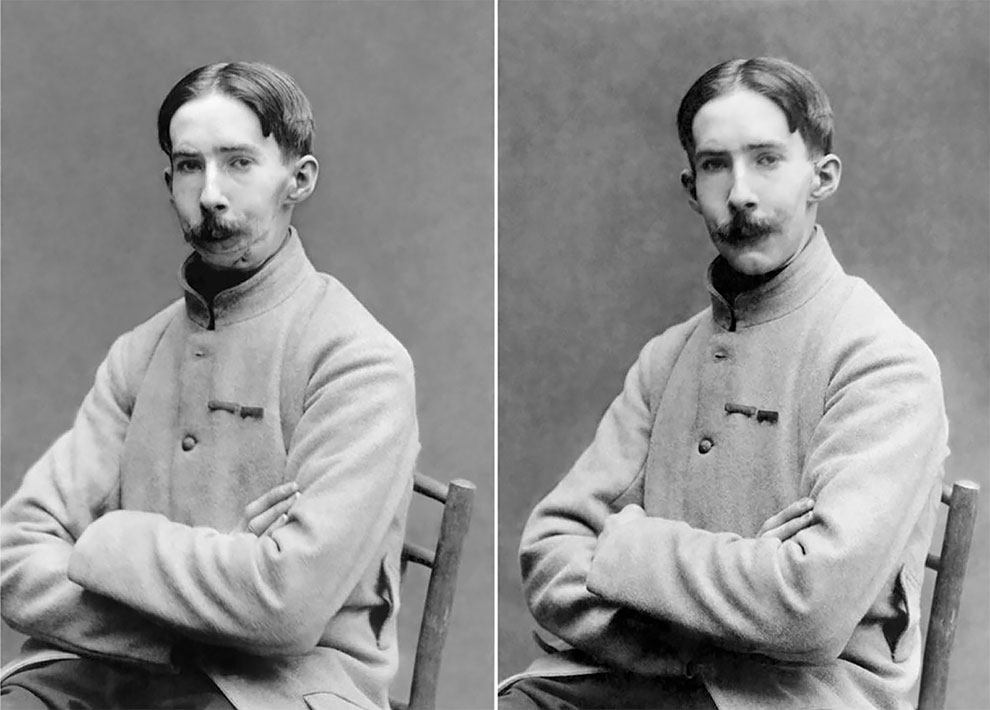 Ladd’s papers include these photos of a World War I veteran with and without his mask: 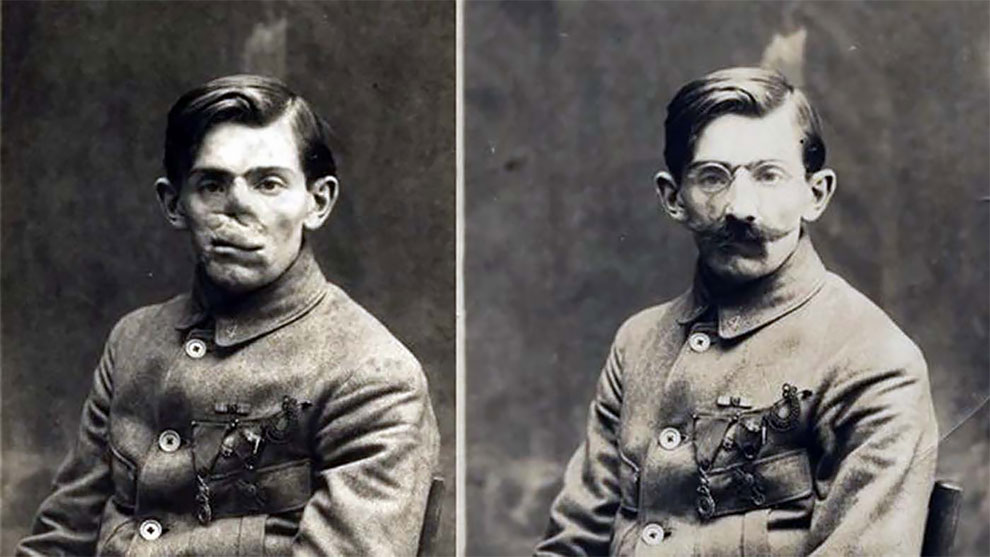 Anna Coleman Ladd and her assistant working on a new mask: 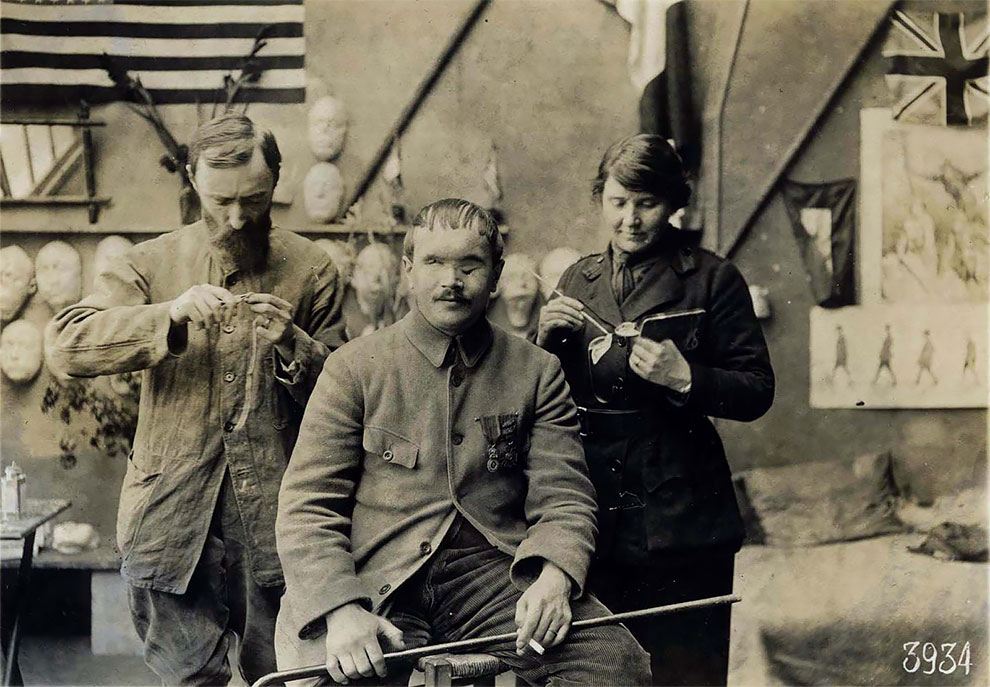 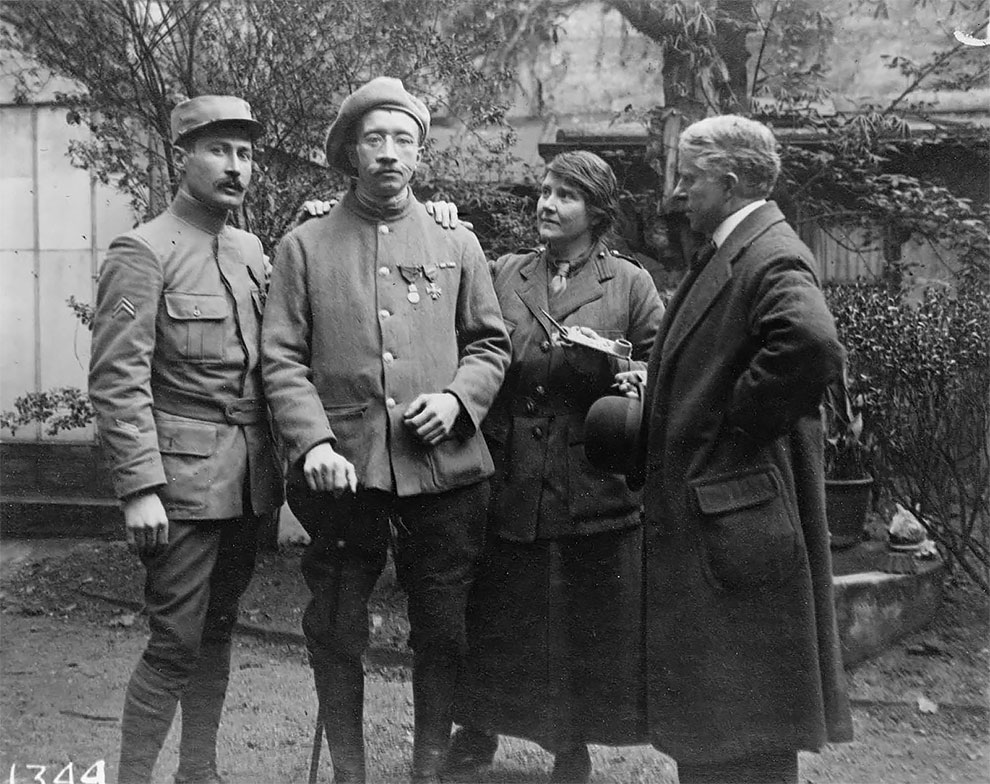