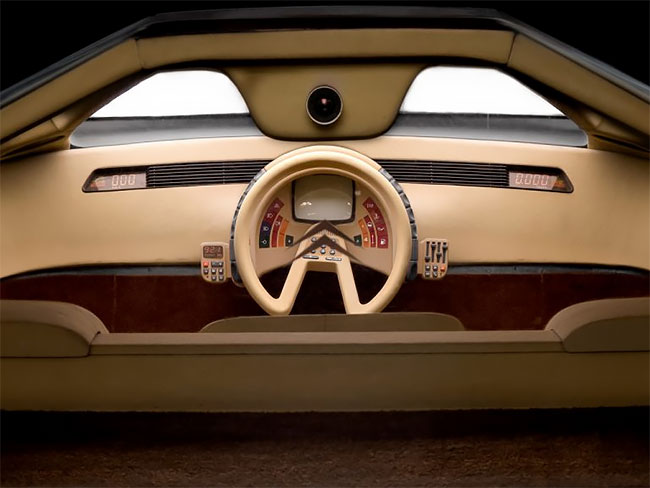 Freed from any concerns about market demands, Fiore had license to reimagine the car as sci-fi masterpiece, with the driver at the center flanked by two slightly recessed seats on either side. “The highly functional fascia has every control at the driver’s fingertips,” writes Flavien Dachet. “It includes an inboard computer with a screen displaying information about the car and the road. Small pop-up computers were also integrated into the door panels, ahead of the grab handle. Finally additional controls were mounted on each side of the pod so that the driver can adjust audio settings when listening to their Giorgio Moroder cassette.”

With its butterfly doors and roof the size of a sheet of ledger paper, the weird exterior design reflects the futurism of the times, but its control layout looks forward to the infotainment systems of 21st century models. The only one of its kind, the Karin was only invented because Citroën had no new models to reveal at the time, and the concept model was not actually drivable. But, like later concepts such as the Volkswagen Project Orbit, it promised to bring the imaginative vehicle designs of futuristic science fiction in the real world. 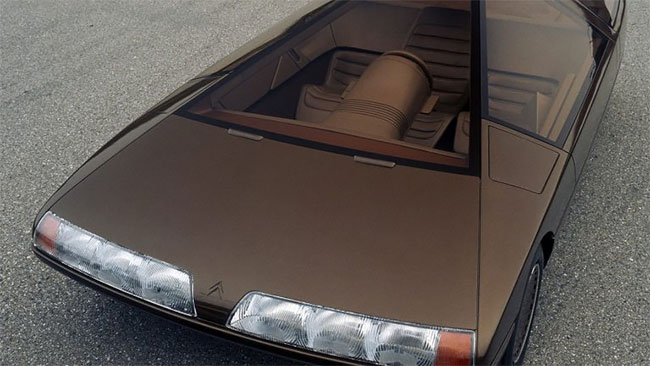 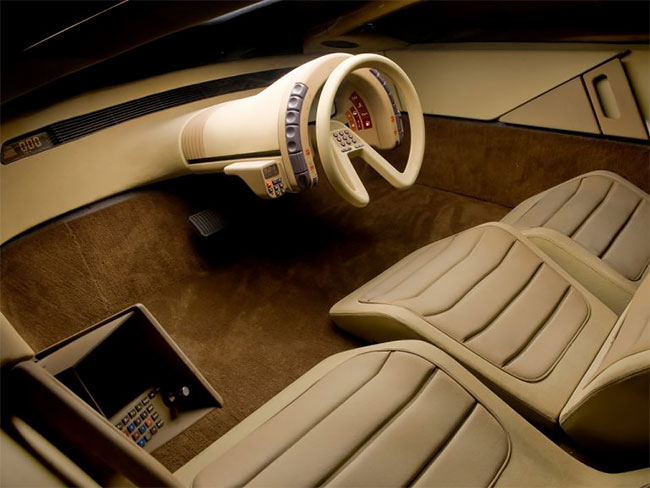 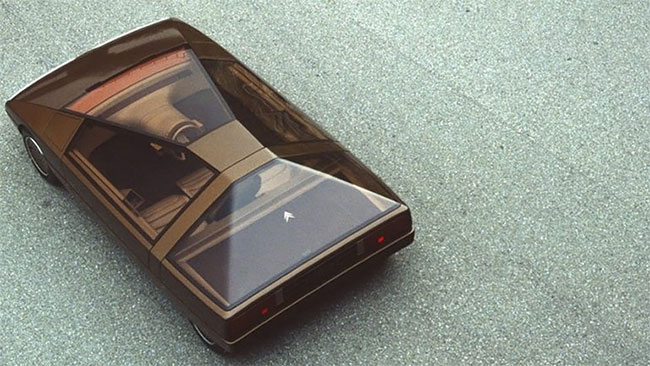 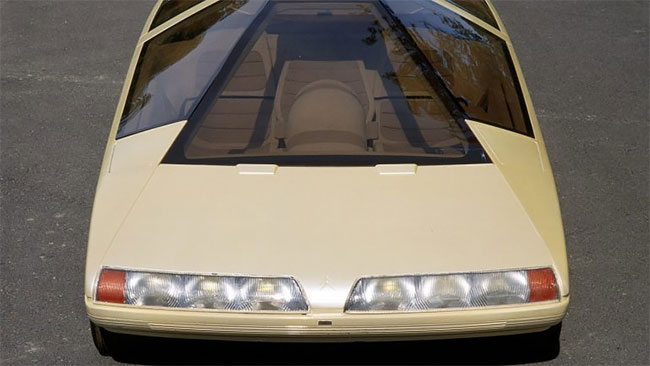 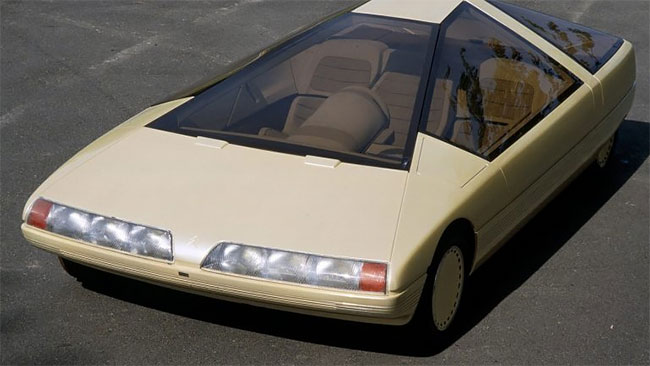 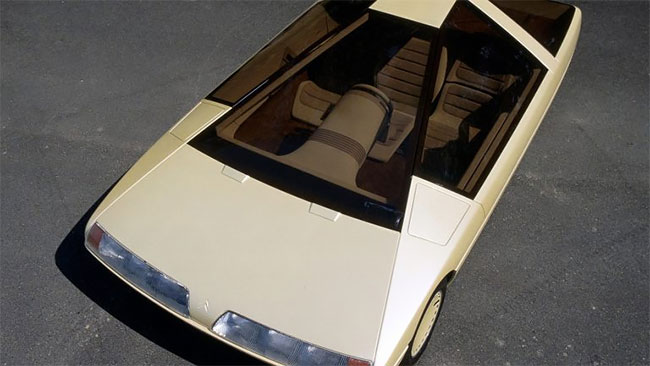 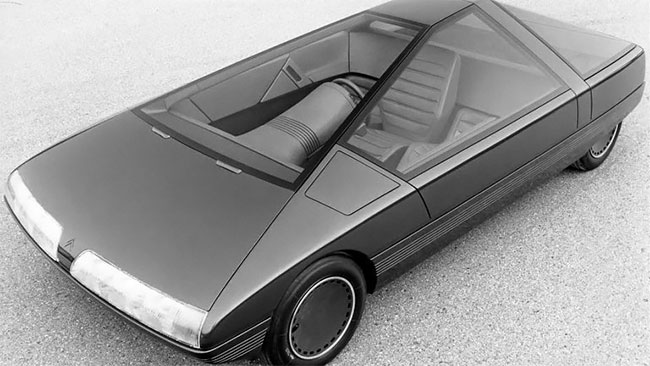 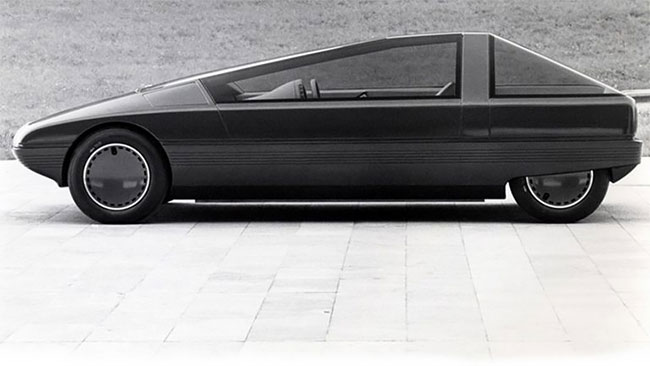 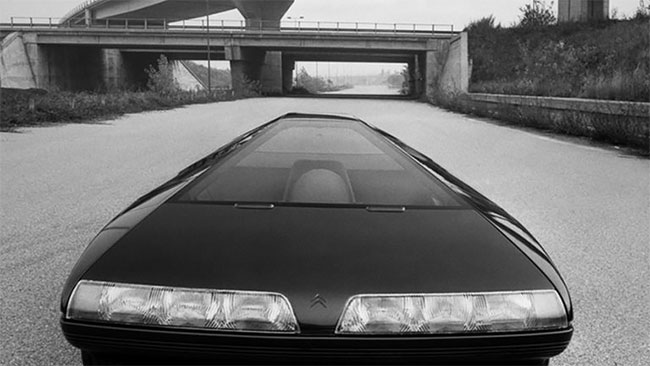 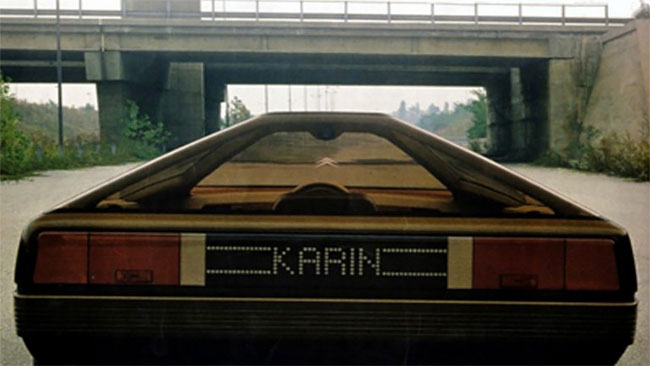 Top Secret USB
Meet The Davis Divan: The Outrageous Three-Wheeled Sedan That Almost Made It
Retro-Futuristic Collages Of Frank Moth Venture Between Dreams And Reality
A Fake 'Black Mirror' Shop Has Appeared As If By Magic In London
iPhone 5 Transparent Edition
Amazing Photos of the Third Generation of the Ford Thunderbird, 1961-1963
Rare Ferrari Daytona Found After 40 Years In Japanese Barn
This Oversized Helmet Is Designed To Block Out Noise In The Workplace
NASA Releases Sharpest Ever Moon Map
Artist Signe Pierce Explores The Chaotic Beauty Of Reality And Its Natural Tefractions
Source of inspiration since 2007. Proudly hosted by WebHostingBuzz.
Privacy Policy · Terms of Service · Content Removal Policy 🇺🇦 ❤️