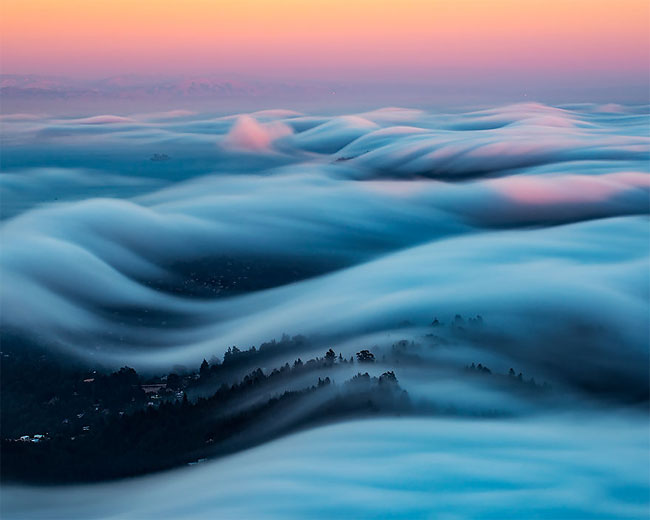 Nicholas Steinberg is an award winning landscape photographer from California, who is obsessed with the San Francisco fog waves. Nick has spent the past 8 years shooting the fog waves in this area. 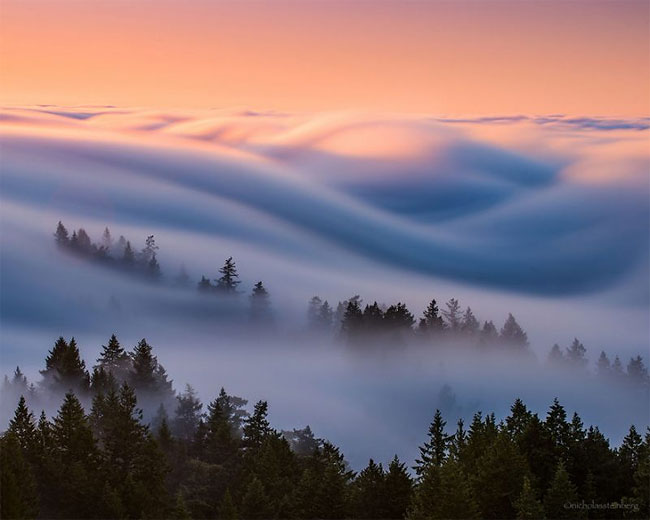 “I check the cams, satellites, and other forecasts to always be able to just get up and go,” he says. 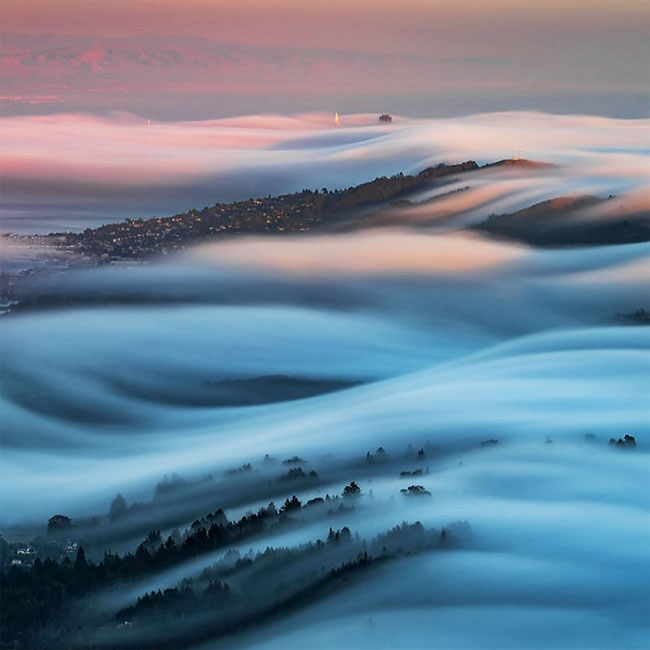 “Recently in my studies of the area I have discovered something amazing! During the summer months, when the fog is created from high amounts of inland heat, it gets too high to shoot in the bay area (including the Golden Gate Bridge) as it is usually above 1,000′ and the bridge sits at 746′. In addition, since it is coming from the Pacific ocean, the coastline is pretty much unshootable. So the only option is to hit up the high vantage points, one of the best being Mt. Tamalpais, which sits at 2,572′.” 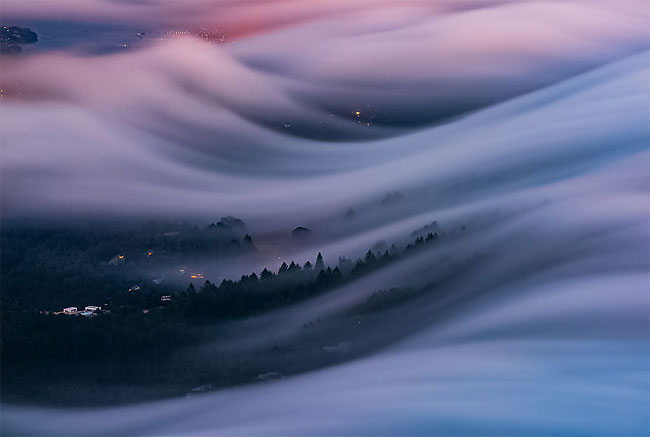 “Mt. Tam allows you to get, “above it all” and is literally heaven on earth as you feel on top of the world or almost on an airplane looking down on clouds. What I discovered from hundreds of trips up there is, when the fog rolls through and is at the perfect height and density, it will create wave-like movements as it contours the land. This is where I coined the term “Fog Waves” as it literally looks like waves that resemble the ocean.” 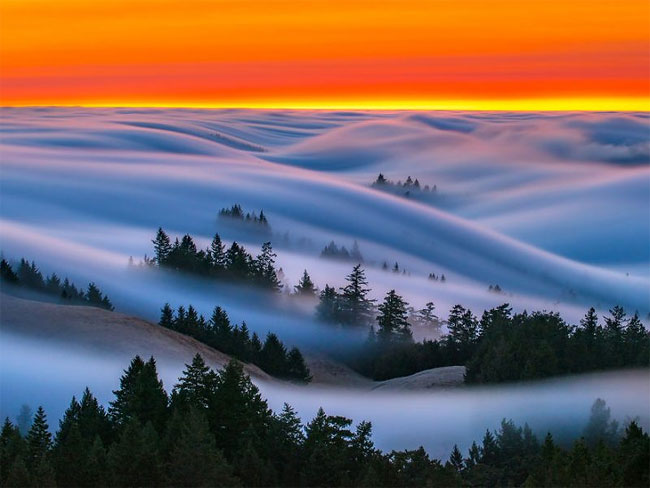 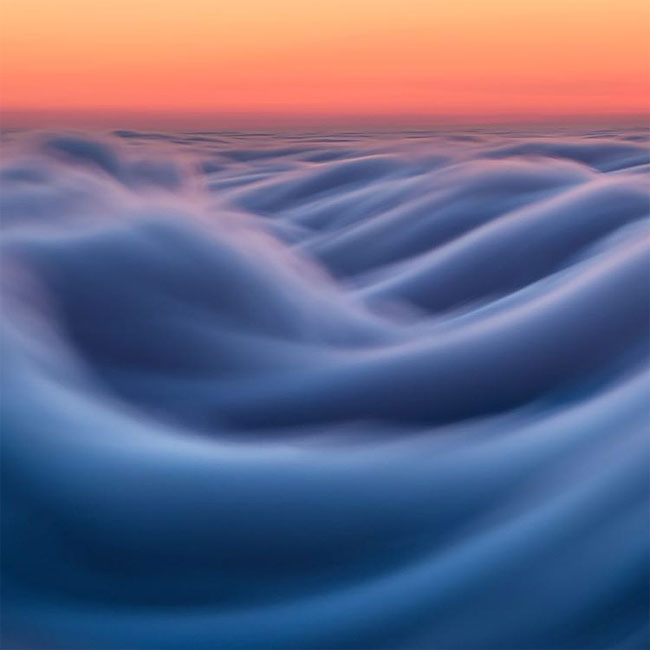 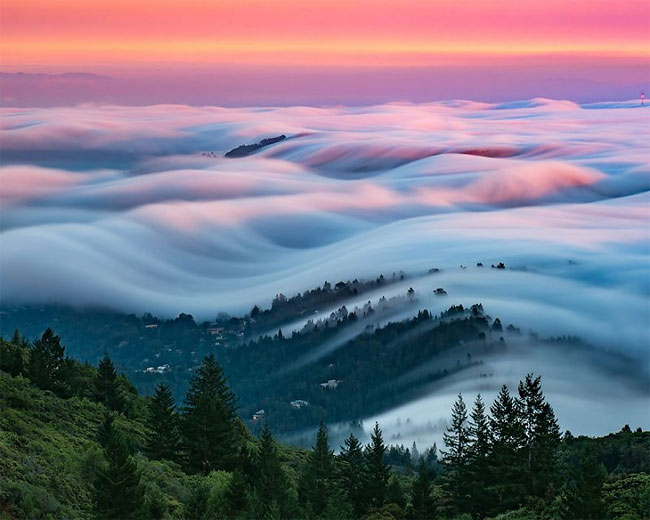 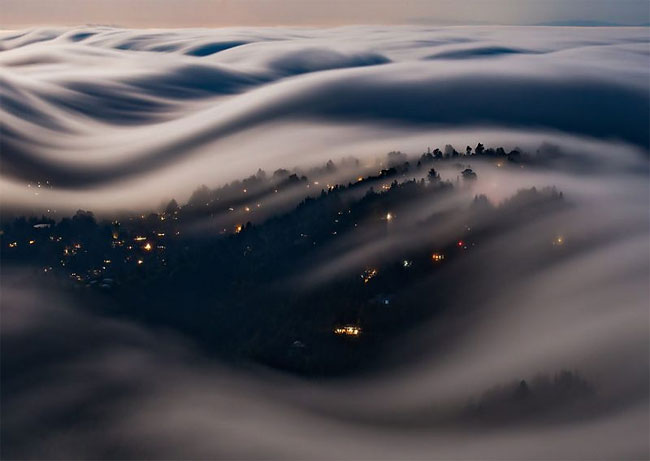 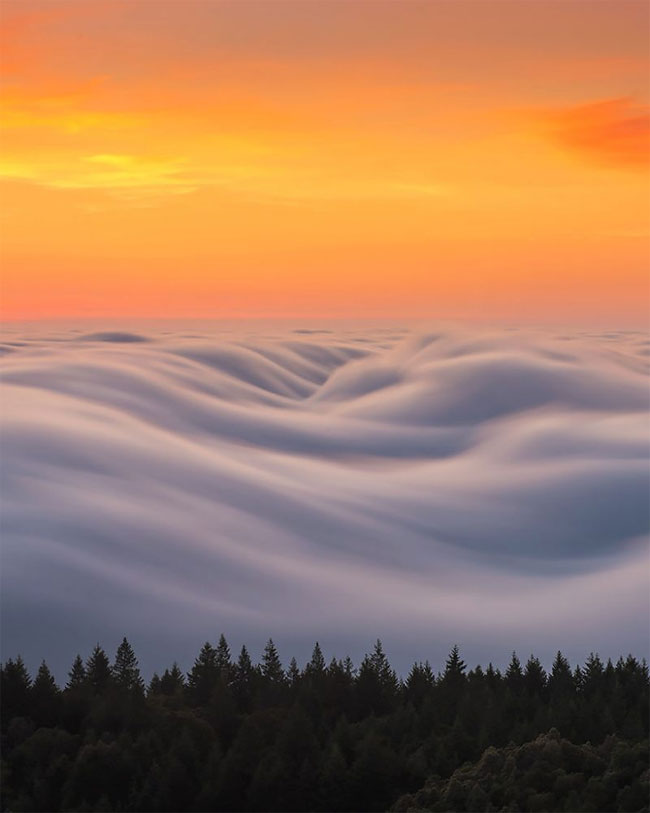 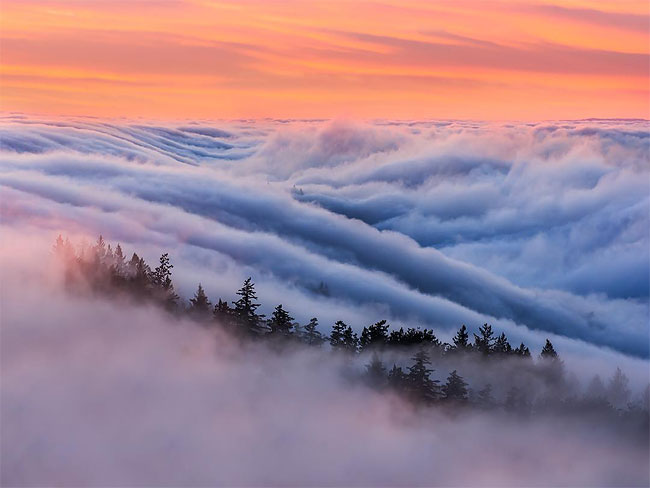 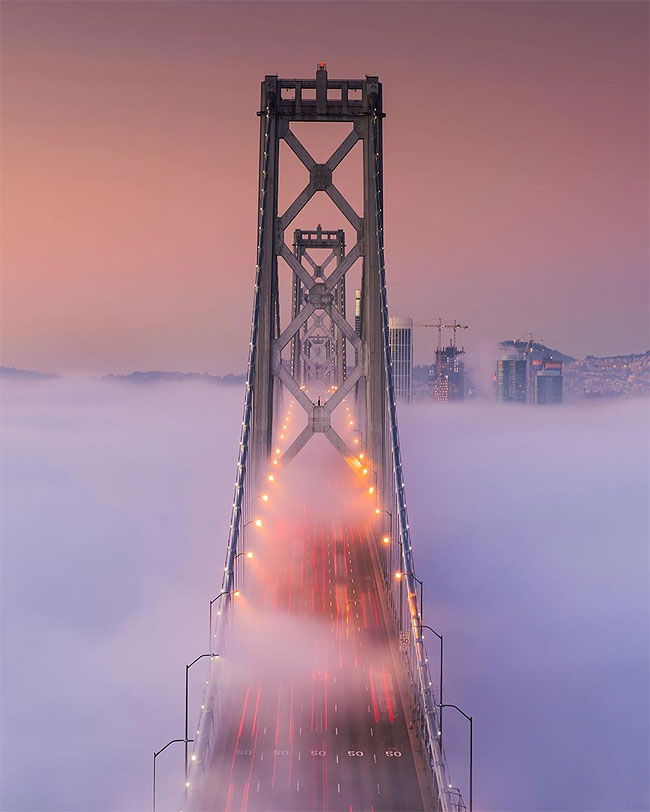 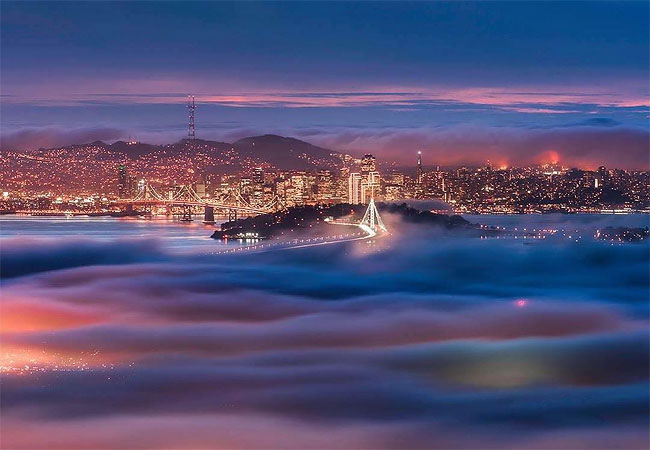 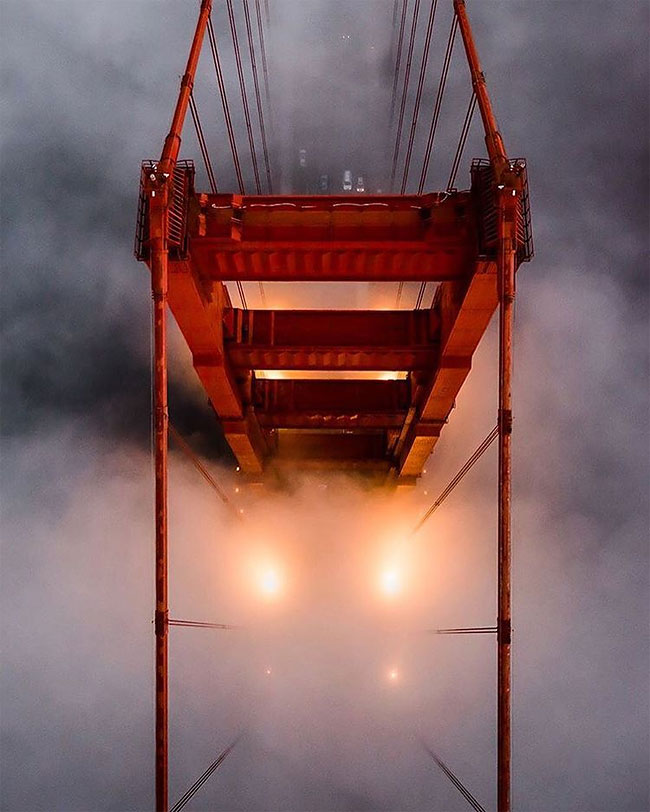 Wellcome Image Awards 2017
The Atlas of Beauty: Photographer Mihaela Noroc Provides a Rare Look at Women in North Korea
Photographer Captures Perfect Shots of Japan’s Great Buddha “Сrying”
Photo of the Day: Atomic Skyline
The Winners of The Historic Photographer of The Year Awards 2021 Have Been Announced
10 Car Crash Survivors Pose Proudly For A Chilling Photo Project To Raise Awareness About Seatbelt Safety
Beautiful Photographs of Cheap Motels in 1970s America
Our Endless Numbered Days: Absolutely Magical And Beautiful Forest Photography By Martin Podt
The Cat Scan
Floriade 2012: World Horticulture Festival
"Parallel Universes": Dreamy And Surreal Photo Works By Ibai Acevedo
The Photographer Took Dark and Gloomy Photos of A Small Russian City Covered with Morning Fog
The Calvert Journal Have Announced the Finalists of The New East Photo Prize 2020
Stunning Images of Freshly Frozen Cars Arrived to Vladivostok Sea Port
Creatures of Jurassic Era
A Photo Serie Where The Dancer And Photographer Arthur Cadre Twist His Body Into Mesmerising Position
A Mermaid’s Perspective: Underwater Photos That Will Make You Question Which Way Is Up
Unlikely Friendships
Winners of the 7th Annual Wikimedia Photo Awards
Cate Blanchett Photographed by Robin Sellick, 1994
Meet Edward Burtynsky, The Winner Of UK Master Of Photography 2018
Geri Halliwell for Next Underwear
Pilot Takes Amazing Photos From His Cockpit, And They Will Take Your Breath Away
"Hong Kong On Fire": Local Photographer Captured Stunning Images Of The Days In Fight For Civil Rights
breathtaking, captures, foggy, francisco, landscapes, steinberg