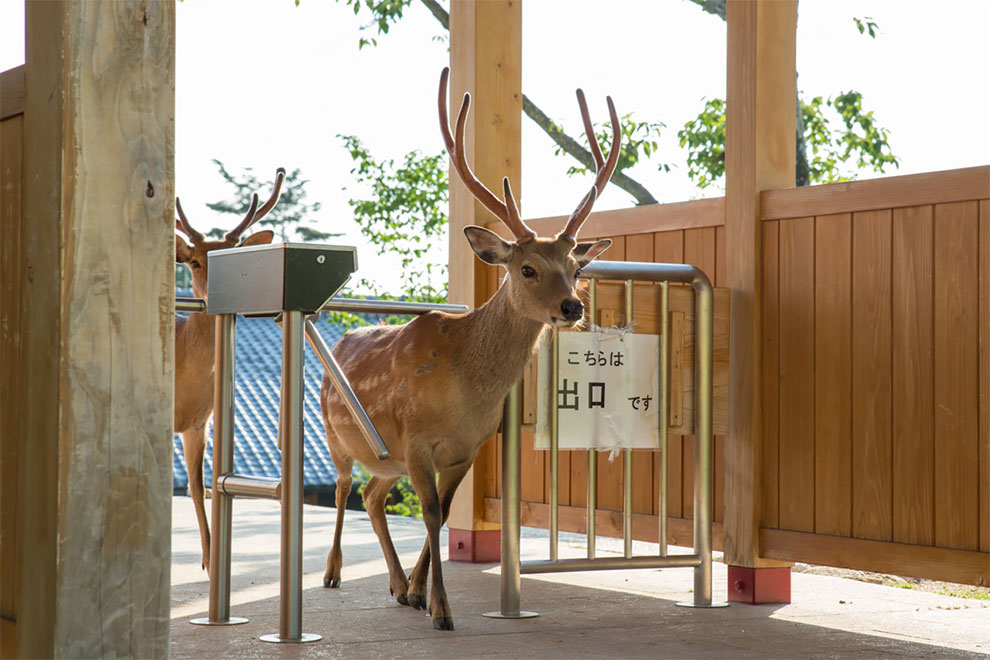 This is completely true, even though it looks like a staged or Photoshopped scenes – it’s not! Amazingly, in Nara, Japan, Sika deer live freely among humans in an urban populated city. They’re sacred and protected by law and free to roam within the man-made architecture, cars, and people. 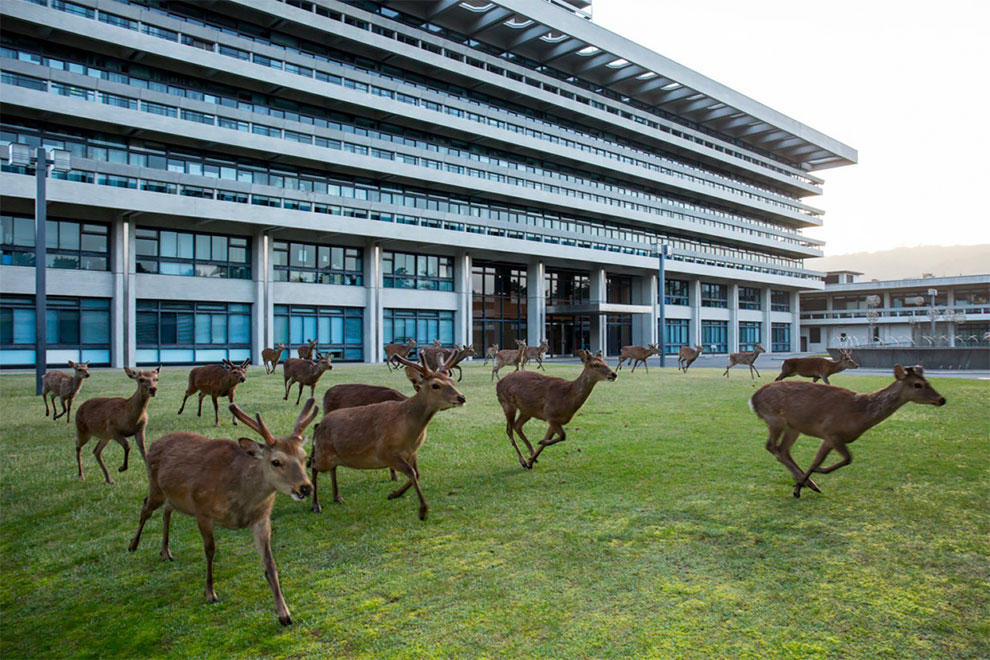 Together they walk through the open shops, malls, and roads. Yoko Ishii is a Kanagawa-based photographer fascinated by this unique occurrence. She was observing a pair of deer stopping at the intersection in 2011 and the way how animals interacted with common city infrastructure inspired her to create her own photo series dedicated to Sika deer in Nara. 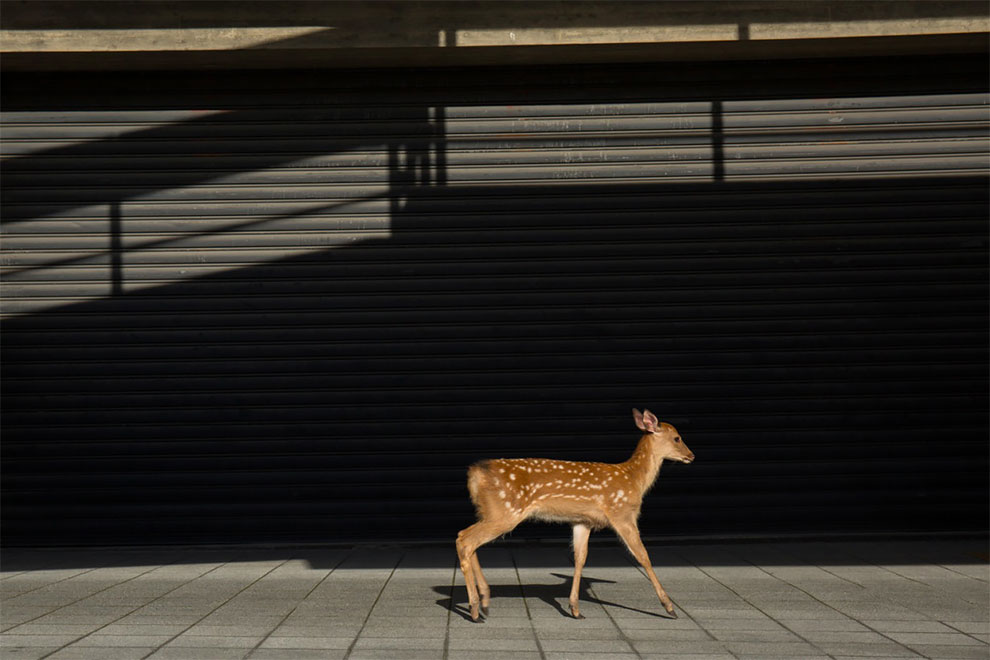 “These picturesque moments when early in the morning the deer can be found standing in the middle of desolate intersections, not bound by man’s borders and laws, yet inhabiting a man-made city is fascinating and inspiring,” Ishii shares. 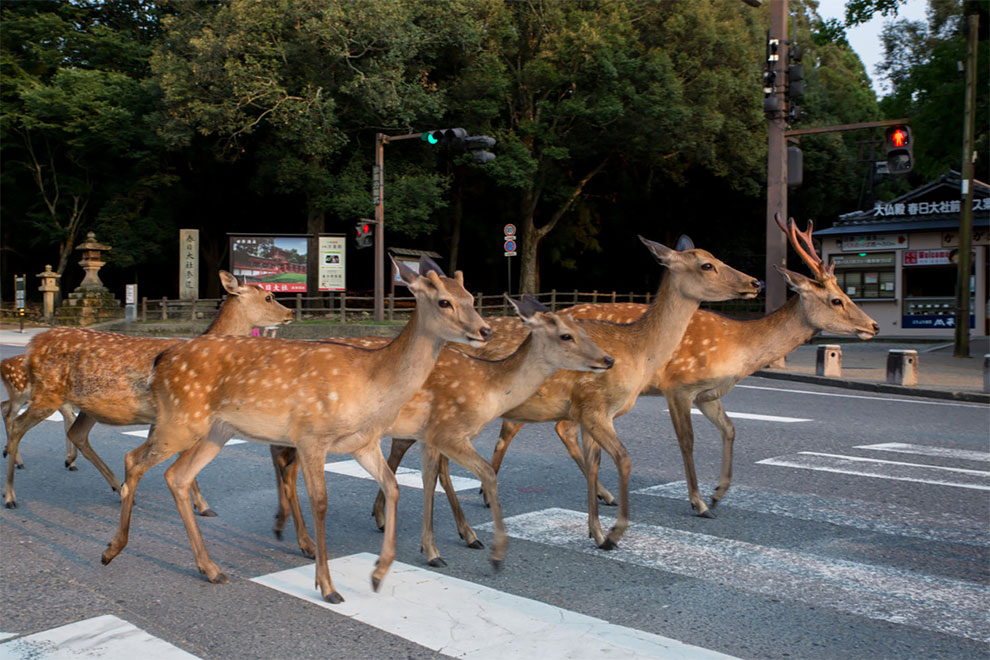 Her photo series named Beyond the Border explores how animals exist outside the basic rules the regular cities would usually operate. With growing deer population new issues come to notice, such are accidents with cars. 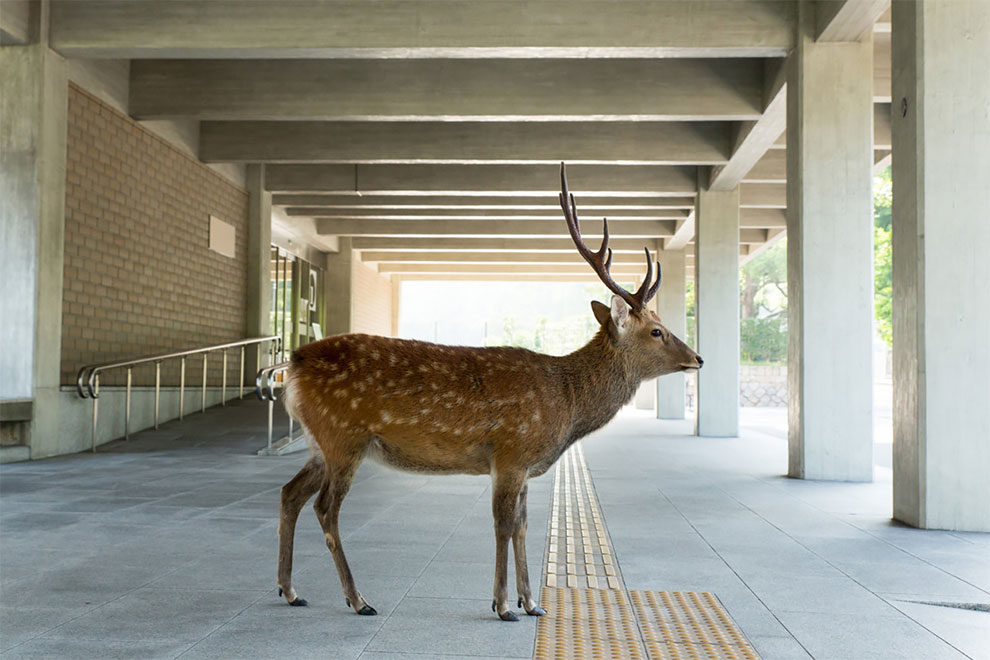 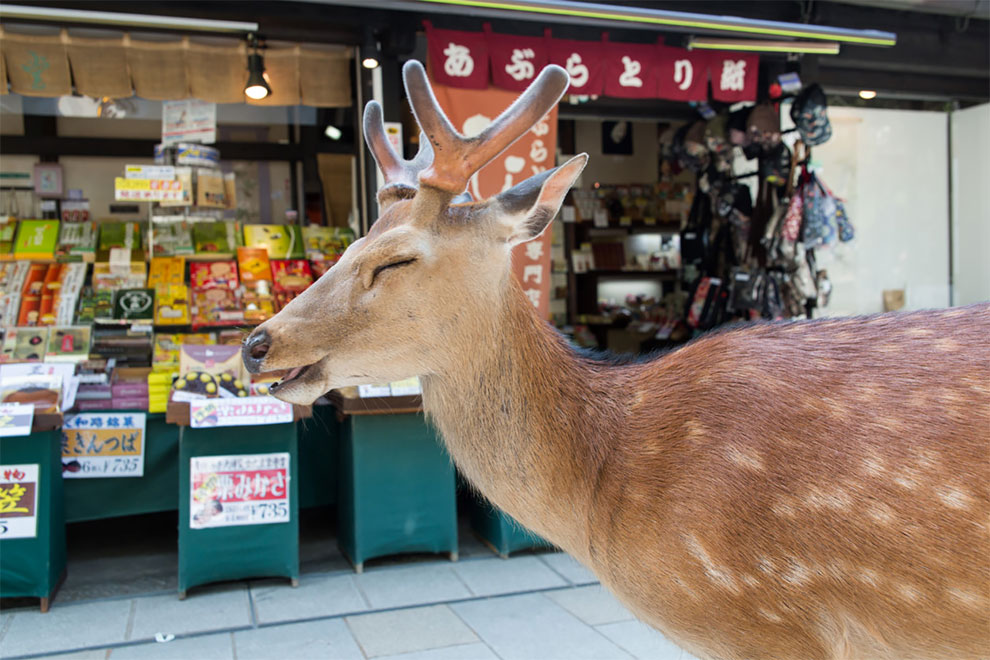 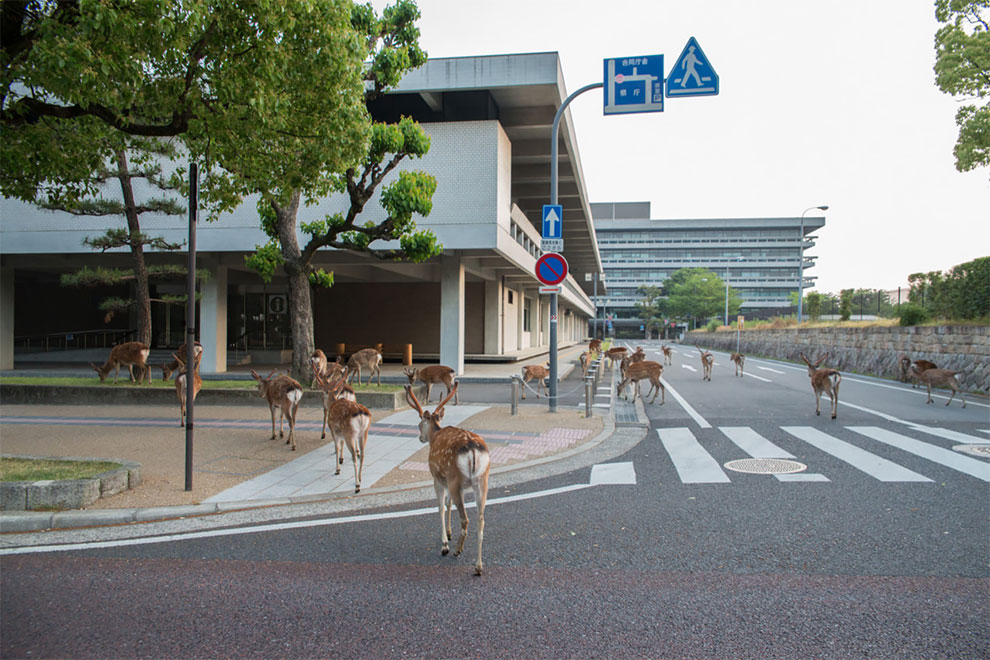 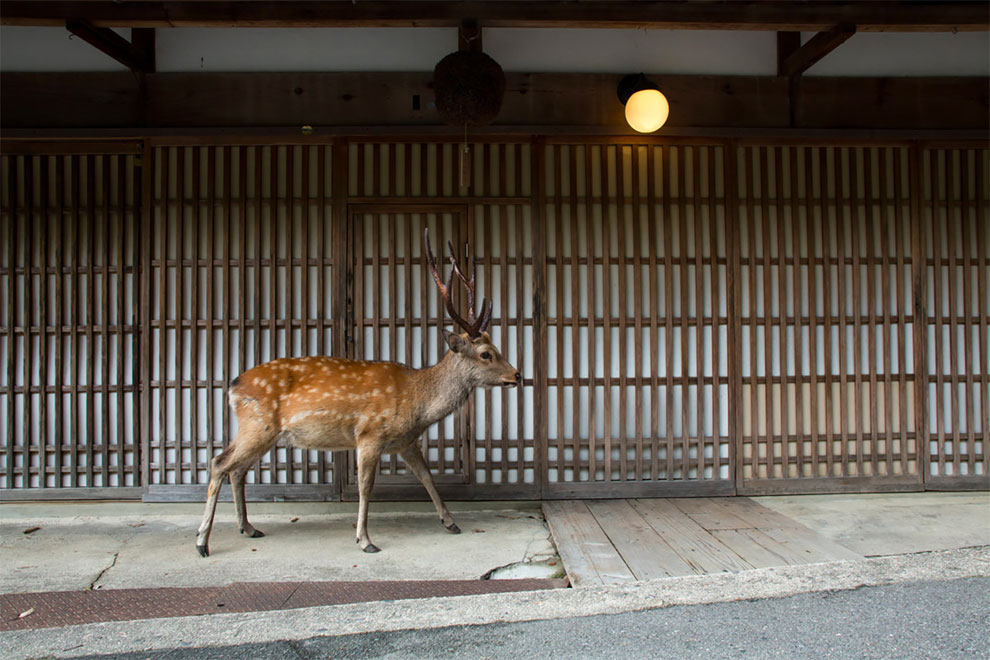 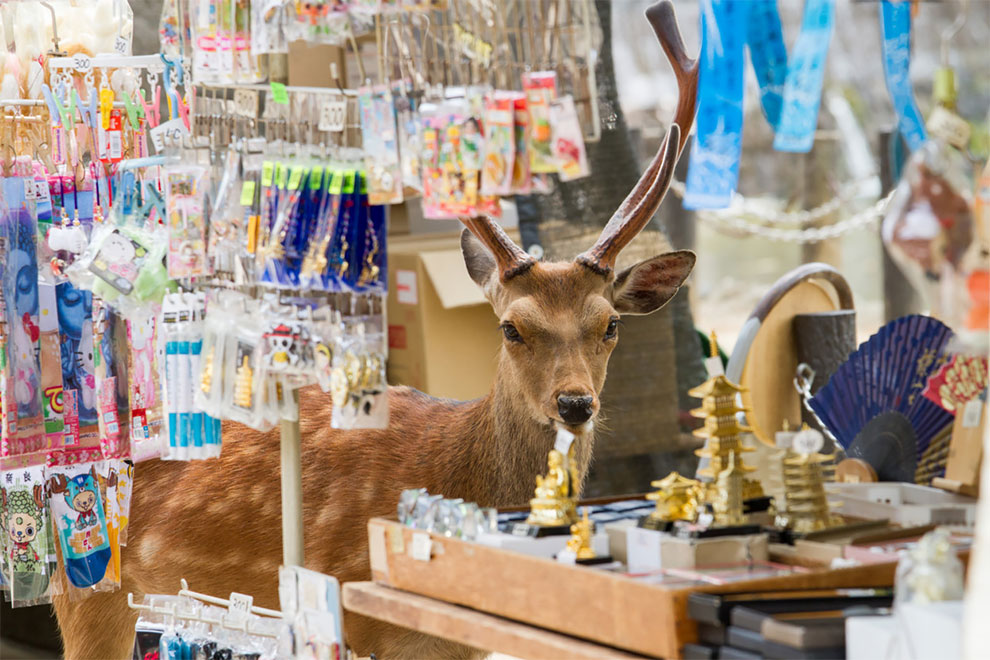 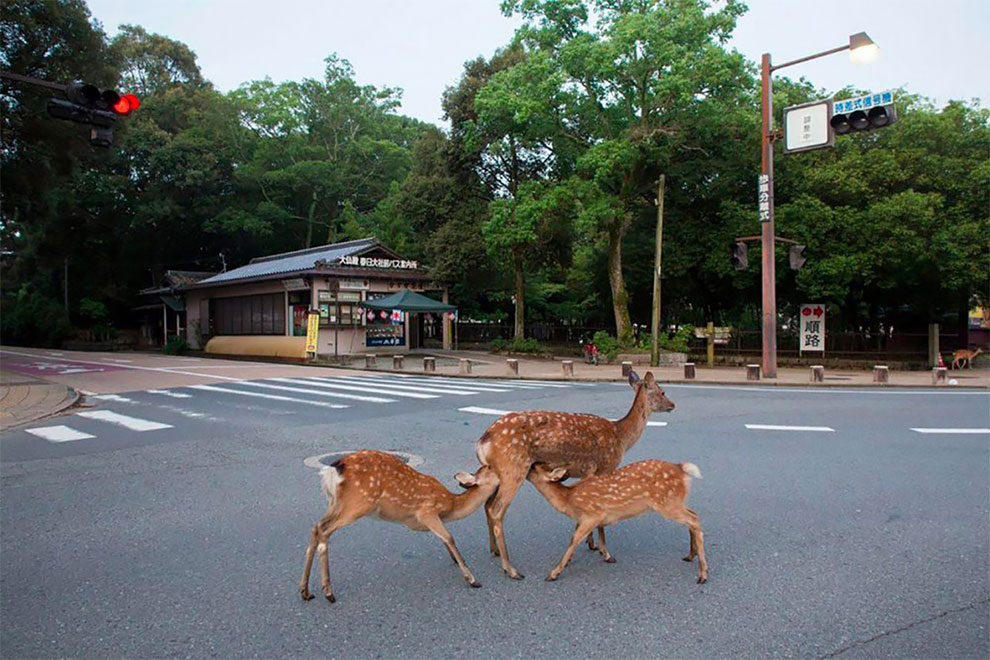 12 Hilariously Honest Dog Breed Slogans
Oakland Zoo Lights Up its ZooLights
Someone Replaced The Dinosaurs In Jurassic Park With Ferrets, And It’s The Remake You Didn’t Know You Wanted
Thousands of Caimans Thrive in Rio's Urban Sprawl
The Dark, Droll and Devilish World of Illustrator Sakiyama
Japanese Artist’s Maddeningly Realistic Food Illustrations Have Our Mouths Watering
Sculpture Of Istanbul’s Social Media Phenomenon Cat Tombili To Be Inaugurated
Photograher Captures Photos From The Highest Places In Tokyo Show The Beauty Of The City
Demonic Glowing Eyed Cats And How To Photograph A Feline
Before And After Photos Show The Power Of Art To Transform Boring Buildings
Misbehaving Goats That Were Forced To Wear Pool Noodles & Tennis Balls For Everyone’s Safety
The Animal Issue: Vogue Italia Presents an Issue Dedicated to The Beauty of The Animal World
Fun Animal Facts You May Never Knew Existed Or Cared About
There’s A ‘Sloth Institute’ Which Looks After Baby Sloths That Lost Their Moms
"Do You Look Like Your Cat?" A Memory Game: Match The Cats with Their Humans!
The 'Cuddle Clone' Plush Toys Made To Look Like Aging Pets So Their Owners Can Cherish Them Forever
Japanese Artist’s Puzzling “Spot the Killer” Murder Mystery Has Net Baffled
Dining With Giraffes
Train In Japan Decorated With Thousand-Armed Kannon Limbs Hanging From Carriage Ceiling
Face of 4000-Year-Old Dog Revealed by Forensic Reconstruction
Japanese Cats Love Nothing More In The World Than Watching Farmer Next Door Plant His Rice
The Japanese Cat with Over 100 Cosplay Costumes
Japanese Artist Depicts Cats, Dogs, And Other Animals Using Watercolor Flower Arrangements
Orangutan Brothers Damai and Rizki
city, deers, japan, nara, Yoko Ishii