Couple’s Dog Is the Cameraman On Their Enchanting Wedding Day 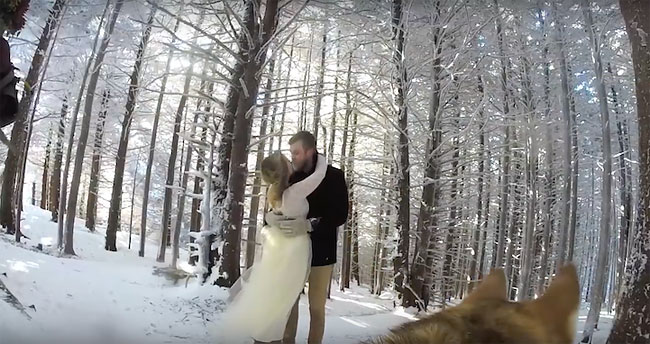 Addie and Marshall Burnette decided not to use a traditional videographer when they eloped a few weeks ago. Instead, they strapped a GoPro onto their Siberian Husky Ryder and trusted her to film the entire journey. From Addie getting ready to the enchanting ceremony amidst Roan Mountain’s snowy terrain, Ryder did an exceptional job capturing her humans’ big day. 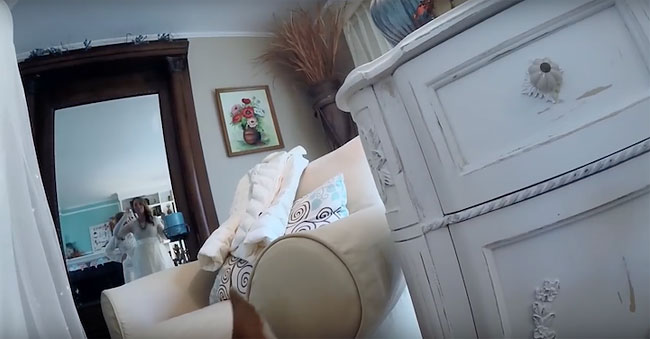 “The cool thing about it is that we eloped to the same mountain where we had our first date 10 years before, and it just so happened to snow two feet that day,” Addie revealed, when discussing her magical wedding surroundings.

But it wasn’t just Marshall and Addie who enjoyed this winter locale. Right before the ceremony, Ryder happily ran through the snow and took viewers along for the ride. 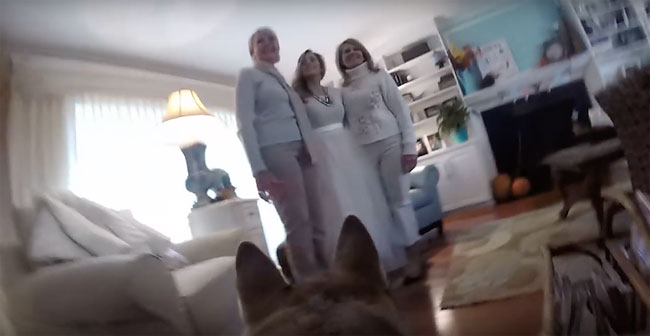 “We actually eloped, so everything was last minute, including my wedding dress,” bride Addie Burnette told Refinery29. The wedding took place on the top of Roan Mountain, in Tennessee, last November. “The cool thing about it is that we eloped to the same mountain where we had our first date 10 years before, and it just so happened to snow two feet that day.” 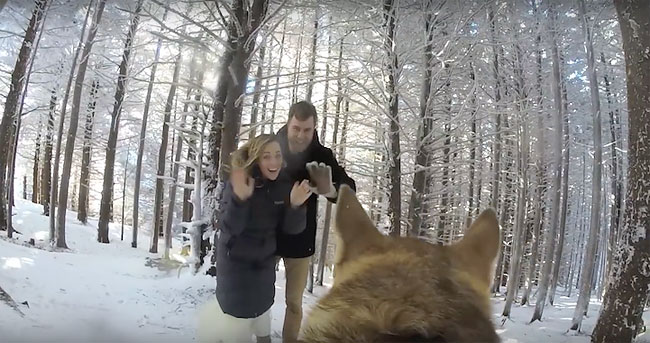 Marshall Burnette posted the two-minute clip on YouTube earlier this month. “It was cold and magical,” he wrote on YouTube. “Our dog, Ryder, insisted on filming the wedding video, so we let her do her thing. She took awhile to edit the footage, but we think she did a great job.” 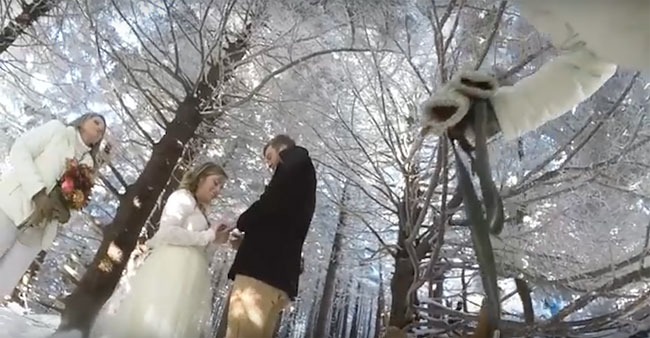 After the ceremony, Ryder filmed the family’s joyful celebration from a dog’s-eye view. As she wanders amongst the party guests, one can’t help but appreciate this pup’s impressive recording skills. 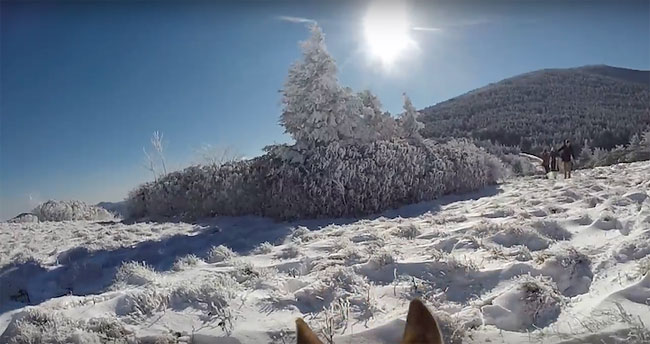 Via My Modern Met, DesignTAXI, Refinery29

This Dog Has A Wheelchair Made Out Of Children’s Toys
Guy Walks His Pet Tortoise Around The Streets Of Tokyo
Ride Like An Animal While Wearing Ultra-Realistic Animal Ski Mask
Pink Champagne Fox Miko
Photographer Alicia Rius Captures The Beauty Of Bald Cats
“Smiley” False Killer Whale
For $100, You Can Have A Farm Animal Drop By Your Next ZOOM Video Conference
Aren't You a Little Short to be a Stormtrooper
Photo of the Day: Cosplay Couple Transform Into Their Characters In Mexico
Artistic Animal Doodles By Rohan Sharad Dahotre
2007 ‒ 2022 by Design You Trust. Proudly hosted by WebHostingBuzz.
Privacy Policy · Terms of Service · Content Removal Policy ❤️ 🇺🇦