This Artist Turns Pieces Of Classical Art Into Hyperrealistic Portraits 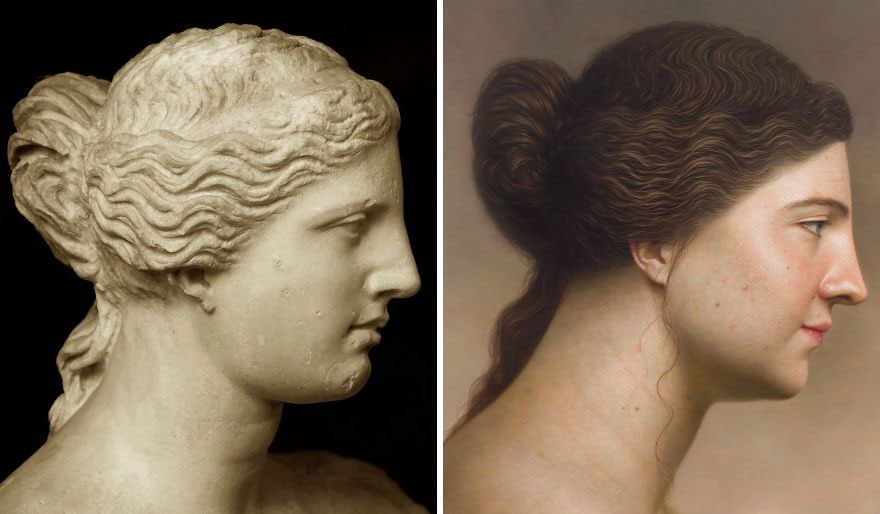 Joongwon Jeong is a Korean painter and a freelance illustrator who specializes in hyperrealism. This time the artist took inspiration from some classical pieces of art and recreated them as hyperrealistic portraits that almost look like photographs.

Just by looking at the artist’s Instagram page you see that Joongwon is an incredibly versatile artist. He does oil and watercolor paintings, pencil drawings and even does Shakespeare plays!

Homer
Homer is a legendary Greek writer, having written such amazing poems as the Iliad and the Odyssey, earning him the nickname of “father of western literature”. 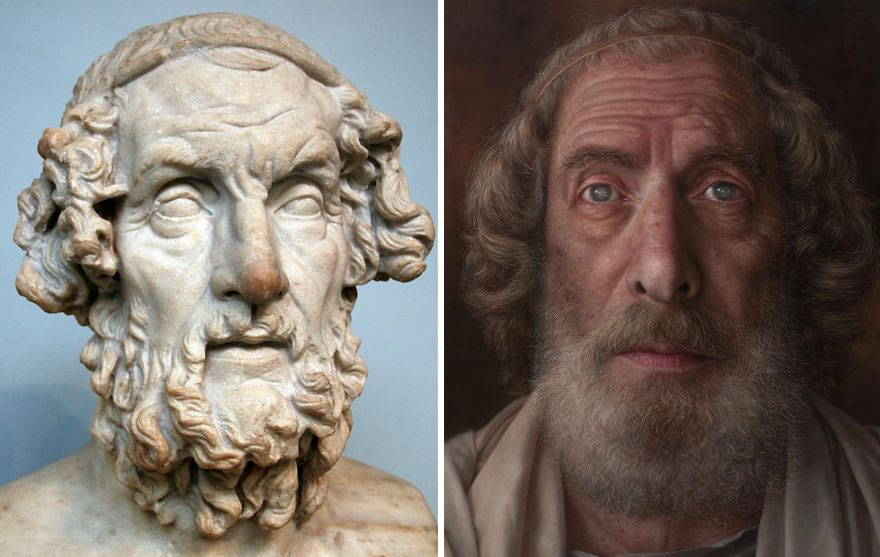 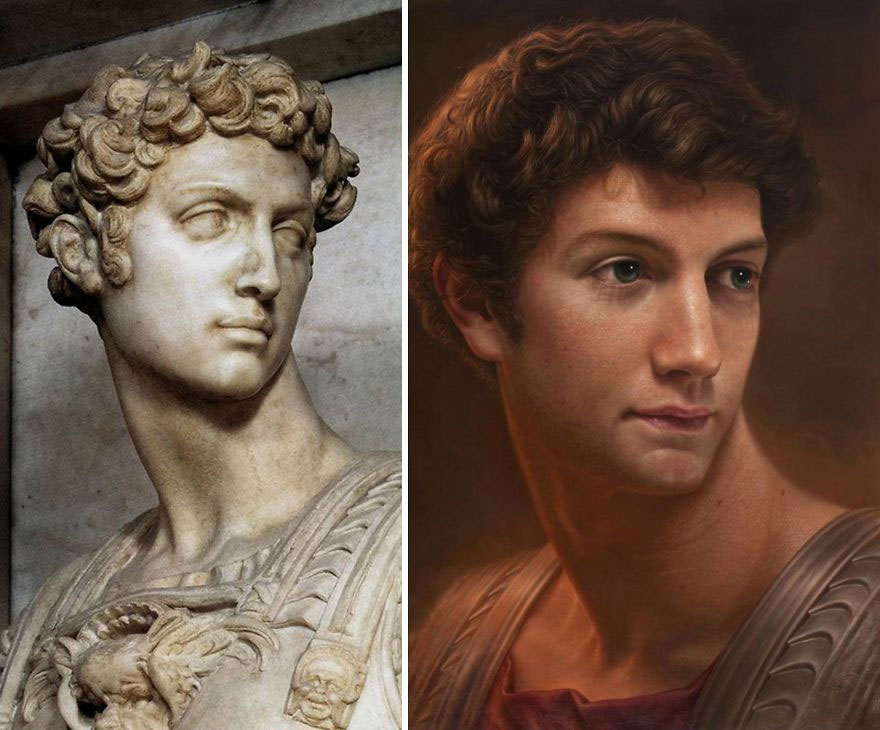 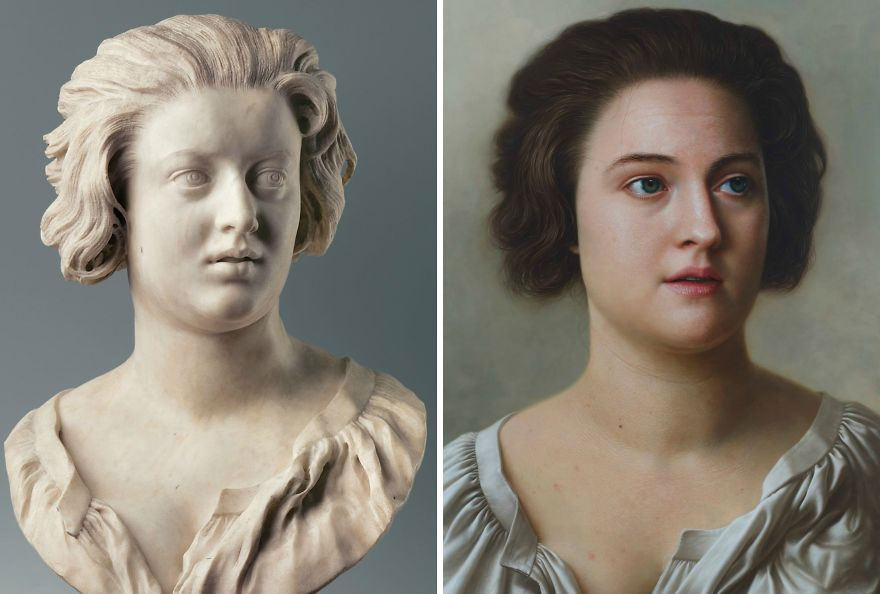 The Death of Seneca
Seneca was an ancient Roman philosopher who was accused of taking part in a plot to kill emperor Nero. He was ordered to commit suicide as punishment. 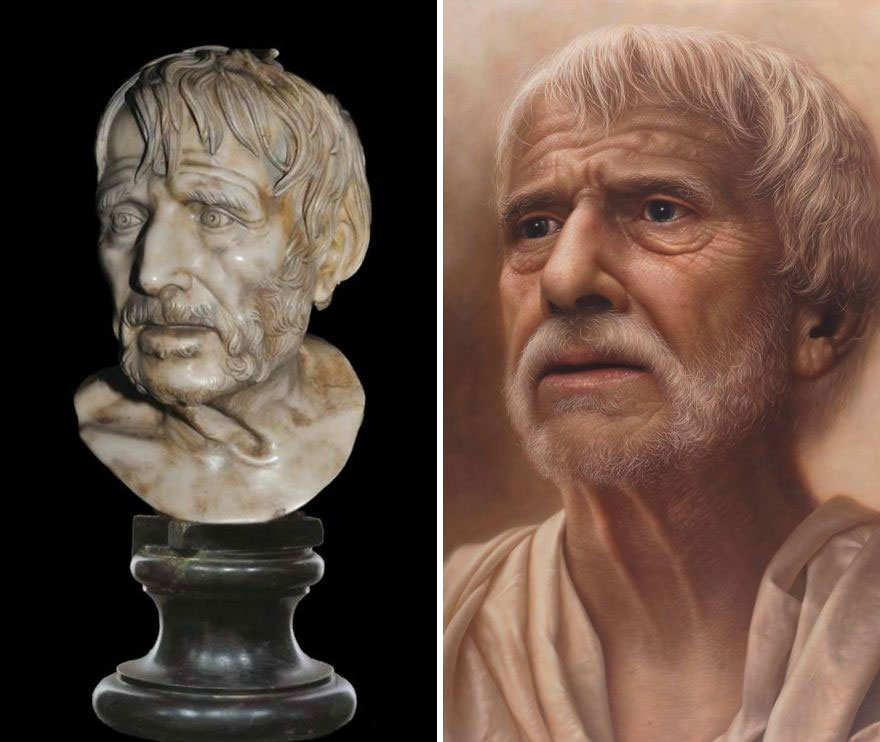 Michelangelo’s Adam
Michelangelo painted the fresco on the Sistine Chapel’s ceiling at the beginning of the 16th century. It depicts the creation scene from the Book of Genesis where God gives life to Adam. 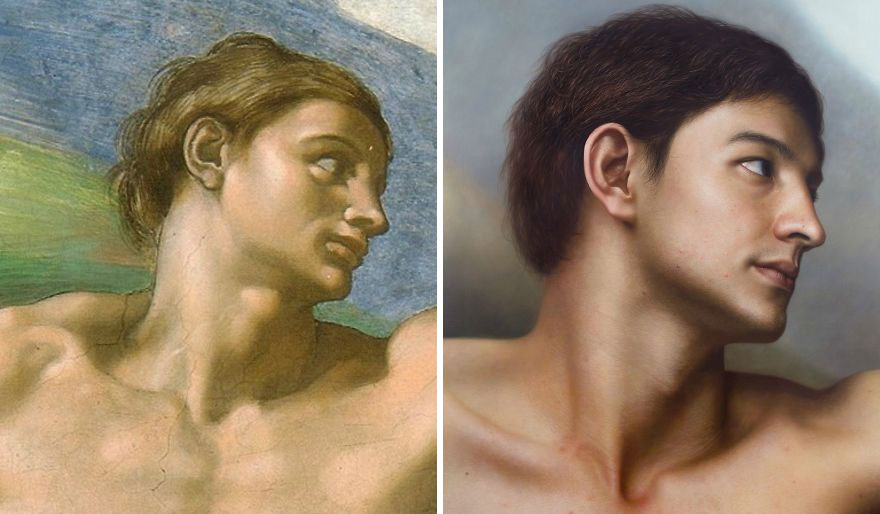 Michelangelo’s God
Another part of the Sistine Chapel ceiling fresco painted by Michelangelo. 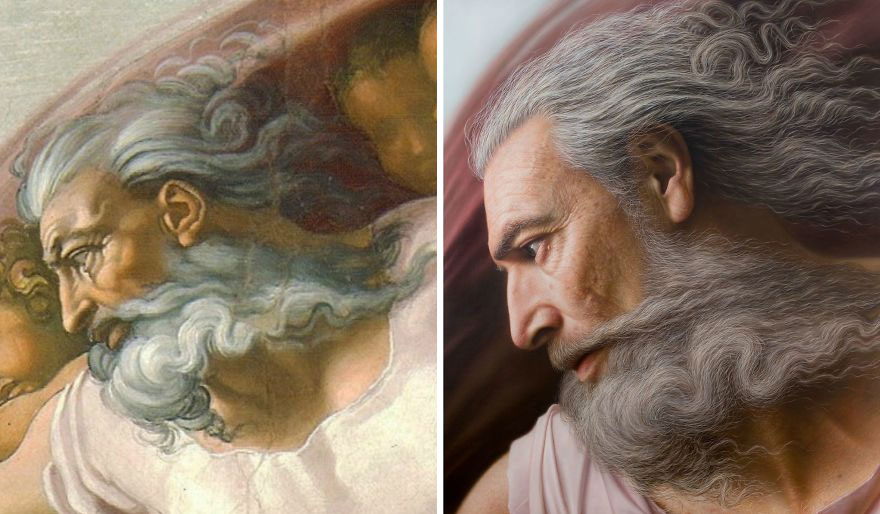 Vincent van Gogh
Vincent Willem van Gogh was a Dutch post-impressionist painter who is among the most famous and influential figures in the history of Western art. In just over a decade he created about 2,100 artworks, including around 860 oil paintings, most of which date from the last two years of his life. They include landscapes, still lifes, portraits and self-portraits, and are characterized by bold colours and dramatic, impulsive and expressive brushwork that contributed to the foundations of modern art. He was not commercially successful, and his suicide at 37 came after years of mental illness and poverty. 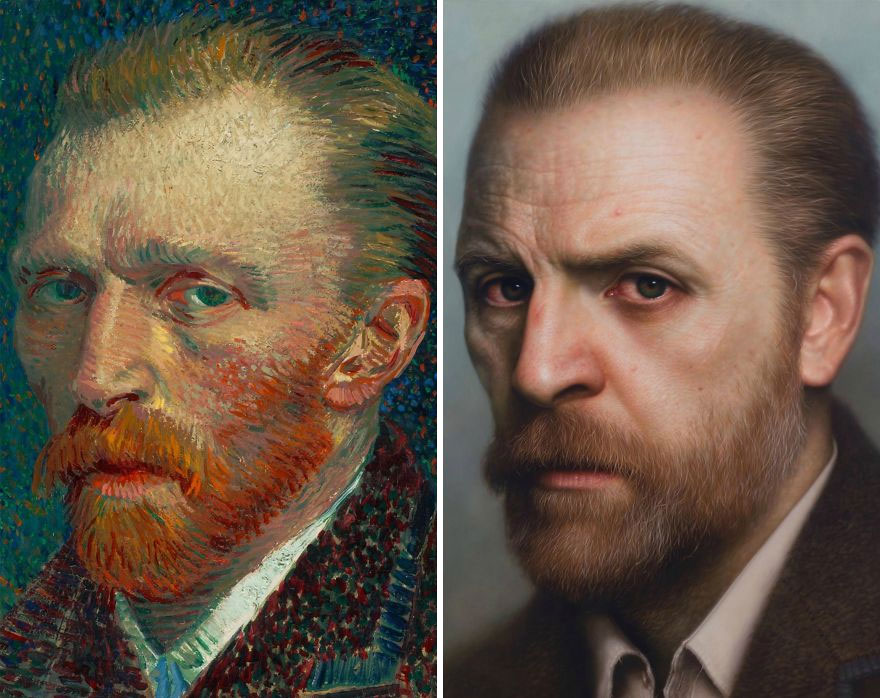 Sigmund Freud
Sigmund Freud was an Austrian neurologist and the founder of psychoanalysis, a clinical method for treating psychopathology through dialogue between a patient and a psychoanalyst. 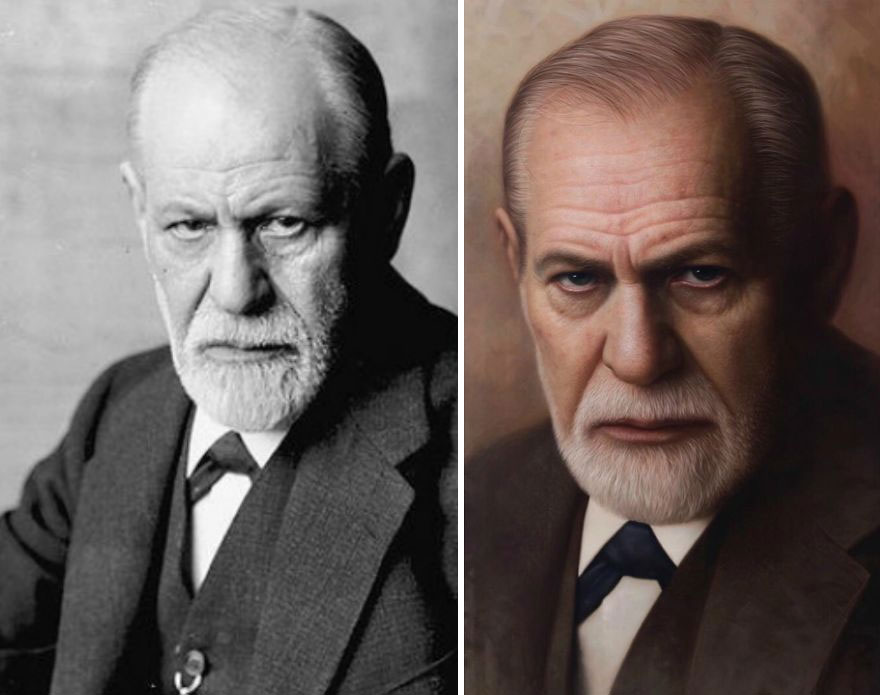 “Selfish Pigs” Cartoons Show Annoying Things People Do
Cat-a-Comb
Tenface Hotel Condoms
12 Zombie Style Family Portraits Render Any Family Photos You Have So Alive And Well Boring
This Artist Uses Natural Landscapes to Color in Cutout Silhouettes of Animals
An Artist’s Interpretation Of How Iconic Faces Would Look If They Fit Modern Beauty Standards
Top 20 Absolute Worst Things In The World
The Most Uplifting Post On The Net
Man Finds Mysterious Book That Can Not Be Explained
International Guidelines For Problem Solving
Yes, This Is Barack Obama Battles The Pink Robots
15th Annual Hampton Beach Master Sand Sculpting Competition at Hampton Beach, New Hampshire
Hilarious Comics By Norwegian Mom Jade Nordahl That Perfectly Capture What Motherhood Is Like
Stunning Digital Art By Nik Buzhan
What World's Famous Landmarks Could Look Like In An Epic Drought
"Nothing Stands Obscured": The Superb Dark And Atmospheric Cinematic Artworks By Alexander Mandradjiev
"Where Do You Go When You Dream?": The Superb Dreamy Artworks of Pablo Hurtado de Mendoza
"Liquid Colors": The Superb Colorful and Surreal Collages by Farid Sukuro
Sweet Illustrations And Vector Portraits By The Chinese Female Artist Shingudoo
"Dreaming A Dream": The Surreal Digital Compositions Of A 19-Year-Old Creative
Heroes: Portraits Of 35 Frontline Workers That We Turned Into A Billboard In The Center Of Warsaw
Meet Khoudia Diop, Stunning Charcoal Black African Model
Giant 3D Mixed Media Street Art Sculpture Climbs Università Bicocca In Milan
"Our Future Is Now": The Incredible Cyberpunk Illustrations Of Mad Dog Jones
classic, portraits, realistic, reimagined