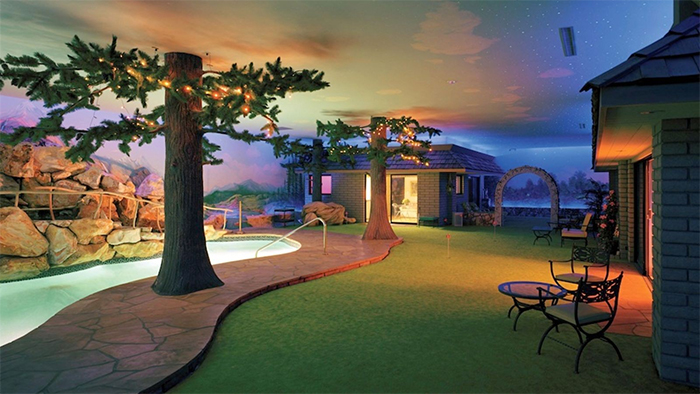 The Cold War period was an intense one. Many were living in fear of an approaching war and the statistics tell that by 1960, almost 70 percent of American adults thought that nuclear war was impending. By the mid-1960s, an estimated 200,000 shelters were built—but it’s only a rough estimate. It’s hard to know the exact numbers because “people didn’t talk.” 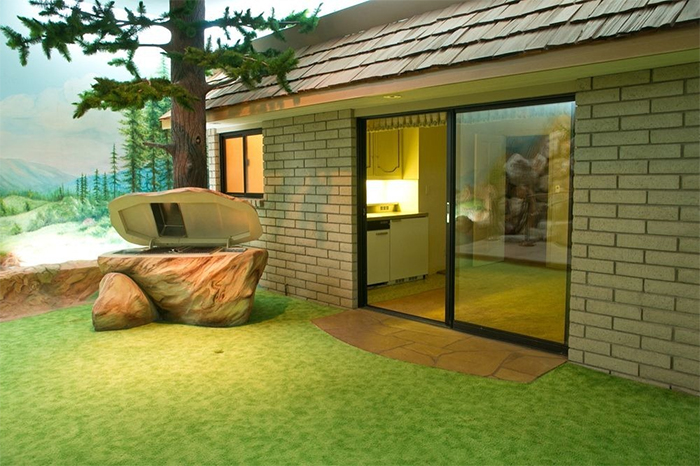 Since bunkers and shelters became so popular—with Washington Times pointing out that it was a “conceit of suburban life”—it’s only natural that they ranged in their decor. There were people who wanted to make bunkers as homely as possible and equipped them with every amenity imaginable. 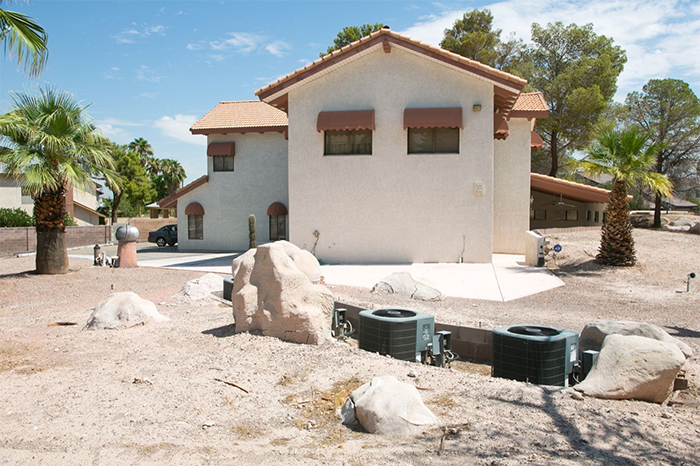 One such lover of the suburban extravaganza was Girard B. “Jerry” Henderson—an entrepreneur who made his fortune through several companies including Avon cosmetics and Gulfstream Aerospace Corp. 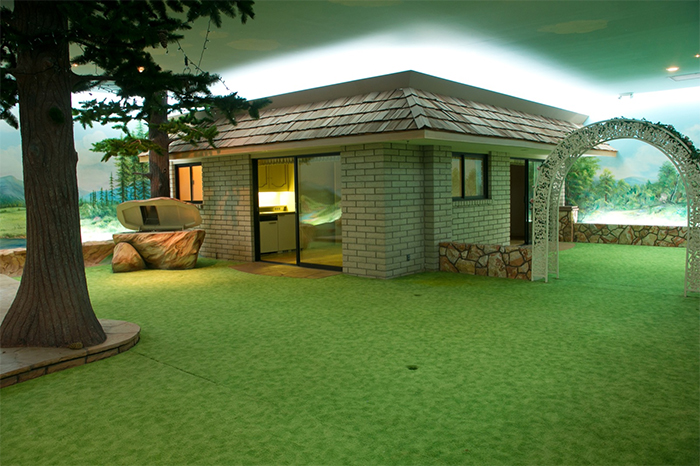 Entrepreneur Girard B. “Jerry” Henderson had a particular fear of the Cold War ending the country for good. Therefore, he found a company called “Underground World Homes.” In 1964, he created an exhibit at the New York World’s Fair called “Why Live Underground” to promote the concept of living underground. Jerry lived in his own underground house until his death in the early 1980s, while in the 1970s, he built this extravagant underground Las Vegas residence. 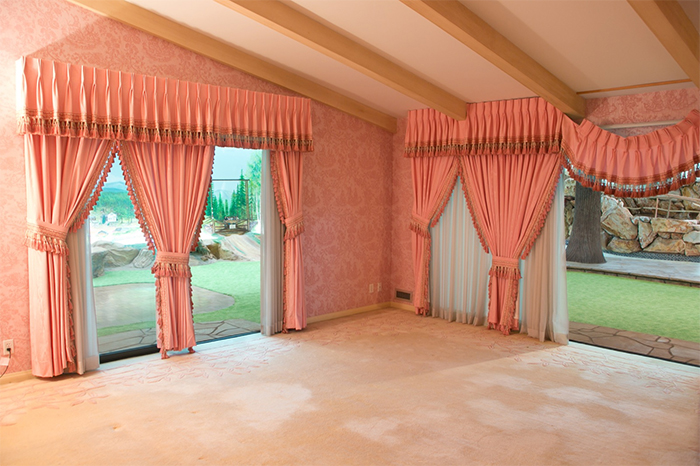 After casting a first look at the interiors of 3970 Spencer Street in Las Vegas, this might look just like any other early 1970s suburban home—it has a nice kitchen, spacious bedrooms, six bathrooms, a Jacuzzi, a pool and… wait, a dance floor?… Okay, maybe it’s not your regular next-door-house-from-the-’70s. But the catch is not the dance floor. It’s the fact that this house of 5000 square feet is located below another home, which is traditionally above-ground. This is a bunker built in the 1970s in fears that nuclear war would blast everything off the surface. 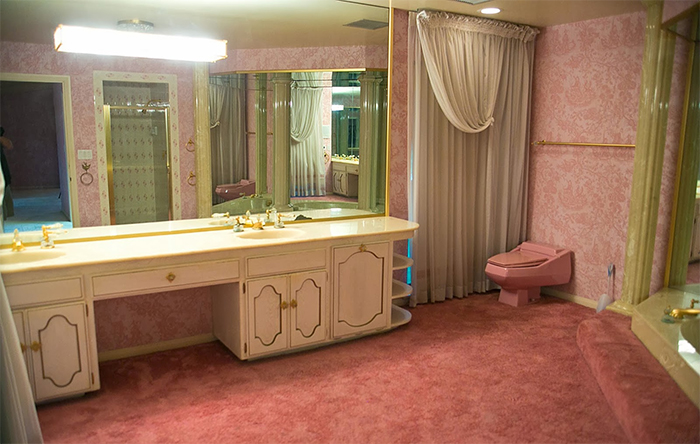 The house in Las Vegas was recently listed by Stephan M-LaForge at Berkshire Hathaway for $18 million. A quick lookaround of the interior is like a blast from the past, with decorations and furnishings looking like they came straight from the catalogs of the 1970s. The Cold War-era bunker is over 15,000 square feet and comes complete with a yard that has artificial trees, rocks, and even hand-painted murals depicting forest and countryside settings. 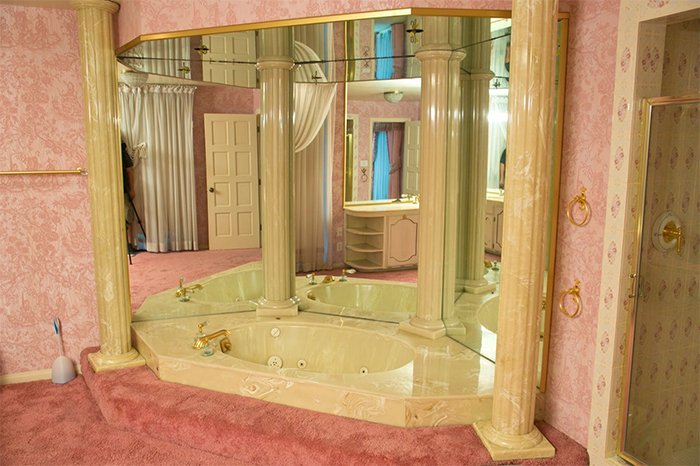 The lights in the yard can be adjusted to simulate different times of the day, and the ceiling has twinkling stars on it to imitate the night sky. 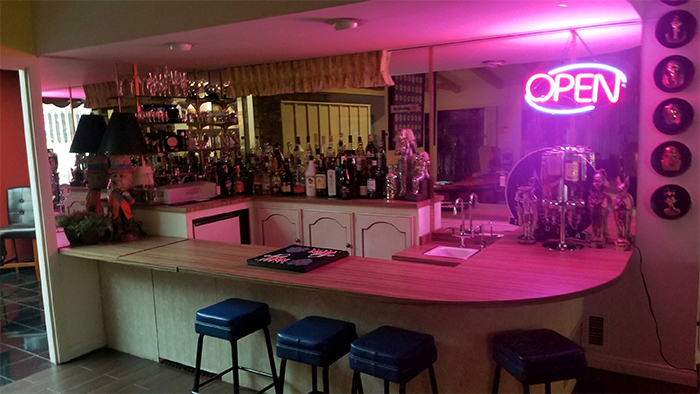 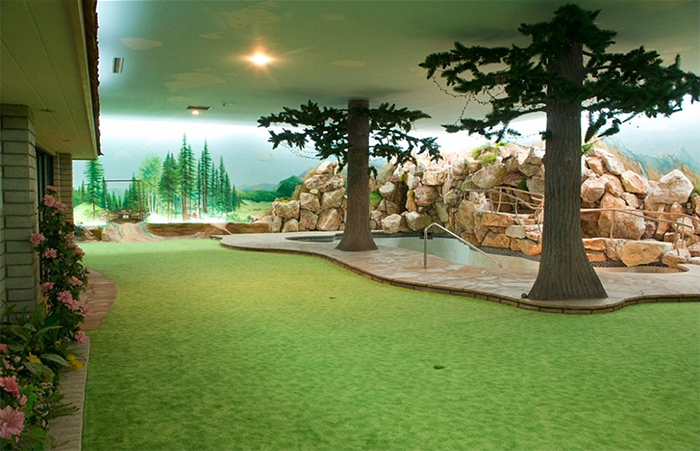 Camouflaged by rocks, an entrance complete with an elevator takes you deep into the underground home with an additional staircase hidden in a backyard shed. While not truly built to withstand a nuclear blast, the property is 26 feet below the surface and could be remodeled and converted to become an authentic nuclear shelter. 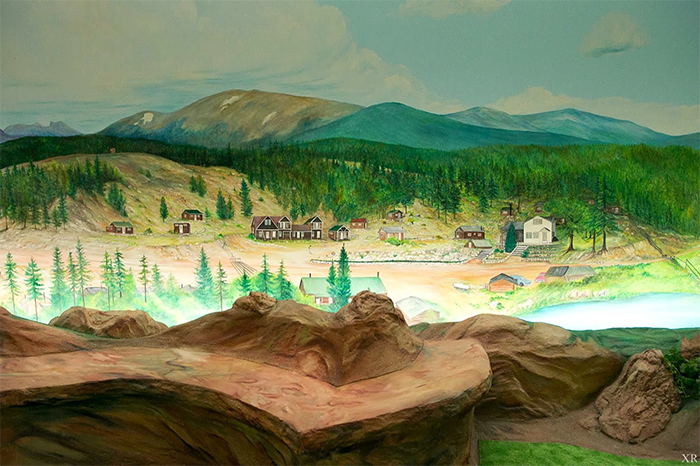 Architect Martín Marro Builds Cozy Home Inside The Real Oil Tank, And You Can Live In
Amazing Then-and-Now Photos Show How London Has Changed From Between the 1920s and 2010s
Surreal Sliding House Created By Artist Alex Chinneck
What The Abandoned Silverdome Looks Like 13 Years After The Detroit Lions Left
Designs of the Year
Majestic Sails Benches Will Transport You To The Open Sea
World’s Longest Tunnel Slide To Open In London This Summer
Nike Transforms West Side Church In Chicago Into Basketball Facility
This Man Builds Gorgeous Custom House In 800 Year Old Cave
This “Story Pod” Is A Free-For-All Lending Library Designed For A Public Park
The Metropol Parasol
Zaha Hadid Architects Have Completed The Messner Mountain Museum Corones In Italy
Architects Creates Super Luxury Residence On Top Of The Seaport Crane
Whale-Shaped Marine Observatory Will Let Visitors Take A Look Under the Sea
Swim 115 Feet Above London in the World’s Only See-Through Sky Pool
Paris Mayor’s Race Offers Chance to Reimagine City
The Floor Of An Historic Church Transformed Into A Reflective Pool Of Multi-Colored Orbs
A Closer Look Inside the Student Apartment in Hong Kong
City Footbridge Gets People Closer To Nature
Thousands Of Military Bunkers In Switzerland Have Been Transformed Into Hotels, Data Centers And Museums
Architect Designs Sustainable Futuristic Tree Houses In Italian Forest
Accidents Waiting To Happen Thanks To These Architects And Designers
Camera Enthusiast Builds a Coffee Shop Shaped Like an Enormous Rolleiflex Camera
Gigantic Wooden Megaphones
Amazing Photographs Documented Victorian Houses Moving In San Francisco In The 1970s
See How This Row House Became The Best On The Block, With The Use Of One Simple Material
People In Montreal Are Playing On Light-Filled Seesaws This Winter
Elephant Hotel: The Prime Example of Novelty Architecture in 1880s
BP Bridge in Millennium Park of Chicago
Stuttgart Municipal Library In Photographs By Skander Khlif
1970s, bunker, luxury, shelter, underground