Norway Will Cut Through An Island In Tribute To Massacre Victims 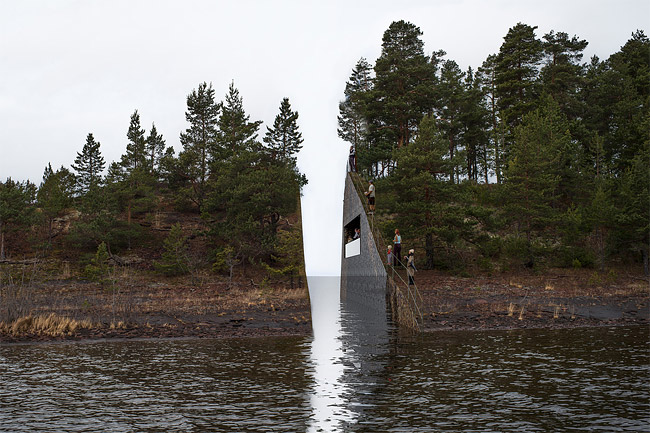 How do you adequately craft a memorial for one of the worst days in a country’s modern history? That’s the question that was posed to architects and artists as part of a competition for a dual-site memorial commemorating the attacks in Norway on July 22nd, 2011. On that day, 77 people were killed, eight by an Oslo car bomb and 69 in a massacre at a youth event on the island of Utøya. After holding an open competition, Norway has decided to install a pair of memorials designed by Swedish artist Jonas Dahlberg to pay tribute to those who lost their lives in the attacks. 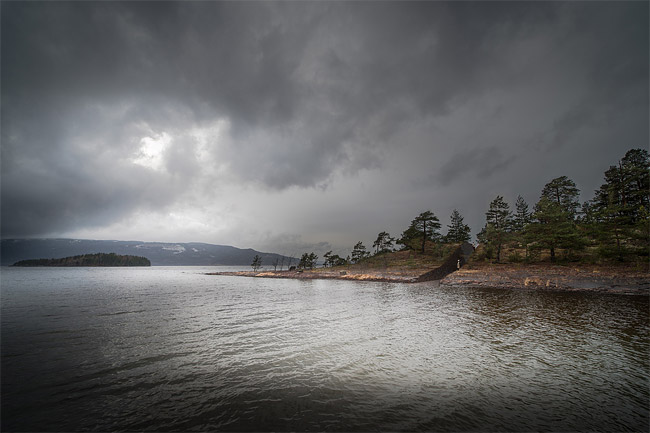 As Bustler reports, Dahlberg’s proposal for an Utøya memorial is at once simple and striking. An 11-foot (3.5 meter) cut will be made in the nearby headland at Tyrifjorden, forever separating it from the mainland with the water that now surrounds it. This cut represents the loss of life caused by the attack by literally removing a chunk of the country’s land and figuratively carving an unhealable wound into its landscape. 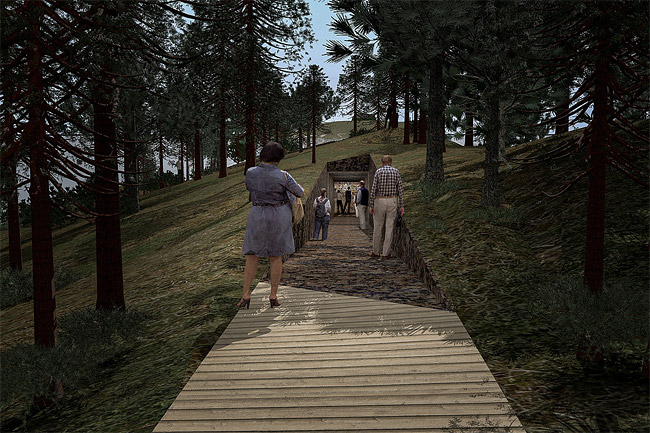 Visitors to the memorial, which is titled Memory Wound, will by guided down a pathway through the island’s forest into a tunnel that leads to the wound. The tunnel ends abruptly at the cut, where visitors will be able to see to the other side. Opposite this viewing window will be the names of all those who lost their lives on July 22nd. “The names will be close enough to see and read clearly,” explains Dahlberg, “yet ultimately out of reach. This cut is an acknowledgement of what is forever irreplaceable.” 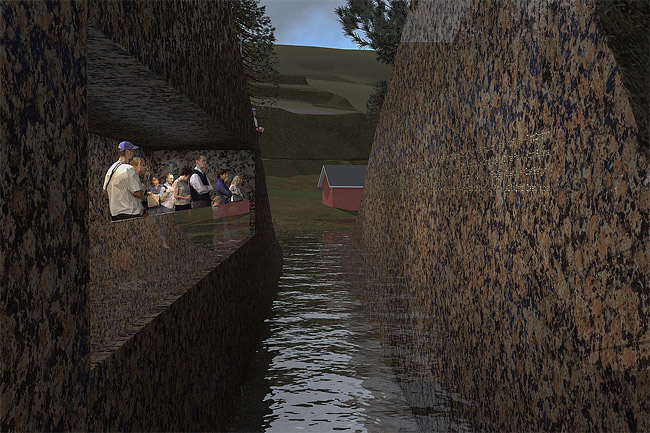 The earth, plants, and trees removed through excavating the cut will be transferred to Oslo, where it will act as the foundation for the city’s memorial. The Oslo tribute comprises a contemplative path situated alongside an existing busy walkway. The memorial will take visitors off their regular path but ultimately lead them in the right direction. It speaks to the massive impact the attacks had on the everyday lives of Norwegians, but concludes that although we should take time to remember what happened, life must carry on. 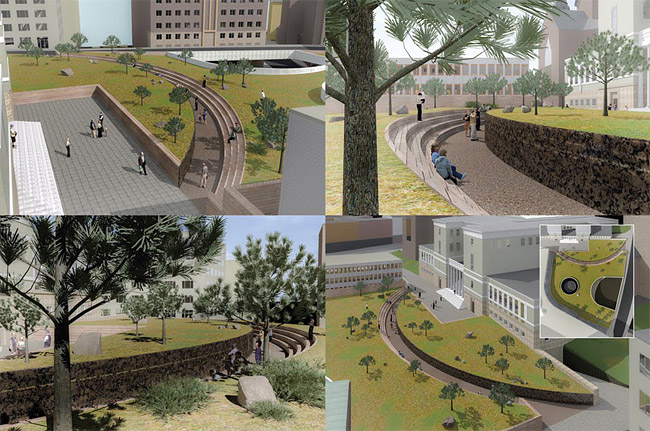 Solitary Wilderness Shelter Provides Warmth to Mountain Hikers
Inflatable Trampoline Bridge Proposal by Atelier Zündel Cristea
Manipulated Photography by Victor Enrich of a Munich Hotel
Russia's Traditional Ancestral Architecture Is Pretty Amazing
Breathtaking Architecture Photography By Anh Nguyen
These Playhouses Are Inspired By Japanese Architecture
People Went Crazy Taking Selfies In This Mirrored Beach Hut
The Fantastically Sculptural Architecture Of Cyril Lancelin
Latin American Architecture Firm Gómez Platero Has Unveiled a Design for A Circular Monument in Uruguay to Remember Coronavirus Victims
Chinese Man Builds 7-Story Home For Dead Brothers
The Interior of the Fourviere Basilica in Lyon
Terrifying Russian Architecture Which Looks Better From Above
Graphic Designers Remade Old Buildings Around The World By Using Trends Of The 21st Century
Cantilevered Cabin: Dizzying Alpine Shelter Hangs Off The Edge Of A Cliff
These Houses Are Designed In The Shape Of Famous Logos
The "Suburban House" Project
Archtector Svetozar Andreev Fuses Nature And Modernity To Create Mirrored Steel Form On Malta
Inventor Creates A $1500 Dome-Shaped Mobile Dream Home On Wheels
This Incredible ’Time Capsule’ Home Hasn’t Changed At All For Over 72 Years
Astonishing And Unusual Homes From Around The World
Facebook's New Server Farm in Sweden
World’s Longest Tunnel Slide To Open In London This Summer
Solar-Powered Cylindrical Treehouse In Mexico Is Made With Sustainable Bamboo
Tiny Church On A Tiny Island In Russia Gets More And More Beautiful Each Season
Vocklabruck Platform in the Middle of a Lake
This Tiny House Has A Strange Roof But The Reason Is Genius!
Wonderful Photos of Fujian Tulou, the Unique China’s Hakka Earthen Buildings
Large Scale Surreal Architectural Collages By Anastasia Savinova
"The Statue Of Unity", World's Tallest Statue Opens To The Public In India
This Infinity Book Store Looks Like An Endless Tunnel Of Books
island, massacre, norway, through, tribute, victims