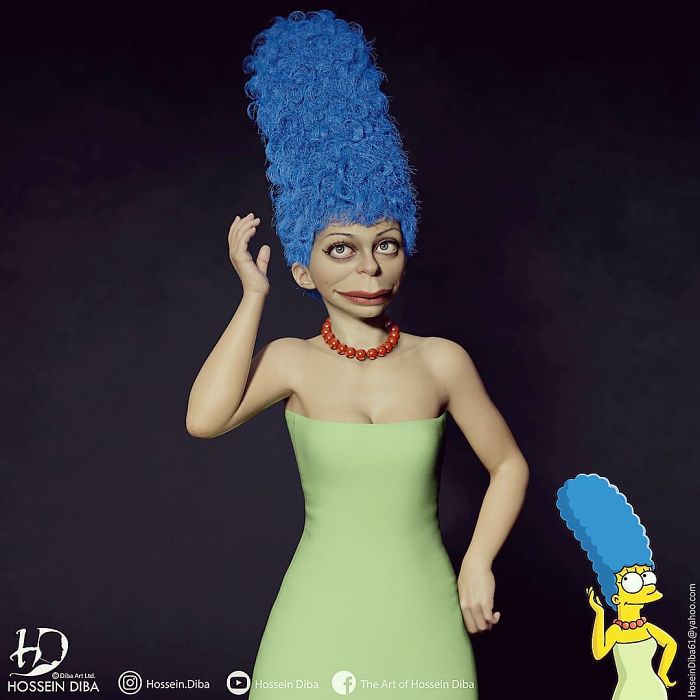 If you’re used to seeing The Simpsons as yellow, four-fingered, and anything but creepy, Turkey-based artist Hossein Diba is about to change your mind. He created eerily realistic models of some of the characters from the show, and they’re exactly what nightmares are made of. 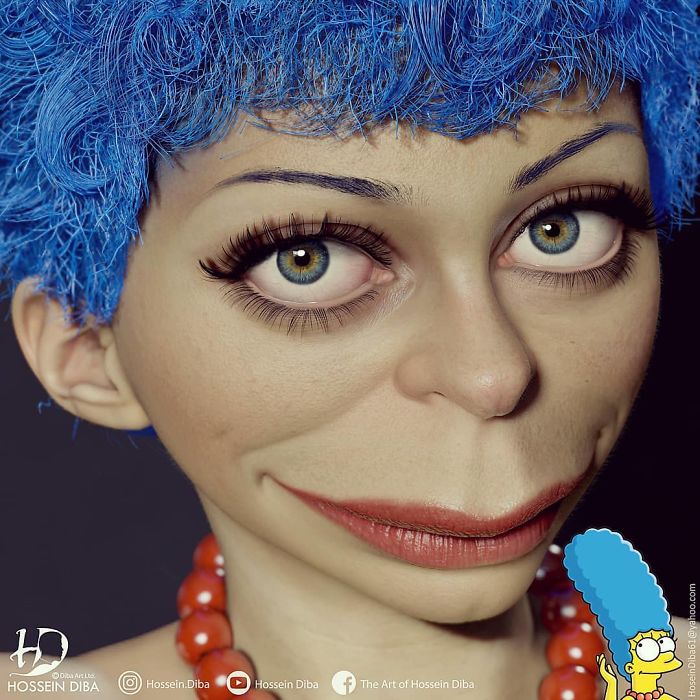 In a recent interview with Bored Panda, the man said that when watching The Simpsons, he always wondered how the characters and their body shapes would look like with realistic touches in details and textures.

“I have always wanted to do something like this,” admitted Hossein. 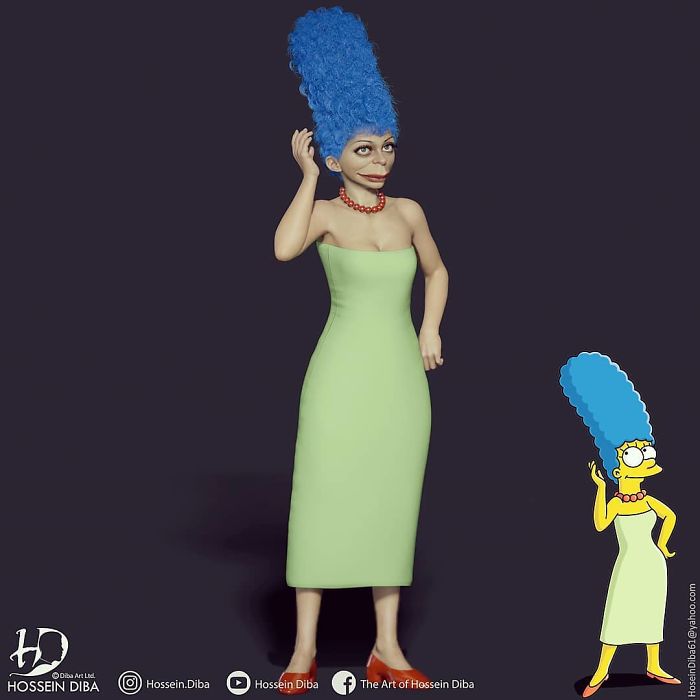 The artist has very strong knowledge when it comes to human anatomy and has been designing characters for nearly twelve years. 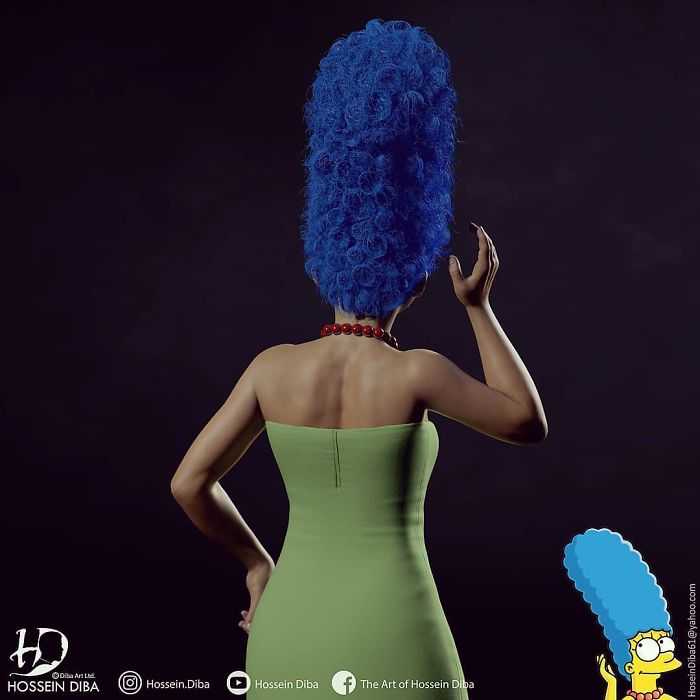 Even though Hossein was going for the realistic approach, he tried to make the characters as similar to the original as possible. 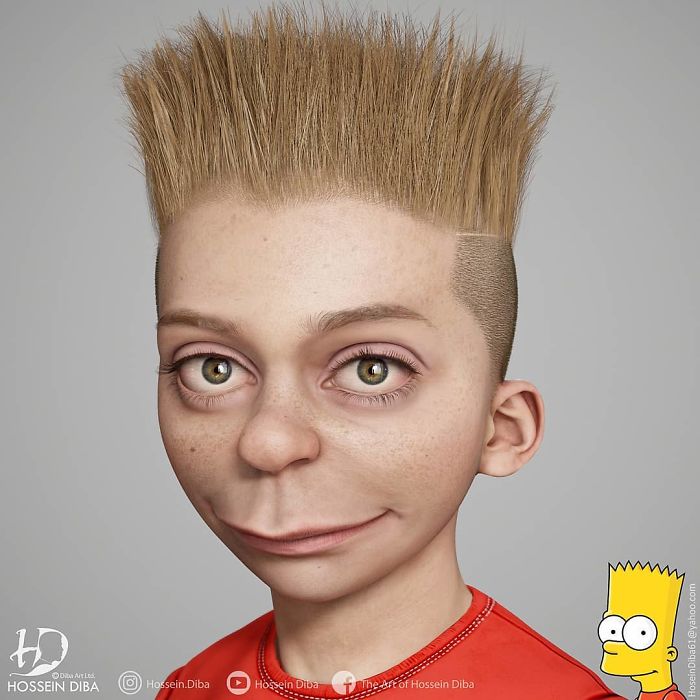 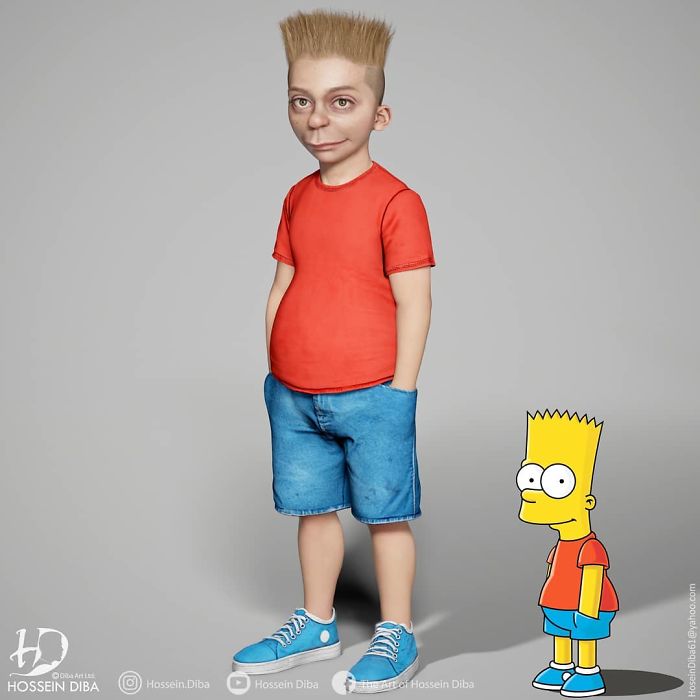 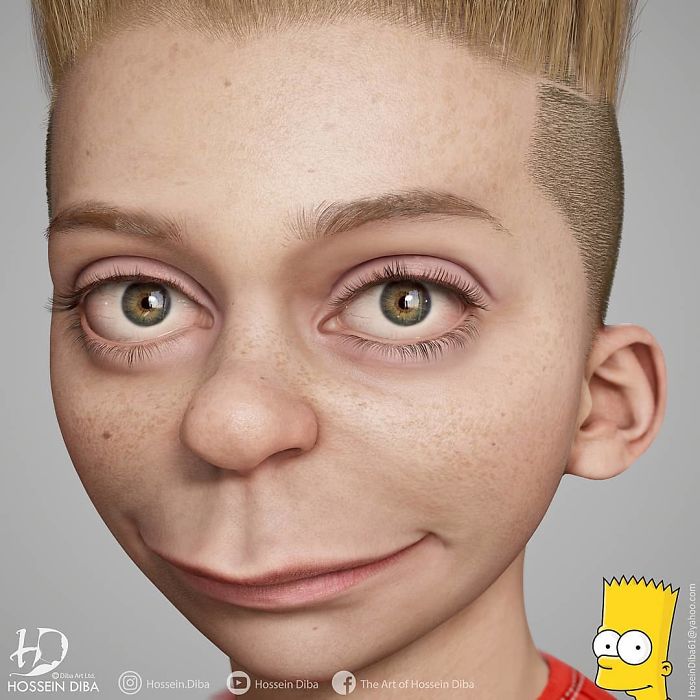 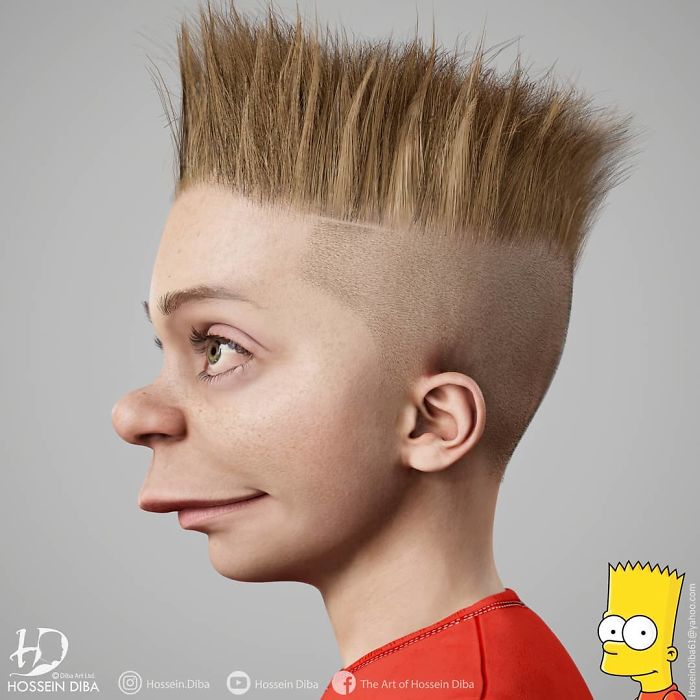 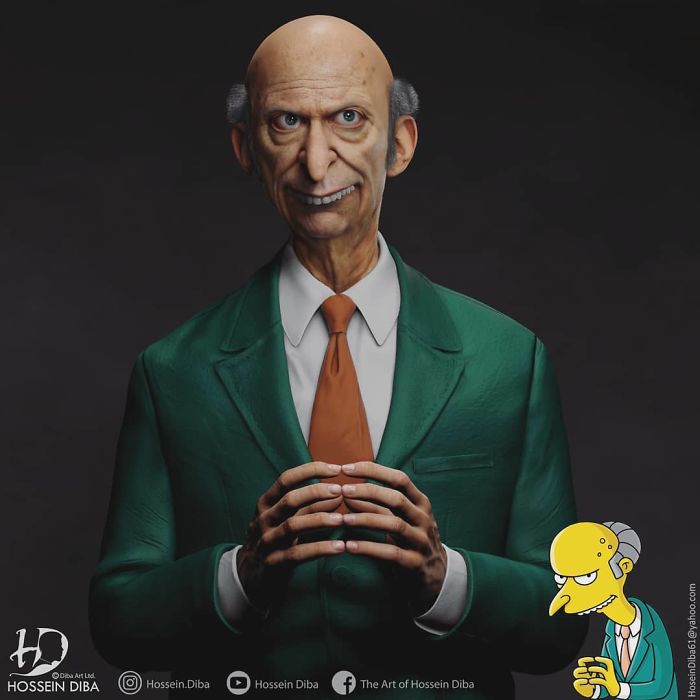 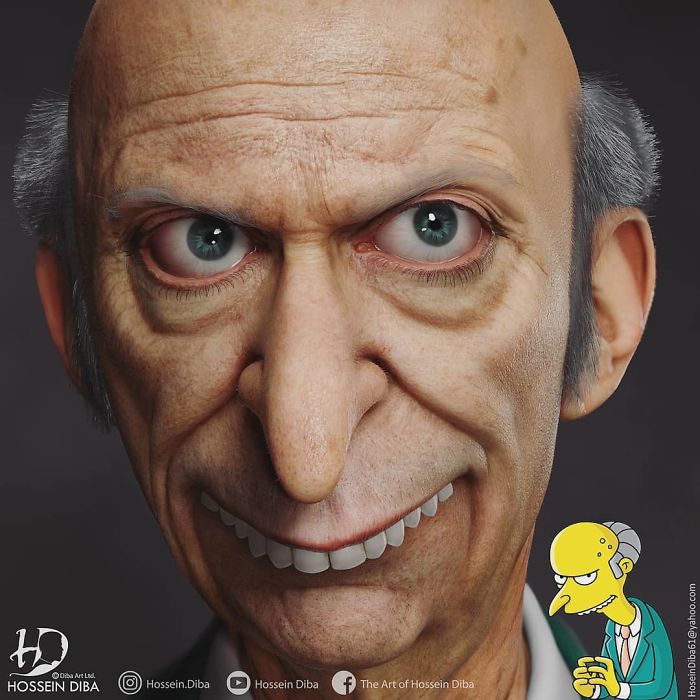 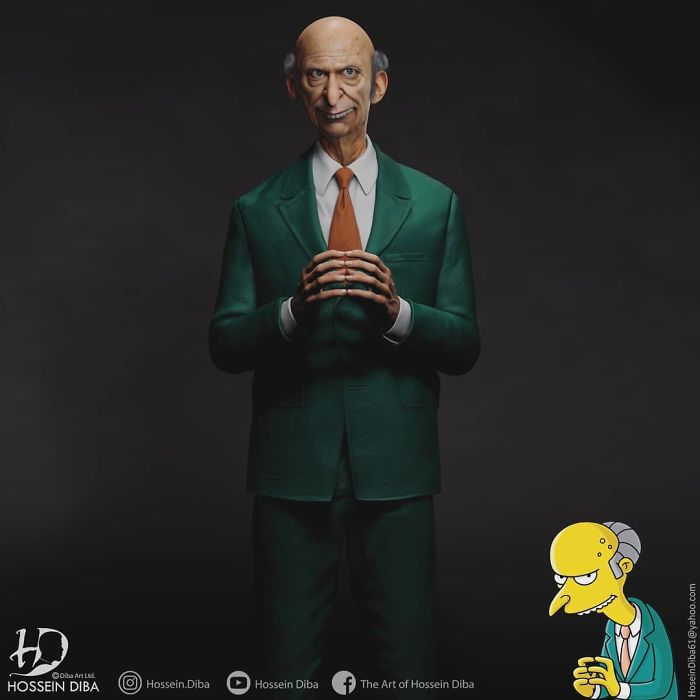 The artist started this series by recreating Homer and received overwhelming support from his fans, with some even saying it’s the most realistic rendering of the character they’ve ever seen. 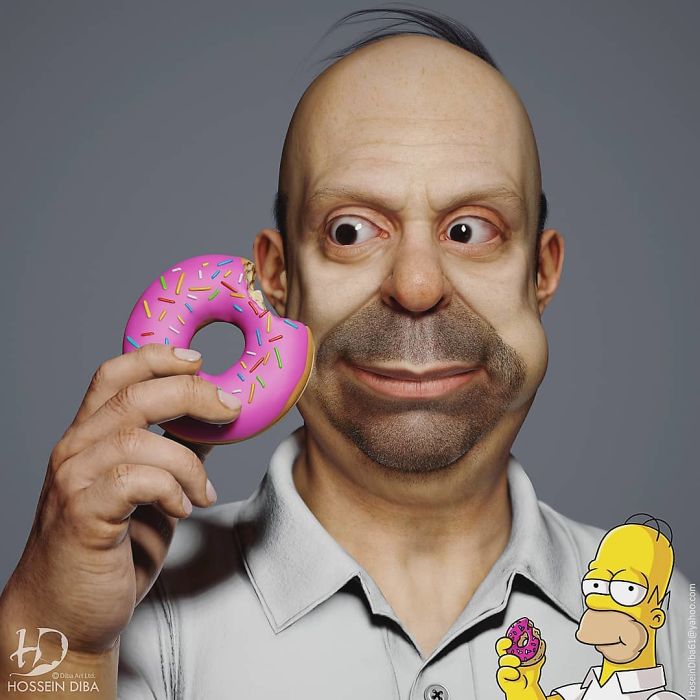 As creepy as Hossein’s renderings may look, the artist himself says he finds some of them pretty cute. 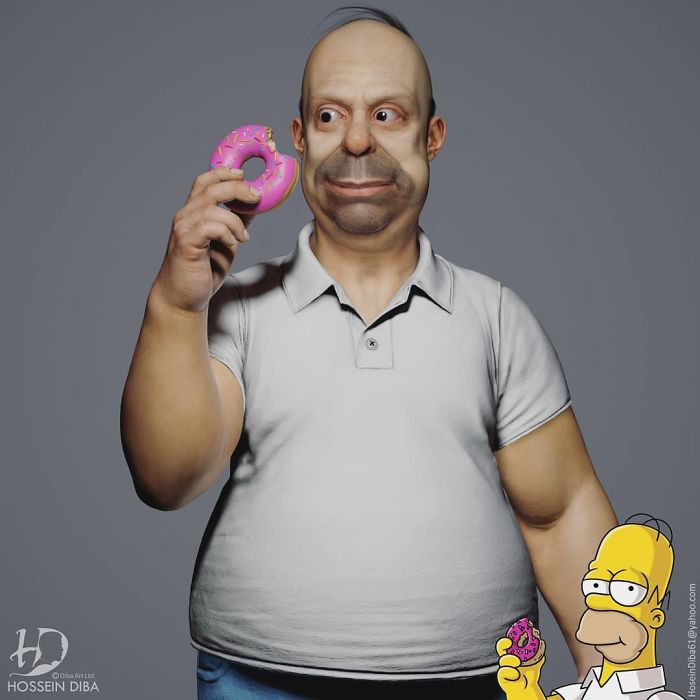 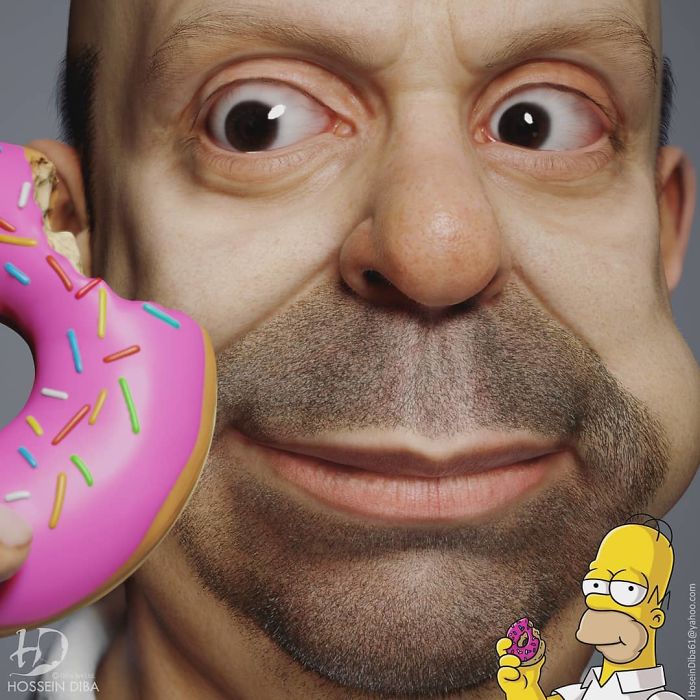