“Mersey Paradise”: Photographer Tom Wood Spent Decades Photographing The Pubs, Clubs And Bus Rides Of Liverpool – And The People Who Inhabited Them 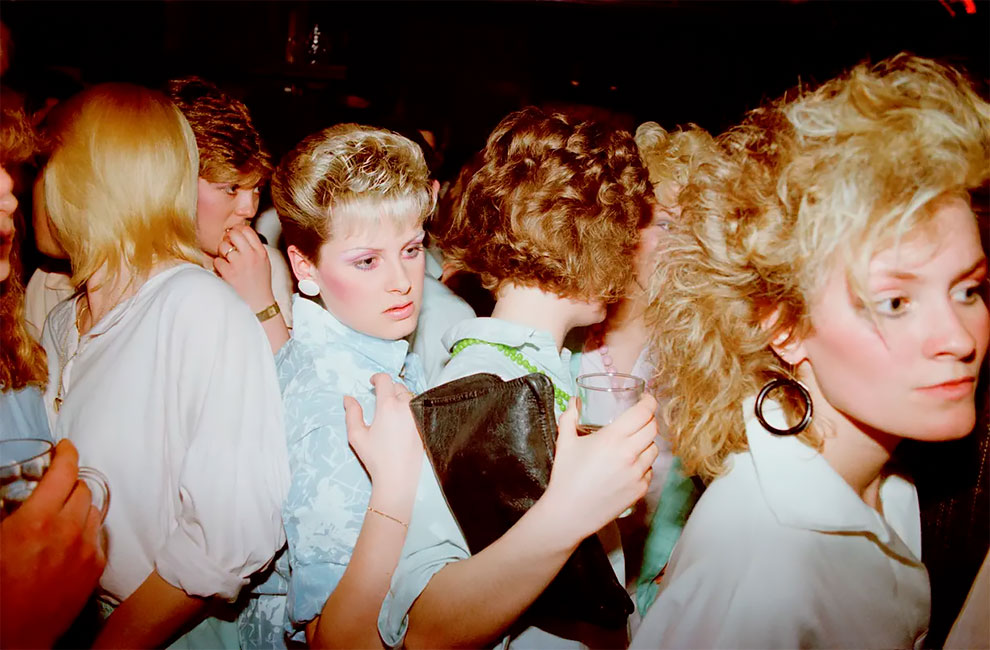 Between 1982 and 1985, Tom Wood took photographs in the now-demolished Chelsea Reach nightclub in New Brighton. Shooting in the dark on busy nights, Wood evokes the noise and heat of the club through the bawdy, drunken and unselfconscious interactions of the customers. These photographs were only possible because Wood was accepted as a regular who was known to many of the clientele. 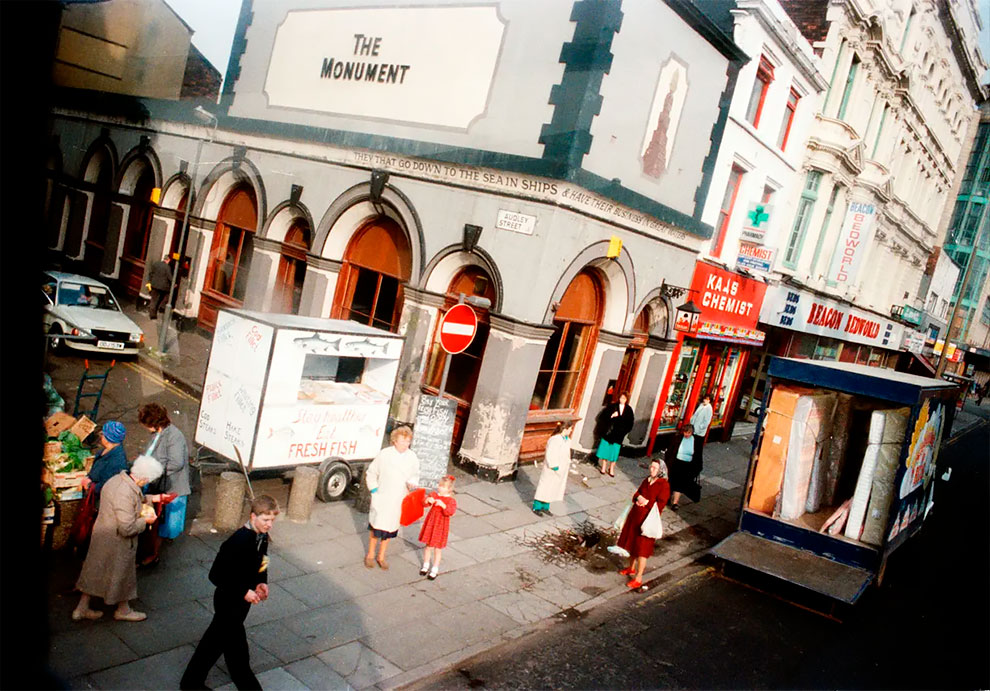 From time to time Wood has used old cine film and out-of-date film stock for his pictures. This lends a grainy quality to his images, most evident in his Bus Journeys series. This photograph was taken, Wood says, from a moving bus. There’s ‘the Monument pub referencing Liverpool’s seafaring history, the fish stall outside, the boy looking a bit like a sailor. As I used wide-angle lenses from the bus, the individual details became almost as small as the grain of the film.’ 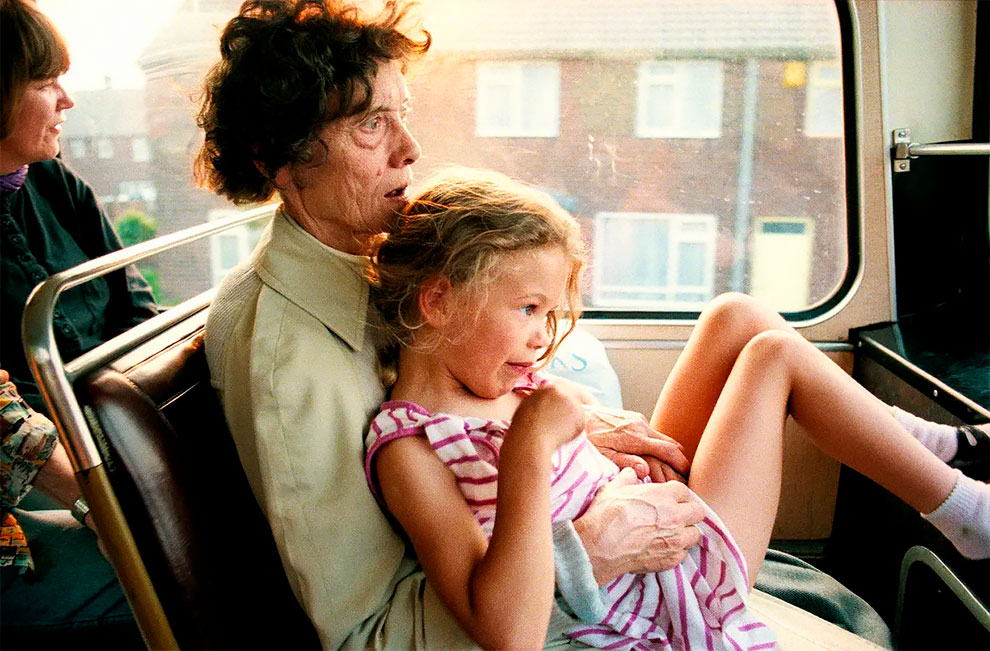 Photographs in the book include those from his most well-known series, including All Zones Off Peak and Bus Odyssey, which were shot over 18 years as Wood travelled across the city by bus. The photographs capture Liverpool in motion, from the crowds at bus stops to the introspective passengers, and the views of the city from the elevated perspective of the bus window. 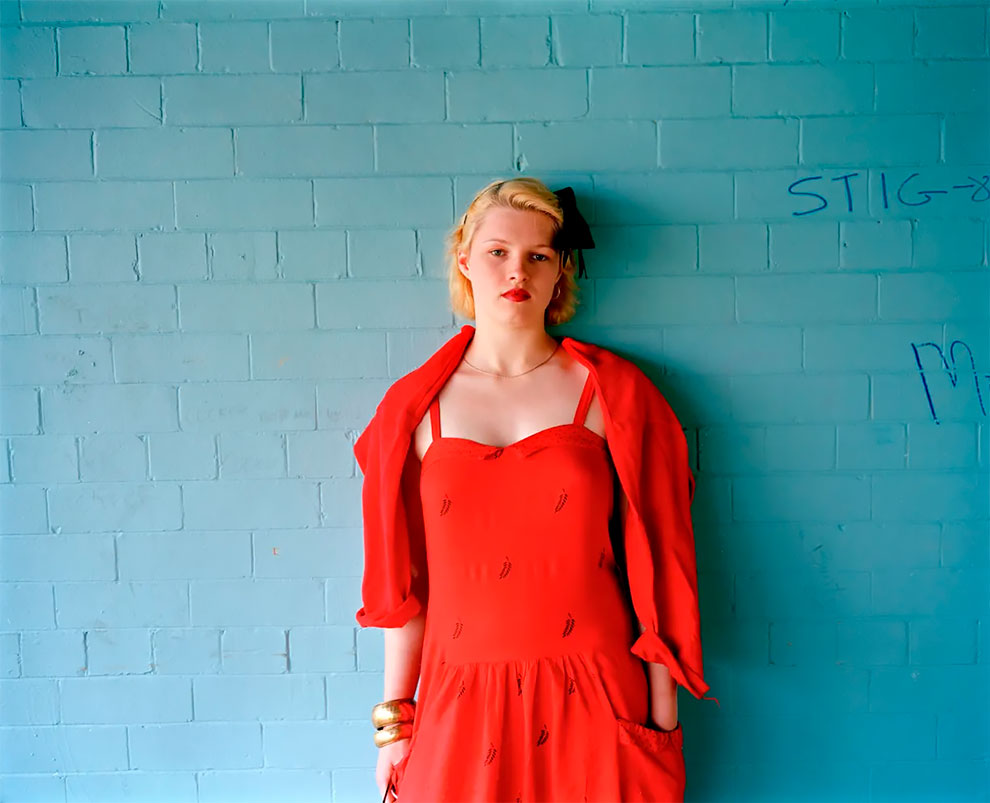 ‘I met Rachel a few years earlier. She was modelling a bridesmaid dress for a friend and I took the photos,’ says Wood. ‘There’s also a photo of Rachel at 31 with two of her daughters alongside this image in my new book, 101 Pictures’ 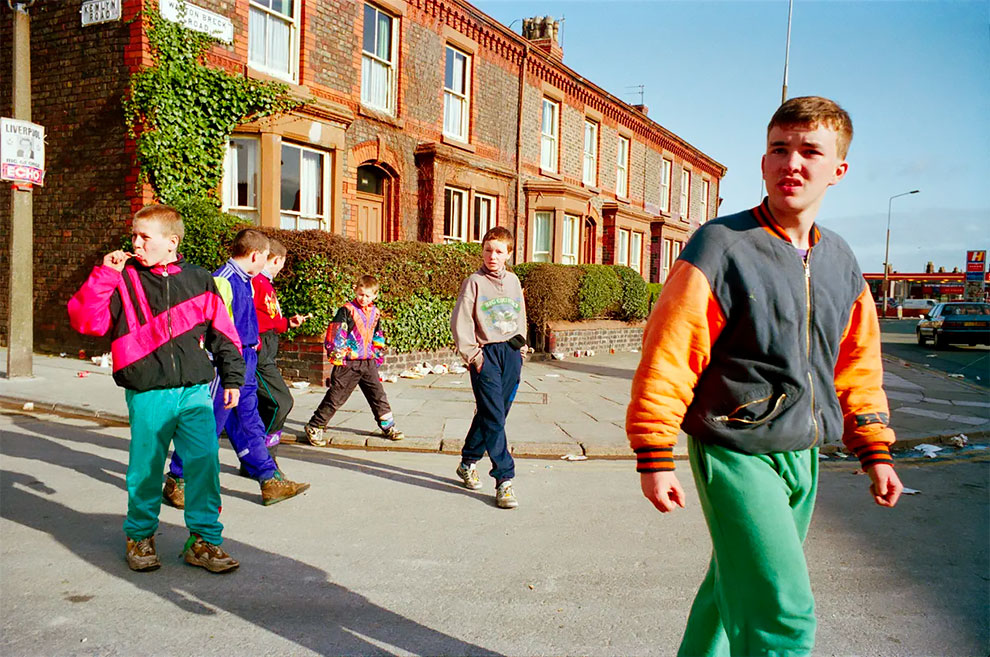 His work shows the families, couples and individuals inhabiting the streets, pubs, workplaces, parks and markets where his regular presence allowed him to become an accepted part of the social landscape. ‘Gangolads was a nickname for this image. Looking at it now, some of them may well be brothers,’ says Wood. ‘It was taken outside Anfield football ground, just after kick-off. The energy and excitement from inside the stadium was palpable outside.’ 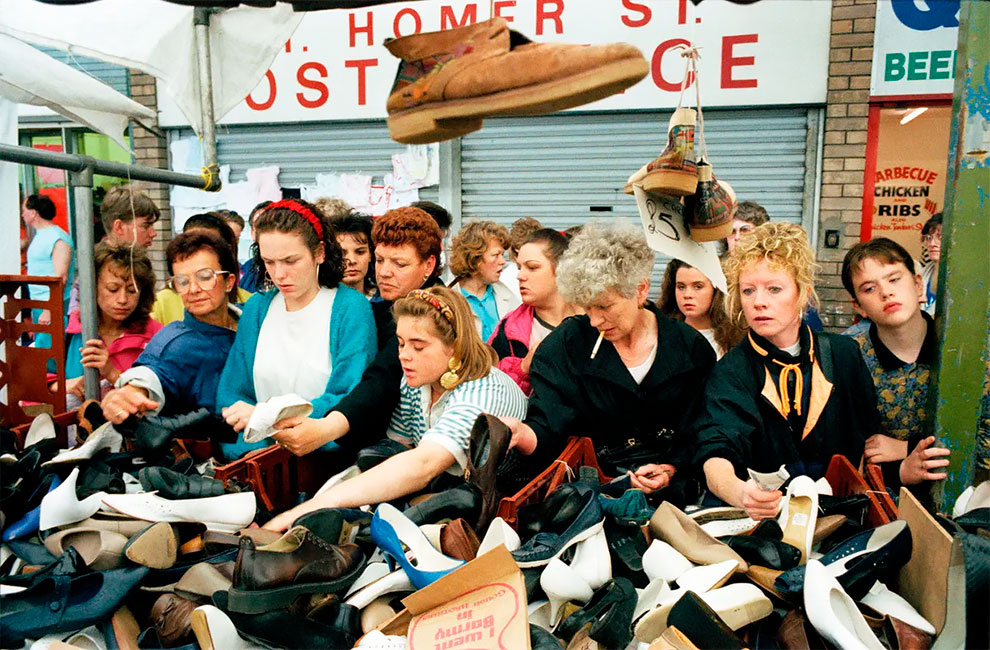 From 1978 to 1999, Wood spent almost every Saturday at Great Homer Street market, just outside Liverpool city centre. ‘Colour film was expensive, so I carried a second camera with black-and-white film. All the shoes were £6 – the problem was to marry up a pair. The stallholders were great – I’m behind the stall here and the women seemed to put up with me/tolerate me for more than 15 years.’ 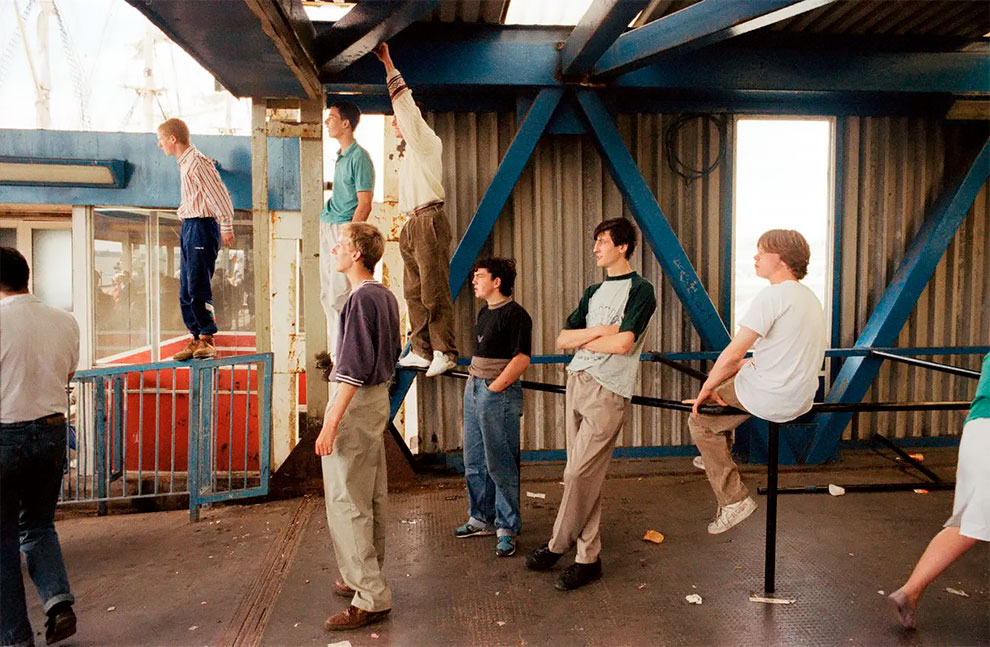 Wood’s latest book is a retrospective of his celebrated work taken in Liverpool and the Wirral between 1978 and 2001. This image was taken while waiting for the Mersey ferry. ‘It looks like they’re waiting for their mates to arrive and then they’re all off somewhere special.’ 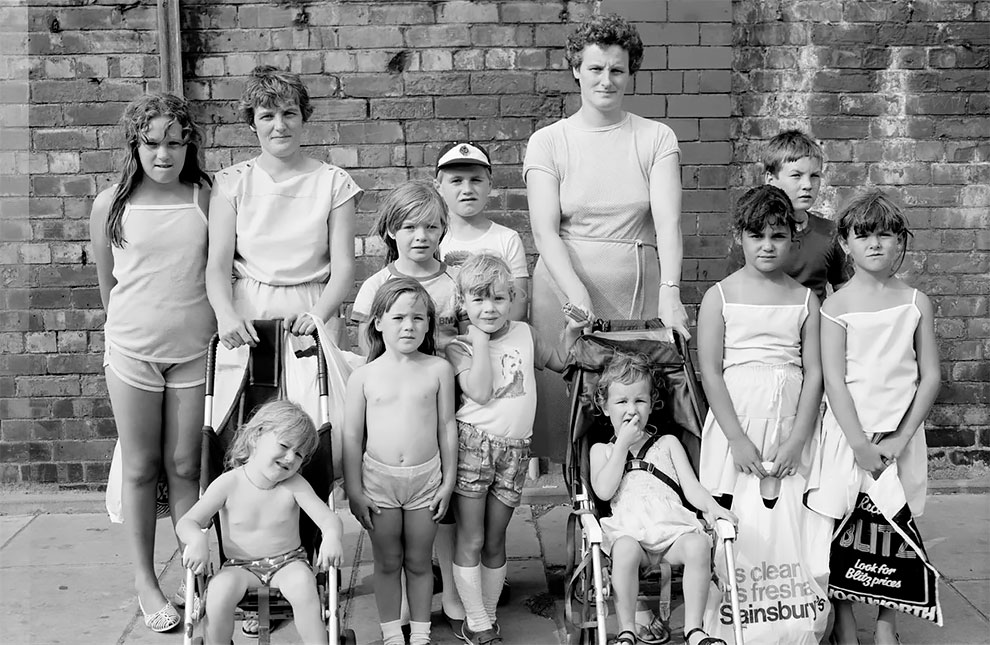 ‘Many Liverpool families came to New Brighton on day trips. Sometimes half a dozen mothers with 10 or 20 children, from one street or block of flats. I used a large-format view camera for these formal portraits. I’d always take their names and addresses and send a print.’ 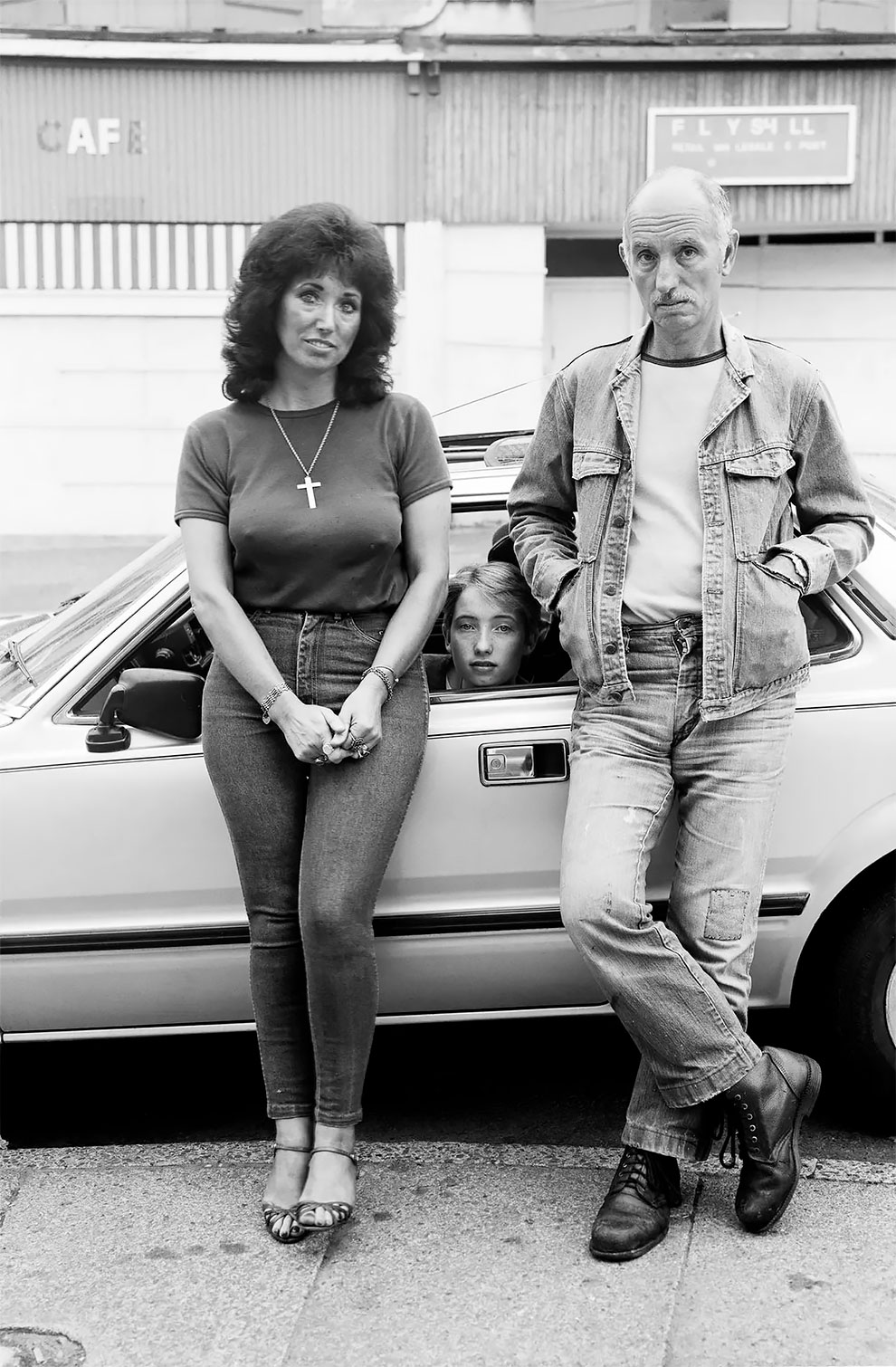 Wood shot more than 3,000 rolls of film photographing Liverpool. Collectively, the photographs create an affectionate document of the city and its inhabitants during this period. 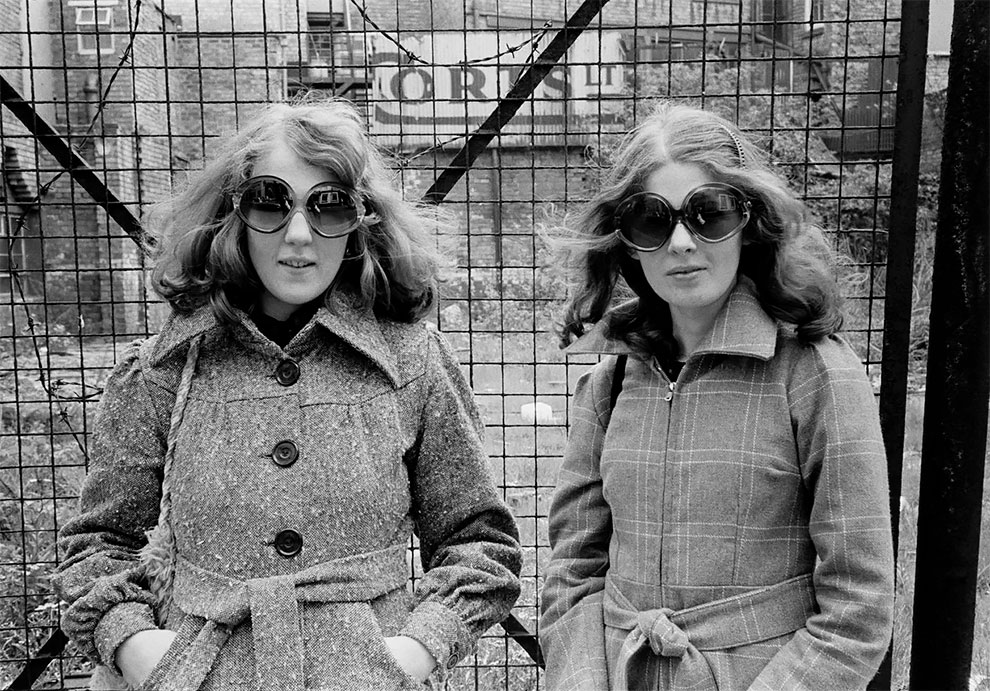 This is one of Wood’s earliest photographs. ‘While still at school,’ he says, ‘I used to collect postcards, turn-of-the century portraits, and catalogue them according to type: soldiers, weddings, churches, mothers, daughters etc. That idea carried over into my own pictures when I began to photograph. They look like non-identical twins. A vertical photograph of them shows their three-inch platform shoes.’