What Famous Brands Would Look Like If They Were Insects 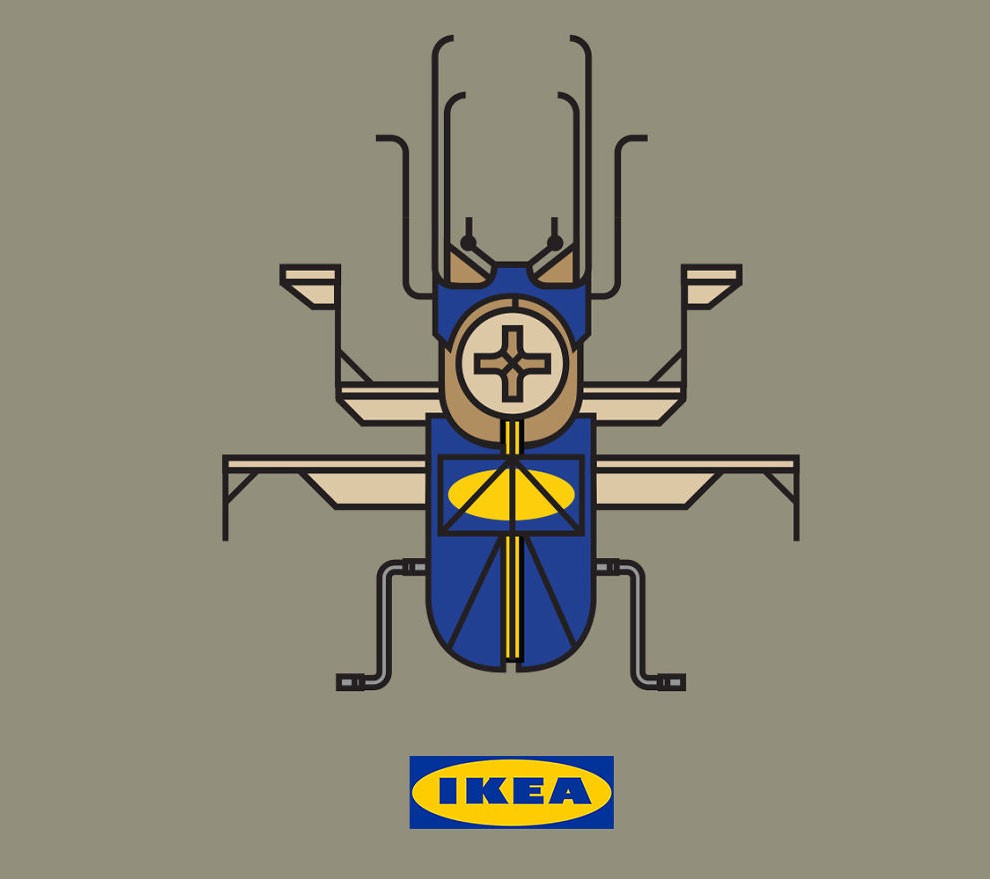 If you’ve ever wondered what it would look like if mother nature’s creatures took on the look of certain well-known brands in all their corporate glory, wonder no more. Malaysia-based design agency, Kickatomic, has come up with a series of graphical insects that take on characteristics of some of the world’s most prominent brands such as McDonald’s, IKEA, MTV and Starbucks, just to name a few. 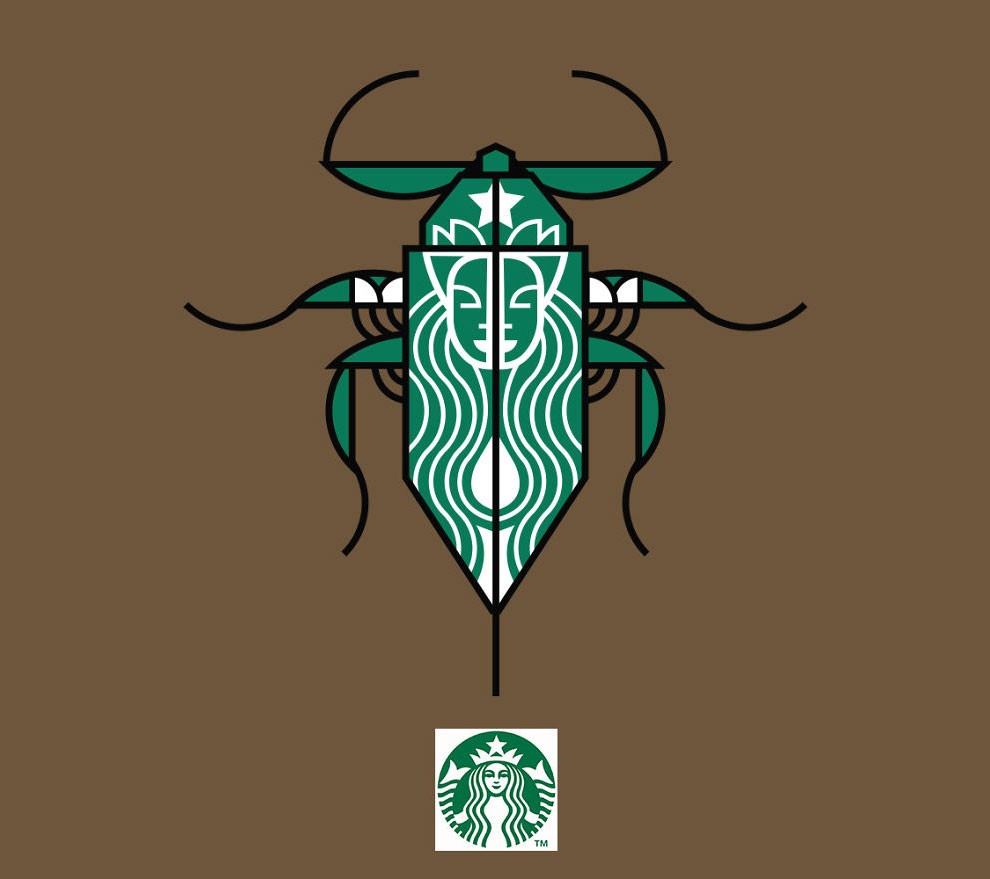 Each “insect” is cleverly designed in a way that gels their natural form with elements taken from each brand’s identity, creating some very interesting end results. 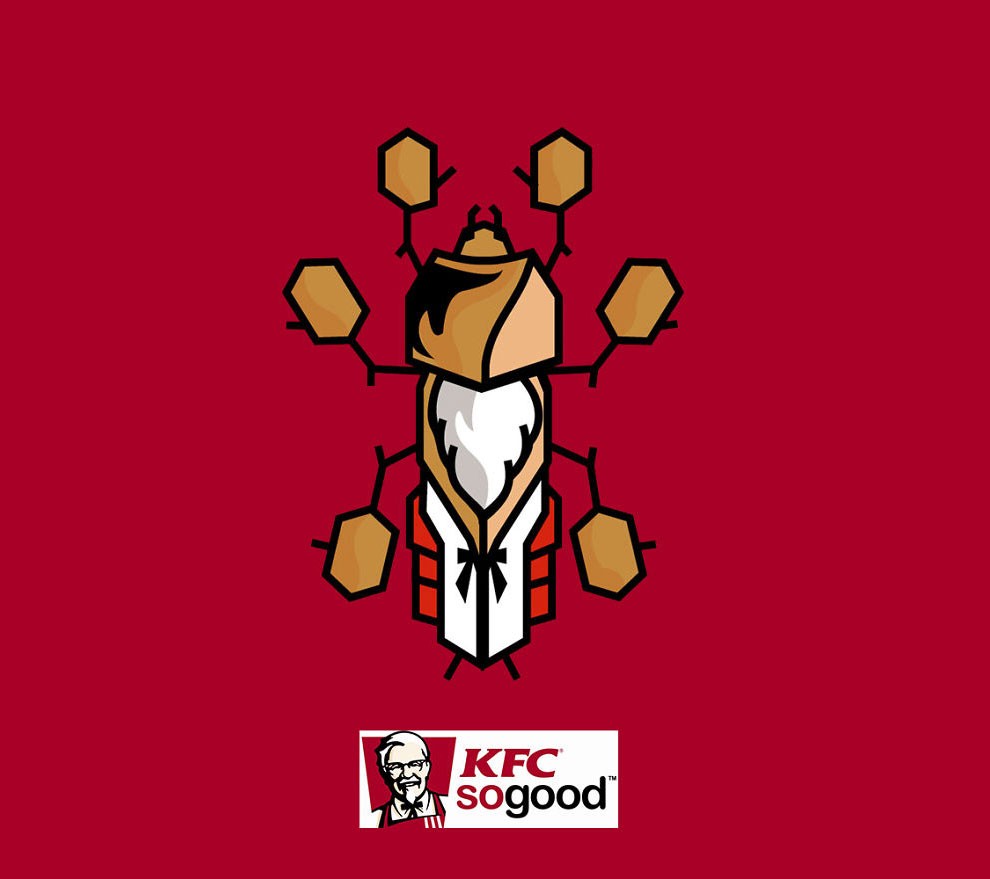 “We did it as sort-of a jab at the branding world. Like, we were wondering how it would feel like if these multi million dollar companies were mere insects? Would they still hold so much power in the world? Would they be a certain kind of bug that held a certain kind of position in the food chain? It all started from there.” Says Kickatomic creative director, Jaemy Choong. 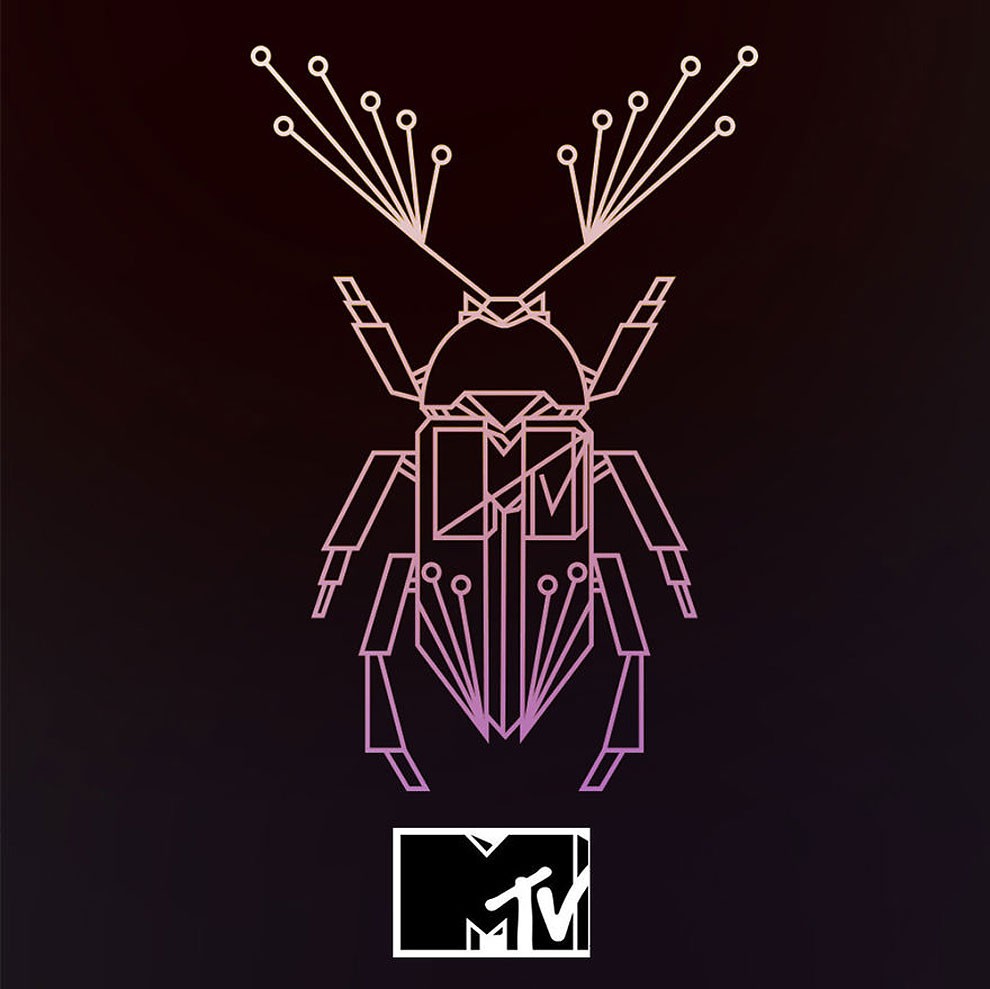 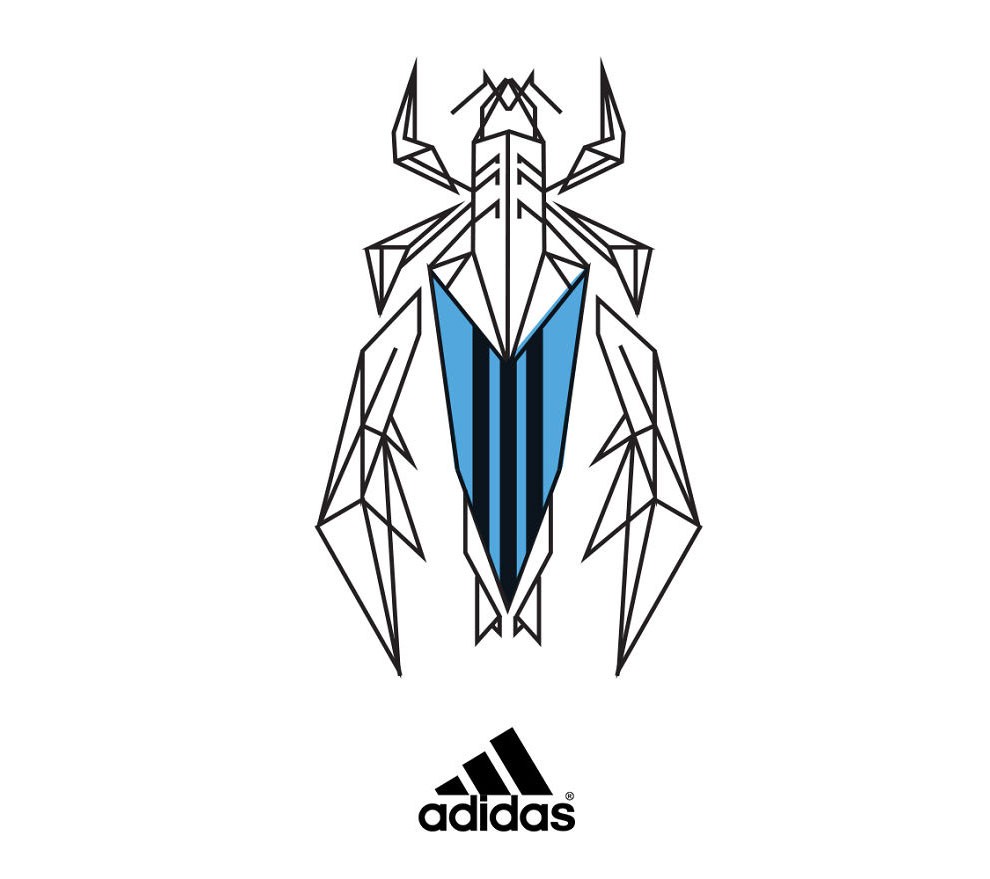 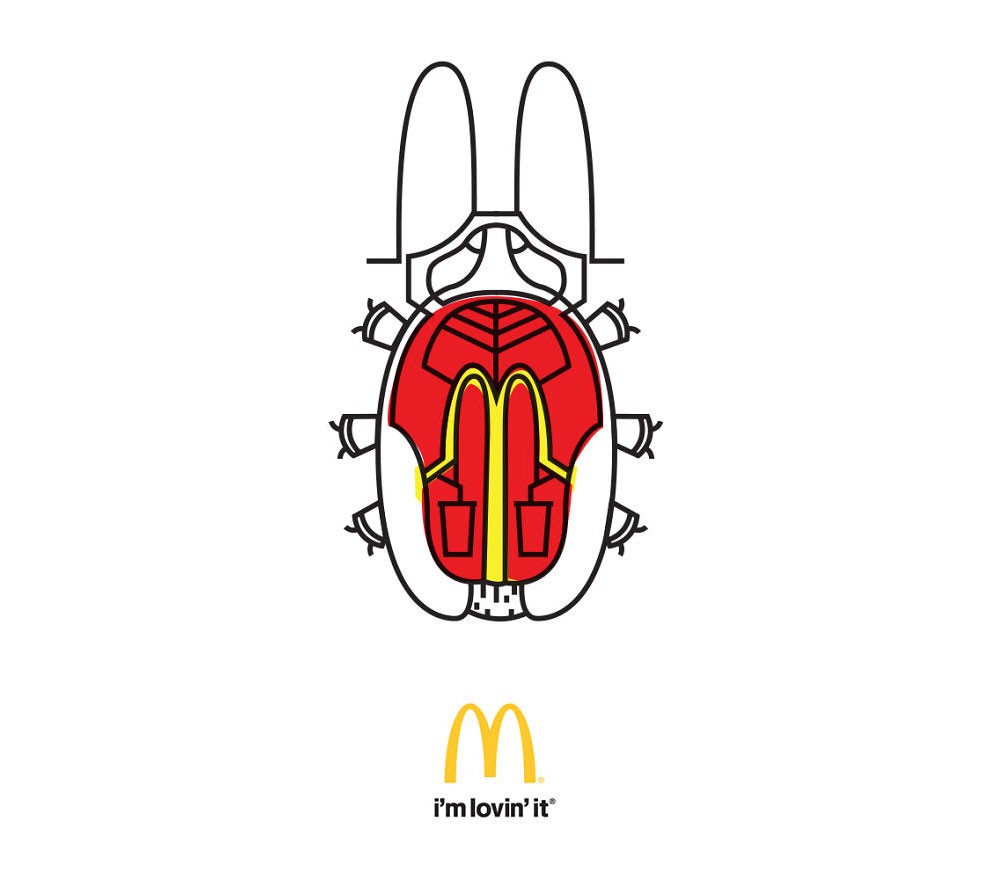 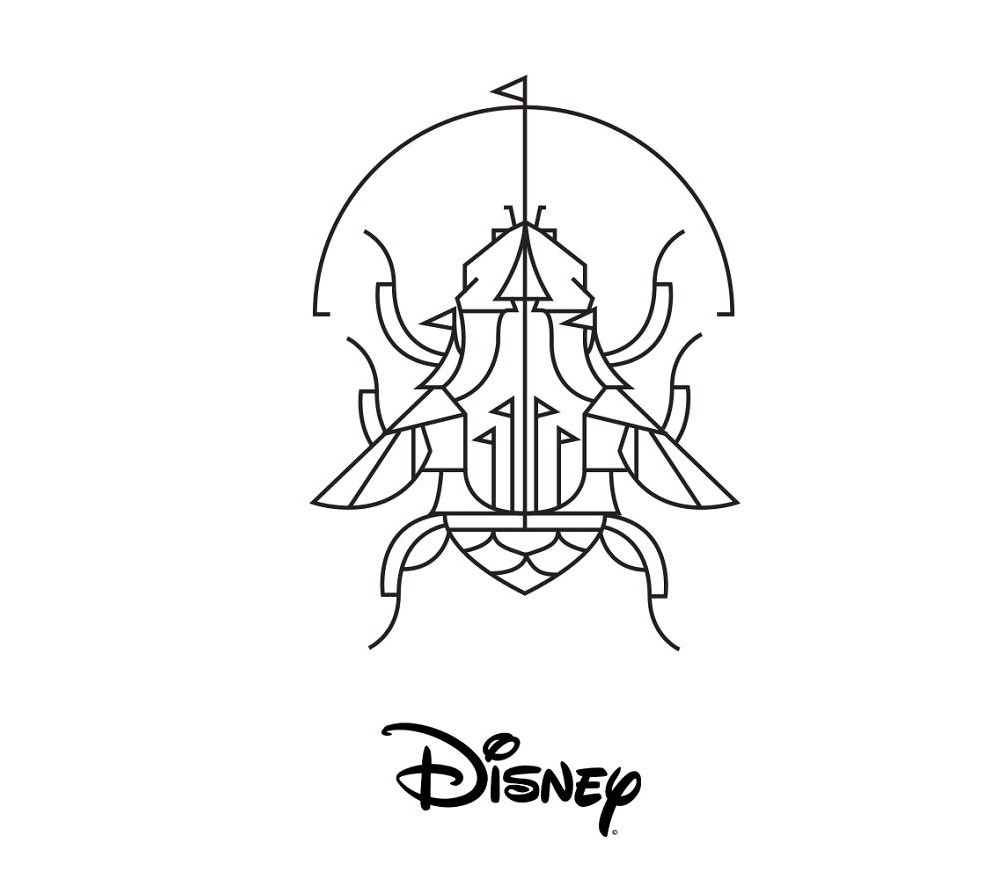 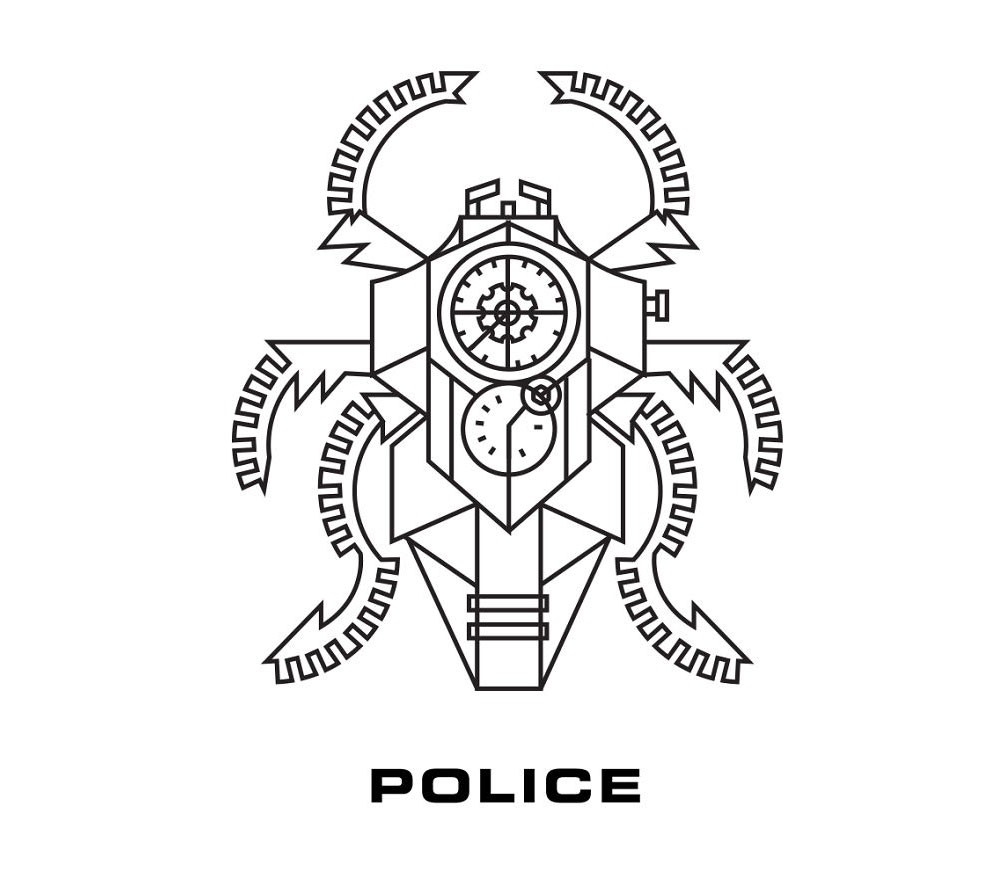 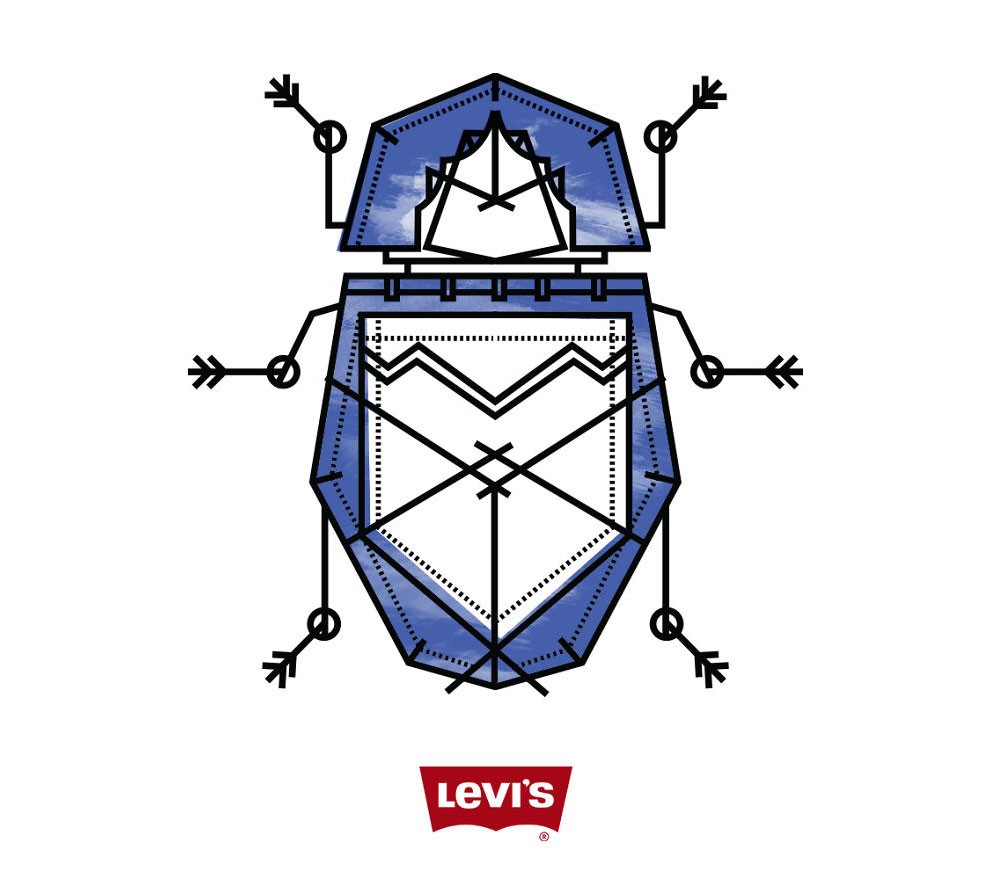 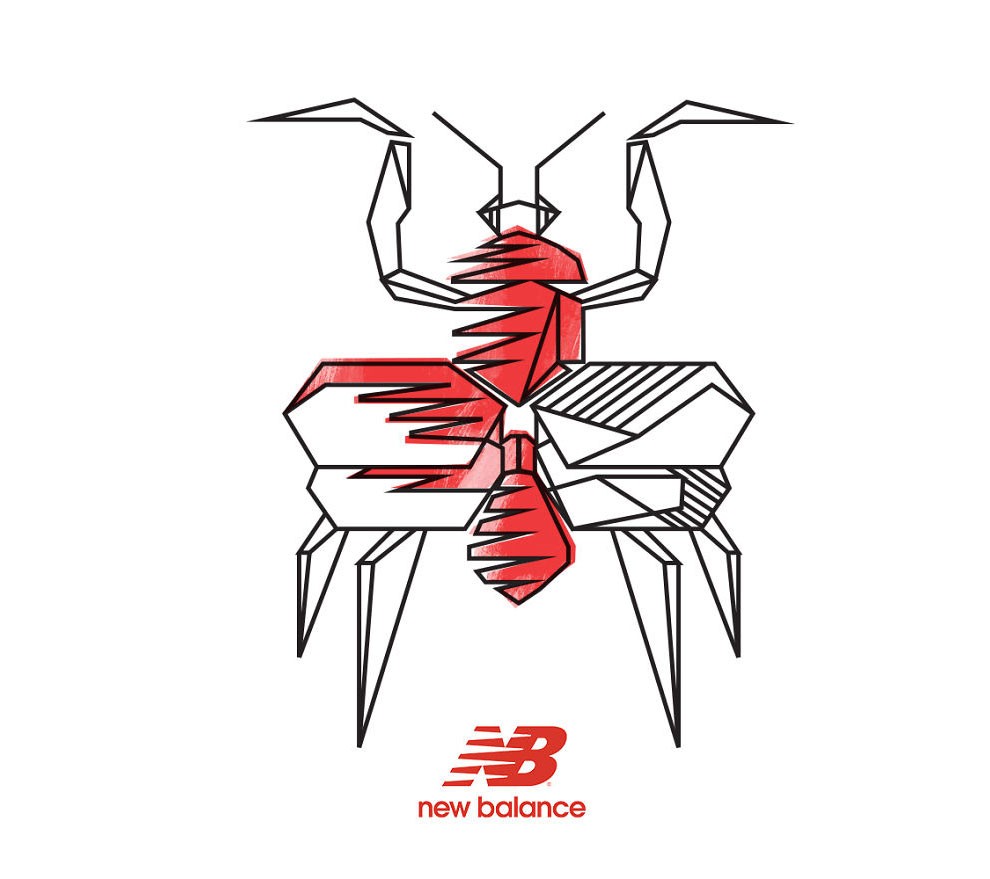 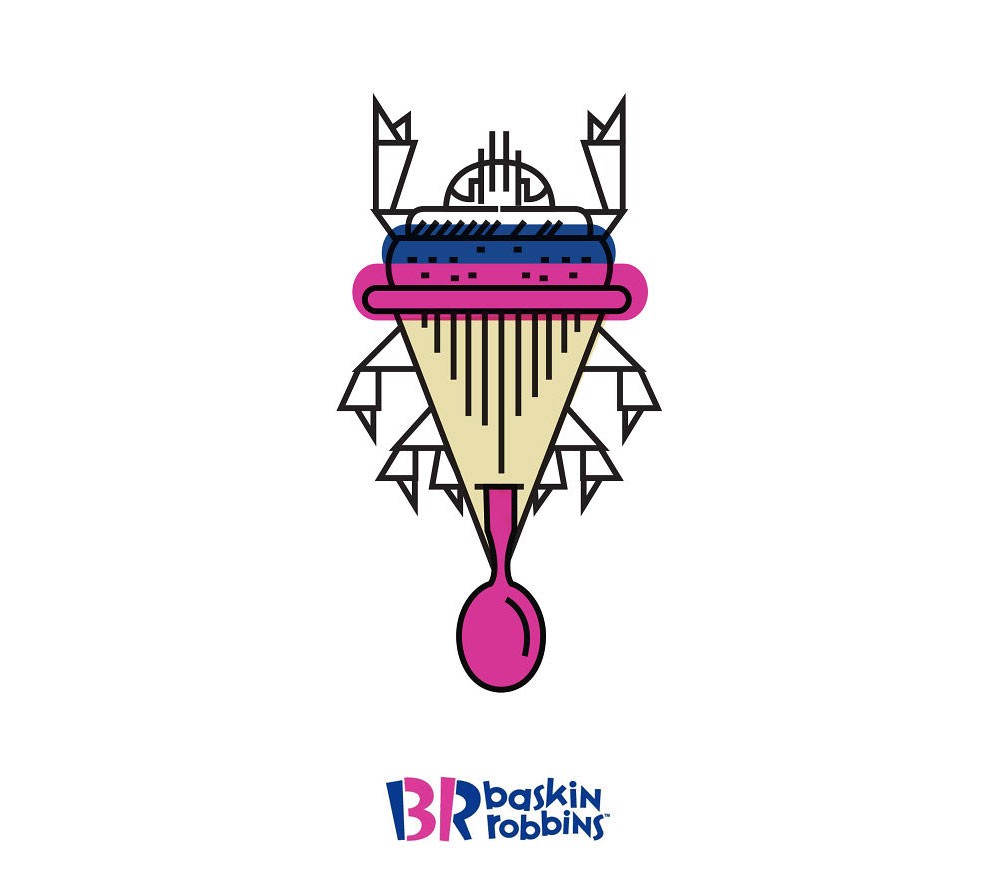 New 'Anti' Fashion Modeling Agency Debuts Its Stunning Avant-Garde Stars Of All Sizes And Backgrounds
Hilarious Sculptures Inspired By Tom And Jerry’s Most Unfortunate Moments
The Superb 3d Art Of Pablo Castaño Norkus
This Artist Uses Makeup To Create Art On Her Face
Stunning Photos From The Hair Freezing Contest Of Takhini Hot Springs
Classic Albums Drawn by Six-Years Old Artist
"Creating a New Visual Reality": Dark and Cinematic Illustrations by Katherine Lam
"Namaha": The Mythologic India In Stunning Illustrations By Abhishek Singh
Bizarre & Creative Soviet Anti-Alcohol Posters, 1930-1988
Amazing Creepy Bottles Inspired By H. P. Lovecraft's Worlds
Canadian Artist Turns Popular Brands Into Stylish Anime Characters
20 Comics Exploring The Difficult Themes Of Politics And Economics By Artist PinkWug
This Artist Reimagines Old Myths & Legends In His Unique, Dark Style
Cartoon Characters As The Main Subject In Classic Masterpiece Paintings
Orthodox Priests Will Bless Anything!
Artist Documents The Best License Plates That People Have Spotted On Cars
Shampoo Planet: Paintings Of North American Urban Landscapes And Interiors By Marc Trujillo
This Is How Surrealism, Sweetness, and Eroticism Are Linked - The Beautiful Bizarre Art by Relm
Teenage Mutant Ninja Turtles Painted As The Renaissance Painters They Were Named After
"The Edge of Evolution": The Epic Surreal Artworks of Leandro Machado
59-Year-Old Woman is Revolutionizing the Modeling Industry
Creative Drawings On Pictures Of Everyday Objects Created By Artist Irfan Yilmaz
Body Painting Illusions – The Latest Creations Of Hikaru Cho
These People Love 'Friends' So Much They’ve Got Tattoos Inspired By The Sitcom
The Incredible Art Of Maciej Kuciara, Who's Worked On The Last Of Us, Ghost In The Shell & Crysis
Pushing Photorealism To New Levels Of Beauty: Amazing Paintings By Yigal Ozeri
Netherworlds: The Fantastic Worlds of John Pak
Of Robots and Humans: Superb Fan Art Illustrations of MinemikoMali
Artist Reimagined Famous Paintings To See What They’d Look Like If They Were Painted During The Coronavirus Crisis
One Free Month of Hulu Plus - Get Instant Access to Your Favorite TV Shows & Movies. Anywhere.
brands, famous, insects, would