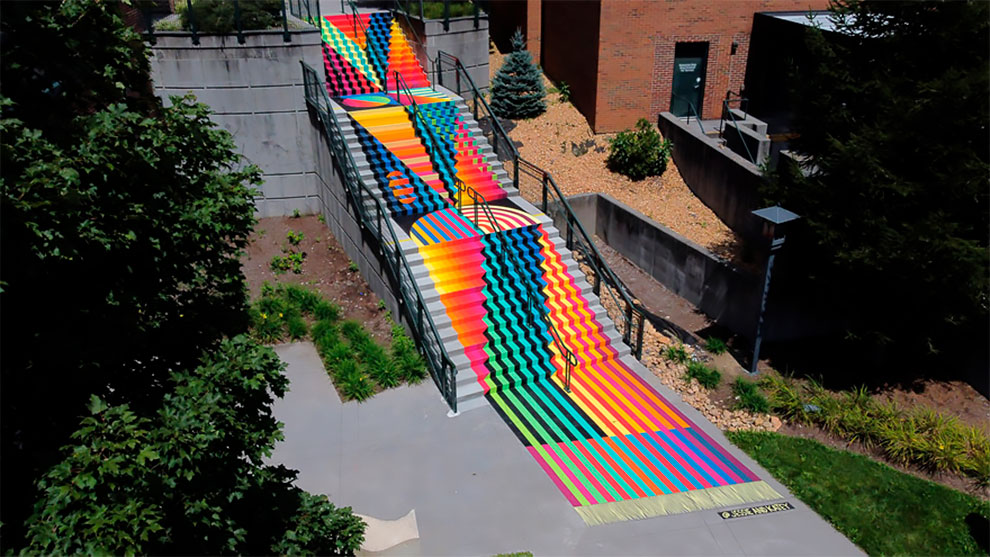 Jessie Unterhalter and Katey Truhn, aka Jessie and Katey, are a Baltimore-based artist duo known for their bright and vivid large scale murals. They were recently approached by the Turchin Center at the Appalachian State University in Boone, North Carolina, and asked to paint a stairway located on the campus. The duo ended up creating an impressive rug-shaped mural draping down the steps, transforming the boring old stairway into a colorful piece of art. 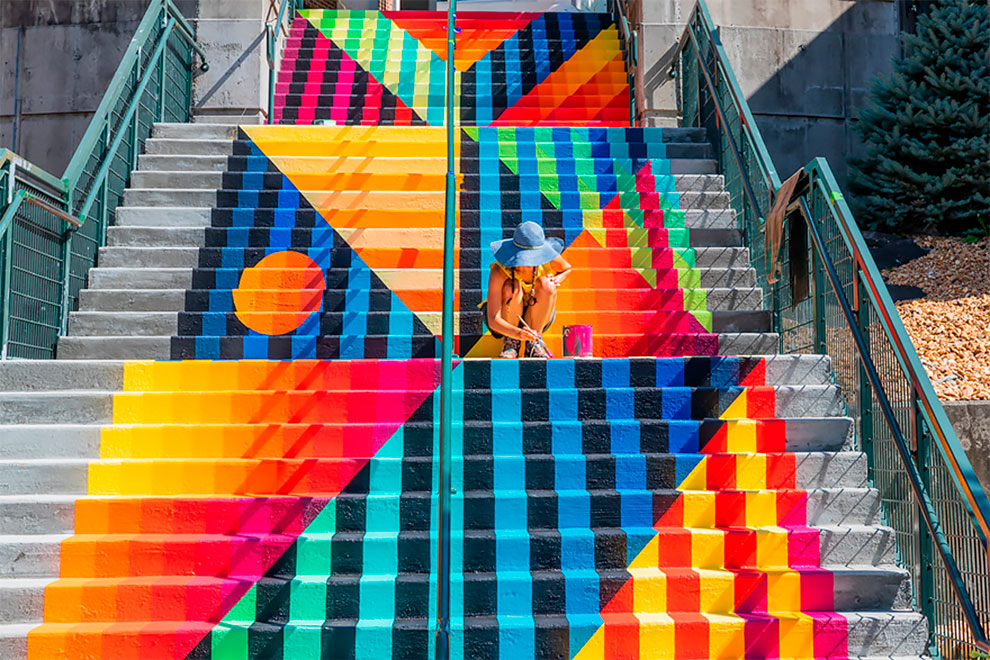 In a recent interview with DeMilked, Jessie and Katey said that they have known each other since college and have been collaborating on murals since 2012. The duo is really inspired by architecture and says that they try to make each of their works as site-specific as possible. “Our style is really inspired by the space we’re working in,” explained the artists. 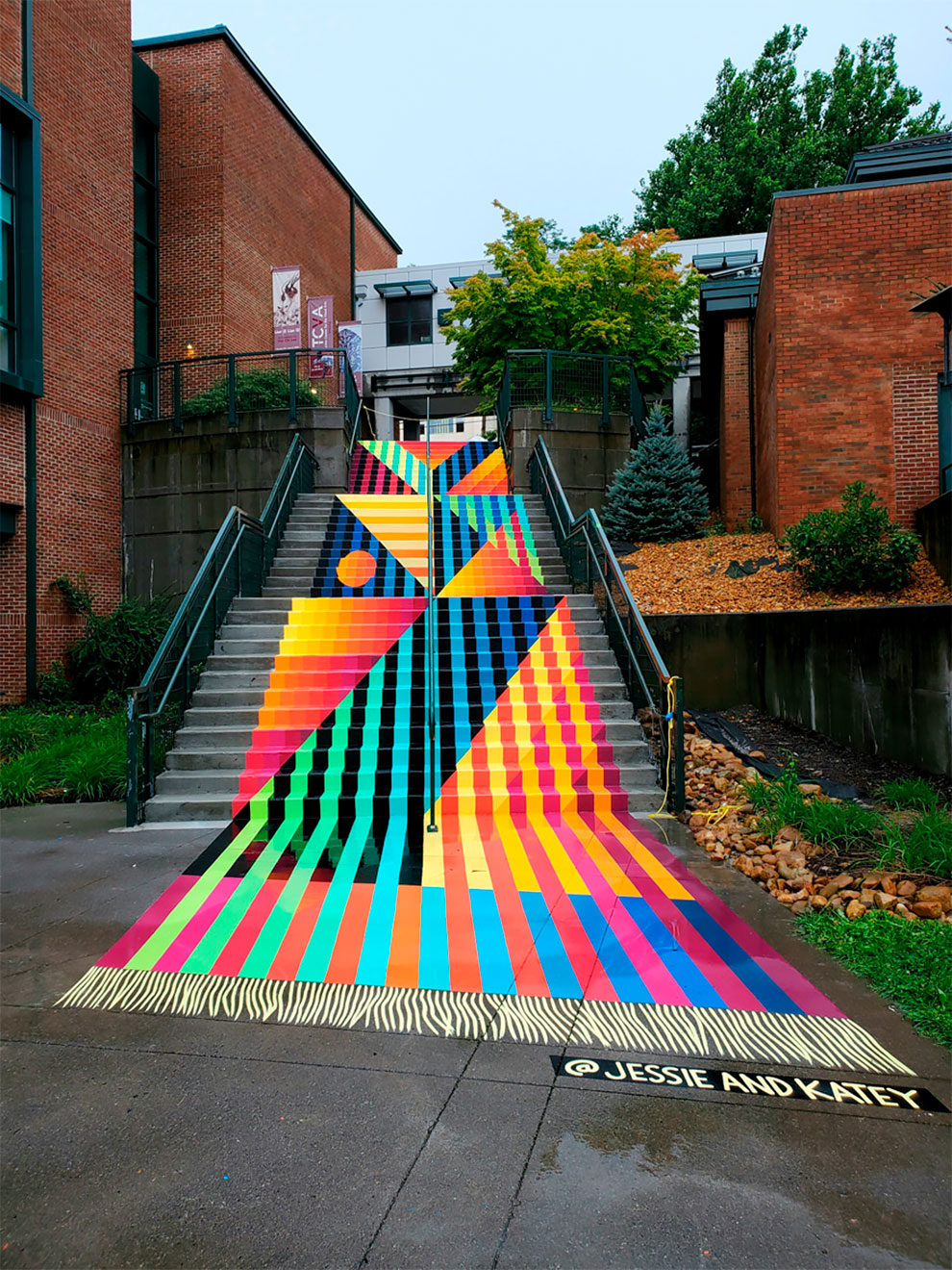 The artists explained that their mural is loosely based on traditional weaving techniques and they thought it would be fun to push the textile idea even further by adding tassels. “We’ve actually done several rug murals throughout the years but this one is definitely the most epic,” said Jessie and Katey. 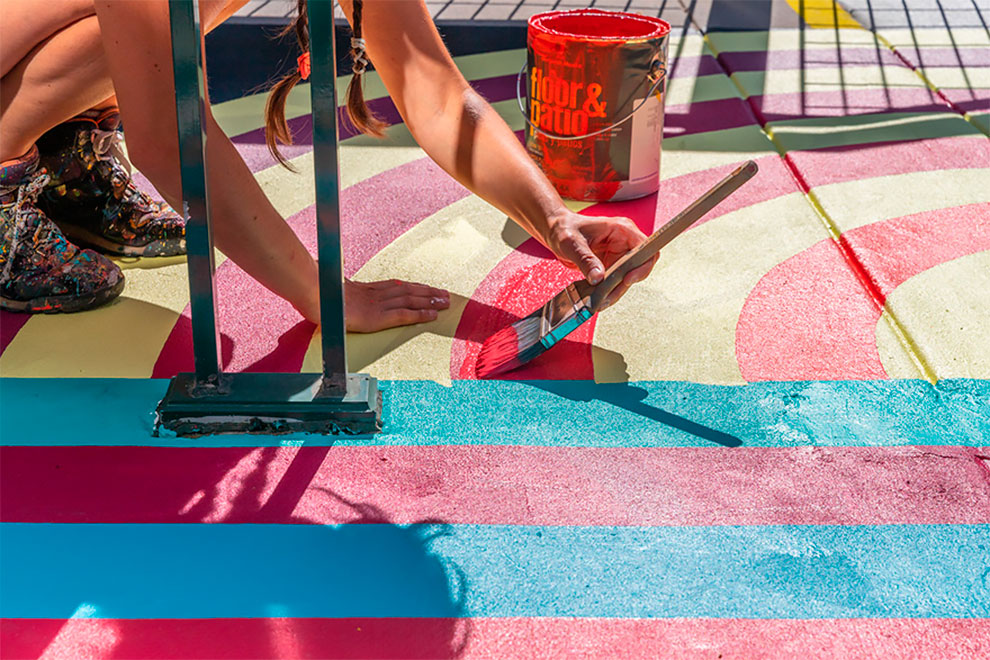 “When we were installing it, we basically gridded out the entire staircase and made an analog loom,” explained the artists. “There was a lot of math involved, getting the angles and perspective right was a challenge but eventually everything locked into place. To drive home the textile reference we added tassels to the end of the piece so people feel like they’re walking on rug.” 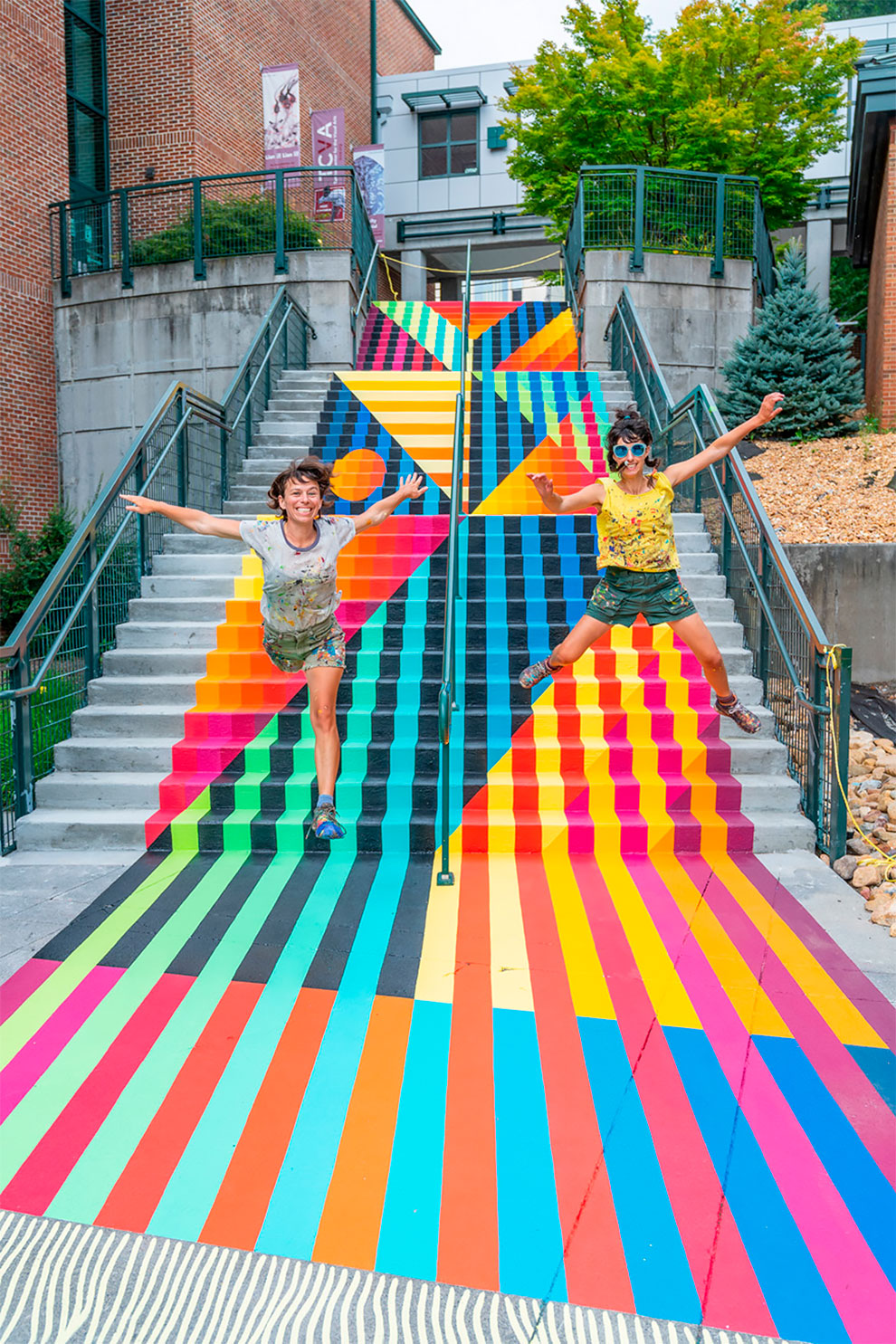 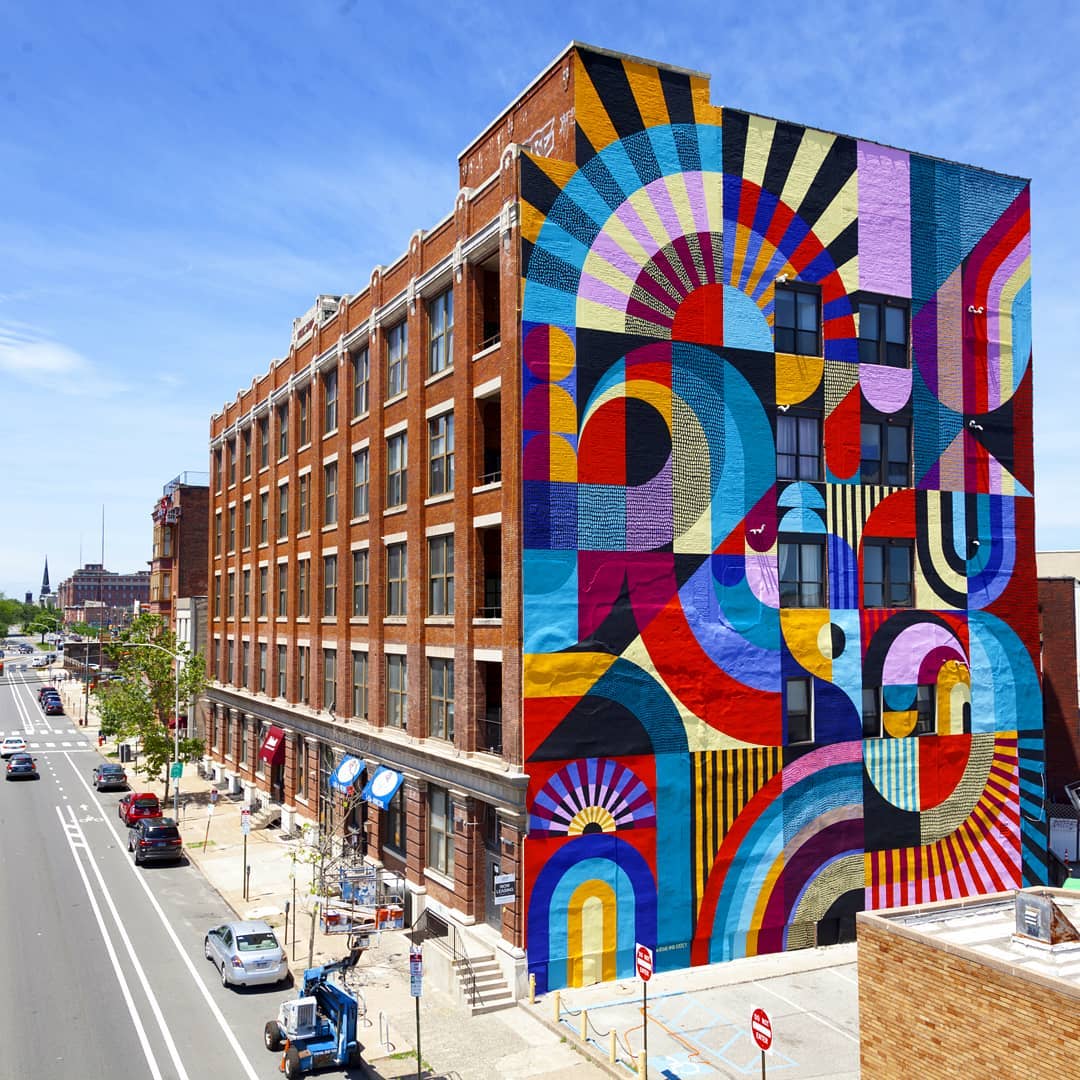 Jessie and Katey had done more impressive murals in the past: 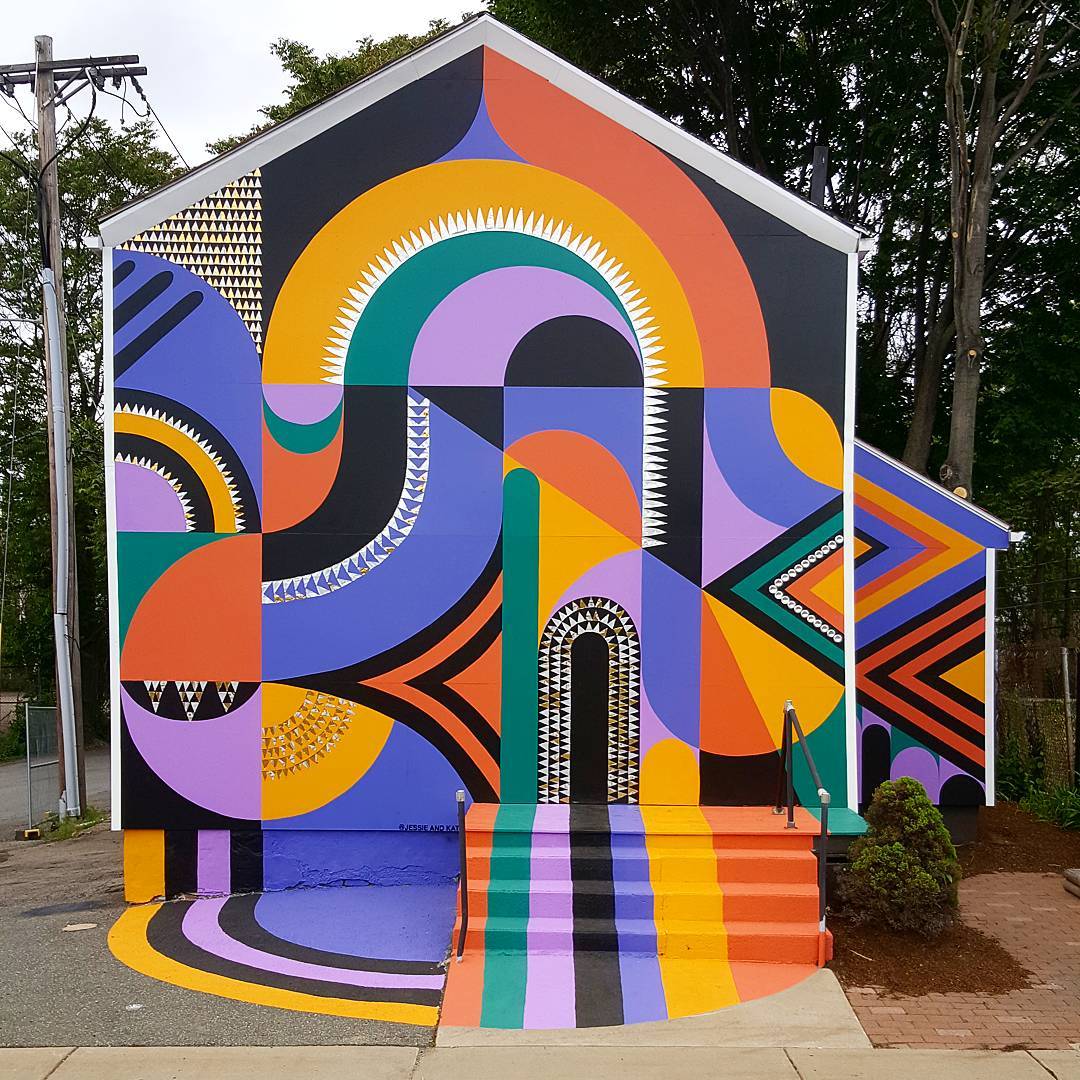 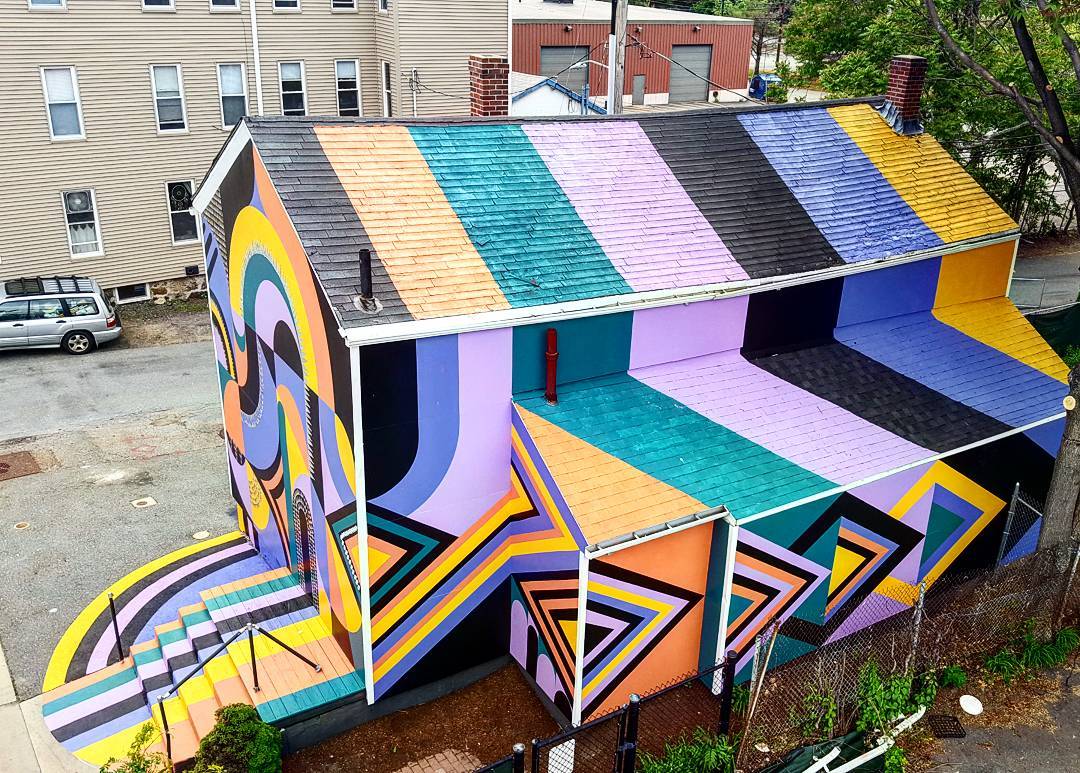 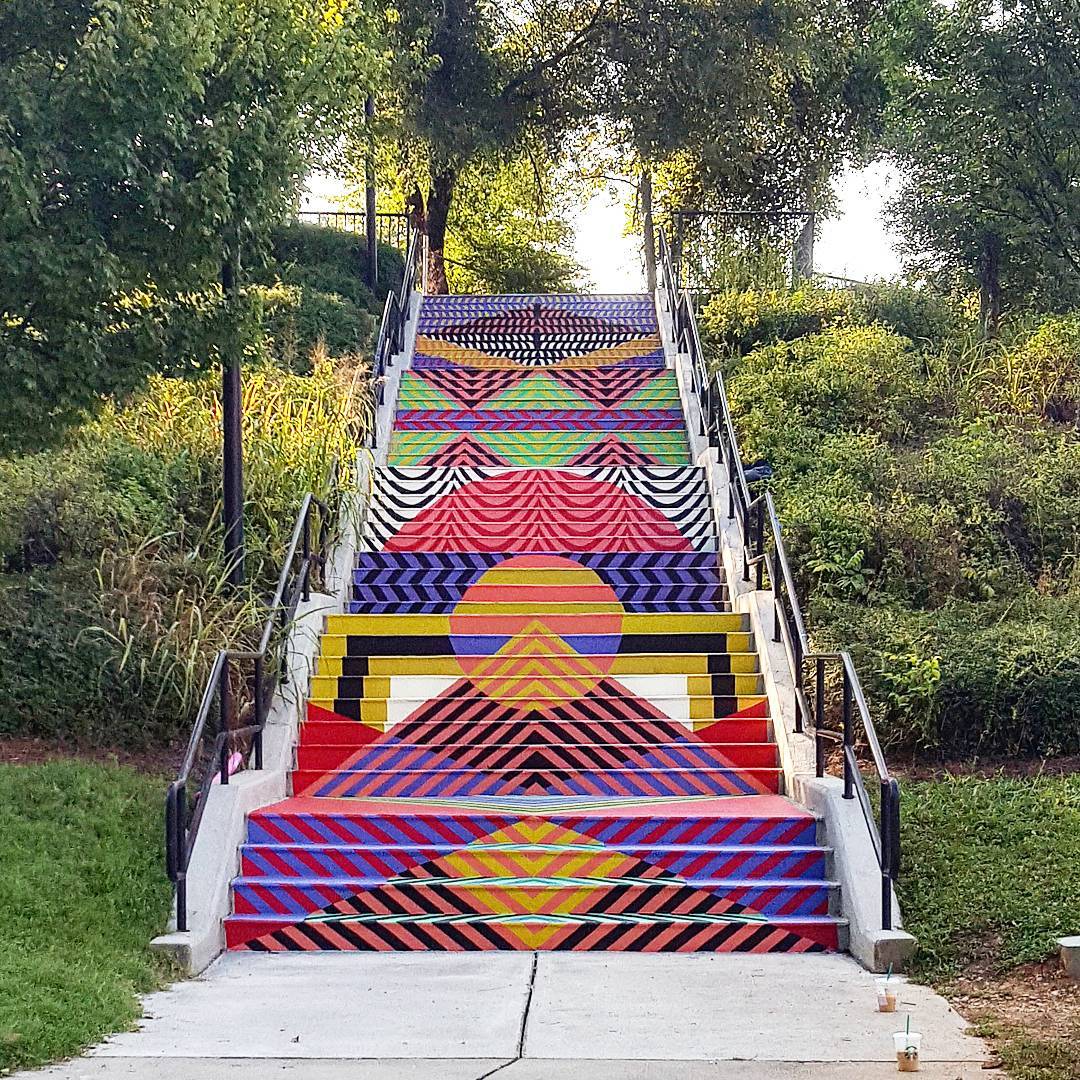 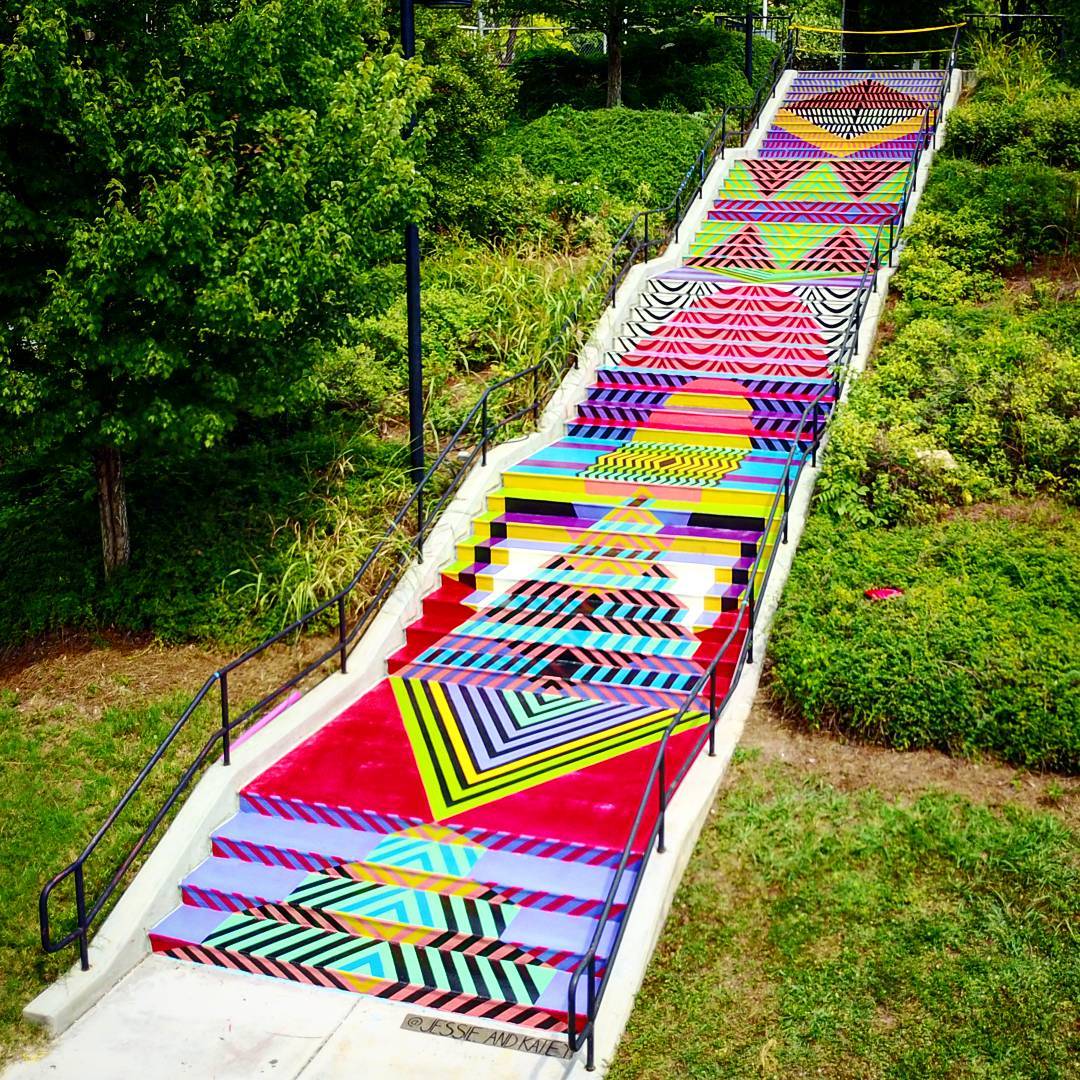 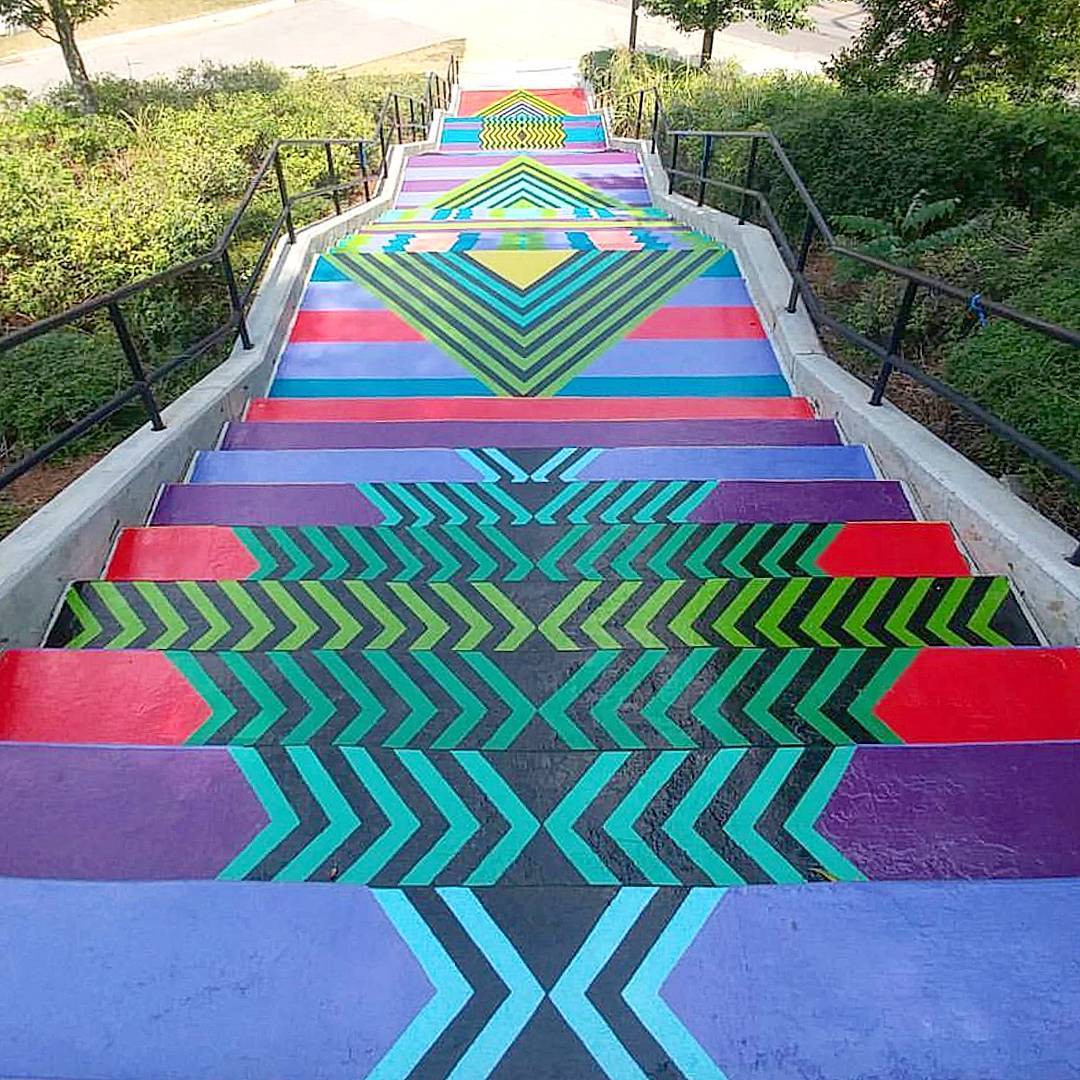 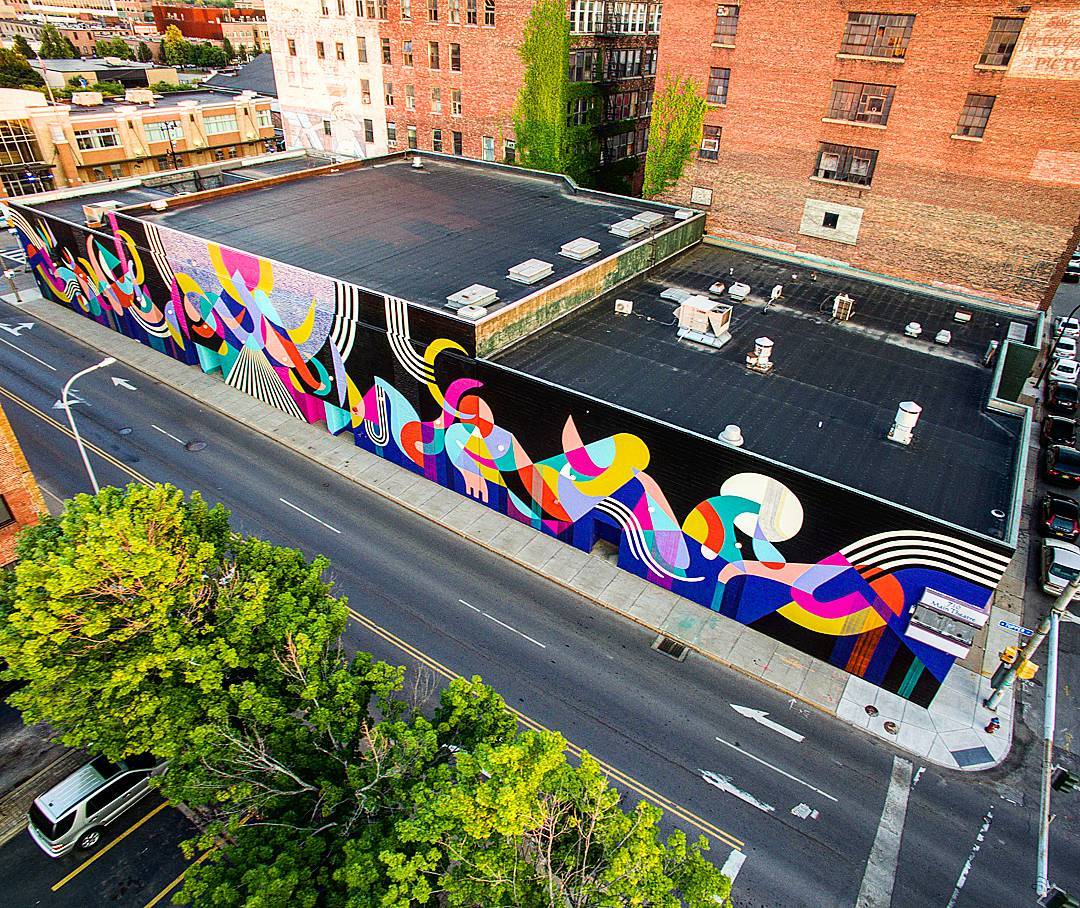 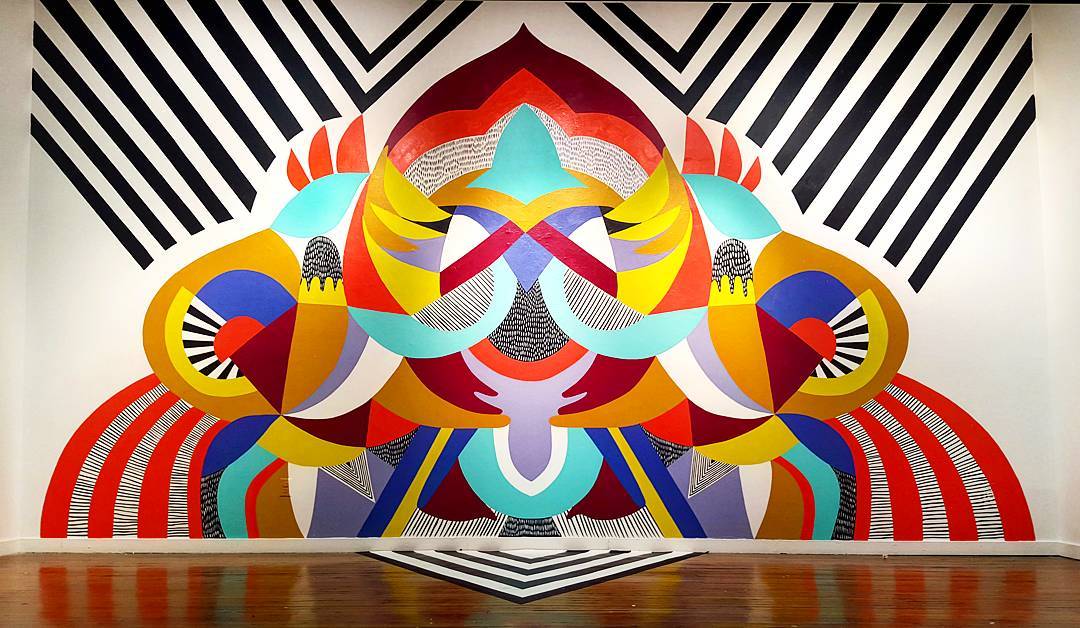 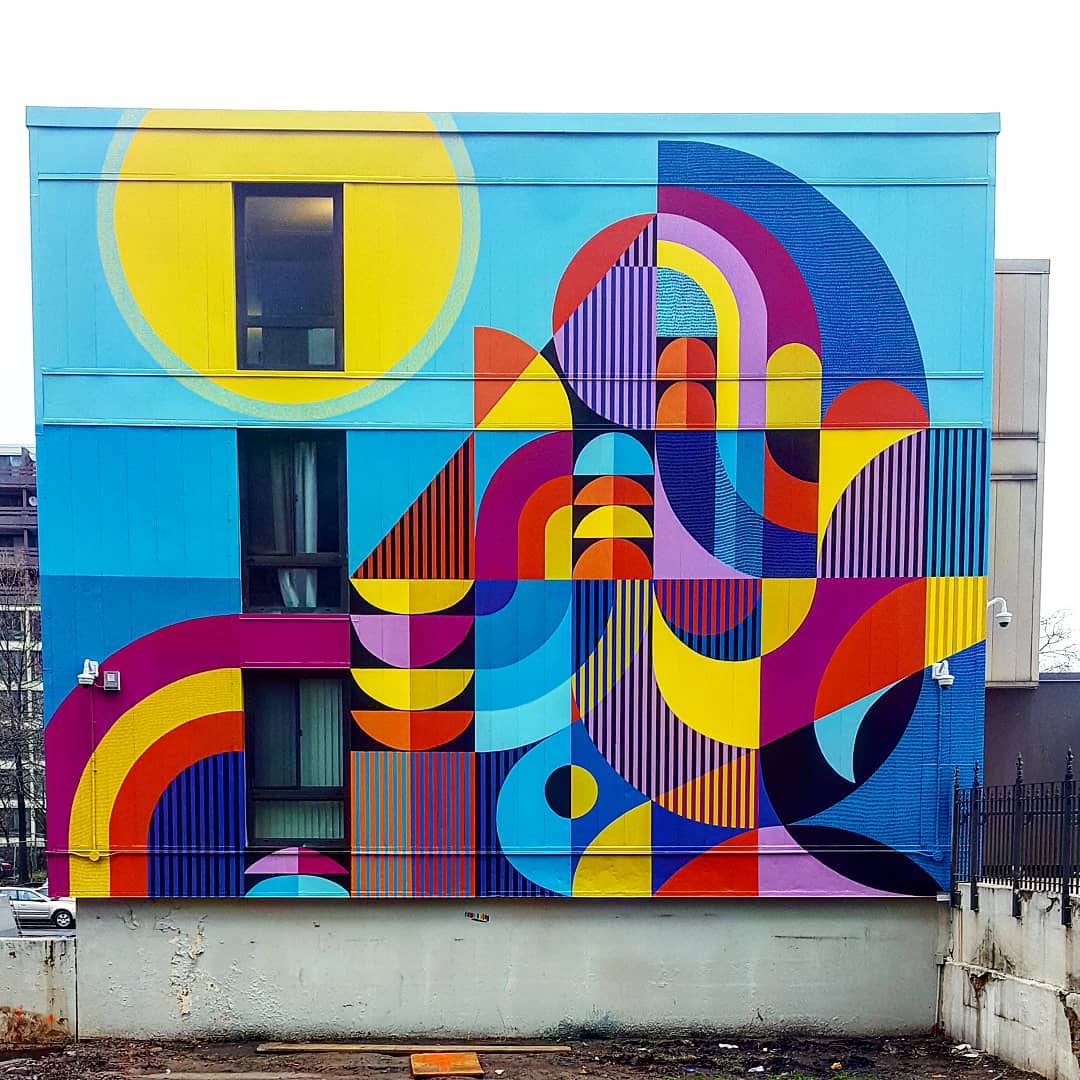 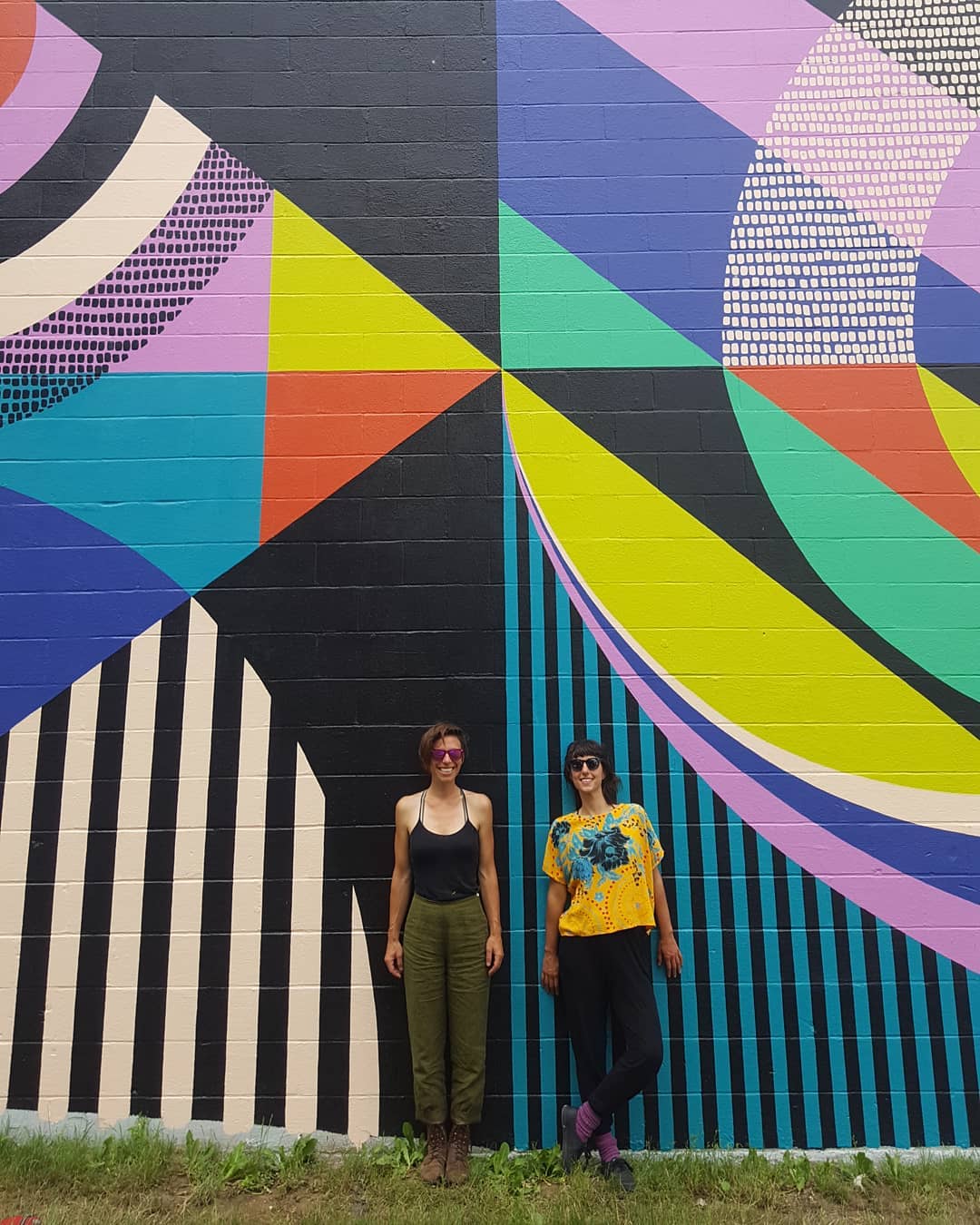 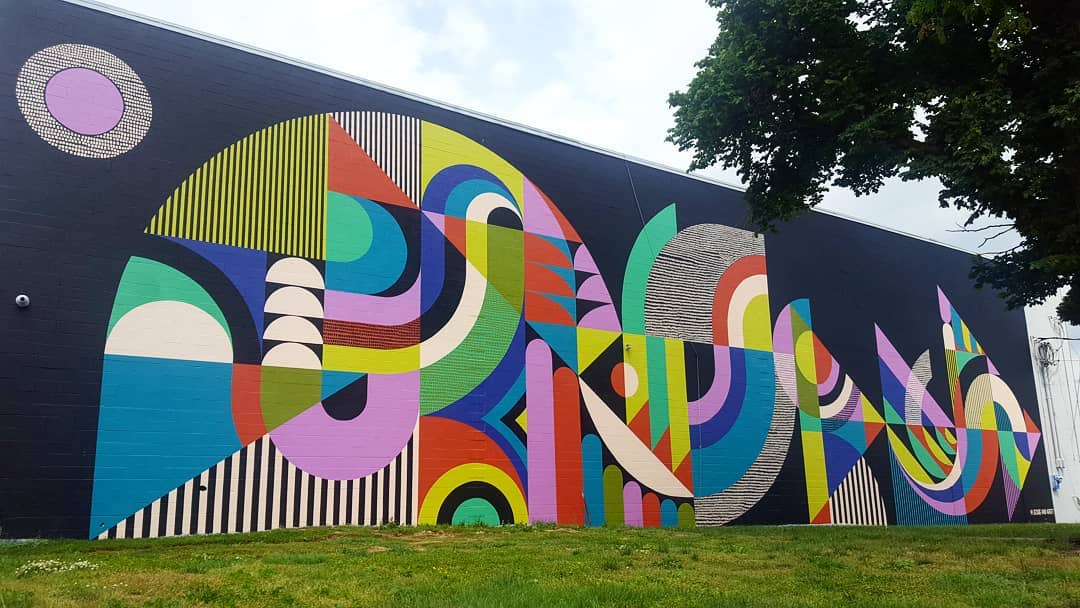 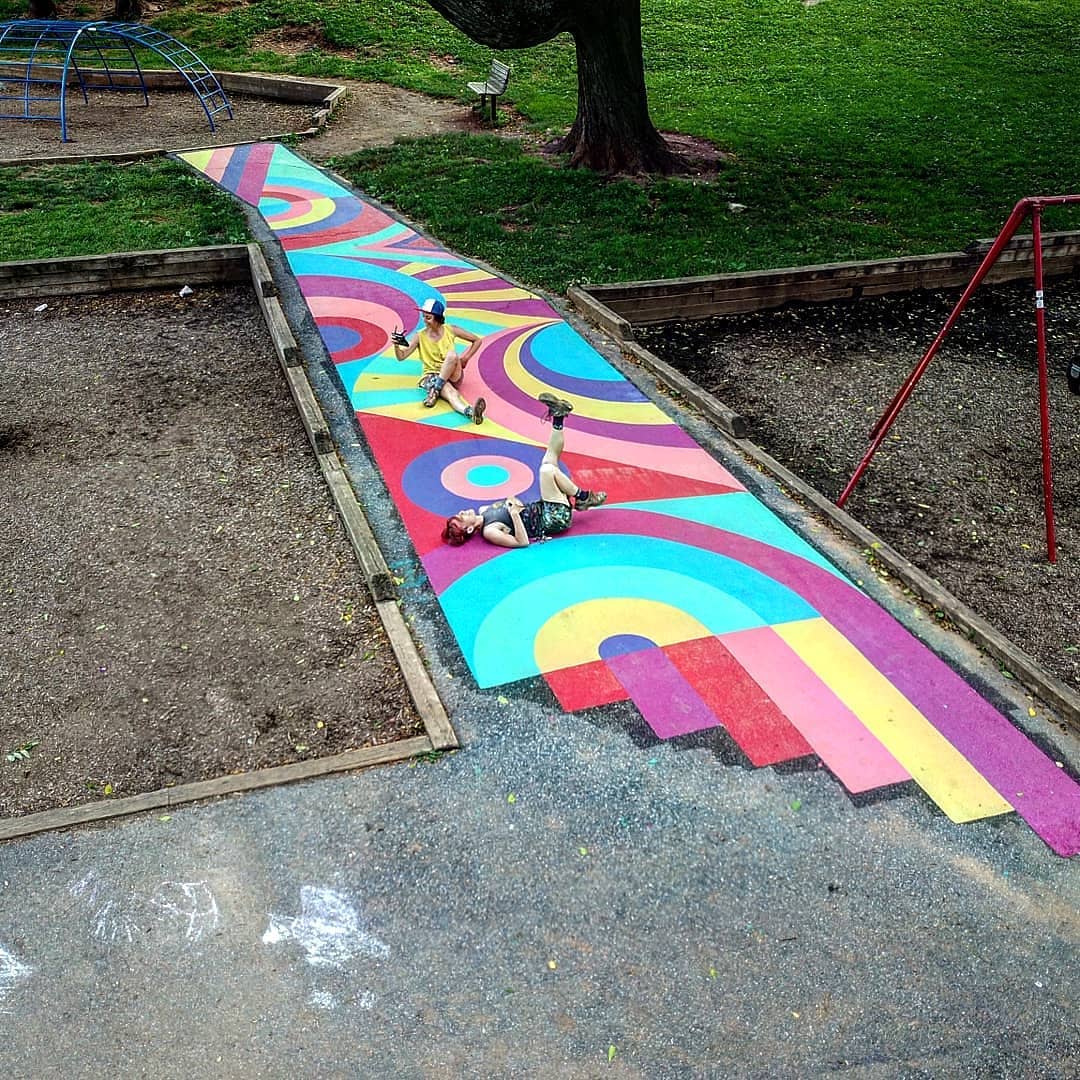 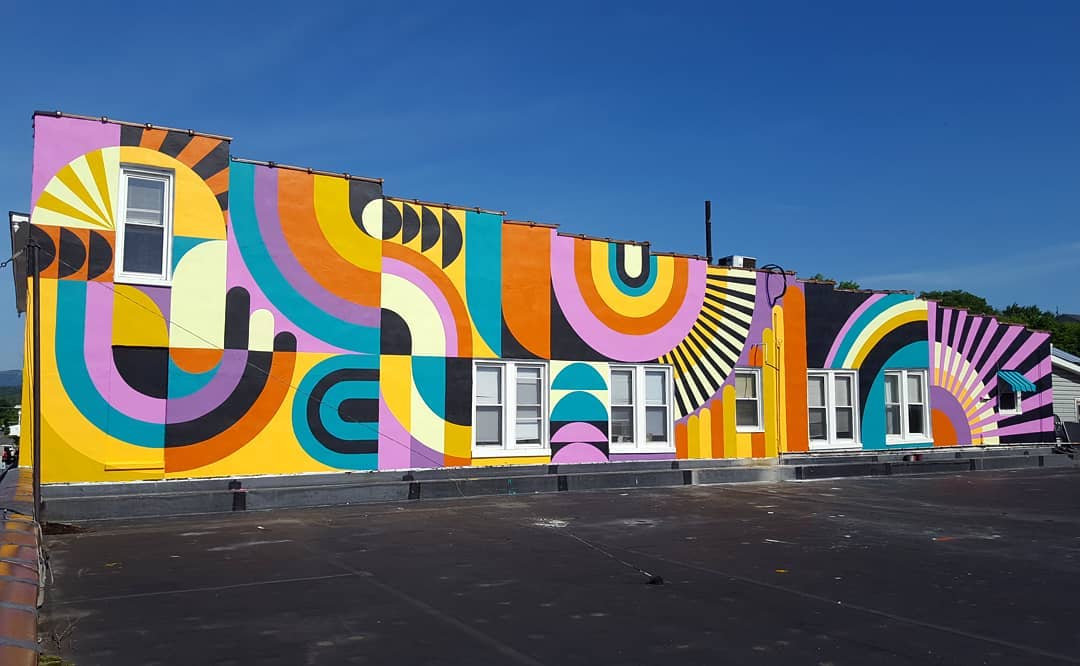 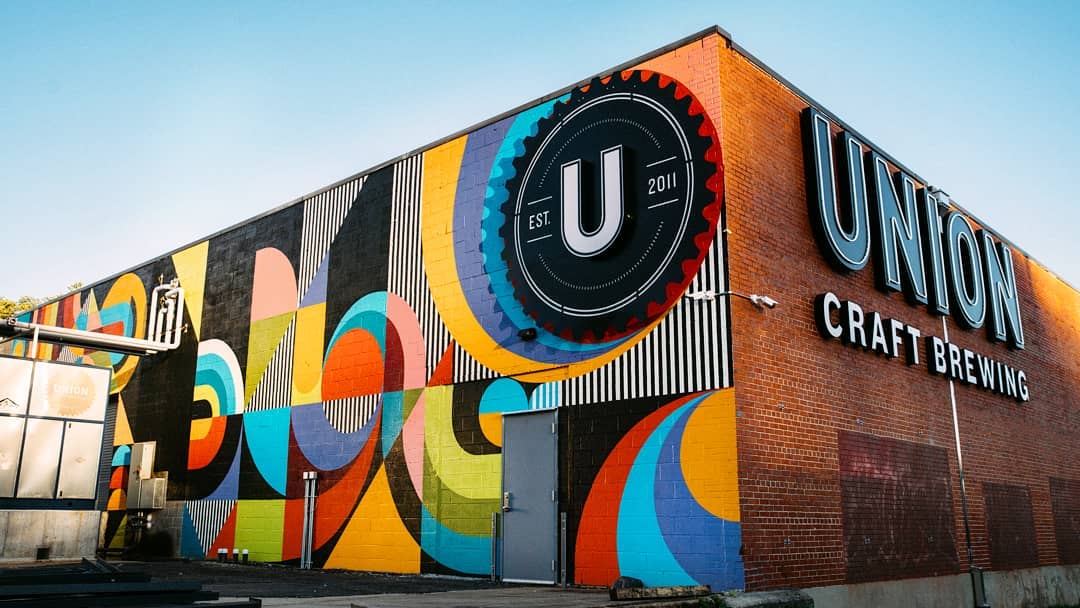 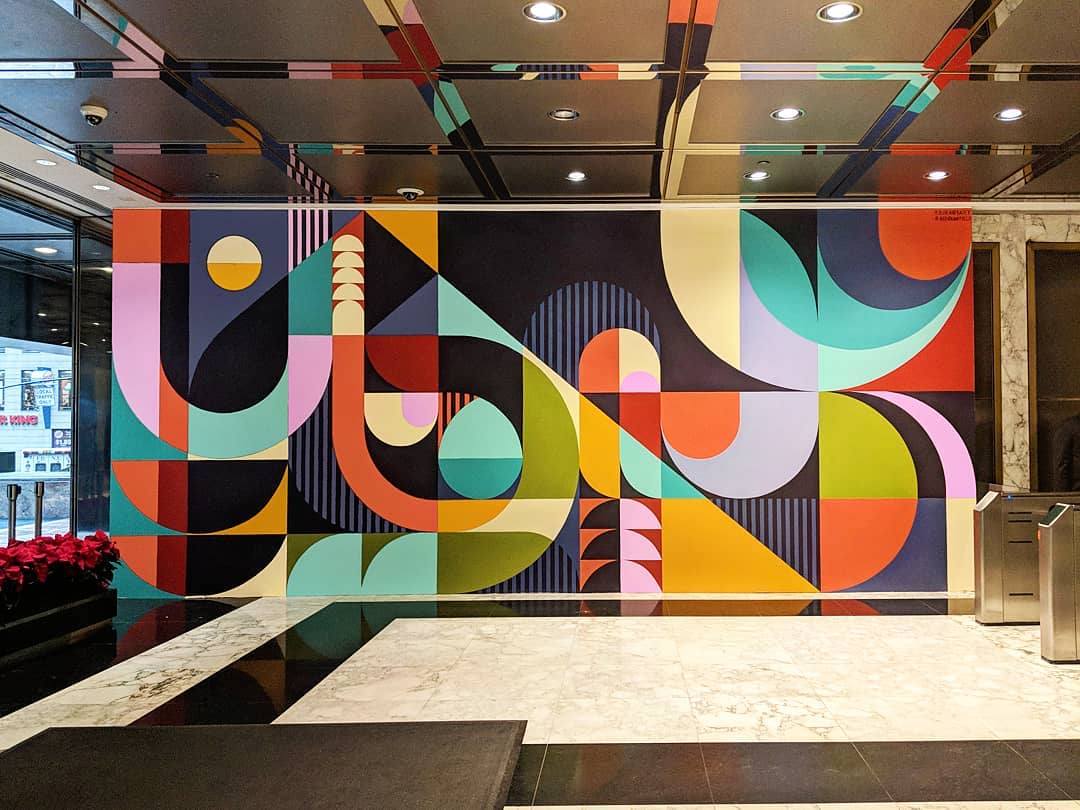 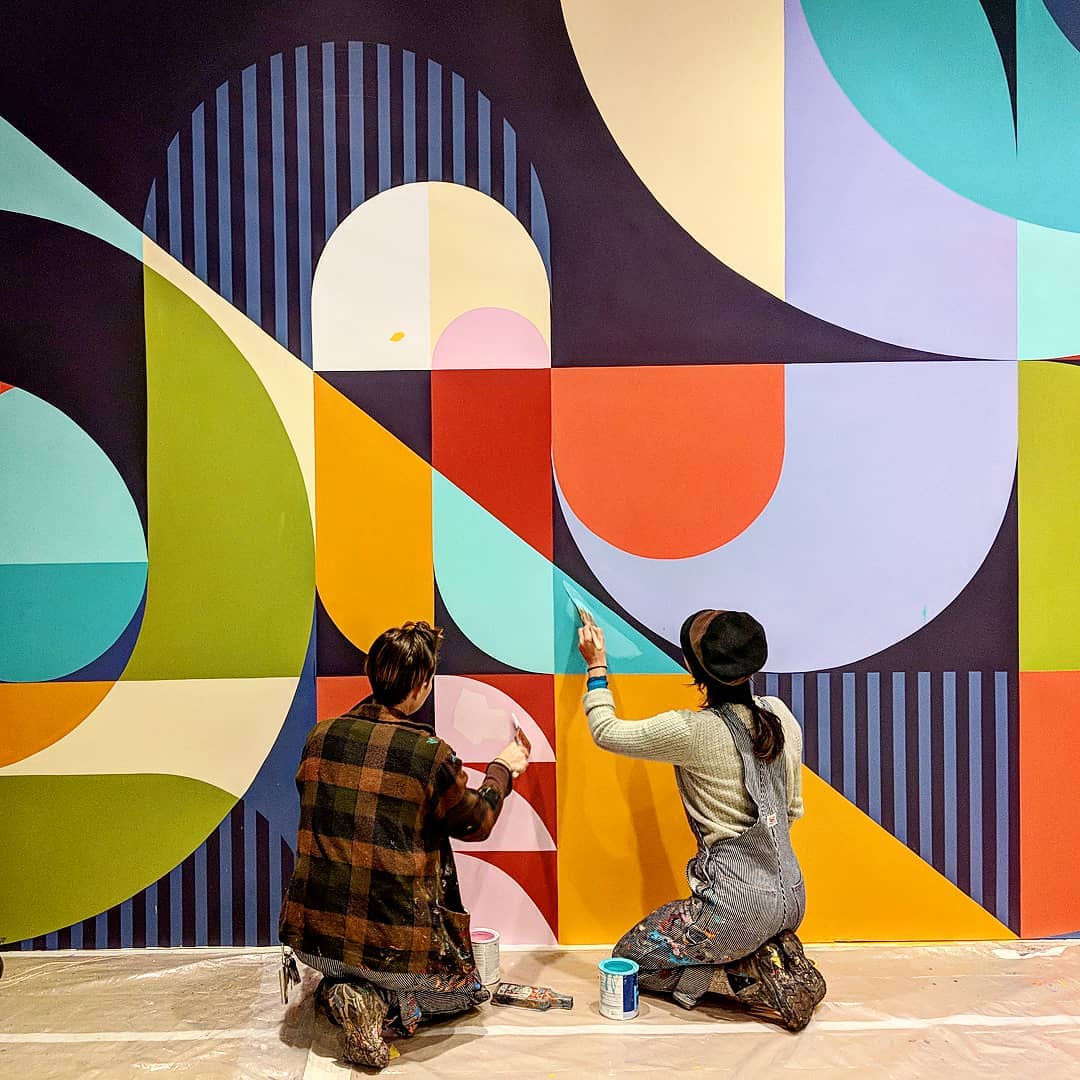 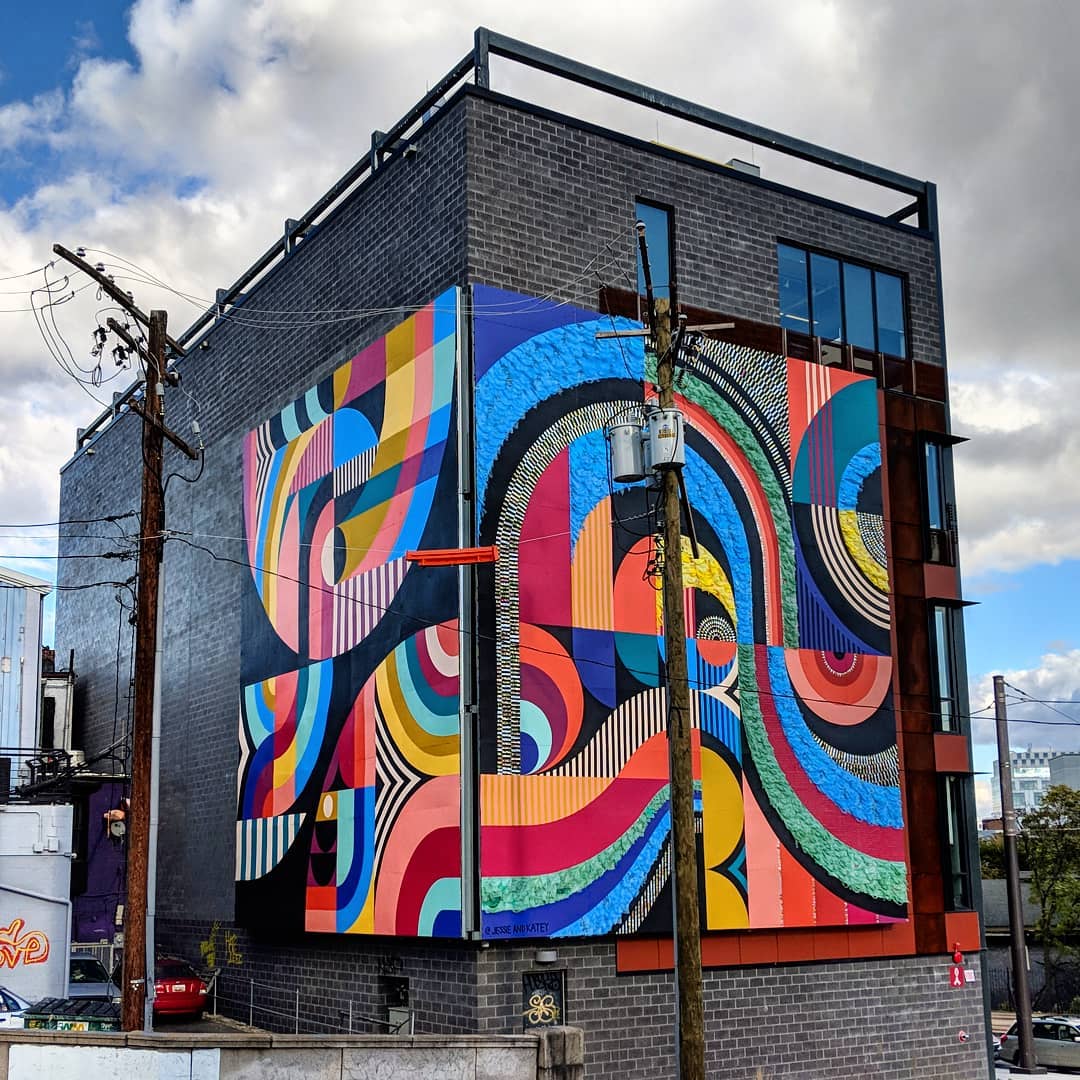 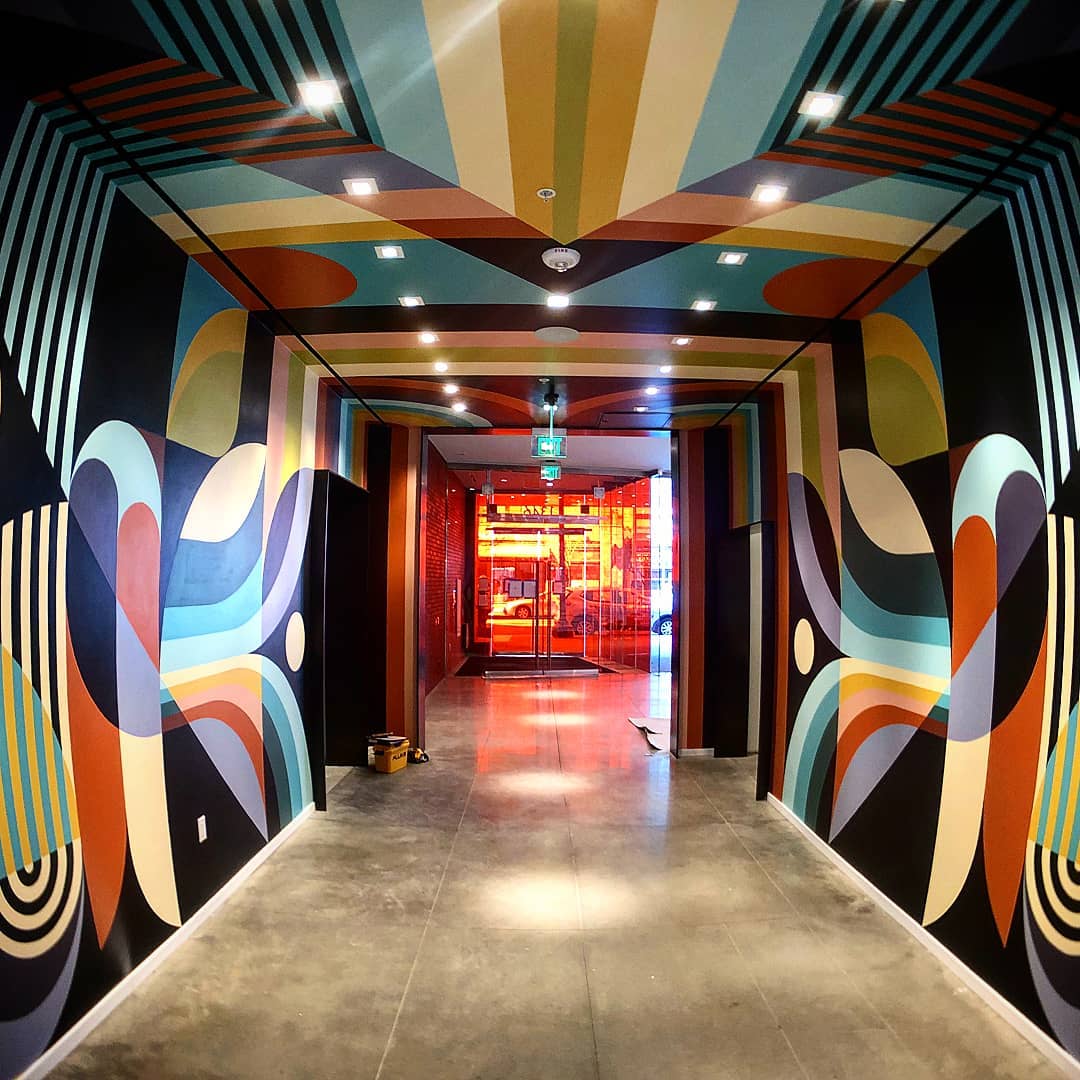 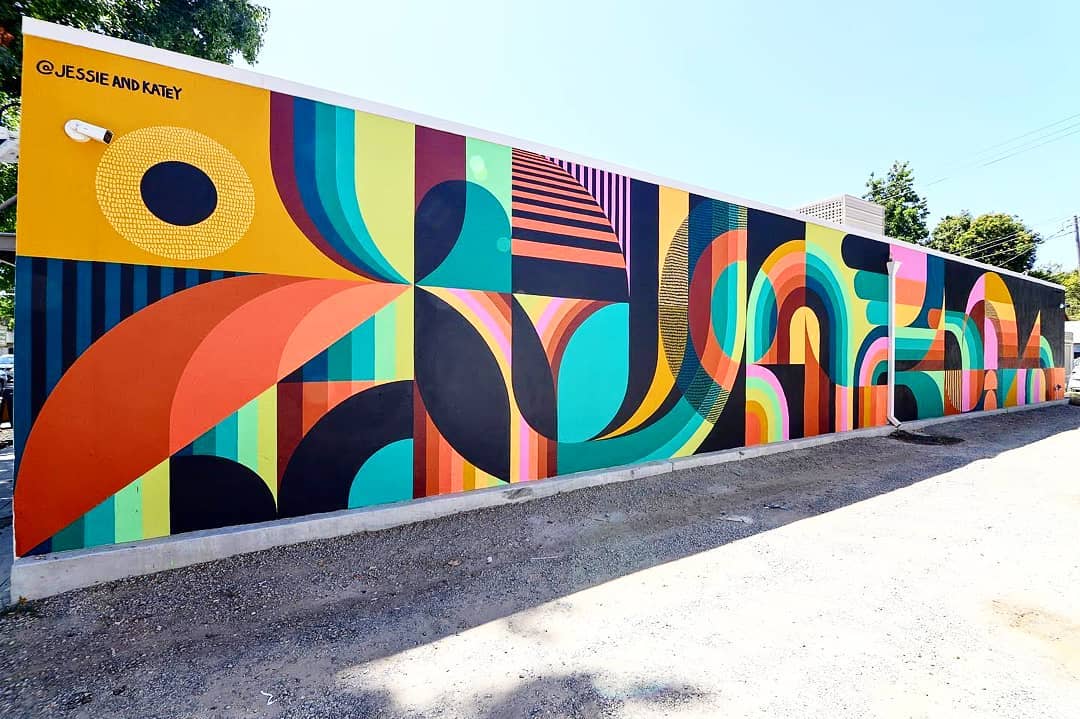 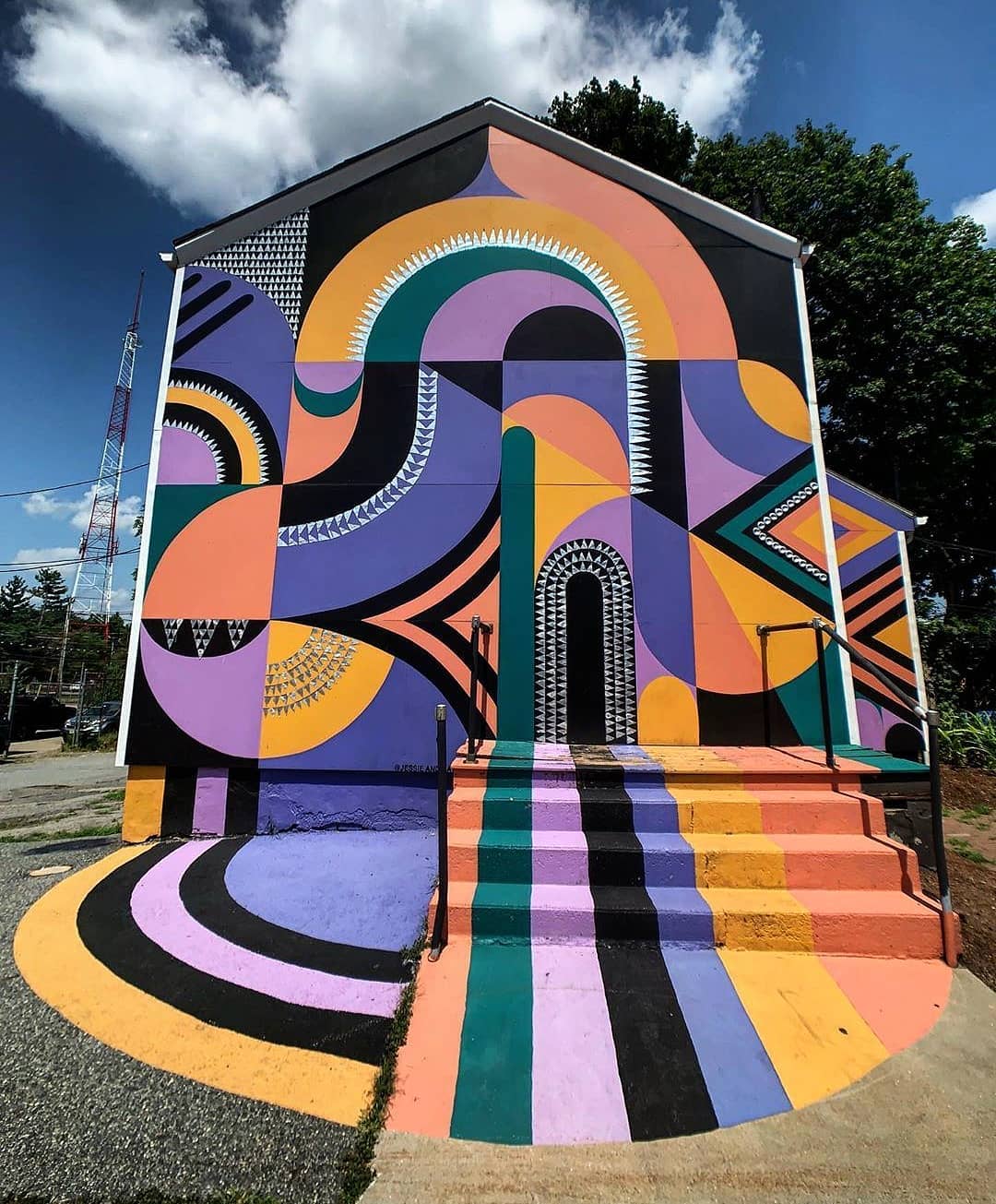 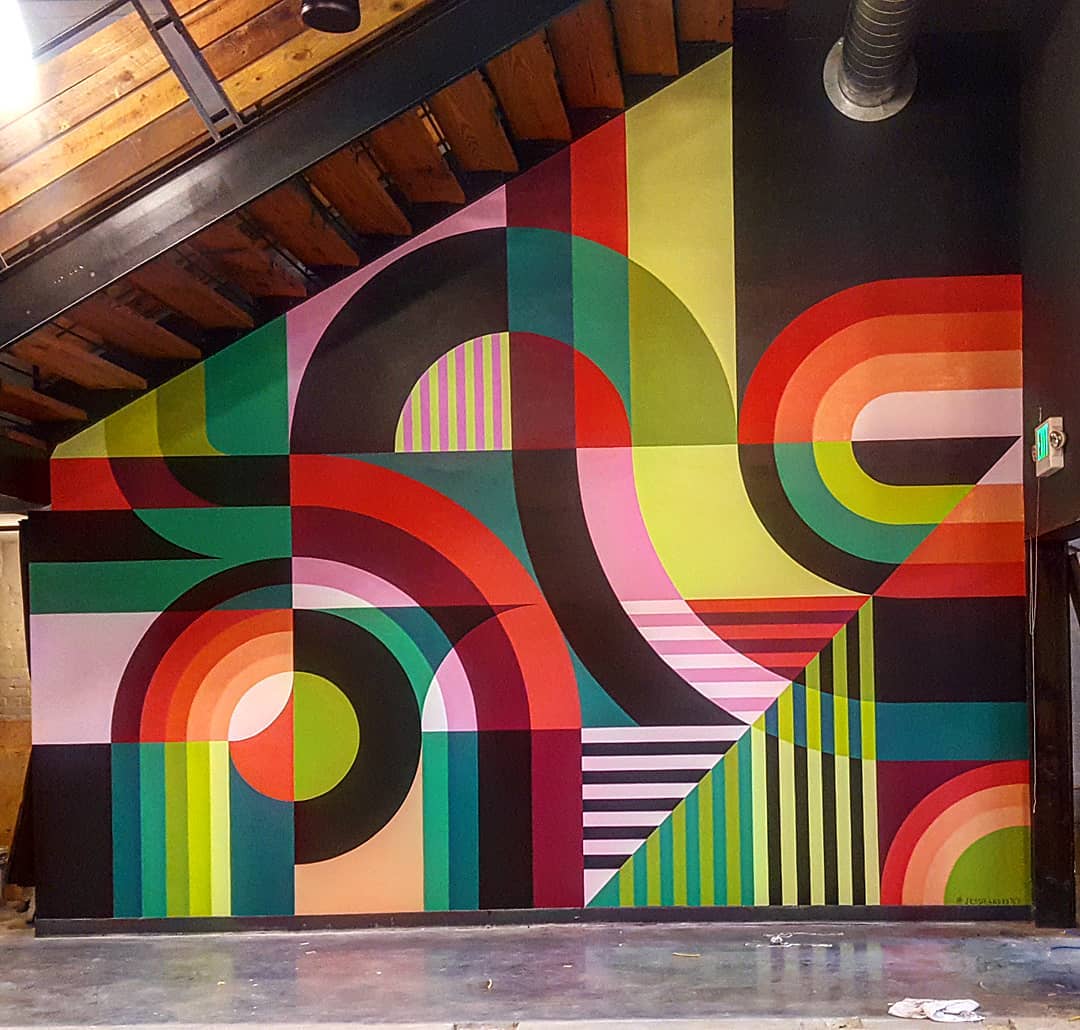 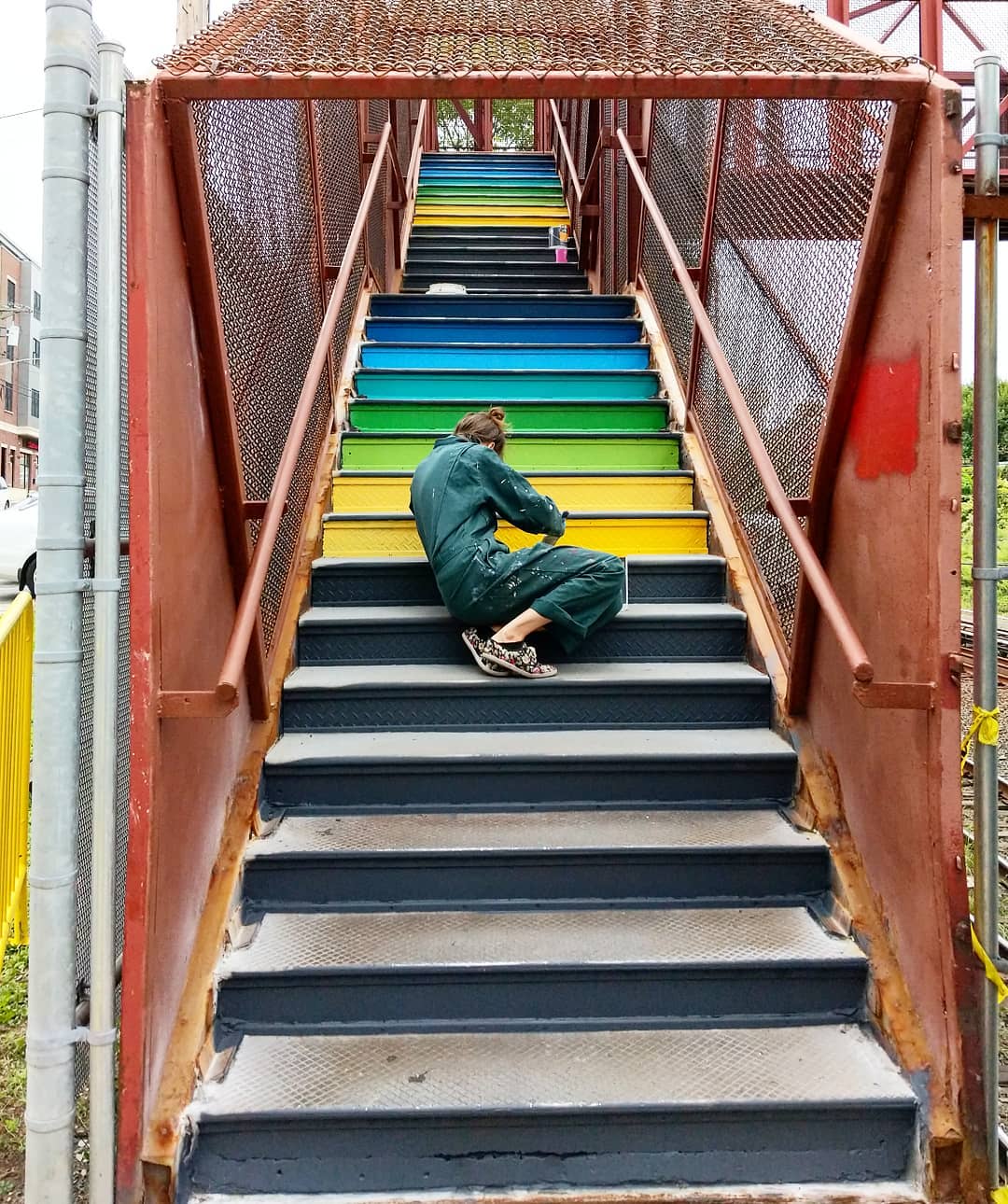 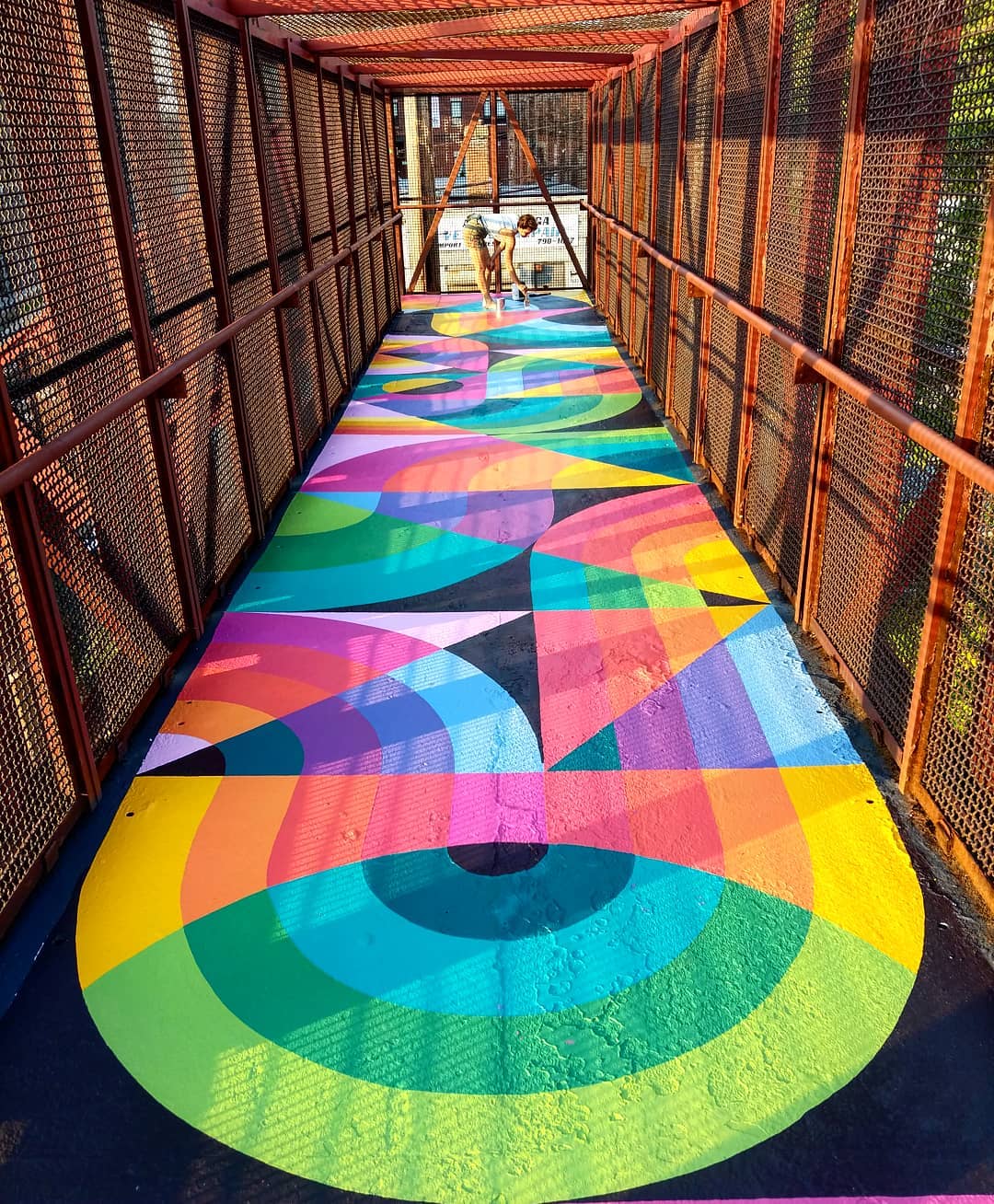 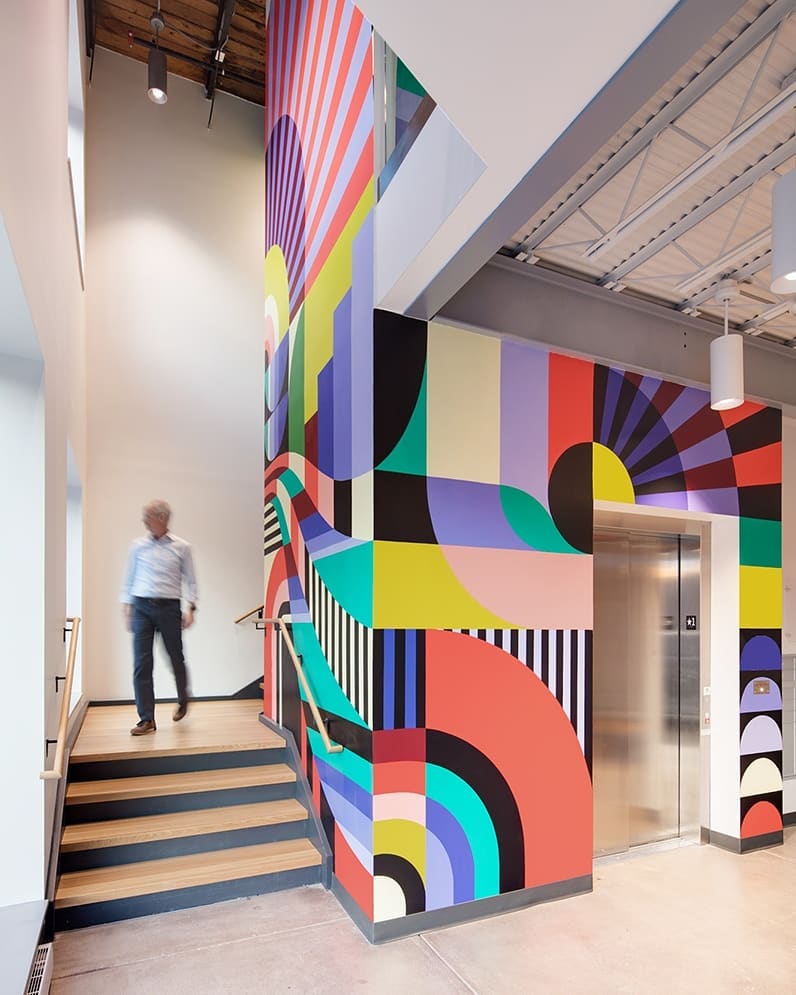 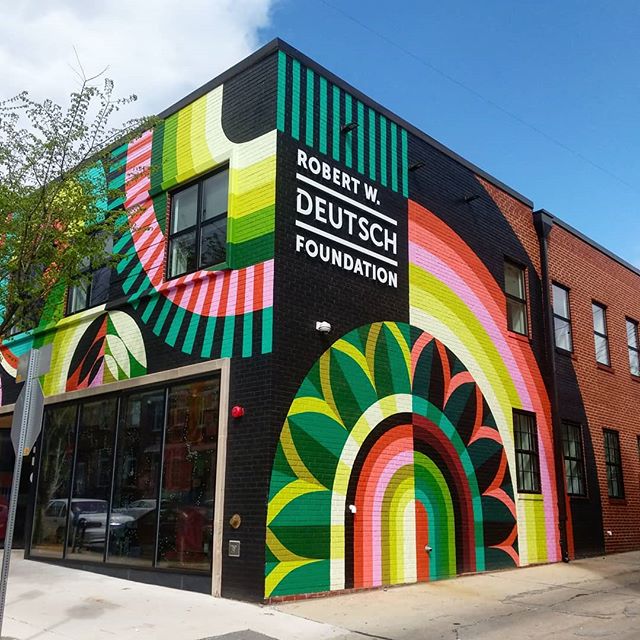