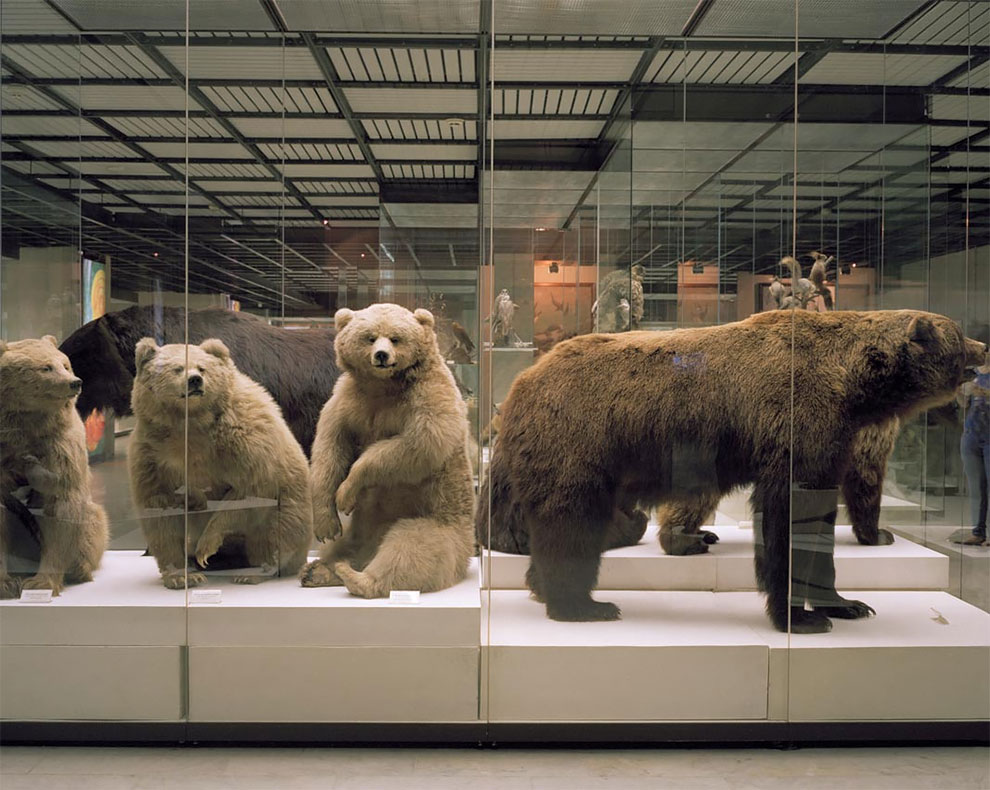 In her series of photos entitled Relics, Moscow-born photographer Lily Idov explores how artefacts and ephemera from the past are viewed by each passing age. The series collects more than 50 photographs taken over the past year at some of Moscow’s lesser known museums (the Museum of Electrification, the Museum of Darwin, the Railway Museum, the Museum of Water Supply).

Idov, who was formally based in New York and has shot for magazines including Vogue and GQ, considers how an object in a glass box somehow acquires the status of an artwork even if it’s nothing more than a mannequin, a rock or a stuffed animal. Most of the museums in the photographs were opened in the late 19th century and have remained frozen in time despite the changes in politics and ideology that has swept over Russia since then. 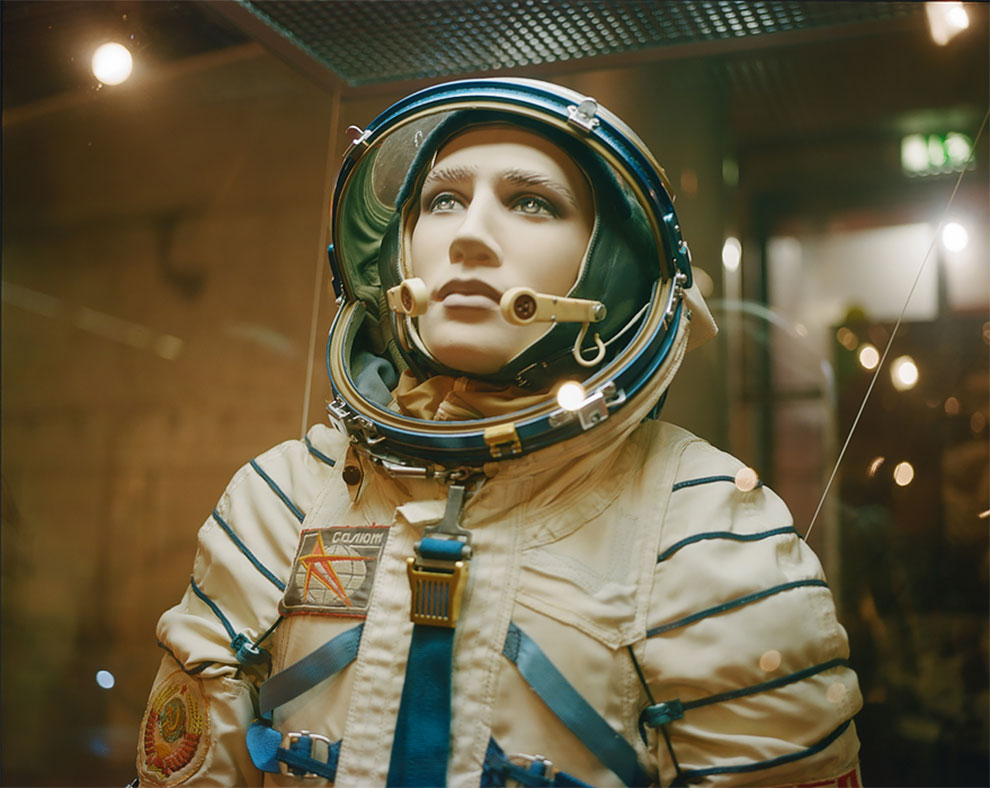 Not so long ago, this magical word would arouse a surge of joy, almost euphoria, among Soviet schoolchildren. It promised a visit to the paleontology museum, with its miraculous fossilized creations and its reconstructed dinosaurs. Years later, the skeletons in their cupboards began to be associated with unpleasant adult discoveries, and a feeling of overflowing joy from an encounter with the unknown became frayed and worn out along with the museums themselves. 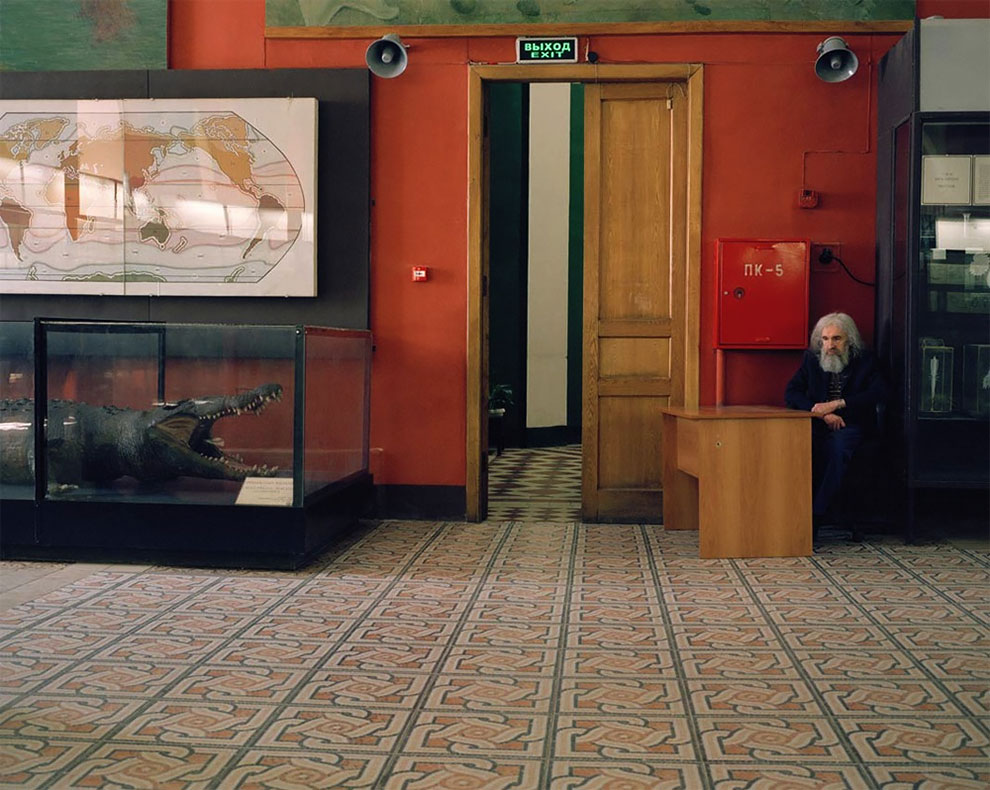 An astonishing combination of perspectives, transpositions and intersections of the child’s and the adults gazes – this is one of the key features of this project. We can take the subjects that are actually photographed. These strange exhibits, stuffed dogs of various breeds, say, or a figure of Sergei Korolyov seated at his desk and looking like a Hollywood superhero, monumental pre-Revolutionary cupboards with their dirty, glaring glass cases, archaic exhibition spaces and resonating halls filled with furniture that has seen better days, were shot in over 20 museums in Moscow. 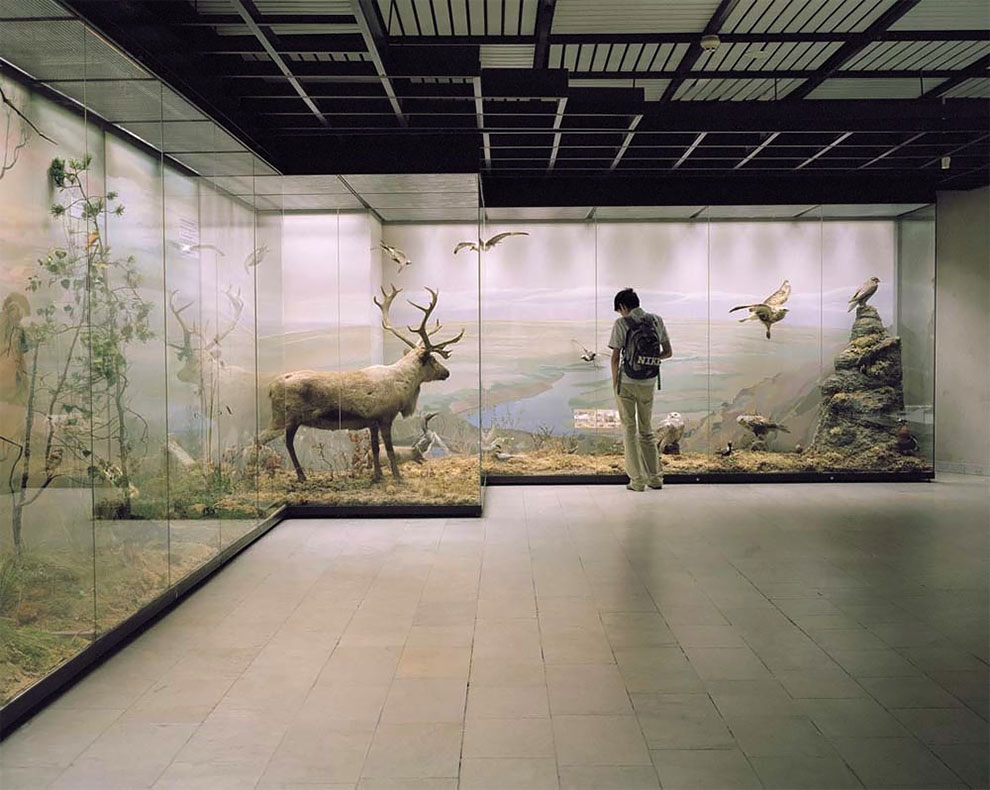 These are collections that are rarely visited by the capital’s artistic beau monde, and are rarely paid any attention by the critics, rare exceptions being when they’re used as venues for performances by the Voina art group. Some of the museums, such as the Darwin and the Polytechnical museums, and the museums of cosmonautics and mineralogy, or the Battle of Borodino Panorama, are the realm of children heading off on Sunday naturalist expeditions, hand in hand with parents exhausted from their working weeks. 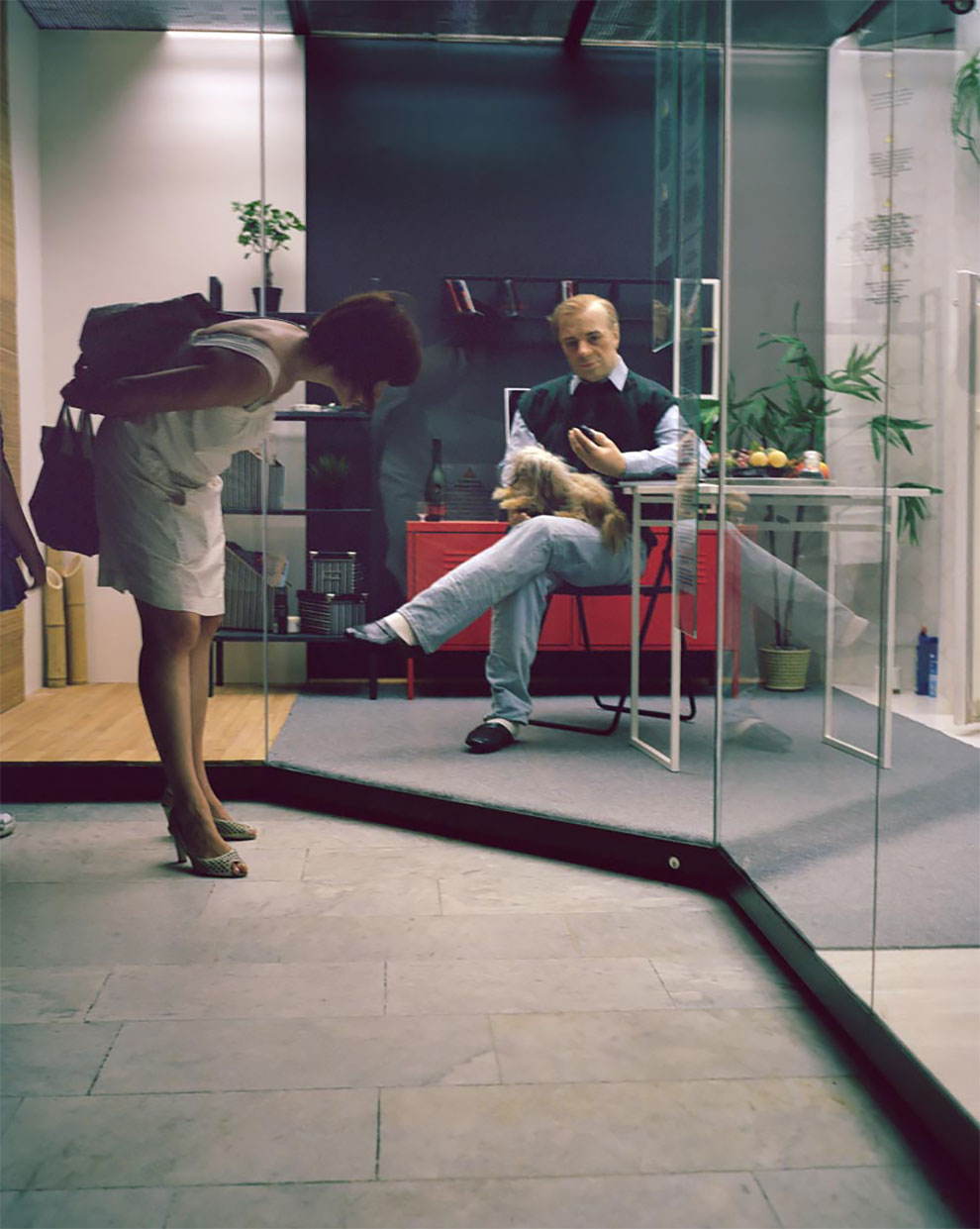 Another group is made up of museums of public catering, electrification or water supplies – trade and industry exhibitions that are of interest to specialists alone, or created merely to tick some bureaucratic box; many of them are insufferably dreary. 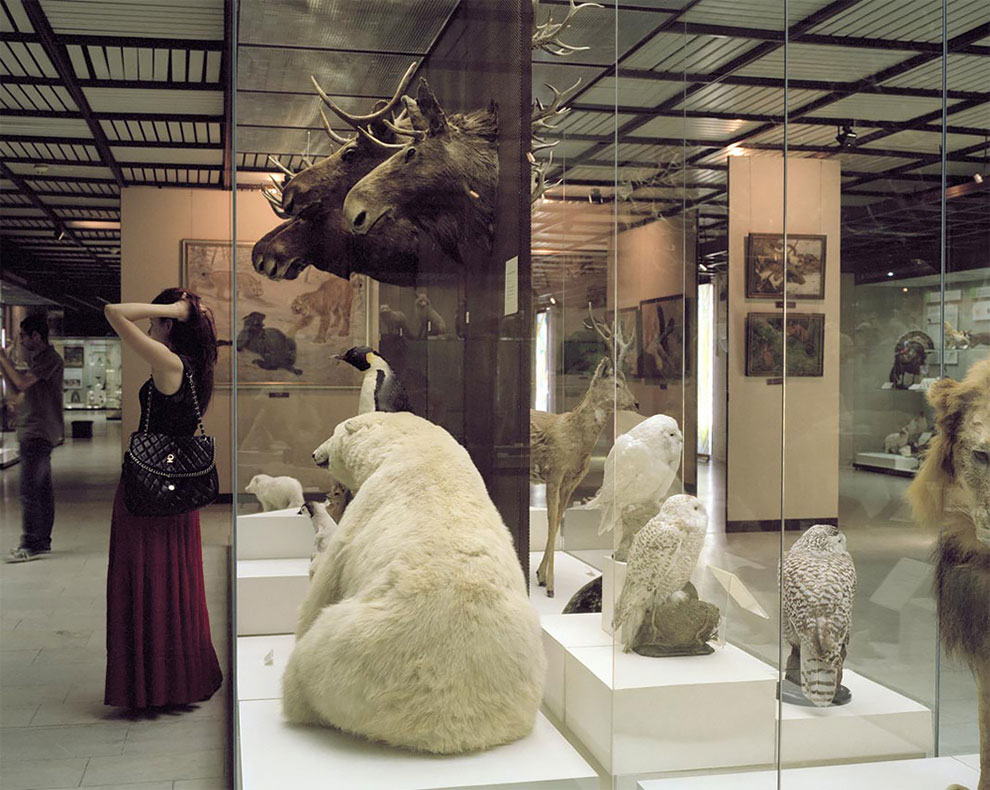 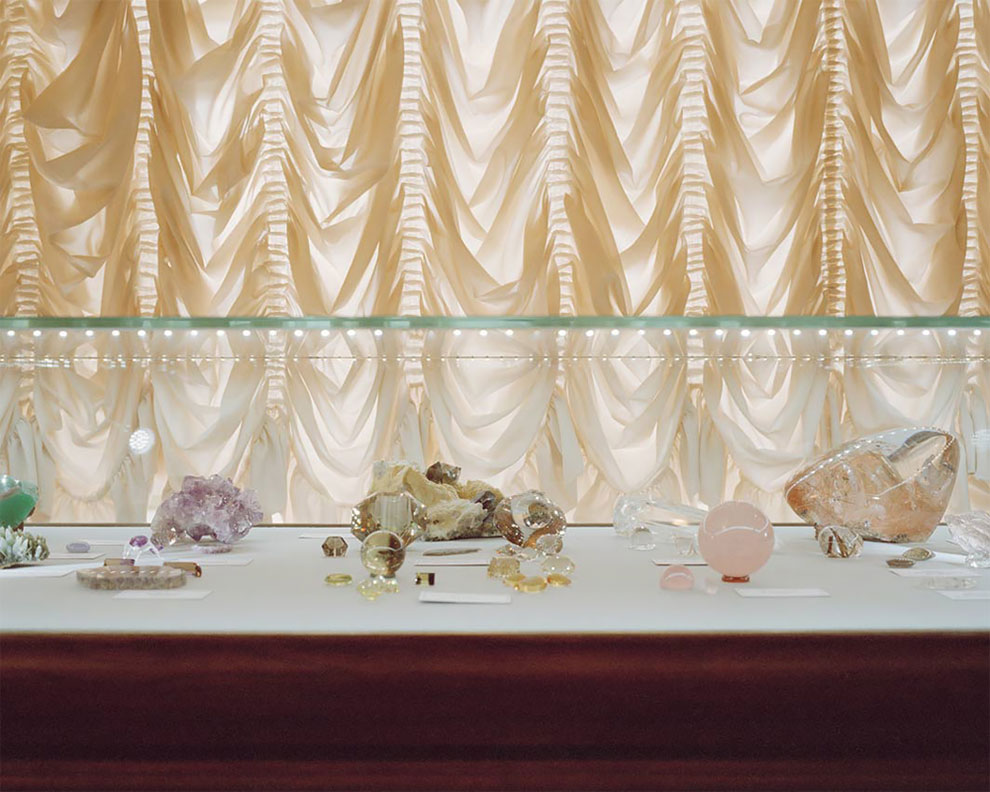 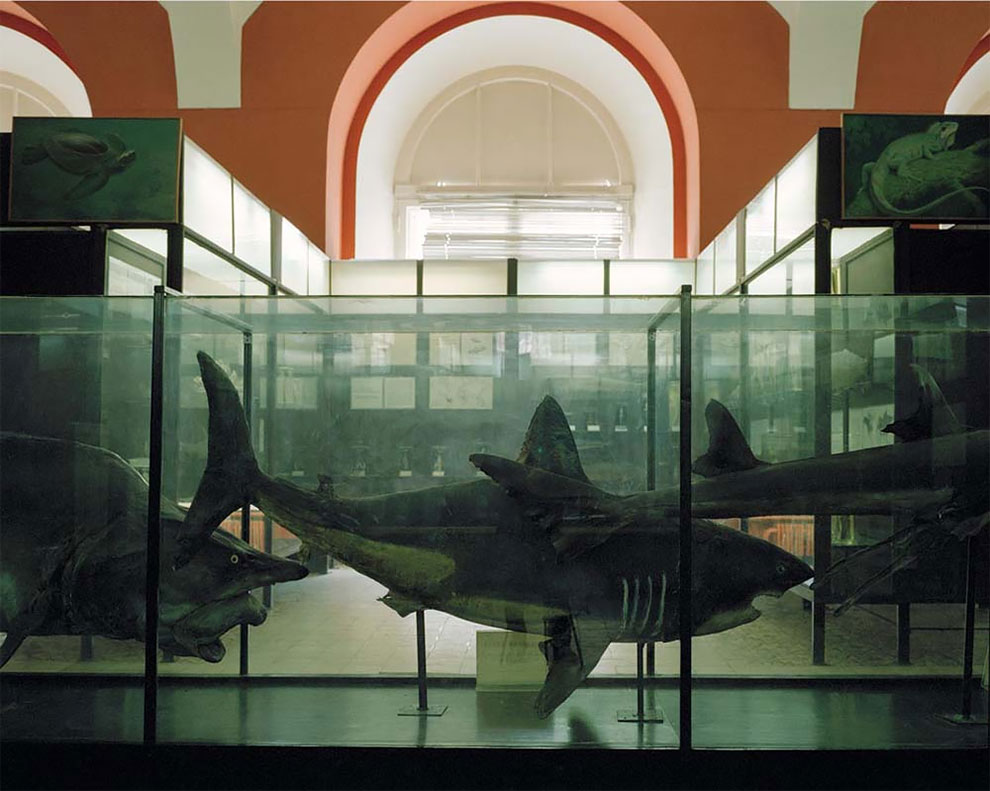 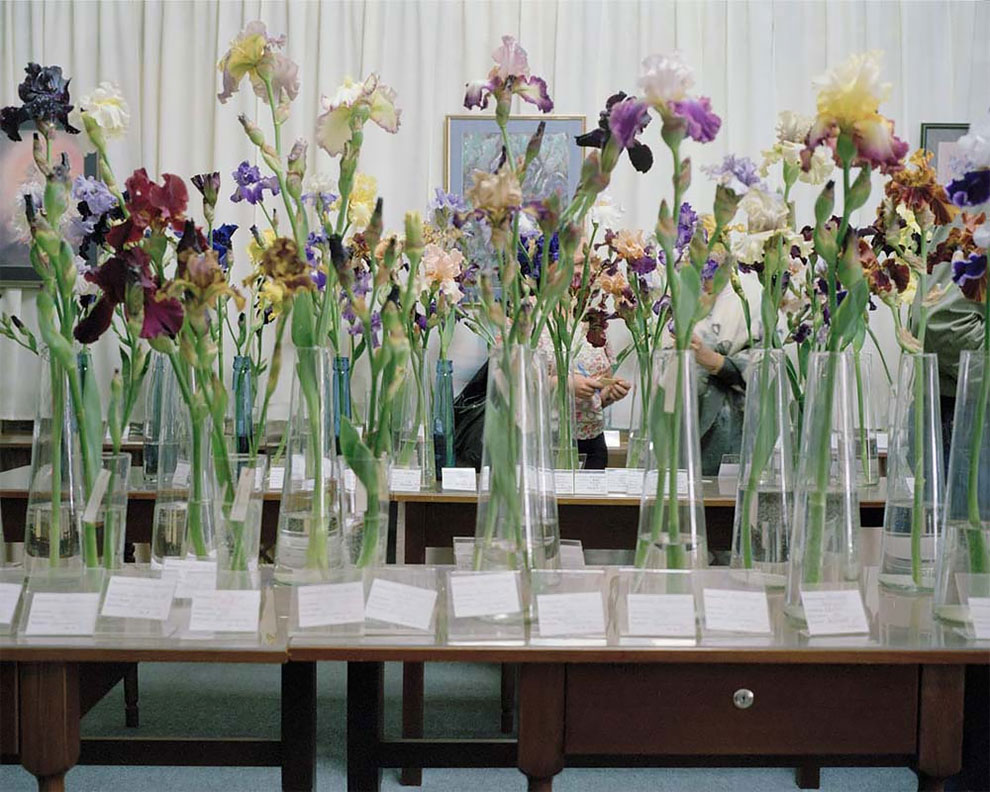 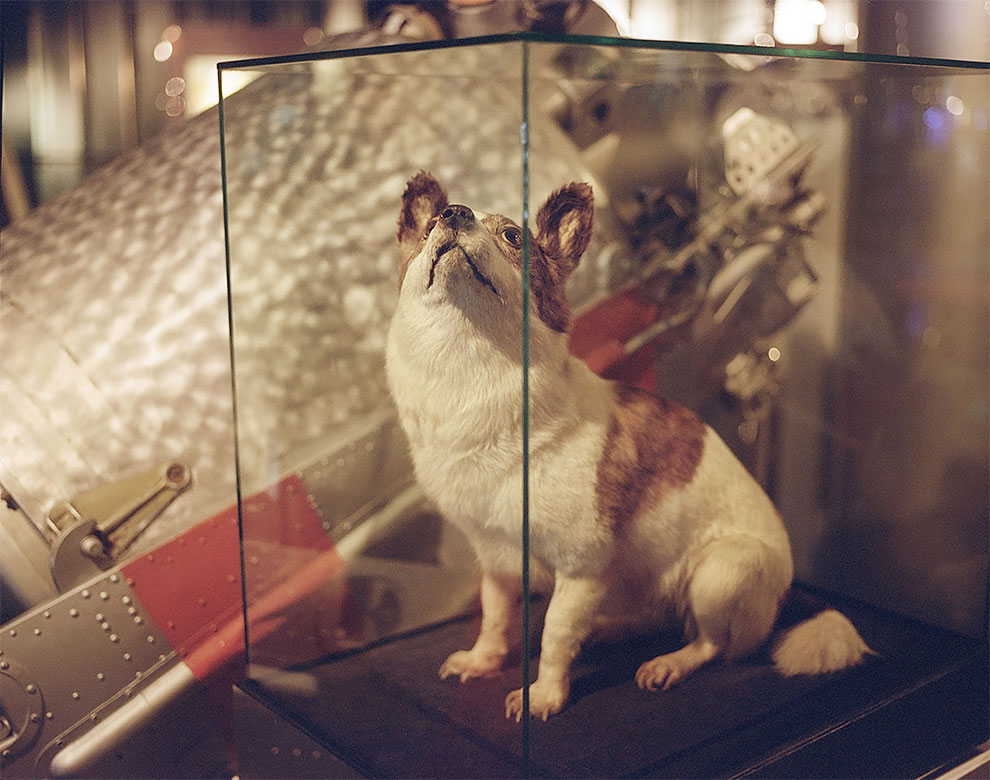 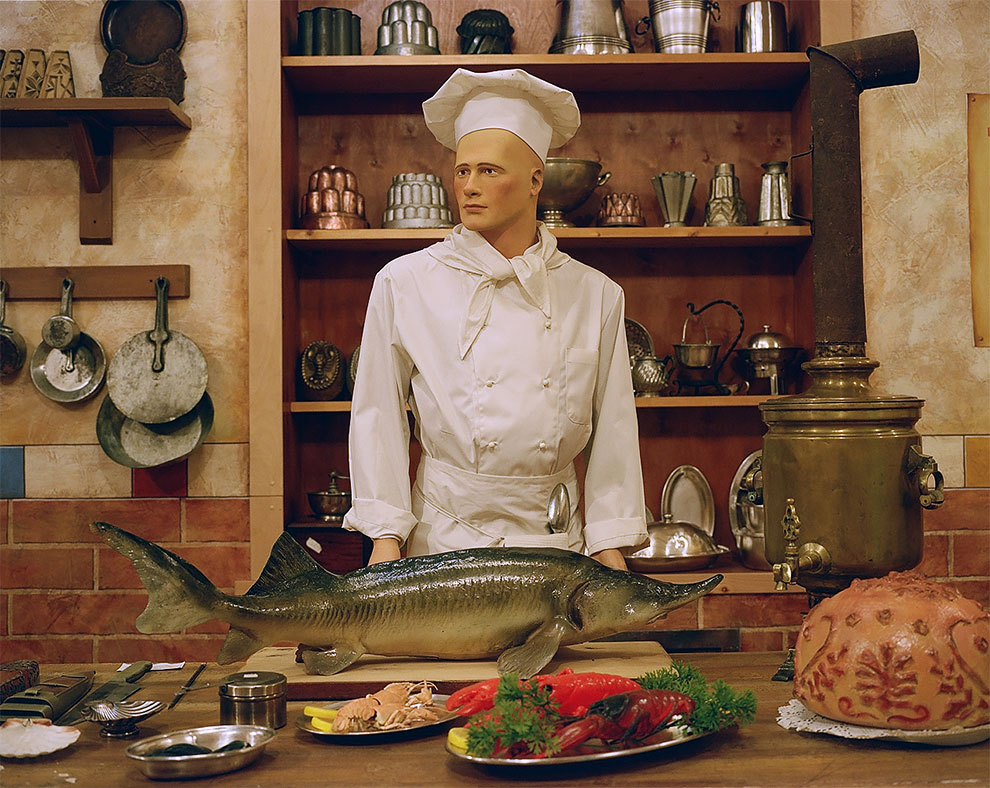 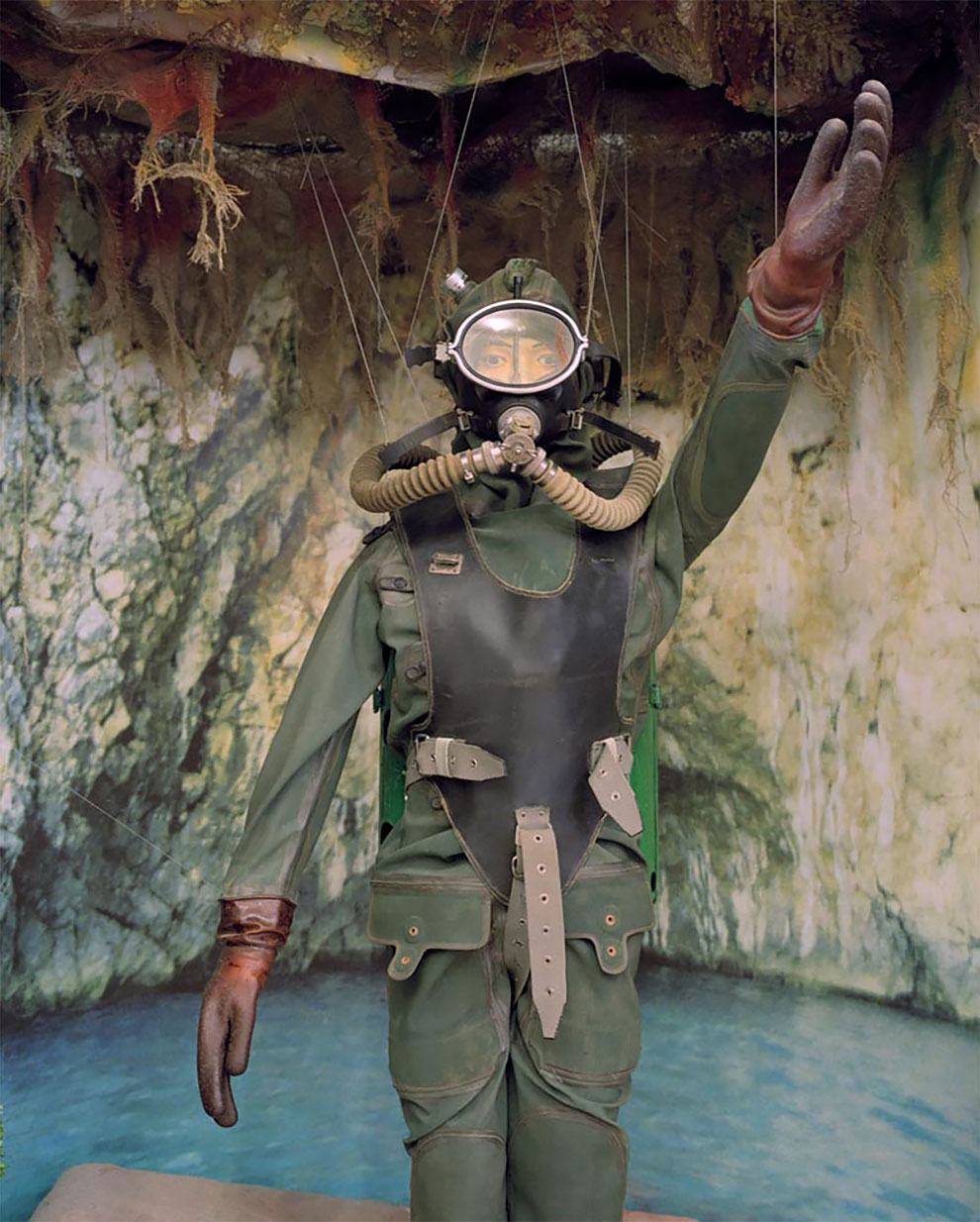 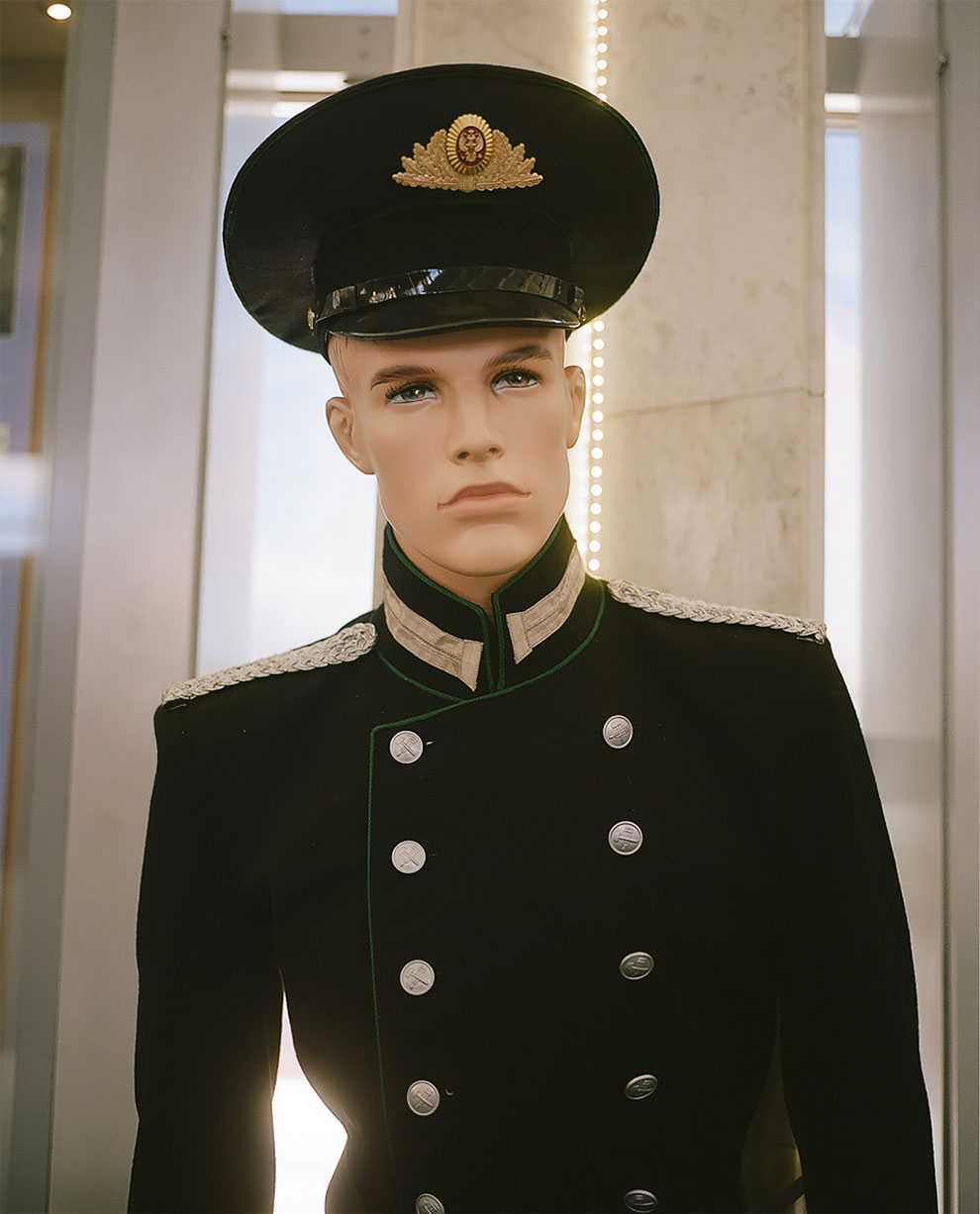 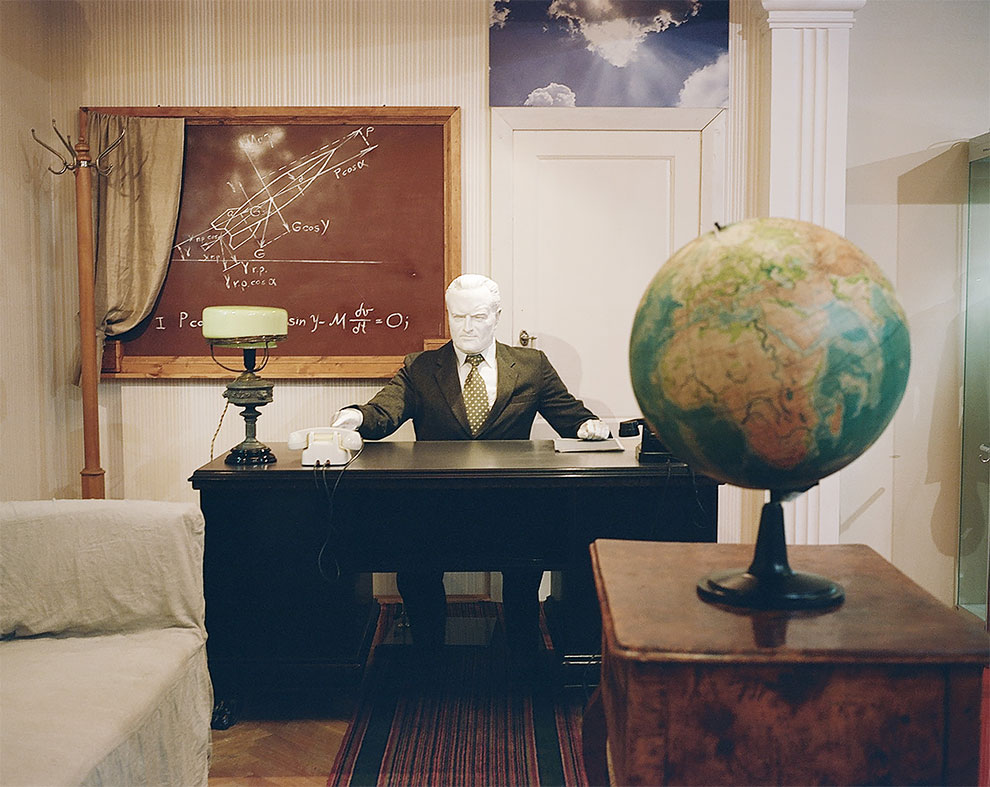 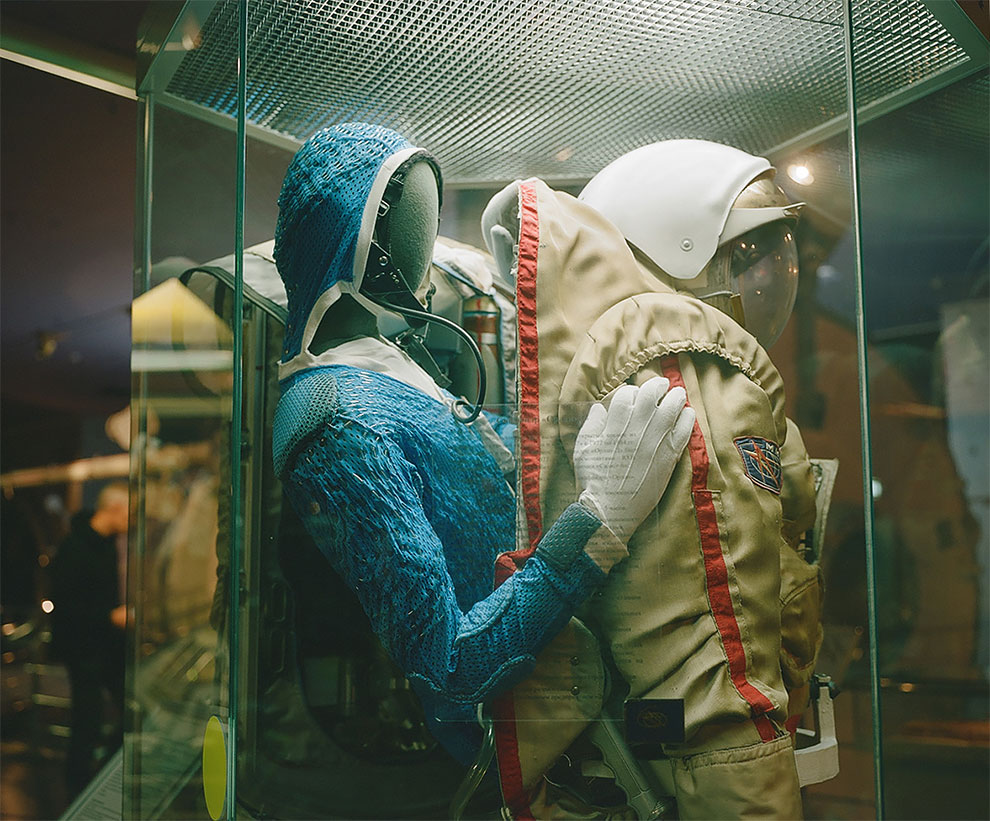 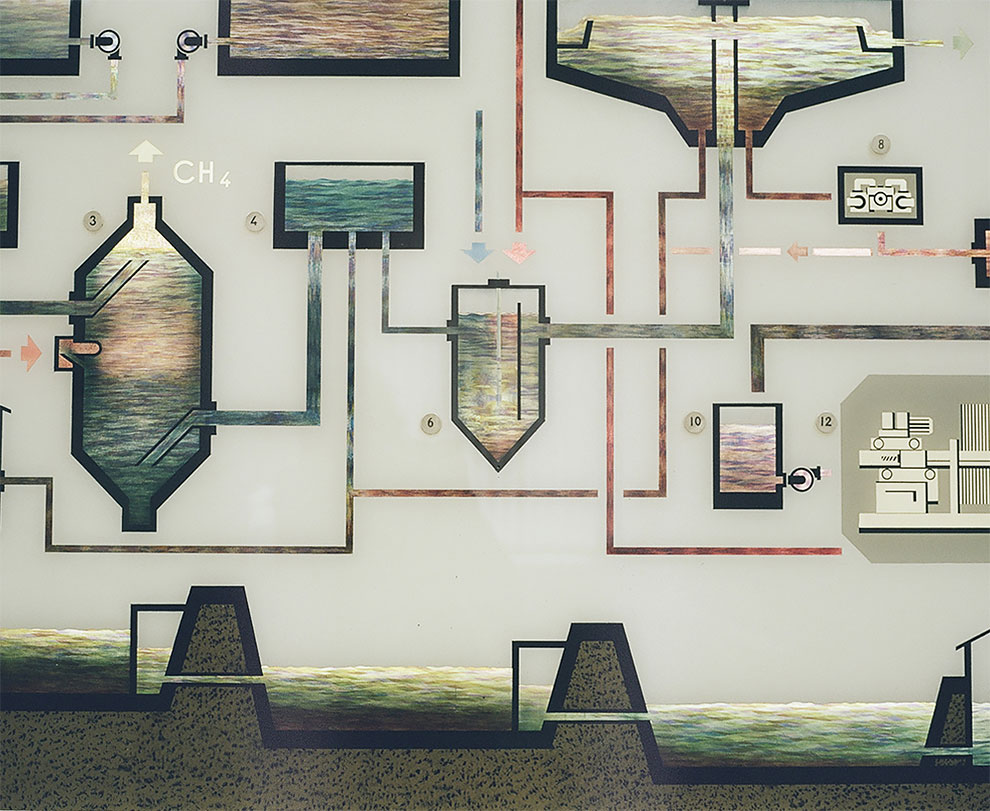 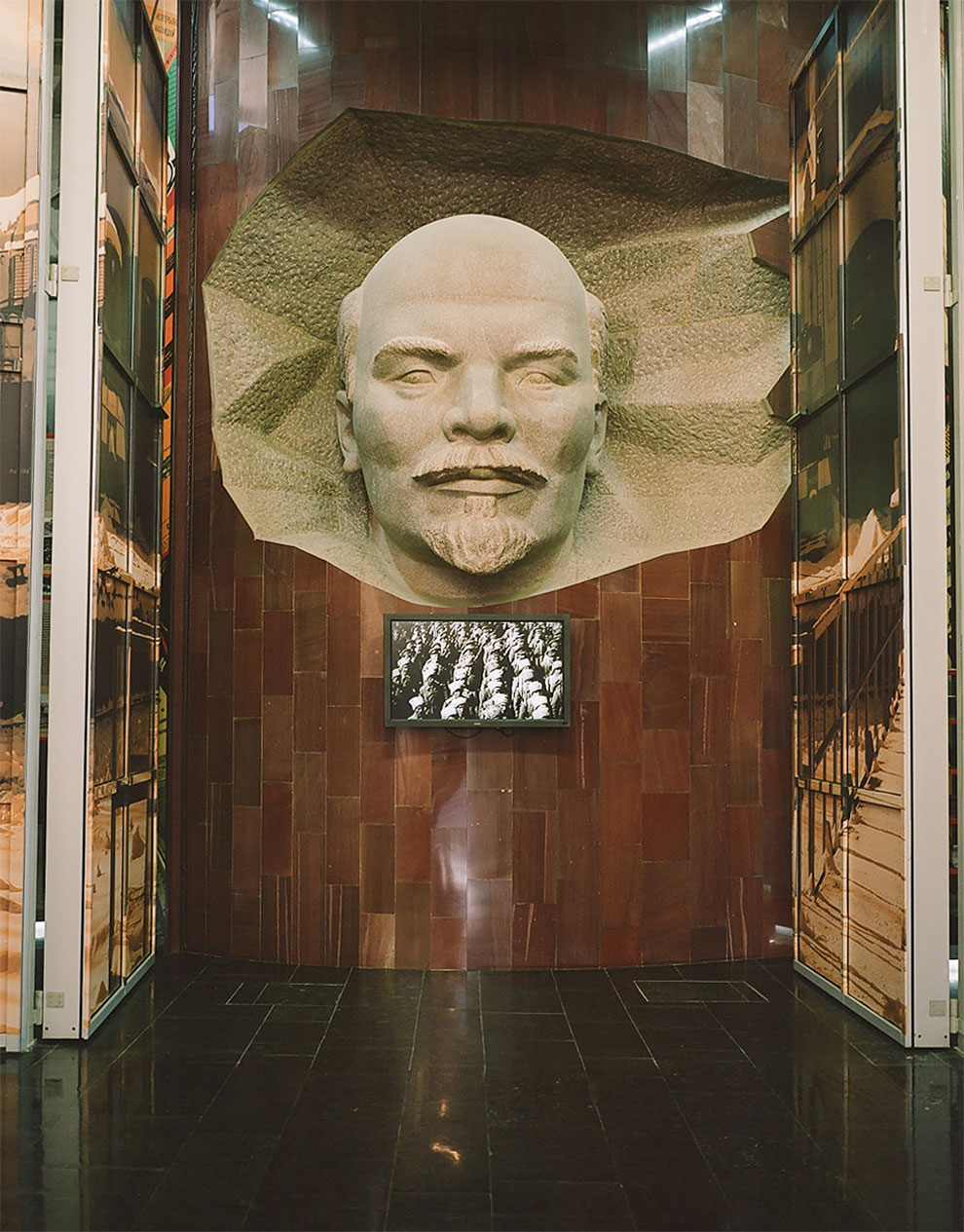 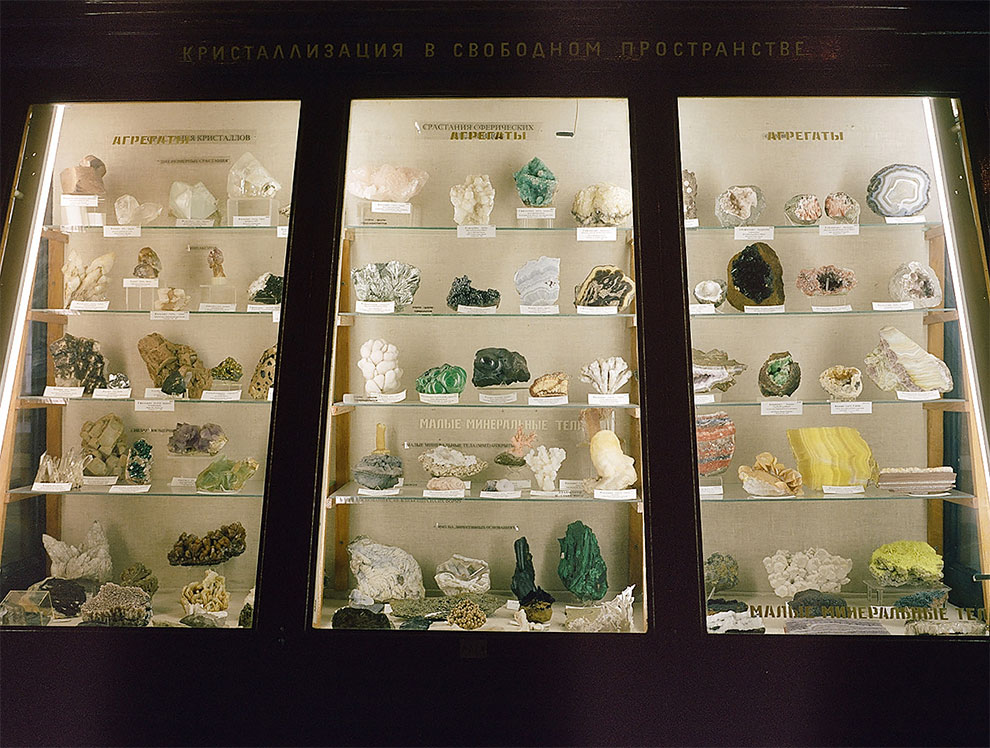 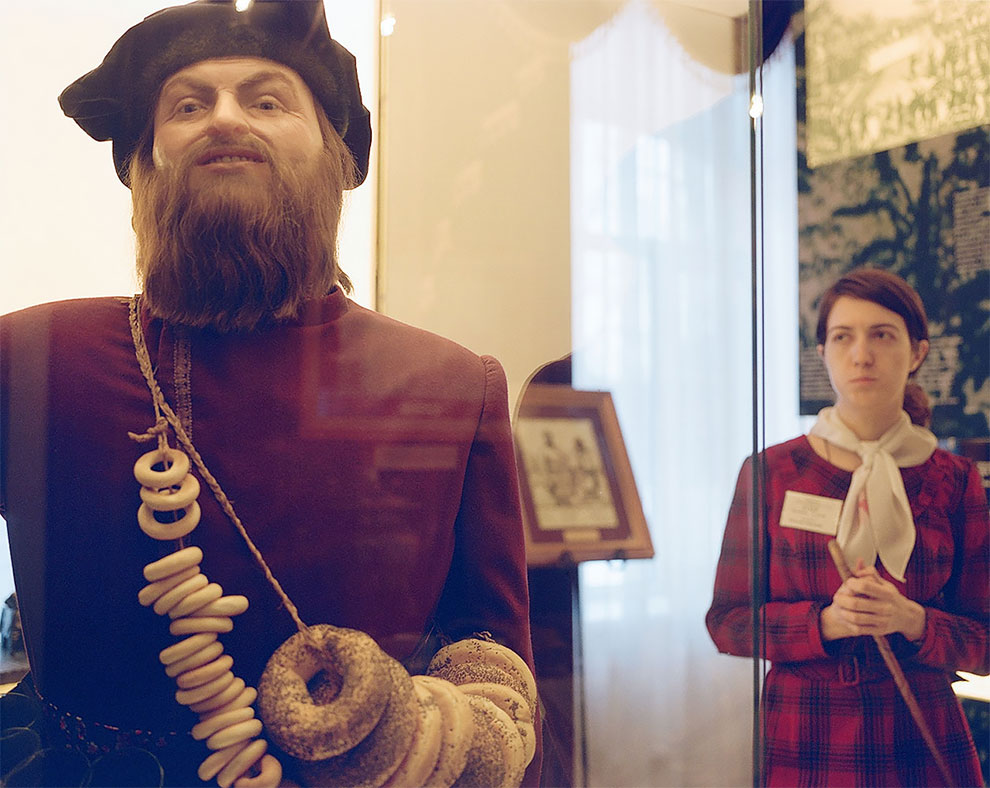 Vish Maradia Photographed Herself To Portray Anxiety With The Help Of Photo Manipulation
An Artist Confronts Depression with The Help of Photography
Philip Kanwischer Creates Surrealist Artworks To Show The Complex Relationship Between Wildlife And Humans
A Small Town In Siberia Keeps It's Own Secrets At Night In Surreal Photographs By Vlad Tretiak
Underwater Photographer Jordi Benitez Castells Captures Jellyfish Off Spanish Coast
This Carpet-Covered Lada Is the Most Soviet-Era Car Ever Made
Photographer Captures Beautiful Polish Folklore Costumes In A Painting-Like Style
"Memoirs Of The Geisha" - A Look Back At The Traditional Japanese Female Entertainers
Spectacular Winning Images from The Aerial Photography Awards 2020
Manchester Girls: Photographs That Celebrate Northern Women, Their Strength And Their Style
The Adventures Moody Groot: A LEGO Photo Series
The Most Awkward Family Christmas Photos Ever
Amphibious Folding Motorcycle From Russia Fits In The Trunk Of A Car
Goofy Photos Of World War I Soldiers Posing With Fake Military Props
Beautiful Color Pictures Of Venice From The 1890s
Dystopian Streets Of Seattle In Gloomy Photographs By Tek
Photographer Insuh Yoon
Spectacular Winning Images from The Nikon Small World Photomicrography Contest 2020
Recent Entries For The Comedy Wildlife Photography Awards 2017
"A Magnificent Sculptures By Nature": Otherworldly 'Earth Pyramids' Captured In The Foggy Early Morning Light By Photographer Kilian Schönberger
Photographer Spent 10 Years Photographing The Romanian Countryside Which Looks Like A Fairy Tale
1 Lighthouse, 365 Clicks
These Images Give A Rare Insight Into The Life Of A 19th Century Indian Maharajah
Here Are The 30 Best Photos That NASA’s Curiosity Has Taken After 7 Years On Mars
Lily Idov, museums, russia