Four Girls Have Been Taking Their Group Photos For 7 Years 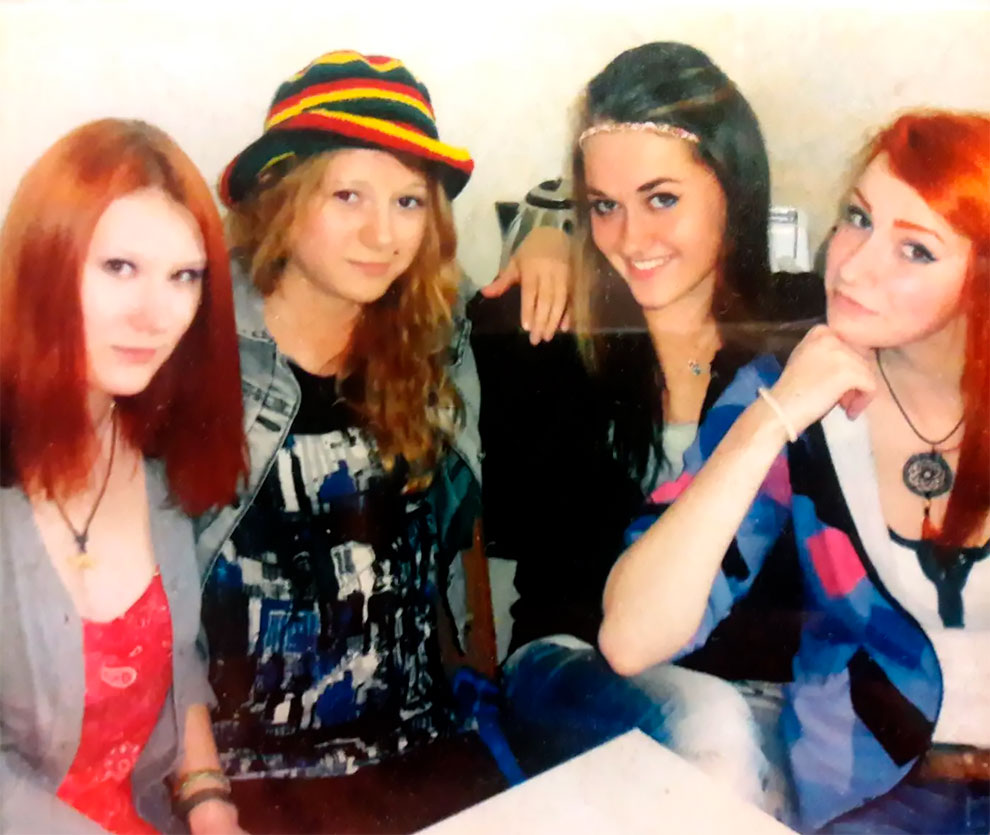 Four Russian girls, beginning with 2012, have been making their group photos and got them framed. One of them published the photos recently and received a lot of comments from other users. They have been friends since childhood. 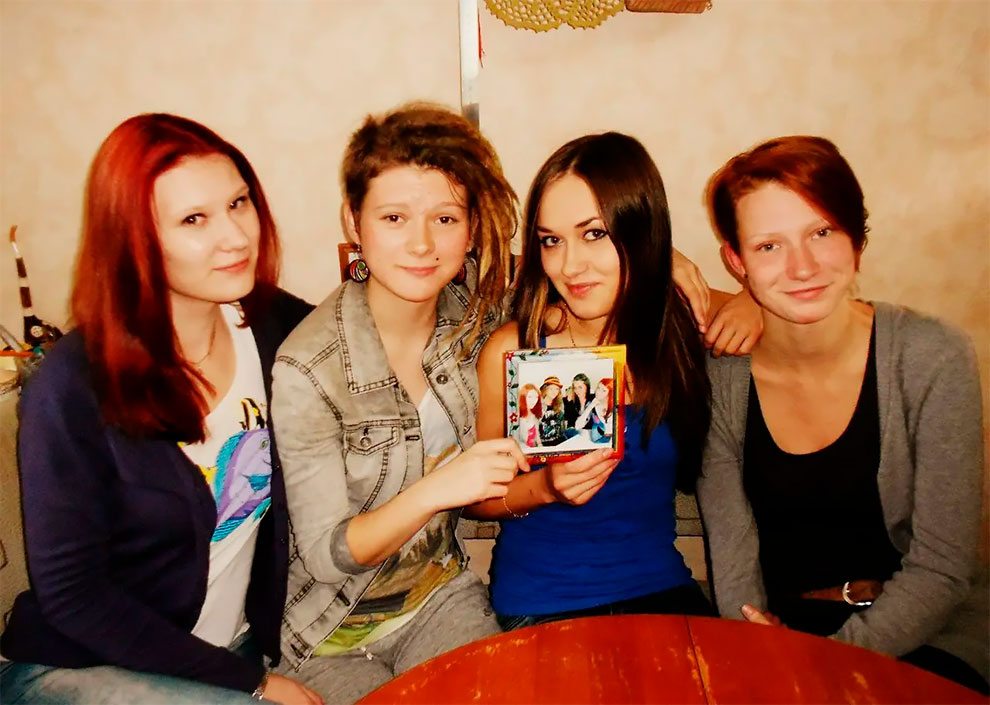 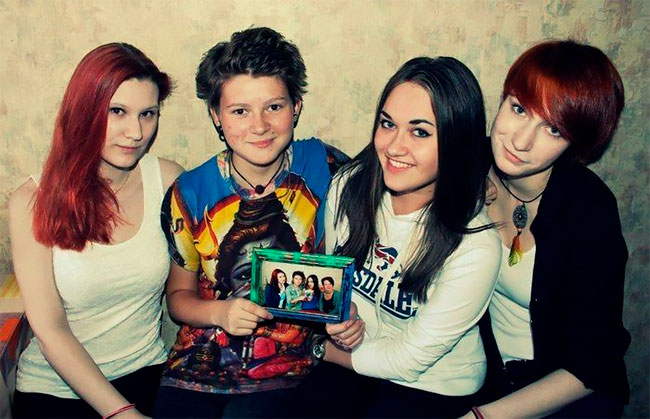 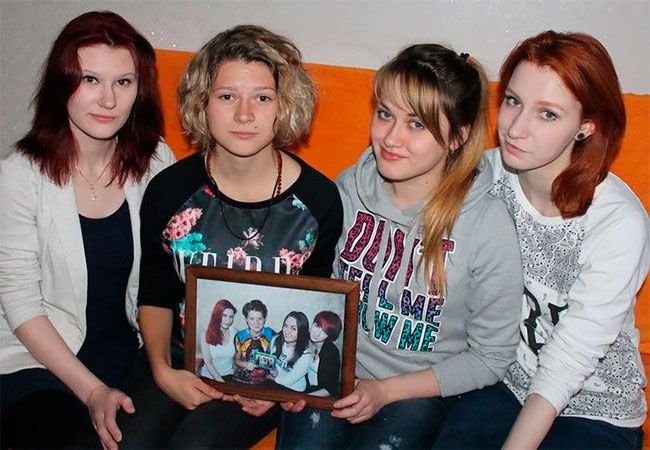 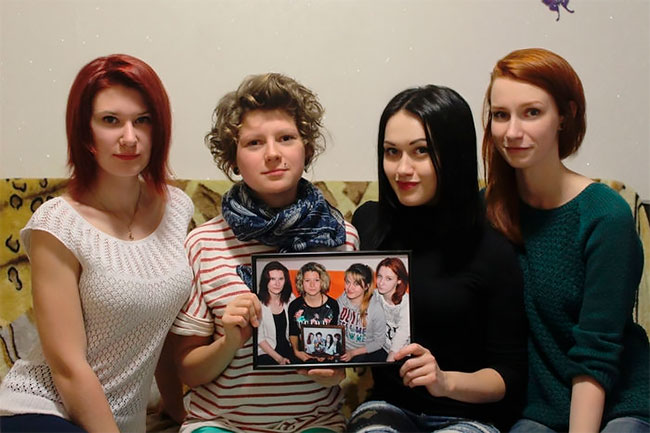 This photo, 2017, was taken on the wedding day of one of the girls. 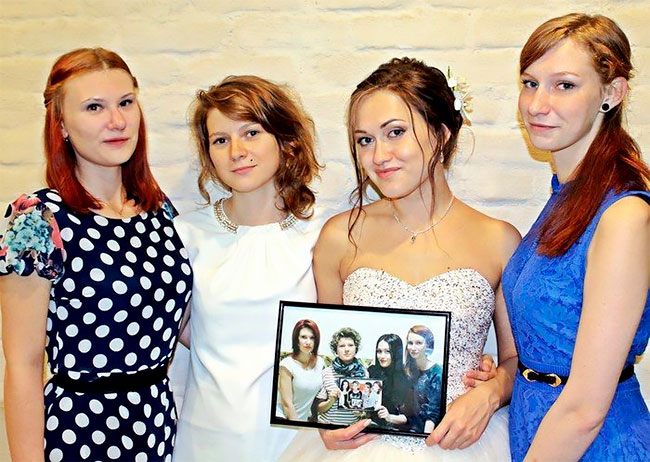 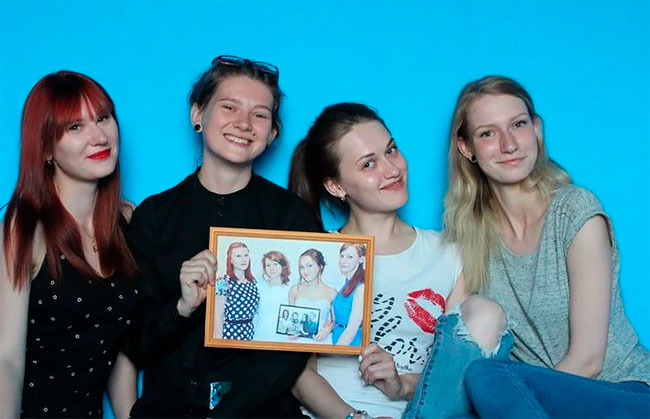 They take several shots and choose the best – the most emotional. 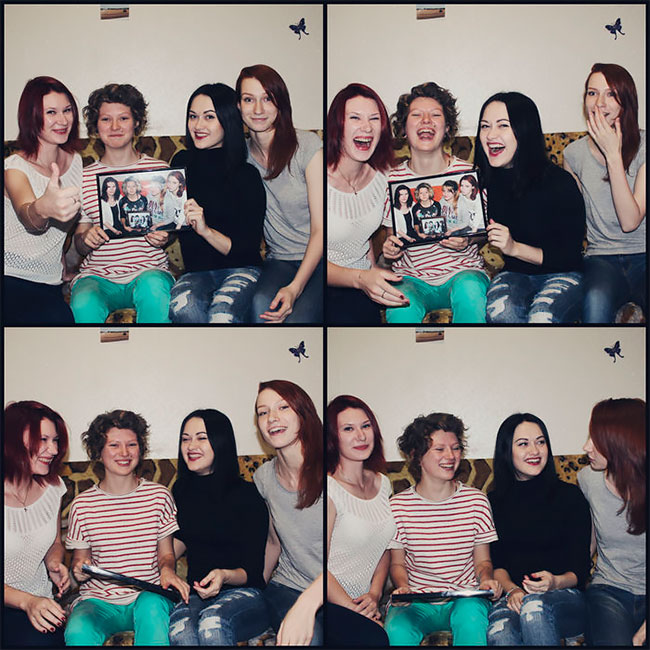 Such a cute photo story! 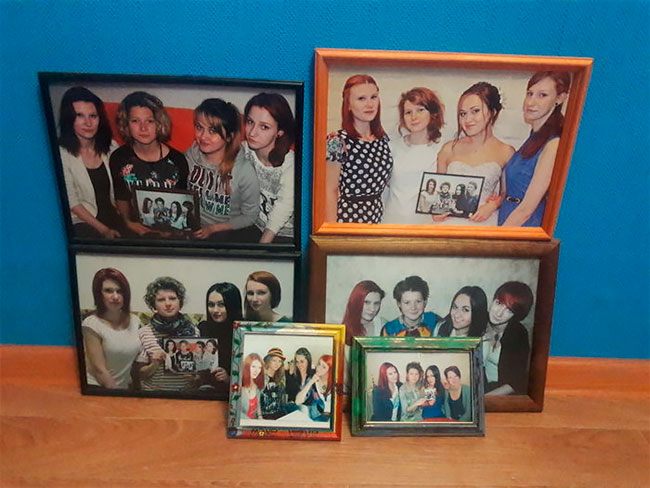 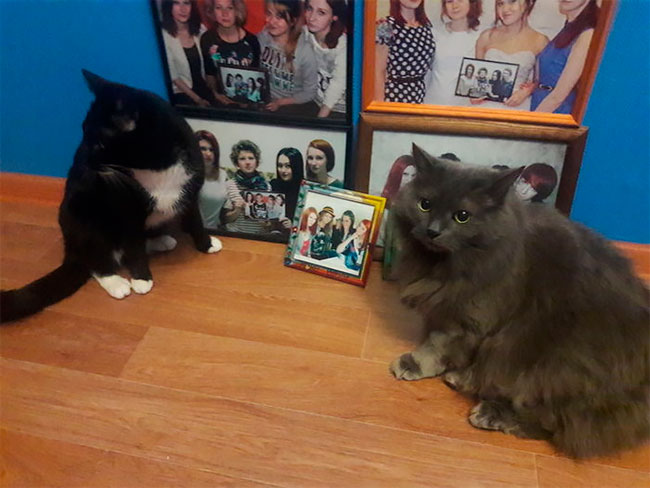 Awesome Moody Lifestyle Portrait Photography By Mark Singerman
Explore Neon-Lit, Cyberpunk Moscow Suburbs With This Bladerunner-Inspired Photographer
Photographer Łukasz Zagraba Captured Amazing Old Car Cemetery In Poland
Photographer Matthew Abbott Documents Australia’s Bushfire Crisis In Terrifying Pictures
Miracle Black & White Photos Of A Desolate And Deserted London From 1977
Silhouettes Around the World
Best Photos of Mountain Summit Contest 2011
Stuning Entries For The 2018 Nat Geo Travel Photographer Of The Year Contest
Stunning Portraits of Wild Animals by Brad Wilson
Great Portraits Of Ireland And The Irish At The Turn Of The 19th Century
Like Owner, Like Dog: Photographer Captured Dog Owners Mimicking Their Best Friends
Scottish Photographer Has Been Photographing Ginger People Around The World For 7 Years, Here Are His 15 Best Pics
Terrific Images Reveal The Vulnerable Beauty Of Abandoned Cars That Have Been Left To Rust Over The Years
Spectacular Winning Photos of the 2021 Underwater Photographer of the Year Contest
Mugshots of Сhild Сriminals of Edwardian Britain, 1900-1910
Gorgeous Beauty And Lifestyle Female Portraits By Nathan Lobato
"The Big Blue": Astonishing Underwater And Freediving Photography By John Kowitz
Marvelous Female Portraits By Jenna Kay
People Blend Themselves In With Vinyls
Falkland Islands: A Look at the Disputed Territory
Reuters Pictures of the Year 2014, Part 7
Femme Fatales: Mug Shots Of Female Criminals From Early 20th Century Australia
Wonderful Photos Capture The Beach Lives Of North Carolina In The Summer Of 1975
50 Winning Photos From The 2019’s Best Wedding Photo Contest
Photographer Continues Quest To Document The Diversity Of Beauty Around The World
40 Weeks and a Mirror: Mother Documents Her 9-Month Journey with Child Through Selfies
89-Year-Old Grandma Becomes a Beautifully Unexpected Bridesmaid
"It's Always Sunny In Philadelphia": Stunning Mid-Century Mugshots From The City Of Brotherly Love
“Workwears”: We Are Not Our Jobs, A Photo Project By Bruno Fert
Amazing Pics From Kyoto "Bullet Tour" Show No Matter How Tight Your Schedule, You Should Go
girls, group, photo, russia, series