The Making of a Coca-Cola Neon Sign for Piccadilly Circus, 1954 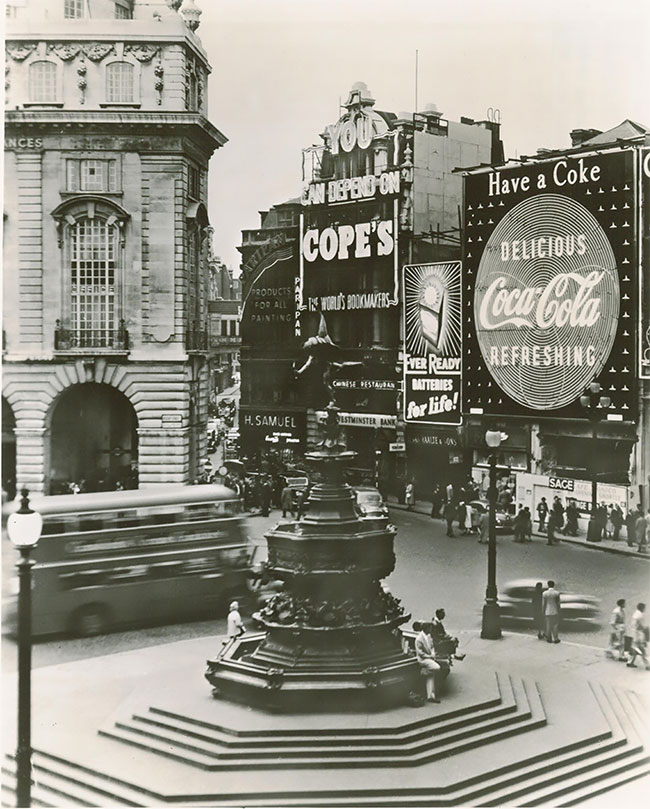 The area began as a link between Piccadilly and Regent Street and when the tube was opened at Piccadilly Circus in 1906, Perrier became the first advertiser in 1908. 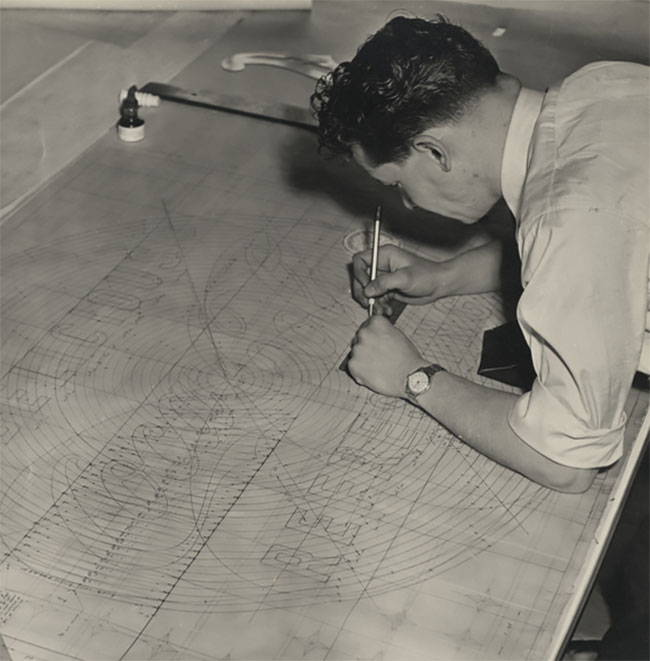 Many other signs soon appeared and visitors were awed by displays from Wrigley’s Chewing Gum, Gordon’s Gin, Army Club Cigarettes, Schweppes Tonic Water, and of course, Coca‑Cola. More than 50 brands have advertised in Piccadilly Circus, with Coca‑Cola the longest standing. 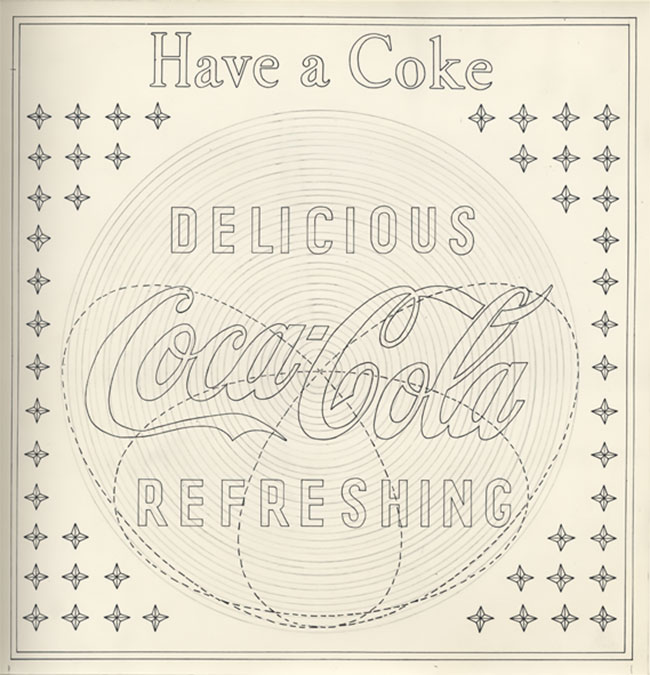 The building and installation of the sign is chronicled in a photo album held in The Coca‑Cola Archives. Leather bound and simply titled, The Piccadilly Sign, the black and white images within tell the story of the workers who made it from draft board to dramatic finished product. 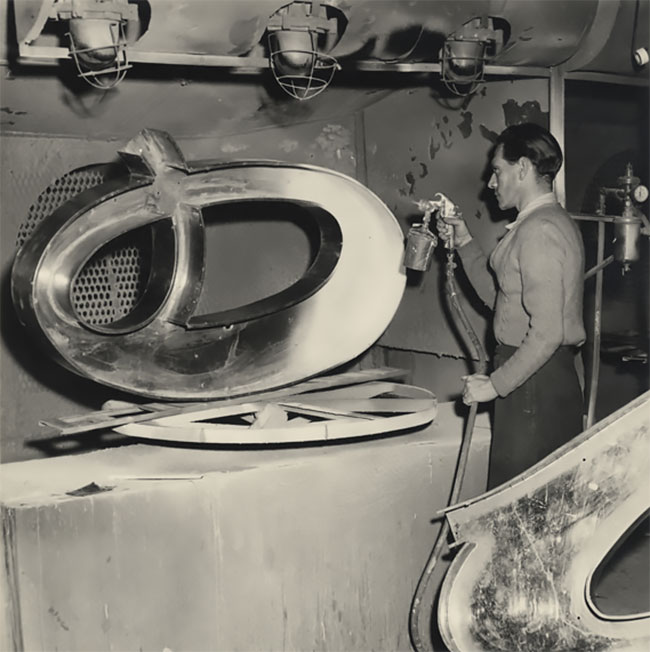 Photos show sheet metal being cut, workers painting the metal and installing the neon tubing. On site, scaffolding rose into the air as workers installed the sign in large sections until the final piece was placed and the sign was lit. 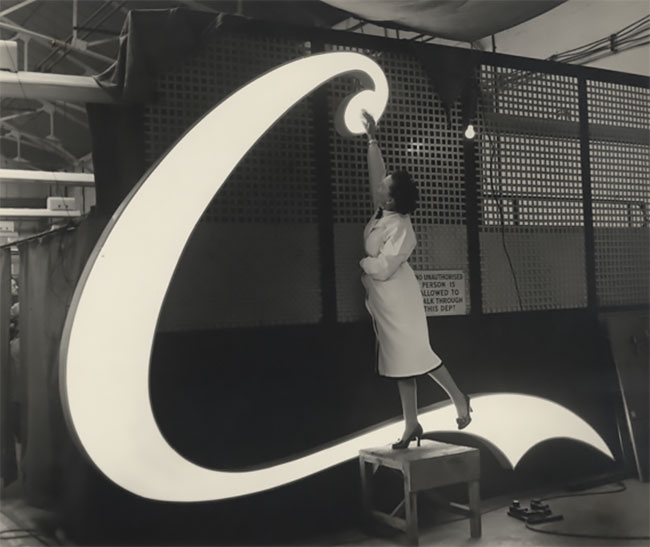 “If we, in presenting Coca-Cola to our consumers, are content to do ordinary things, in an ordinary way, we must of necessity be content to become and remain, an ordinary product.” – Delony Sledge, Coca-Cola’s Advertising Director 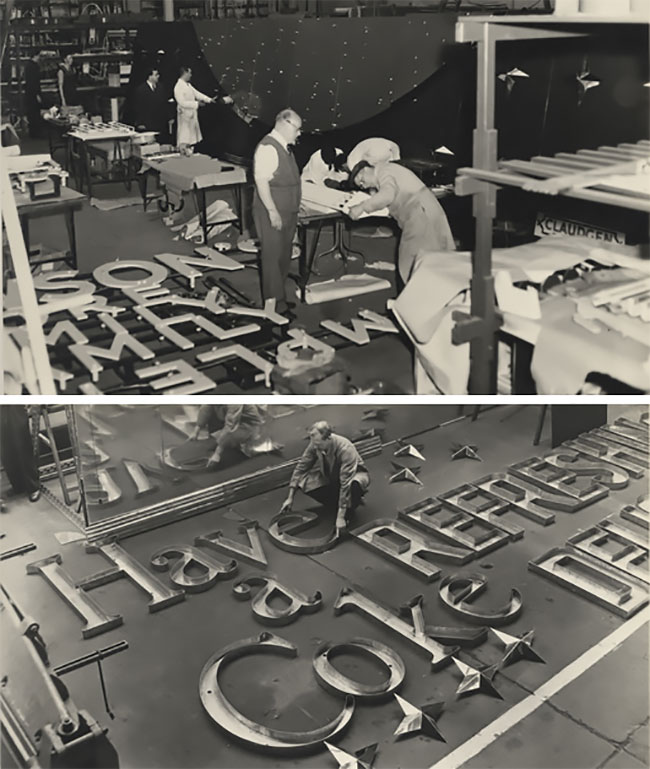 The Piccadilly Sign has been switched off on only a few occasions during peacetime: at the deaths of Princess Diana and Winston Churchill; and to raise awareness of climate change in partnership with WWF’s Earth Hour – where illuminated landmarks around the world are turned off for one hour. 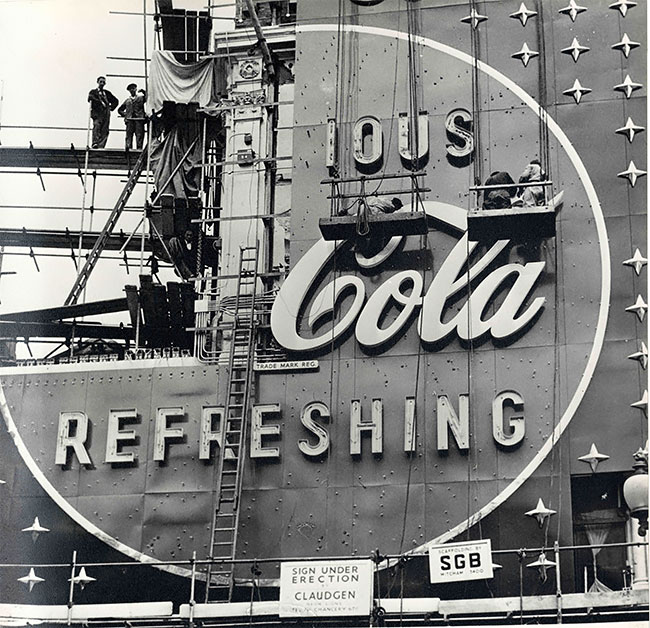 More than 60 years have passed since the original Coca‑Cola sign was revealed in Piccadilly Circus. This new modern sign is again lighting up the sky at the crossroads of one of the most famous advertising spots in the world. 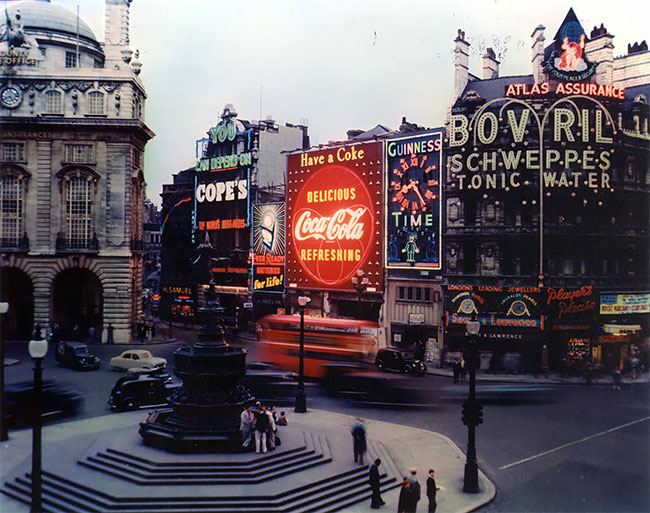