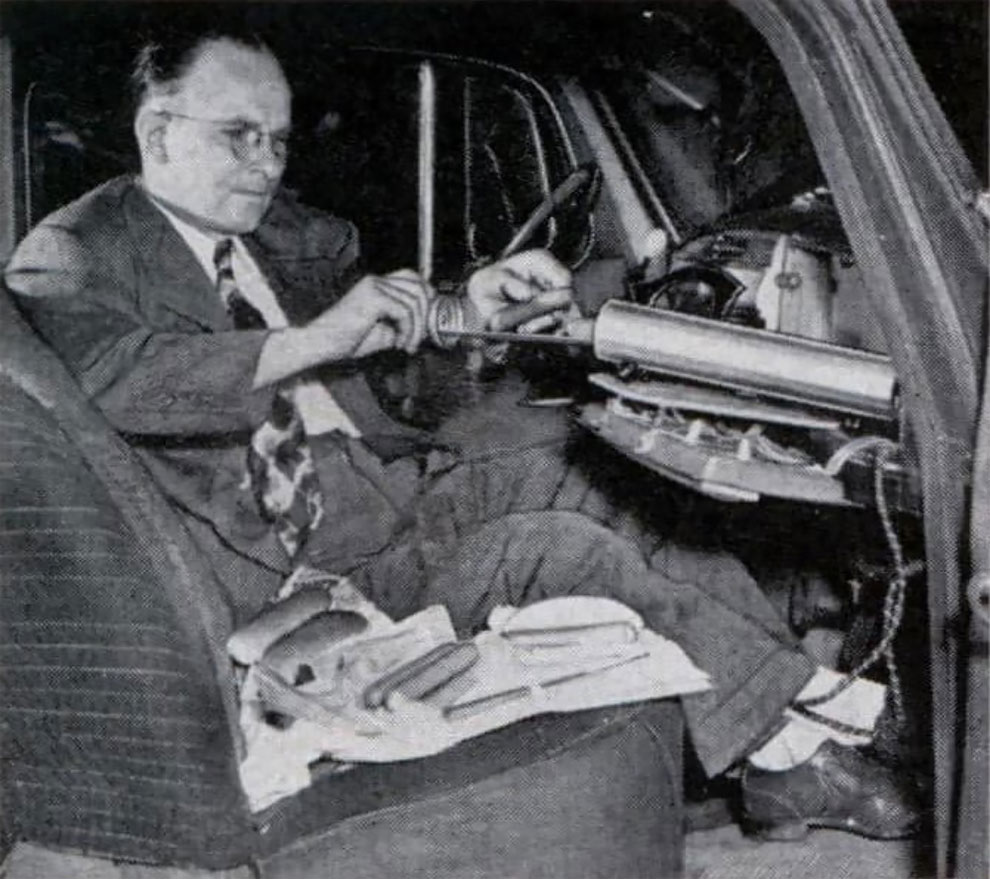 Want a hot dog on the road? Just plug this heater into your car’s electrical system. This 12 volt electric cooker could cook two wieners at the same time in three to five minutes in your car! 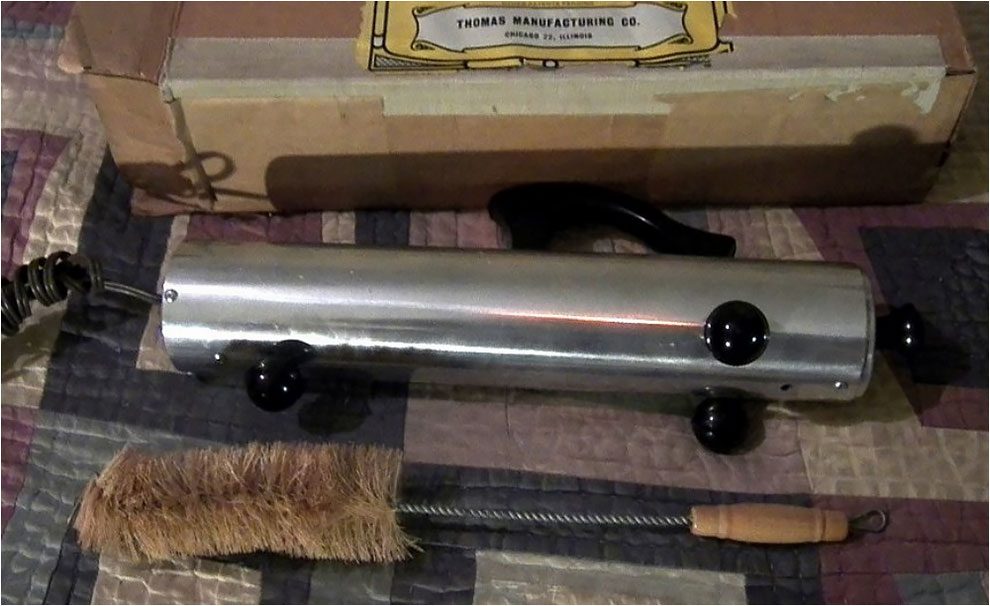 It was called the Hot Dog Siezzler and was made by the Thomas Manufacturing Co., of Chicago sometime in the 1950s while drive-in’s were around. This was thought up has an alternative to what they saw has an expensive meal at a White Castle or McDonalds or even Carols. It only makes sense because after all who wouldn’t rather have a hot dog instead of a hamburger? 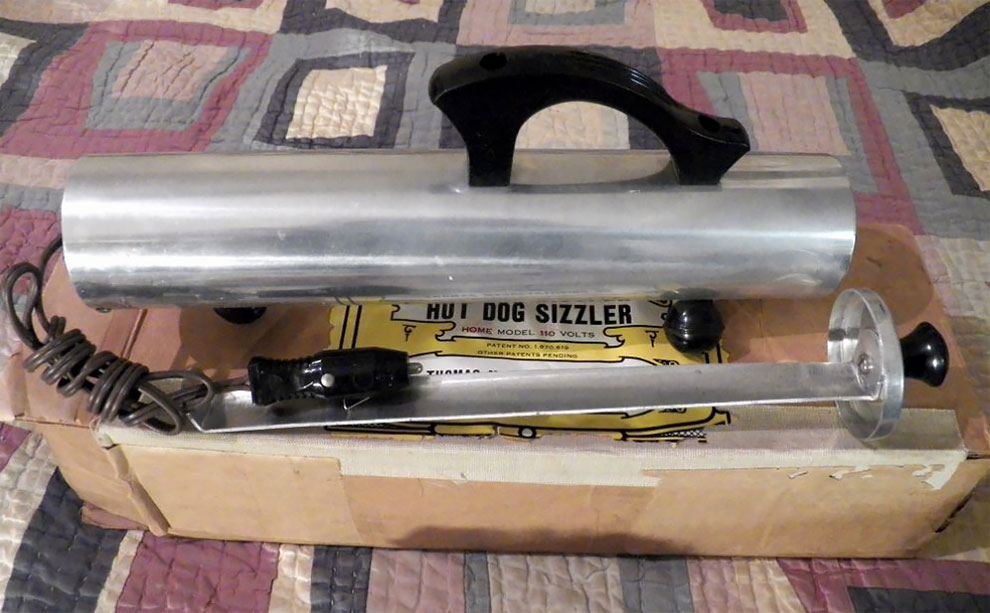