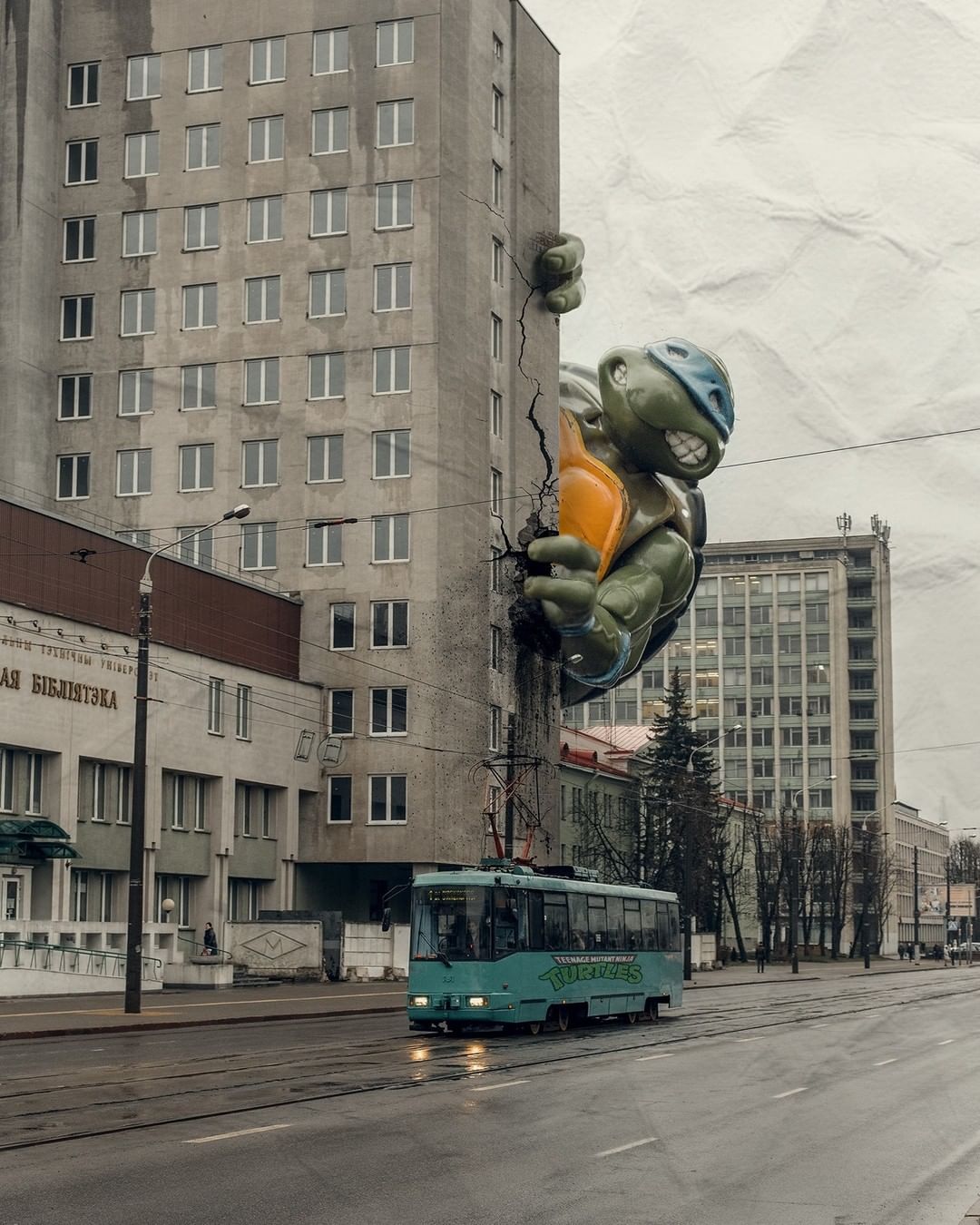 Graph Kalligraph, a designer and artist from Minsk, launched an unnamed project. He placed a huge toy of Leonardo from “Teenage Mutant Ninja Turtles” in the landscape of the Belarusian capital. 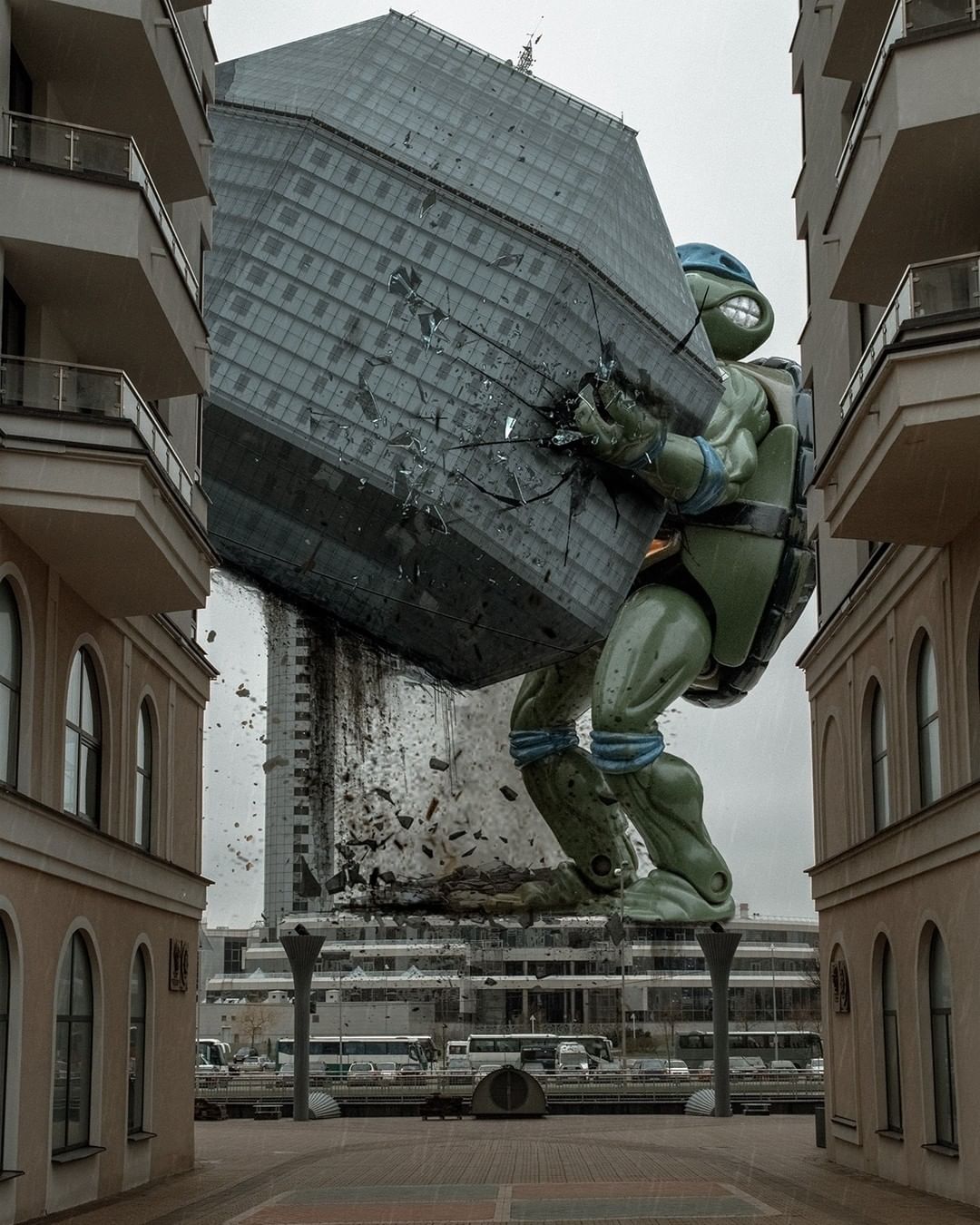 “Ninja Turtles are just a toy from my childhood. In the 90s, as an ordinary boy from a small village on the outskirts of Belarus, I received these turtles as a gift from my older brother. He brought them from Ireland, where he went to support families affected by the Chernobyl accident. In our toy collection at the time it was something completely unbelievable, my best friend would come running to us every day just waiting to touch the turtles, which disassemble and assemble from ordinary turtles into ninjas,” he said. 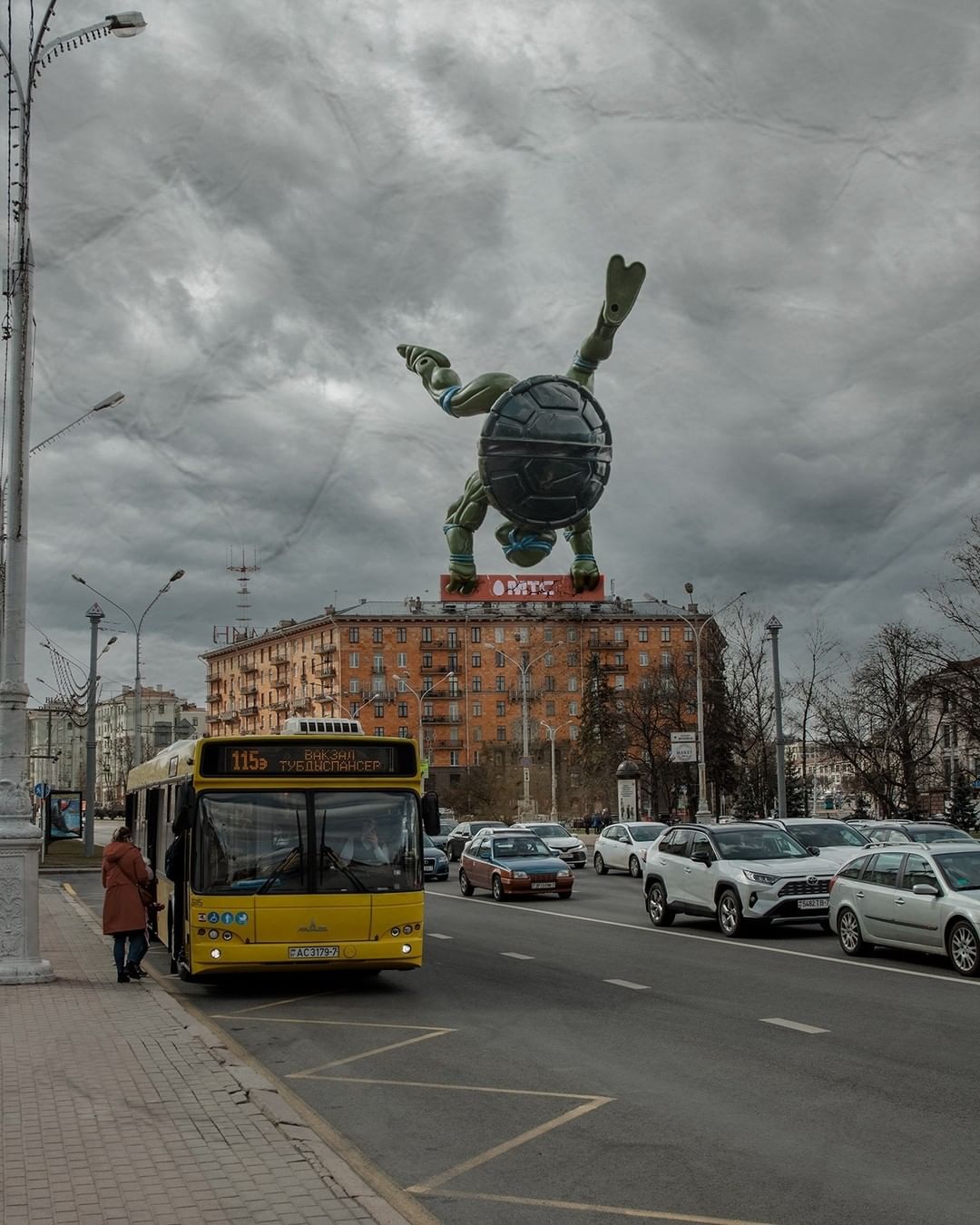 “And now I’m in Minsk, and I’m no longer a child, but still in the same defenseless position. I want a superhero to come and solve all problems for you, to be friends with you, and to protect you. Everyone has their own hero from childhood, it’s just that my character is Leonardo. He doesn’t know anything about the political situation or the mood of the electorate, but he invariably triumphs over evil, and what more does a child need?” 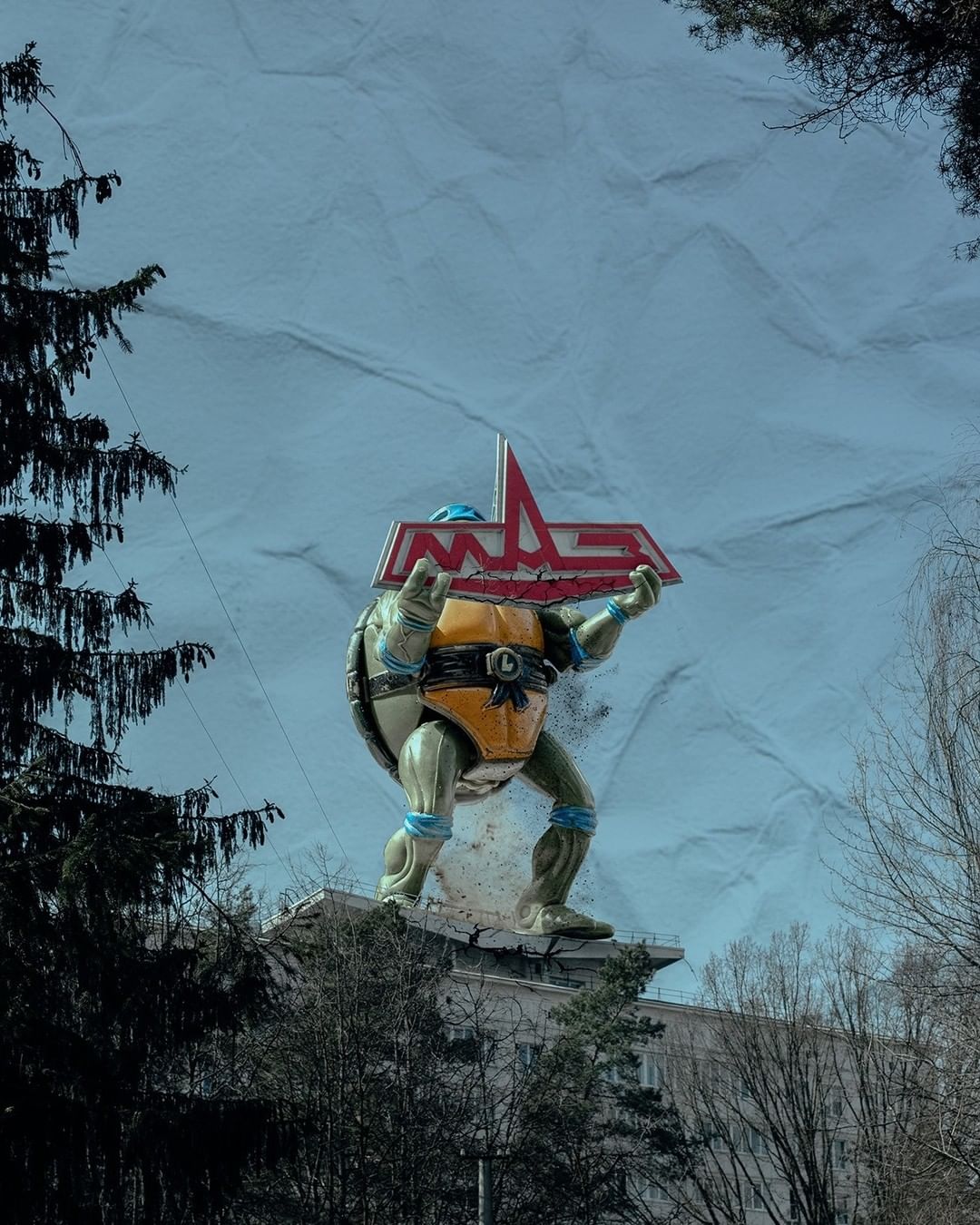 “Why it fits so well in the landscape of not only Minsk, but also our perception: we all grew up on the “Ninja Turtles”, and the response it gets just the audience of 25-35 years, which is now the most active.” 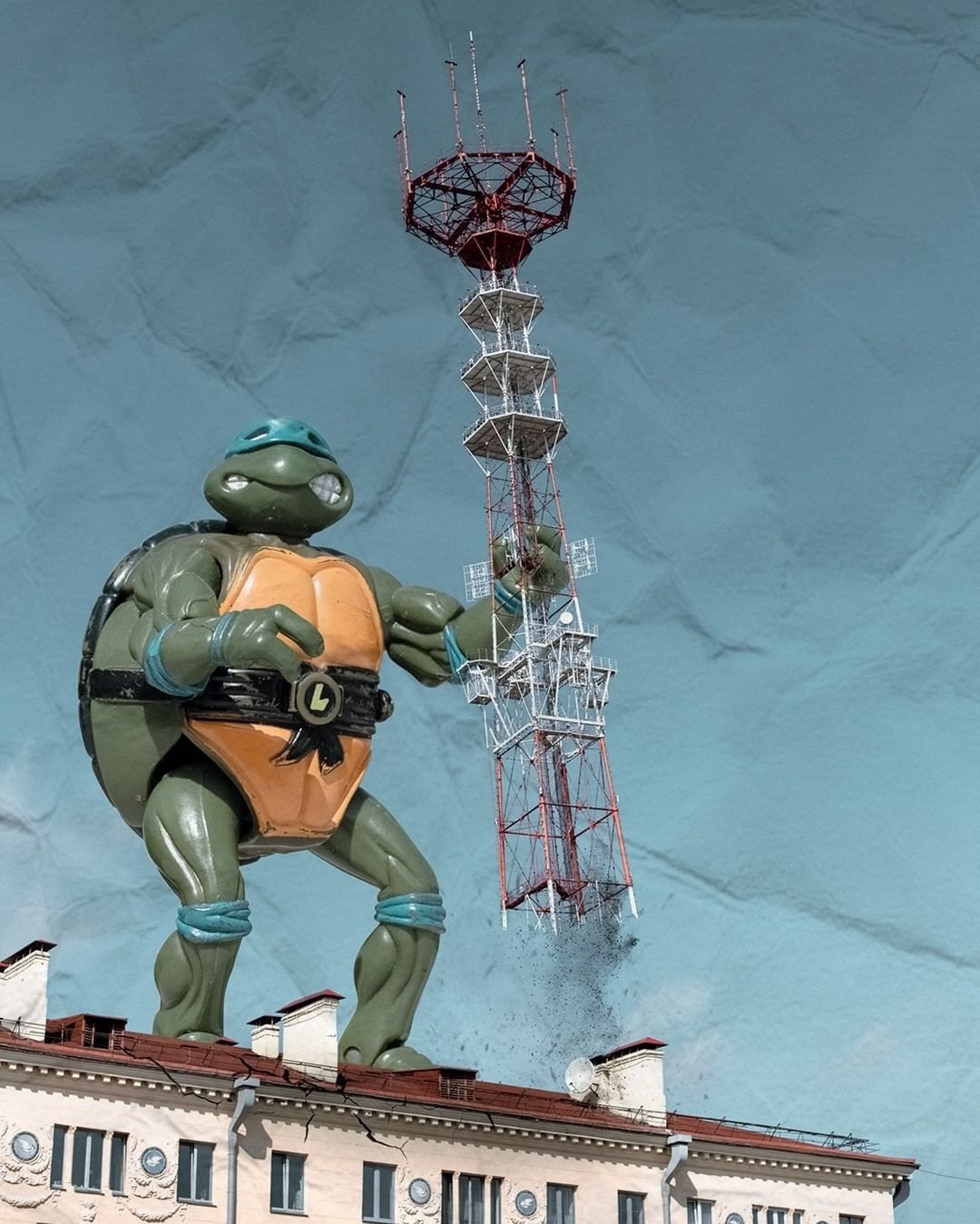 “It is interesting how, in today’s context, it has become completely unclear whether he is a good character or a bad one. Because so far Leonardo breaks and builds everything with ease and just observes, not knowing what to do next. I purposely do not bring any description under my works. As a result, Leonardo has become a symbol of both good and evil at the same time: is the turtle a system that deals with self-destruction, or a proponent of change who must tear down everything old in order to build a new one? Is she breaking things down or rebuilding things? Is she for us or against us? The fictional character in the surreal illustration divides people, which shows the chaos, fear, and deformation of thinking in our heads.” 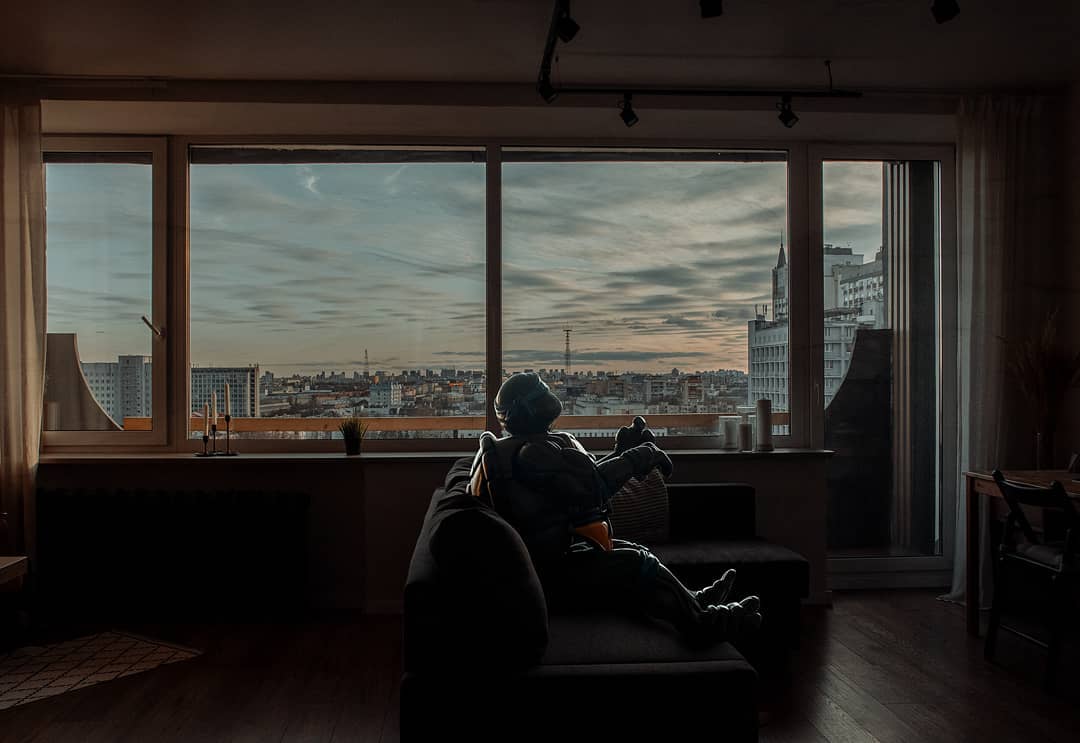 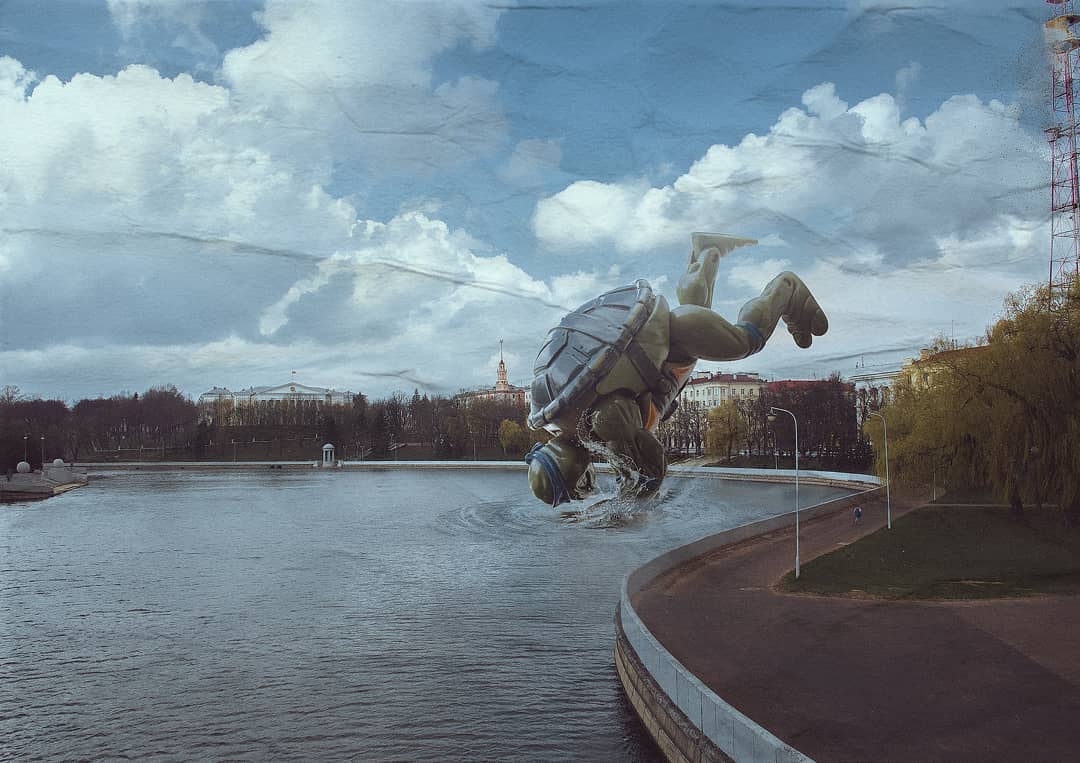 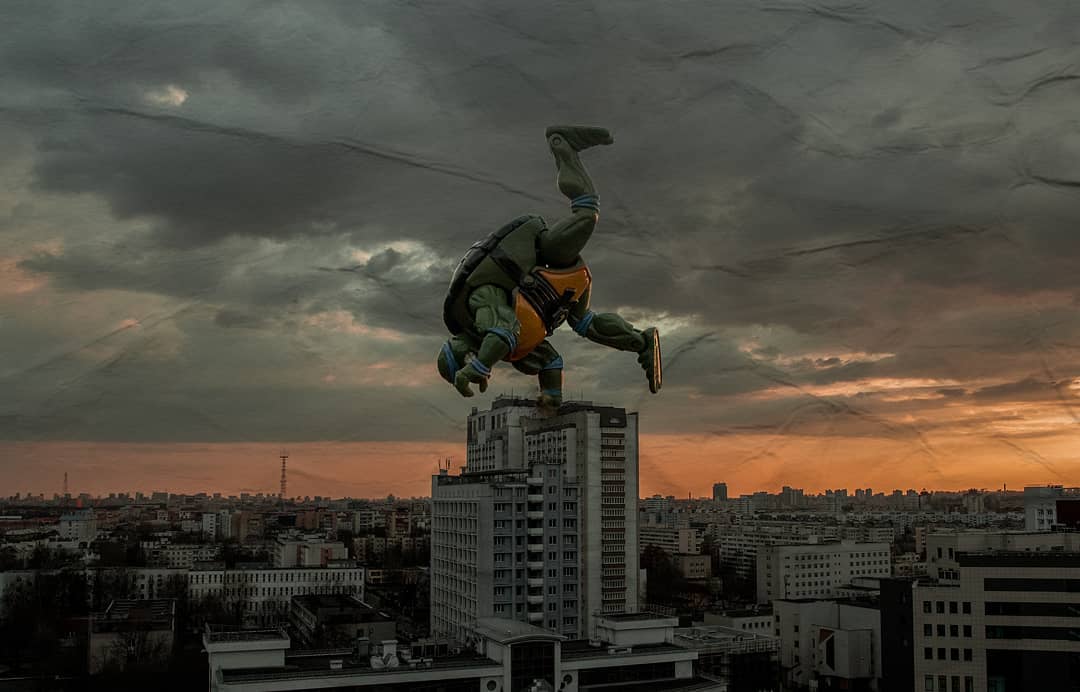 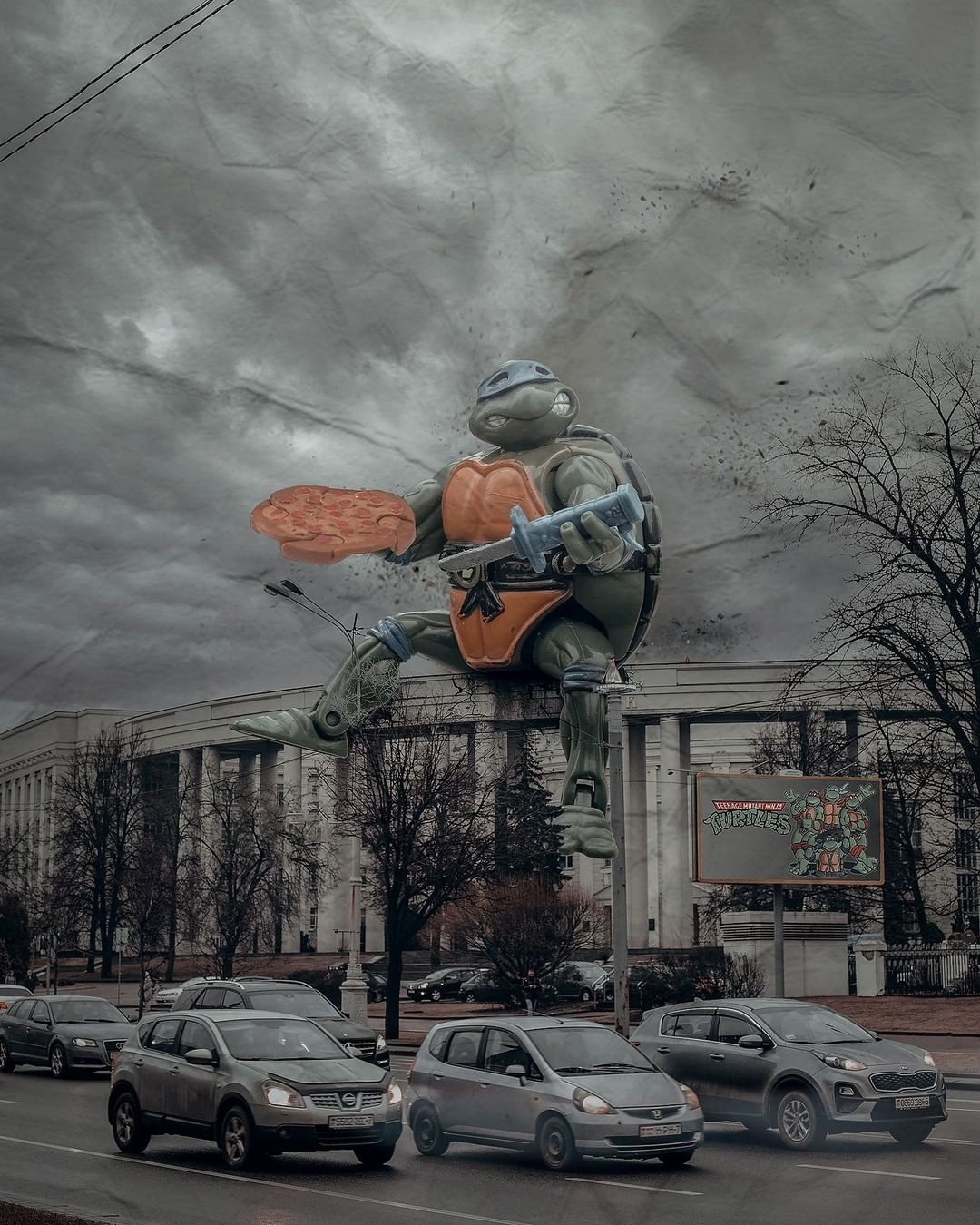 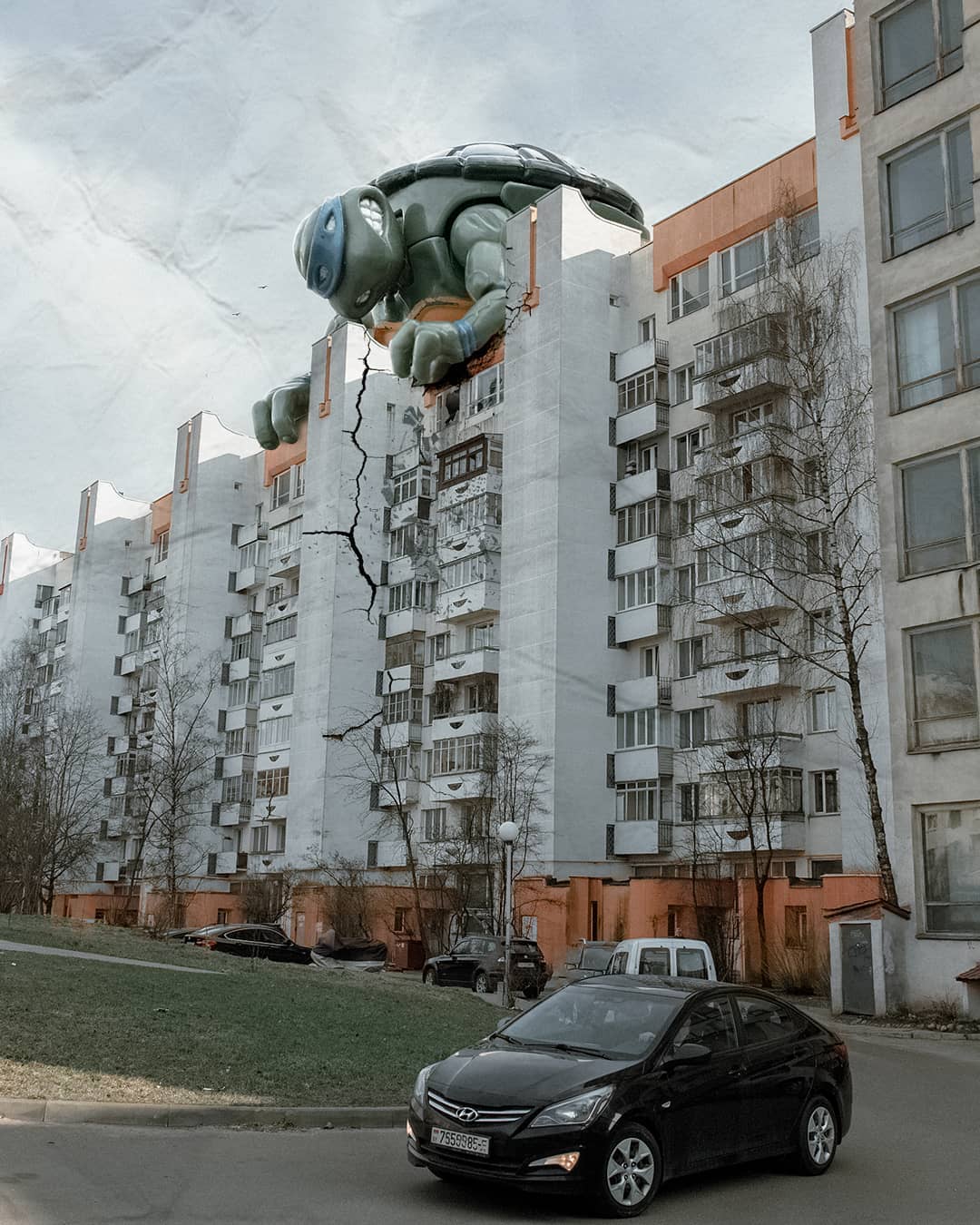 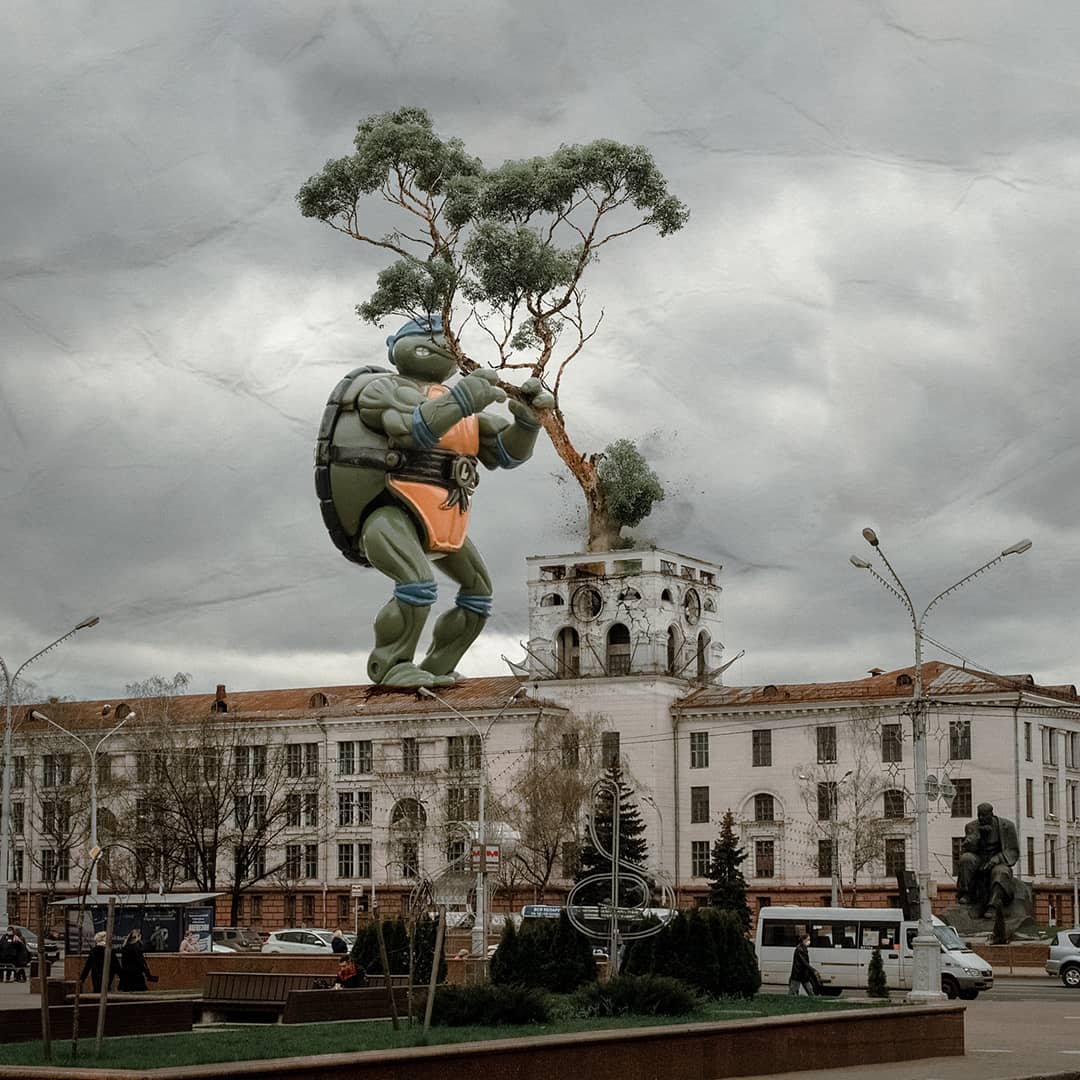 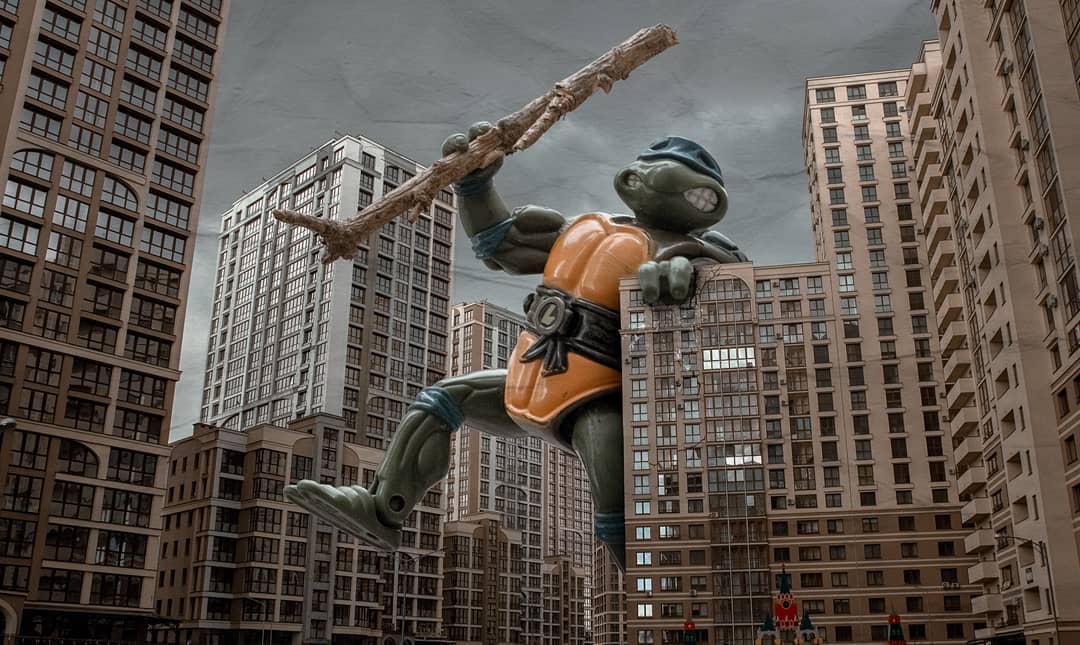 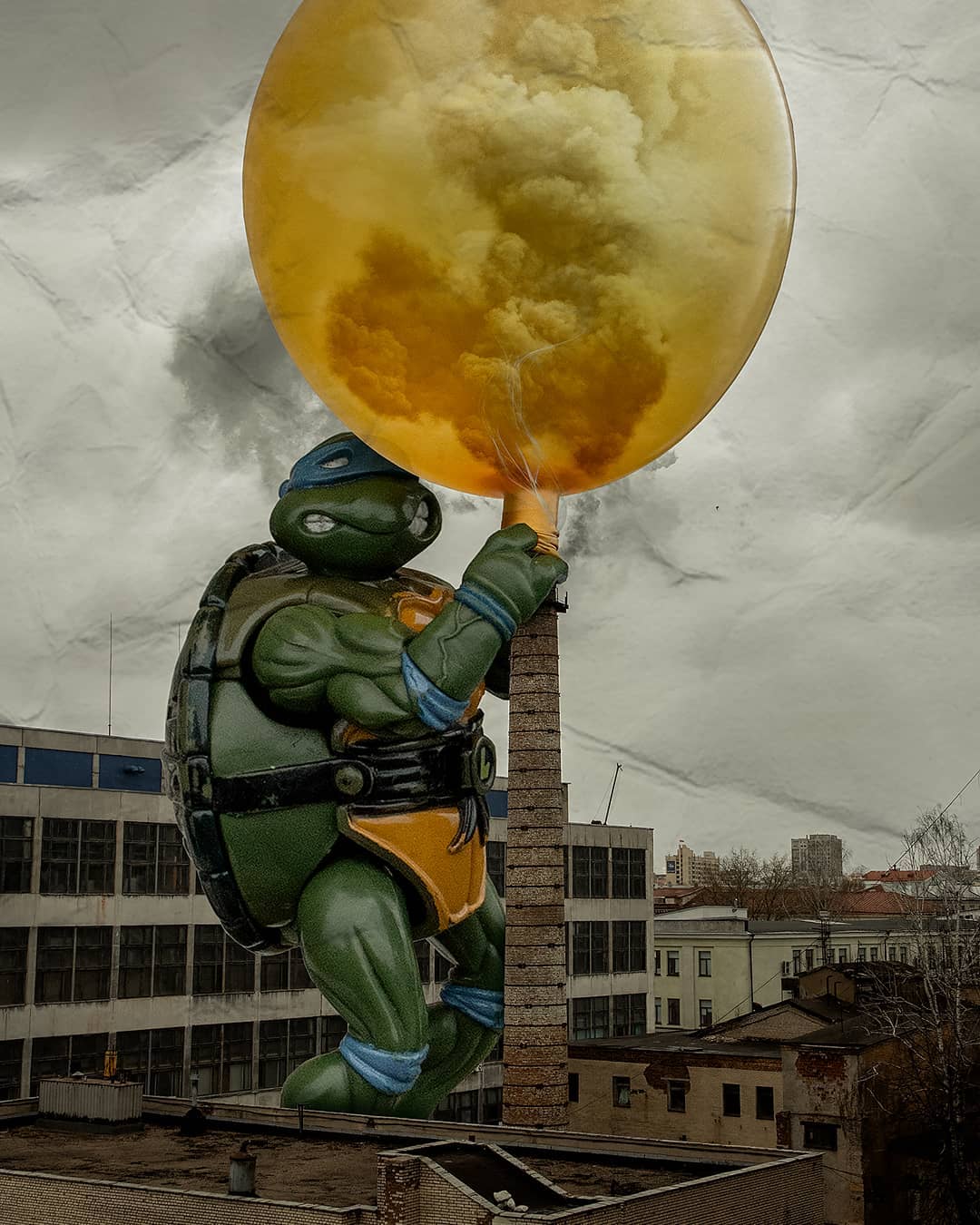