“Compliments of Chicago”: Gang Business Cards from the 1970s and 1980s 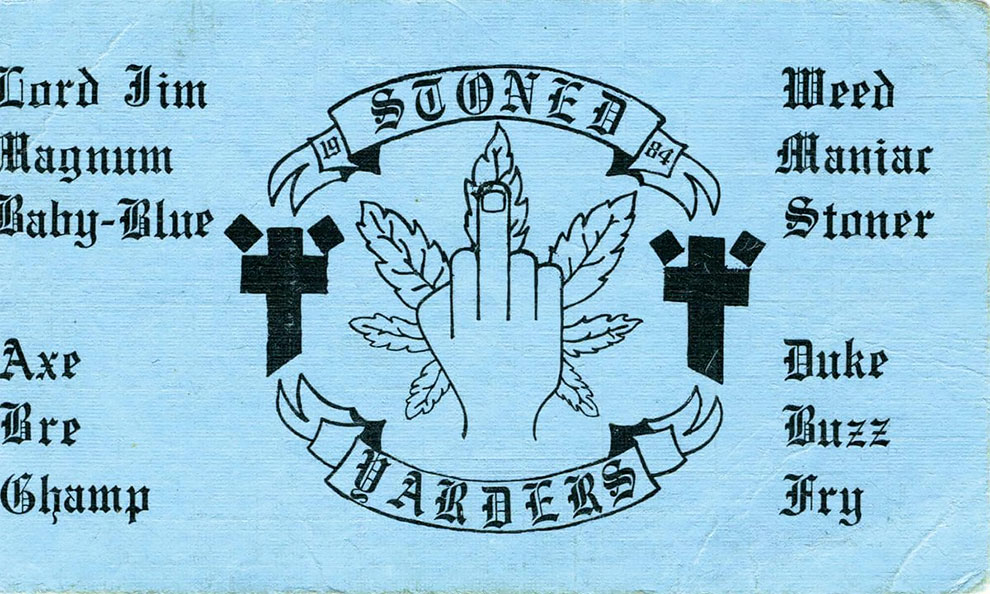 In the 1970s and 1980s, gangs in Chicago advertised their presence and membership on business cards. This was criminality with a dash of style and wit. Meet the Almighty Playboys, the Royal Capris, The Almighty Hells Devils and the Almighty Playboys. Or rather, you’ve been met by them, their signature calling card tucked into their victim’s pocket.

Brandon Johnson has compiled gang cards many from his collection into a book Thee Almighty & Insane: Chicago Gang Business Cards From the 1960s & 1970s.

“Back due to popular demand, another volume — Thee Almighty & Insane: Chicago Gang Business Cards from the 1960s & 1970s. Same format, but with all new content including a selection of older and rarer Chicago gang compliment cards from the North and West Sides made during the 1960s & (mostly) 1970s. This book documents a collection of historical ephemera from a period of time in which city-orchestrated displacement, the loss of industry, and racial antagonism created socioeconomic conditions that led to the formation and expansion of gangs in the streets, parks, and schools of Chicago. Once again, 70+ enlarged reproductions of original compliment cards listing members, territories, slogans, and declarations of loyalty/animosity, are brought to the forefront for examination and interpretation.”

Akso, check previous post illustrated business cards of the real street gangs from all around the world. 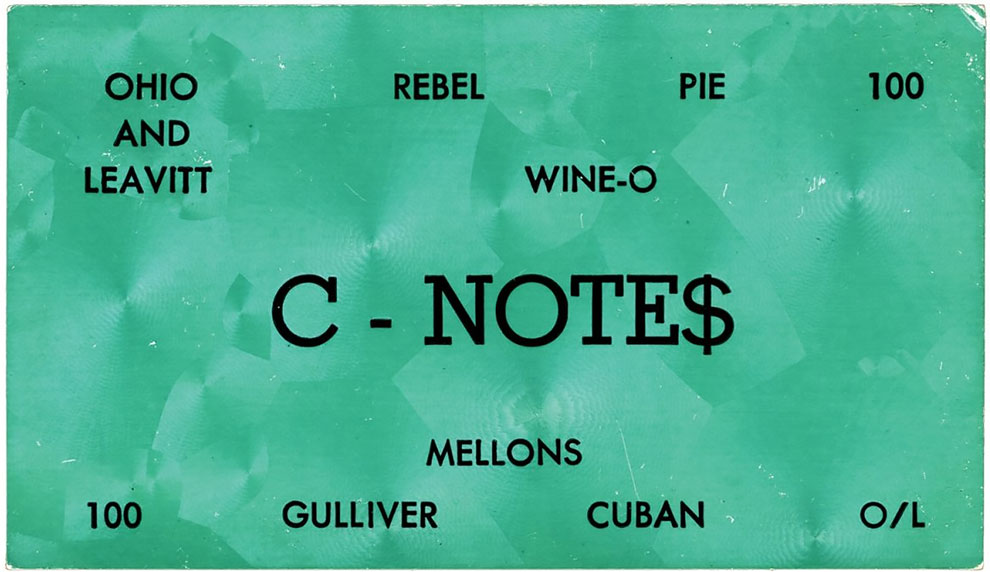 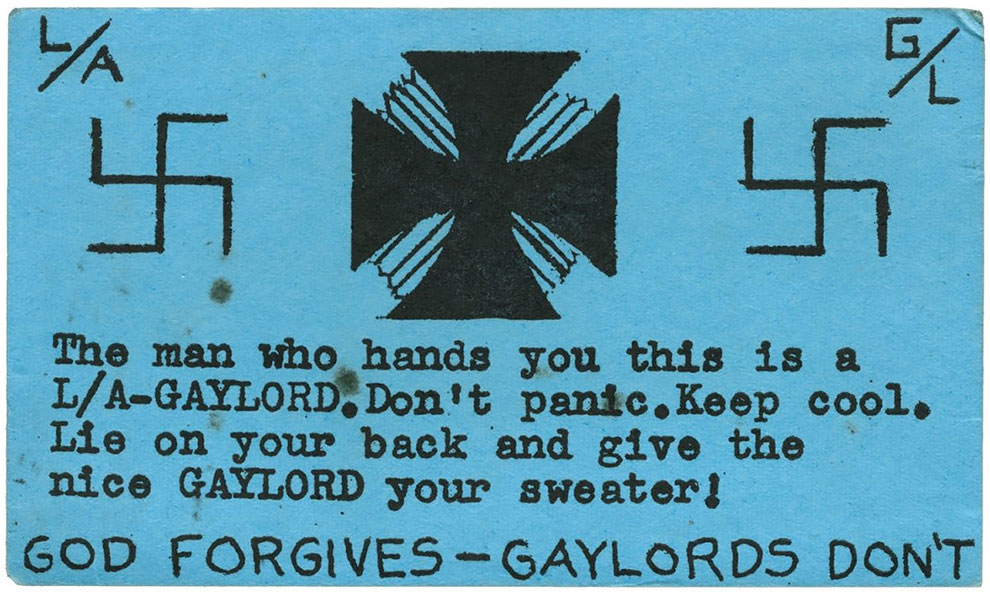 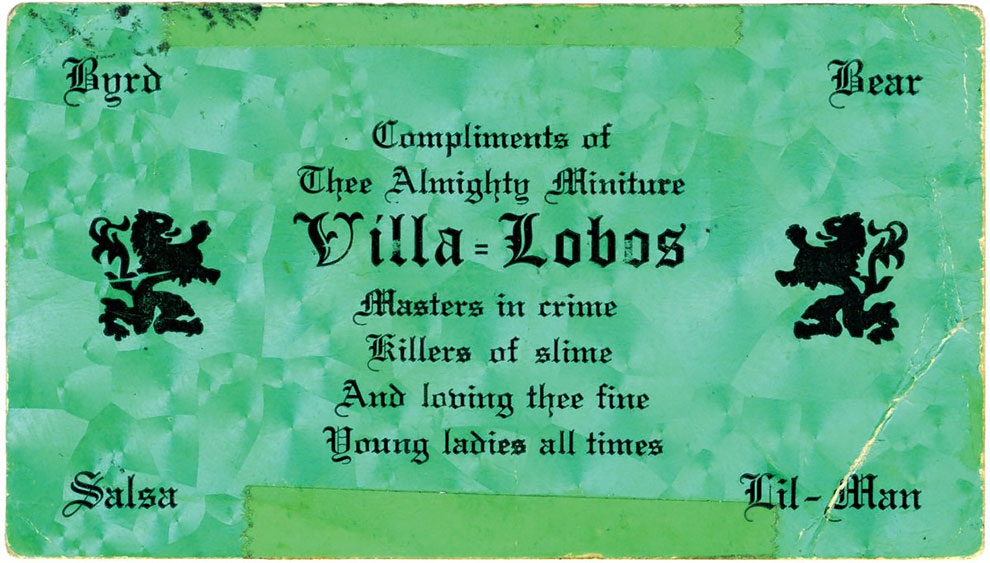 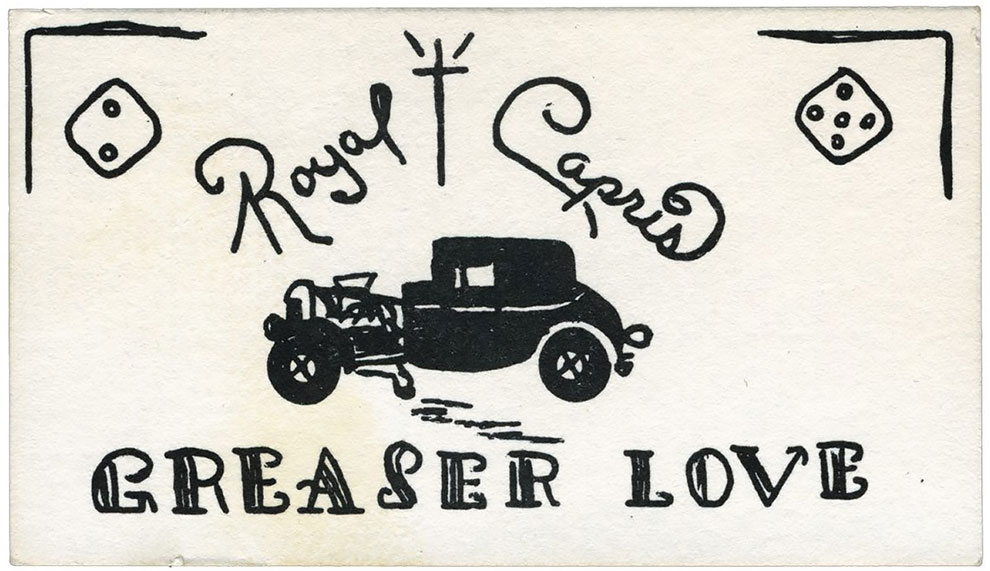 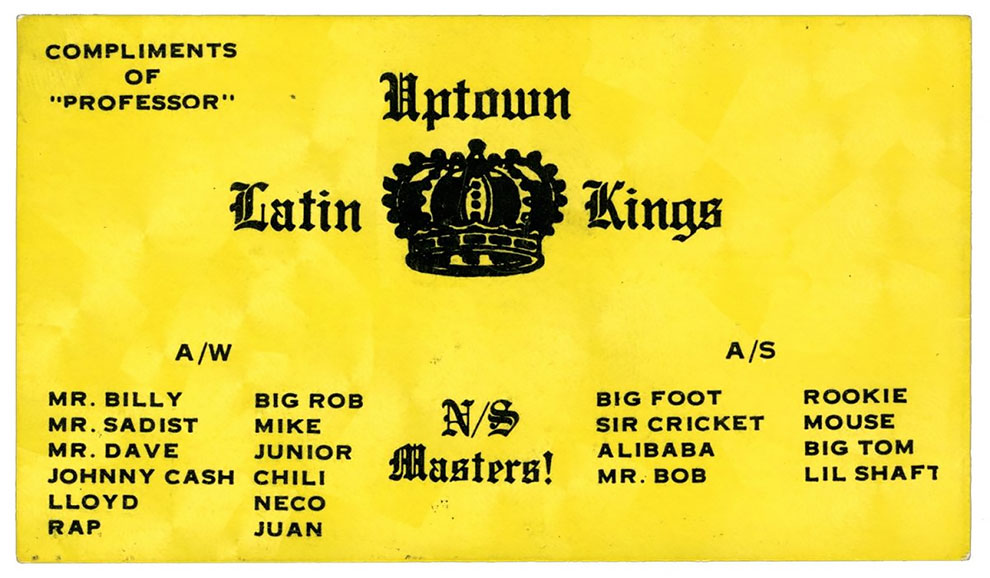 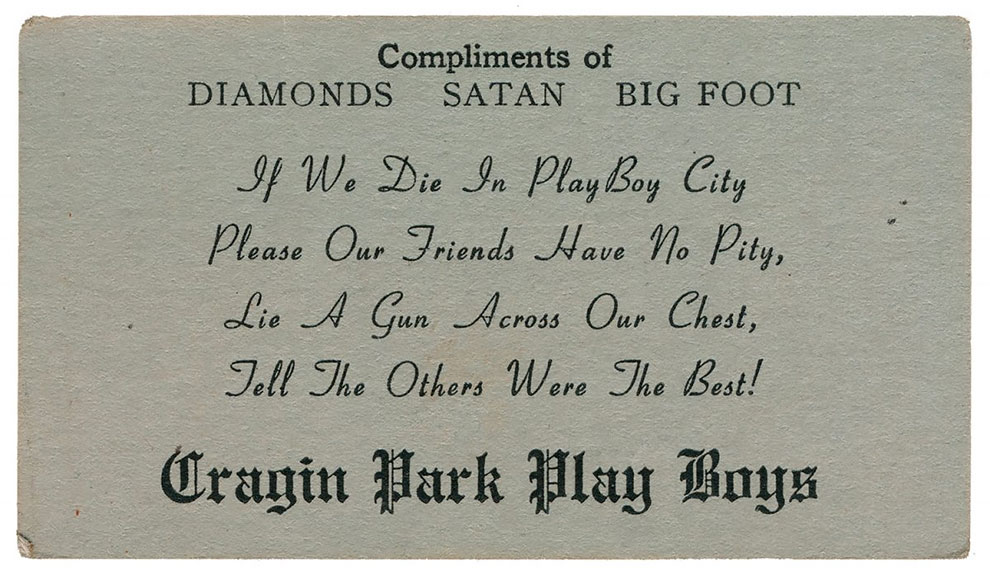 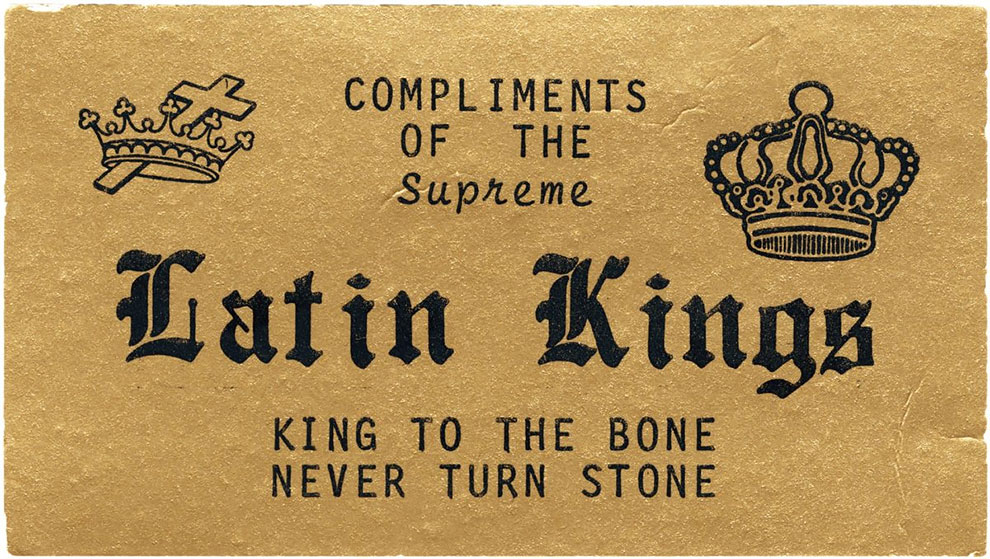 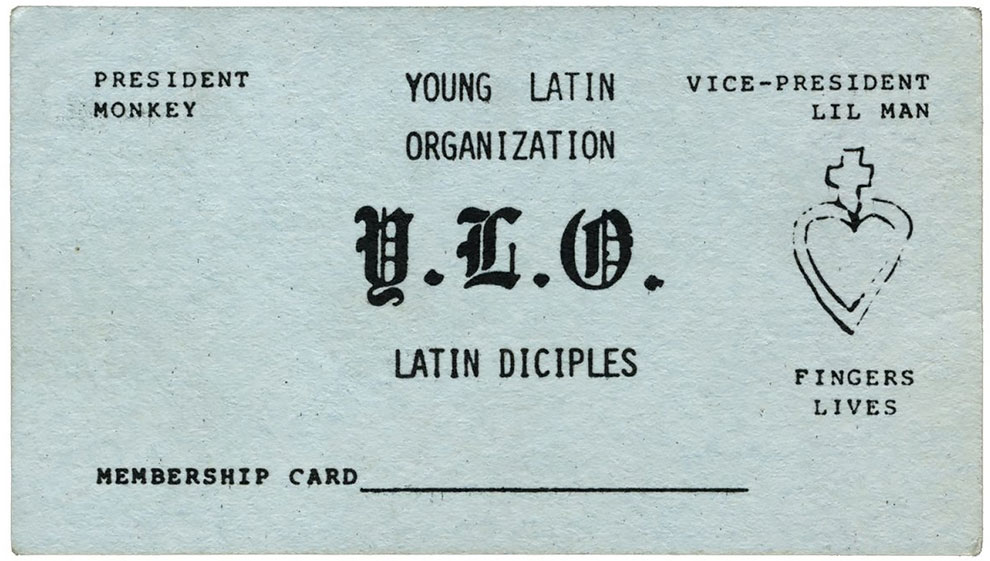 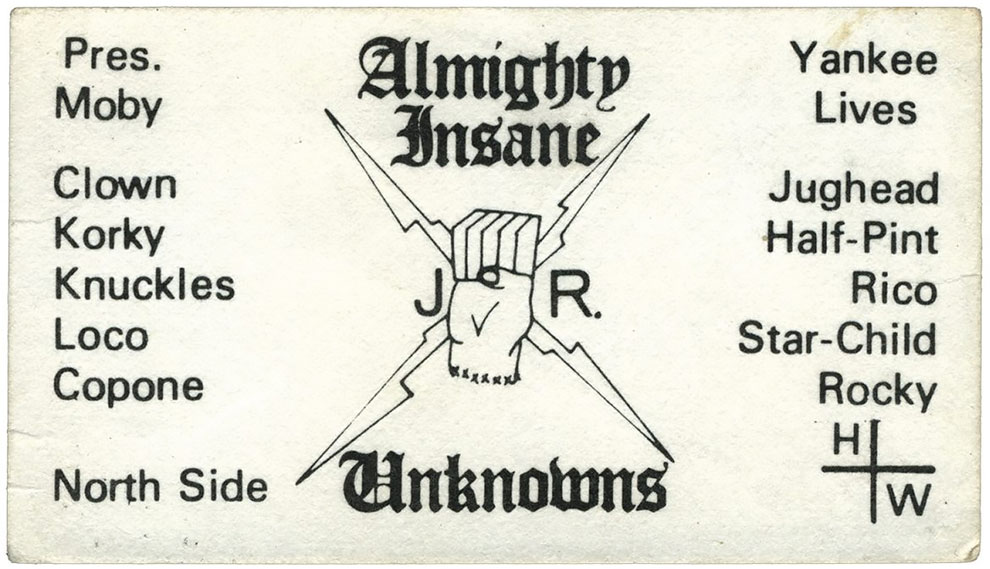 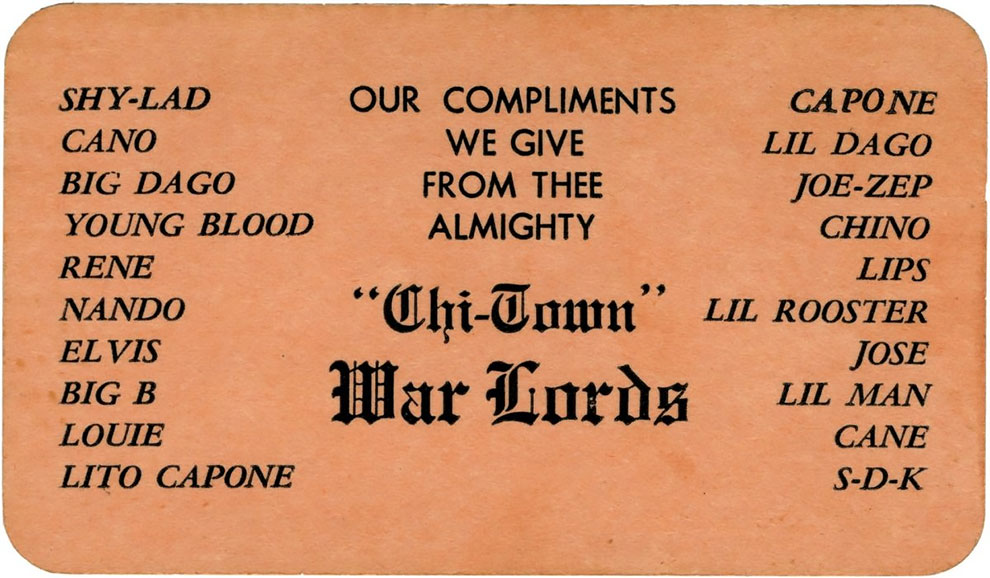 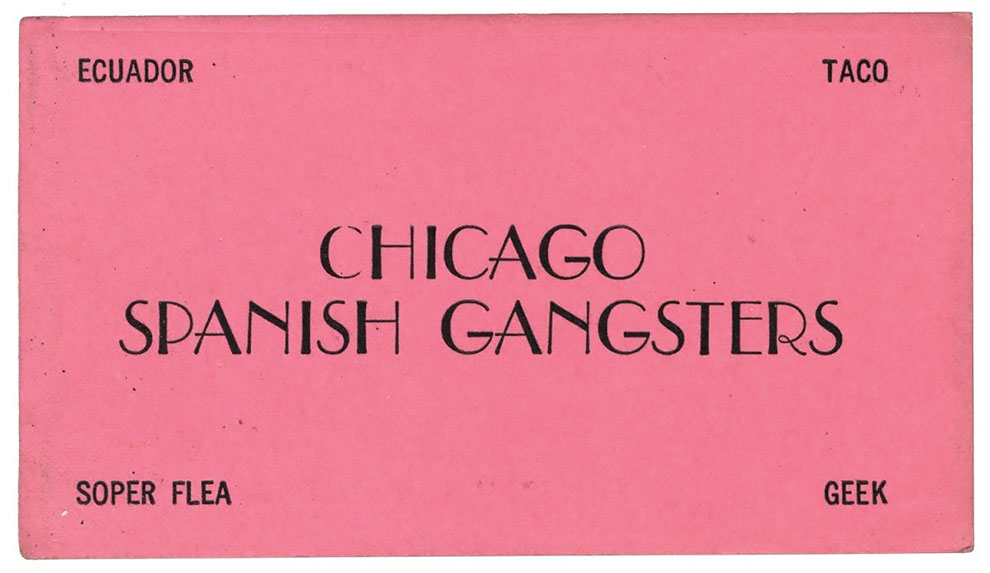 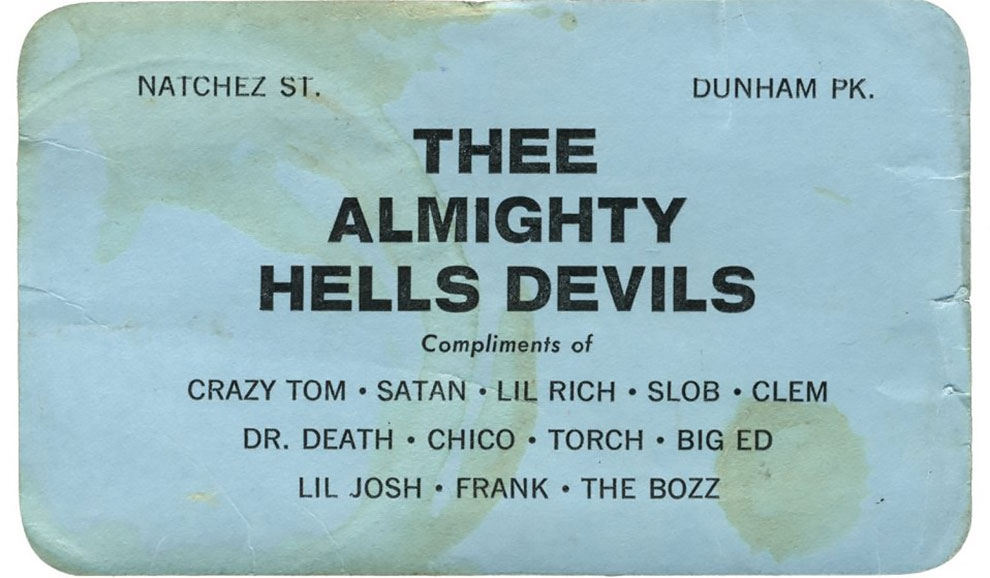 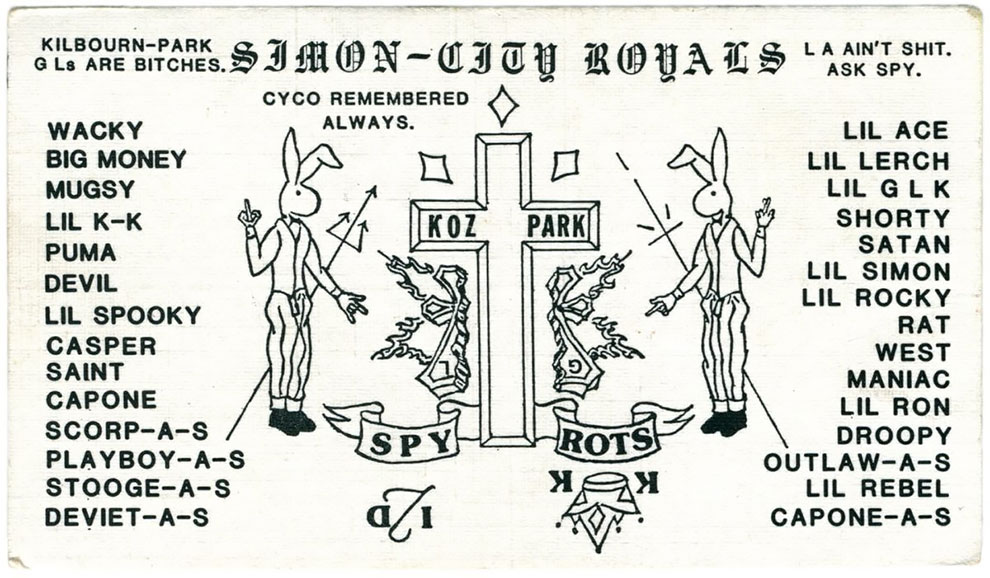 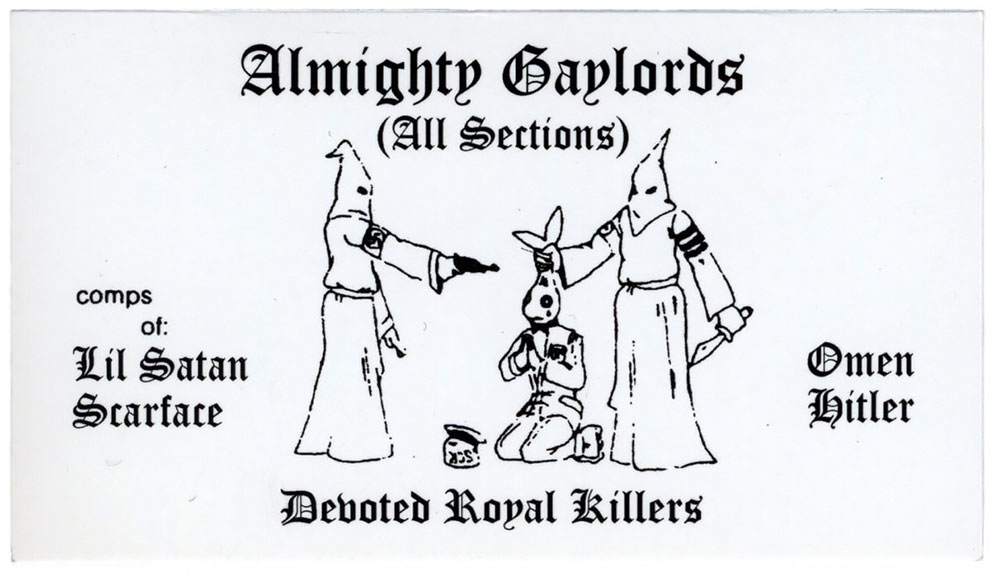 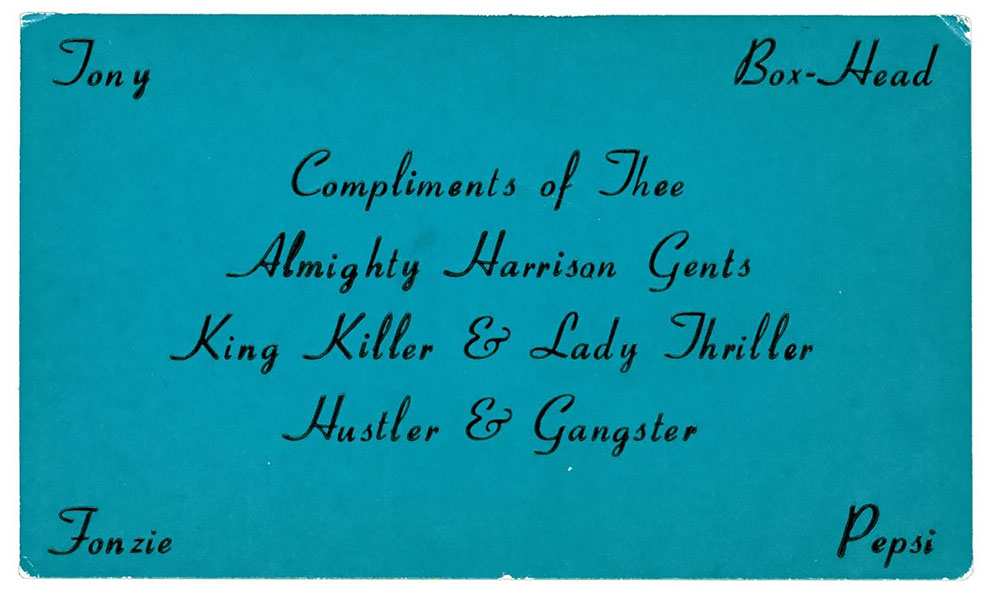 The Expressive Digital Fashion Collages by Charles Bentley
This Artist Turns His Dog And Himself Into Adorable Cartoon Characters
Psiphon Launches All-New Digital Look
Passion For Cosplay: How A Russian Manager Imitates Hollywood Heroes
Paint-Ception: This Artist Painted Himself Painting Himself In An Incredible Recursive Self Portrait Series
This Instagram Account Cleverly Photoshops Animals Into Everyday Things
No Games for Smokers
Cyberpunk Babushkas: These Grannies You Wouldn’t Dare Help Across The Road
Mullet: The Badass Hairstyle Of The 1970s, 1980s And Early 1990s
"There’s No Safe Place in Humanity…": The Terrifying and Bizarre Art of Peter Feiler
Portraits Of The Double-Faced Girl By Sebastian Bieniek
An Artist Combines Famous Brands Logotypes With Classical Painting
This Family Started Staging Their Funny Christmas Cards 7 Years Ago, And Their Creativity Is Brilliant
"Geometrical Asia": Minimalist Street Photography Series By Víctor Morante
Artist Buys Billboard Advertising Time to Display Art Instead of Ads on Massachusetts Highways
We Can’t Stop Looking At These Drawings By Artists Reimagining Their Art As Famous Cartoons
Towering New Pigeon Murals by ‘Super A’
From Chucky to Elon Musk: Mindblowing Colorful Tatoos by Daria Pirojenko
The Original Acrylic Paintings by Kissi Ussuki
The Story Behind John Lennon's Psychedelic Rolls-Royce Phantom V
When Big Hair Roamed The Earth: The Hairstyle That Defined The 1960s
Cyberpunk Gangster: Stunning Works by Korean Artist Gharliera
11 Illustrations That Describe Life In The Office Perfectly
These Ancient Greek and Roman Art Tattoos are Amazing
1970s, 1980s, business, cards, chicago, gangs, retro, street