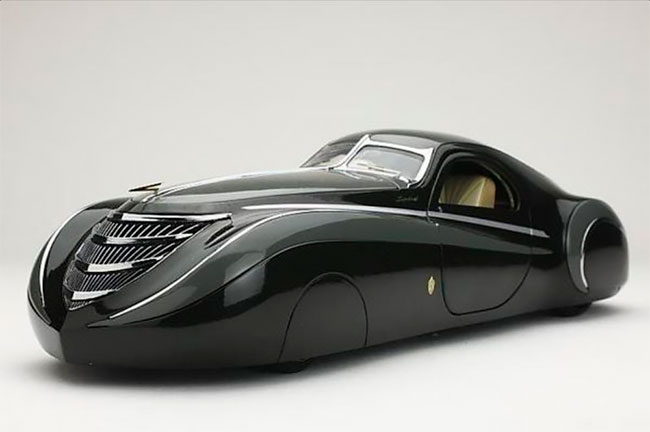 Duesenberg ceased production in 1937 after Cord’s financial empire collapsed. However, between 1937 and 1940, one automobile put the final touch to this historical marque. It it took three years to complete both the tailor-made interior and futuristic body. 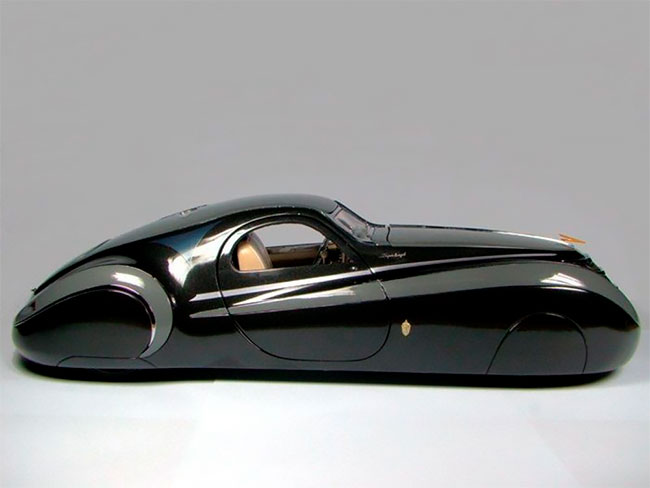 By command of the owner, it was to be painted in a two-tone grey paint scheme so it would look like a ghost in the night. Finished in 1939, this legendary masterpiece was christened as “Duesenberg Coupé Simone Midnight Ghost.” It was both the longest Duesenberg and the last one delivered; and finally the last one ever made. 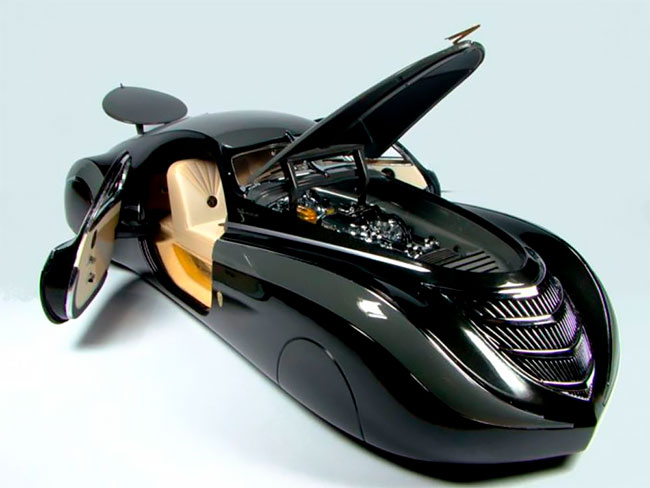 Inspired by the modernist lines of the Art Deco movement, it captures all the romance of a bygone era. The graceful sweep of the fenders, the luxuriously appointed interior complete with a crystal-clear steering wheel. 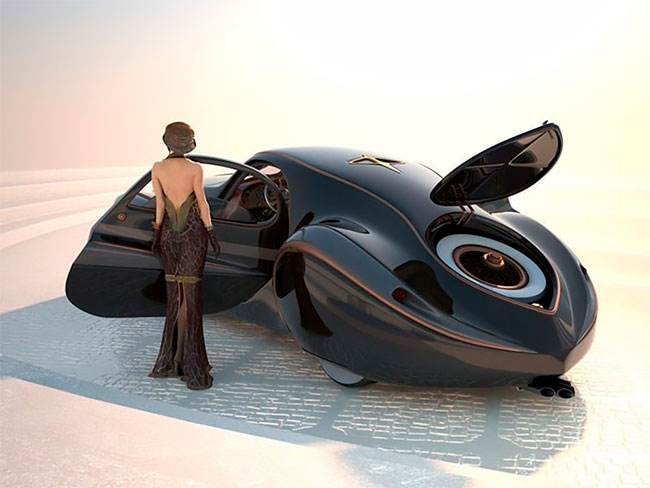 The car was made by the American car body designer Emmet-Armand on the basis of the Duesenberg Type J. They only made one of them which was ordered by the French cosmetics king Gui De LaRouche. 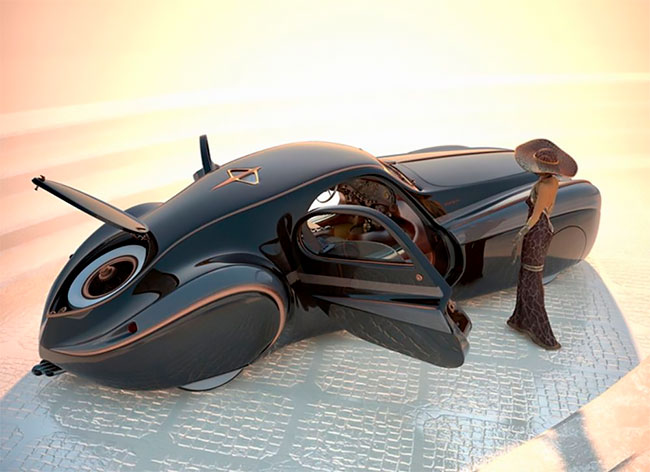 Gui De LaRouche had always believed that a man must succumb to his passions. So he commissioned Emmett and Armand to create an exotic-bodied Coupé on a Duesenberg chassis. The new automobile would be a gift to his lover, a beauty called Simone. 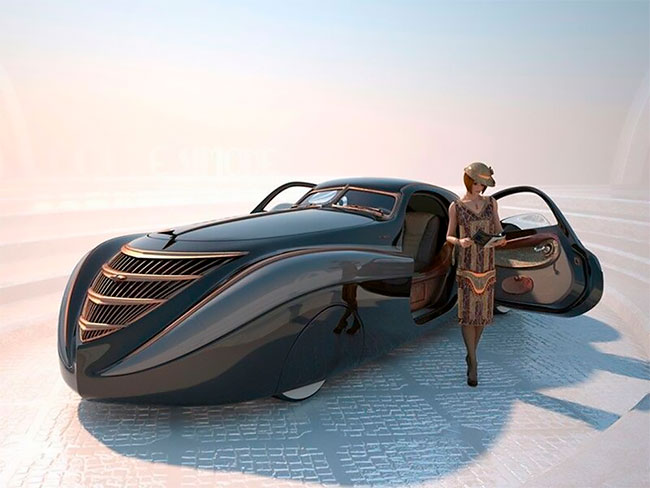 As the drums of war were beating and Hitler was moving into France, many automobiles were stored in hide-a-ways to keep them out of the hands of the Nazis. The “Duezy” was lost somewhere on the French countryside at the beginning of World War II. The stranger part of the story is that Emmet disappeared with it. There still is a chance that some day “Simone Midnight Ghost” will be found in a shabby old barn however it’s also possible that it was destroyed during the war. 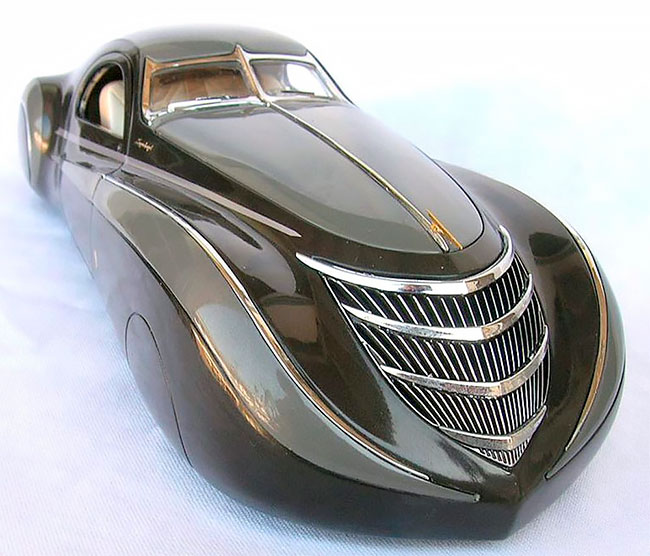 Nevertheless it’s probably one of the most stunning designs of the 20th century and it will be kept in our memories.