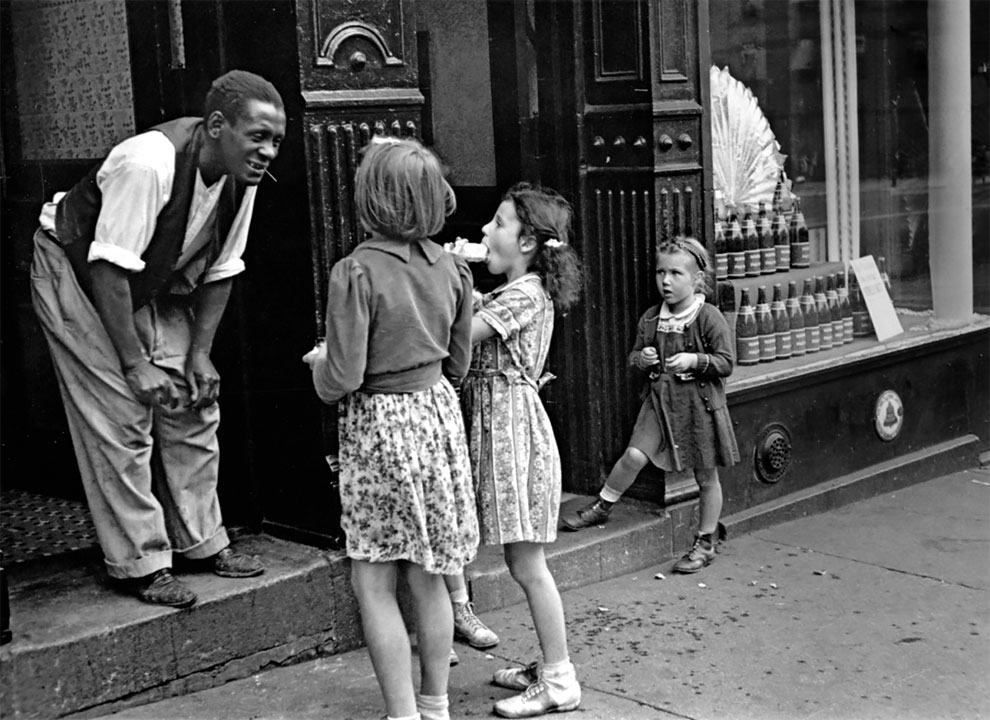 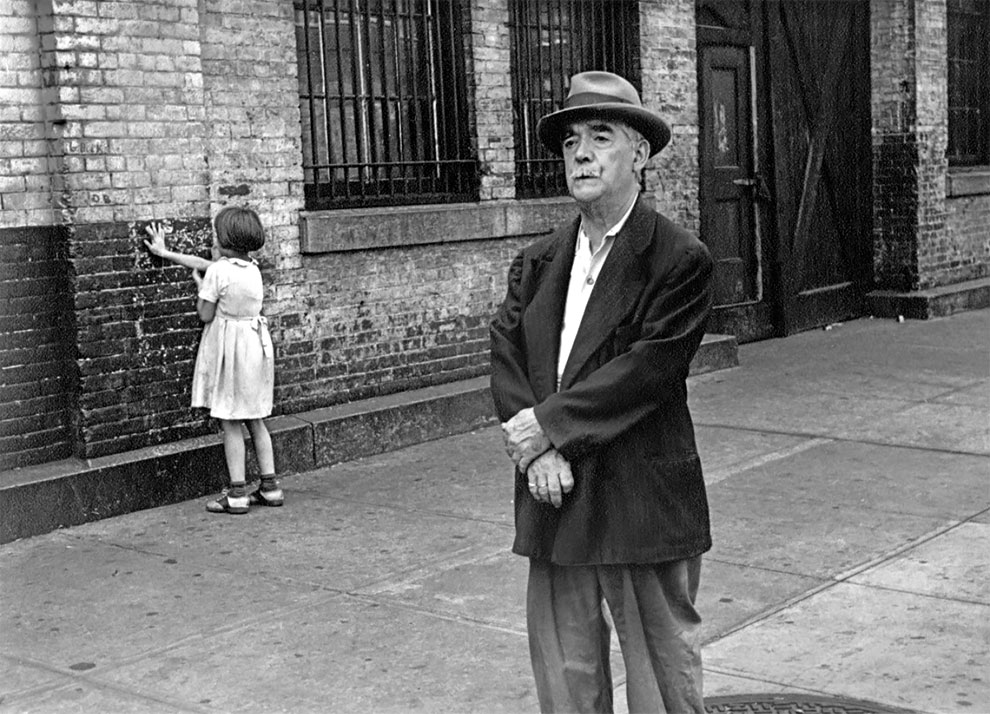 Yet for the majority of Levitt’s illustrious career (lasting until the 1990s), she ventured out of the underground to document life on Manhattan streets. She captured authentic moments — children playing on the sidewalk or dressing up for Halloween, a group of women gossiping — in neighborhoods including Harlem, the Lower East Side, and the Garment District. 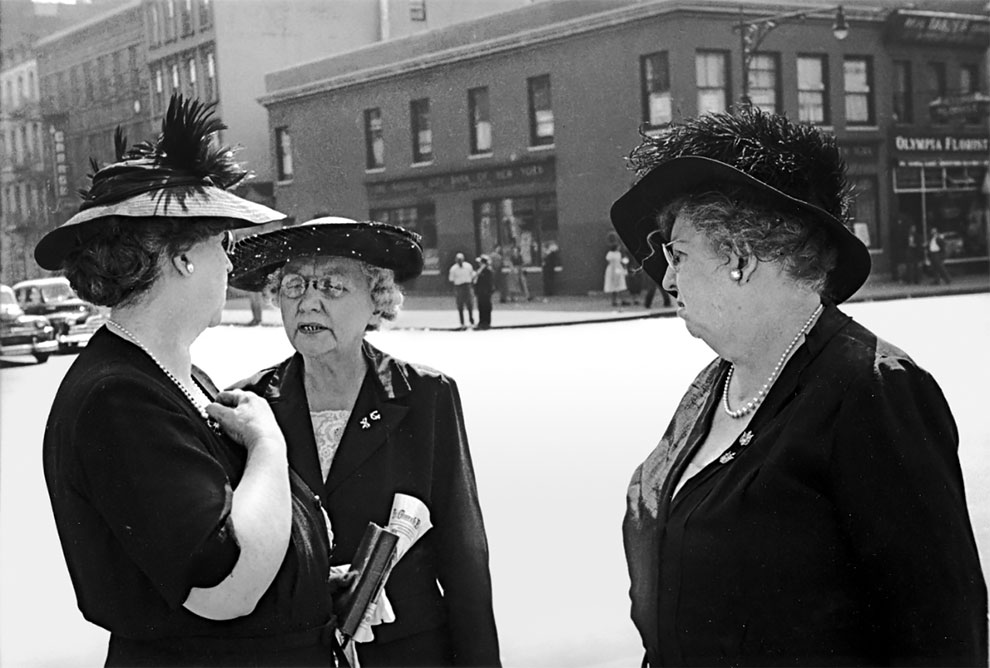 Levitt spoke about her early pictures shot on the streets in the 1930s: “It was a good neighborhood for taking pictures in those days, because that was before television. There was a lot happening. And the older people would be sitting out on the stoops because of the heat. Those neighborhoods were very active.” 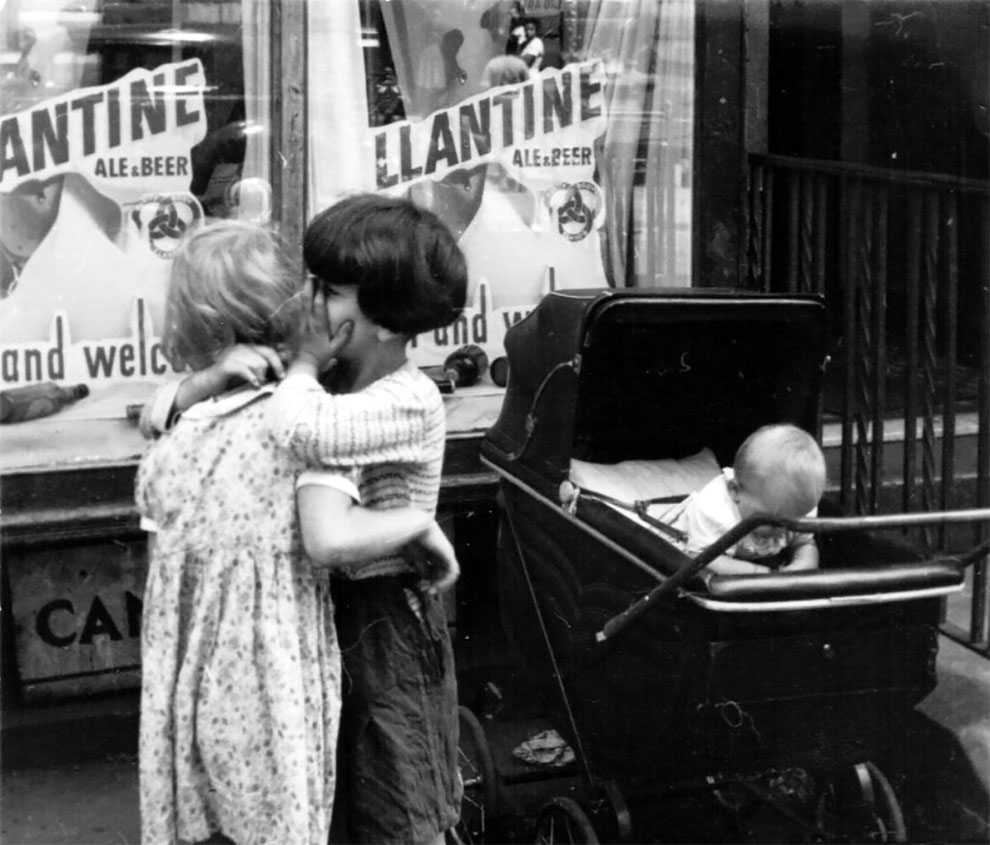 The New York Times, in 2009, described her as: “a major photographer of the 20th century who caught fleeting moments of surpassing lyricism, mystery and quiet drama on the streets of her native New York”. 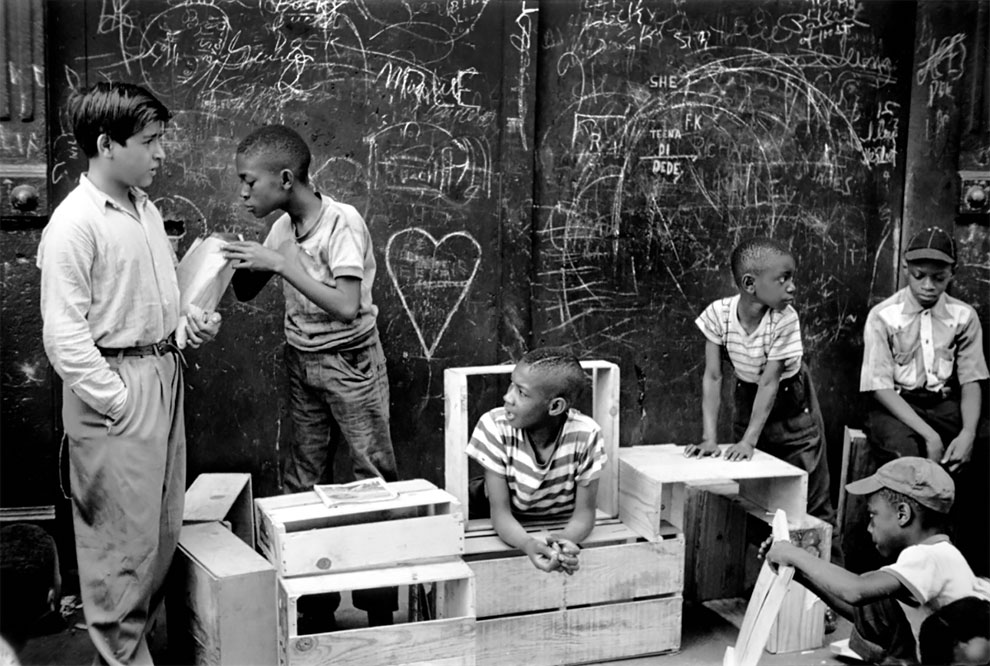 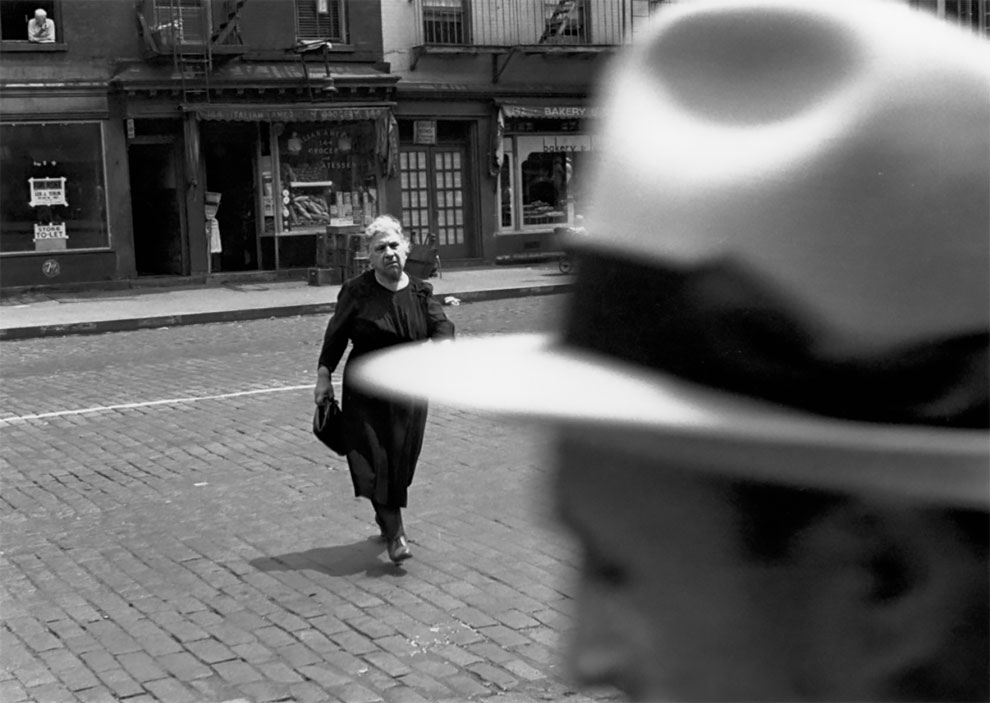 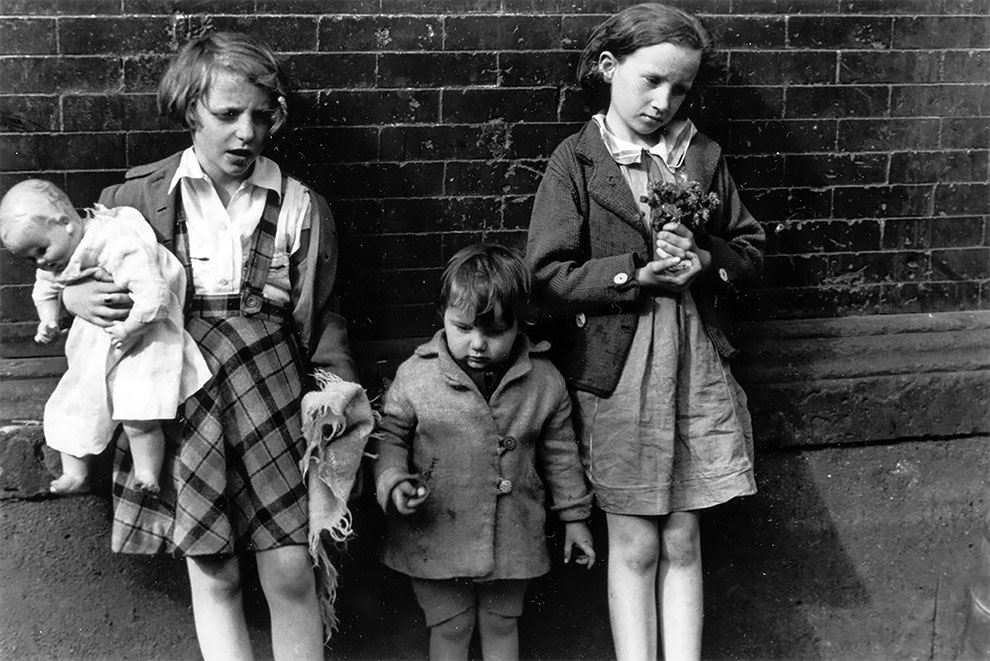 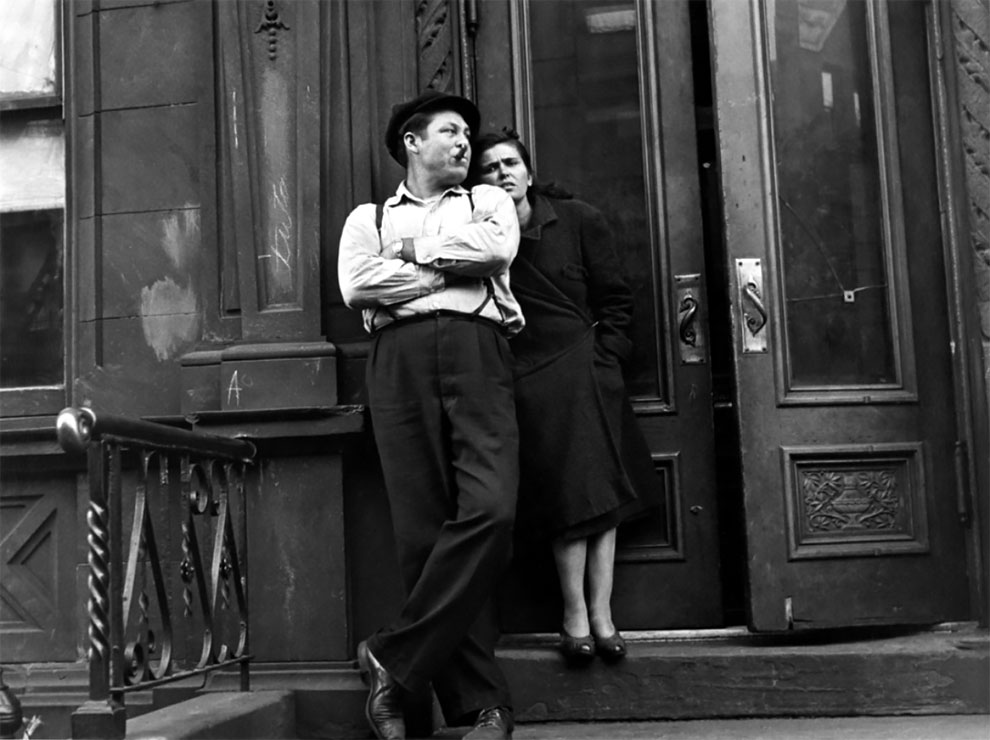 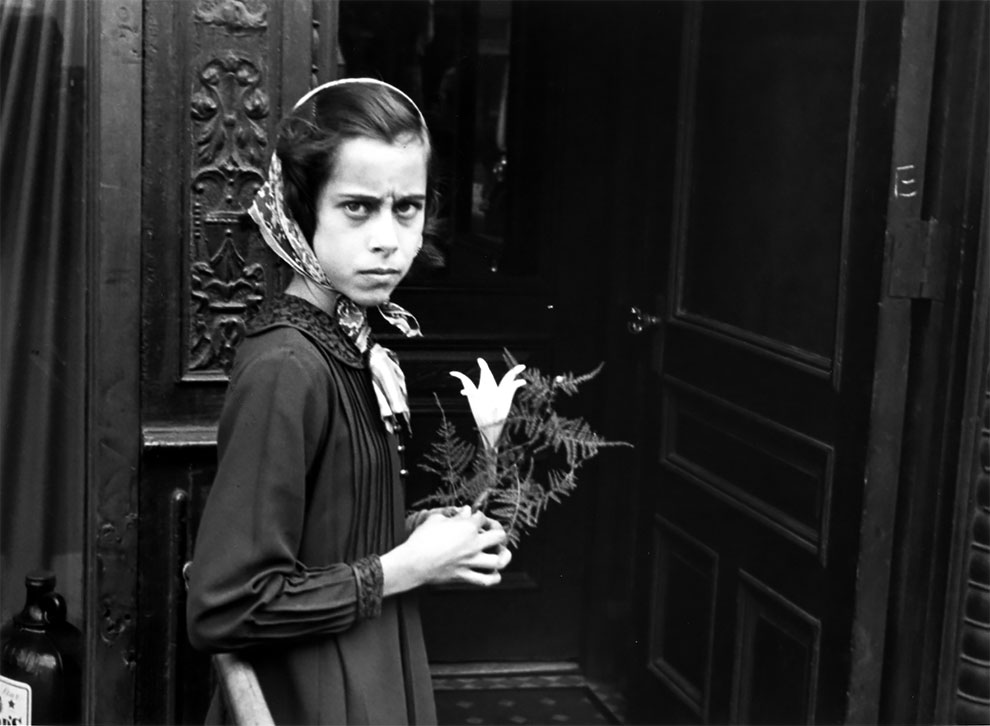 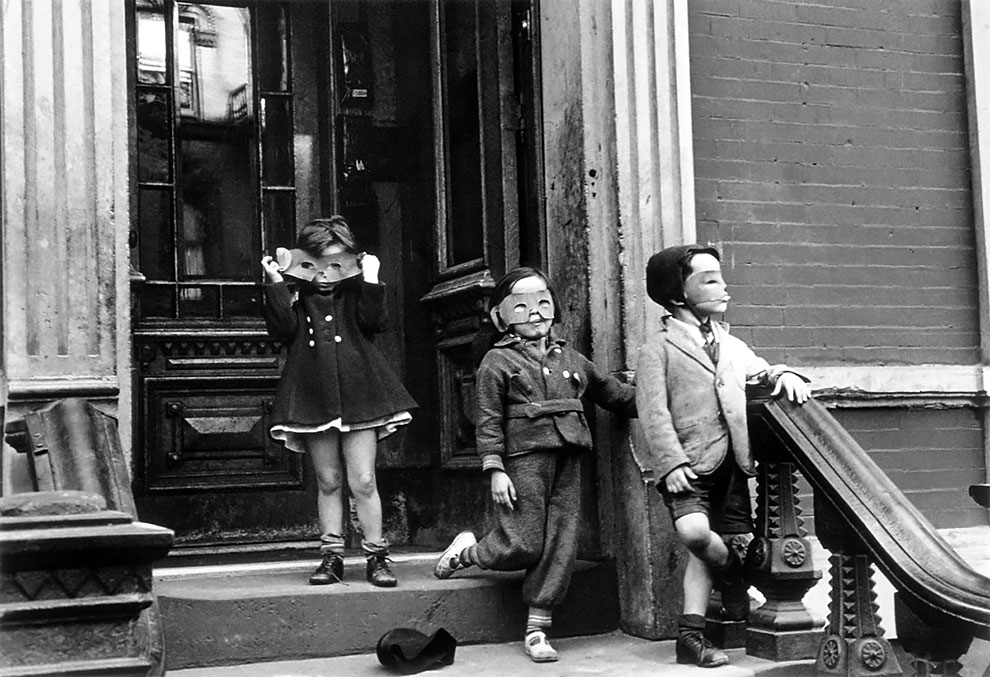 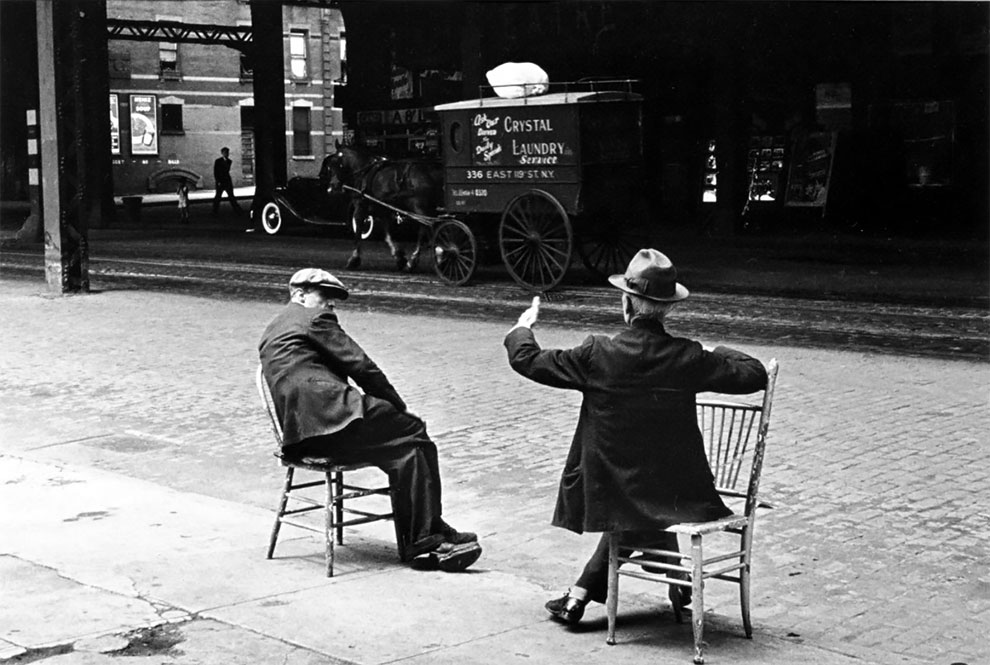 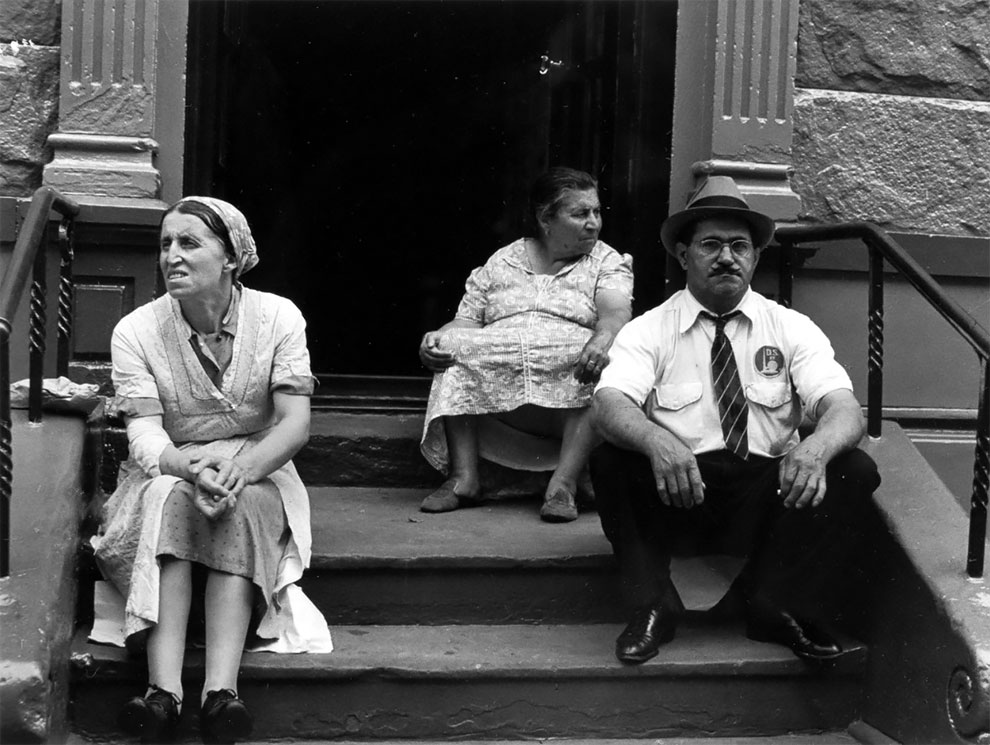 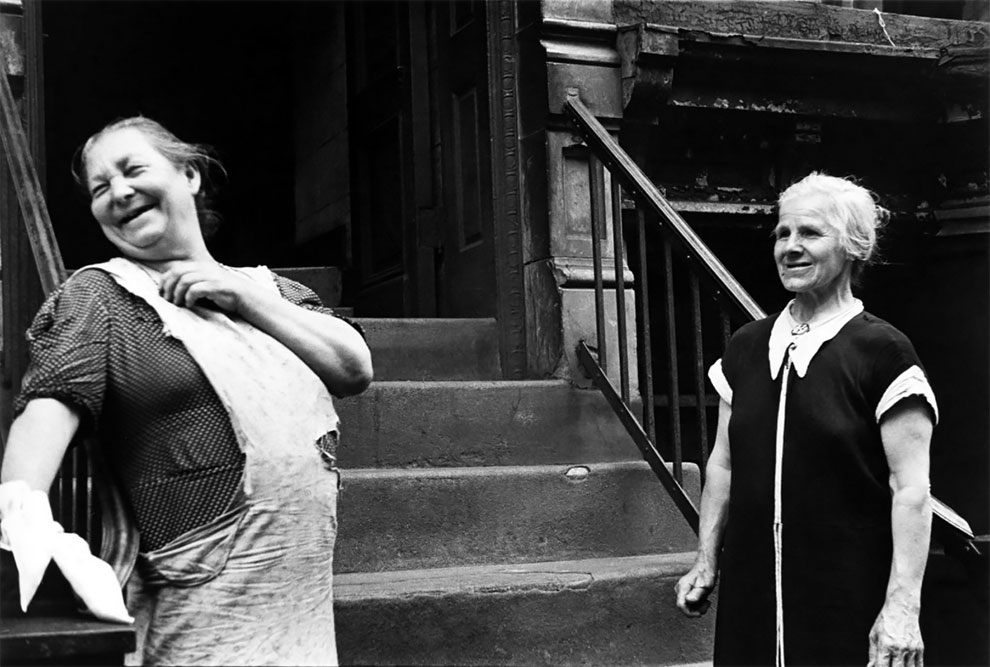 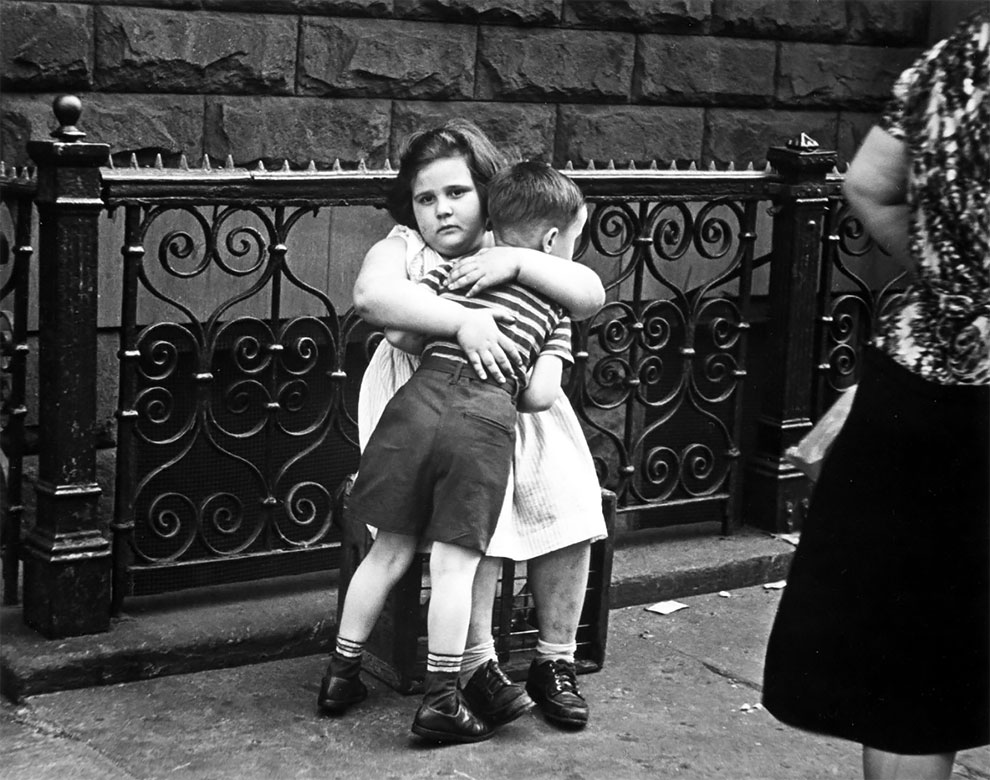 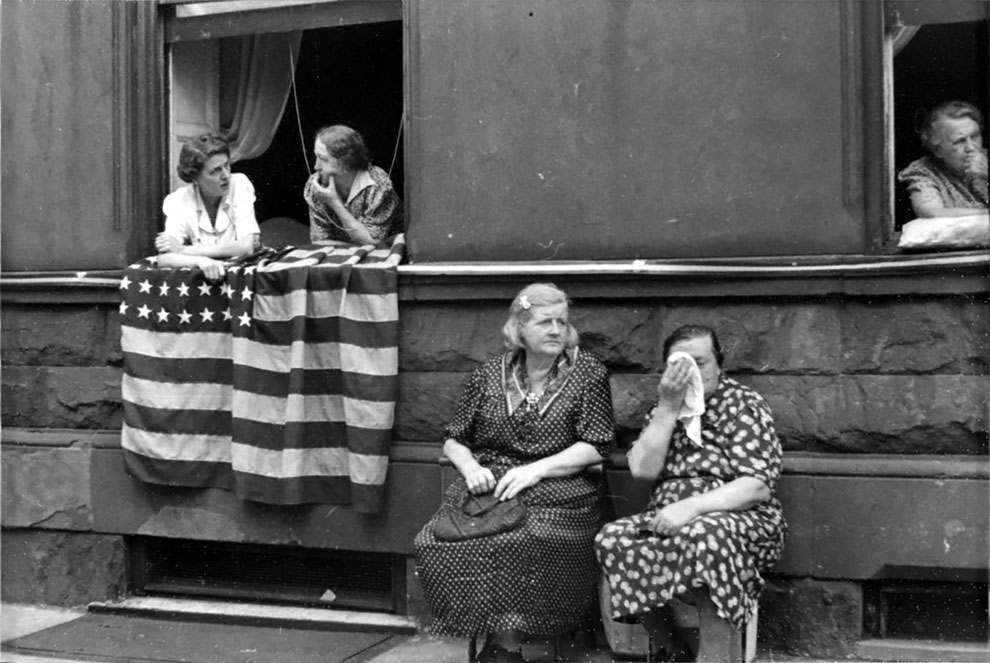 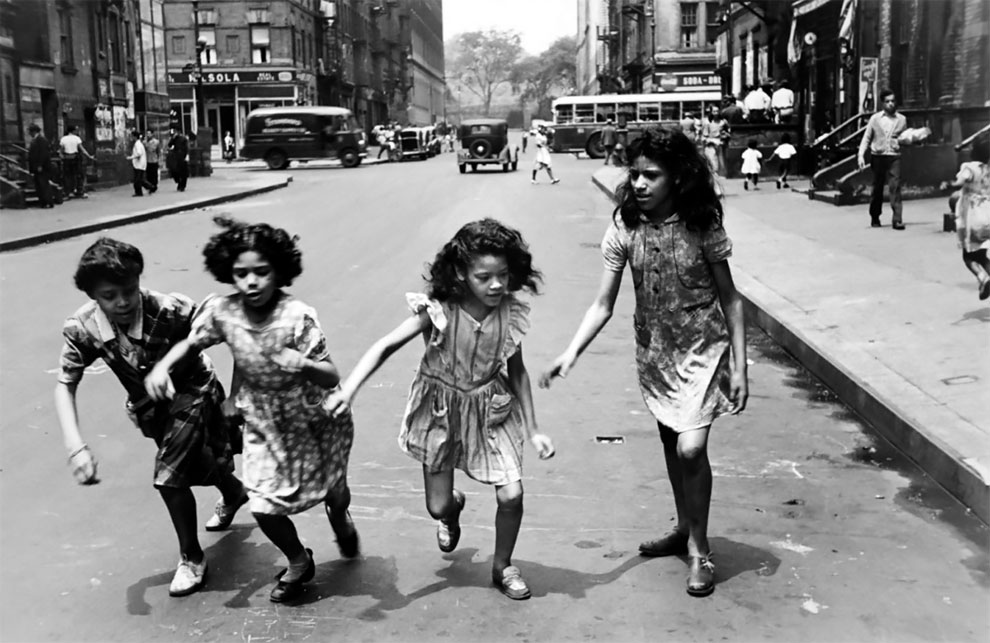 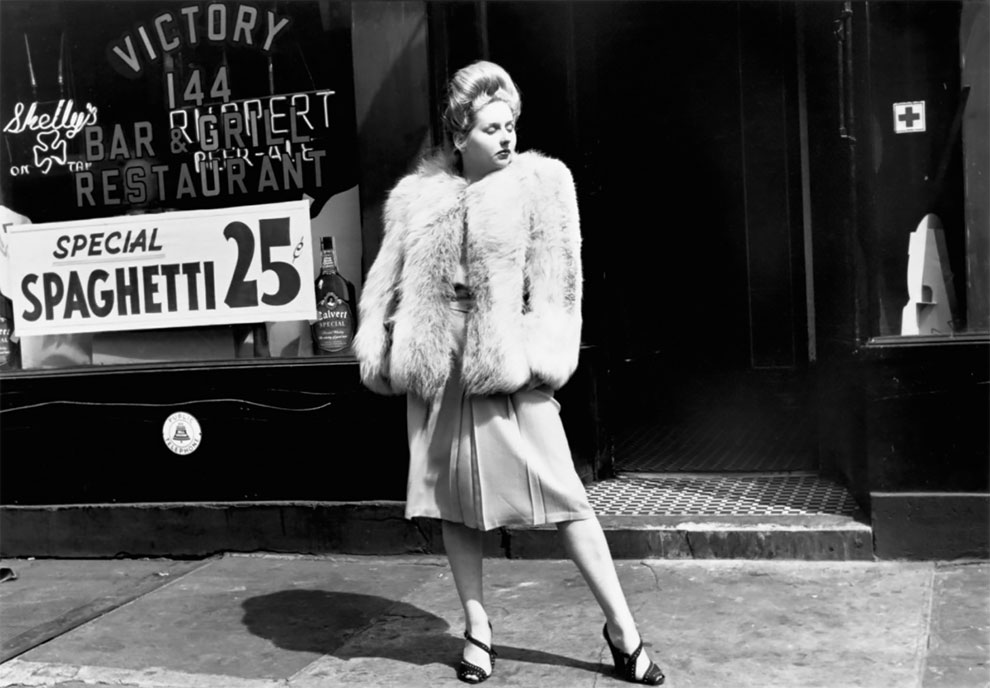 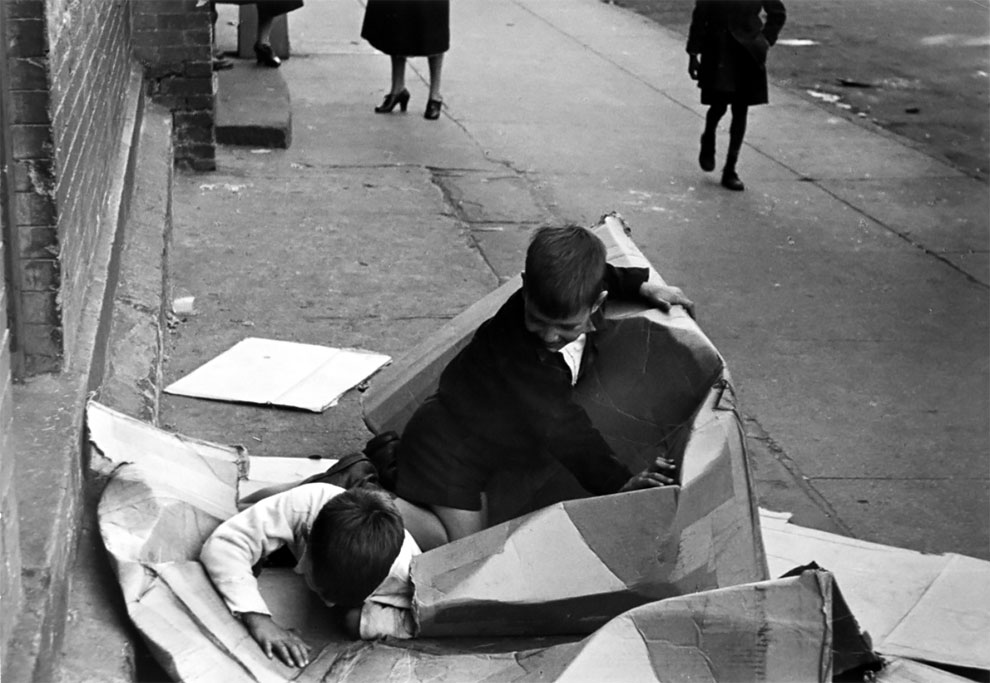 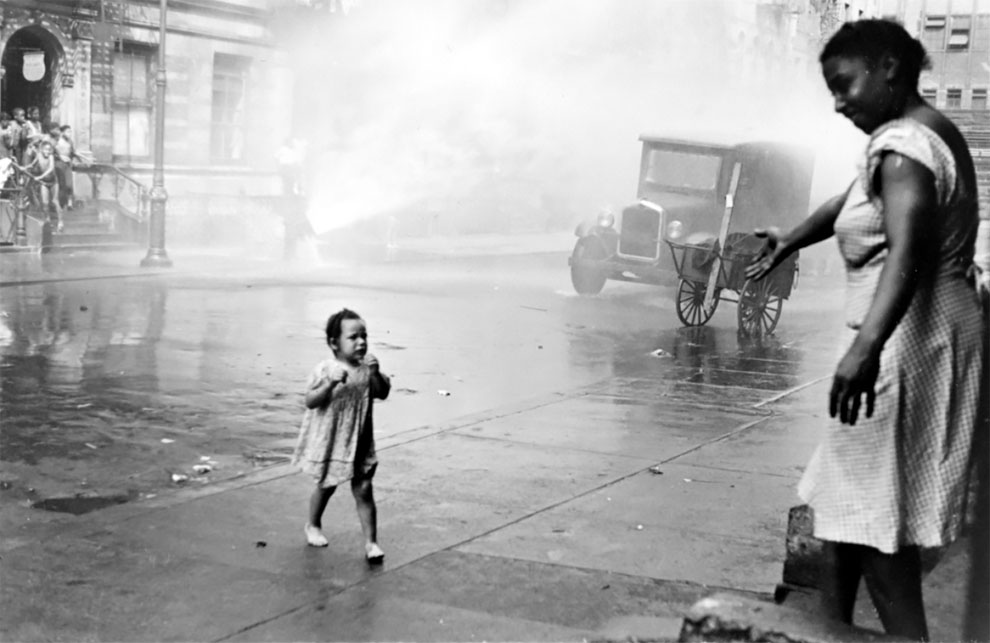 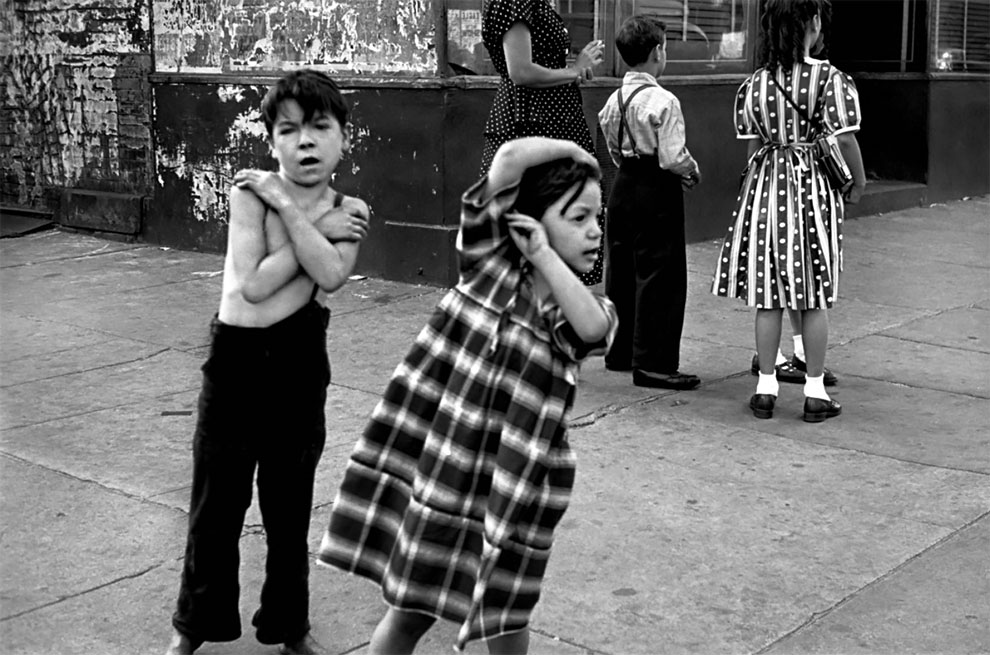 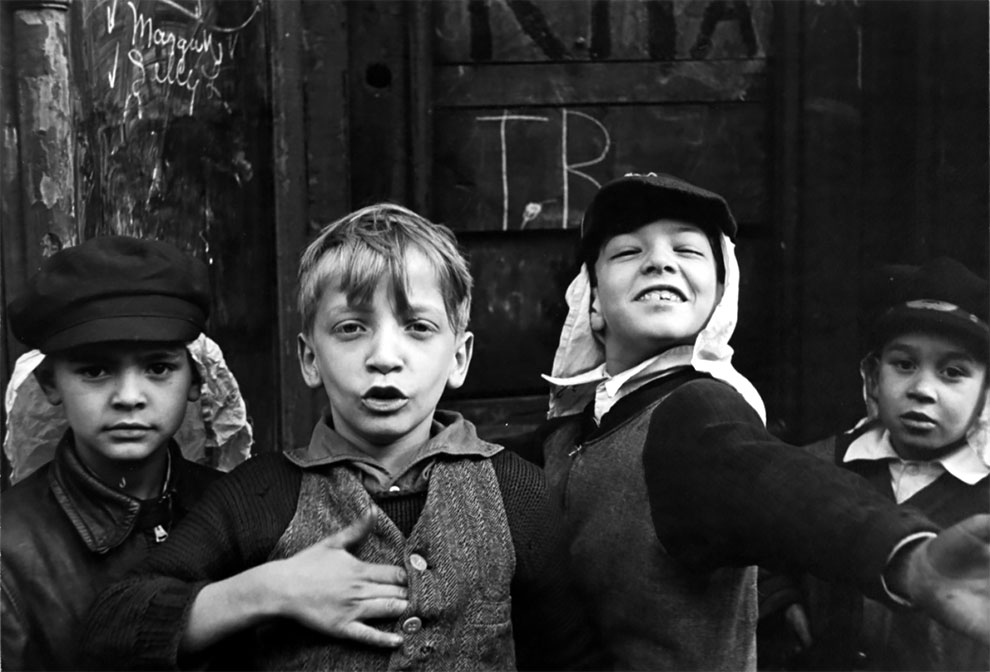 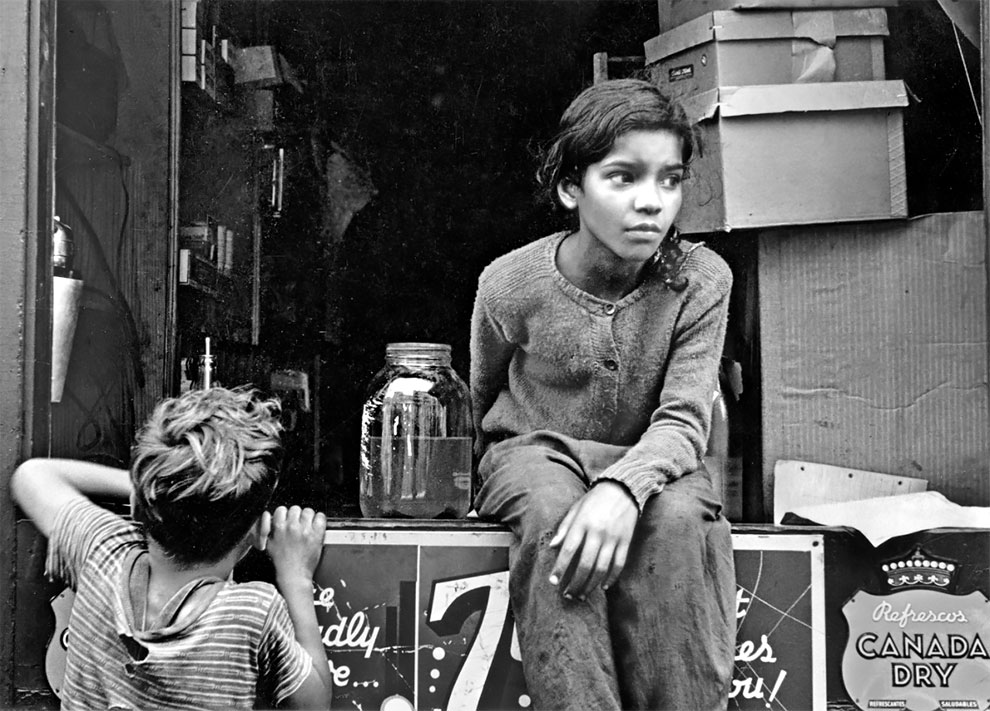 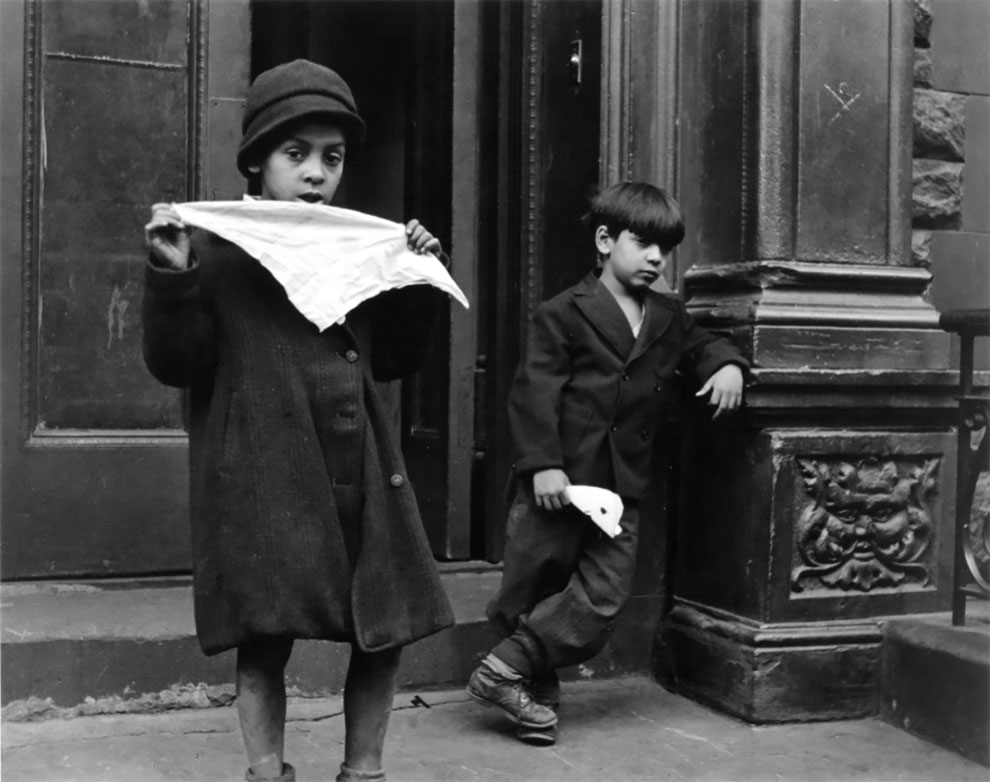 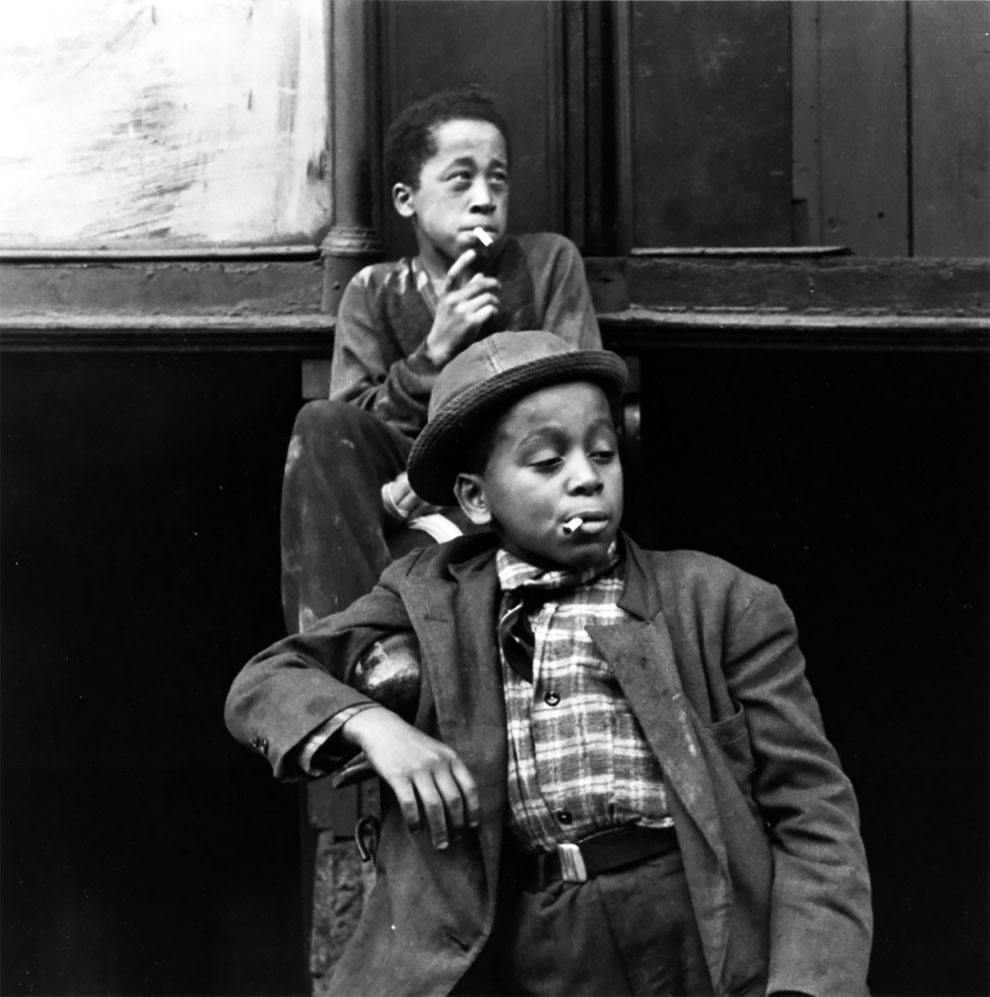 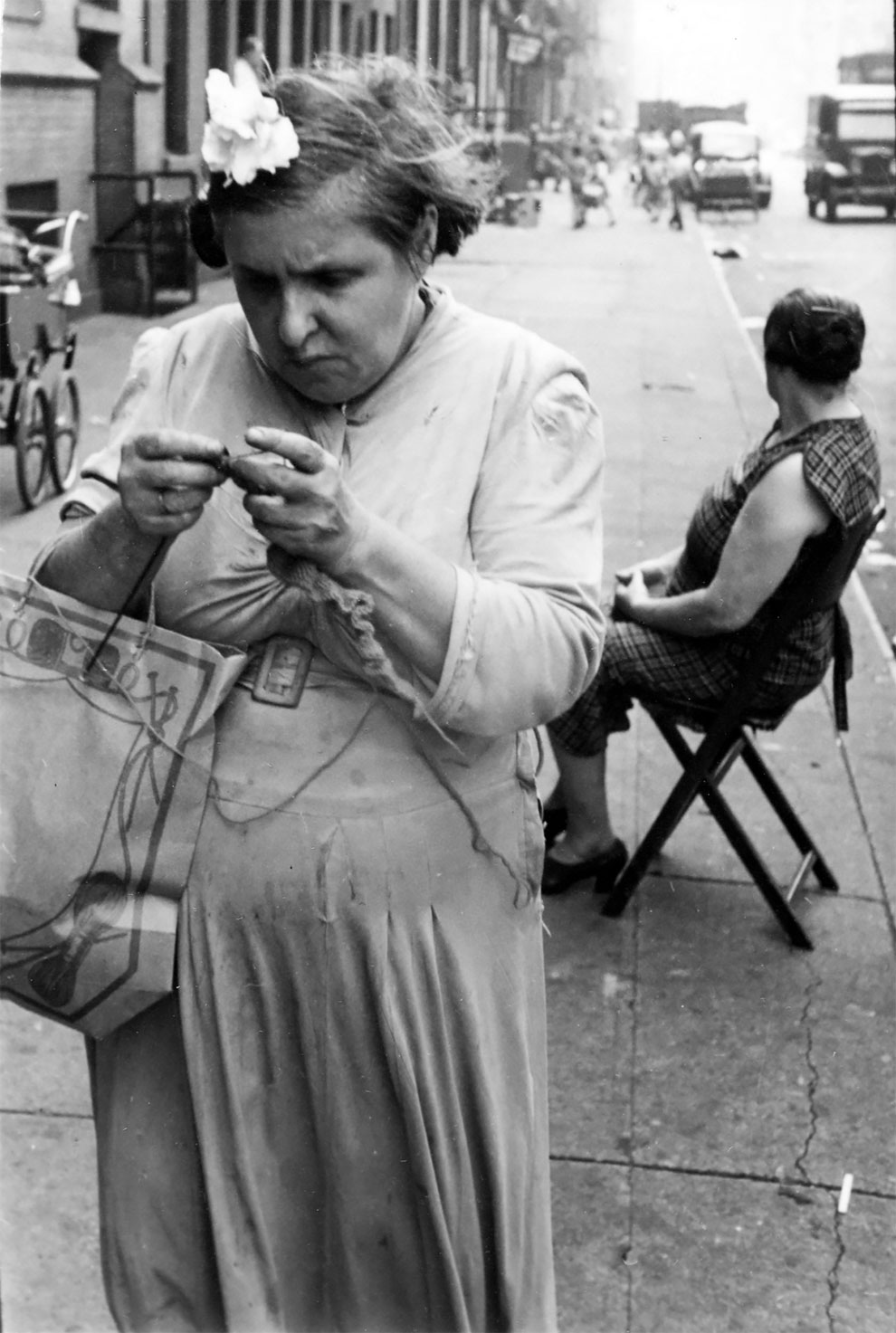 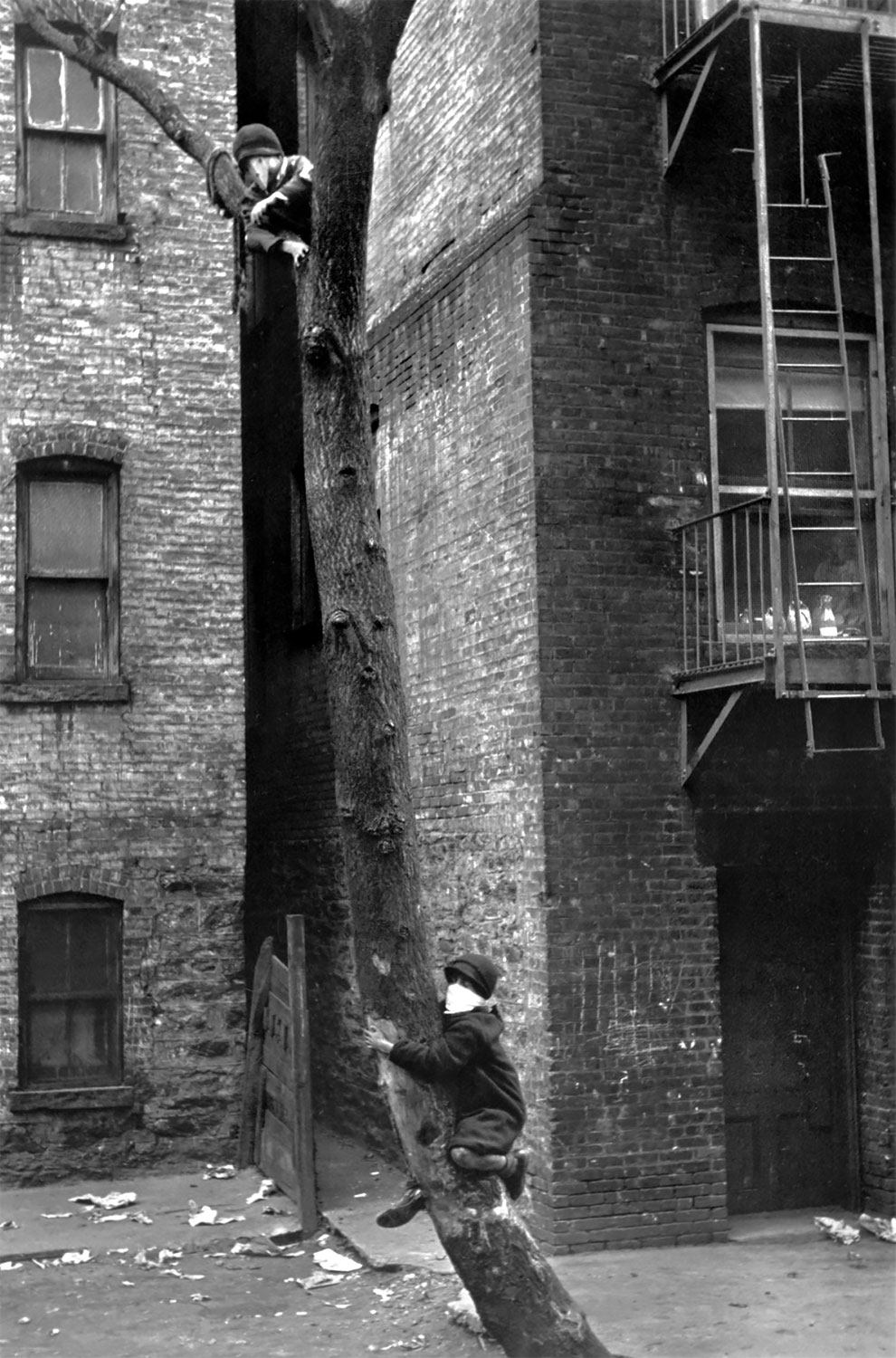 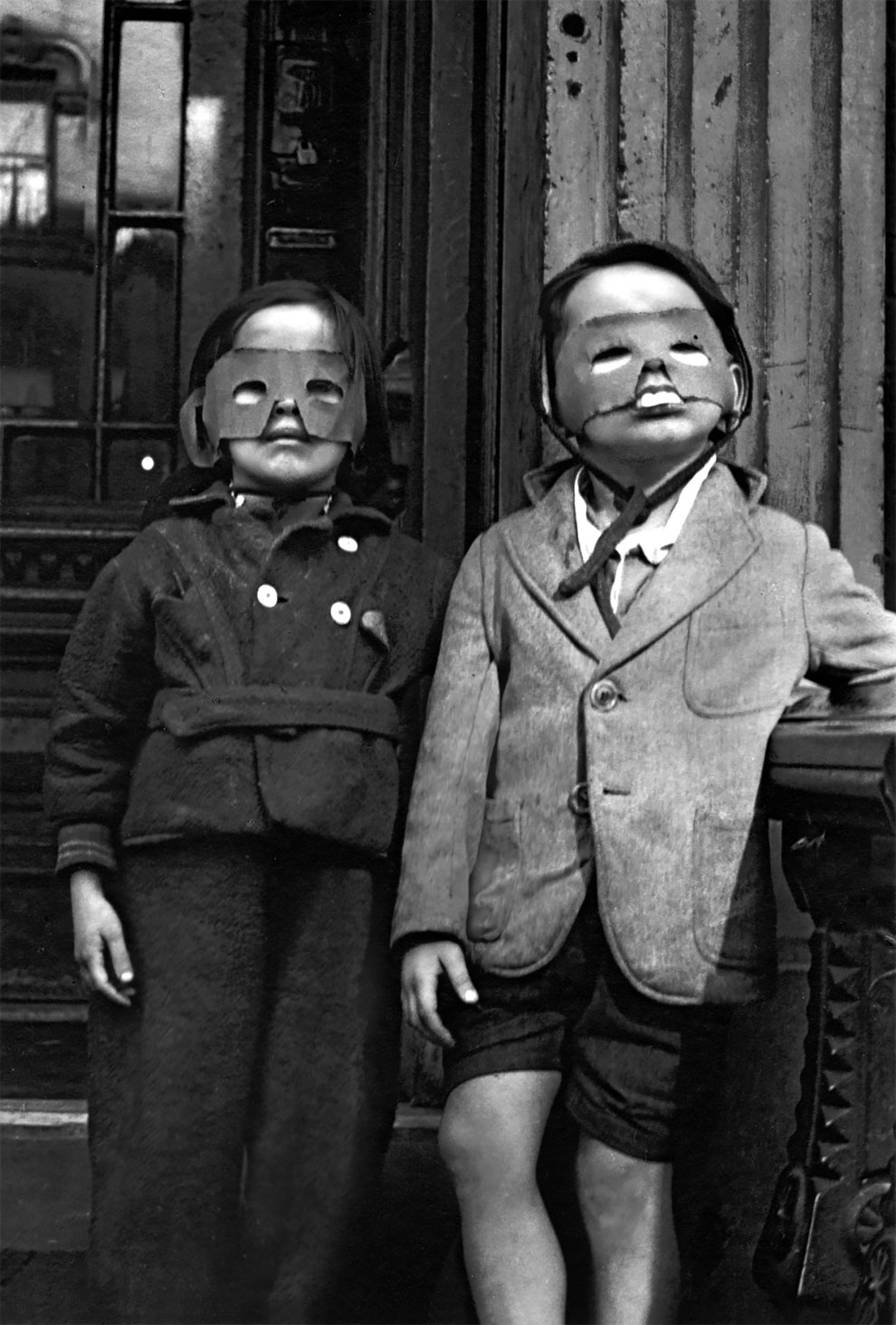 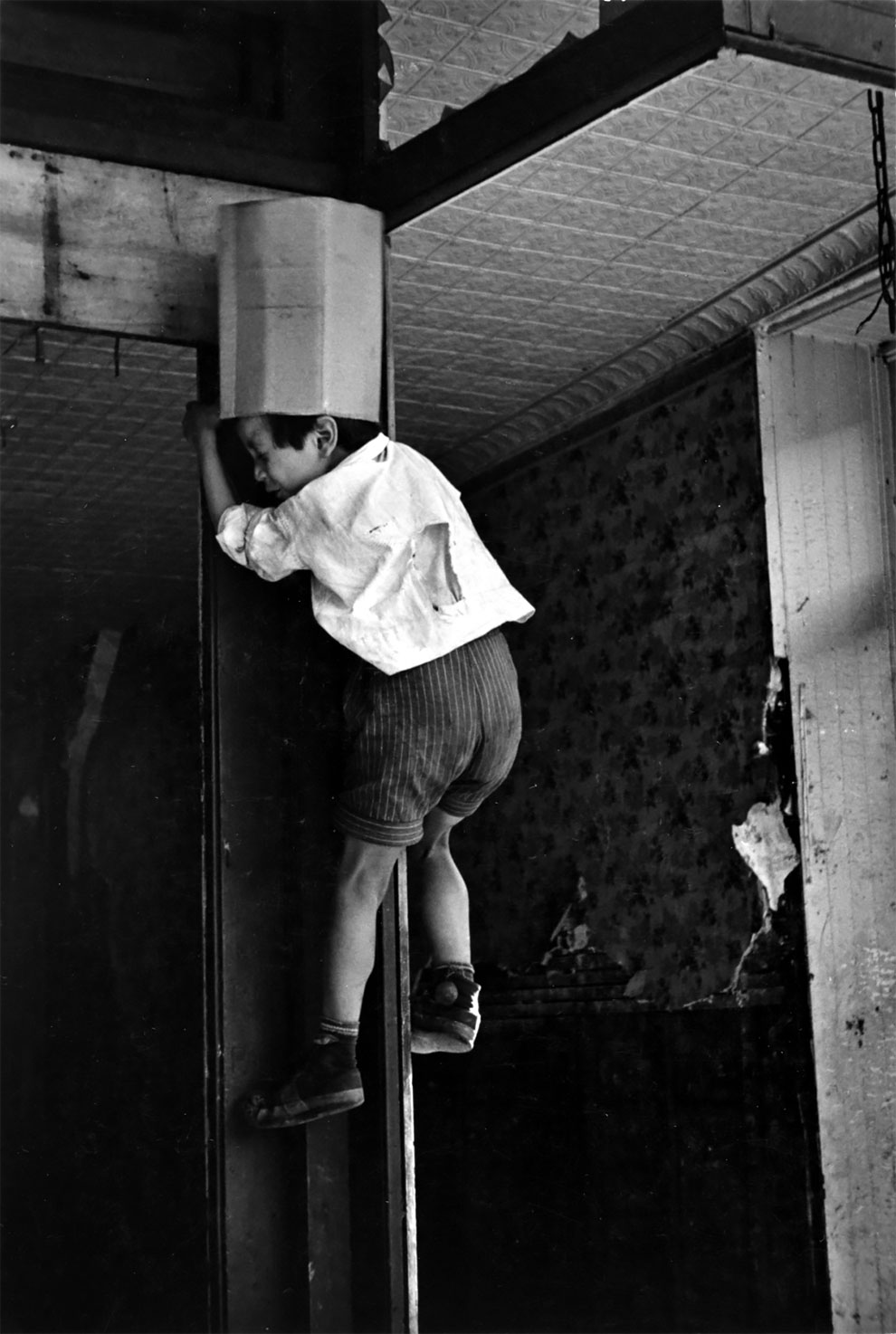 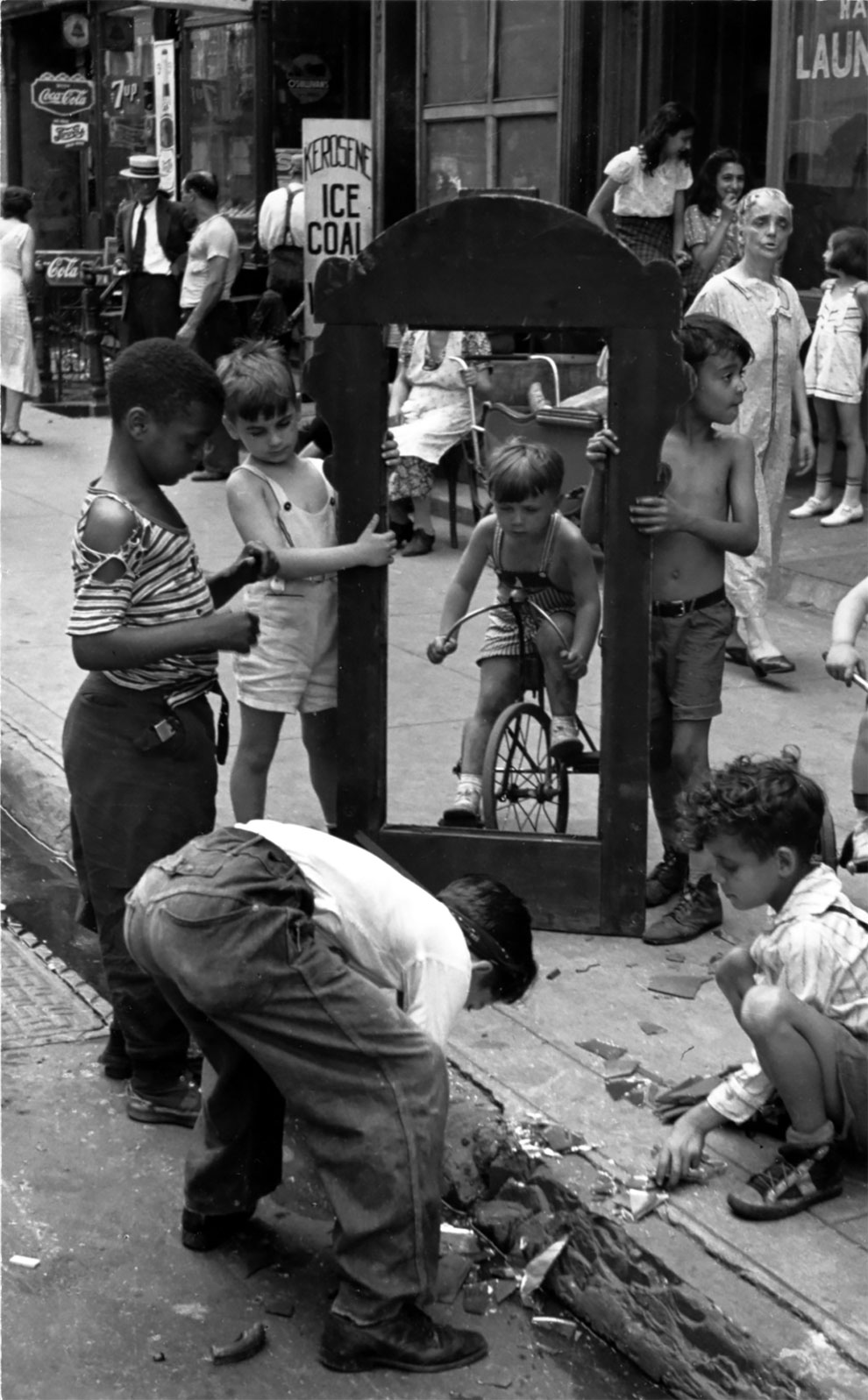 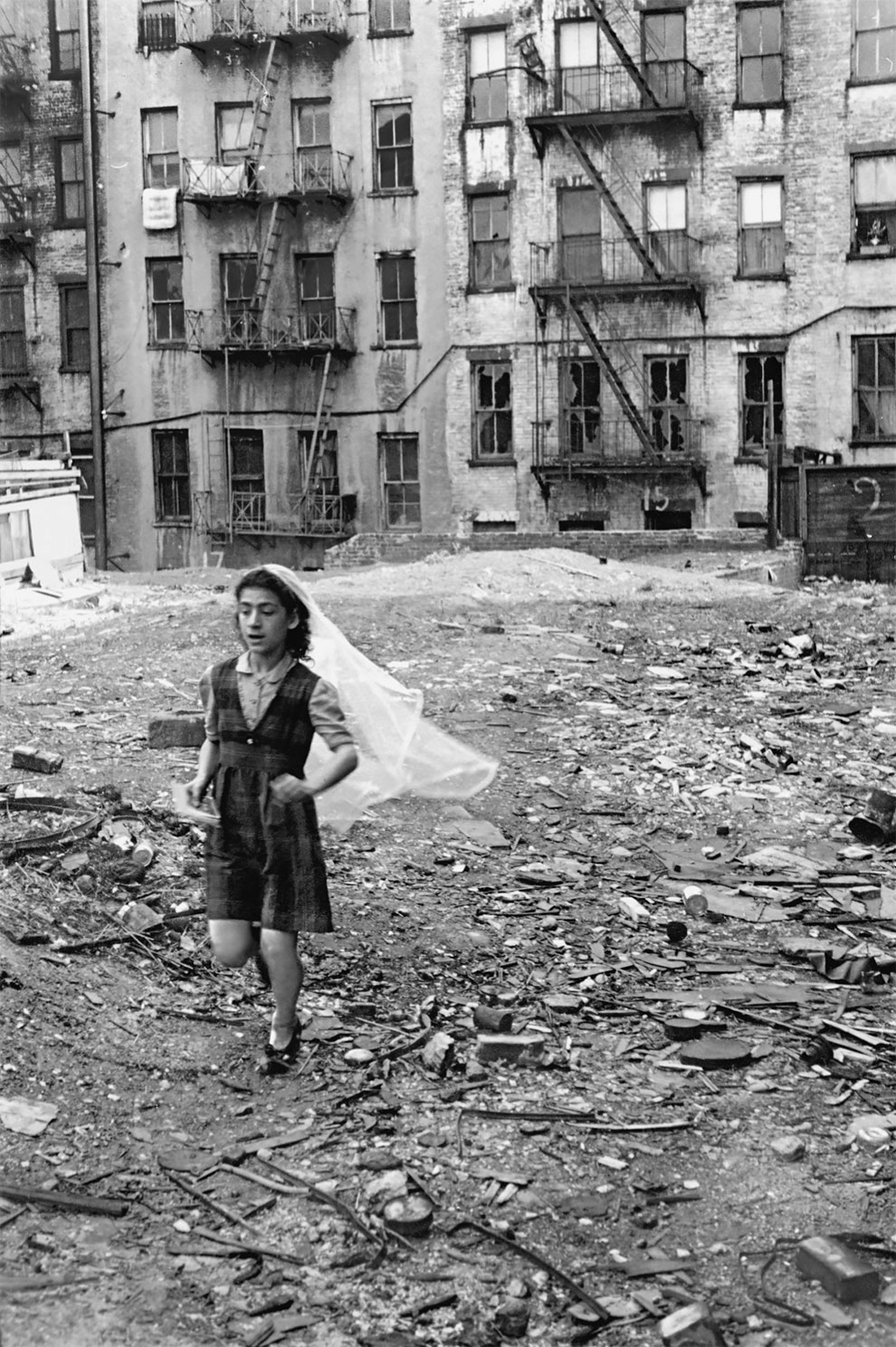