Some call those photos propaganda, some are being nostalgic and think this was the best of what happened to Russia and her people ever. Those photos are very bright and show a really bright side of life in the state which disappeared long ago. There are no actors in the photos, no models, just people caught having a good time. Take a look at this really interesting set of photos. 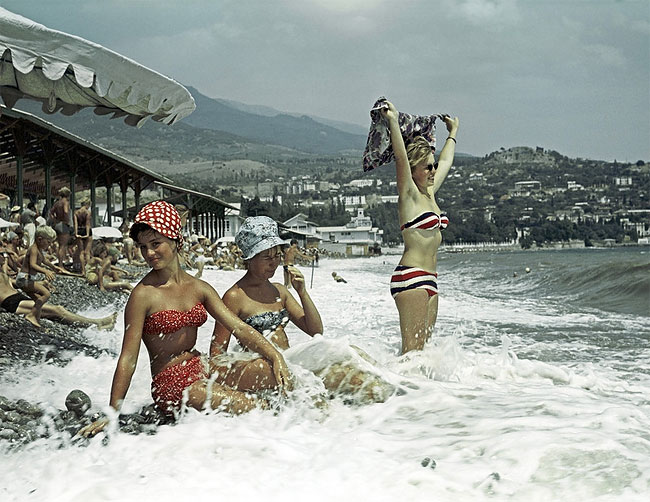 “Den Neptuna” or Day of Neptunus in youth camp in 1975. This was a must have holiday for all people spending their vacation on the Black Sea to dress up and party in Roman Neptunus style. 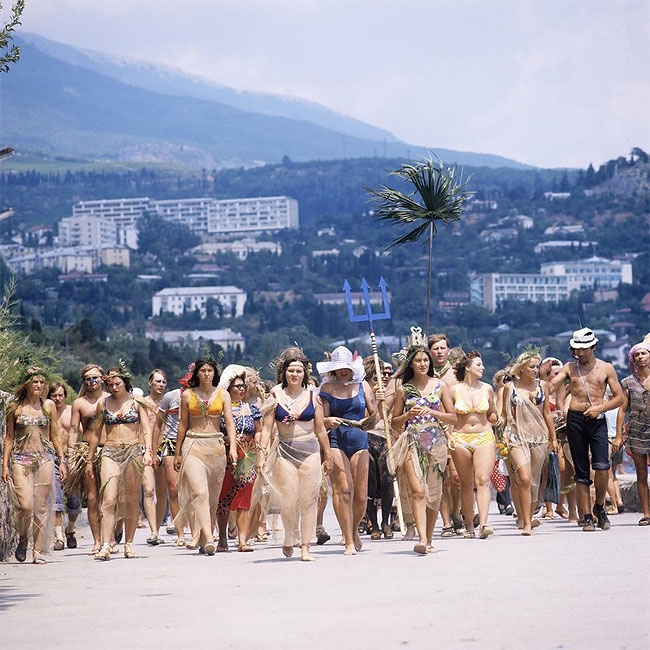 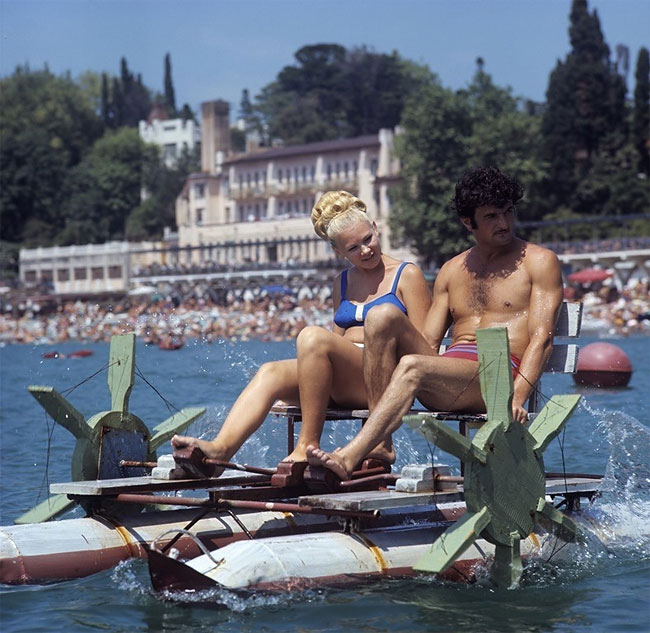 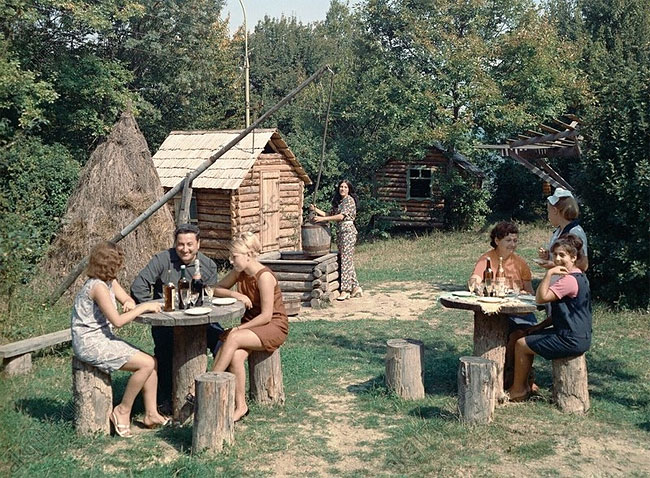 Yacht voyage in Moscow region in 1963. 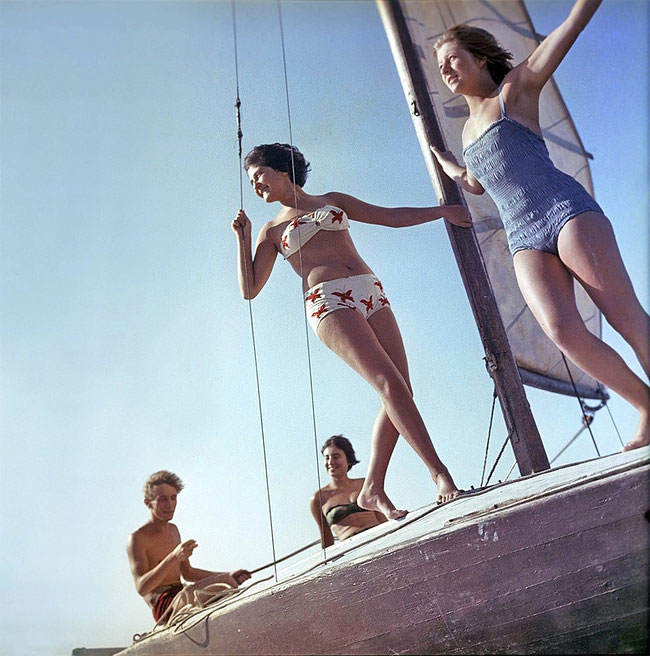 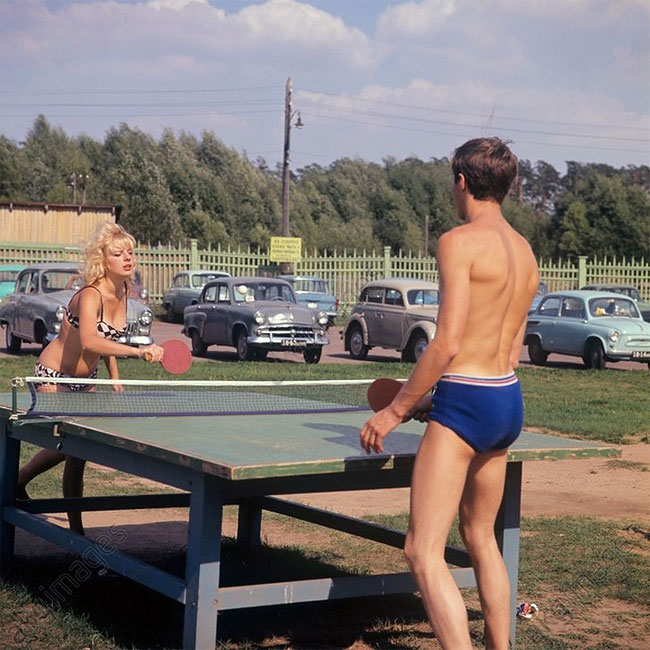 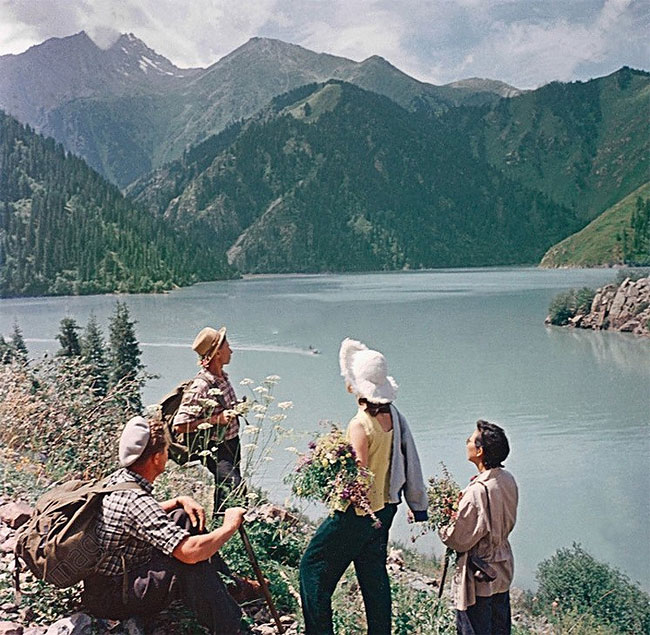 Wine tasting in Novorossiysk in 1980s. 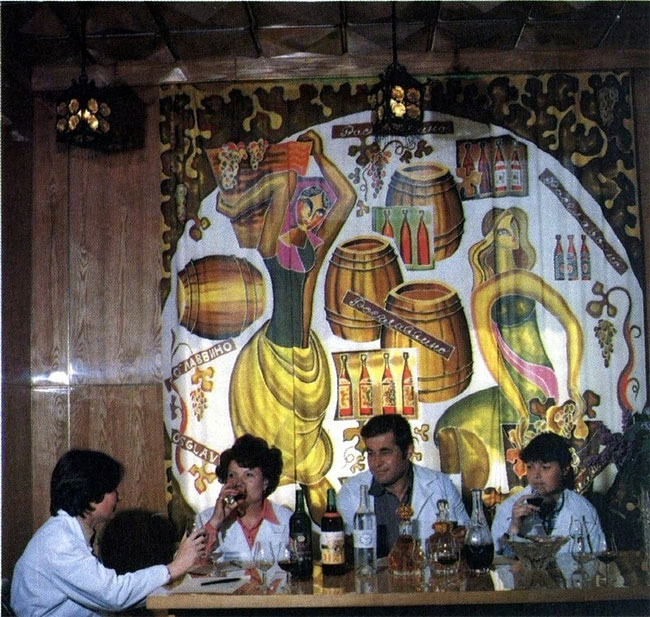 Having picnic on Don river shore in 1978. 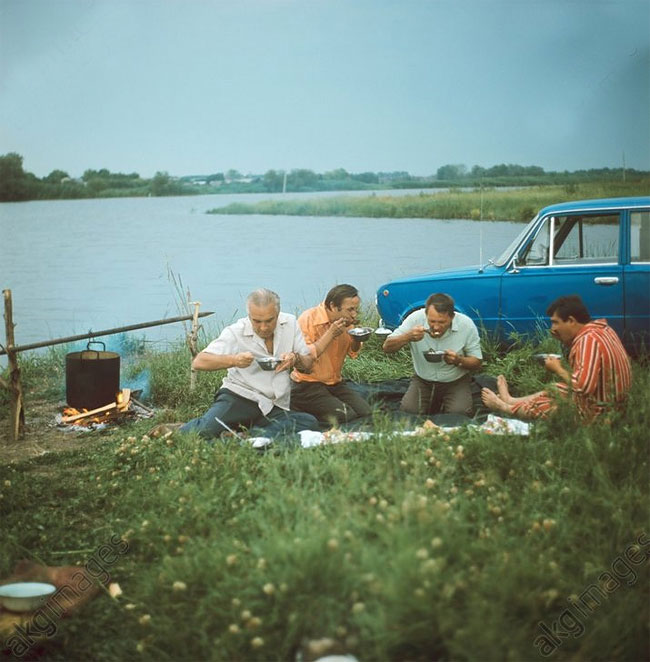 “White Nights” in Leningrad – group of students celebrate their graduation. 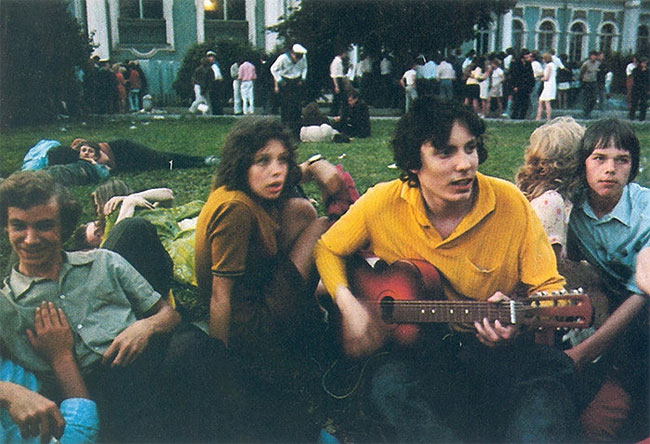 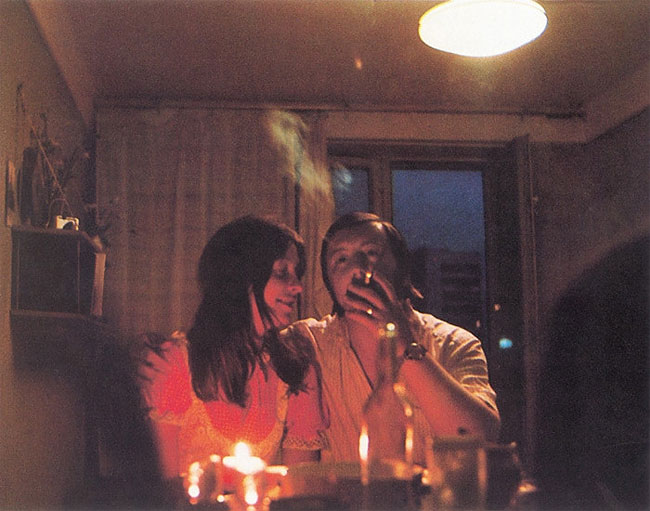 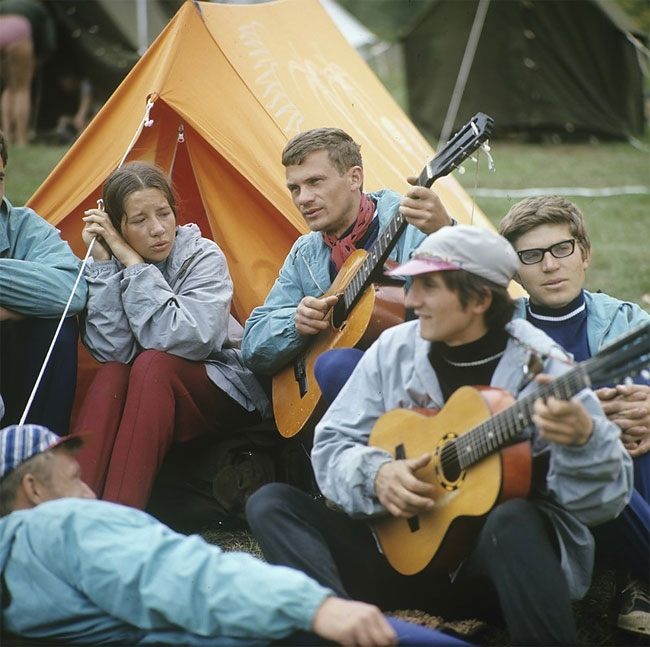 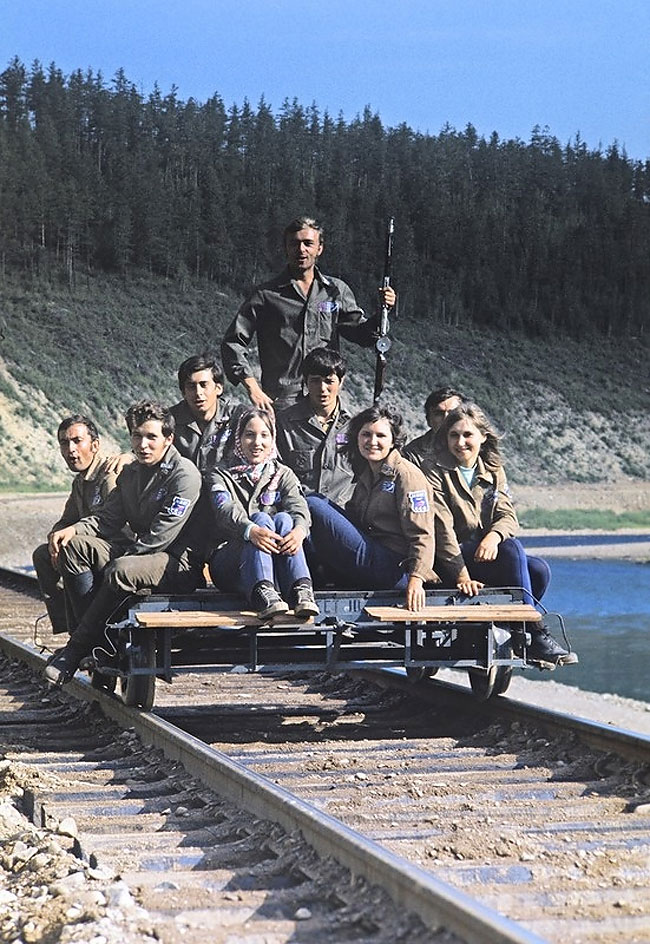 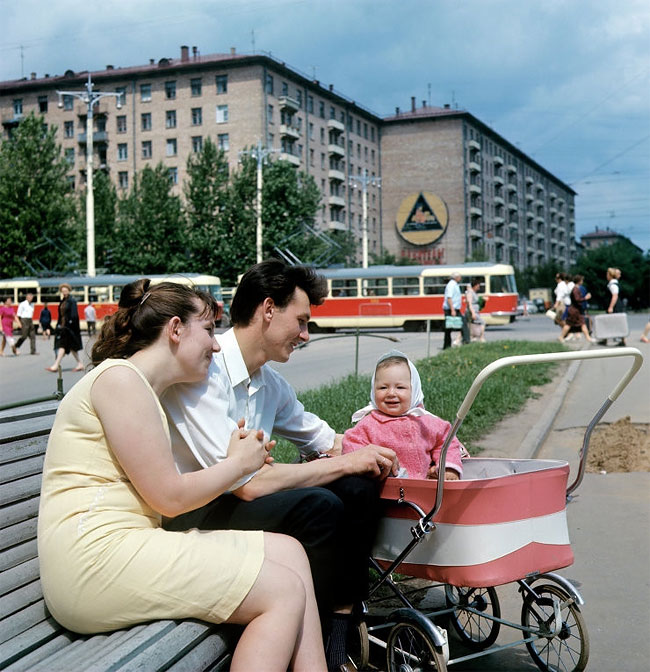 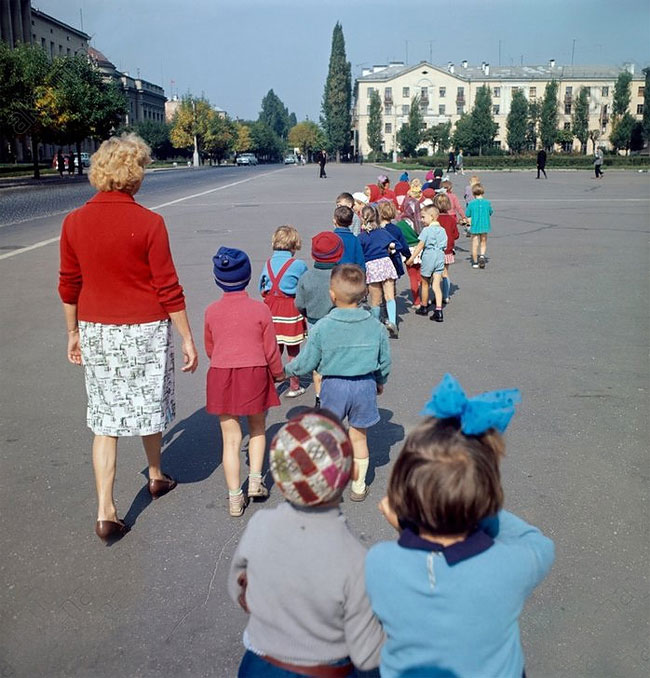 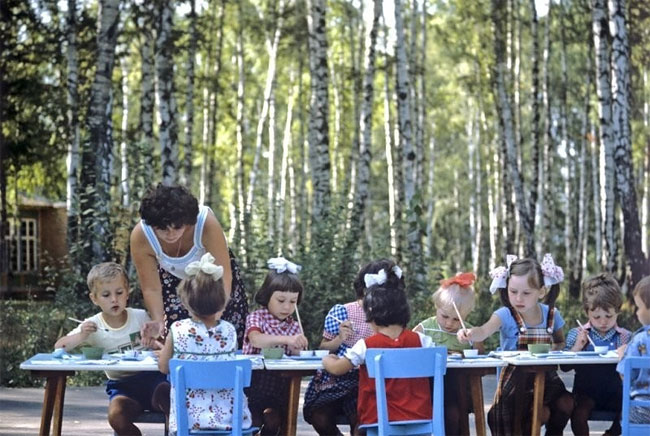 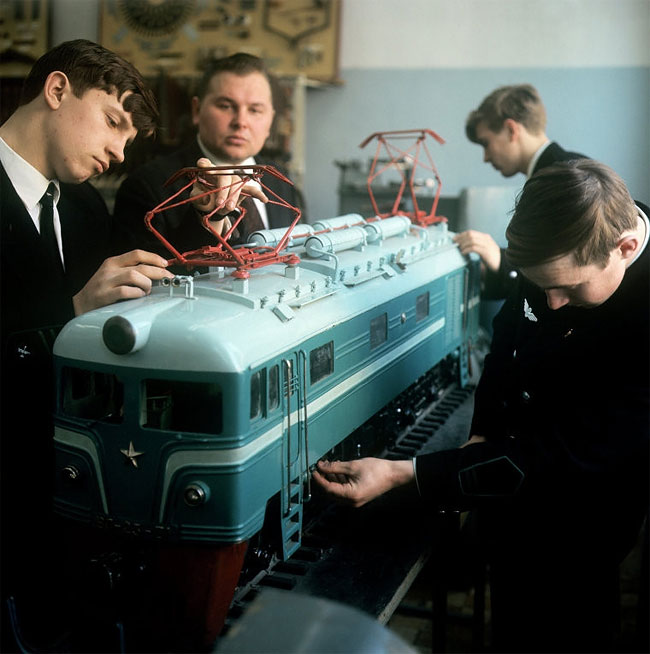 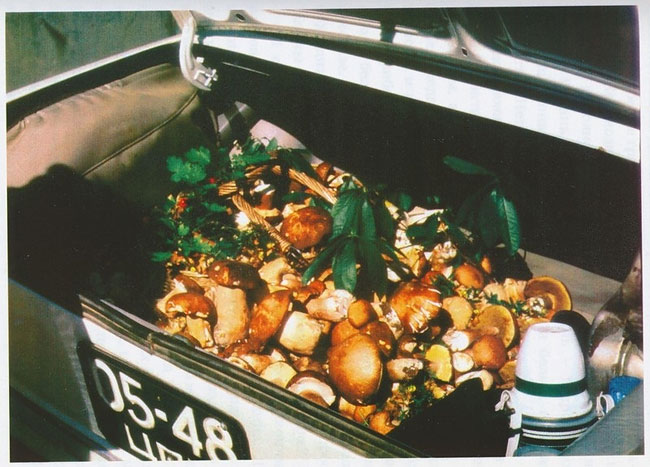 Portrait Series Of Immigrants Restages And Signifies The Importance Of African Settlers In Europe Throughout History And Present Day
"Tokyo Compression": These Images Of Japanese Commuters Are Not For The Claustrophobic
Photo of the Day: Dirt
Romanian Artist Colorized Black And White Photos To Bring Memories To Vivid Reality
Burnouts by Simon Davidson
These Eerie Photos By Aakaash Bali Bring Nostalgic Comfort To Some Or A Sense Of Unease To Others
Photographer Fell In Love With Iceland And Moved There To Capture Its Captivating Nature
Photographer Decided To Include People In Her Photographic Series “Cats In Venice” And Something Beautiful Happened
People Of The World: Māori In Stunning Photographs By Jimmy Nelson
Unexpected Coincidences On The Streets Of New York That This Russian Photographer Managed To Capture On Camera
French Photograher Captured Stunning Pictures Of Post-Soviet Holiday Camp In Artek, Crimea
Still Life in 1960s New York in Beautiful Memorabilia Photographs by Evelyn Hofer
Inside Ciccolella, Italy's Leading Producer of Cut Flowers
Spectacular Winning Photos of The Wildlife Photographer of the Year 2021
Clever Illustrations Of “Same” Words That People Confuse Way Too Often
When Photos Looked Like Paintings: Dreamy Landscape Photographs Taken By Leonard Misonne
Japanese Photographer Has Spent 15 Years Creating Vivid Portraits Of People Surrounded By Their Belongings
Photographer Hitchhikes Across Europe To Take Powerful Portraits Of Self-Ruling People
Bizarre Beauty Pageants: Vintage Photos Of Hot Dog Queens From The Mid-Century
Living Sculpture Mari Katayama
Spectacular Winning Images of the International Portrait Photographer of the Year 2021
Self-Taught Kenyan Photographer Captures The Beauty Of Black Female Models
Trapped Raccoons Saved from a Waste Container
Beautiful And Never Seen Vintage Soviet 'Antonov' Plane Ads
bright, moments, people

A Century of Gorgeous Portraits from The Photographers 2015
Spectacular Wining Photos Of The Siena International Photo Awards 2018
The People of Gran Turismo
Inside the World of Men and Dolls
This Artist Uses Image Editing To Sculpt Icebergs, And No Icebergs Were Harmed In The Making Of This Art
The Original Hells Angels: Amazing Photographs Capture Daily Life Of A Notorious Biker Gang In California In The 1960s
Breathtaking Underwater Photography By André Musgrove
We’re No Angels, But We’re Still Wonderful
These Color Photos of Paris Were Shot 100 Years Ago
Venice Beach Roller Skaters: Cruising The Promenade Of LA's Chillest Neighborhood
Source of inspiration since 2007. Proudly hosted by WebHostingBuzz.
Privacy Policy · Terms of Service · Content Removal Policy 🇺🇦 ❤️