Women Paint “Stockings” on Their Legs at a Store in Croydon, London, 1941 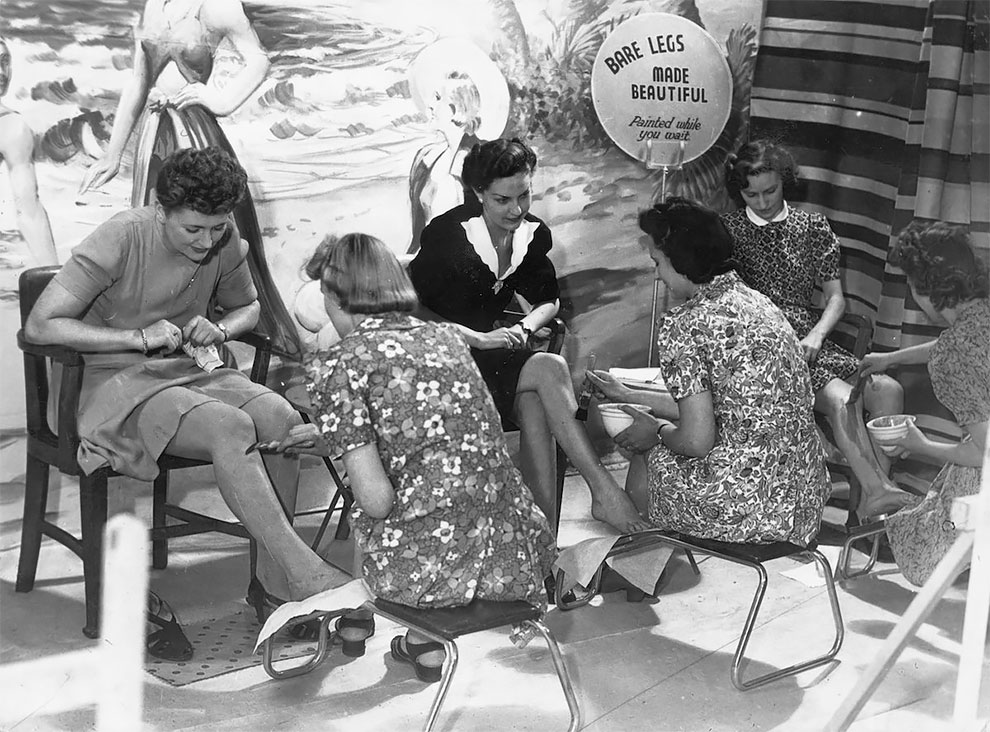 Wallace Carothers produced the first nylon fiber in 1935, but it was the 1939 World’s Fair that first introduced the nylon stocking to the public. It was marketed as a fabric made from “carbon, water and air.“ Cheap and durable, better in appearance than silk, nylon soon became the material of choice for manufacturing women’s stockings. 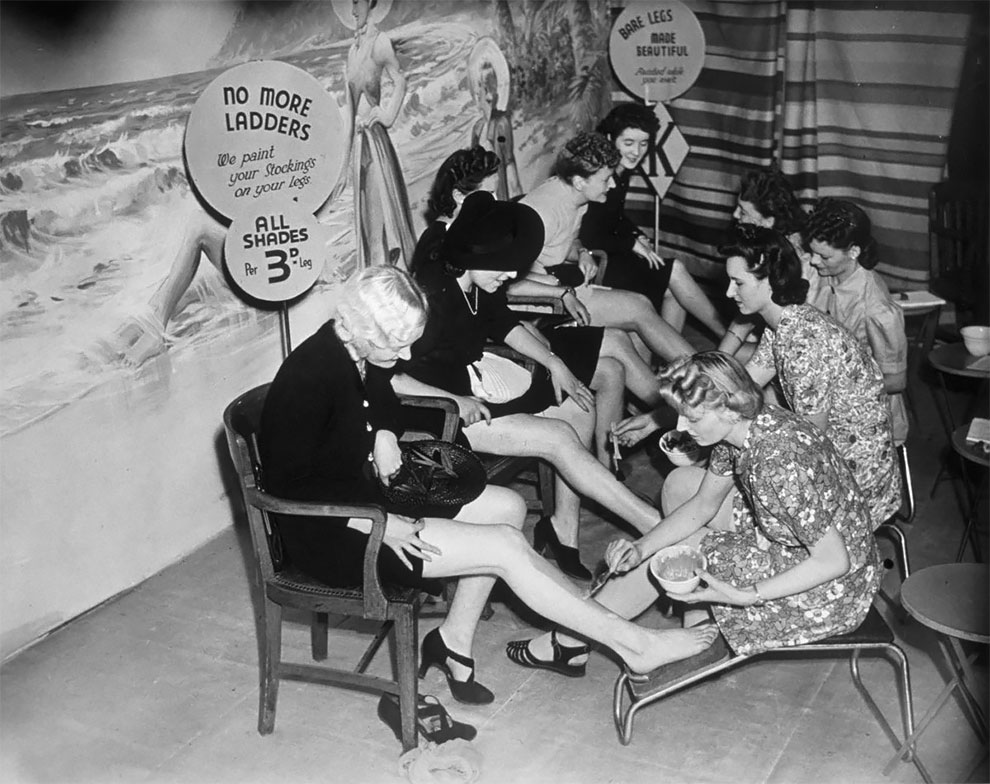 Nearly 4 million pairs could be bought in a single day in 1939. Then, due to the war, valuable resources and labor were redirected away from civilian production to provide equipment for the armed forces. 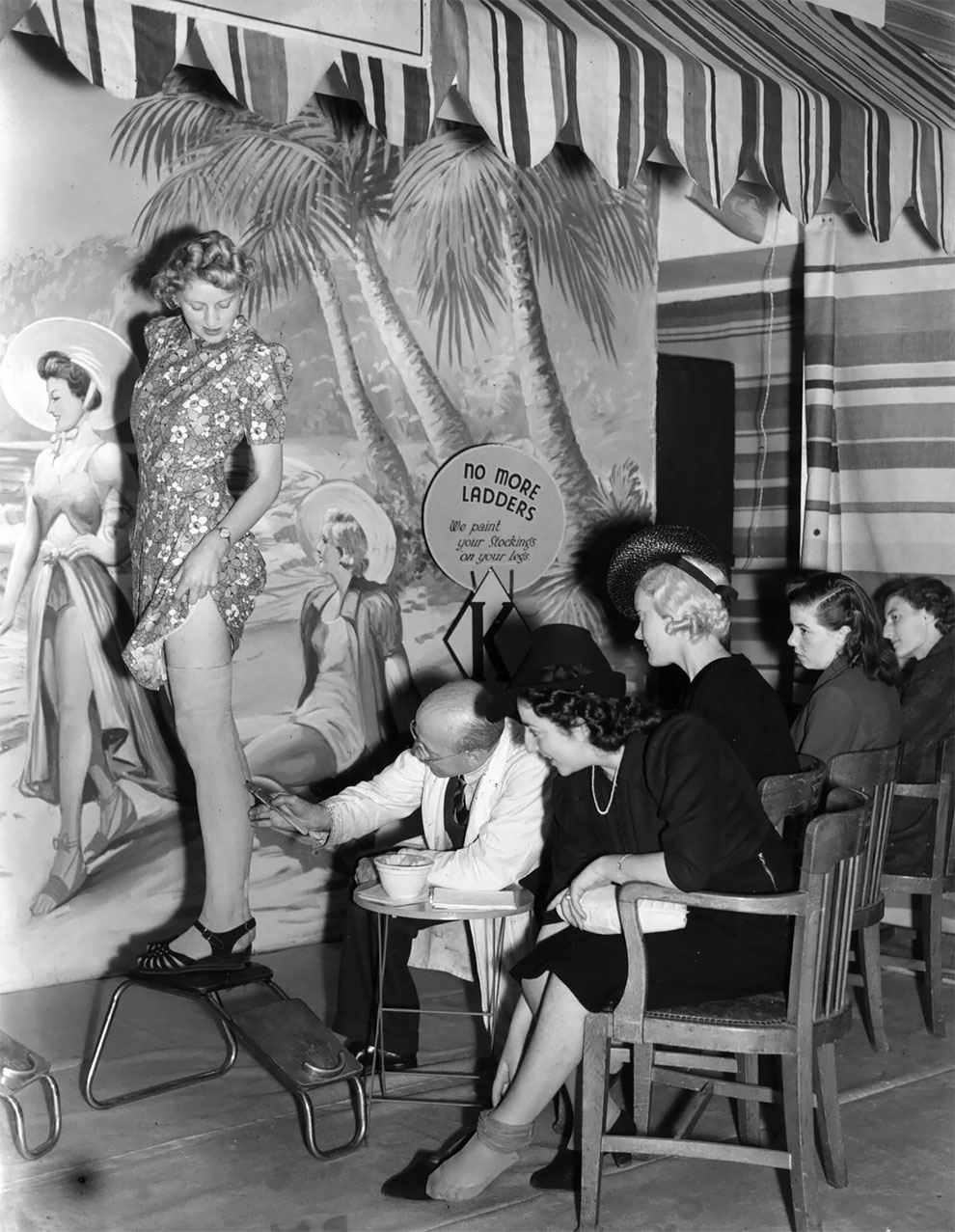 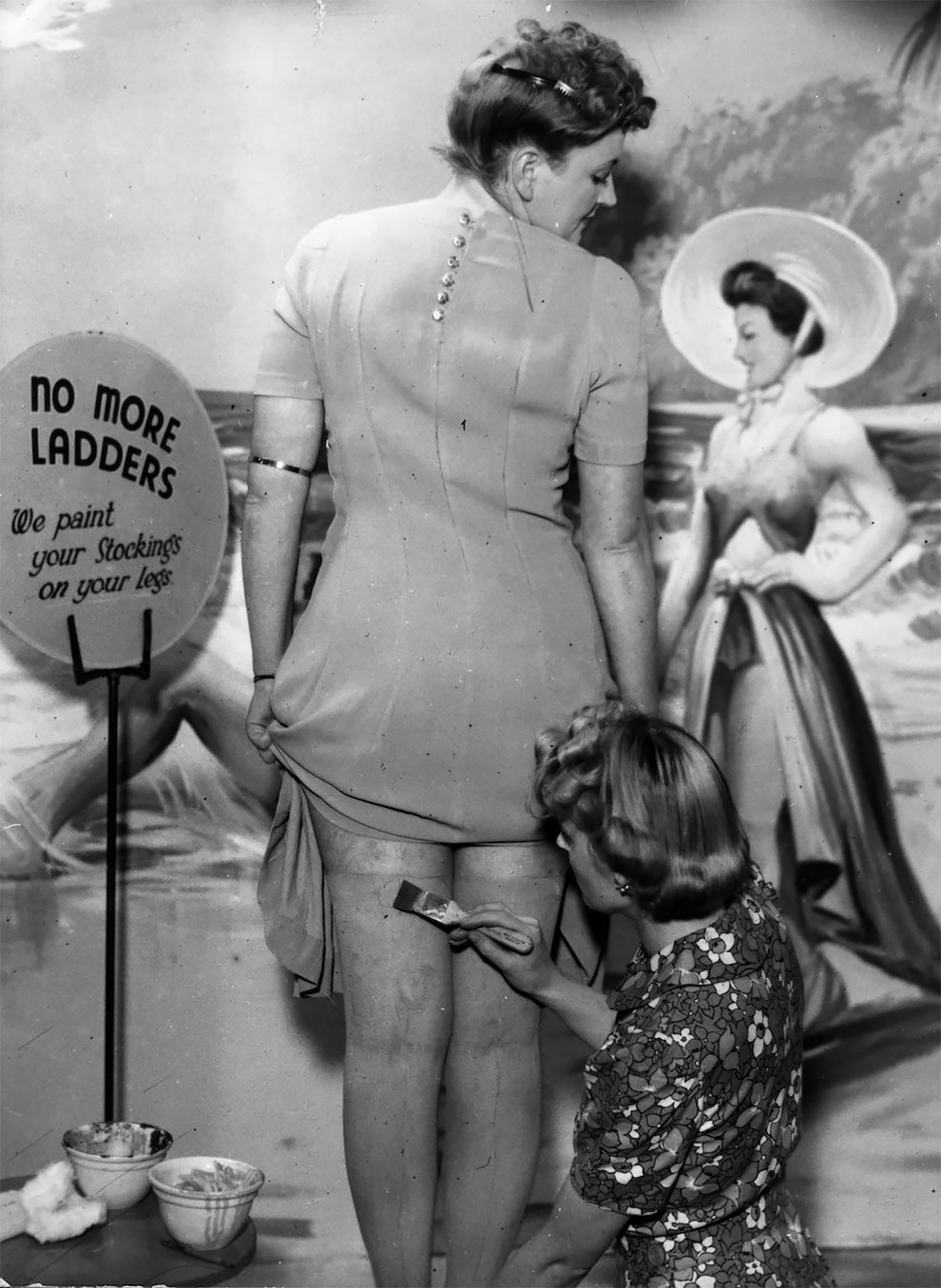