Phil Fisk’s portraits, commissioned to support the month long Circusfest 2012 at the Roundhouse, play the unorthodox and the mundane against each other to arresting effect. The staid and slightly drab “Britishness” of the settings – a windy beach, team building exercise, a council estate – is skewed by the unsettling physicality and slanted grace of his subjects. A contortionist emerges spider-like from a washing machine in a Brixton launderette; in a nursing home an elderly man’s body is borne skyward by some unknown force.

“I’ve done behind the tent, make-up stuff,” explains Fisk, “but contemporary circus performers are much more open to being given a role, so I tried to work with that.” 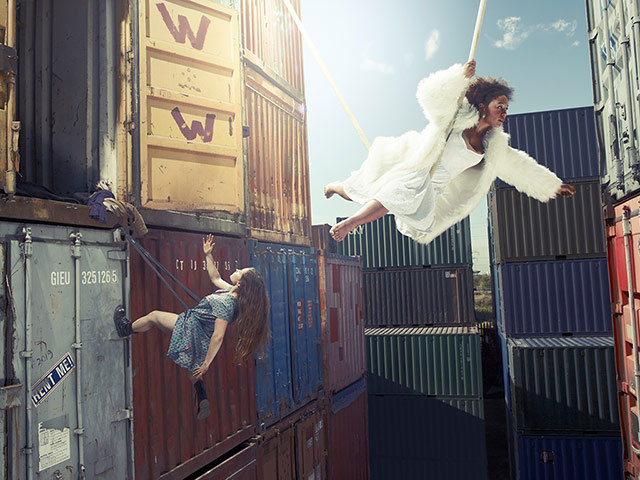 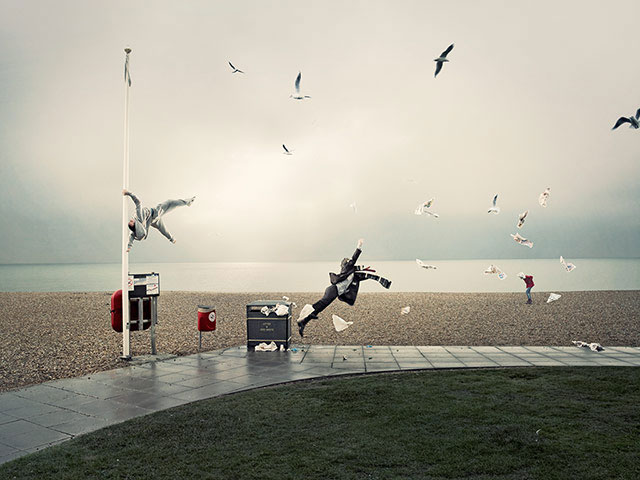 A contemporary nod to Jeff Wall’s ‘A Sudden Gust Of Wind’, itself based on a 19th-century woodblock print by Japanese artist Hokusai. 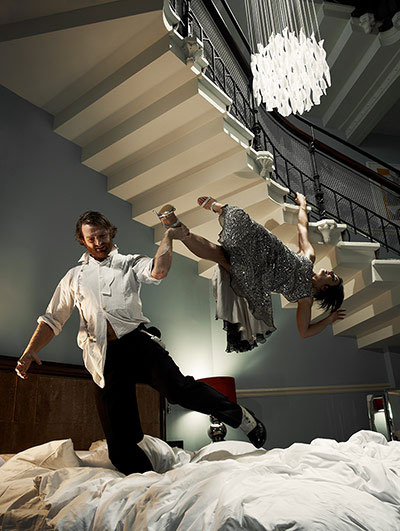 Is the man seducing the woman? Is she resisting? Compagnia Rasoterra use brutal physical acrobatics in their act to investigate subtle forms of sexual violence. 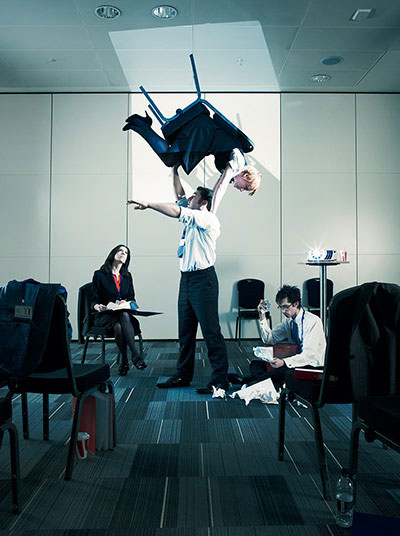 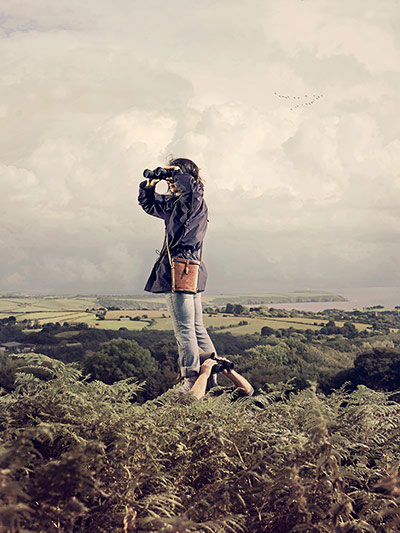 “This was originally supposed to be a three-man tower. Due to injury we ended up with two and I like it better. It’s subtler, you get the double-take effect.” 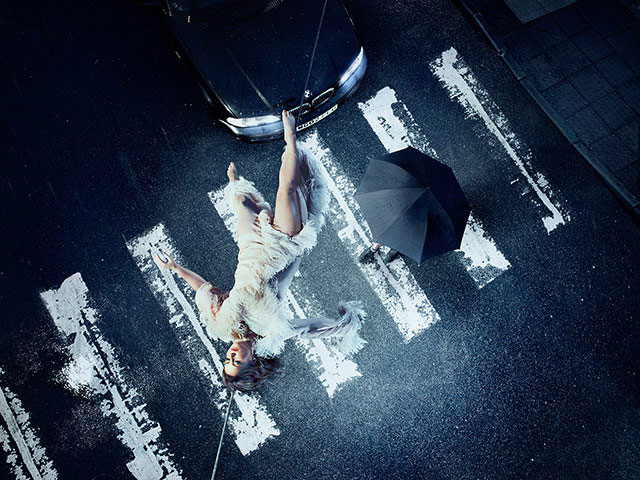 Fisk photographed Alana the reclining tightrope walker in the Roundhouse’s back yard using a rigger, a cherry picker and four tonnes of water. 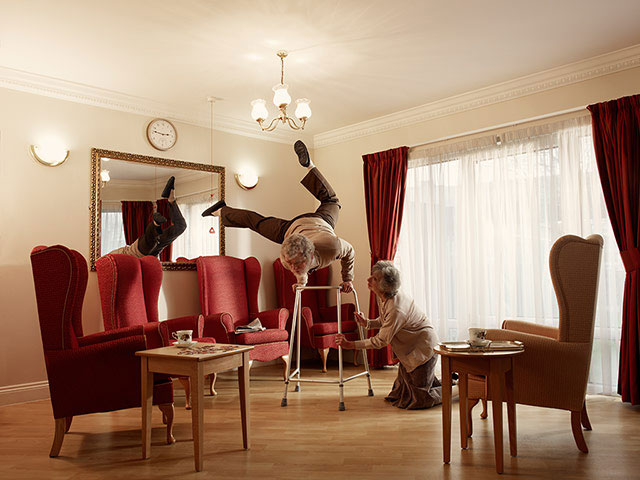 The “old man” is 25-year-old Chinese-pole acrobat Conor Neall, who spent three-and-a-half hours in makeup to achieve the effect. 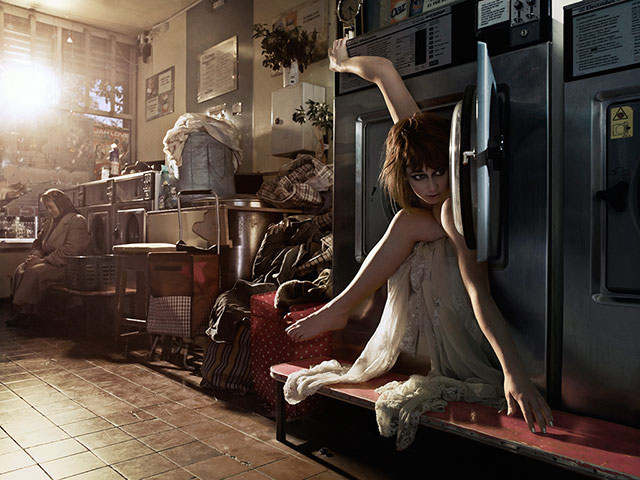 “She’s really coming out of the drum. We originally shot Lula Loop through the window on the machine door but you couldn’t see enough of her to identify what she was.” 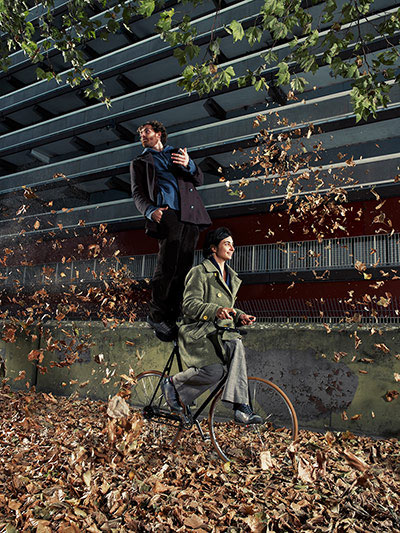 “Pastiches student posters of posh French films, pretty girls sat on handlebars. We reversed that, pushed the danger, and shot it on the Heygate estate in Elephant and Castle.” 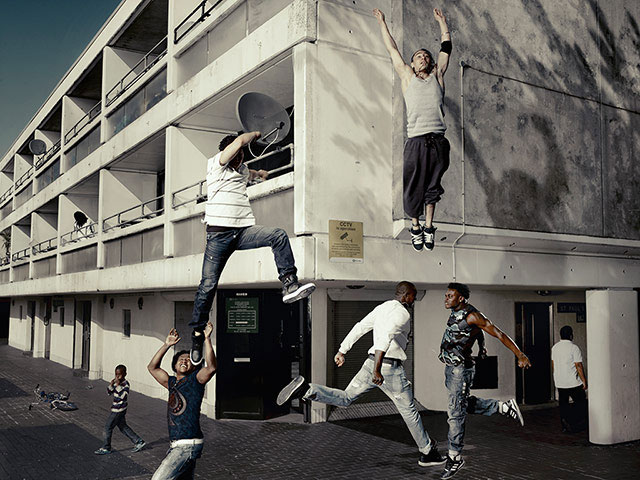 “They were a more traditional troupe. I had them enacting real hostility, but they wouldn’t stop smiling, all the way through.”