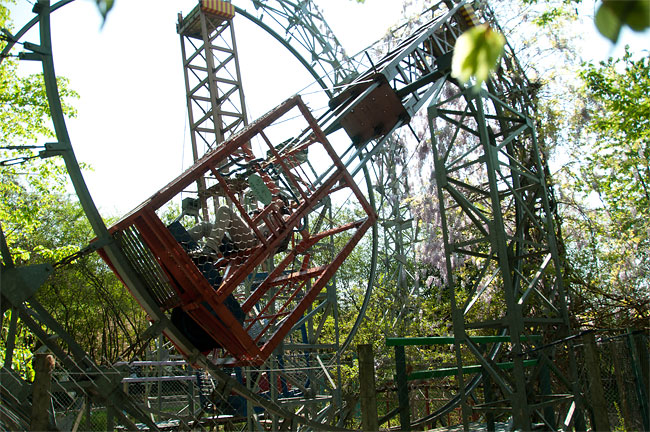 An Italian has created his very own theme park – built in his spare time over 40 years in the woods near his restaurant. The restauranteur, known only as Bruno, has hand-built the amusement park filled with swings, seesaws, a ferris wheel and even a roller coaster, in Montello, northern Italy.

Bruno started in 1969 shortly after setting up grill restaurant Ai Pioppi in northern Italy. He was looking for hooks to join chairs together in his restaurant when a local welder suggest he do the work himself. Since then, as well as building his restaurant to seat 500 people, he has also built increasingly bigger rides as part of his nearby hand-made amusement park.

The amusement park now attracts hundreds of fun-loving visitors, including Oriol Ferrer Mesia, who took pictures and video of his recent visit. 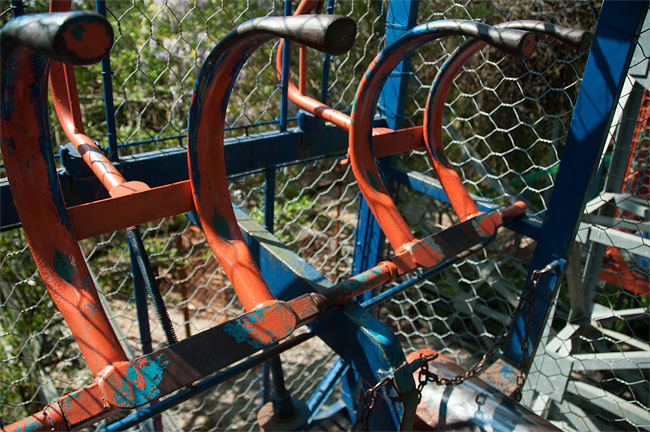 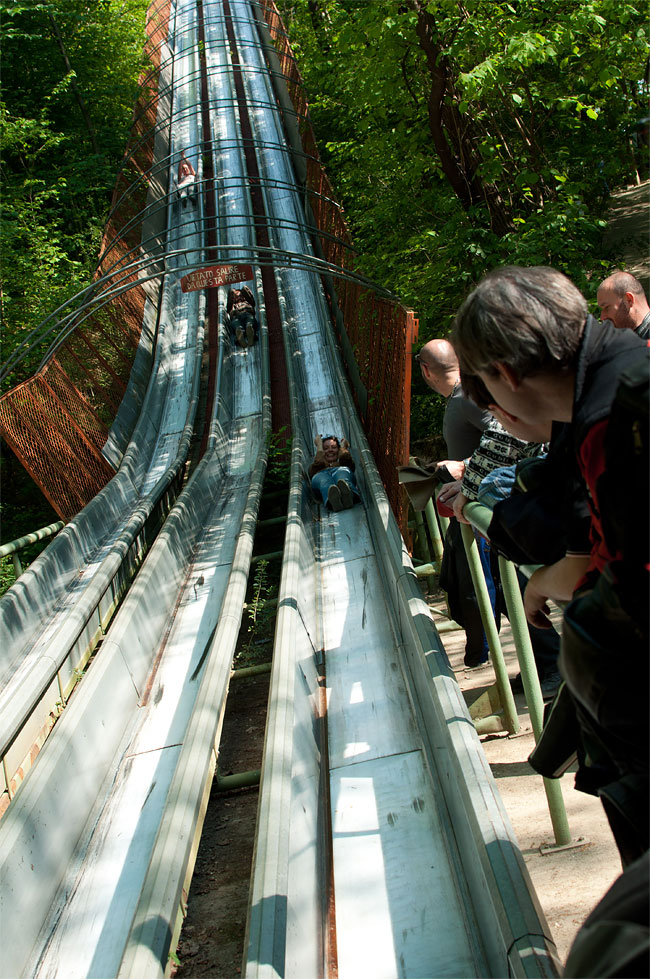 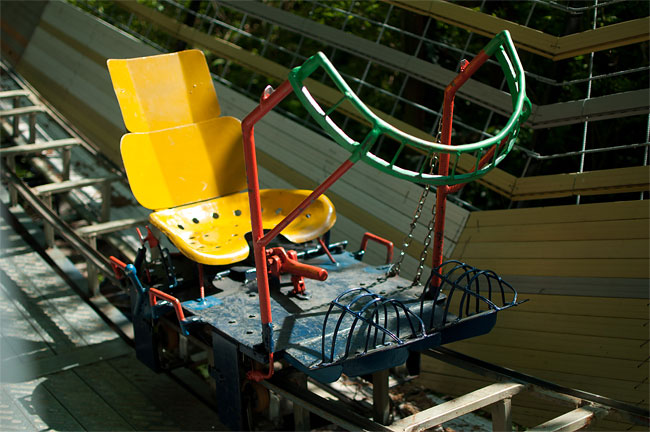 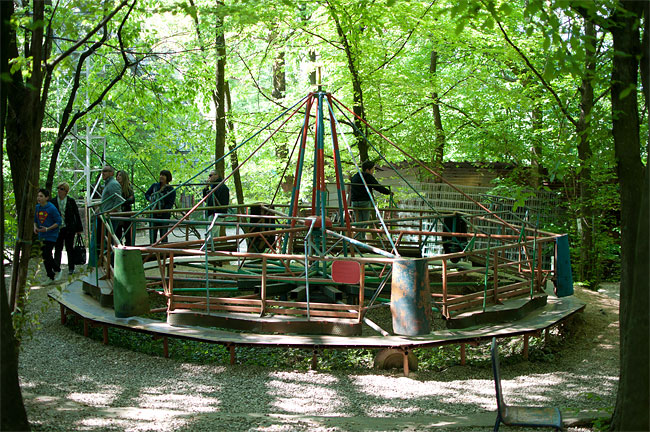 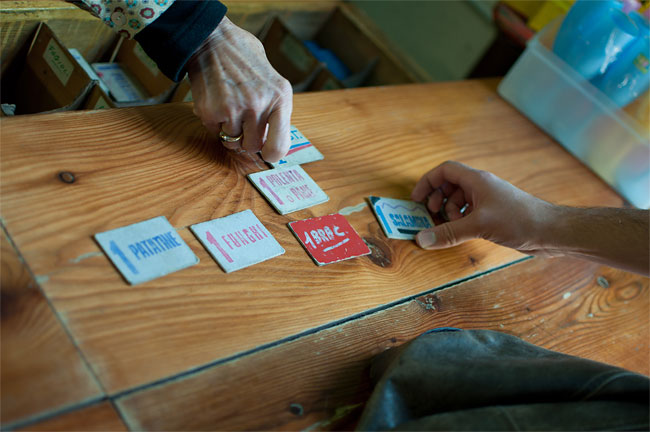 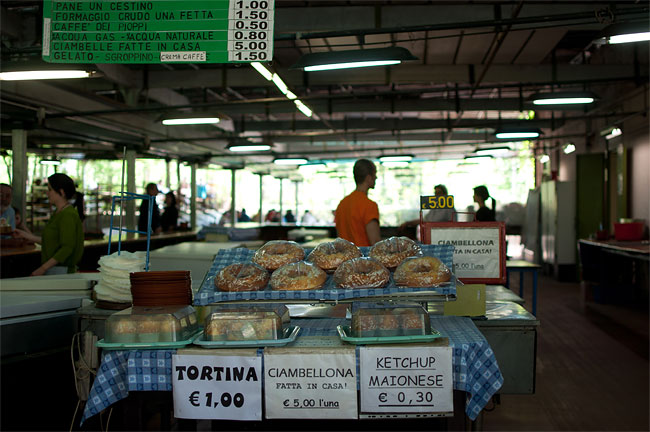 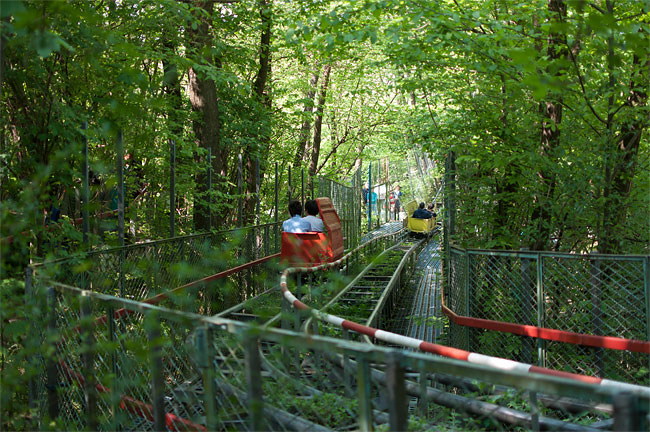 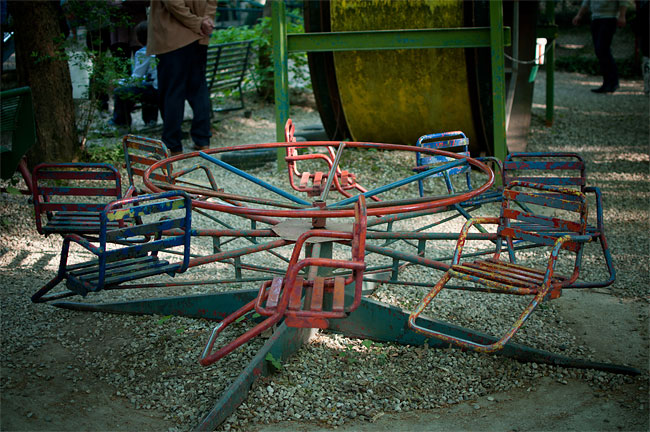 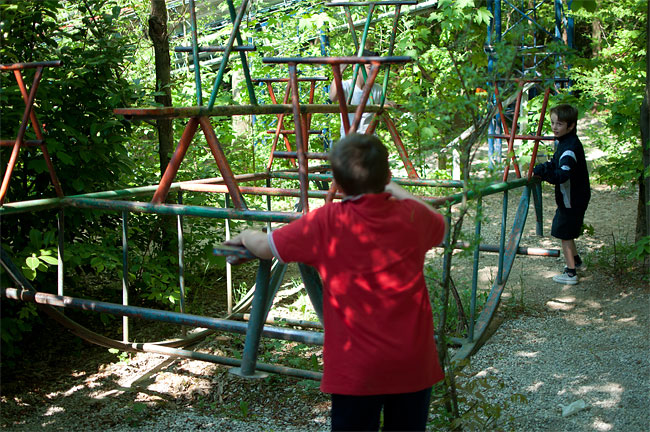 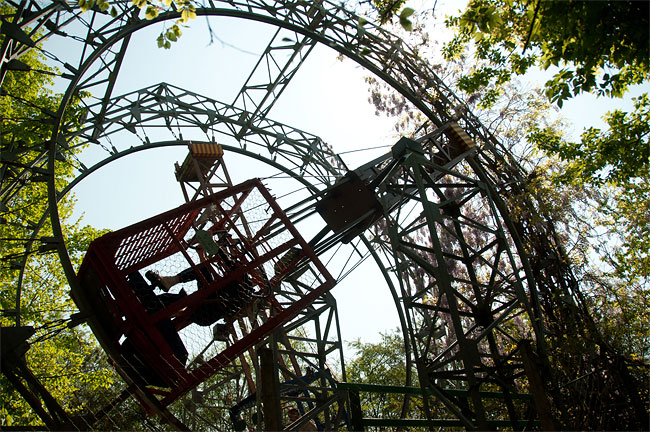 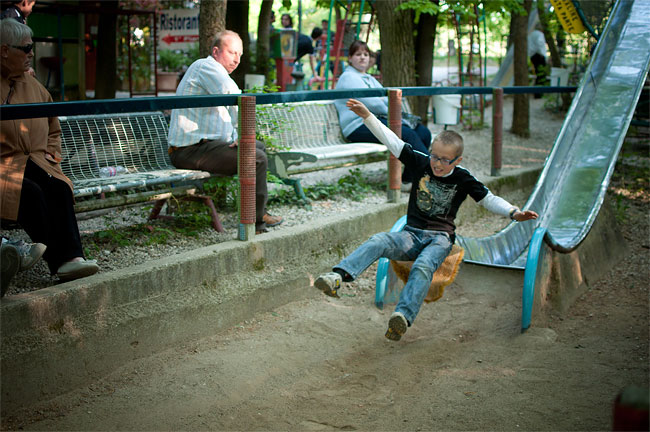 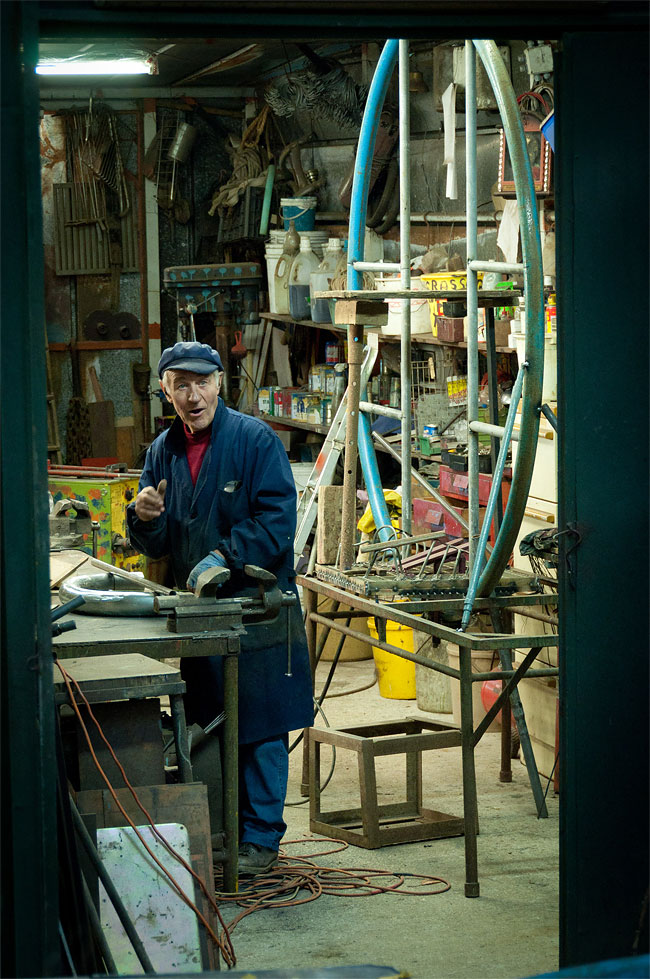 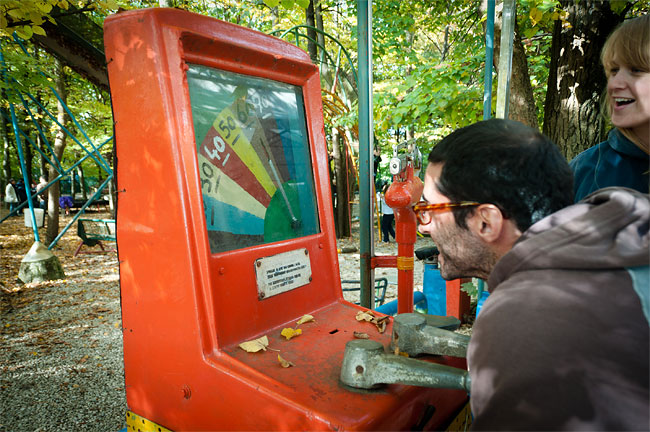 An Artist Has Completely Documented Her Two Years Of Travel By Painting In Moleskine Notebook
This Is What Happens When You Peel Off 30 Years Of Graffiti
Super Mario Inspired Cat Shelf
This Artist Has Spent 5 Years Doodling The Things He Loves About His Wife
LOTR's Rivendell Recreated with 200,000 LEGO Bricks
Japanese Designer New Years Cards 2014
This Building Uses Emoji Cast In Concrete As Modern Gargoyles
A 17-Years-Old Croatian Artist Creates Fantastic Surreal Landscapes Inspired By Her Childhood Memories
Clare Sams, Textile Artist
Polish Stalkers Turned The Lights On In Pripyat, 31 Years After Chernobyl Nuclear Disaster
The Time Machine: Halloween Through the Years
Grave Interruption: Building Around a Tomb in China
Beauty Over 100 Years Ago: 35 Stunning Postcards Of Beautiful Girls In Over The World From The 1900s And 1910s
The Finalists For The 2017 Art Of Building Photography Awards
Sprout A Pencil That Grows
Would You Feel Safe In A Building Like This?
Chinese Province Spends $73M To Reproduce Century-Old 'Ancient Town'
Austrian Woman Used A Mix Of Concrete And Dish-Washing Detergent To Build This Amazing Dome House In Costa Rica
Bottom Feeders by Mary O’Malley
Probably, The Best Movie Posters From The Last 10 Years
Giant Lion Carved From Single Tree By 20 People In 3 Years Becomes The World’s Largest Redwood Sculpture
Italian Pastry Chef Creates Miniature Worlds With Desserts
Brutalist Breuer Building Owned By IKEA Could Become Hotel In Connecticut
Surreal Abandoned Building From Kamchatka
amusement, building, italian, restauranteur, spends, years

These Color Photos of Paris Were Shot 100 Years Ago
Protect Yourself from Google Streetview with a Pixelhead
Man Builds Amazing Igloo Using Frozen Milk Cartons
Pixelated Christmas Ornaments For Your Retro Christmas Tree
Man Makes Letterbox Shaped Like .44 Magnum Revolver
Artist Spends Up to 8 Hours on Beautiful Sand Paintings that will be Swept Away by the Wind
Otaku In Osaka
A 18 Years Old Girl From Slovakia Creates These Beautiful Photos
Sprout A Pencil That Grows
Bruce Campbell's Boeing 727 Home Project
2007 ‒ 2023 by Design You Trust. Proudly hosted by WebHostingBuzz.
Privacy Policy · Terms of Service · Content Removal Policy ❤️ 🇺🇦