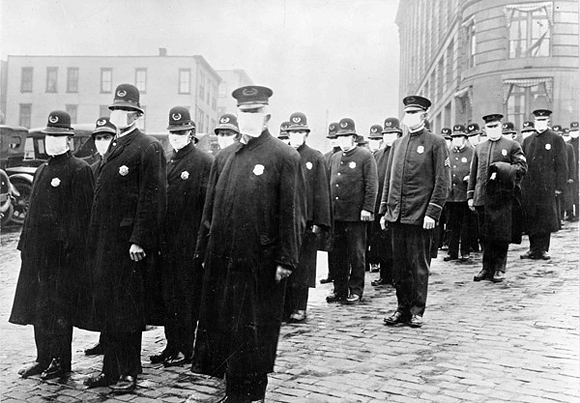 Policemen in Seattle wear masks during the 1918 influenza pandemic. 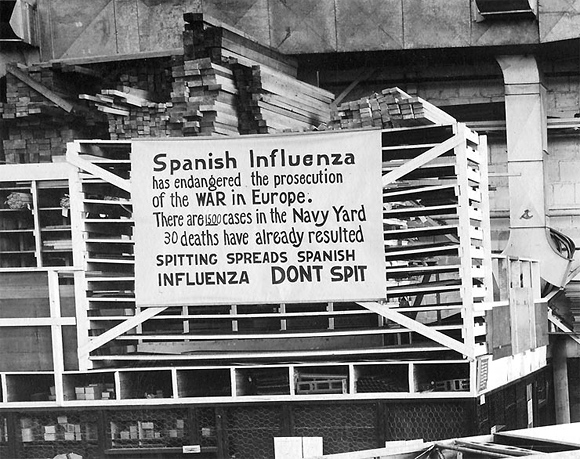 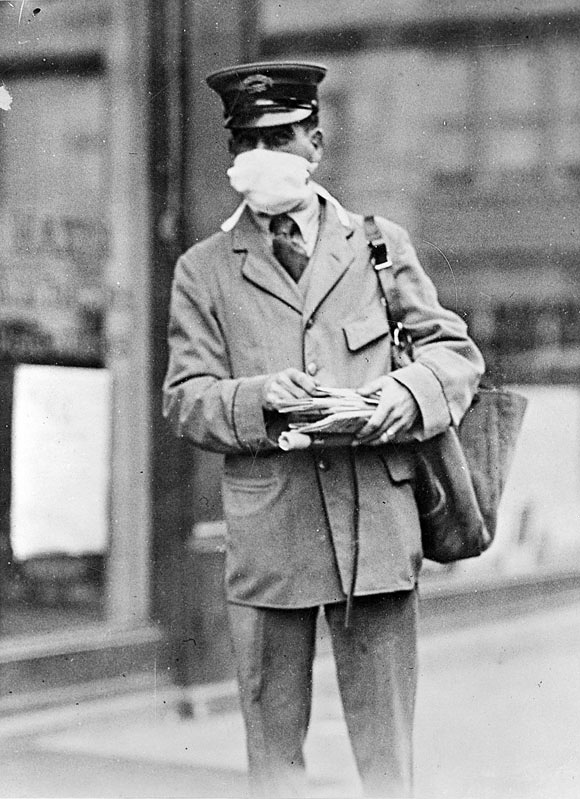 Letter carriers, mass transit workers, and others who came in contact with the public, were especially vulnerable to disease. Wearing a face mask helped them avoid contagion. 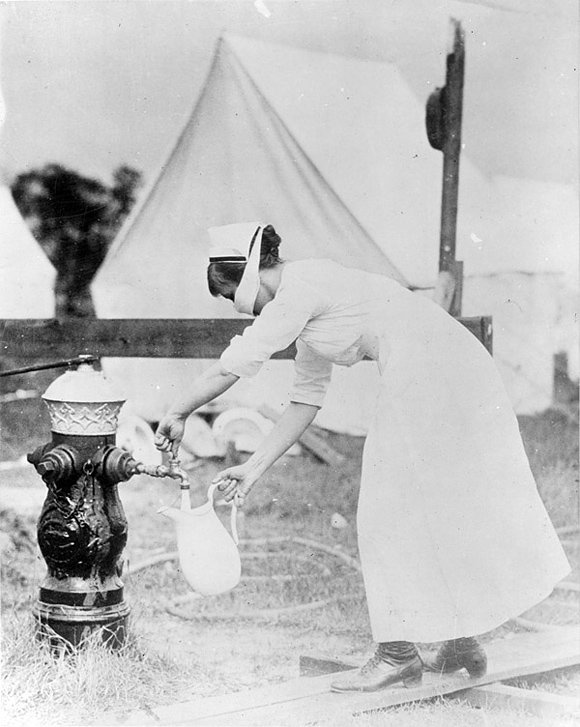 Nurse wearing a mask as protection against influenza. September 13, 1918. 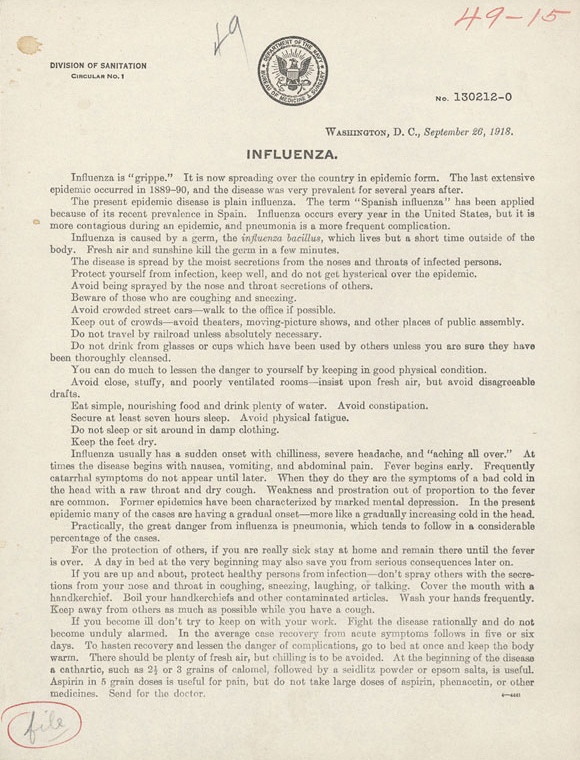 The Navy Department tried to prevent the spread of the influenza by educating sailors about protecting themselves. In Circular No. 1, the Navy’s Bureau of Sanitation suggests fresh air, adequate sleep, and fluids to stay healthy. 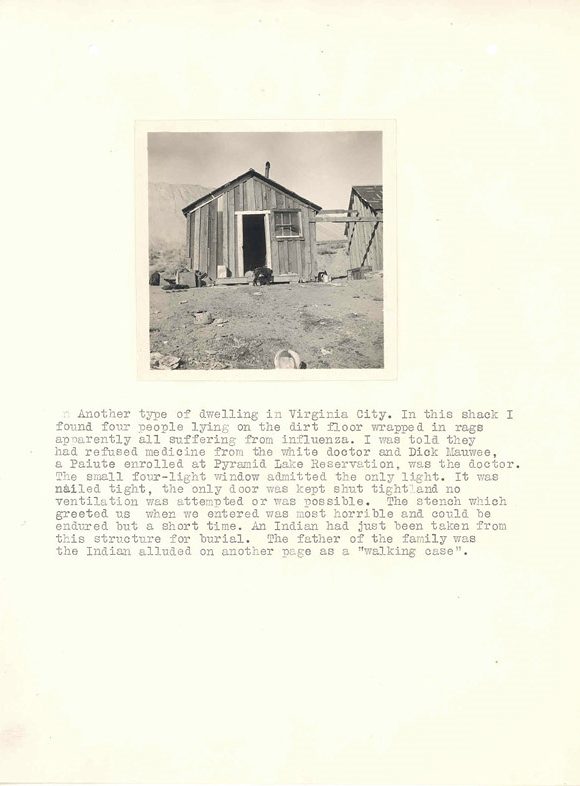 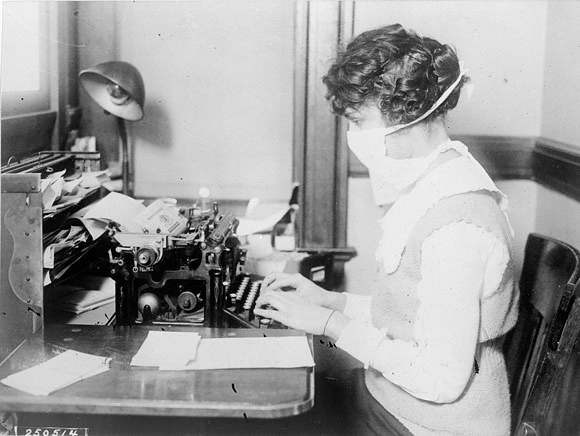 The flu prevented day-to-day operations from going smoothly. Officials advised all persons to wear face masks, even indoors. Many believed that a person could contract the disease by handling documents and equipment. 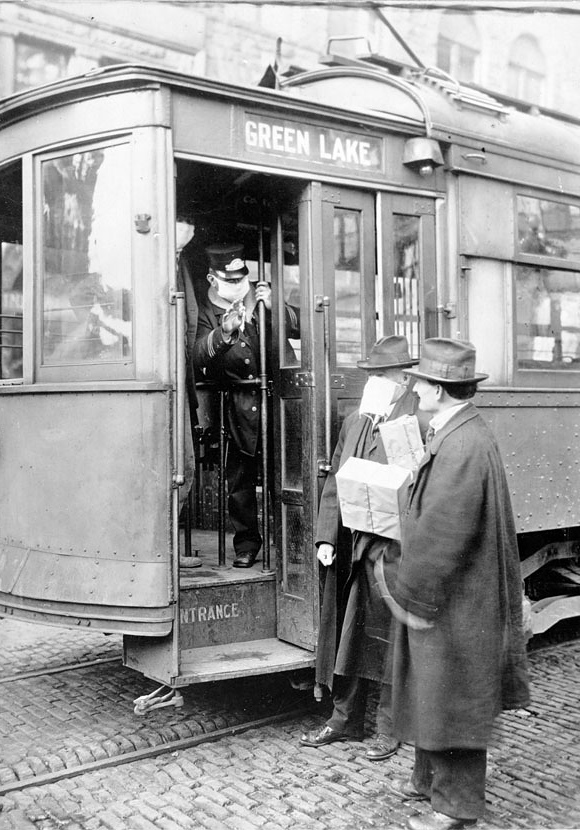 Street car conductor in Seattle not allowing passengers aboard without a mask. 1918.

Mass transit systems, with crowds of people in close quarters, were fertile venues for the spread of disease. In Seattle, public health officials required passengers and employees wear masks as a precautionary measure. 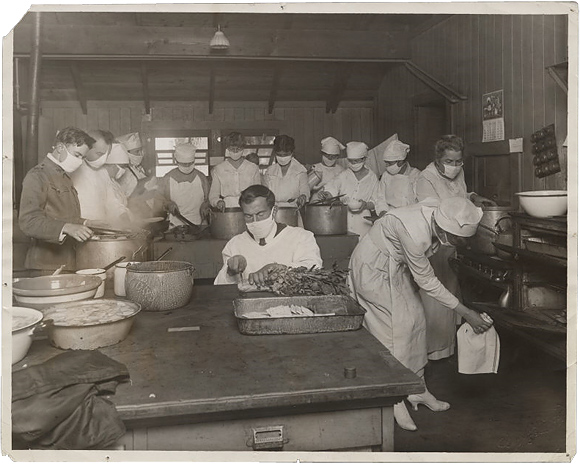 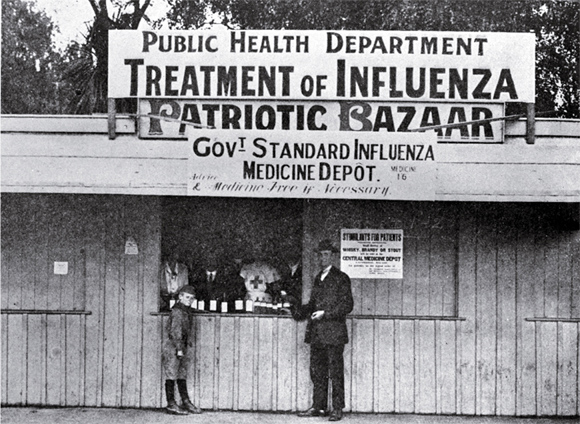 The medicine depot in Cathedral Square where the Government standard influenza medicine was supplied, 1918. 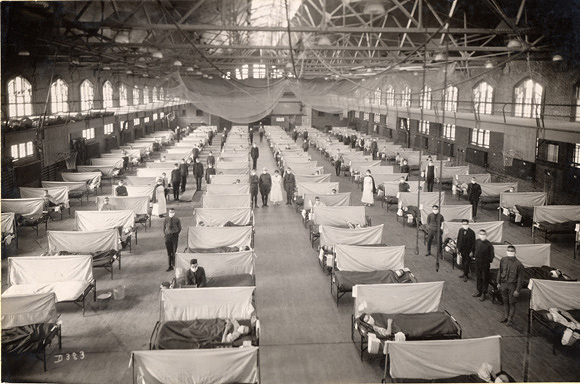 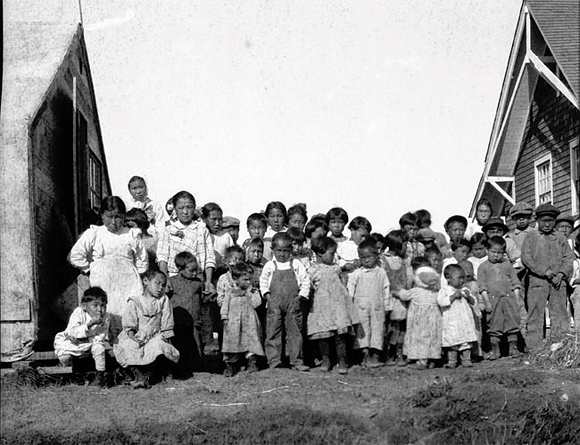 Children in the remote Alaskan village of Nushagak survived the 1918–1919 influenza pandemic. However, most of their parents and grandparents succumbed to the 1918 pandemic virus, probably because they had not been exposed to an earlier H1-like influenza virus as a result of their geographic isolation. The photograph was taken in the summer of 1919. 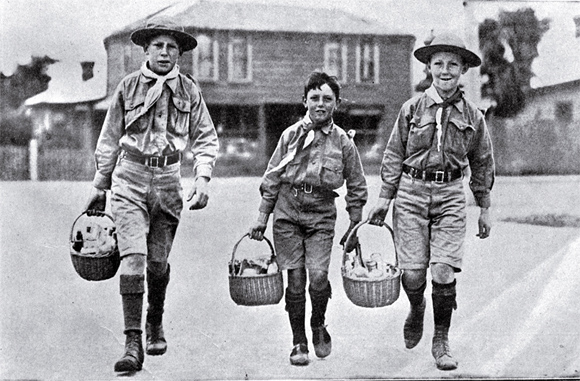 Cheerful boy scouts acting as messengers to distribute food and medicine to patients at their houses during the influenza epidemic, 1918. 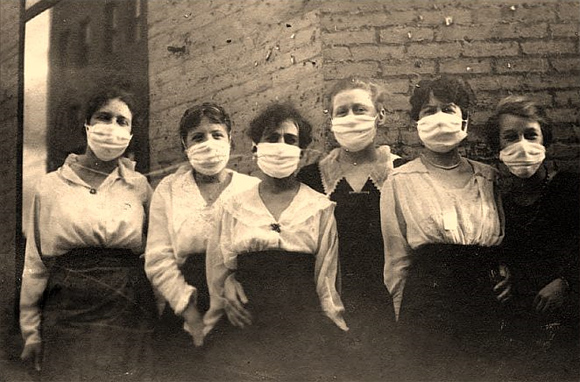 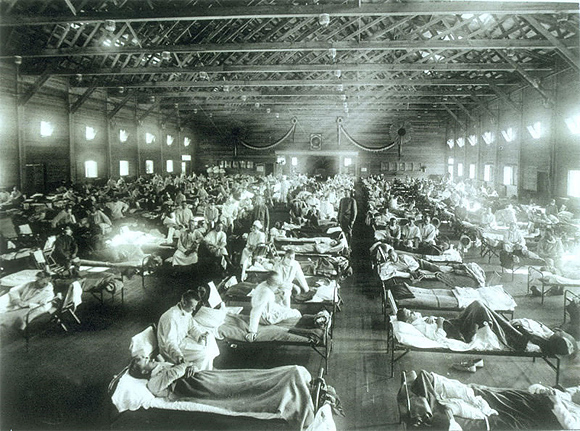 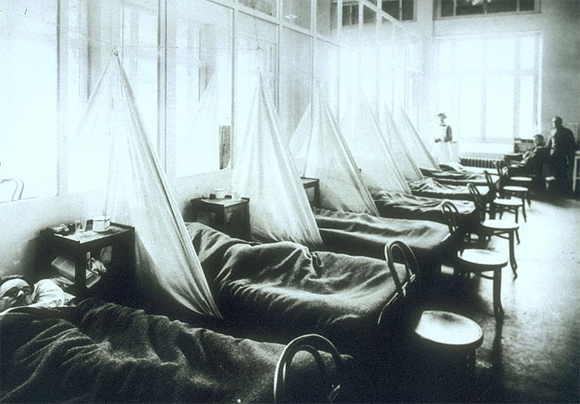 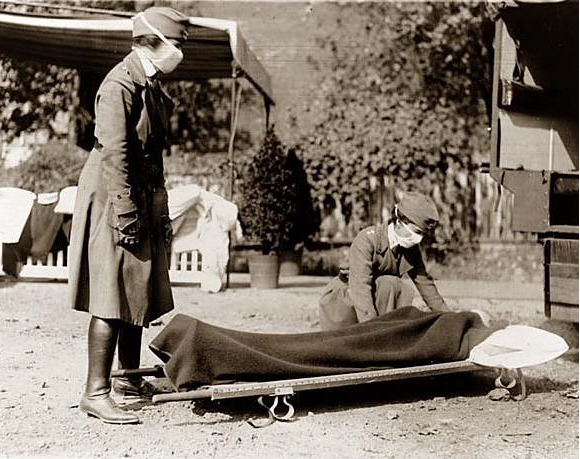 Demonstration at the Red Cross Emergency Ambulance Station in Washington, D.C., during the influenza pandemic of 1918. 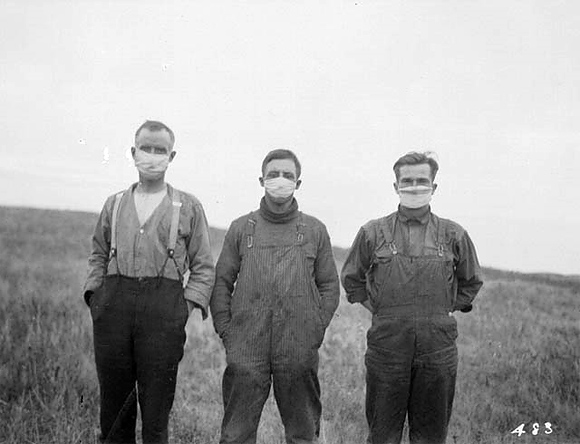 The Spanish flu killed 21 million people worldwide in 1918-1919, including some 50,000 Canadians. It was brought back to Canada by returning troops and made its way into the remotest communities. A number of villages in Quebec and Labrador were almost totally exterminated by the disease. 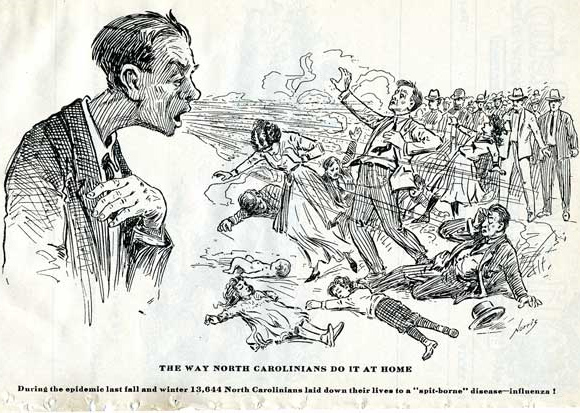 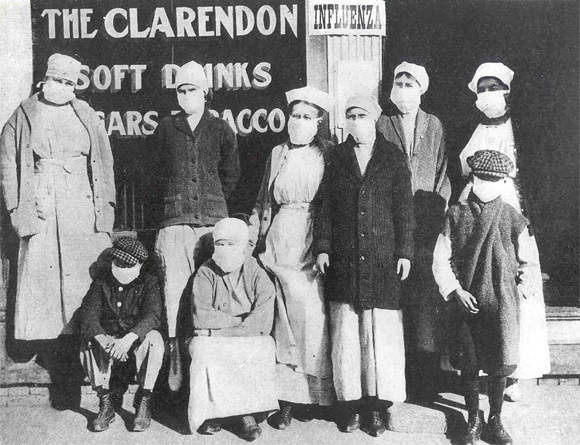 Although people dutifully wore masks, these provided only a very limited protection against the influenza virus. 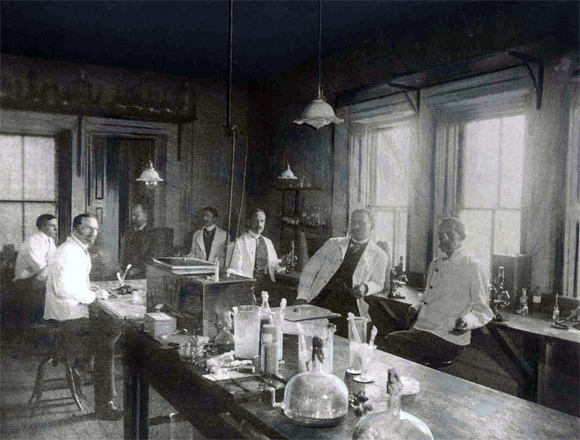 Scientists conducted research in laboratories in the early 1900s. 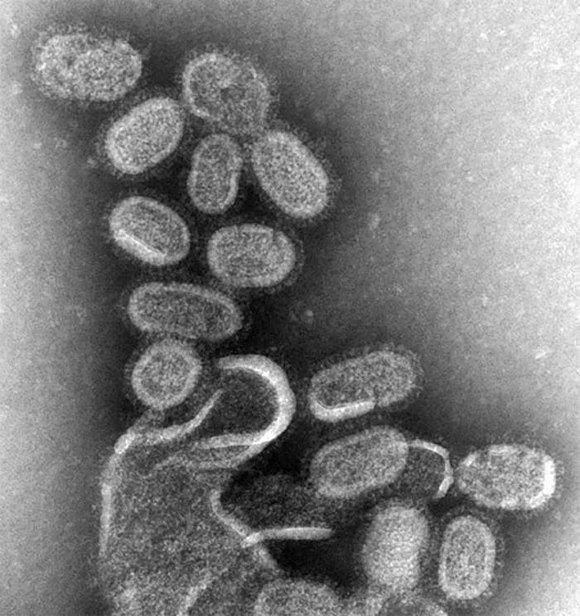 Fascinating Photos That Capture Everyday Of Oahu Beaches, Hawaii In The Early 1970s
The Spectacular Winners Of The 10th iPhone Photography Awards
Is This The Most Glamorous Dog In The World?
French Artist Creates Surrealistic Images That Show A Post-Apocalyptic World Overtaken By Nature
A Man Studied Photography In Prison. These Are The Photos He Took When He Got Out.
The Royal Observatory Greenwich Has Just Unveiled the Winners of The Coveted 2020 Astronomy Photographer of The Year Awards
Spectacular Winning Photos of The Wildlife Photographer of the Year 2021
The Tattoo Erasers
"Lost In Time": Photographer Goes In Search Of Russia’s Least Known Museums
Eerie Black And White Photographs That Show London Fog Scenes From The Early 20th Century
Miniature Absurdist Scenes With A Darkly Satirical Twist By Frank Kunert
2013 World Architecture Festival
The Unforgettable Images Of Legendary Photographer Bruce Davidson
Most Handsome, Best Dressed, Most Popular, Best Legs – Yearbook “Class Favorites” From The 1970s
Photo Series Reveals How Our Facial Expressions Change When We Get Undressed
XCIA: Street Illegal
Synchronistic Images Captured In Soviet Era Swimming Pools By Photographer Maria Svarbova
Unconventional Tourist Photographs Reveal What’s Behind the World’s Most Visited Sights
15 Awe-Inspiring Photographs To Make You Fall In Love With The World All Over Again
Hilarious Images From The Opening Scenes Of Adult Movies
Changing Cities: The Overlapping Of Past And Present
Inside of Blizzard's Office
Artistic Fine Art Portrait Photography By Cristina Otero
"The Way We Fall": Eerie Illustrations Of An Apocalyptical World By Yuri Shwedoff
history, influenza, pandemic, world