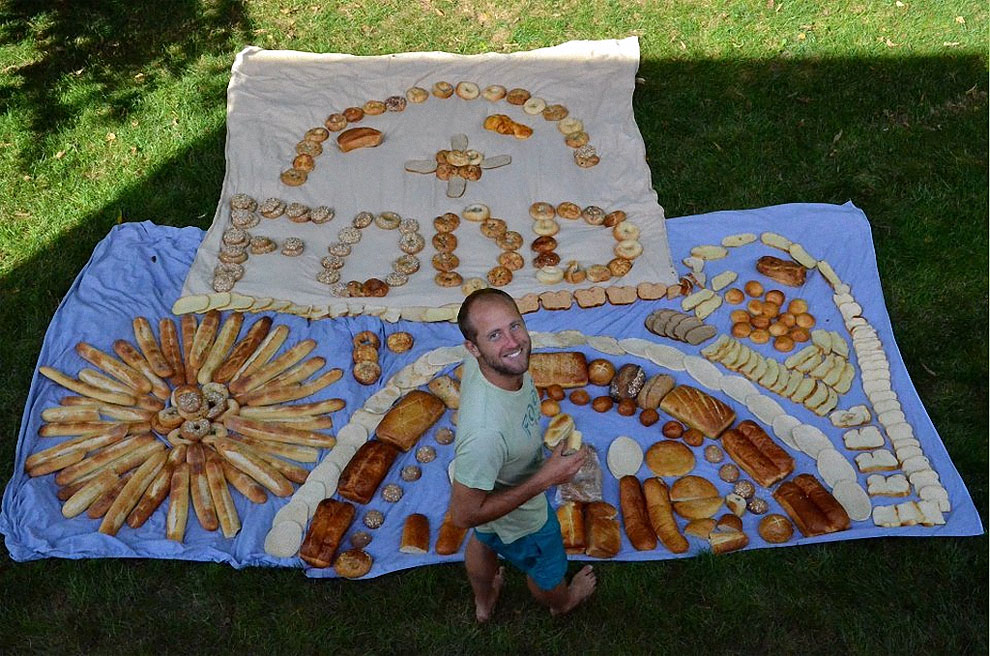 Rob Greenfield wants to come to your town, dive into your dumpster, and make a feast. Greenfield is a 28-year-old who’s made it his life’s purpose to inspire a healthy Earth, often with attention-grabbing tactics. 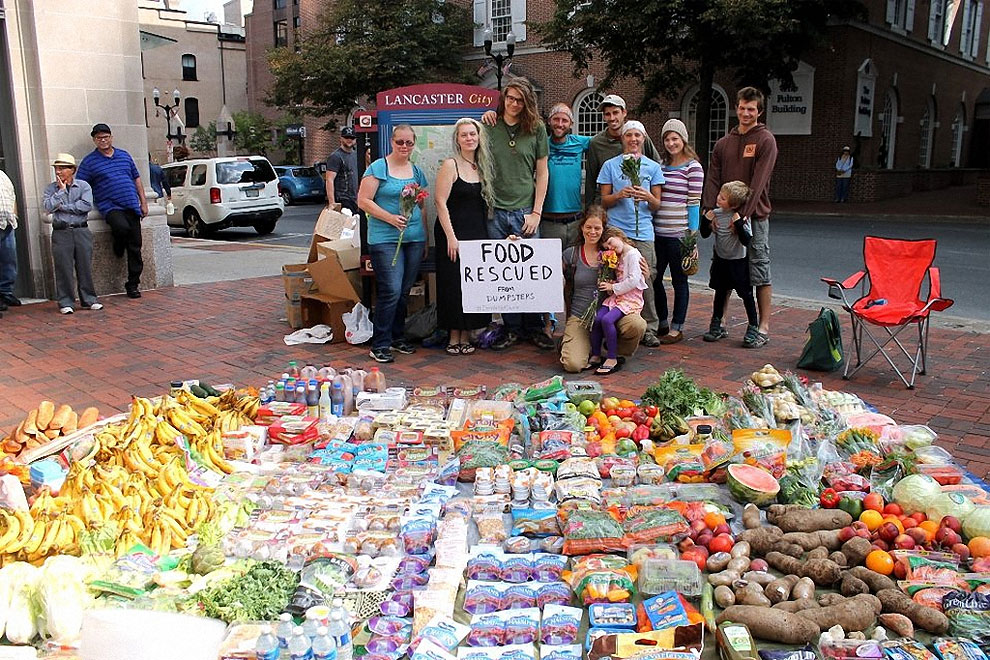 “My mission is pretty simple – it’s to make the Earth a happier, cleaner place. I want to inspire people to live their life to the fullest,” Greenfield said. 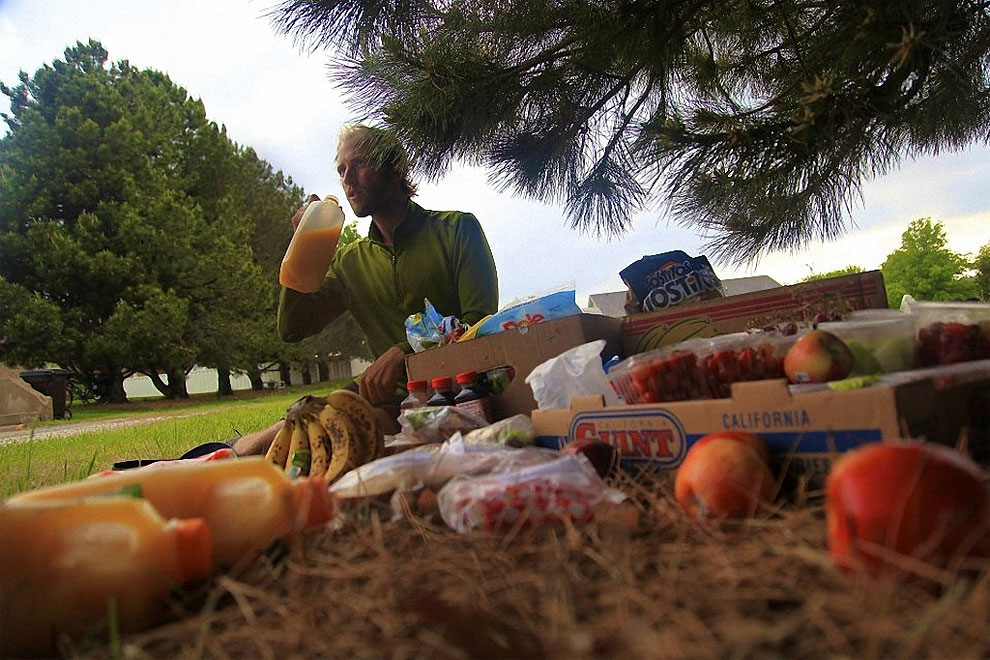 While on one of his several cross-country rides on a bamboo bike, Greenfield made it 100 days without a shower and continued until he’d been showerless for a full year, all to promote water sustainability.

He even in support of gender equality.

Greenfield’s latest campaign – is a mission to raise awareness of what Greenfield calls the “Food Waste Fiasco” by biking across the country, crashing on couches and preparing meals based solely on what he finds in dumpsters. 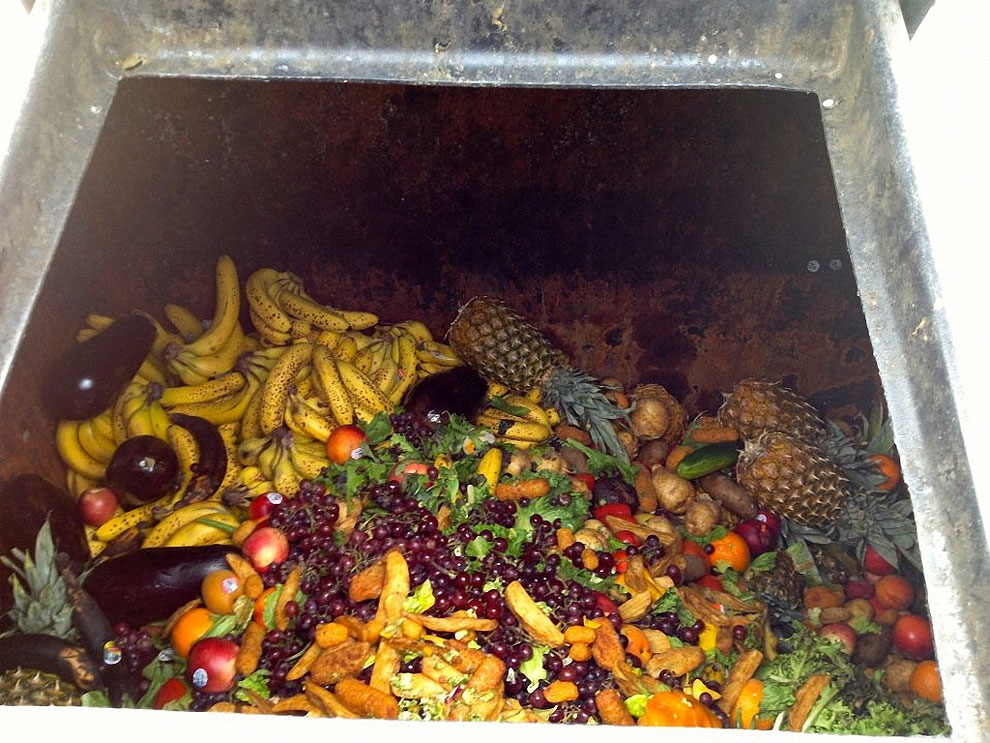 While on his last cross-country cycling journey, Greenfield and set strict rules about the type of food he could eat and how he could get by on a daily basis. 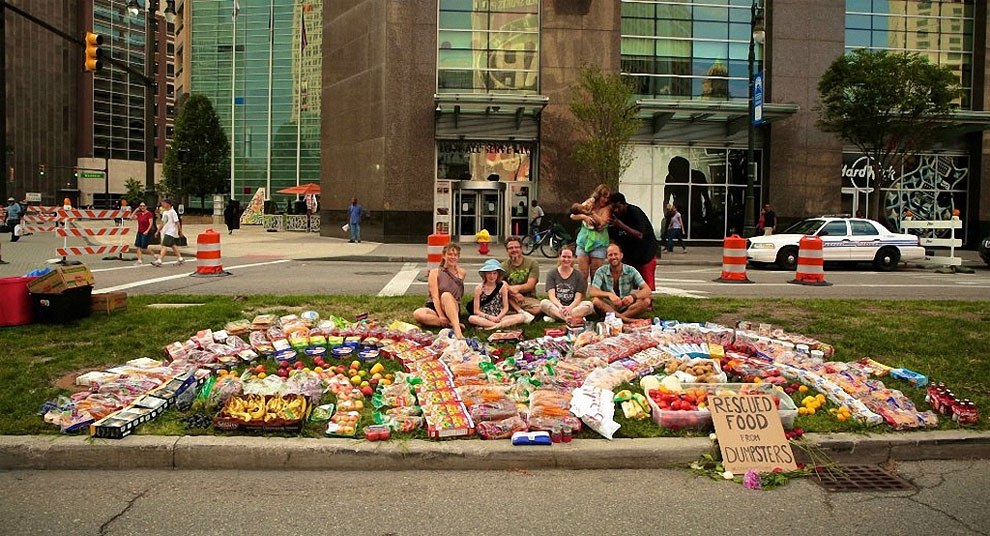 “The exception was I could eat food that would go to waste. I started to open up dumpsters and in a certain amount of time, I started to realize that American dumpsters are full of food across the country,” Greenfield said. 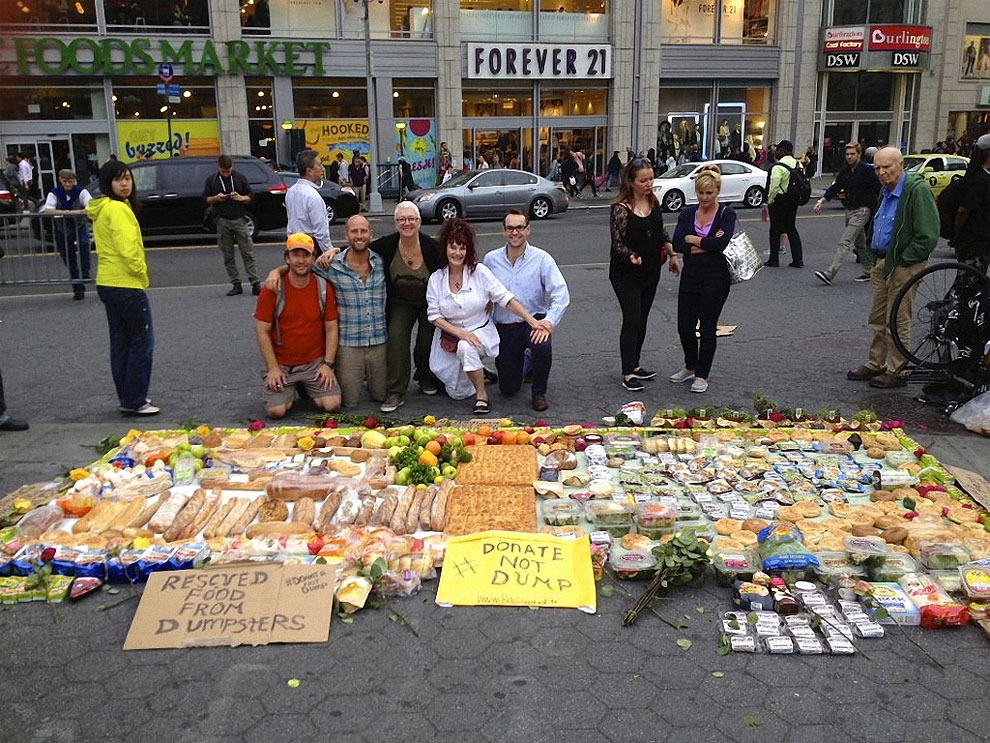 As the Washington Post reports, estimates put the price of that annual waste at $164 billion each year. A report from the Natural Resources Defense Council found that while an appreciable amount of food is wasted in production and processing, grocery stores. The USDA estimates that supermarkets throw away $15 billion worth of fruits and vegetables annually. According to the report, diners leave about 17 percent of their food uneaten, and American families will throw out anywhere from 14 to 25 percent of the food and drinks they purchase. 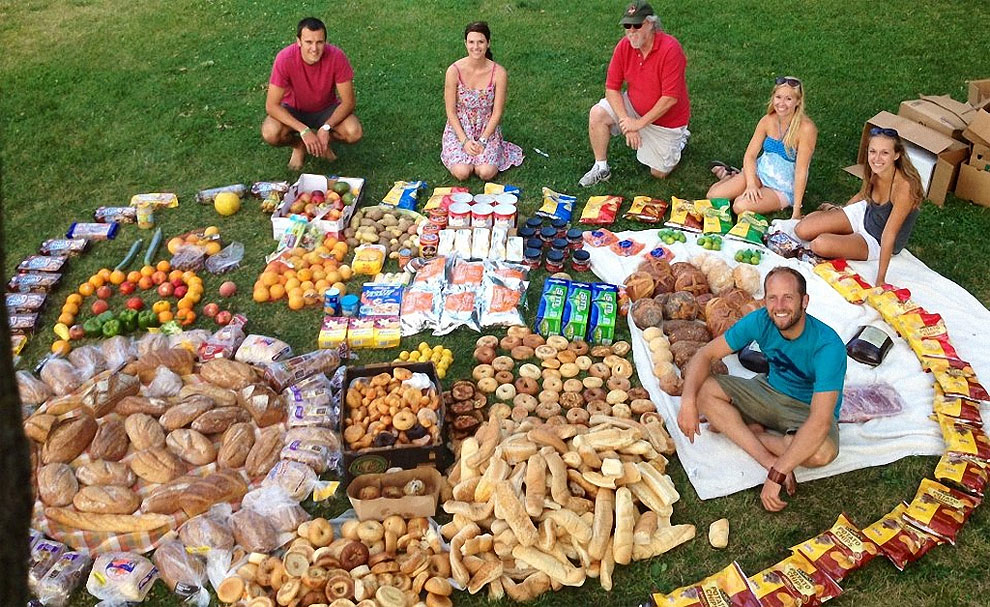 The 50 million Americans with unreliable food sources despite this level of waste inspired Greenfield to tour the country’s trash. That Greenfield eats well and has even gained weight might come as a surprise to the millions of people who associate dumpsters with rodents, filth and unpleasant orders. 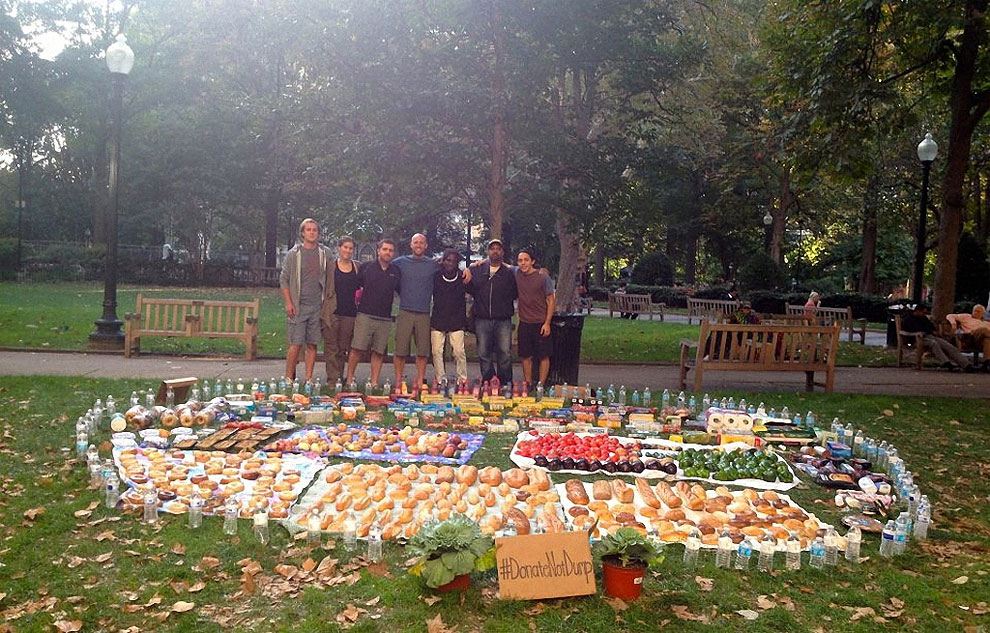 “At first it was very embarrassing actually. I really hid what I was doing. I didn’t want anyone to see me,” Greenfield said. As Greenfield became more vocal about his cause, however, and more people stood by his side on each visit, his confidence in the idea grew. 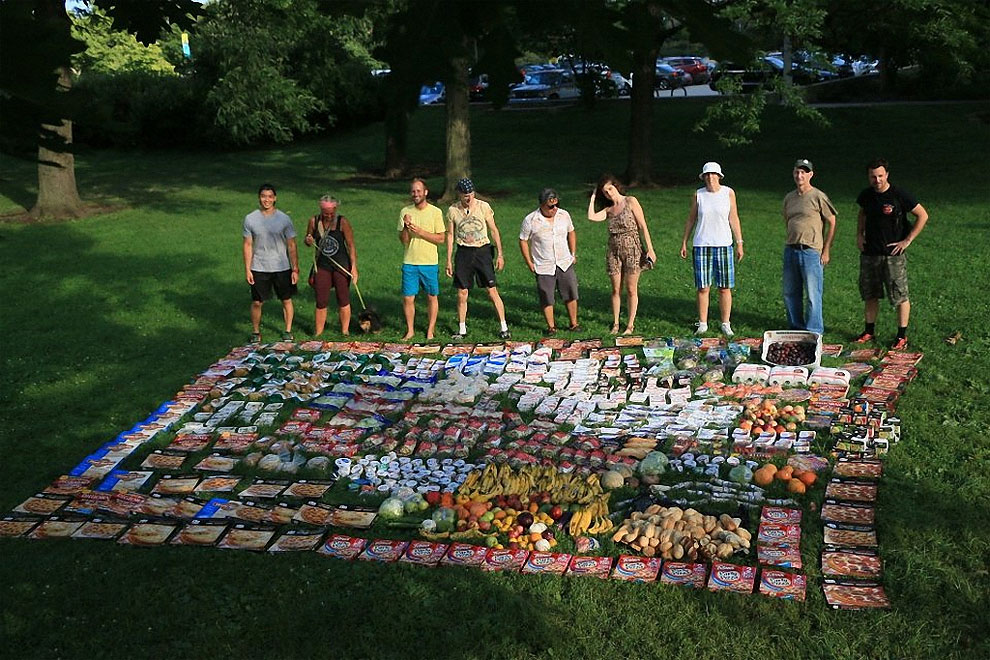 The pictures Greenfield takes at each one of his stops put an end to the stereotype of dumpsters filled with filth. Piles of baked goods, fruits, vegetables and plenty of boxed products are spread out in front of Greenfield and his supporters in each snapshot. 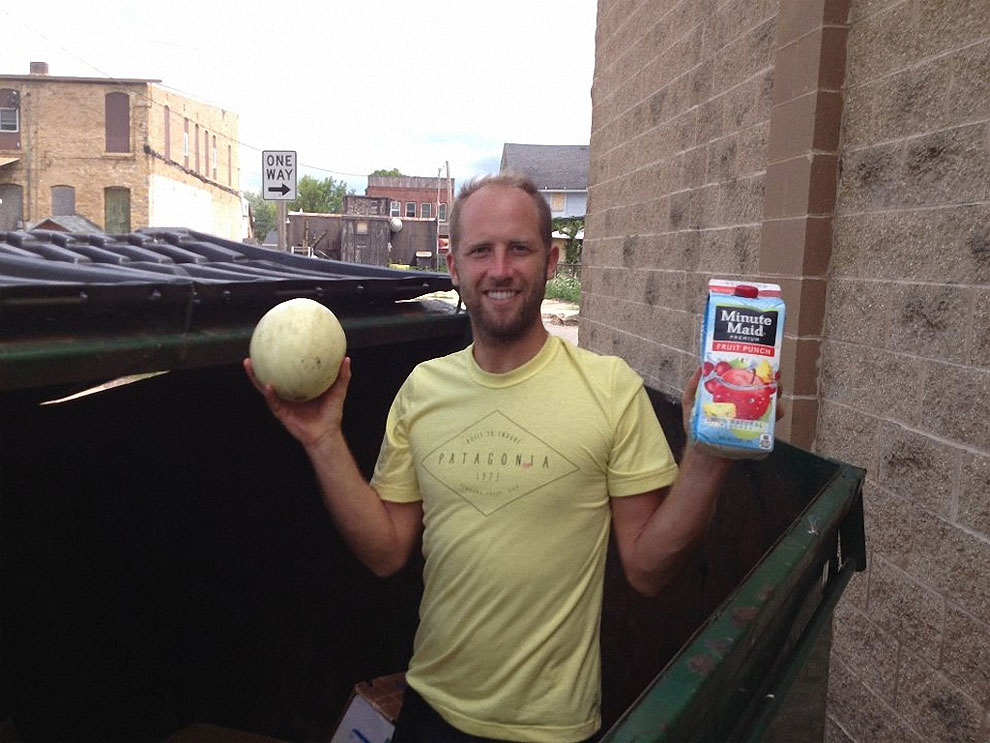 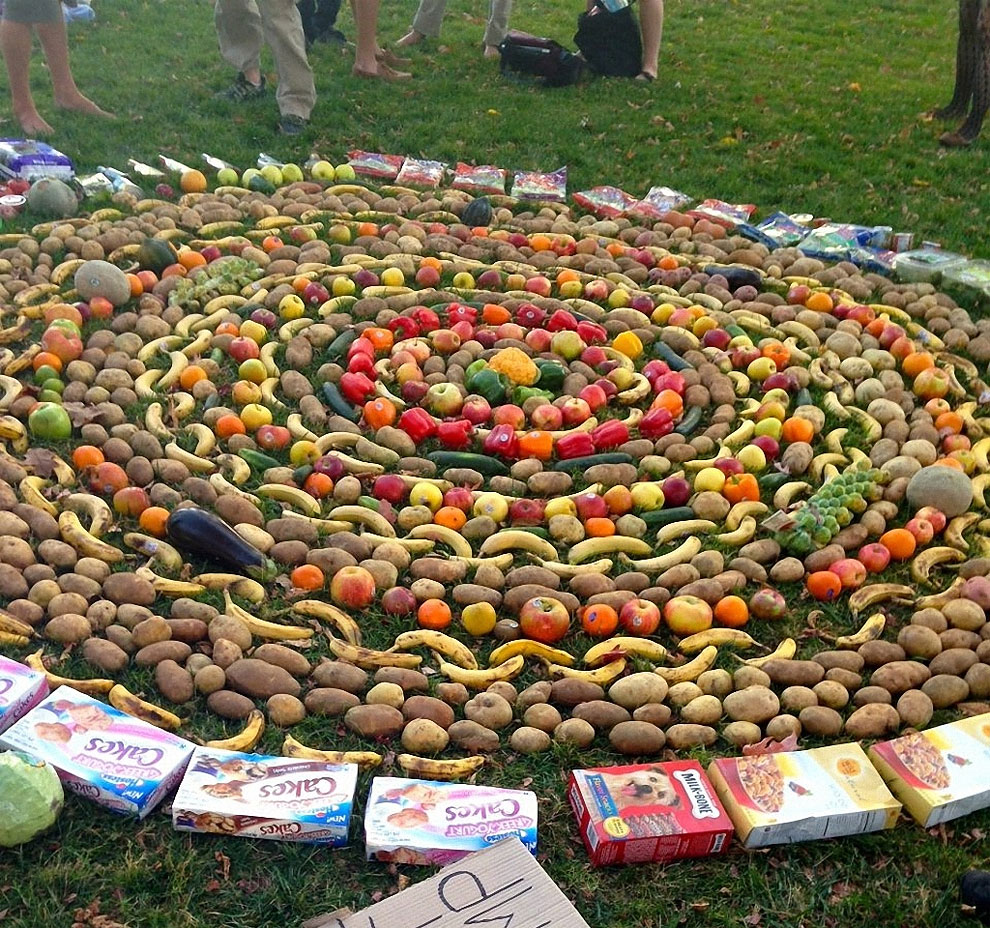 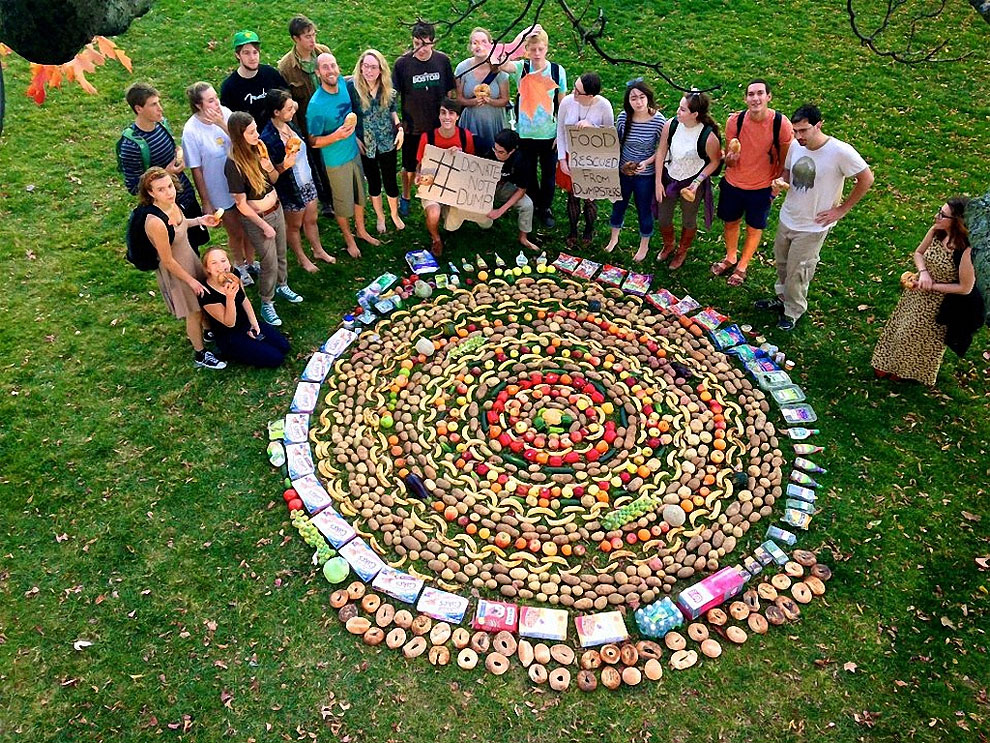 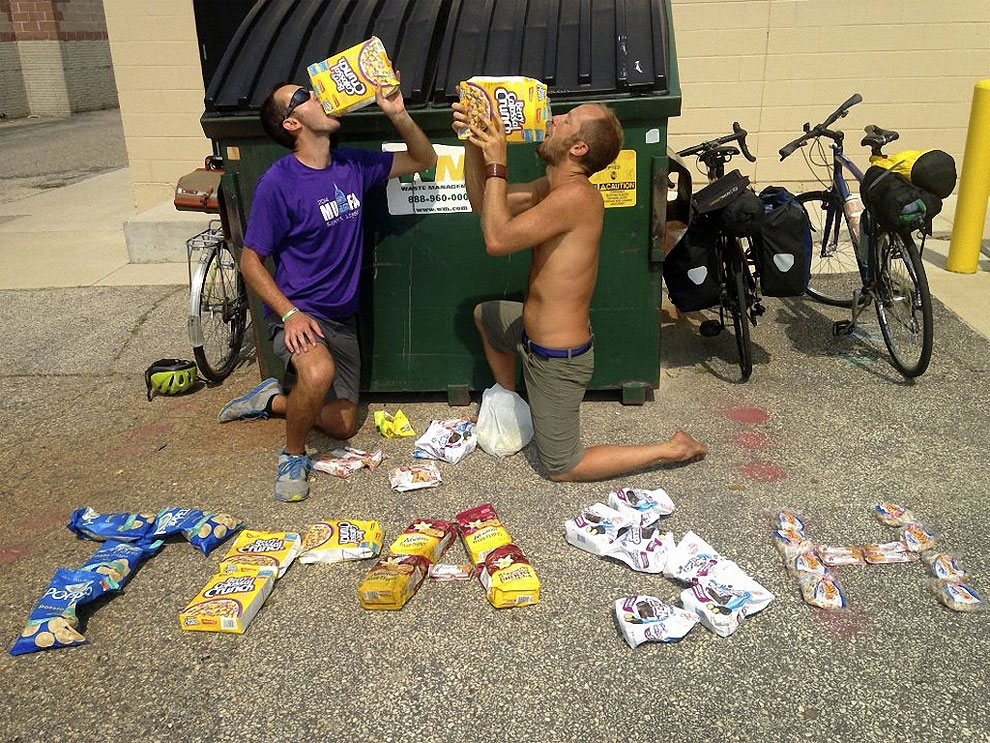 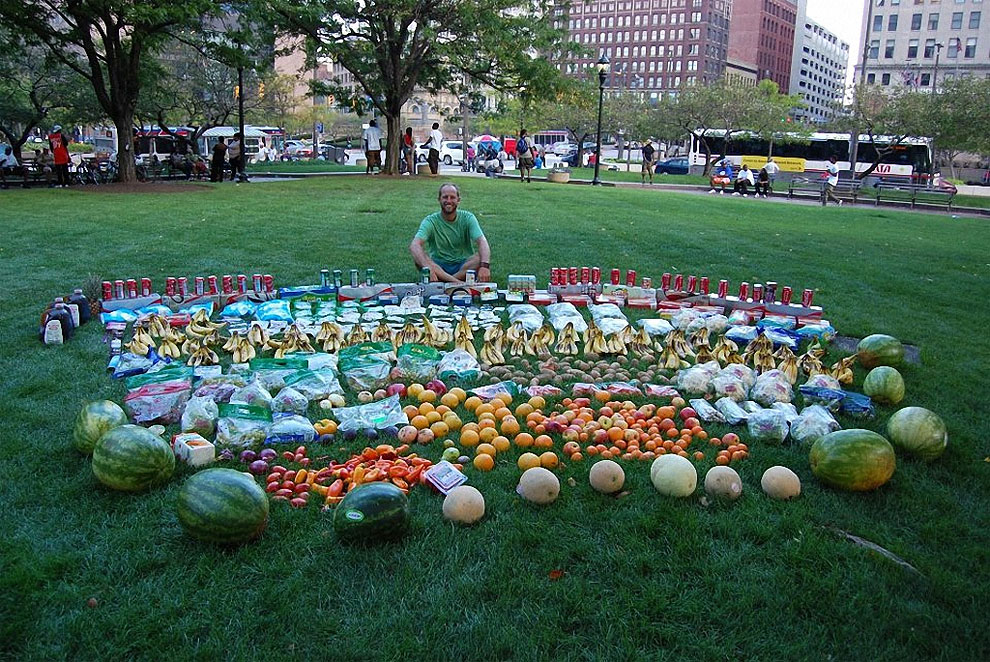 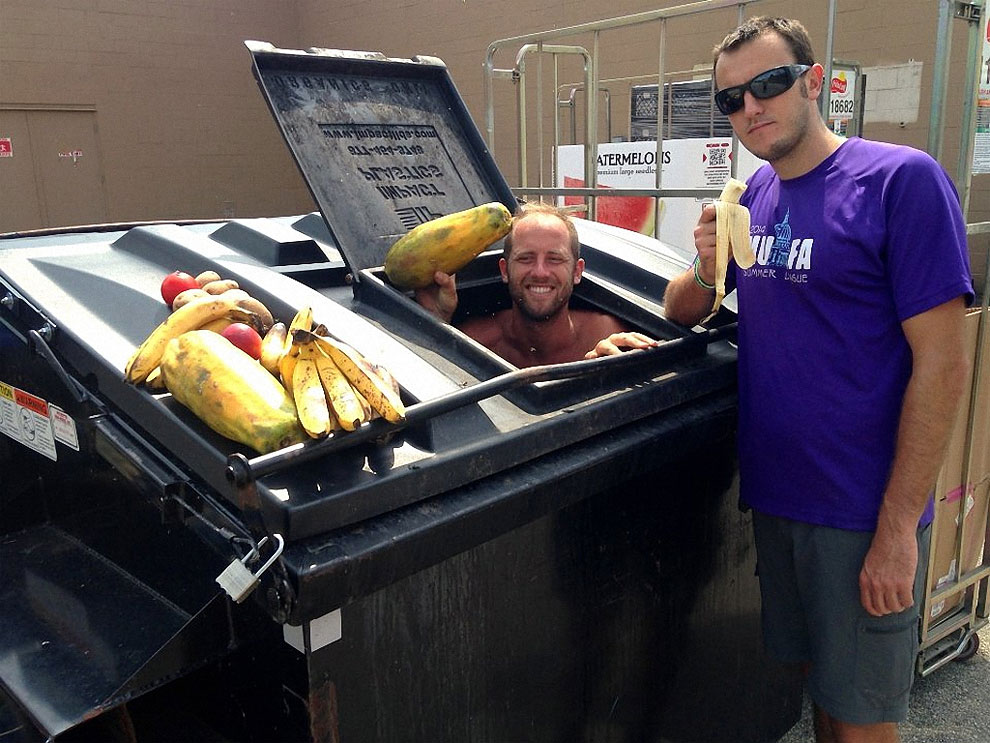 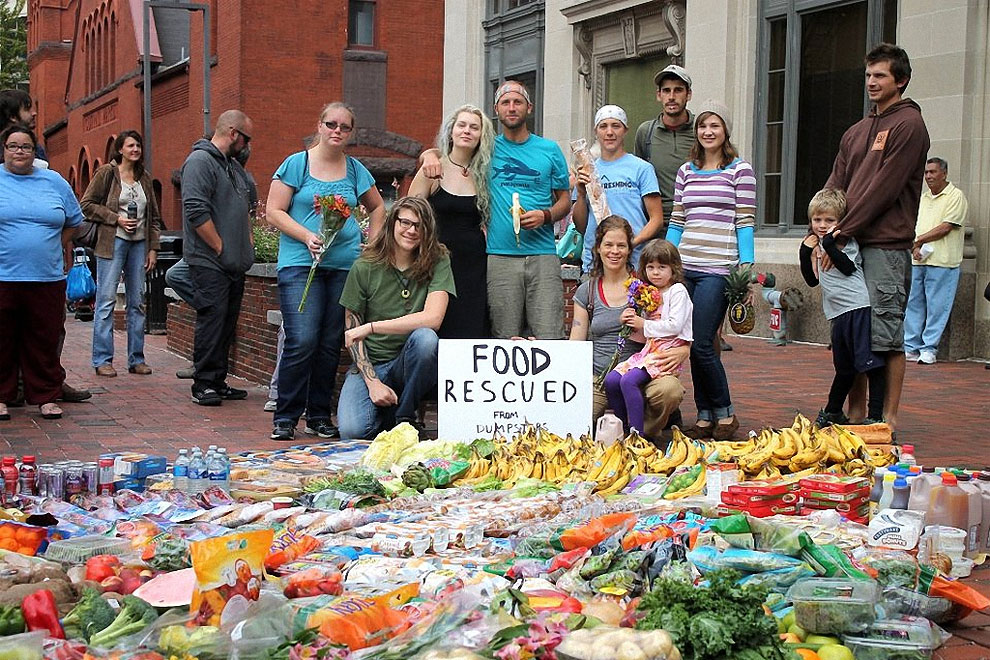 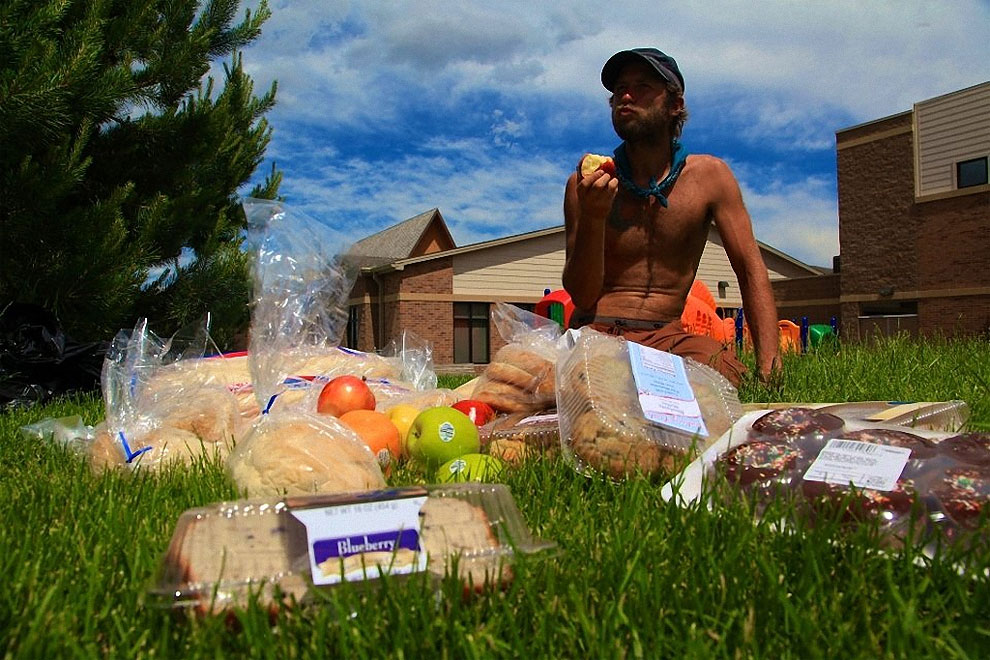 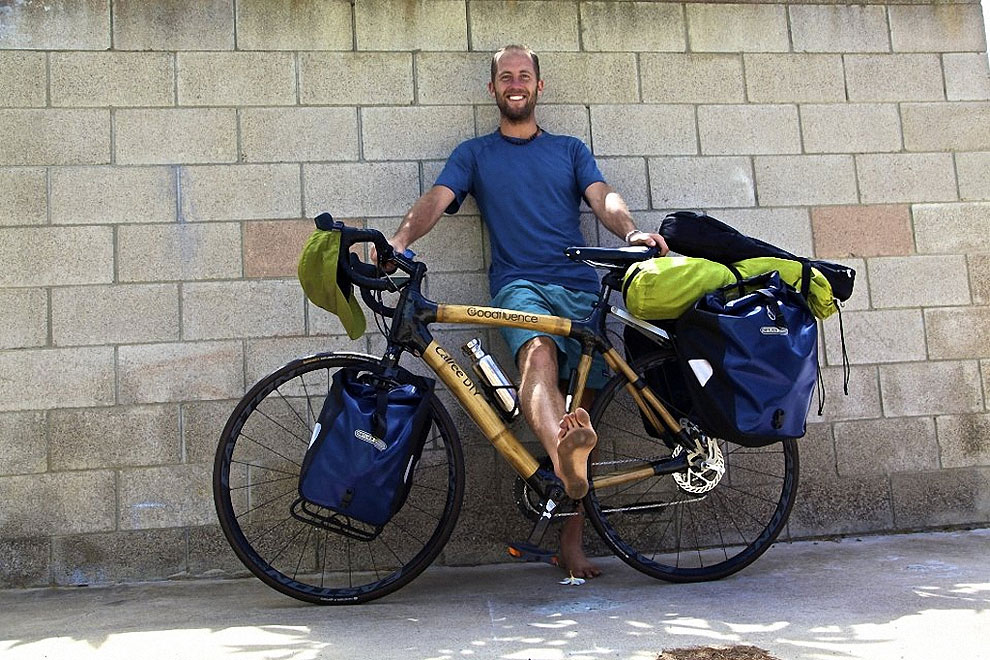