Graham Annable began doodling at an early age and has never stopped. His work has appeared in the film, TV, video game and comic industries. He has contributed to projects with George Lucas, Chuck Jones, Nickelodeon and Walt Disney Productions. His first published comic effort, Grickle, was nominated for a 2001 Harvey Award for Best New Talent. He currently resides in Portland, Oregon where he does feature film storyboard work. 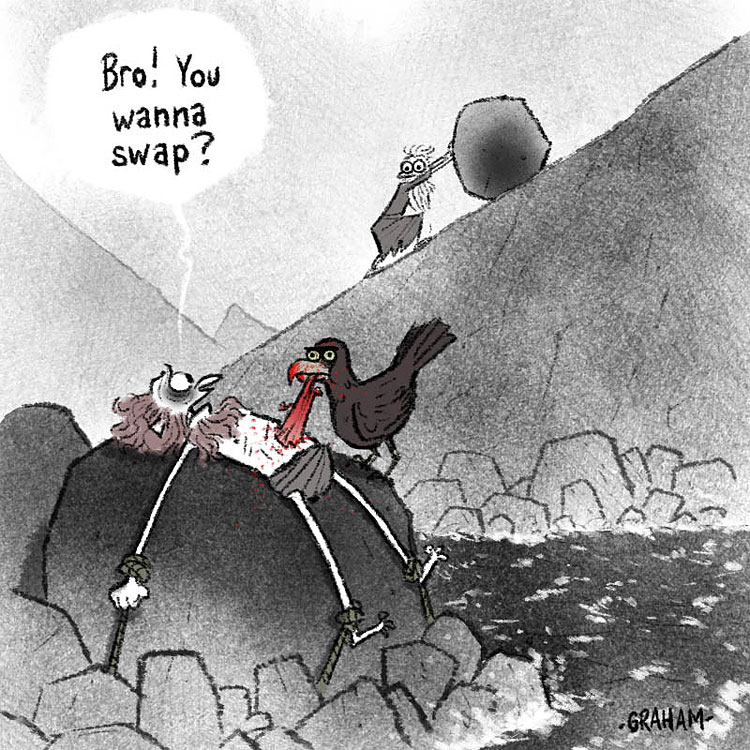 “I’m going to go out on a limb here and say that Prometheus had it worse than Sisyphus.” 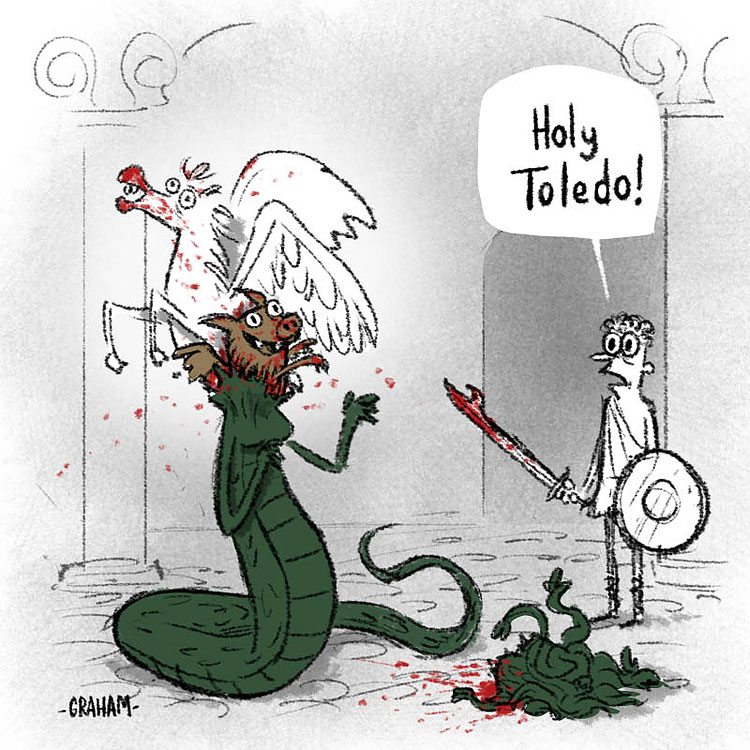 “Man, imagine Perseus’s surprise when a flying pig and flying horse came outta that neck! Pegasus and Chrysaor, born at a healthy 968 lbs and 172 lbs respectively.” 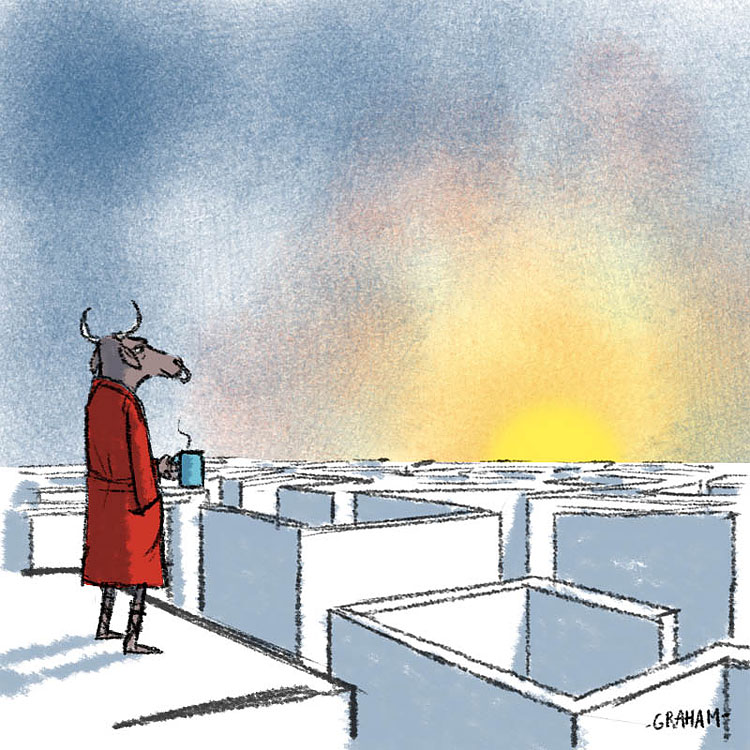 “The Minotaur starts another day in the labyrinth.” 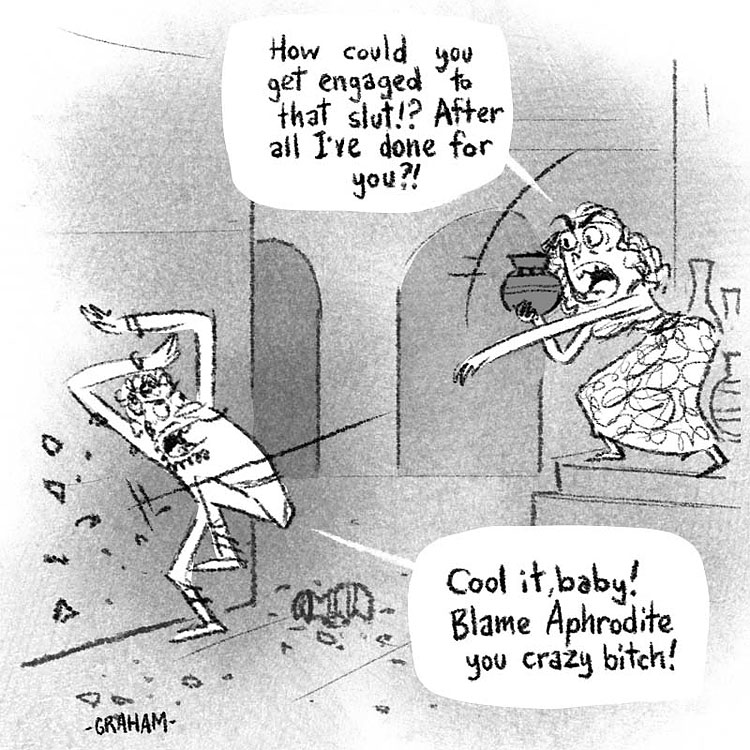 “According to myth, Jason wasn’t the most upstanding dude after his adventures.” 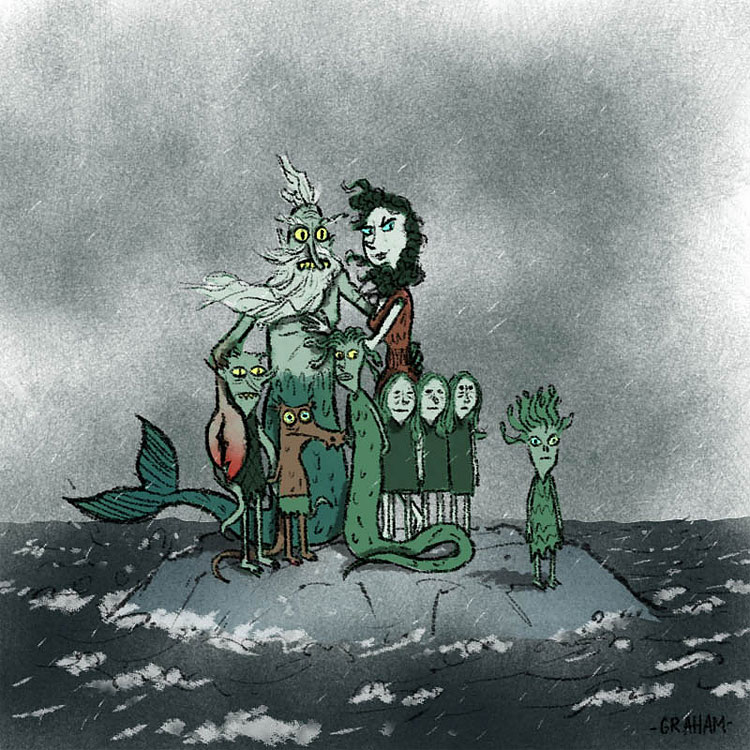 “Back in the early days, money was tight for Phorcys. But they had each other. They had family dammit.”