SPiN Galactic features 12 tables in a club light setting, there is some very cool lighting but very challanging to photograph. Each table is lit with a square of light directly above the table simular to a pool table, there are several other sources of light that make it difficult to find a white balance that works. To make things a little more difficult as the player backs away from the table during a volley they move out of the light falling onto the table. In photographs by Steve Russell for Toronto Star. 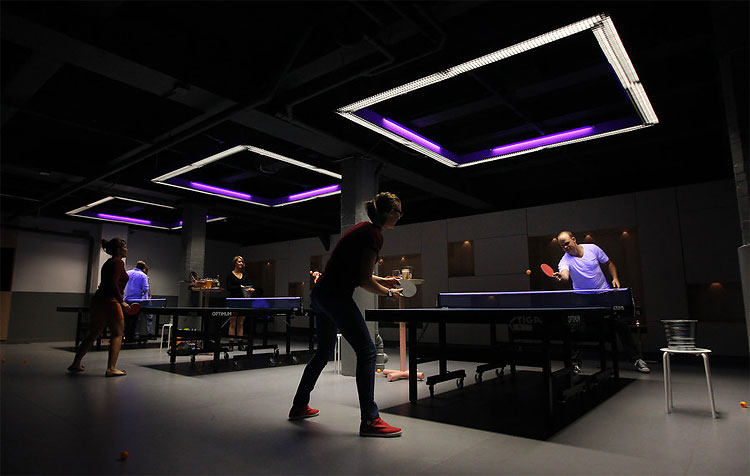 At SPiN Toronto at 461 King Street West, ping pong players can play at the 12 tables and 12,000 square foot clubhouse. SPiN was founded in New York and has Susan Sarandon as an investor. 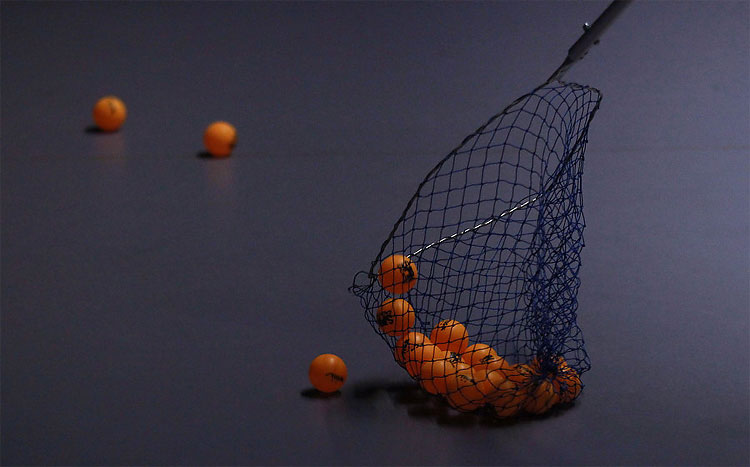 Players enjoy unlimited buckets of balls, meaning that you never have to run to retrieve balls. When staff are not serving up food or drinks they collect balls. 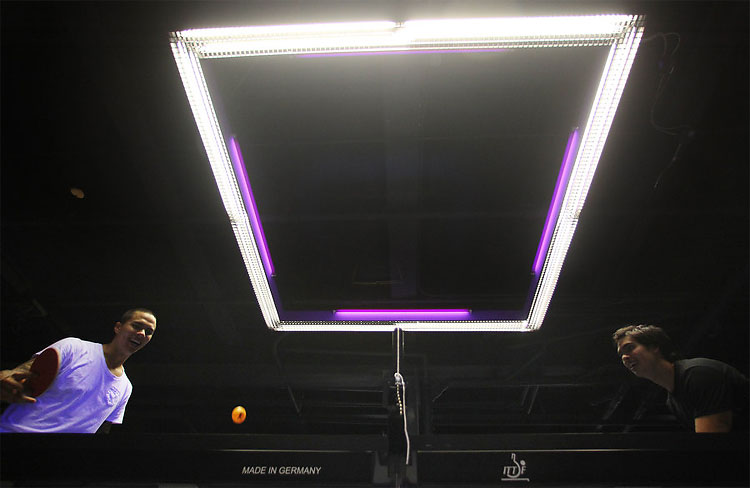 Kai Bent-Lee and Levi Bent-Lee play under the lights, that include blacklight, a photographer’s challenge. 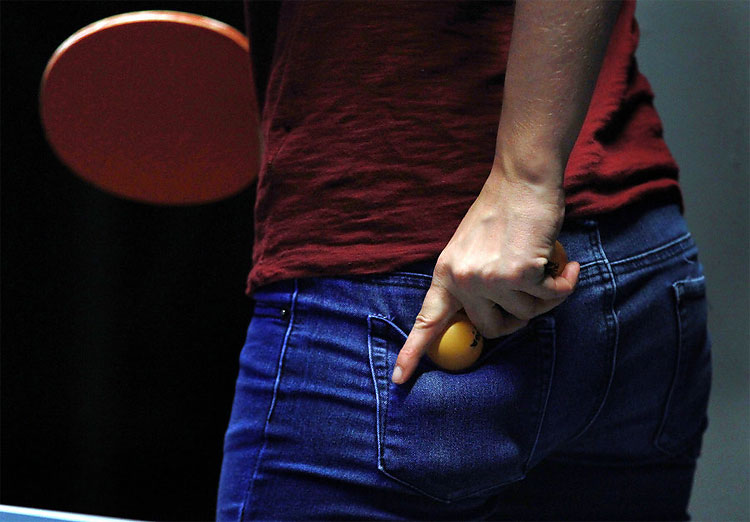 Kathryn Aitchson loads some the unlimited ping pong balls into her back pocket . 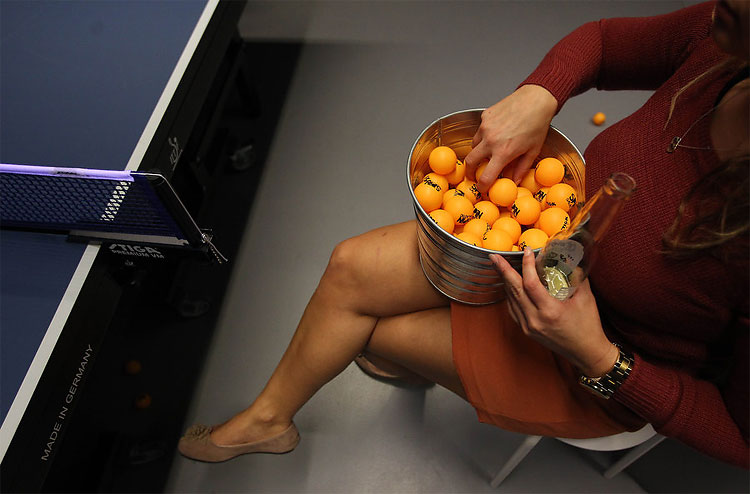 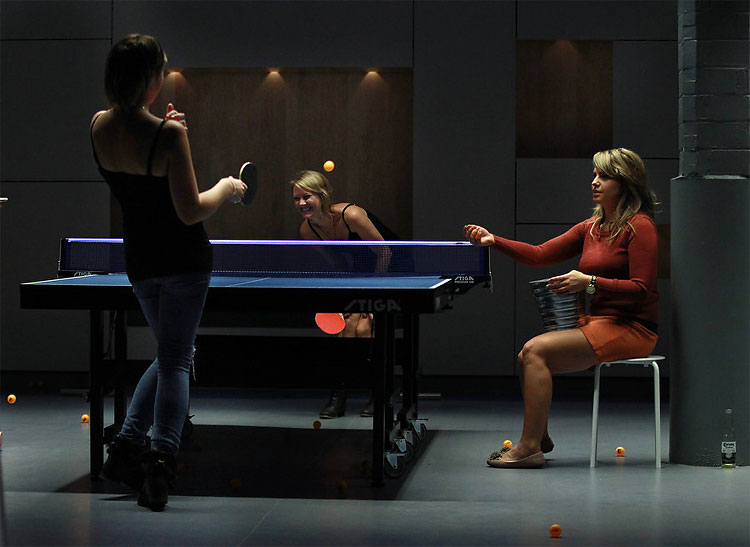 Sonia Passmore has a laugh after a point as she plays with Trina Knapp and Ashley Dixon supplies a new ball. 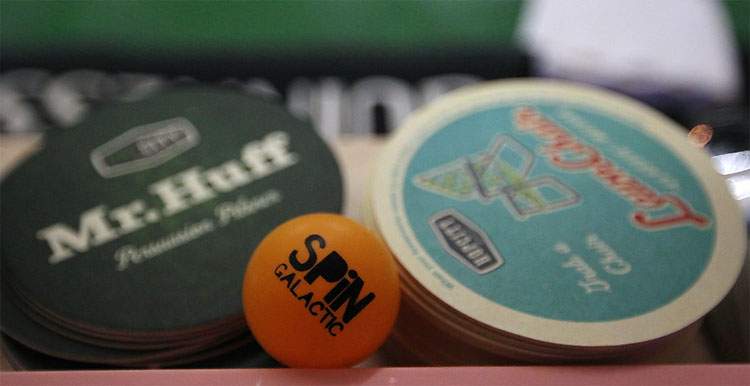 With 1300 balls being wacked around at 12 tables, balls end up everywhere, even one of the two bars. 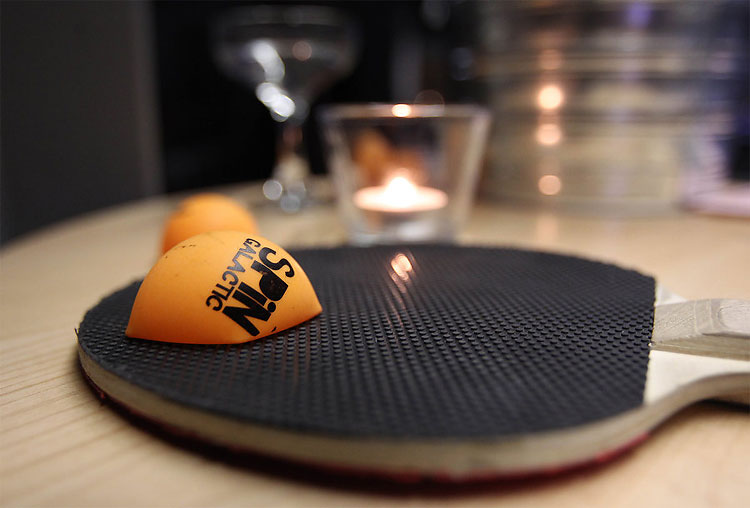 About 20 of the 1300 balls a night meet their end through aggressive play or being stepped on.