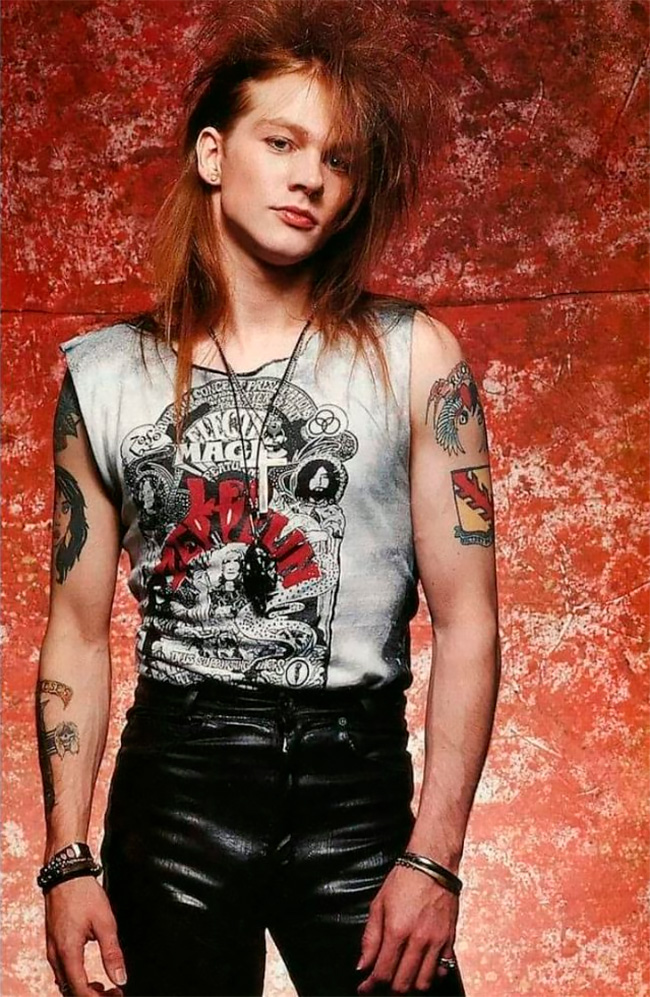 It’s hard to believe it now, but there was a time when Axl Rose was on top of the world.

Axl Rose was born William Bruce Rose Jr. on February 6, 1962, in Lafayette, Indiana. He eventually moved to California, working odd jobs and playing in bands until the formation of Guns N’ Roses in the mid-1980s. Rose was frequently in trouble with the police and spent time in jail on charges of public intoxication and battery. When the police threatened to charge him as a career criminal, he moved to Los Angeles in 1982. Shortly after, he joined the band AXL. The experience was so all-consuming that he legally changed his name to W. Axl Rose.

And that’s when the magic started. By 1985, he’d started Guns N’ Roses, the combination of he and Tracii Guns’ existing bands, L.A. Guns and Hollywood Rose. A few months and several line-up changes later the band enlisted Slash, Izzy Stradlin, Duff McKagan and Steven Adler. Two years later, Appetite for Destruction came out, and from there, the band, and Axl’s, steady rise and equally sloping decline.

From goatees to corn rows, pimp canes to belly tops, Axl Rose has been through more than a few phases. Some were funny. Some were sad. All were worth remembering. 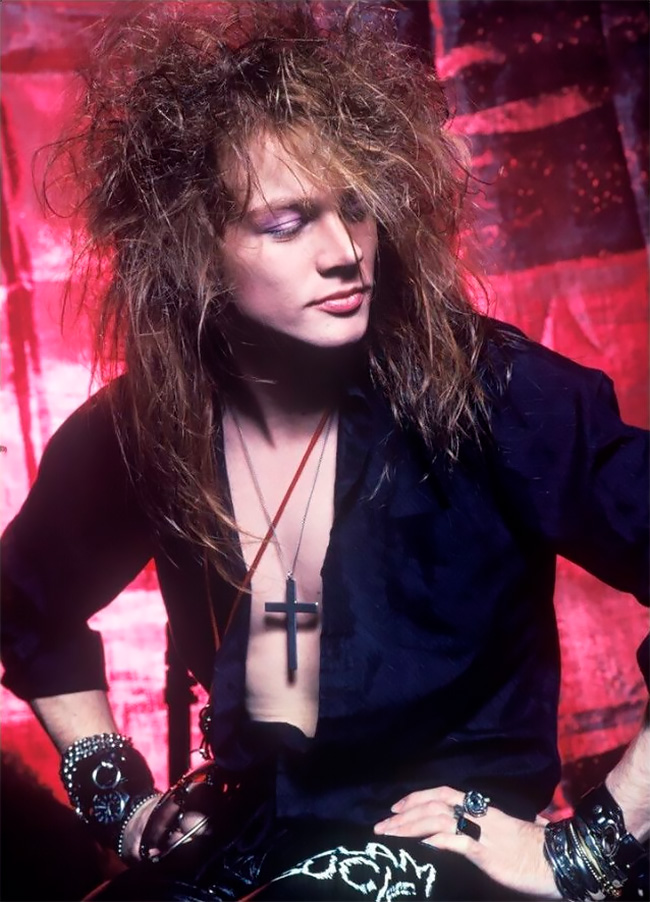 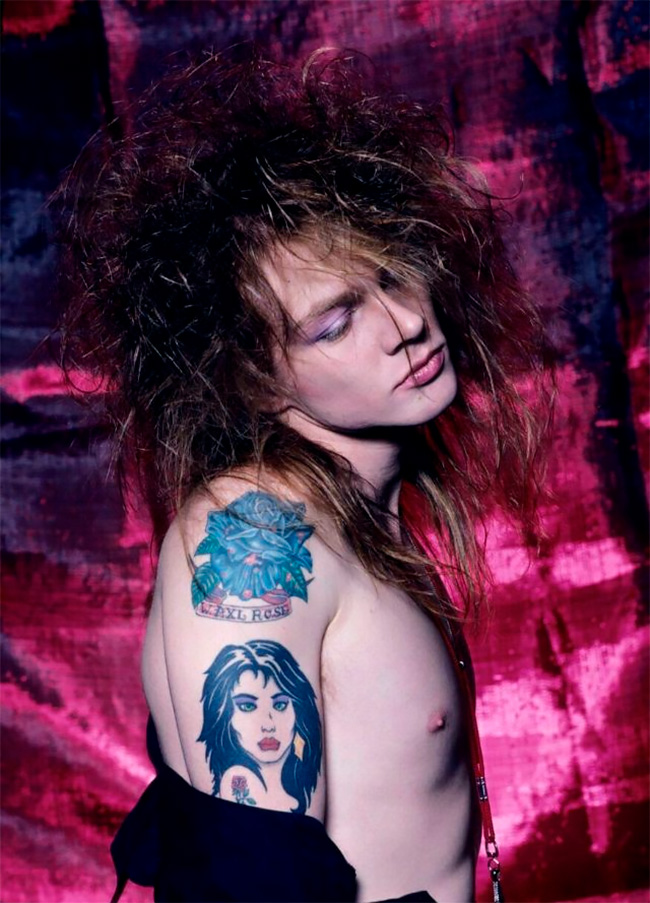 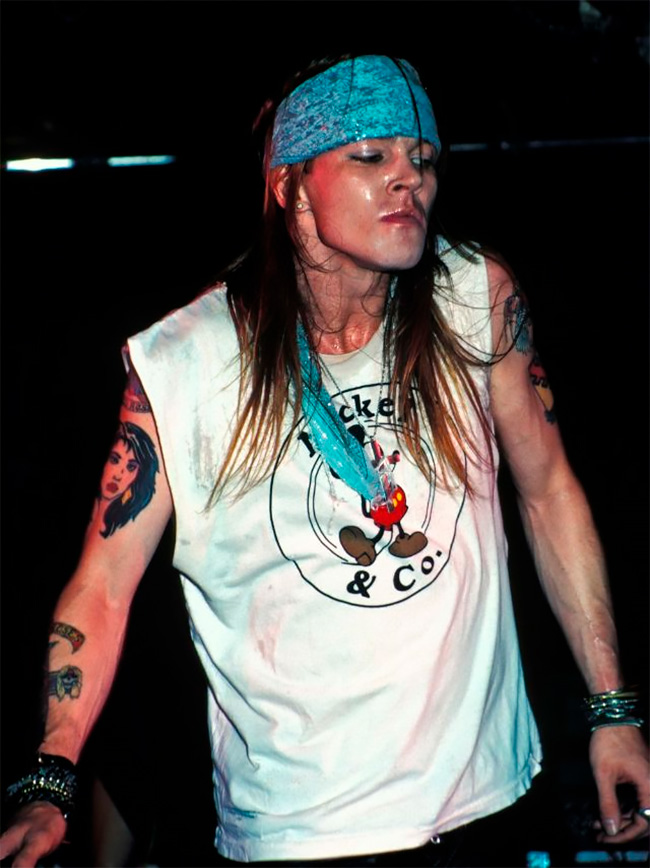 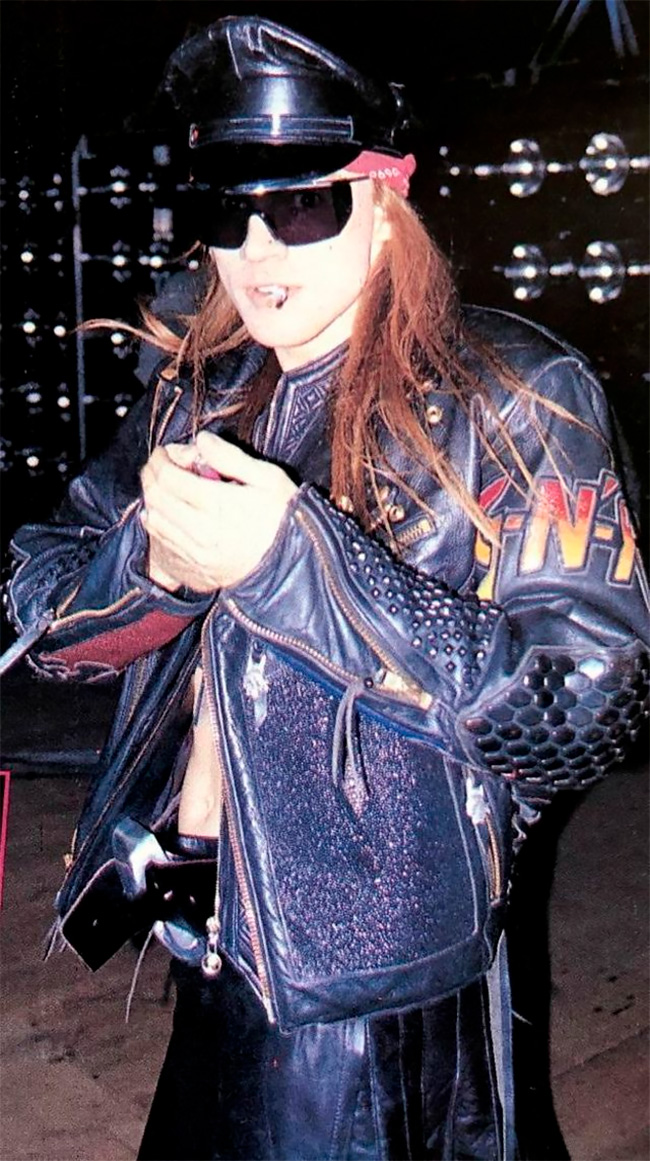 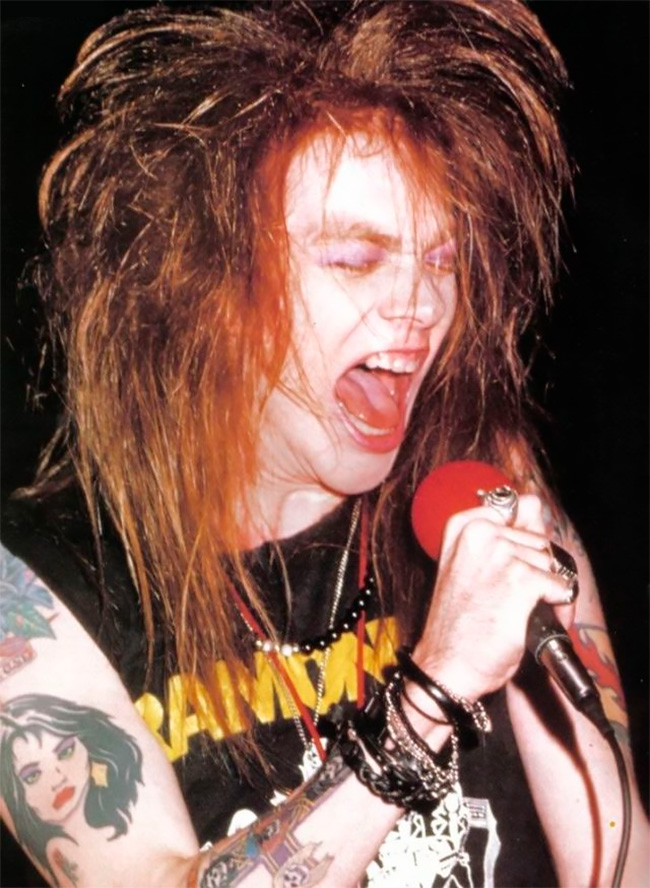 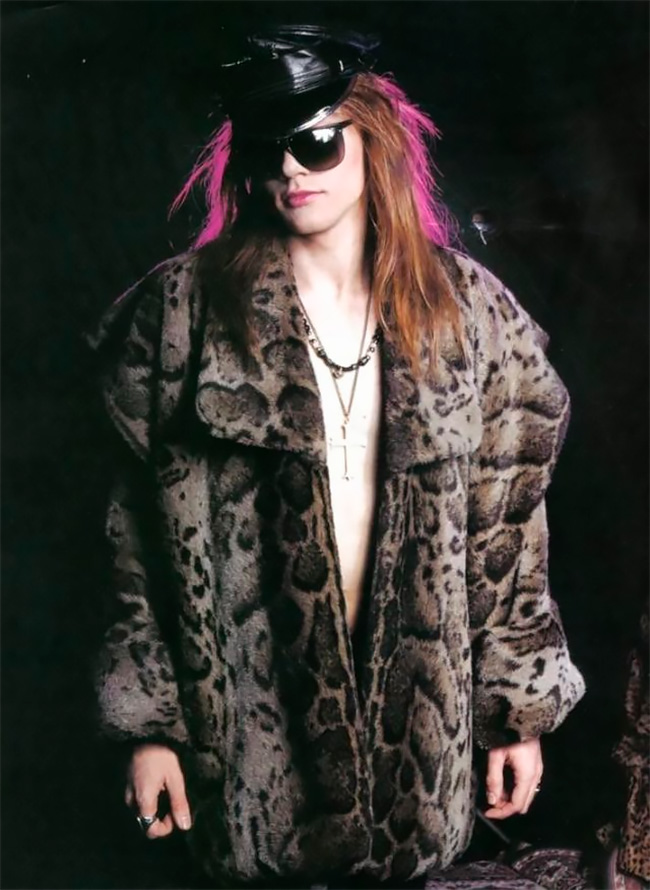 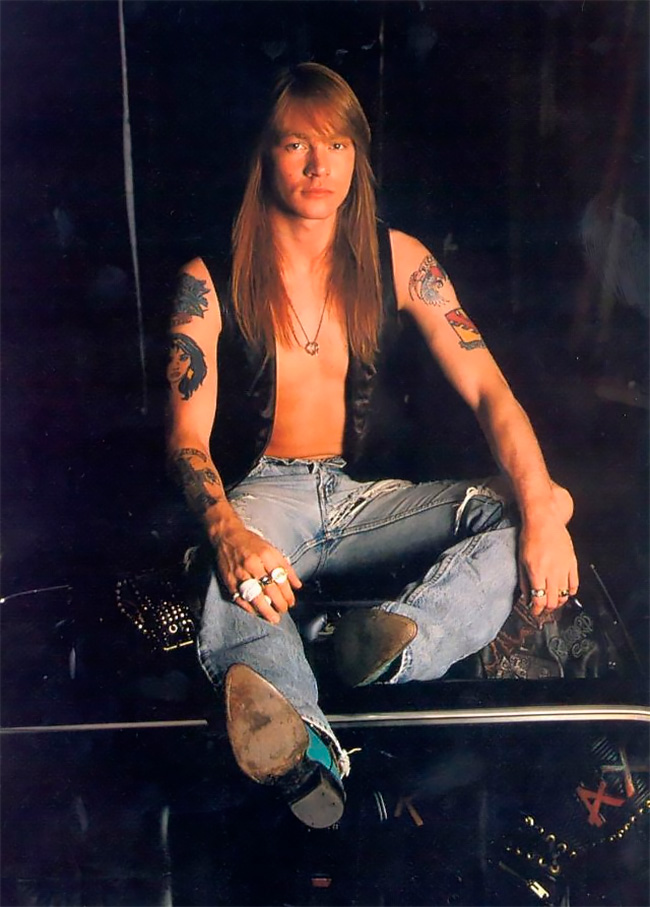 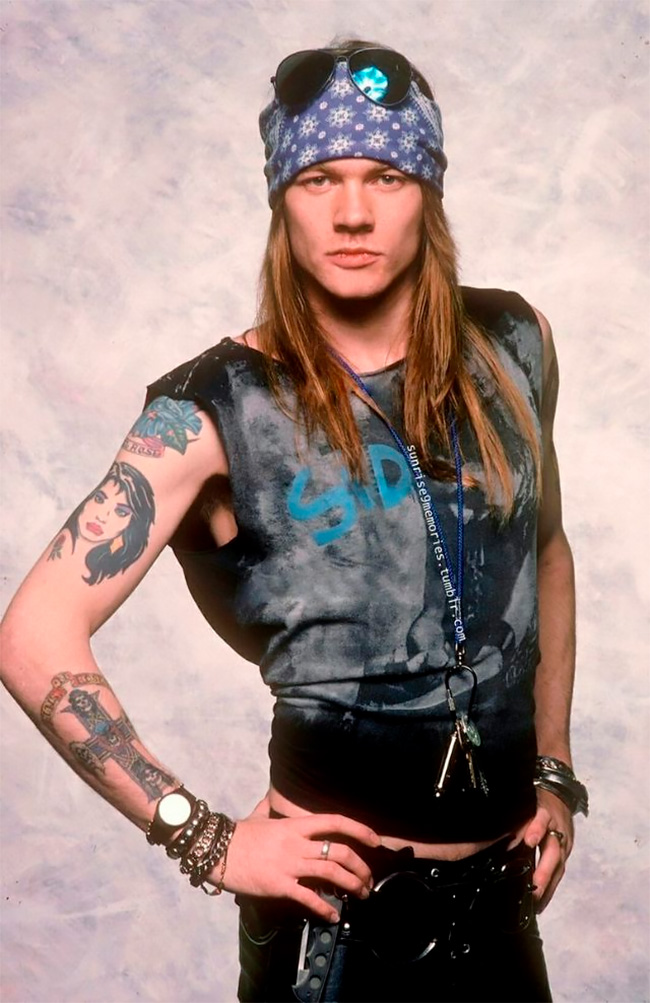 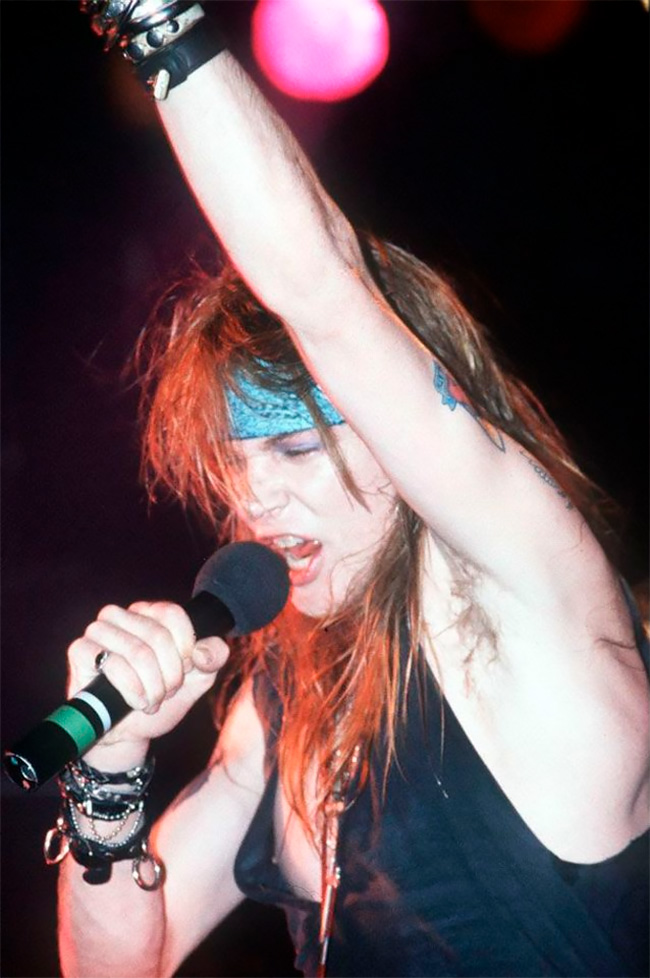 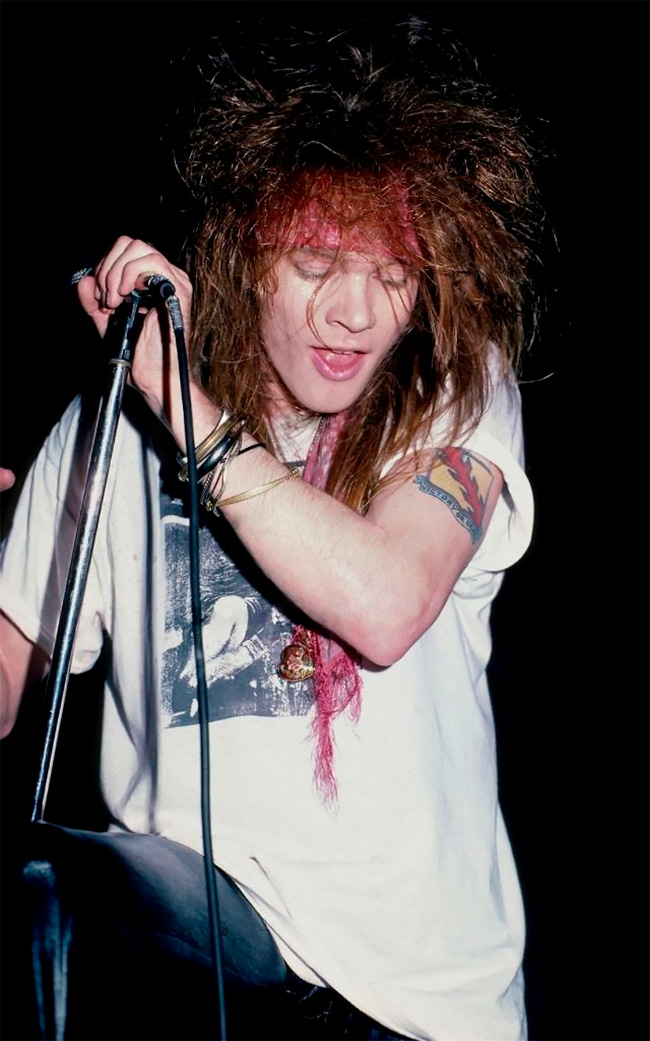 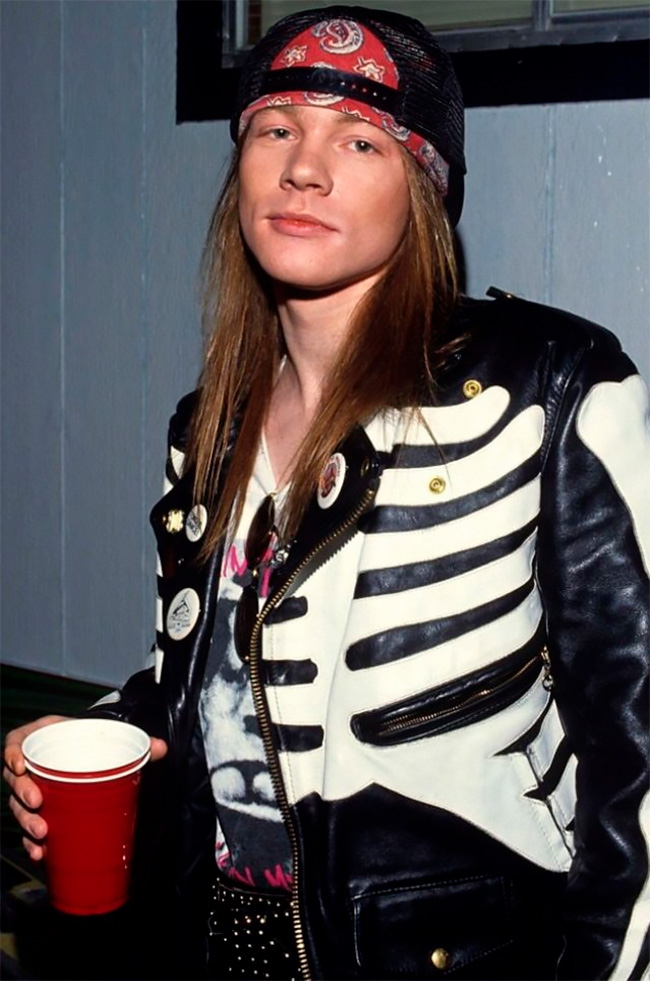 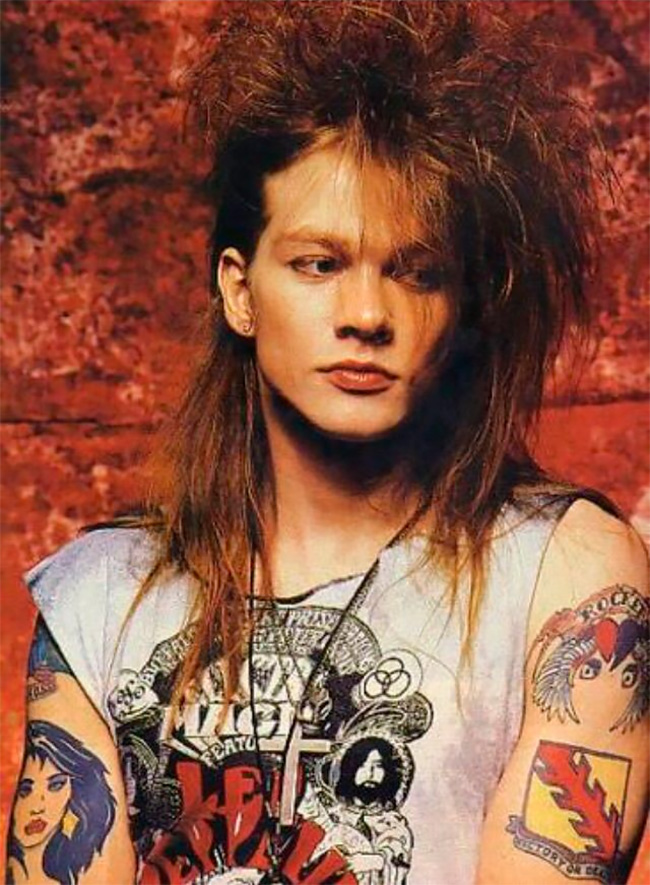 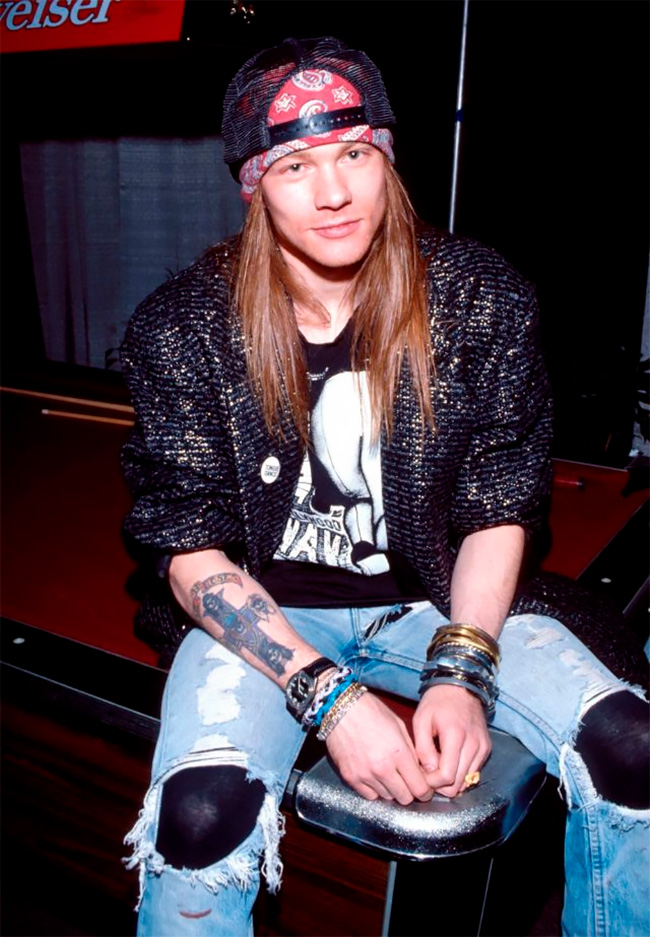 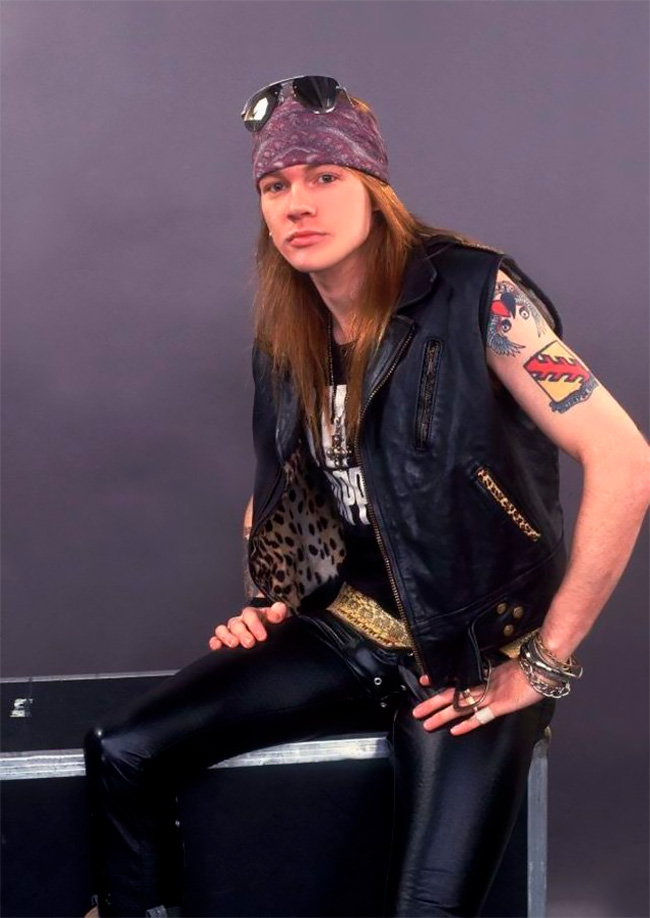 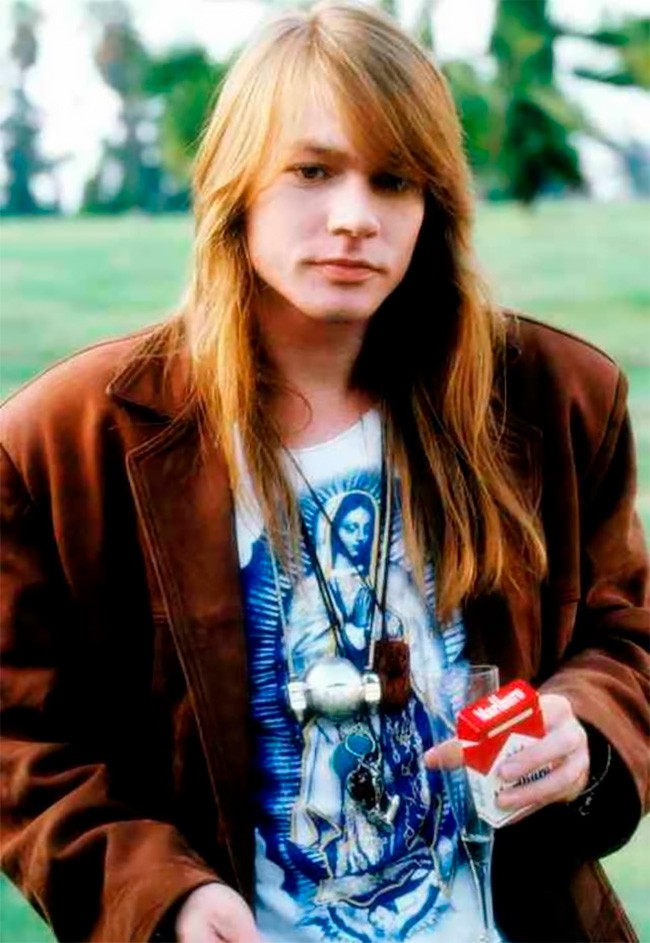 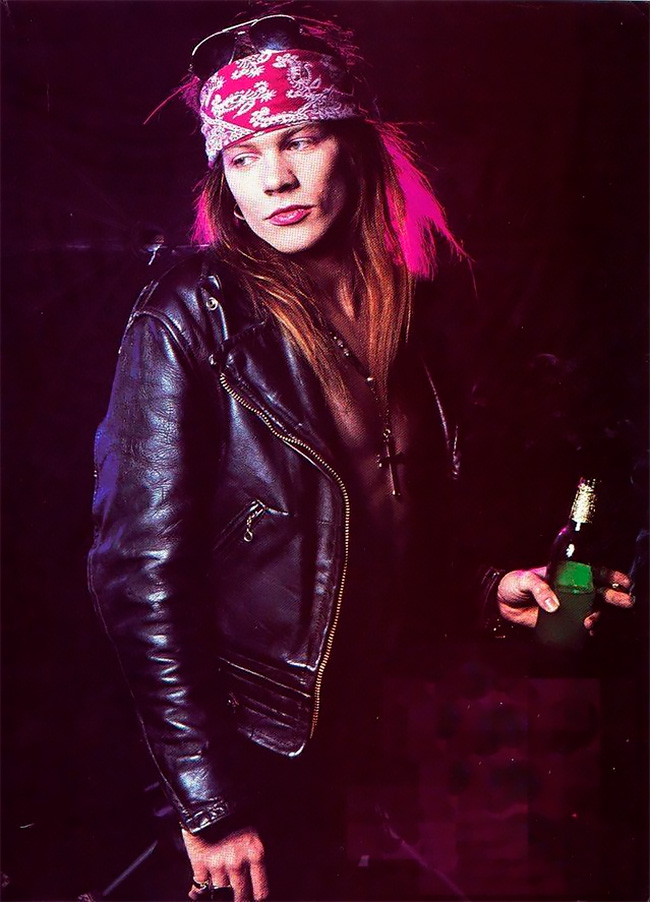 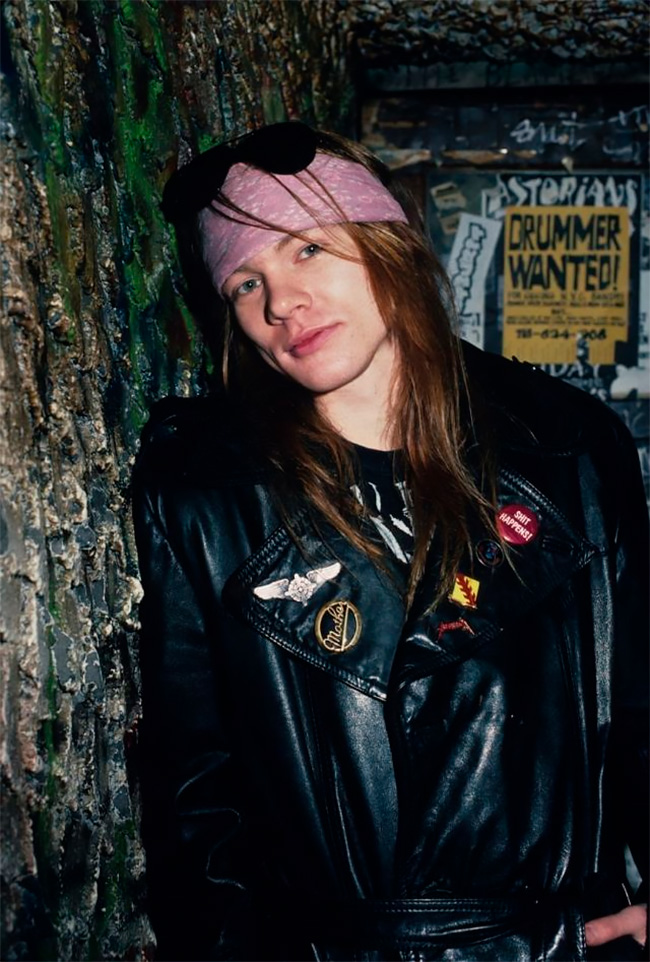 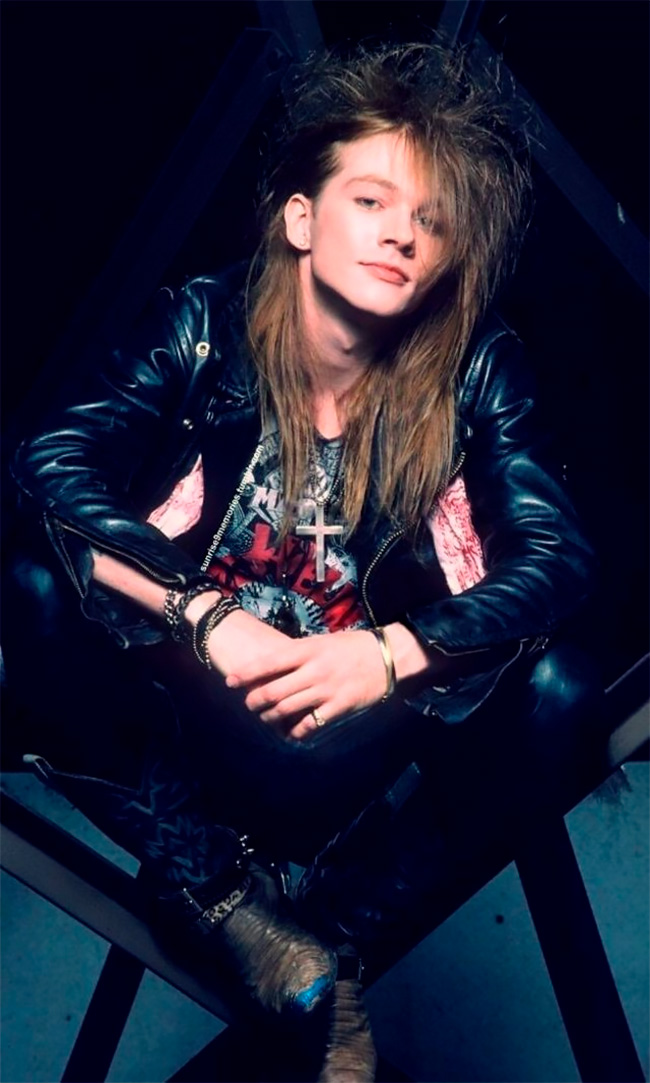 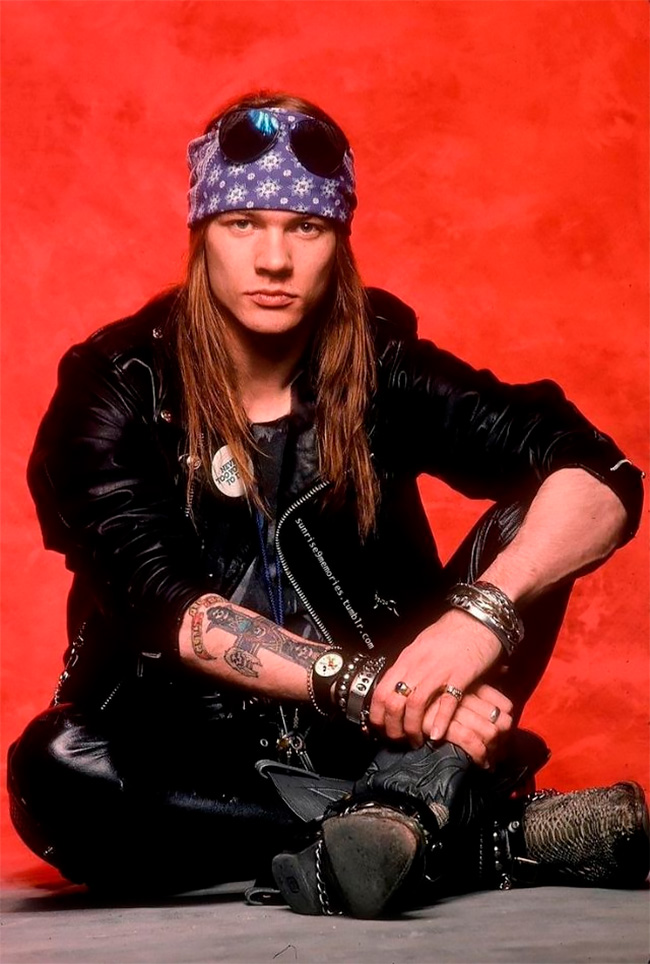 "Lost In Time": Photographer Goes In Search Of Russia’s Least Known Museums
Black And White Photos Of A Young And Gorgeous Sharon Stone
Beautiful Winning Photo Works Of The 2018 Environmental Photographer Of The Year Contest
100 Cameras Were Given To The Homeless And This Is What They Photographed
Futuristic Photographs Of The Block Tower In Hong Kong By Toby Harriman
Venice Beach Roller Skaters: Cruising The Promenade Of LA's Chillest Neighborhood
"Learning To Fly": Bodies Flip, Dance, And Stack In Gravity-Defying Images By Rob Woodcox
Photographer Christopher Herwig Hails The Brutal Charm Of The Soviet Bus Stop
Marvelous Female Portrait Photography By Nathaniel Gerdes
Moody And Cinematic Street Photography By Alex Fernández
2007 ‒ 2022 by Design You Trust. Proudly hosted by WebHostingBuzz.
Privacy Policy · Terms of Service · Content Removal Policy ❤️ 🇺🇦