Terrifying Russian Architecture Which Looks Better From Above

The main highlight of these unique Moscow buildings is their architectural forms. At usual angles they may look absolutely differently. But the creative idea of architects is disclosed in full measure only if you look at the buildings from above. 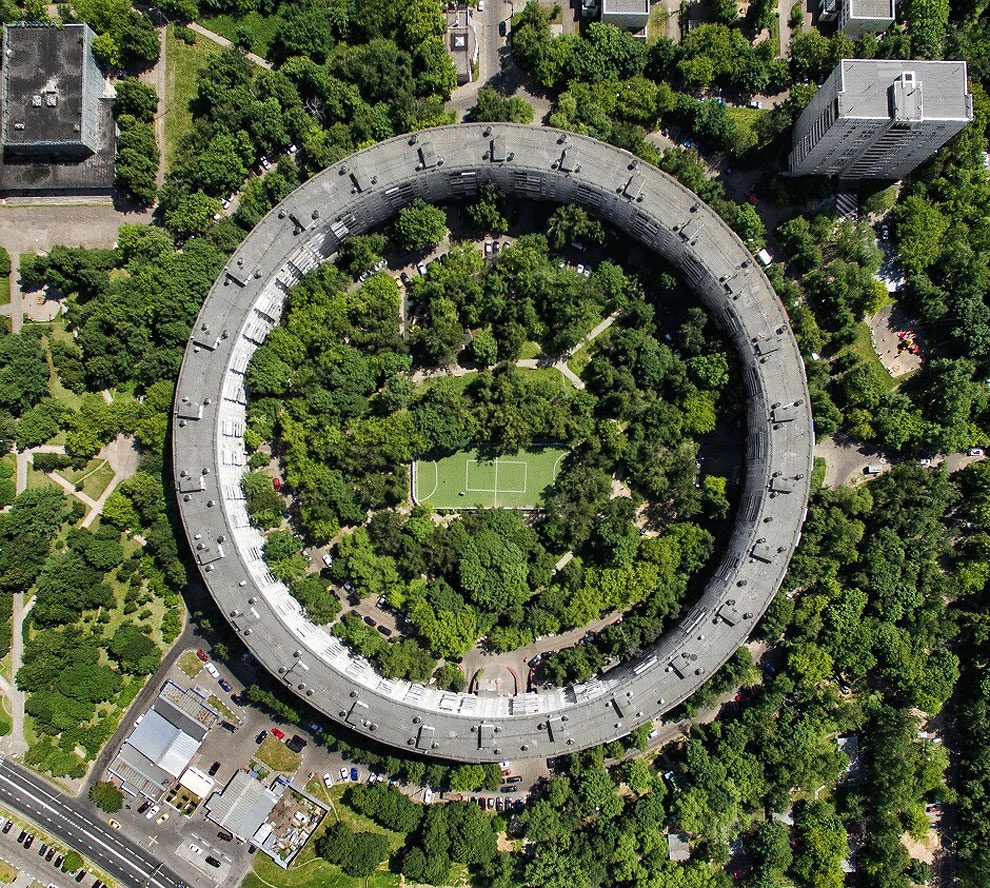 This is an experimental project of Russian architects Evgeny Stamo and Alexander Markelov. The residential house was built in 1972. The building was dedicated to the Olympic Games in 1980 and supposed to have 5 circles but after the second one the project was closed. 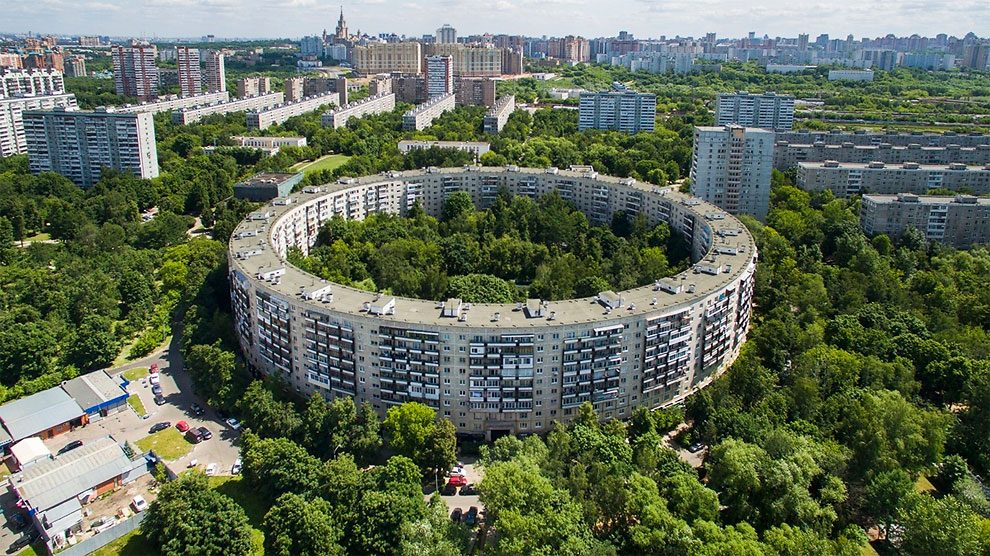 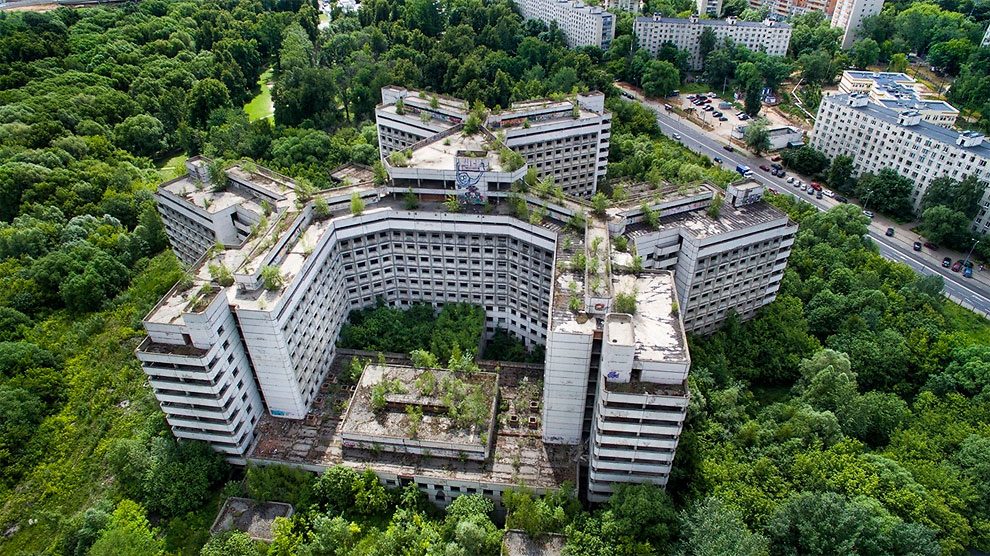 Another name is ‘Biohazard’. The legendary unfinished hospital in Khovrino District, Moscow. The construction has began in 1980 and in 1985 it was abandoned for unknown reasons. This building is considered a mystical and dangerous place. 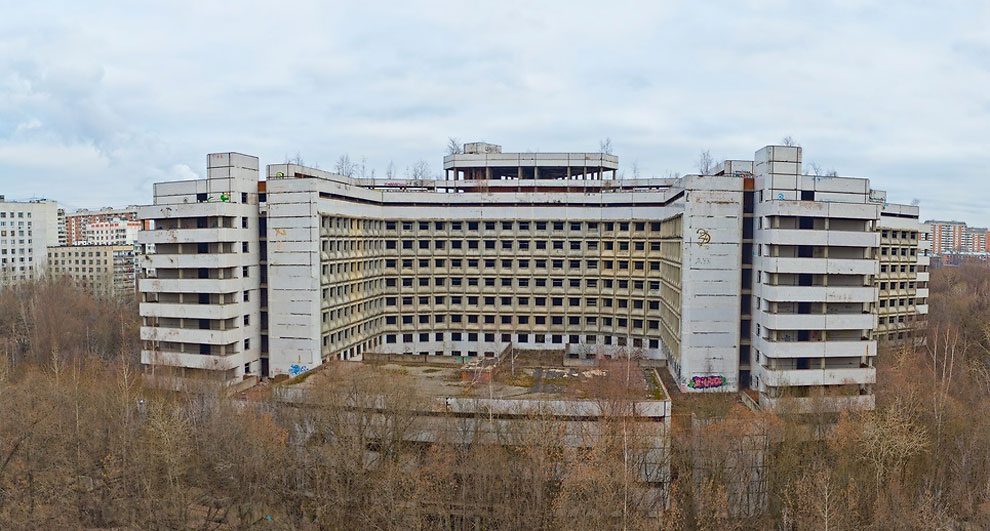 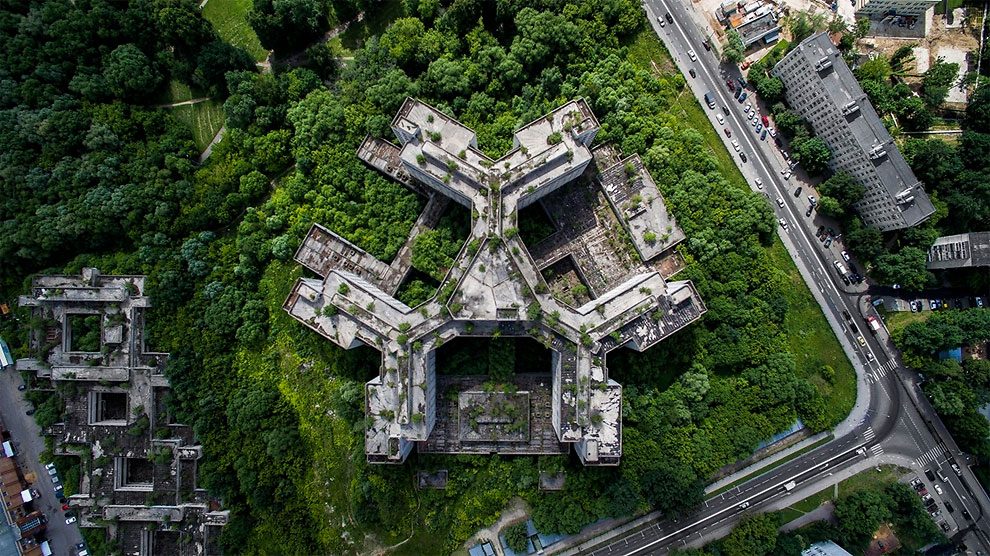 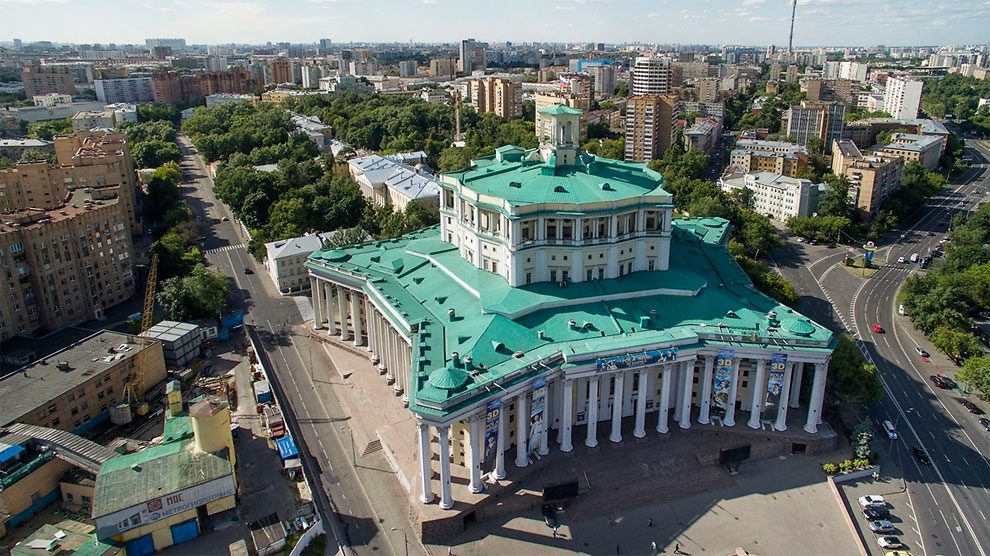 The theater of Russian army was built in 1930s. This beautiful building has a form of a star which is hardly noticeable from the ground. They say that during the WWII German pilots used it as a benchmark. 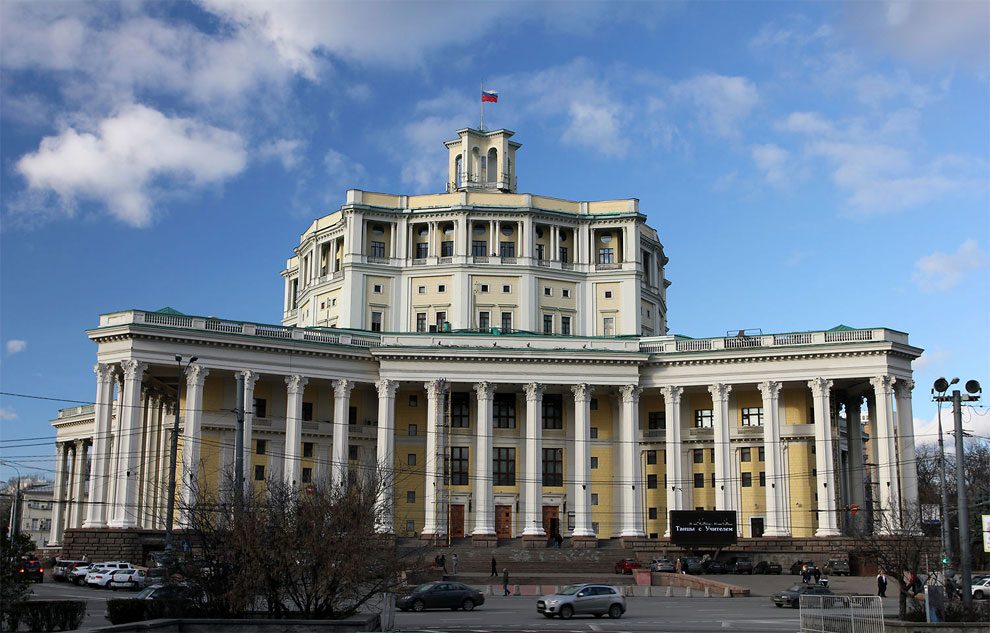 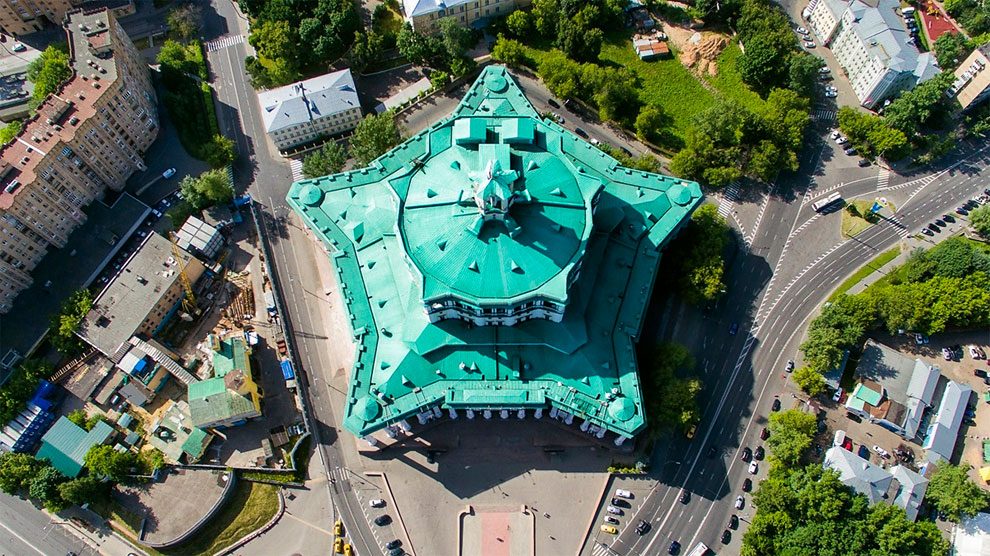 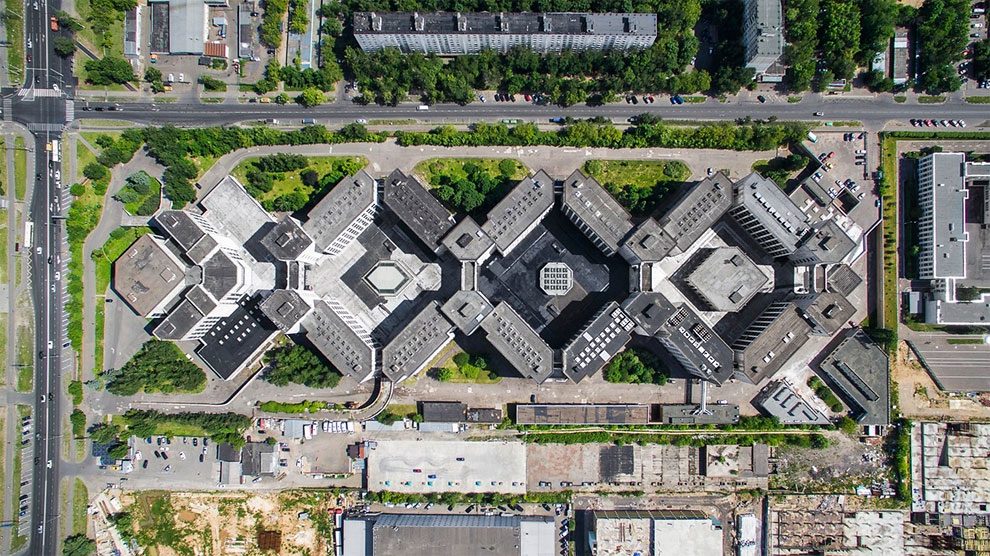 Institute of Bioorganic Chemistry of the Russian Academy of Sciences was created in 1959 in the USSR and got the new building in 1984. It has a form of the DNA helix which is also the logo of the Institute. 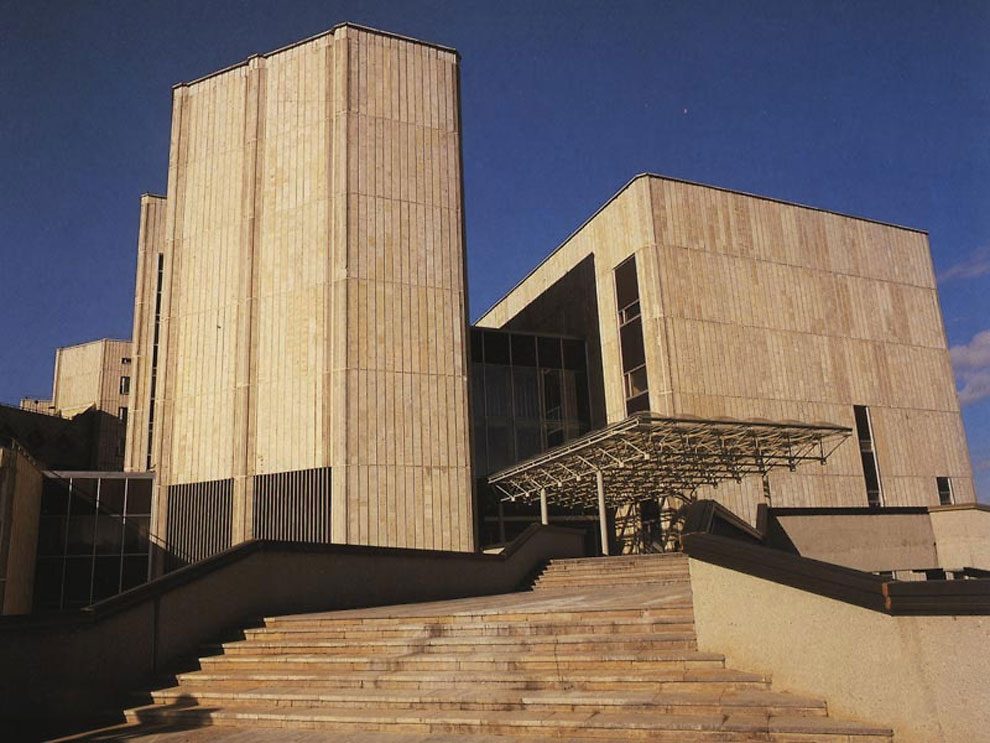 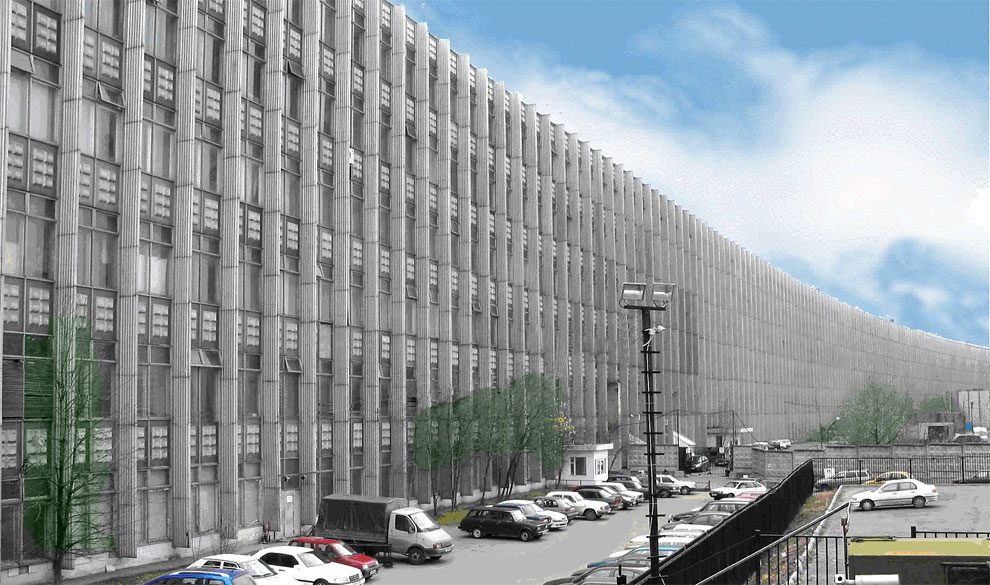 Research Institute ‘Argon’ was built in 1970s and now it is one of the longest buildings in Moscow; its lenght is 735 meters. 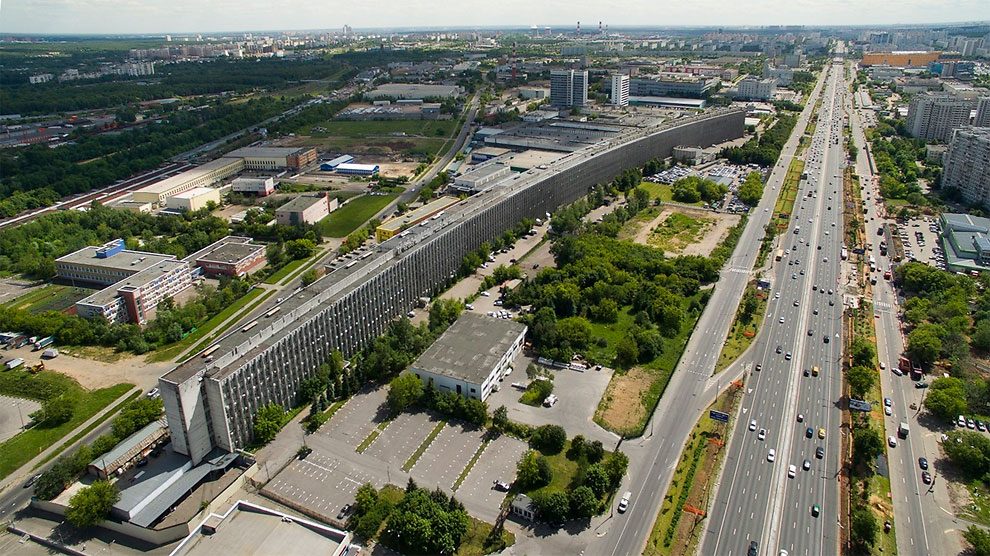 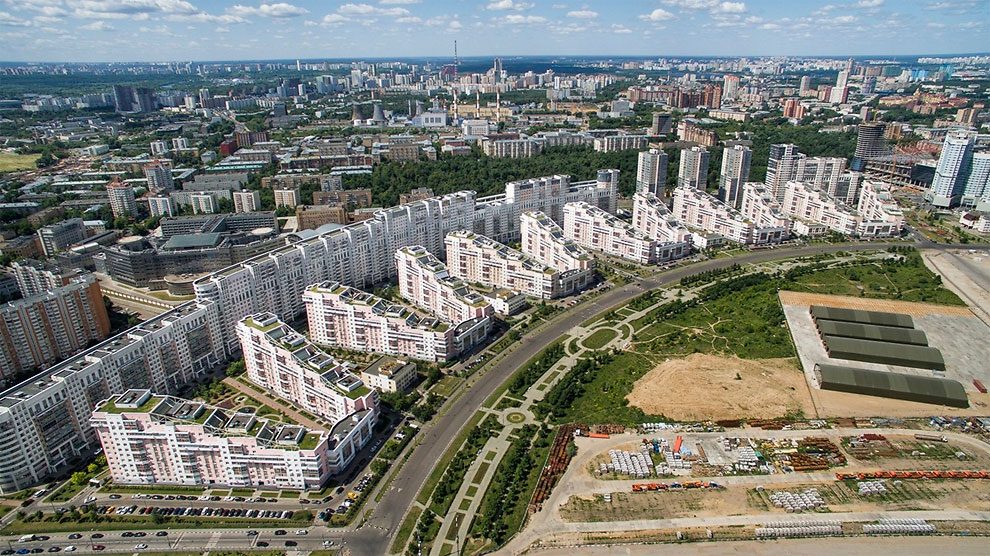 Large-scale residential complex «Grand Park». It was built in 2007 in Khodynka Field, Moscow. Houses of the huge complex are placed in an unusual way which reminds an image of a crown. 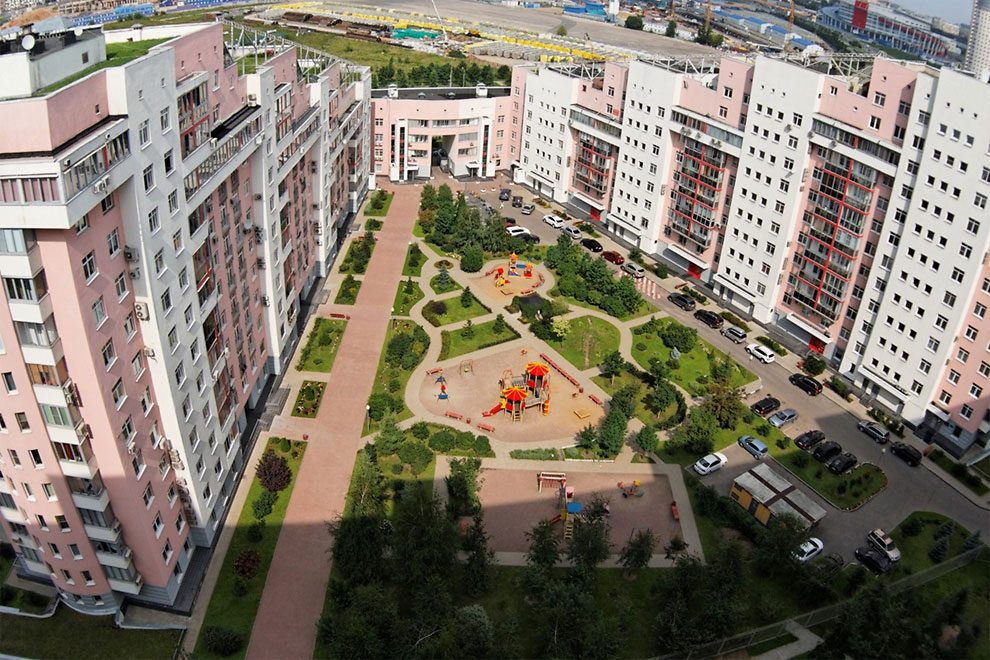 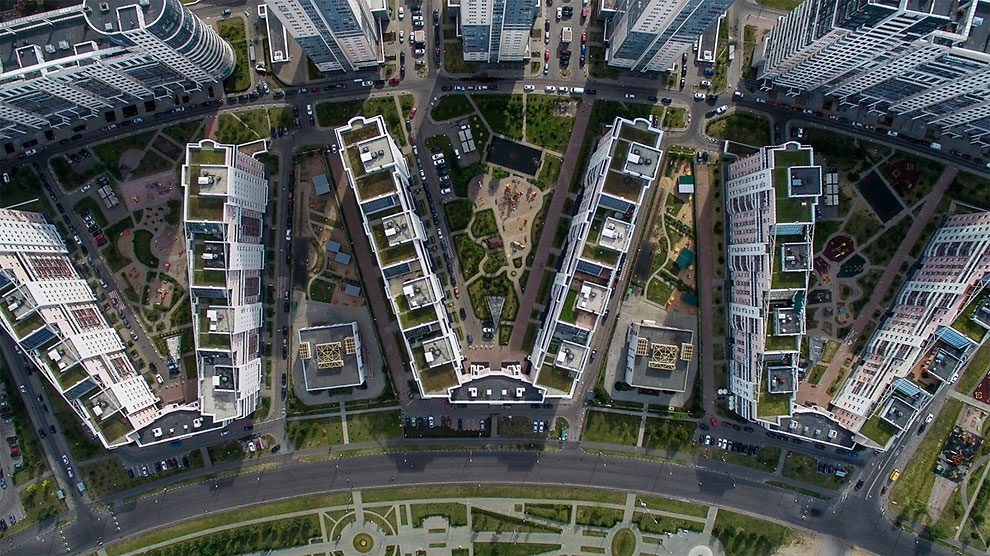 This Fire Station In Italy Looks Like A Supervillain’s Secret Base
This Ingenious Couple Built The House Of Their Dreams — And It’s Amazingly Small!
Minimalist Staircase
Rotary Clubs Light Up the World to Eradicate Polio
Toledo Metro Station by Oscar Tusquets Blanca
A Hidden Jungle Book Facade Of Paris
A Beautiful Abandoned Casino In Constanta, Romania
How Remote Russian Places Would Look Like If They Had A Bit More Care
Let's Take A Closer Look At The Scariest Playground In The World
New Stunning London Garden Bridge Project
"Death On The Dance Floor": Photographer Captured Stunning Photos Of Abandoned Discos Around France
Mysteriously Abandoned In 1976, This Creepy Mansion Just Gave Up Its Secrets
Spanish Designer Fernando Abellanas Works In A Secret Studio Right Under The Bridge
Reading Between the Lines by Gijs Van Vaerenbergh
Incredible Aerial Pictures Of The Shanghai Disneyland Theme Park
Living On The Edge Of The Icelandic Cliffside Retreat
Facebook Reveals Expanded California Campus Designed By Frank Gehry
Artist Buys Abandoned Chicago Bank to Transform It into Public Arts Center
Amazing Photographs Documented Victorian Houses Moving In San Francisco In The 1970s
Amazing Vintage Photographs That Show The Dangers Of Constructing The Empire State Building
Ricardo Bofill Taller de Arquitectura in Barcelona
This Chinese Farmer Built A Two-Storey Space Shuttle Replica On The Roof Of His House
This Building In Miami Has Art Painted On The Ceilings So It Can Only Be Seen By People On The Street
City Footbridge Gets People Closer To Nature
Most Expensive Home in the World has 27 Floors, Ocean and Slum Views
Incredible Photographs Of The Old Closes And Streets Of Glasgow From Between 1868 And 1877
Summer House Designed With A Pool On Its Roof Can Be As Open Or As Closed As The Homeowner Desires
People In Montreal Are Playing On Light-Filled Seesaws This Winter
Solitary Wilderness Shelter Provides Warmth to Mountain Hikers
New York’s Touristy New Public Space Is A Giant Endless Staircase
architecture, better, looks, russian, terrifying, which