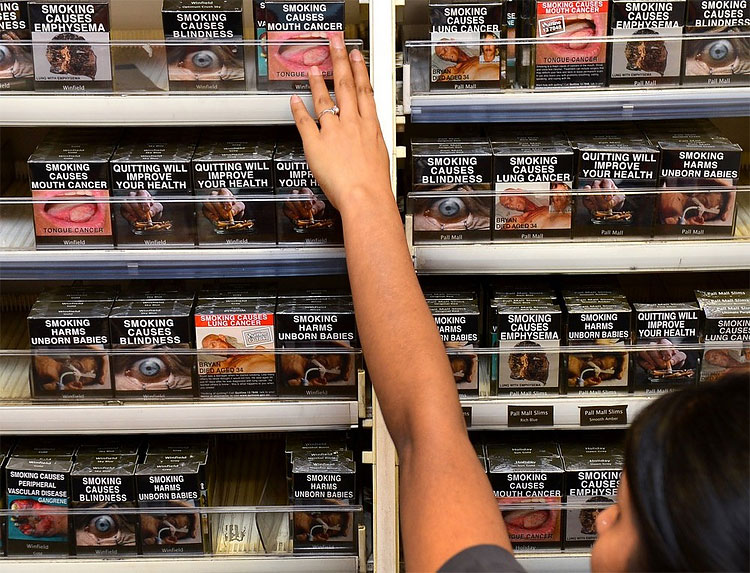 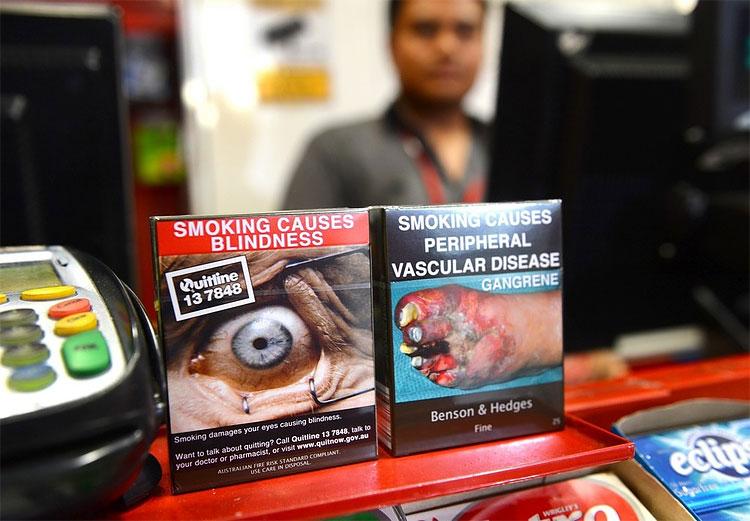 The legislation, the toughest in the world, strips packs of all branding, bright colours and logos, leaving only the name printed in identical small font. However, some smokers in Sydney said the new packaging with graphic images are not likely to make them think twice about buying their regular packs of cigarettes. 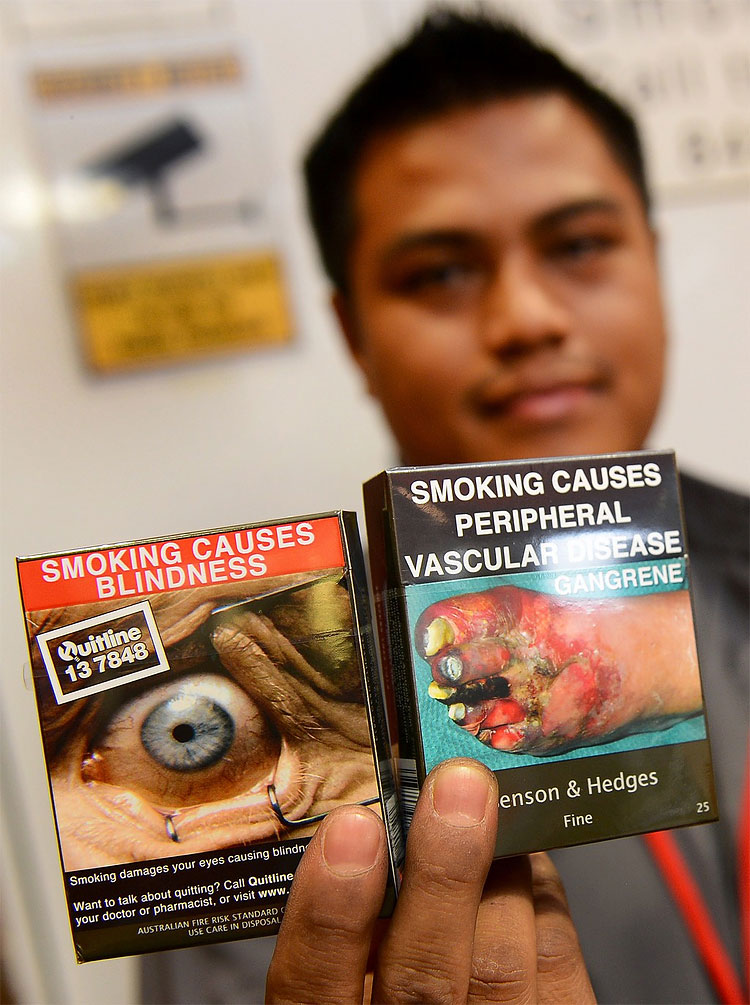 “Oh they hit home of course, but we already know that as a smoker. We already know the effects especially being 20 years a smoker, you know, it’s our choice”, smoker Lisa Wright said. Another smoker, Victor El Hage dismissed the images as “pictures you can find in any places”. 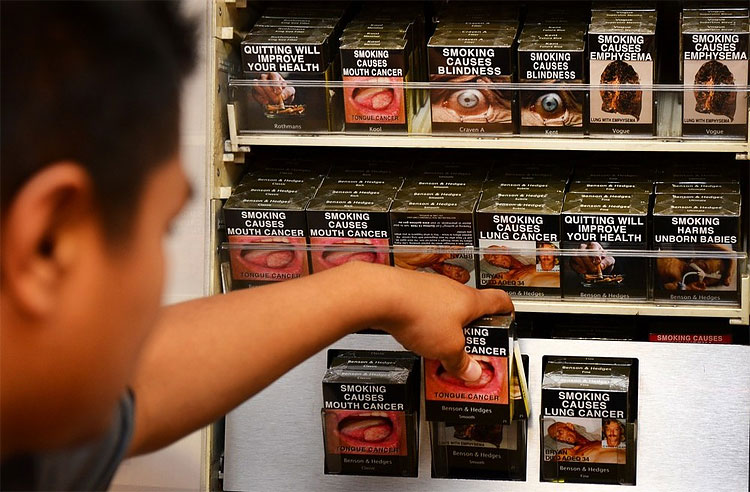 Packaged cigarettes which have to be sold in identical olive-brown packets bearing the same typeface and largely covered with graphic health warnings, with the same style of writing so the only identifier of a brand will be the name on the packet, are displayed in a shop in Sydney on December 1, 2012. A new world-first law forcing tobacco companies to sell cigarettes in identical packets came into effect Saturday in Australia in an effort to strip any glamour from smoking and prevent young people from taking up the habit.