iWalkers: Council Recruits Men with TVs Strapped Above Their Heads to Walk the Streets and Warn Public Not to Break Covid Lockdown Rules 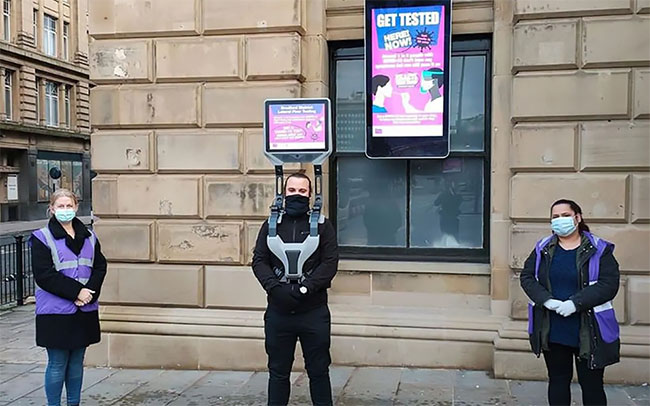 A council have recruited men with TVs strapped above their heads to walk the streets to police lockdown. The bizarre move saw staff and volunteers pound the streets of Bradford, Yorkshire, with TVs, which weigh 18lbs and have a 19inch screen, hoisted on their shoulders. 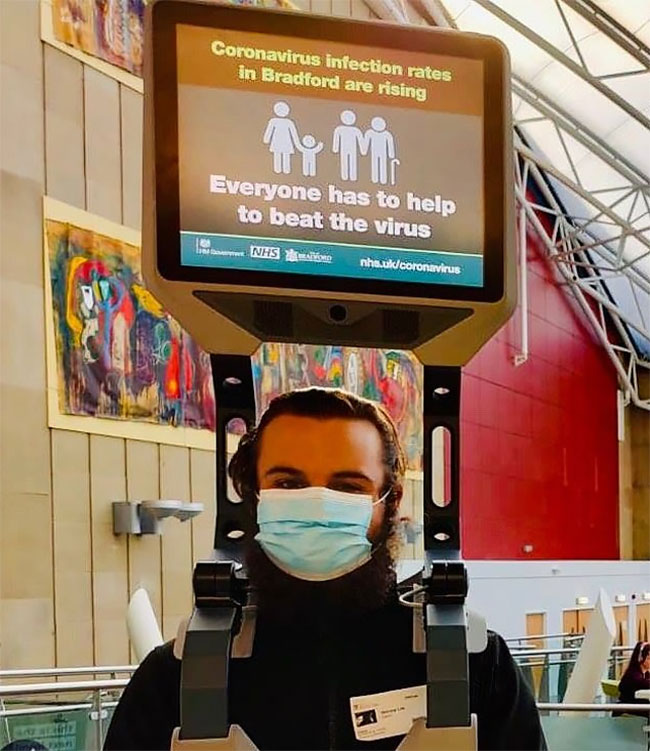 Bradford Council announced the ‘iWalkers’ scheme this week but due to public backlash it has been forced to delete a Facebook post detailing its plans. 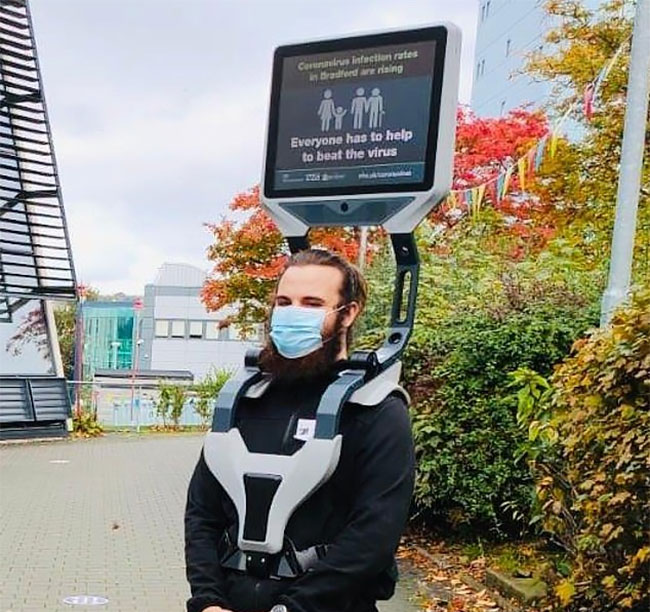 Pictures show a man using a backpack to lift a monitor roughly one-foot above his shoulders. It revealed the scheme had been funded by the Government and two ‘iWalkers’ hit the streets for two days. Locals were left stunned by the initiative and slammed the authority for frittering away taxpayers’ cash. 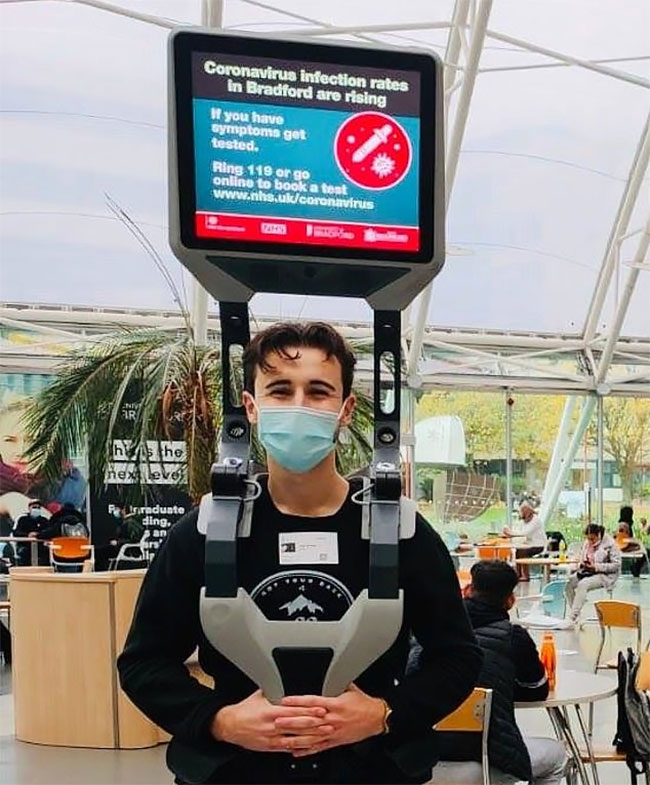 Living With Humanoid Robot
China's 'Jade Rabbit' Rover Lands on Moon - First Photos
iblazr - the First Universal LED Flash for Smartphones and Tablets
Production of the Statuettes for the 21th Annual Screen Actors Guild Awards at American Fine Arts Foundry
Mercedes-Benz Unveils Scale-Covered Concept Car Inspired By Avatar Movie
Ukrainian Technician Builds A Family Of Robots Out Of 1750 Wooden Parts
Lily - The World’s First Throw-And-Shoot Camera
NASA Captures Unique Elephant Face Image On Mars
1939 Pontiac Plexiglas "Ghost Car": The First Full-Sized "See-Thru" Car Ever Made In America
Martin Caulfield Services Some Of The Last Remaining Gas Street Lamps In The Capital
This Guy Came Up With A Plan To Turn Any Backyard Into A Beach
This Instagram Account Reveals Scenes From Famous Movies With And Without Special Effects
These Illuminated Cylinders Display Fairy Tales When People Get Inside To Power Them
This Guy Transformed A 1961 VW Beetle Deluxe Into A Black Matte Roadster
Turanor PlanetSolar: The First Solar-powered Boat
Pirate-Themed Scanner A Hit At NYC Hospital
The Last Ride
This Ingenious Car From 1923 Turned Into A Boat
The Story In Pictures Of The Giant Hughes H-4 Hercules Made Entirely Of Wood In 1945-1947
Albert Einstein's Brain on Display at London Wellcome Exhibition
The Wizard of Robots
Lexus UX Crossover Gets Tyre Inspired By Nike Air Force 1 Shoes
New York Architects Plan Enormous Skyscraper Hanging From An Asteroid In Space
The Most Appealing and Performing Electric Cars of 2011
Close Up
Flashing Falsies: Will LED Eyelashes Be The New Beauty Trend?
Pictures Of The Pontiac Club De Mer, The Jet Age-Inspired Concept Car Which Was Built In 1956
Rita – The Girl Who Happily Lives With A Bionical Hand
This 4x4-Inspired Aquanaut Yacht Explores Deeper with Onboard Submarine
Mood Meter Tracks Smiley Tweets and Frowny Tweets
awarness, coronavirus, lockdown, rules, safety, UK