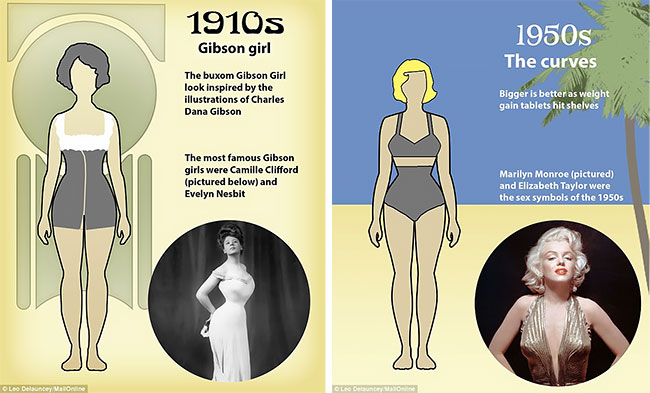 Over the last 100 years, the women we consider to be sex symbols have had a huge variety of body shapes. Check out this decade-by-decade description of what people considered to be a “hot body.”

Beginning with the 1910s Gibson Girl ideal inspired by the illustrations of Charles Dana Gibson: 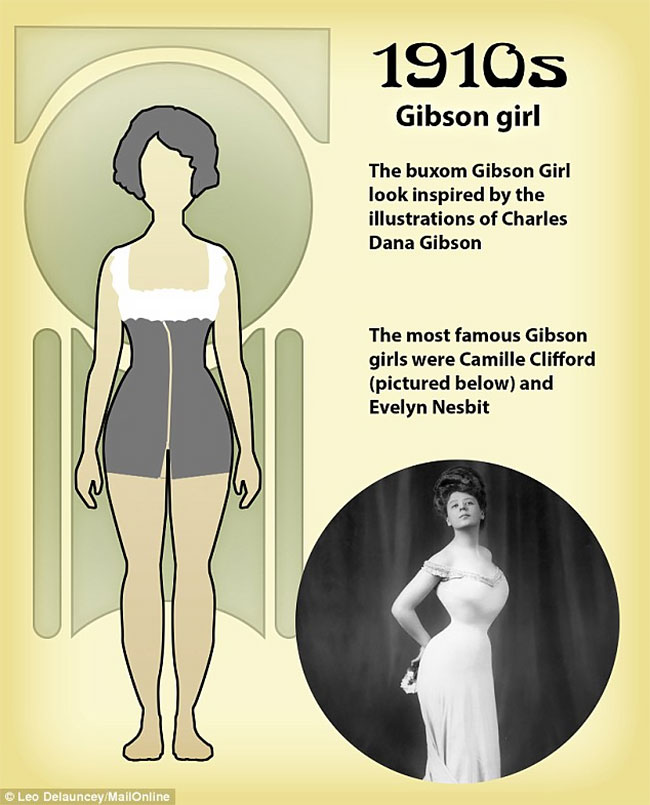 By 1920, the flapper girl was well in fashion and a trim figure was all the rage: 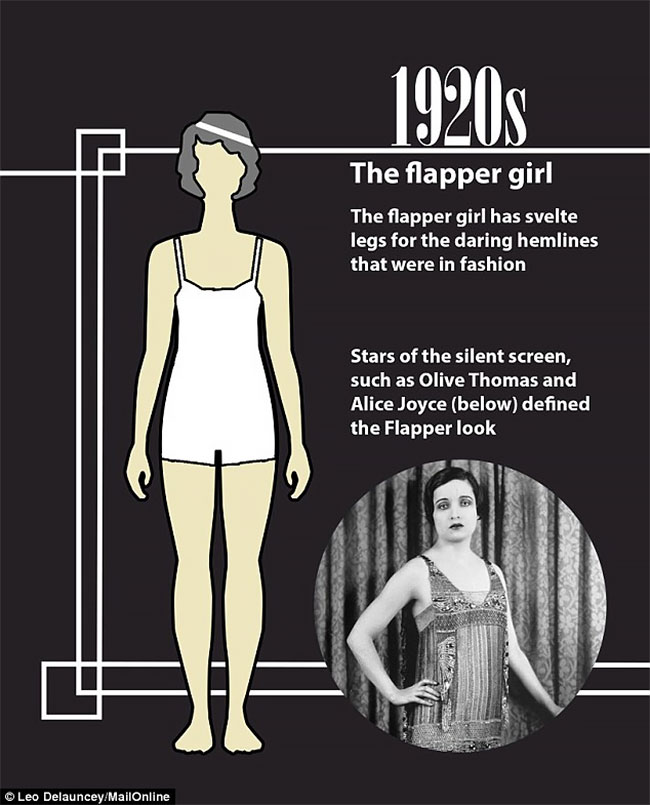 Hemlines fell in 1930 and curves seeped their way back into fashion: 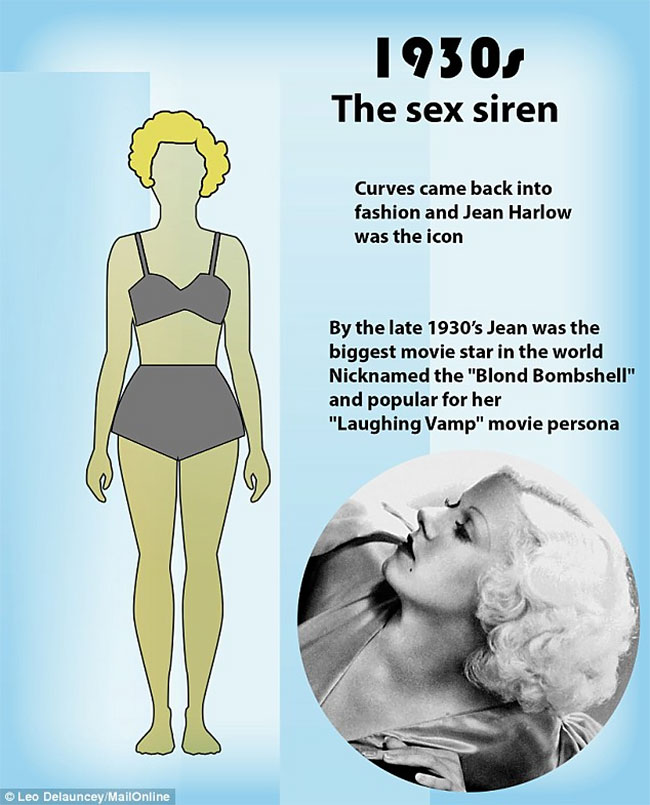 With their men off fighting, fashion changed in the Forties and the curvy feminine look to cheer returning heroes became the order of the day: 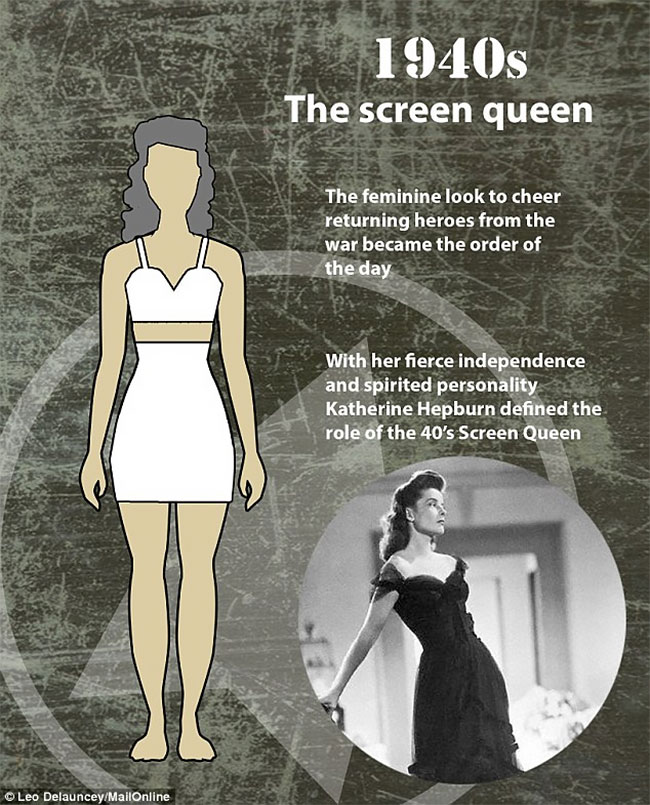 In the Fifties, weight-gain tablets were promoted in magazines to help women fill out their curves: 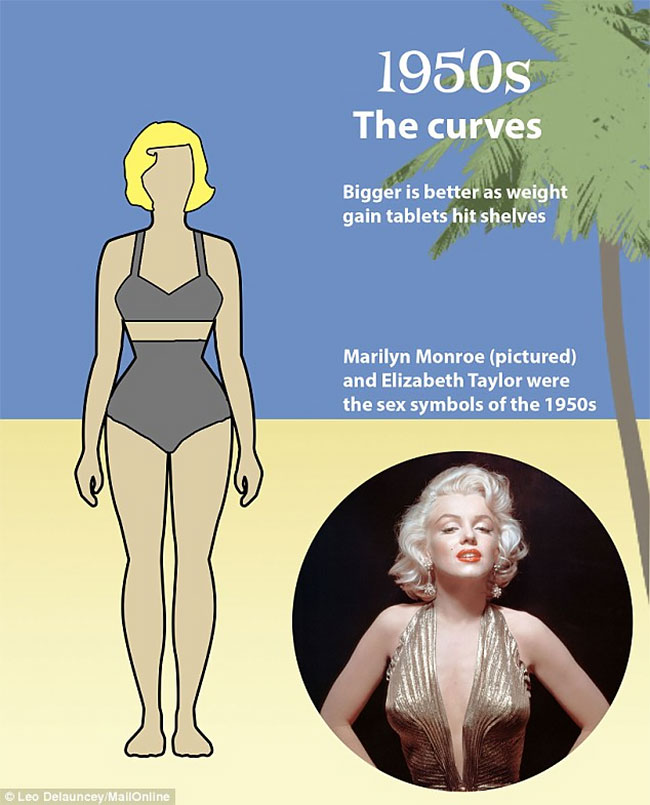 In the 1960s, dresses shrunk to suit the favoured petite frame as sported by Twiggy: 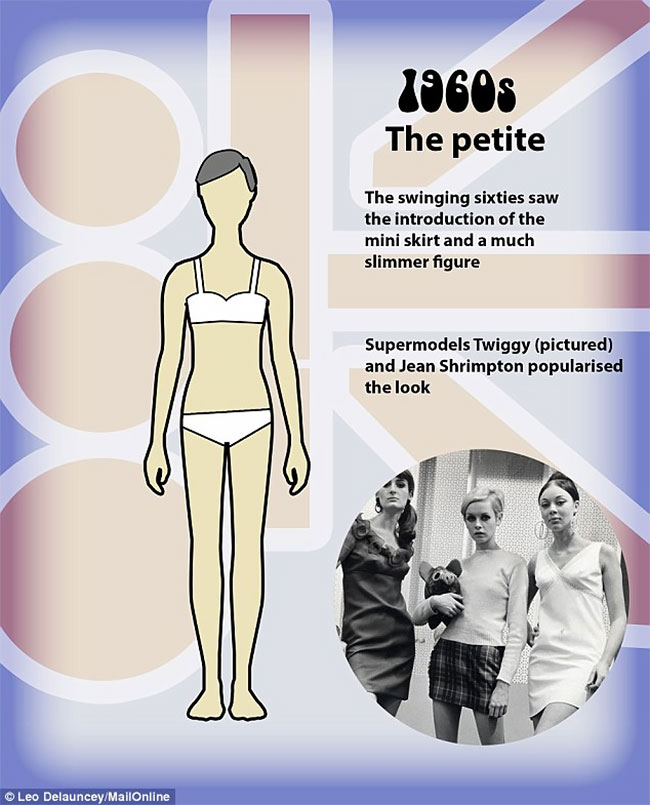 Back came the curves in 1970 – the era of the long, lean dancing queen: 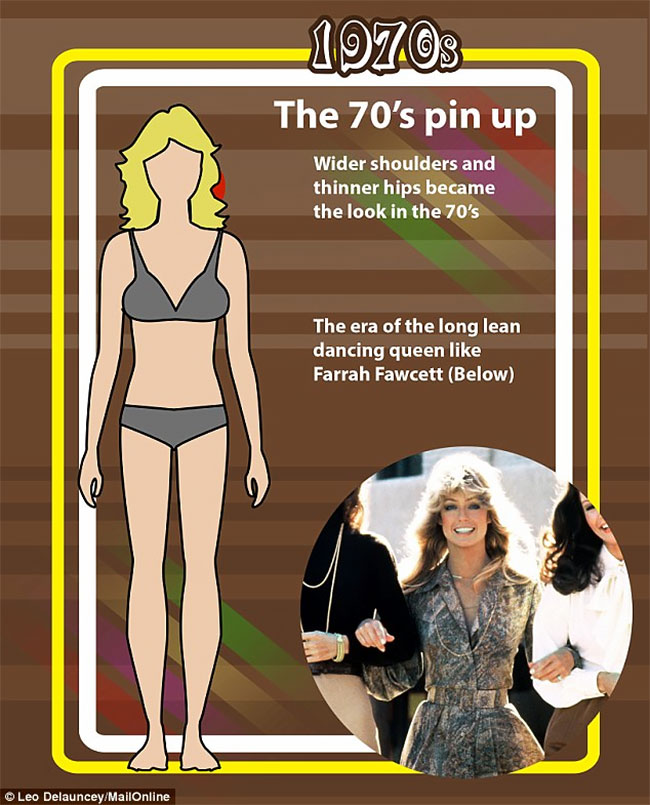 By the Eighties, the British woman was on the way to a healthy figure with Elle MacPherson being the ideal: 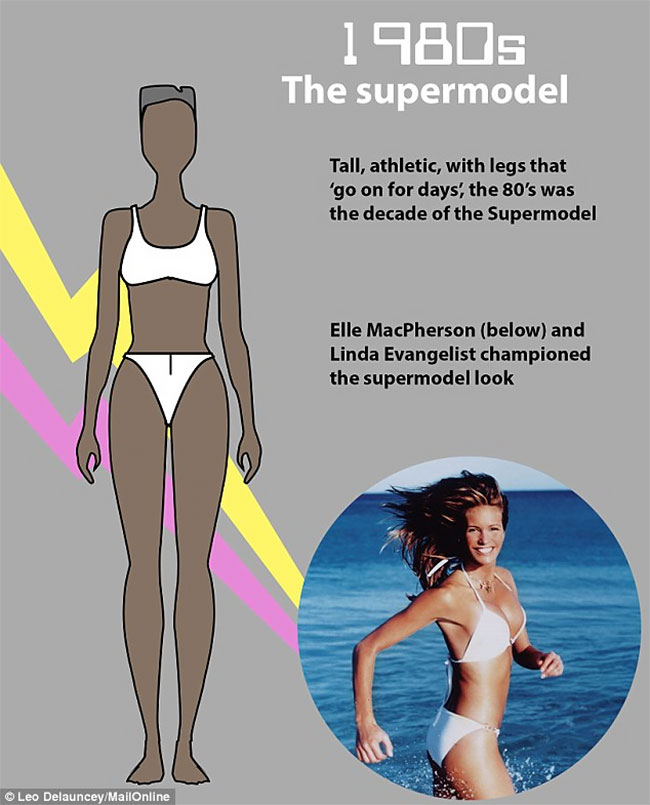 The Nineties was the decade of ‘the waif’ popularised the ‘heroin chic’ look seen on Kate Moss: 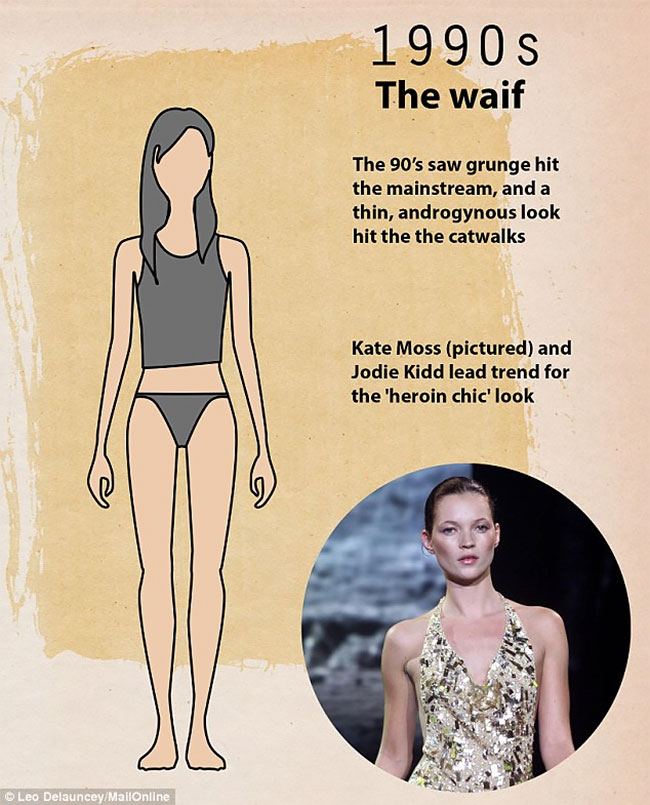 By the millennium, women strived for an athletic figure like Britney Spears: 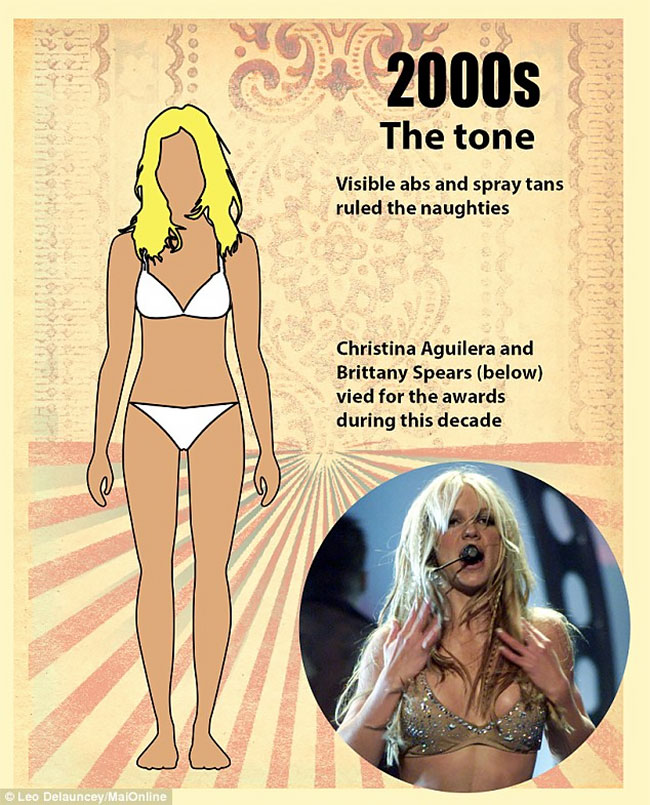 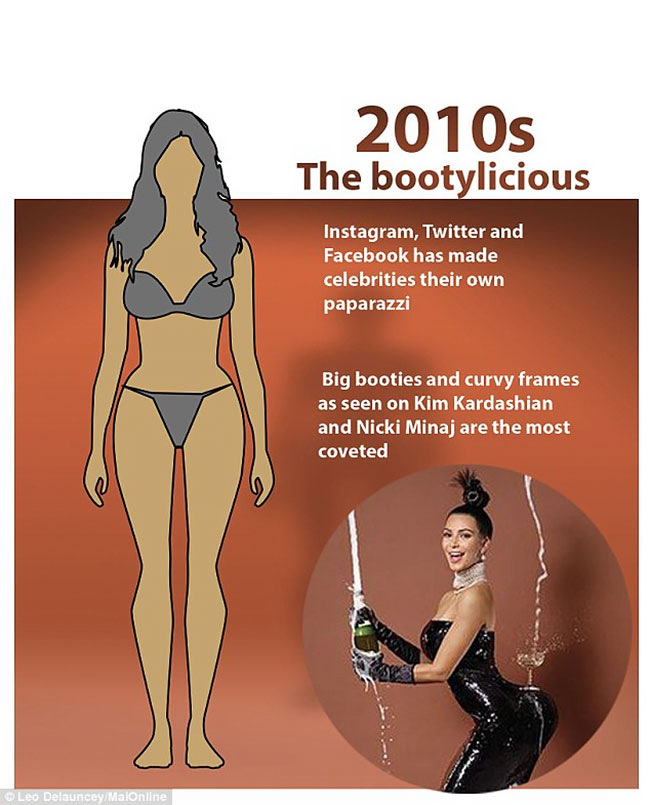 Illustrator Adds Funny Monsters To Everyday Life, And It’s Brilliant
This Artist Channels His Love Of Comics Into The Most Beautiful Illustrations For Dark
Biting Illustrations That Uncover All Of The Human Essences In Modern World
IKEA Shares Their Iconic Meatballs Recipe And It Consists Of Only 6 Steps
The Dark, Cyberpunk And Fantasy Paintings Of Jakub Rebelka
Glorious Pieces Of Handwriting In The Most Unusual Places
The 'We're All Eating This Together' Campaign
Jigsaw Puzzle That Will Exercise Your Patience
Dad Creates First-of-Its-Kind Magical Book for His Son
Illustrator Brings His Cartoons To Life With Clever 3D Tricks
Source of inspiration since 2007. Proudly hosted by WebHostingBuzz.
Privacy Policy · Terms of Service · Content Removal Policy 🇺🇦 ❤️