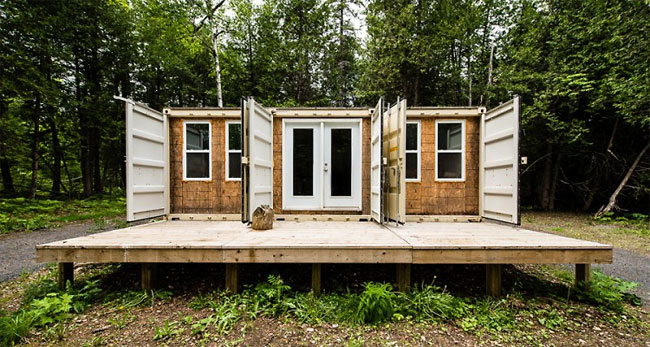 In a forest on the outskirts of Ottawa, Canada, Joseph Dupuis built a home out of three shipping containers. 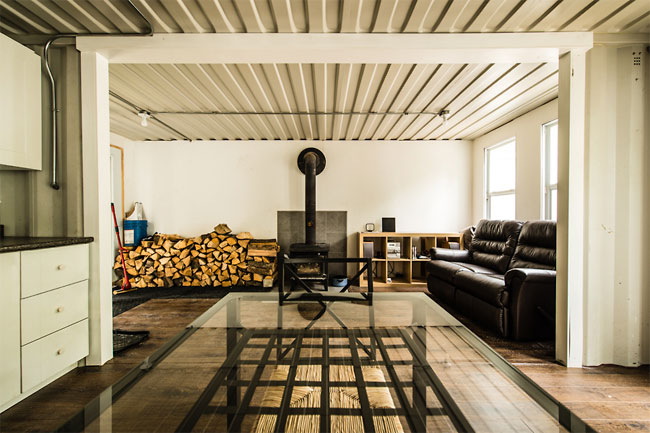 They cost $3,400 each. Dupuis’ home is a 355 square foot single-storey room with heated floors, a wood burning fireplace and solar panels on the roof. It took Dupuis three months to complete this cabin getaway. 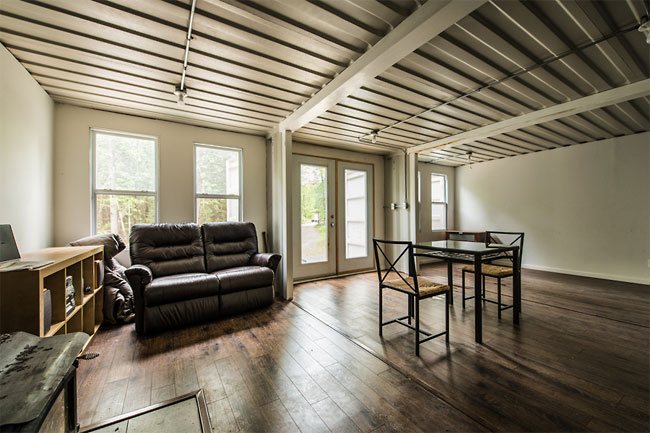 As a renewable energy engineer in Algonquin College, he calls his home “a giant science experiment” while constantly tinkering with new additions. Currently, he plans to add an upper-level bathroom with a glass ceiling. 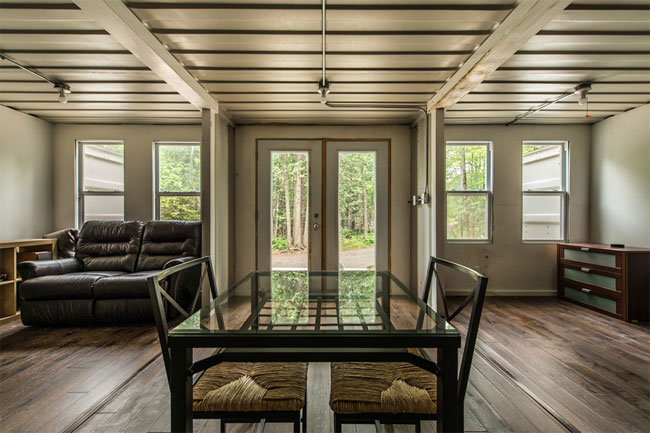 The 29-year-old barely has to pay for utility bills—his most expensive cost is his phone plan, since it includes Internet access. Even with heated floors in the winter, the cumulative total from heating costs to phone bills is $35. 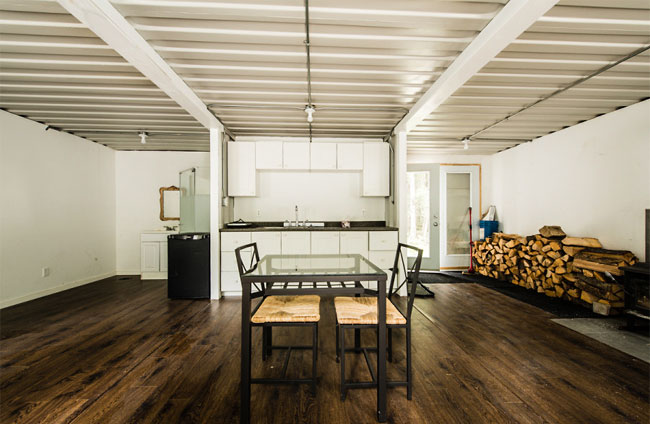 Water is drawn from a neighbour, and flows into his home from a holding chamber behind the kitchen. There’s no toilet in the home, with Dupuis opting instead for an outhouse in the backyard, which keeps his water usage low and stops him from having to register the home as a “dwelling” (meaning he can break it down and move it whenever he wants). 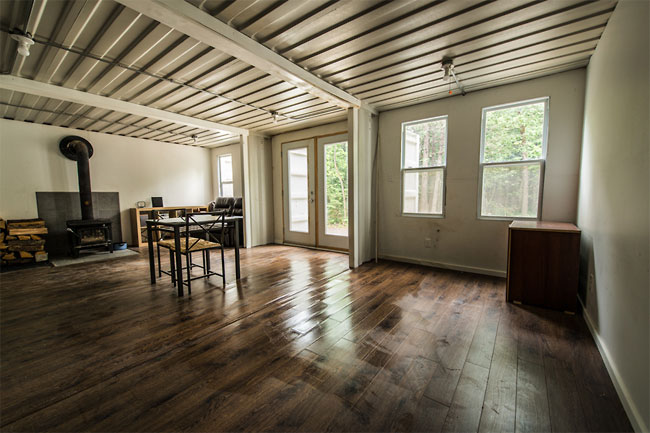 The money he saves is used to travel. 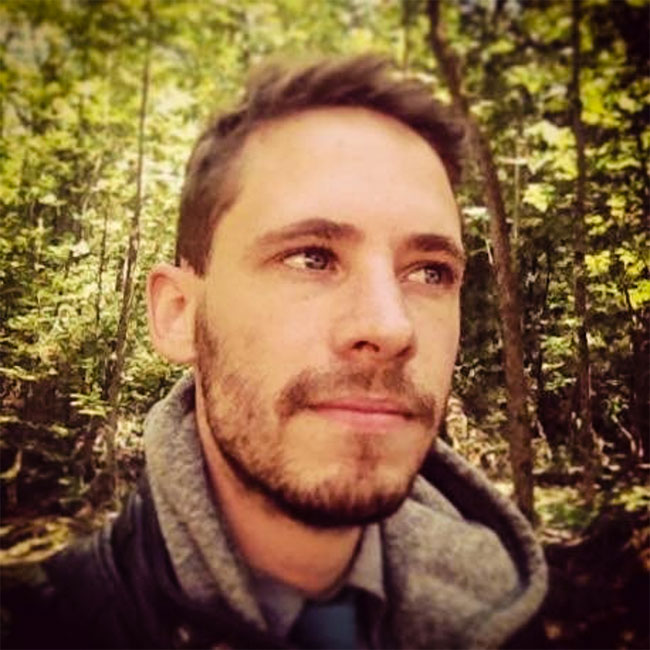 Dupuis considers his home a proof-of-concept, showing that people don’t need to buy expensive homes and be in debt for the majority of their lives in order to achieve happiness. 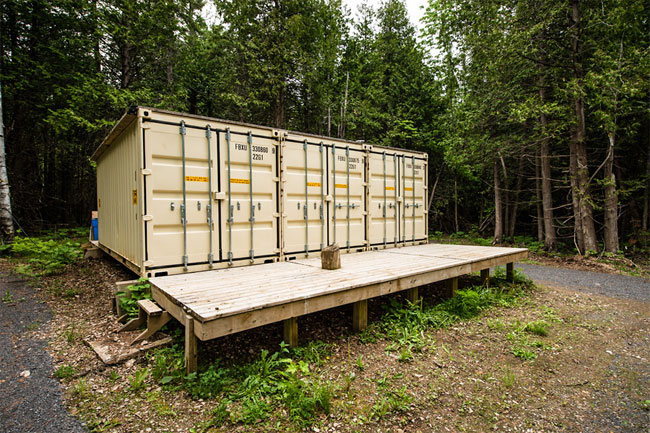 “I want to help as many people as I can get out of the pocket of big banks and make people more self-sufficient,” Dupuis told HuffPost. “I see my friends buying $400,000 houses and they’re in debt for the next 35 years. It’s pretty backwards, we don’t need these expensive homes and all this stuff we have in our lives.”

In the future he wants to add a couple more containers so he can work on his motorcycles near the house. 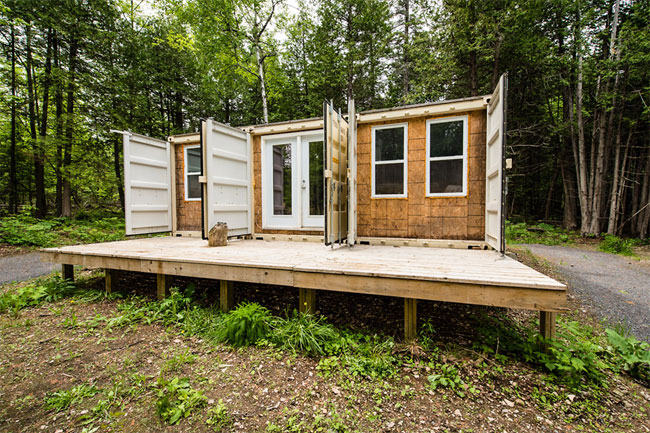 These Stairs Show How Many Calories You Burn While Climbing Them
People Went Crazy Taking Selfies In This Mirrored Beach Hut
'Slinky Springs to Fame' Bridge Built in Oberhausen, Germany
A Family In Belarus Lives In A Very Small And Tiny Awesome House
Majestic Sails Benches Will Transport You To The Open Sea
Real Madrid Reveal Plans for $1bn Resort and Theme Park in UAE
Real Size Replica Of The Noah's Ark Opens At Kentucky Theme Park
Would You Feel Safe In A Building Like This?
"Pure White": When Asbestos Was Used As Fake Snow
A Hidden Jungle Book Facade Of Paris
This Bizarre Japanese Temple Looks Like A Fallen Intergalactic Starship
Underwater Restaurant Has Been Completed In Norway And It Looks Out Of This World
Numbers on Stairs Help Kids Learn to Count
This Organiser Will Reveal A Collection Of The Most Frequent Searches Made Using The Google Search
Reading Between the Lines by Gijs Van Vaerenbergh
CasAnus Hotel: This Hotel In Belgium Is Shaped Like A Giant Anus
Photographer Discovered An Abandoned Doctor’s House Filled With Creepy Things
This Hotel Is Built Around The Surrounding Rocky Landscape
New Glass Flooring Across Tower Bridge's High-Level
Dystopian Lighthouses By Adrian Labaut Hernandez
Paris’ Utopian Village Of Concrete Cabbage
New Glass Room in French Alps Offers Amazingly Scary View
Jogger Creates Festive Shapes Using GPS Running App
Artist Transforms Herself Into Different Characters Using Only Makeup
biggest, builds, containers, house, shipping, using