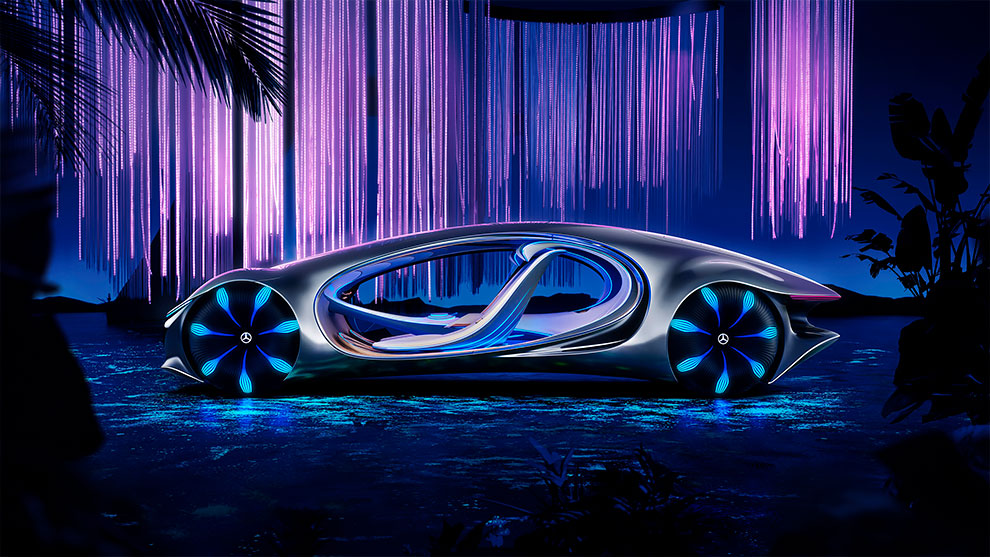 Mercedes-Benz has revealed its take on the vehicle as a “living creature” with the Vision AVTR concept, which takes design cues from the sci-fi fantasy film Avatar. Dubbed the Vision AVTR, the design takes its name not only from the Avatar film it was inspired by, but also stands for “Advanced Vehicle Transformation”. 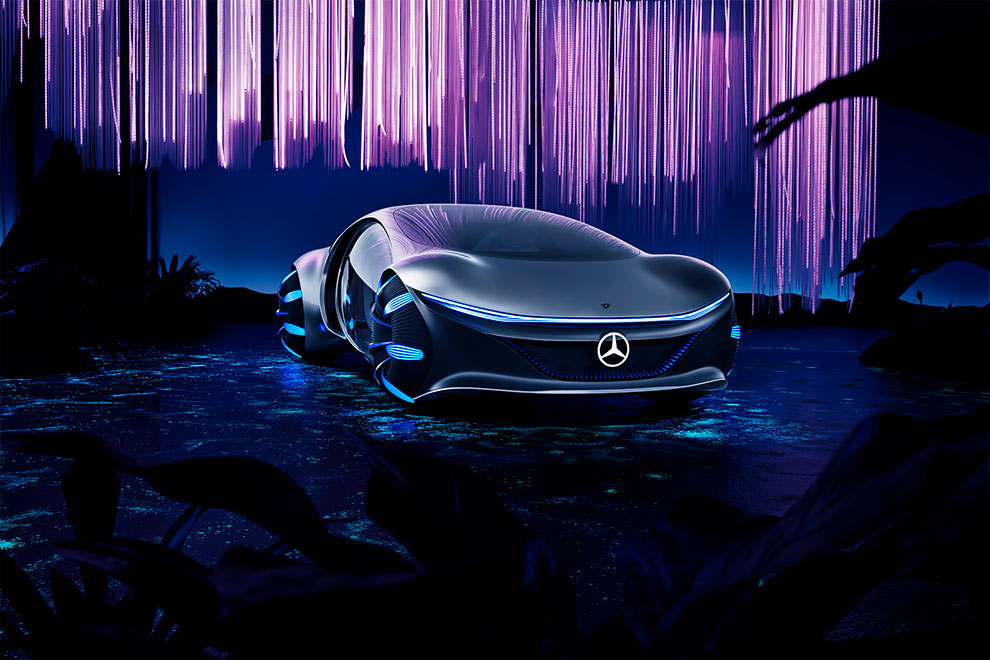 The AVTR, however, boasts a design inspired by the world of Pandora – the fictional universe where director James Cameron’s Avatar film is set – and its blue humanoid creatures, in a bid to demonstrate a new way that people, machines and nature can interact. 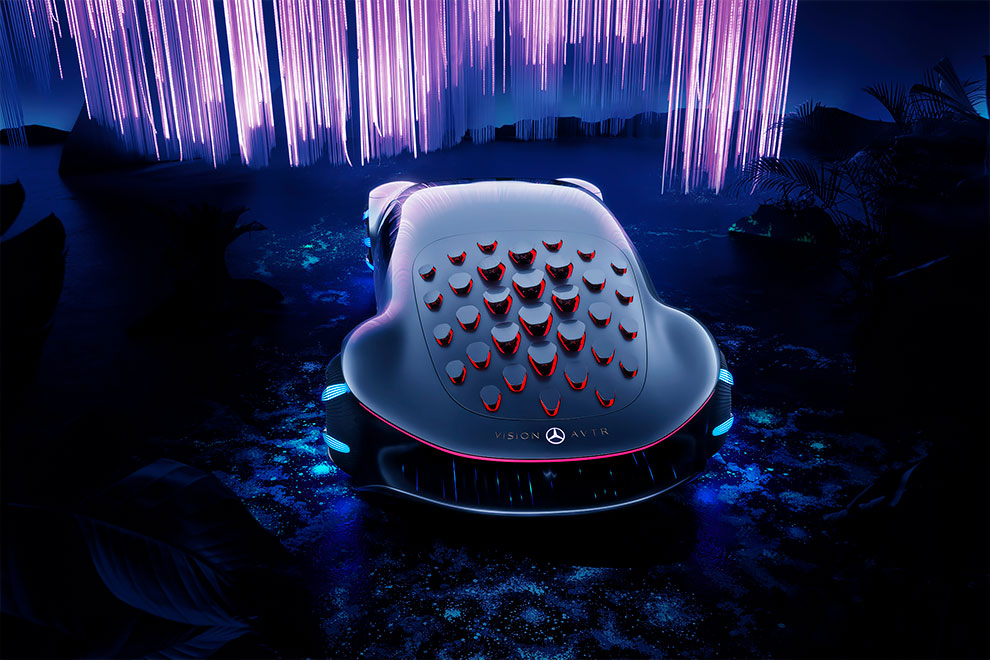 A total of 33 “bionic flaps” are embedded into the back of the vehicle to emulate the scales of reptiles. These scales can communicate information to the driver and to the car’s surrounding environment via subtle “flowing” gestures. 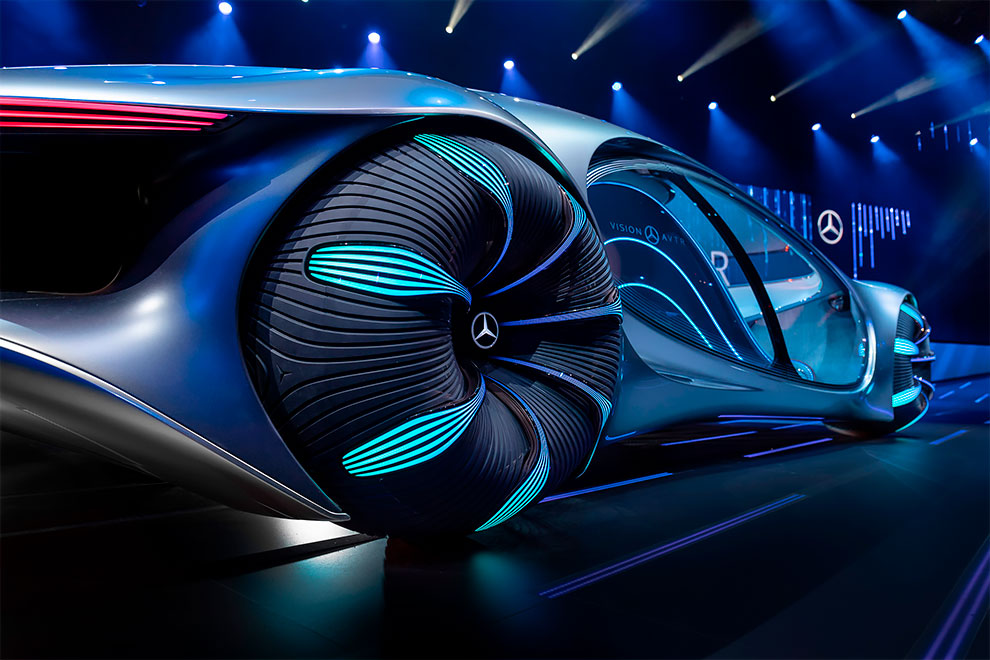 The Vision AVTR interiors are also made from sustainable materials such as vegan leather seats, with a floor made of rattan. 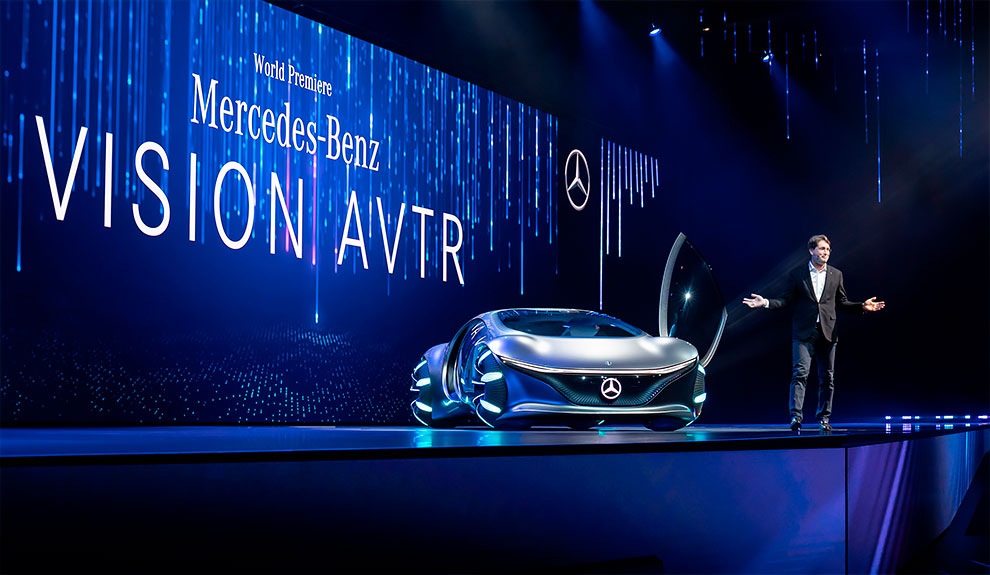 A multifunctional control element running through the centre of the car’s interior acts in place of a conventional steering wheel, and allows the car and driver to connect via biometric readings. 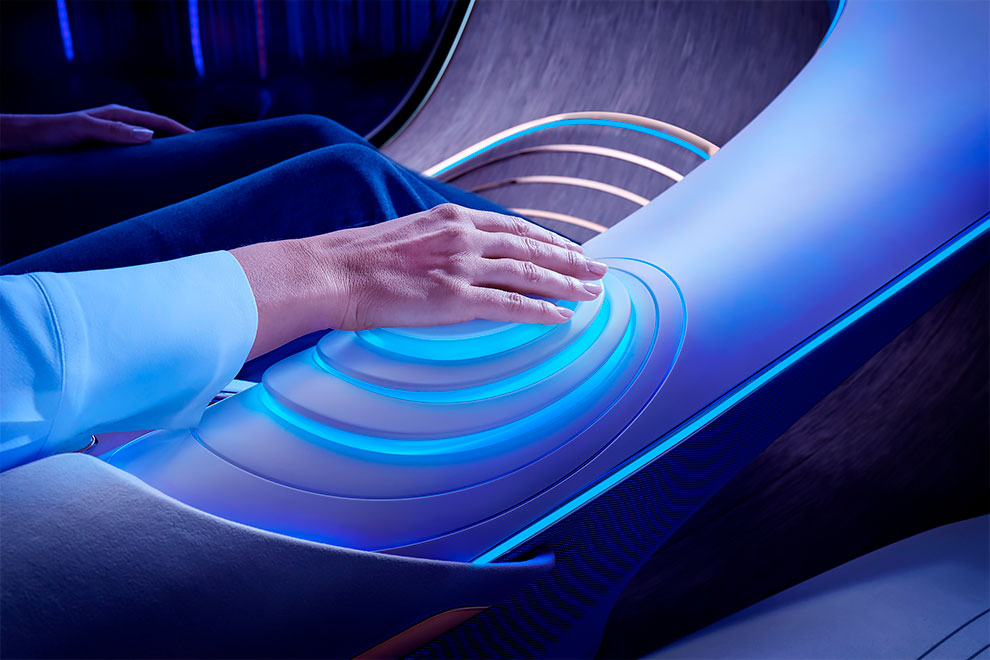 The vehicle is able to recognise the passenger’s heartbeat and breathing after placing their hand on the control unit. If the passenger lifts their hand, a menu selection is projected onto their palm, which they can use to select different driving functions. 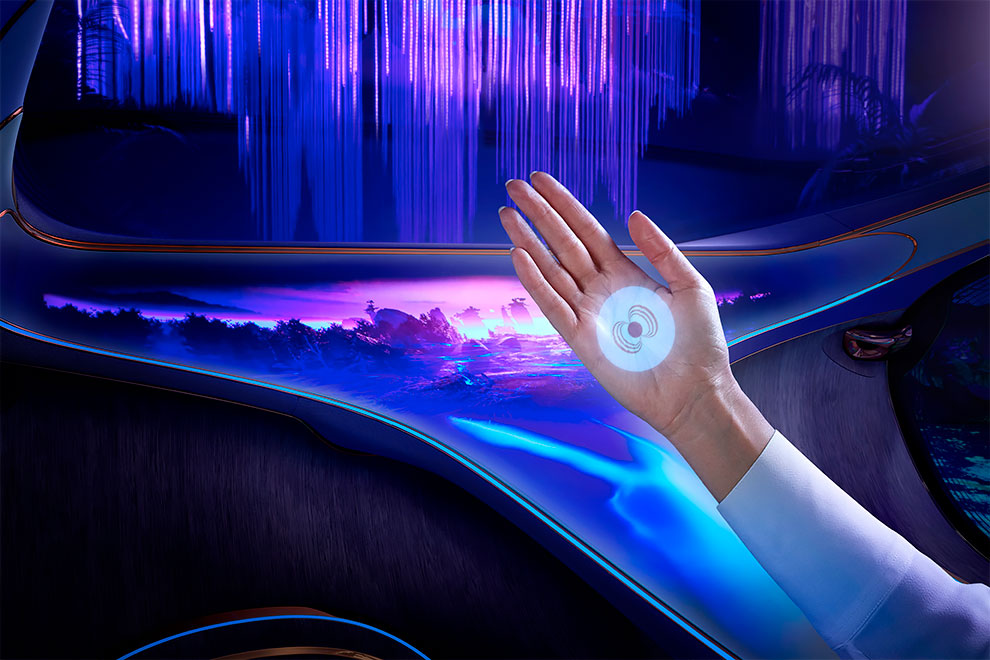 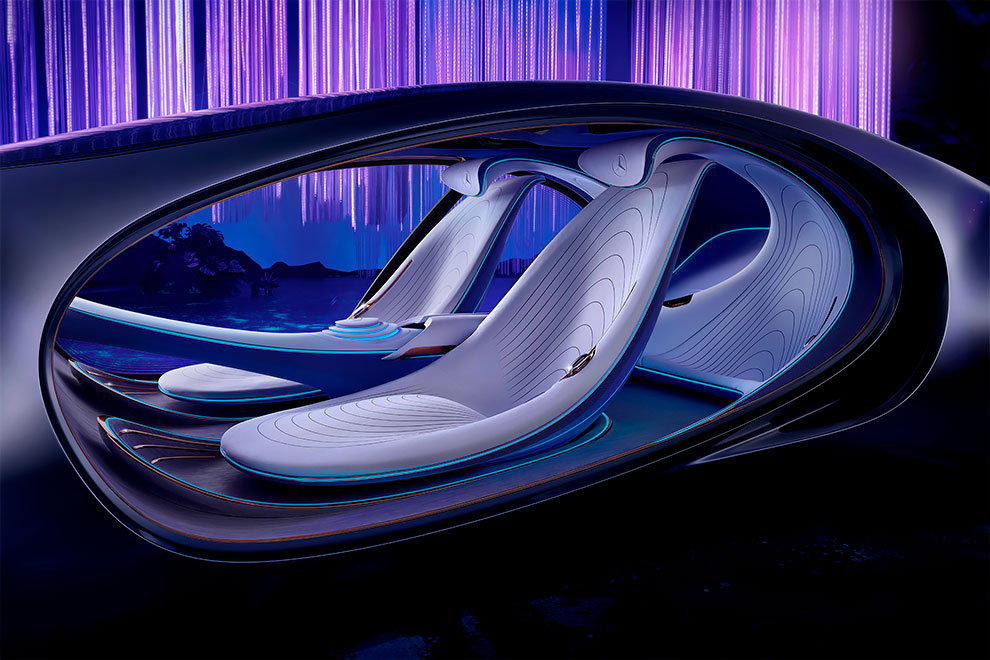 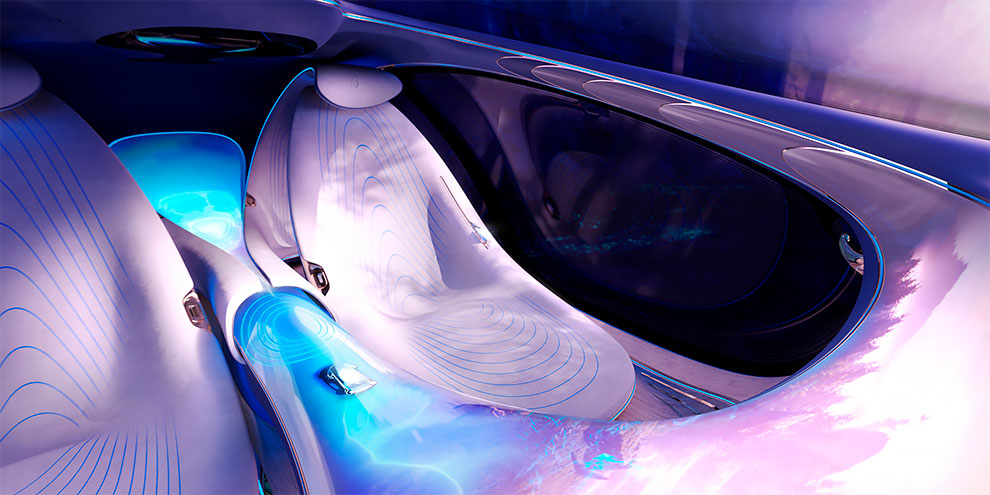 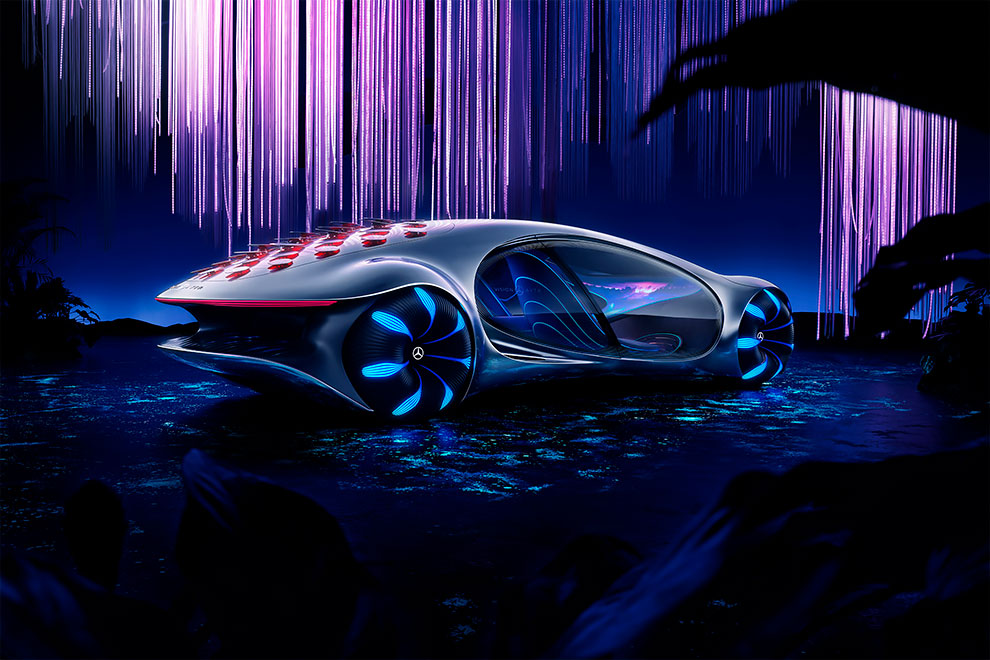 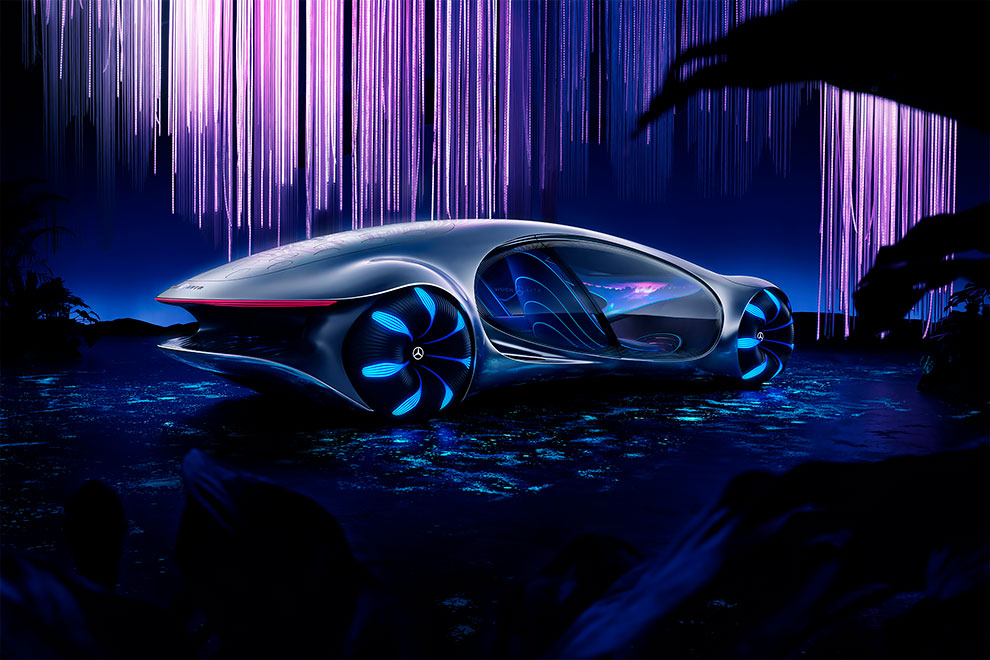 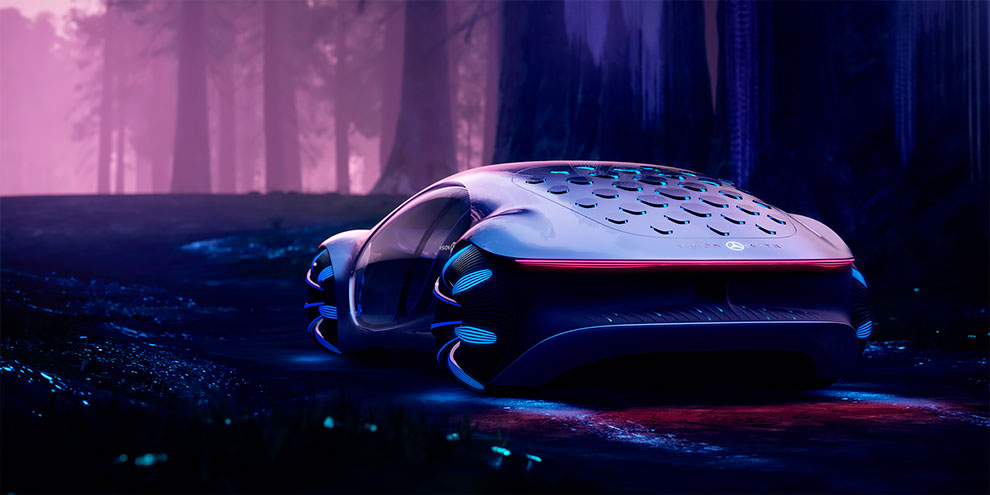 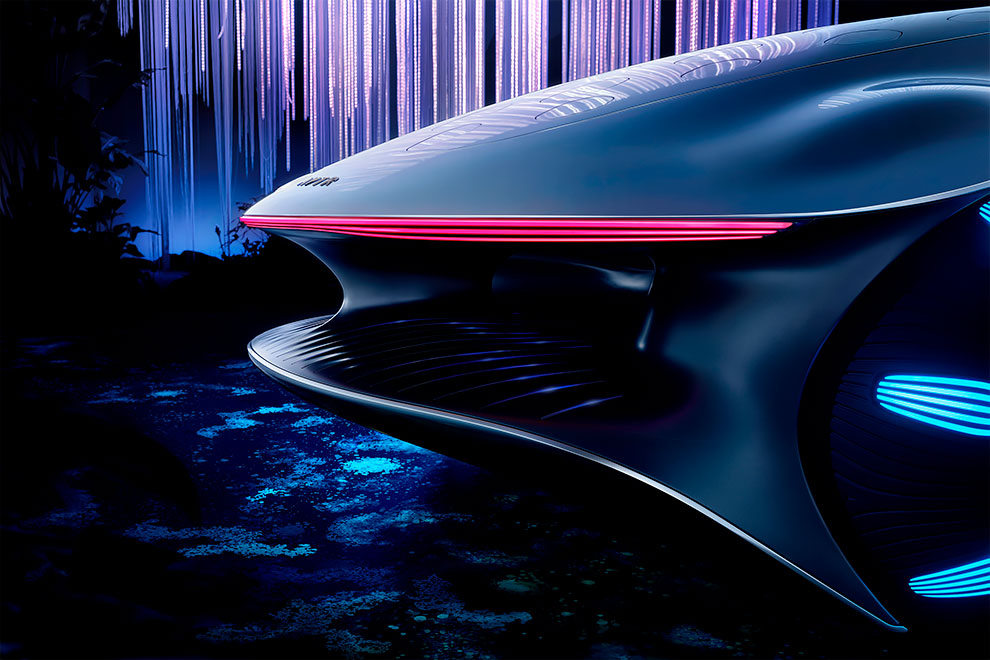 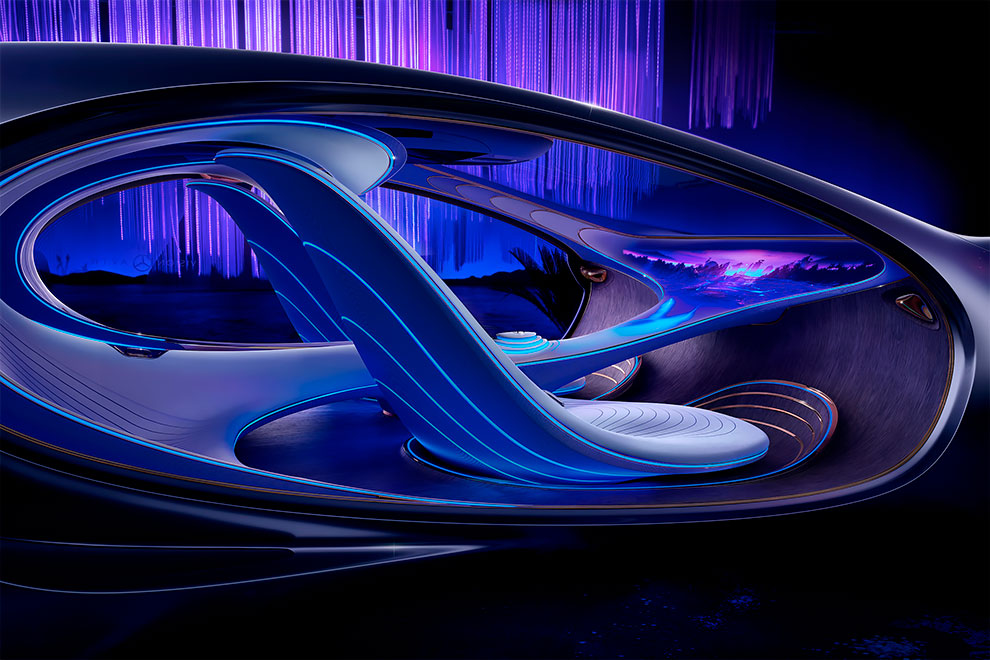 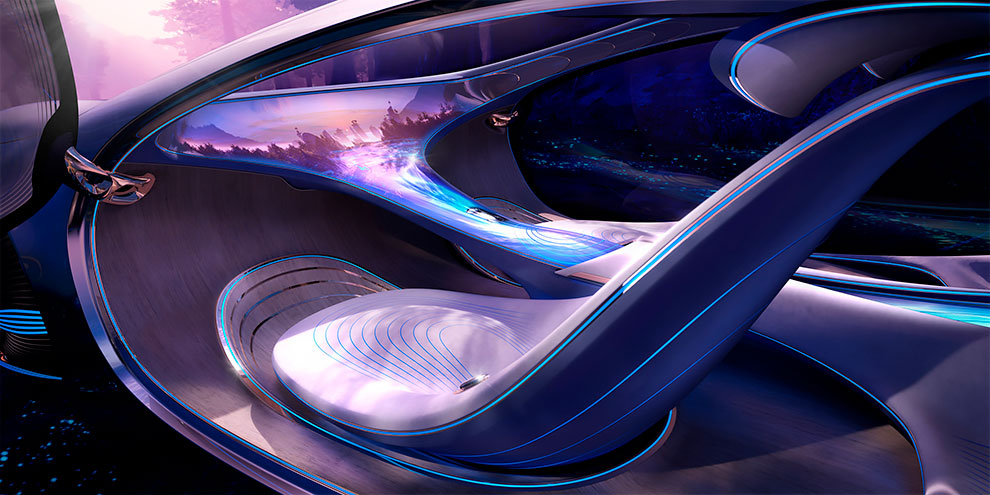 Customized “Pioneers” and the Road of Life
Beautiful Photos Of The 1971 DeTomaso Pantera
1939 Pontiac Plexiglas "Ghost Car": The First Full-Sized "See-Thru" Car Ever Made In America
Snowfall Makes Cars Happy: Someone Drew Eyes And Smiles On The Snow That Fell On The Cars
This Smart Bonsai Follows You Around, Quotes Goethe, In TDK’s Vision Of The Future
Belgian Designers Have Created A Canoe For Two That Folds Away Into A Box
Digital Tech Gets Creative
The Lotus Etna Could Have Been The McLaren F1 Of The 1980s
That's Top Gear - Mechanic Spends Almost $300,000 Converting Rust Bucket Into Astonishing Custom Car
Fantastic Chromatic Typewriter
The Other Me
What is the WEEE Man and What does He Represent?
Concepts From Future Past: Cool Pics Of The 1951 Buick LeSabre Concept Car
"Sketching New Worlds": Superb Digital Concept Art By Steve Chinhsuan Wang
Robot Restaurant in Eastern China
German Soldiers Called These Soviet WW2 Tanks "Mickey Mouse"
E-Ink Powered Watches
Electroluminescent Tree by Ian Hobson
General Motors' Miraculously Surviving Electric Car Found in A Parking Lot — May Be the Last EV1 in The World
Kevorkian Estate Plans to Sell 'Death Machine,' Disputed Paintings
Steve Jobs iPhone 4 Hard Case Covers on Sale. WTF?
Turanor PlanetSolar: The First Solar-powered Boat
iClubby: The Most Advanced and Comfortable Ergonomic Workstation
Beautiful Photos of the Chrysler Turbine Car
avatar, cars, concept, mercedes