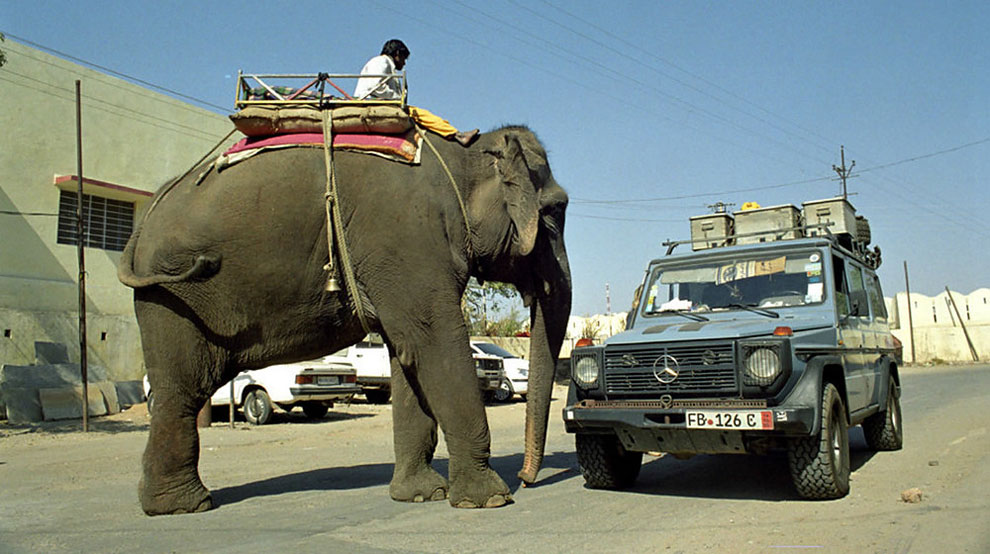 Gunther Holtorf, a 75-year-old former airline CEO who has driven more than 820,000 kilometers over the past two decades, doesn’t care if you remember his travels. But you better respect Otto, his G Wagon that will be placed in a museum if it makes it through this final leg. 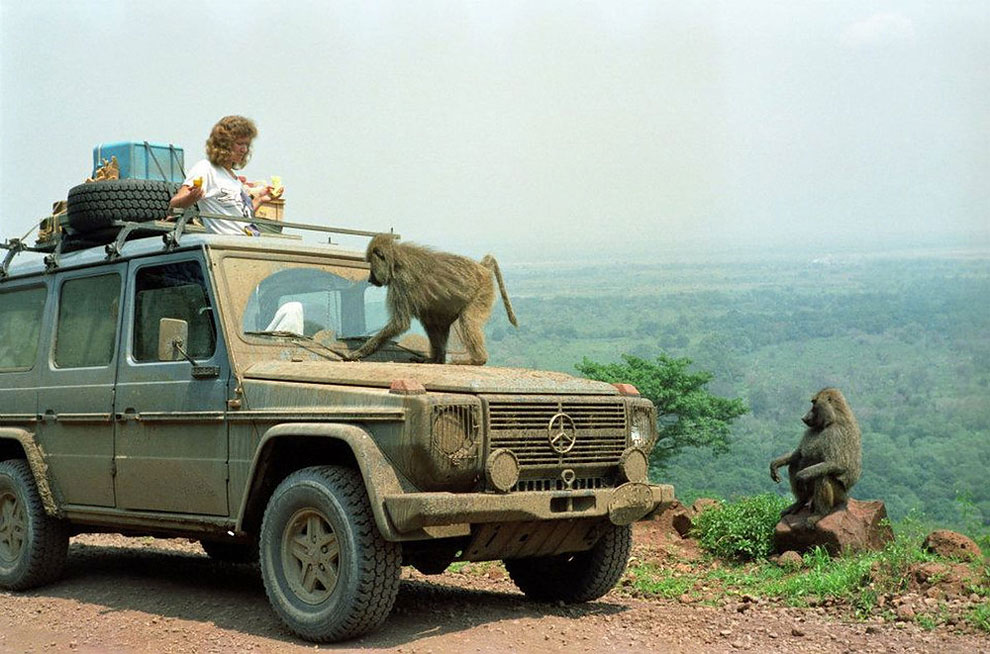 Gunther Holtorf has been living in his car for the better part of the last 23 years. He has driven 823,000 kilometers, a quarter of that on unpaved roads, all in a 1988 Mercedes G Wagon he calls “Otto,” across 172 sovereign countries, 17 dependent territories, six special territories, and five de-facto states. 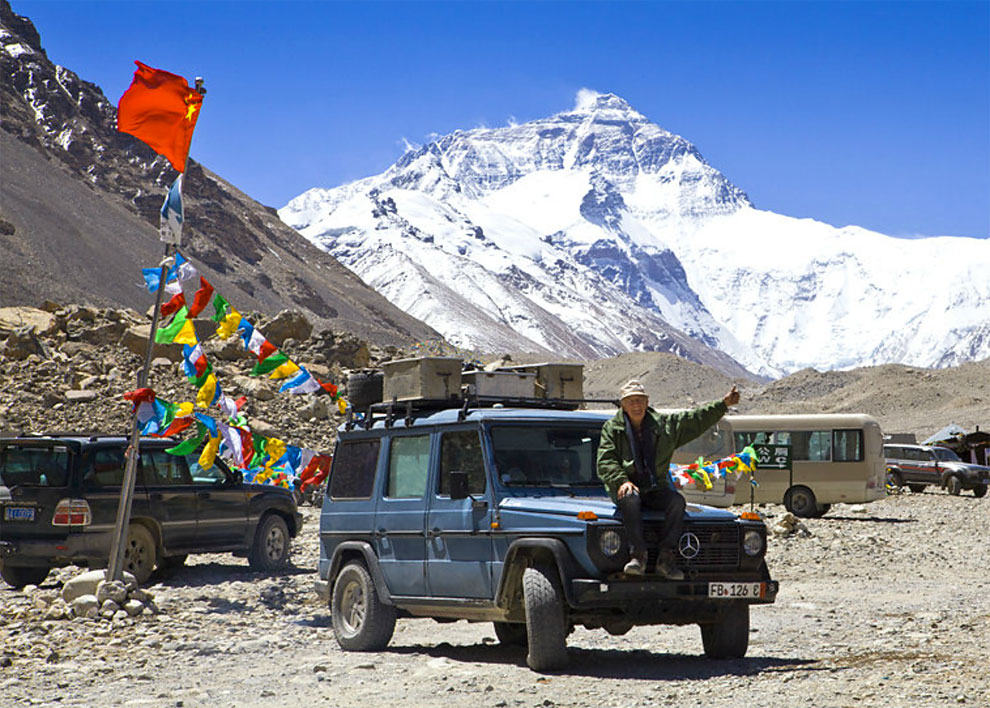 He’s driven to Tibet, Mt. Everest, Sudan, Iraq, and Afghanistan during periods of conflict, and became the first Westerner to drive in North Korea last year. 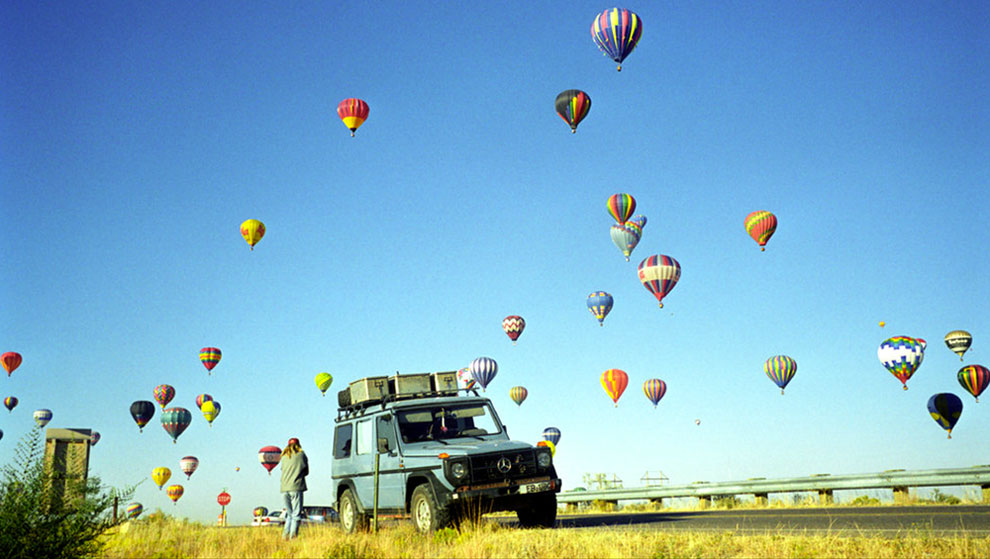 He’s never been robbed and insists he’s never paid a bribe. Holtorf travels without a suitcase and has no mobile phone, no blog, no Facebook or Twitter pages—no electronics of any kind. He has rebuffed potential sponsors because he doesn’t want logos on his car. 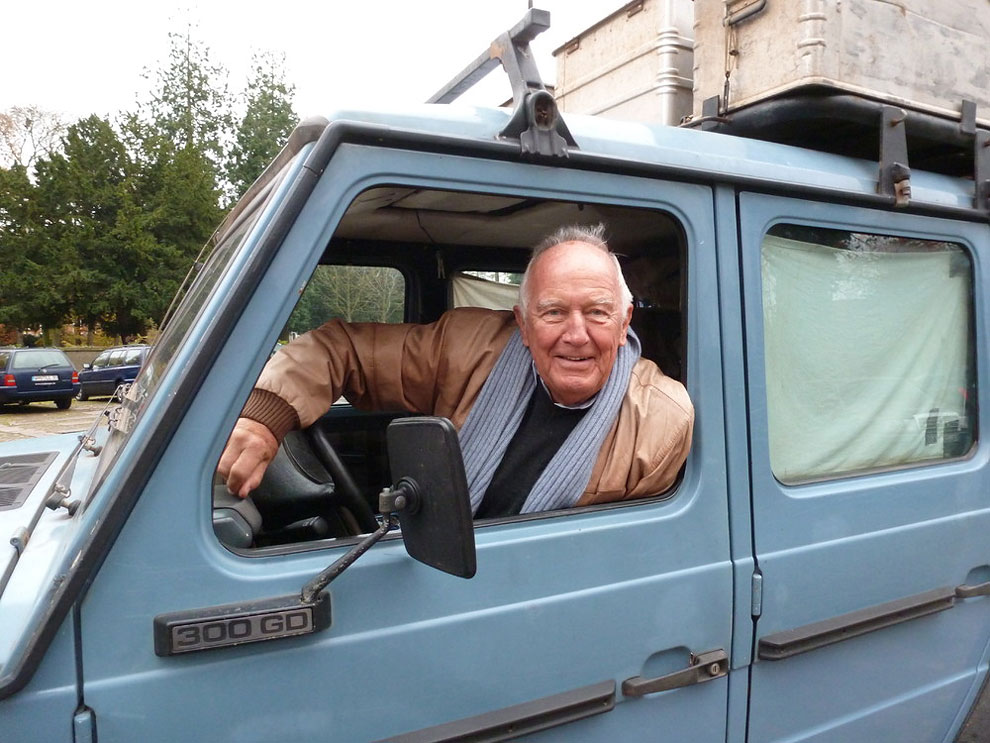 Holtorf doesn’t patronize hotels or restaurants; he sleeps in a makeshift bed in Otto’s backseat and cooks food he buys in local markets. 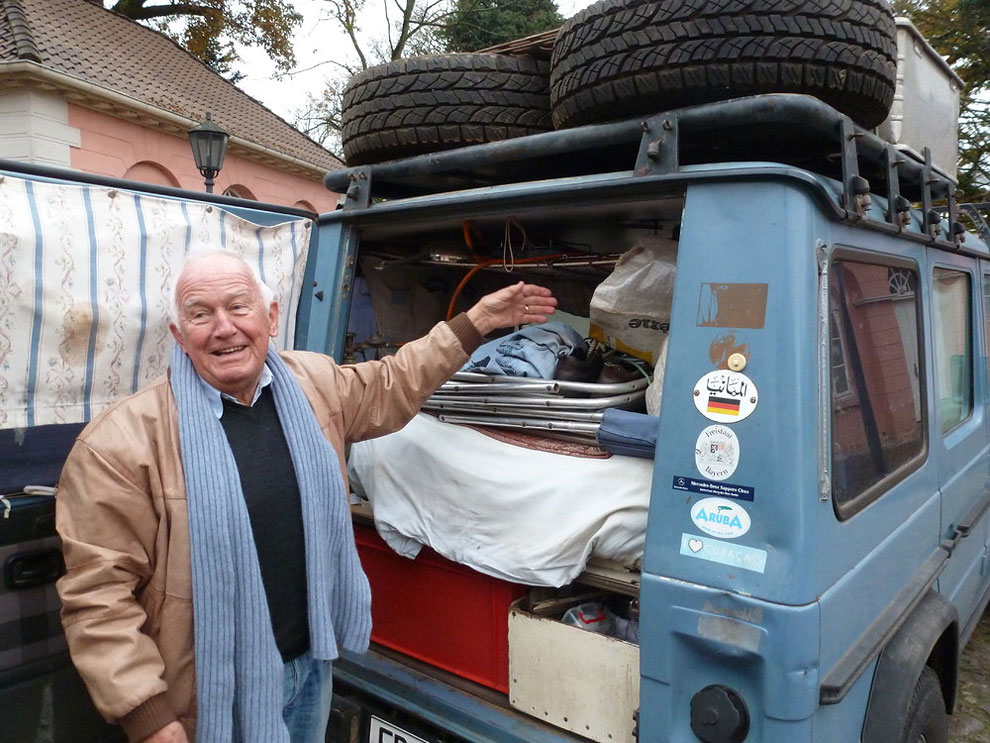 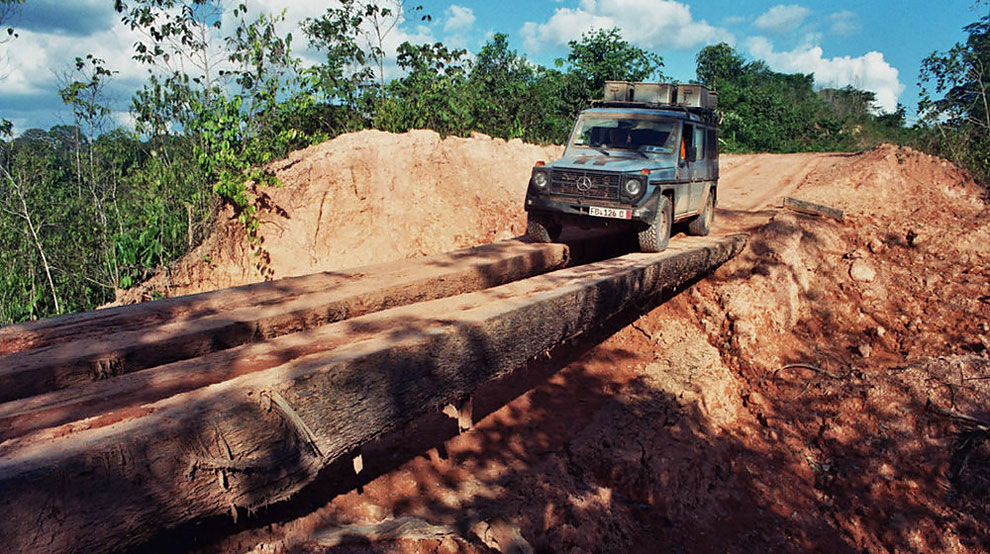 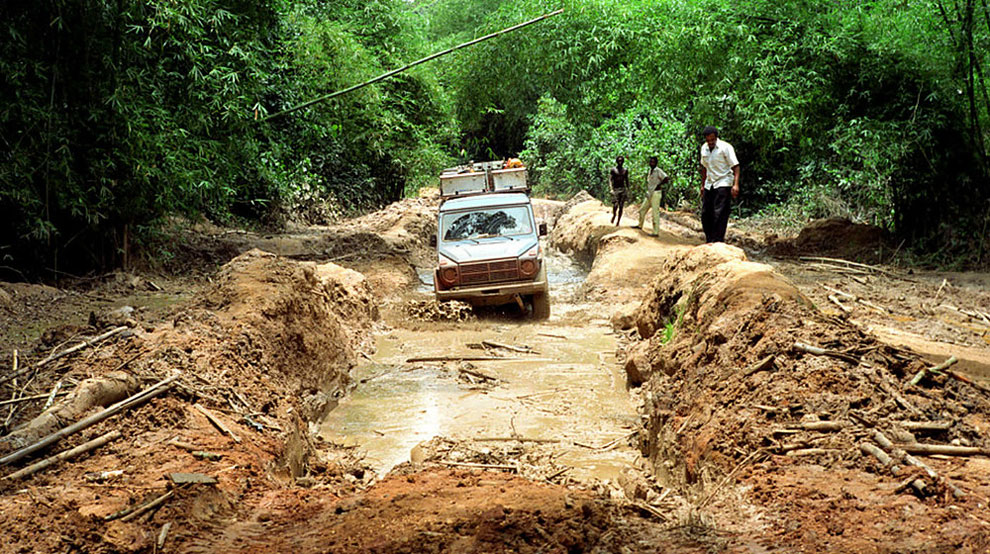 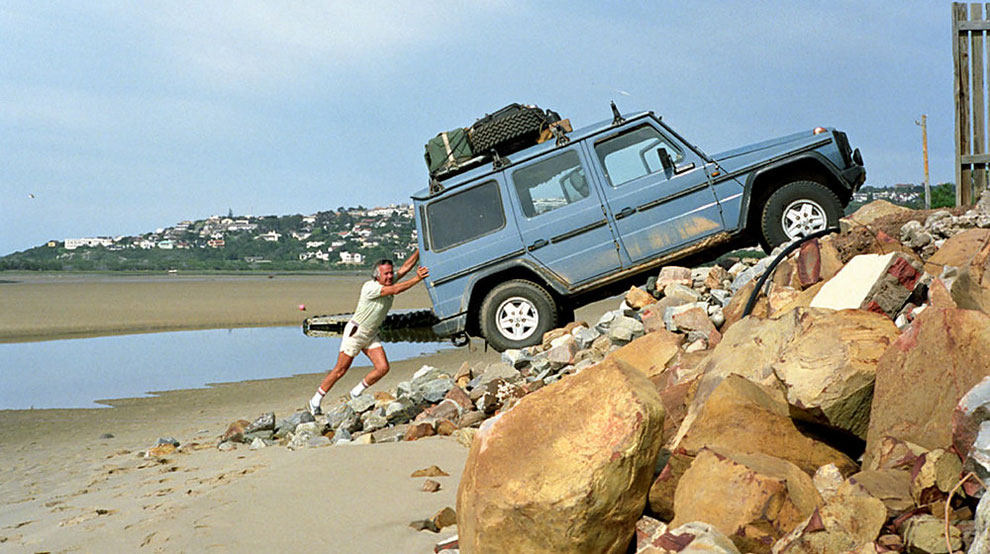 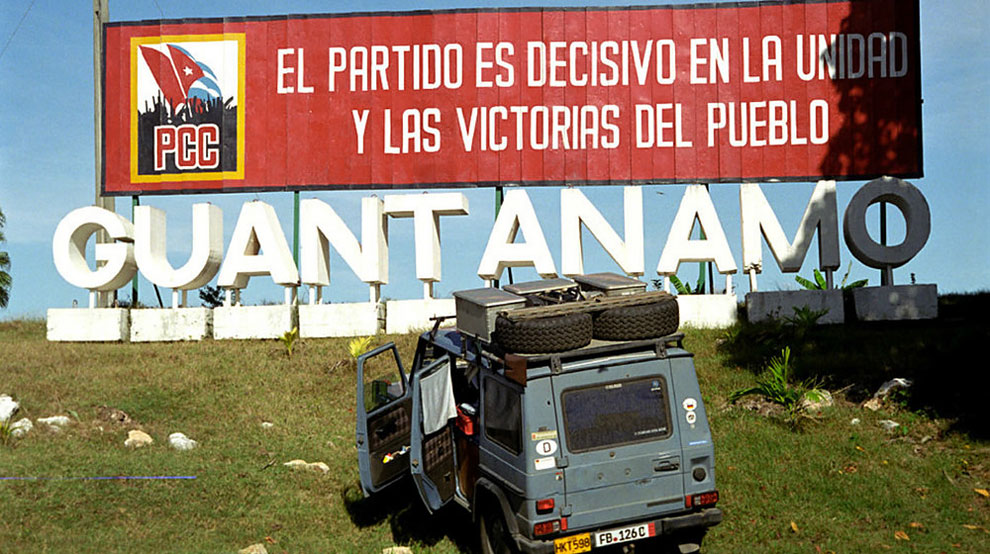 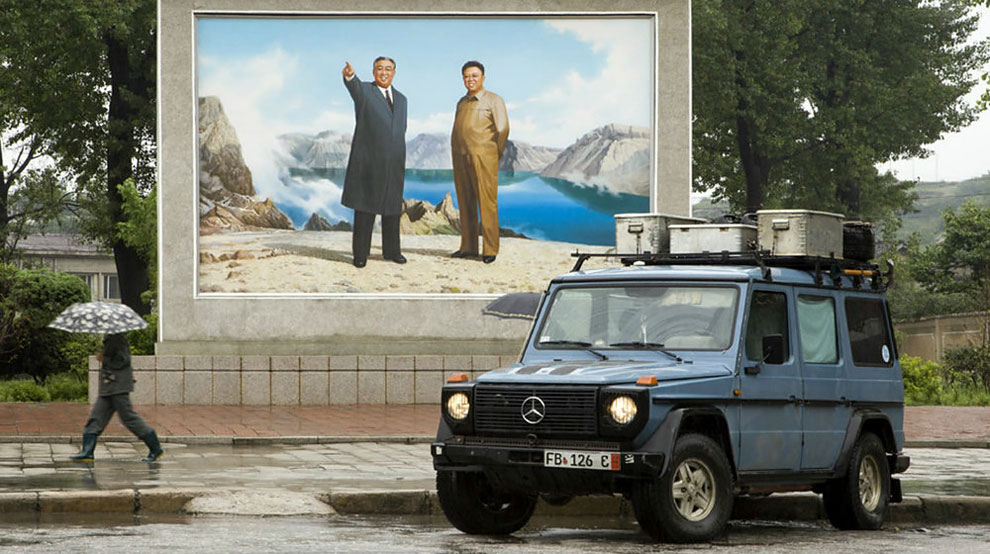 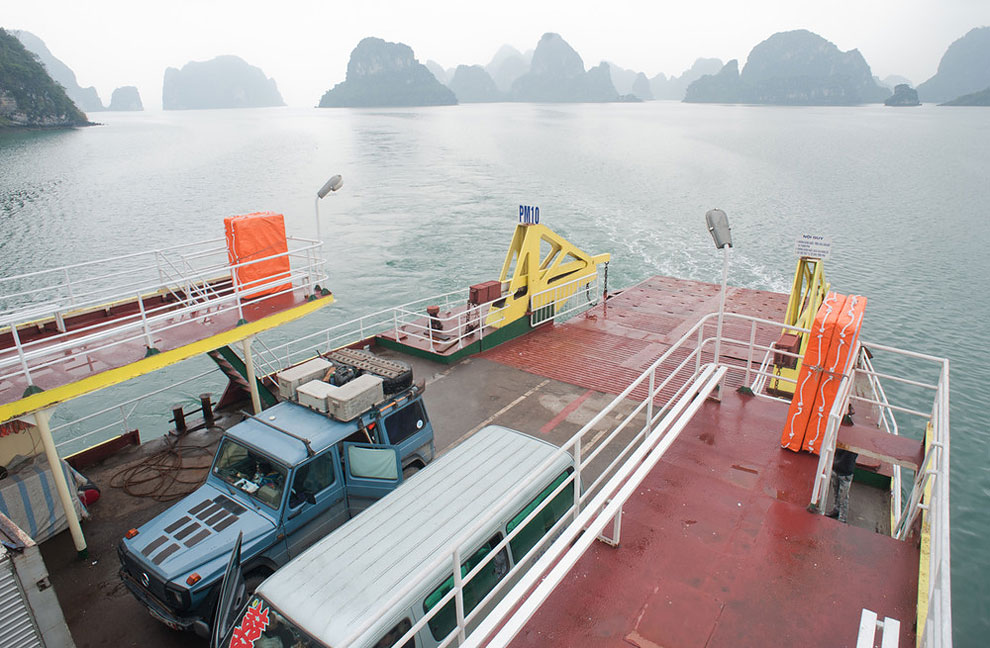 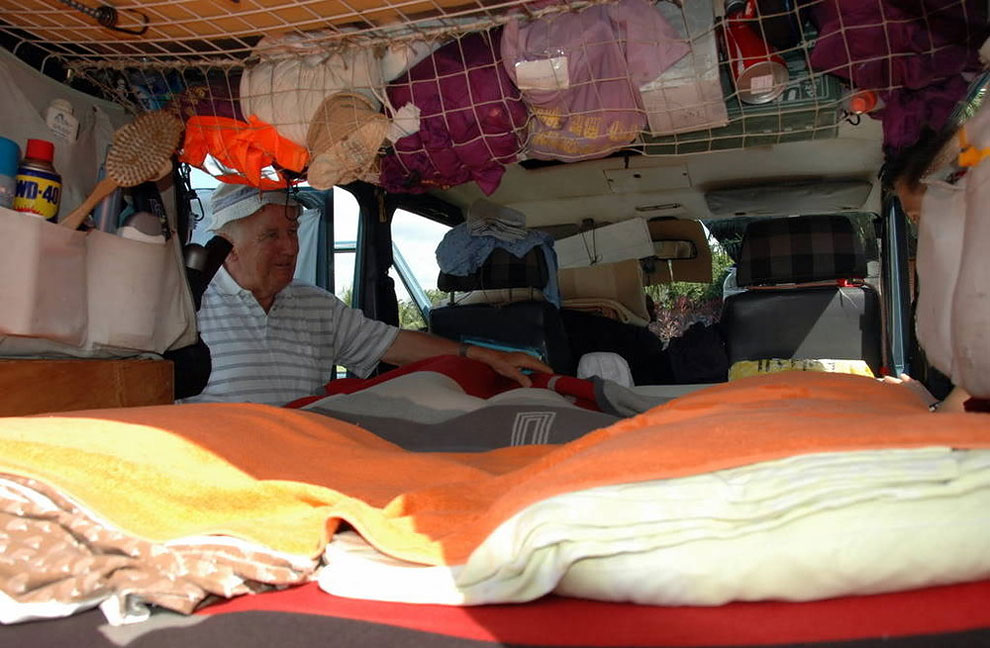 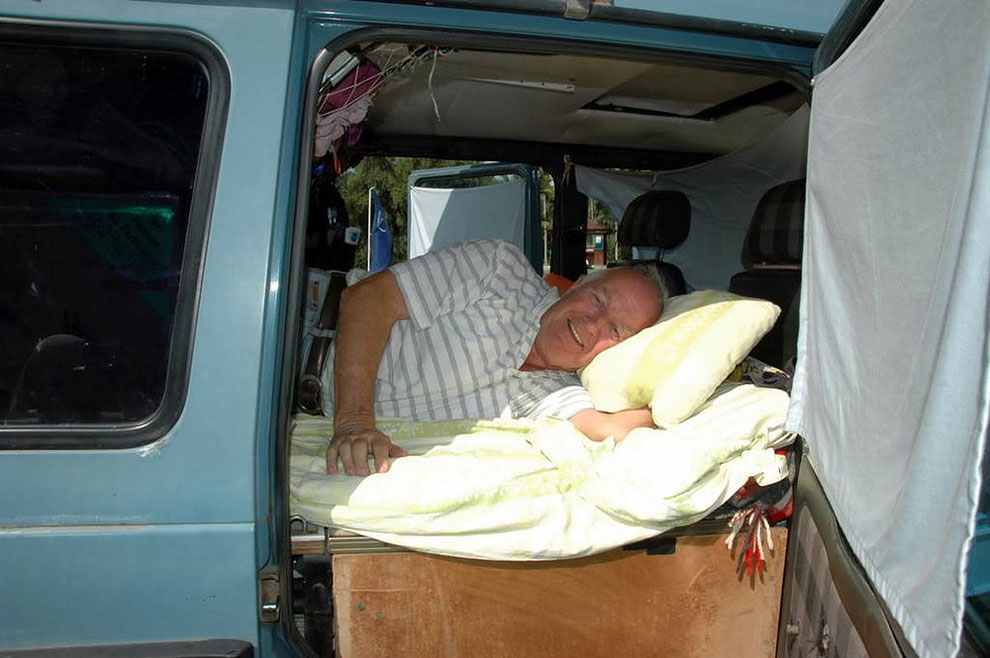 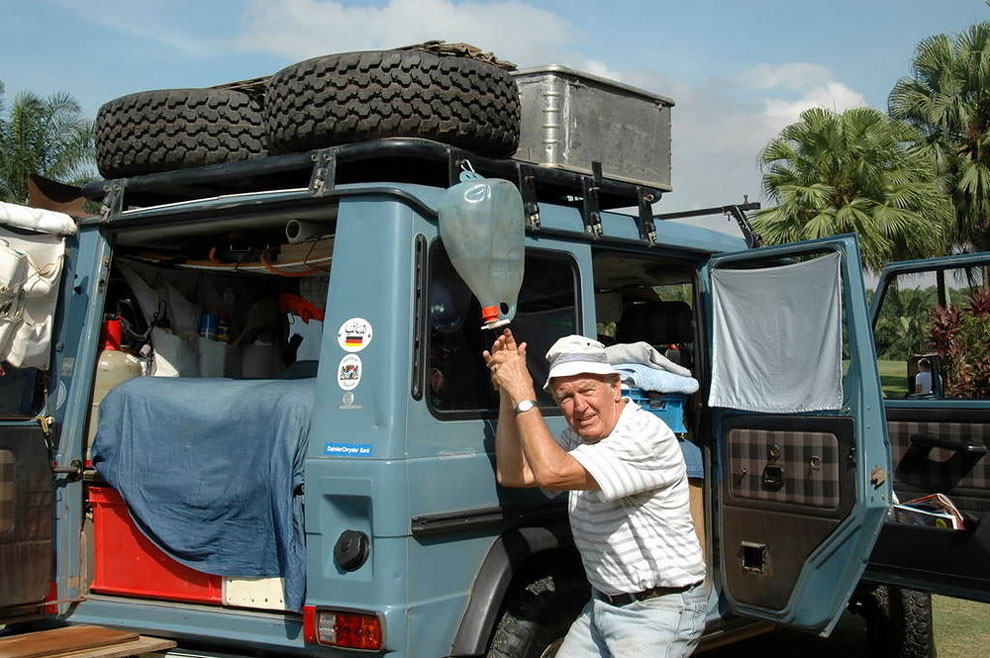 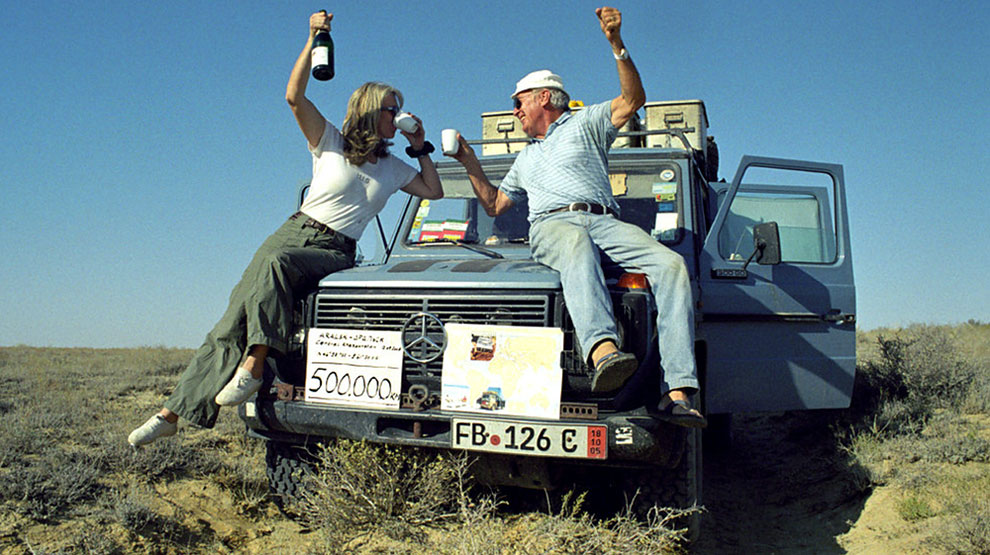 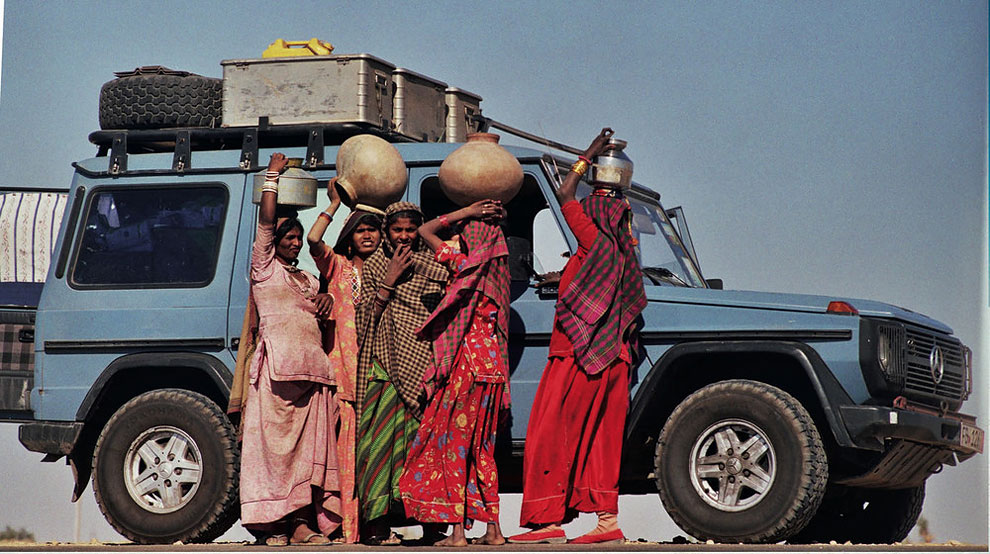 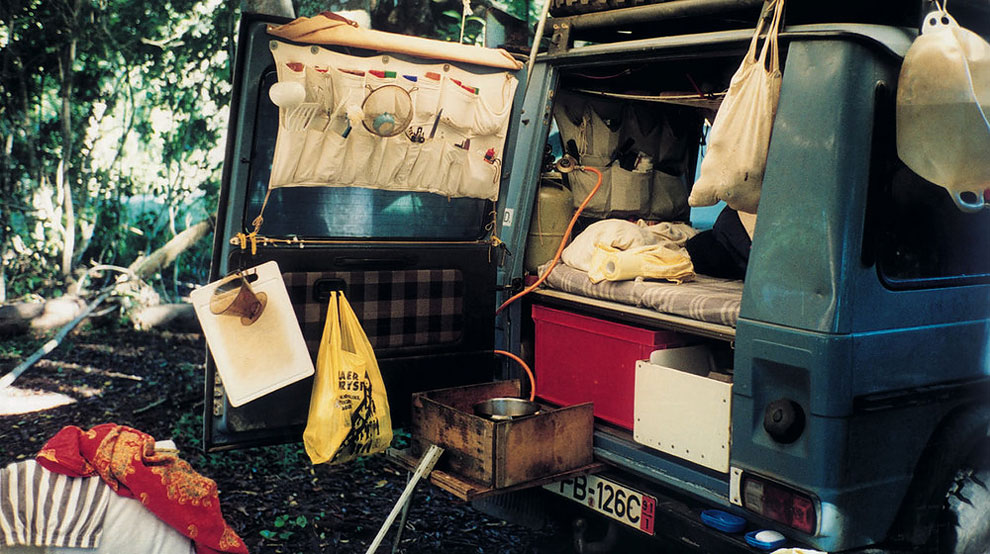 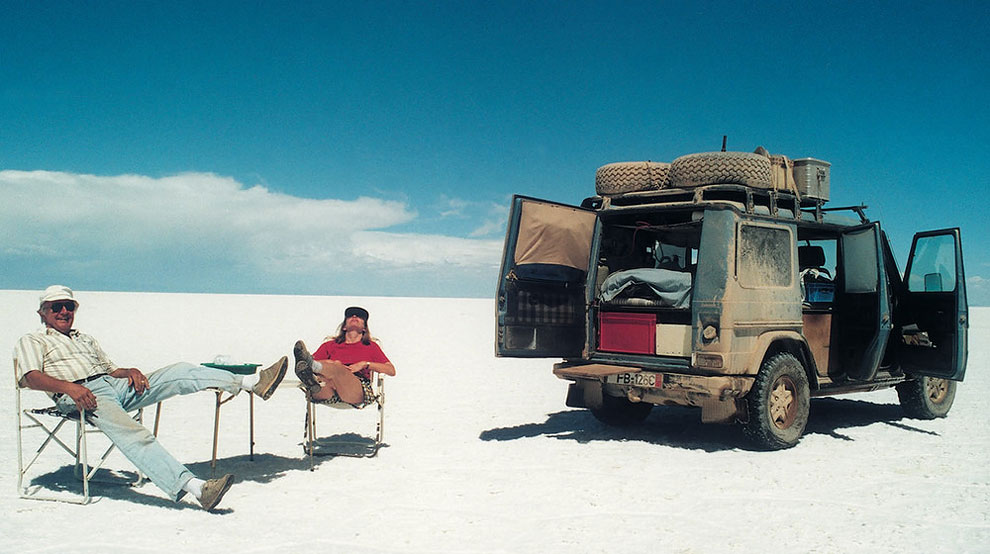 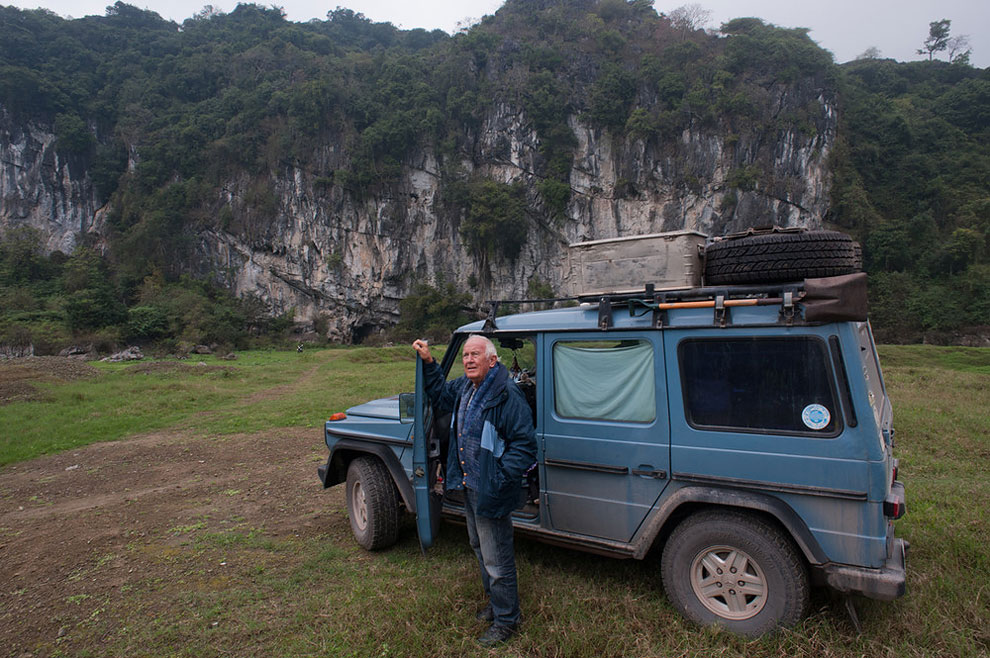 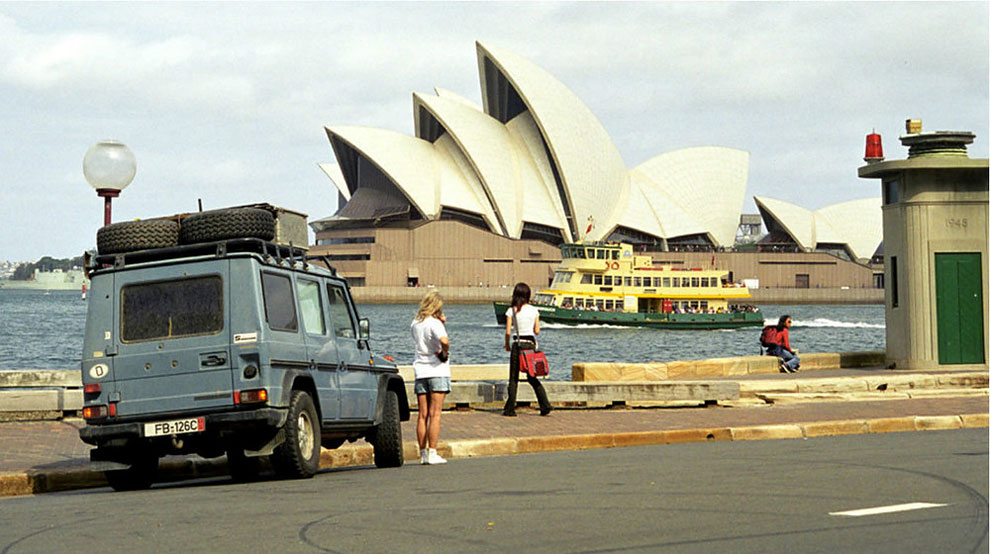 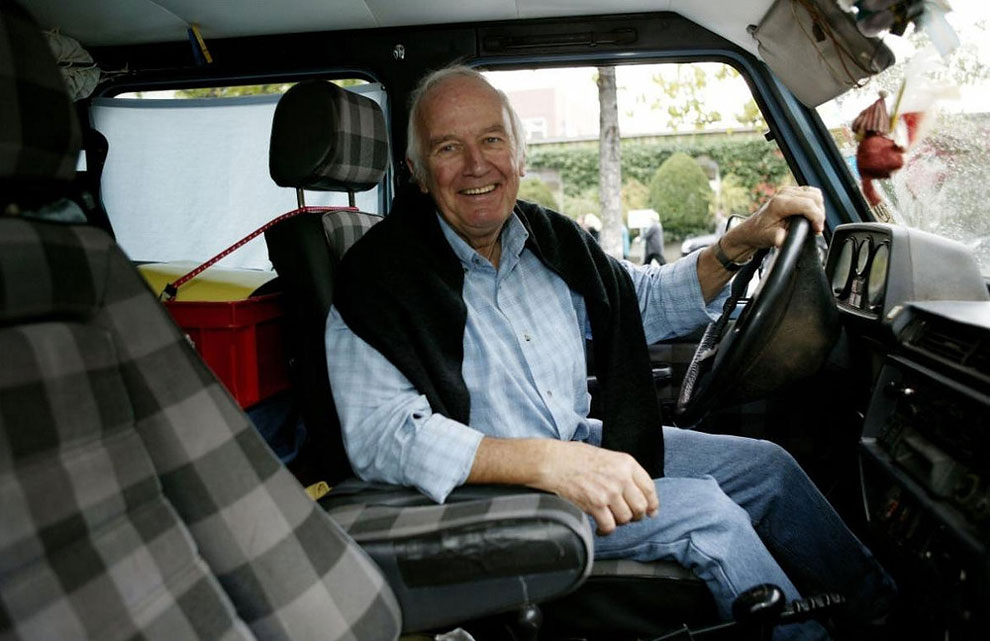 Chinese Trend of the Day: It's Totally Cool to Have a Sprout Growing Out of Your Hair
You May Chill In This Sunken 200 Year-Old Swedish Cabin Hidden Deep In A Forest
Breiðamerkursandur – Iceland’s Stunning Diamond Beach
Nomadic Photographer Lives, Works & Travels Solo In Her Trusty Teardrop Trailer
Internet In Real Life: This Small Italian Village Became A Web 2.0 Intervention Project
Holi - Traditional Festival of Colours in India
A Prison Themed Restaurant in China
A House Encased In Ice On The Shores Of Lake Ontario
The City that Builts into the Rock
Travel Photographer of the Year Contest Exhibition
What Happens When Carpets Leave Apartments
Very Sharply Defined Rare White Curtain Auroras Seen Over Finland
Man Built Custom Kayak So He Could Take His Dogs On Adventures
Lad Drops Everything To Travel The World, Assures Mother He's Safe With 'Mom, I'm Fine' Sign
Netherworld Monsters Take a Staycation at W Atlanta Hotel
Giant Crystal Cave in Naica, Mexico
Walking On Frozen Baikal, The Deepest And Oldest Lake On Earth To Capture Its Otherworldly Beauty
Expressive Photos Of The Pillow Fight In Kiev, Ukraine
Chinese Village Builds Giant Golden Statue Of Mao Zedong
Inside the Gruesome Mummies of Guanajuato in the 1950s
Agoraphobic Artist Travels The World Without Leaving Her House
Couples Can Now Get Married In The Middle Of The Indian Ocean
This Adventurous Couple Who Are Paid To Explore The World Will Give You A Serious Case Of Wanderlust
Where The Ghosts Walk: Photographer Captures Abandoned Town In The Desert Of Namibia
gunther, holtorf, mercedes, rroad, wagon