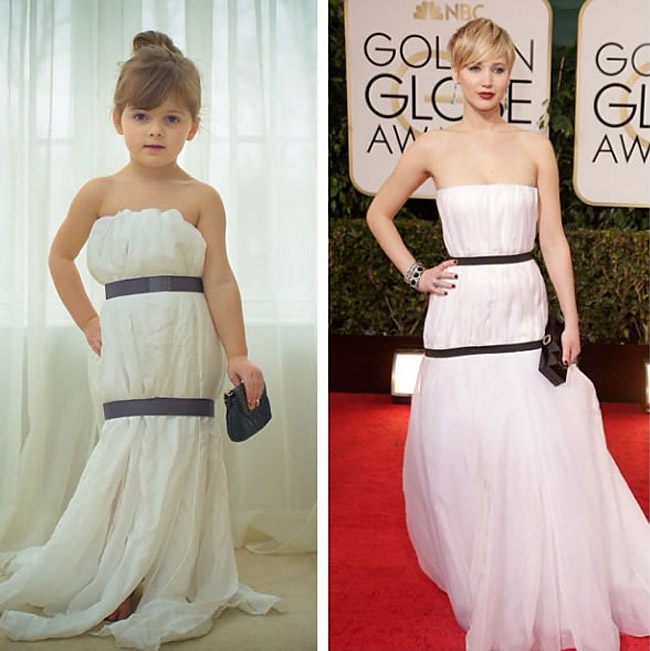 A cute little 4 year old girl and her mum have been creating copies of famous fashion design dresses and the results are adorable. From Jennifer Lawrence at the Golden Globes to Anna from Frozen, the creative mother and daughter duo have created dozens of fabulous dresses out of materials straight from the craft shop.

Angie, a professional photographer and avid Instagram user with a 4-year-old nicknamed Mayhem, discovered her daughter would much rather create dresses than play in store-bought ones.

Angie suggested they make a dress out of paper, and the two have been making them almost daily for months ever since. Now the two often re-create awards show dresses or character costumes out of items like construction paper, feathers, aluminum foil, tissue paper, gift wrap, and plenty of glue and tape.

nd Mayhem is just as hands-on as her creative mama: Angie said they split the work 50/50.

“Mayhem constructs a lot more than most people would probably believe. That’s one of the best things about this project, I see her learning new skills every single day,” Angie told the blog Mommy Shorts .

Oddly enough, Angie said she doesn’t consider herself “to be the least bit crafty.” 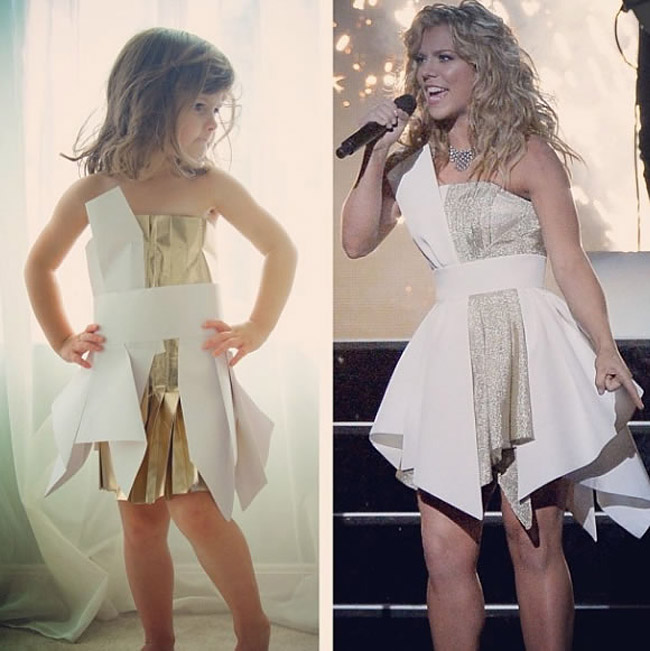 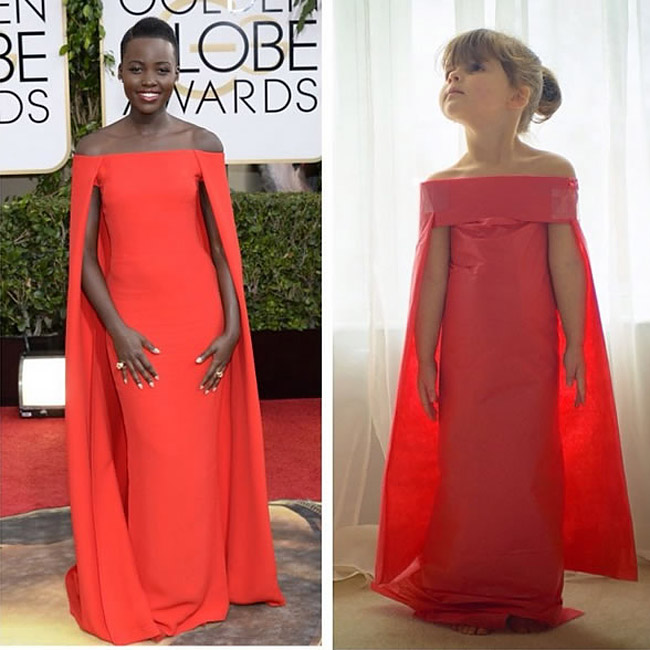 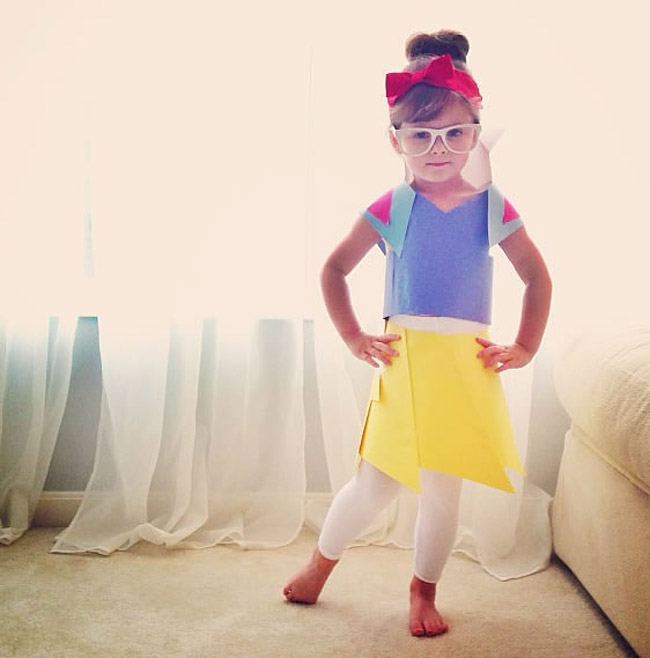 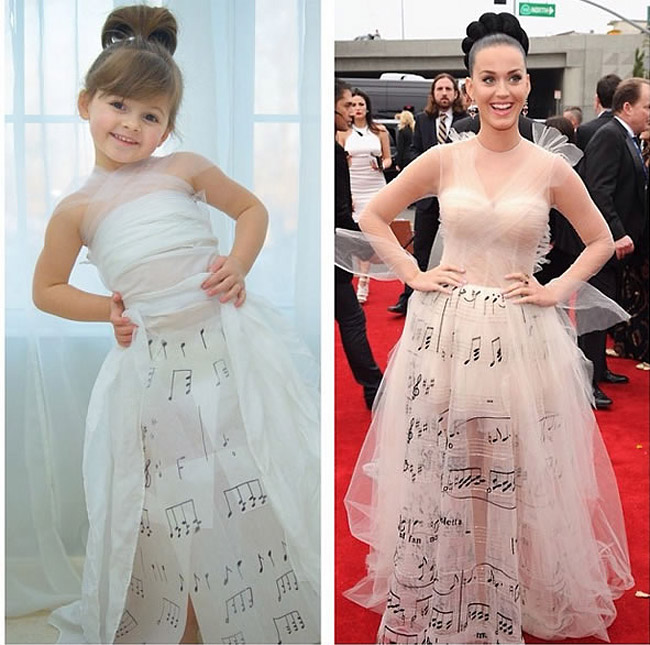 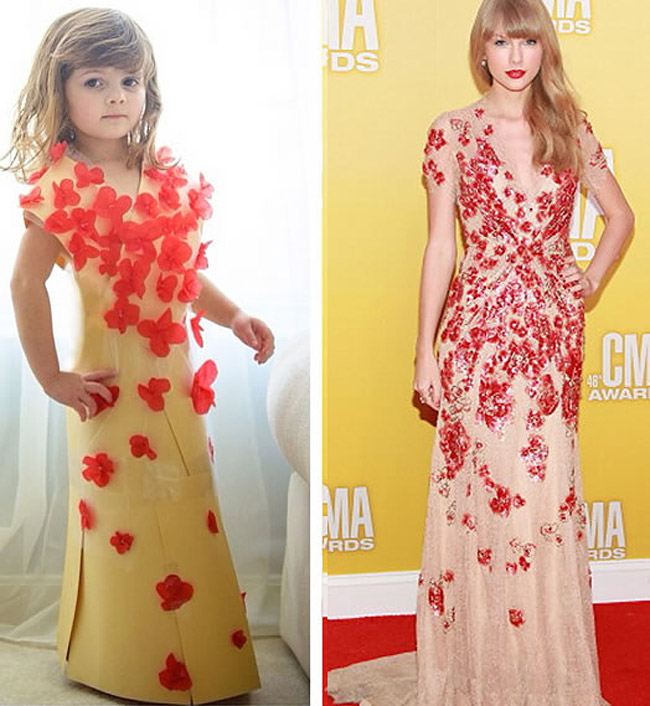 Dress From The Movie Frozen 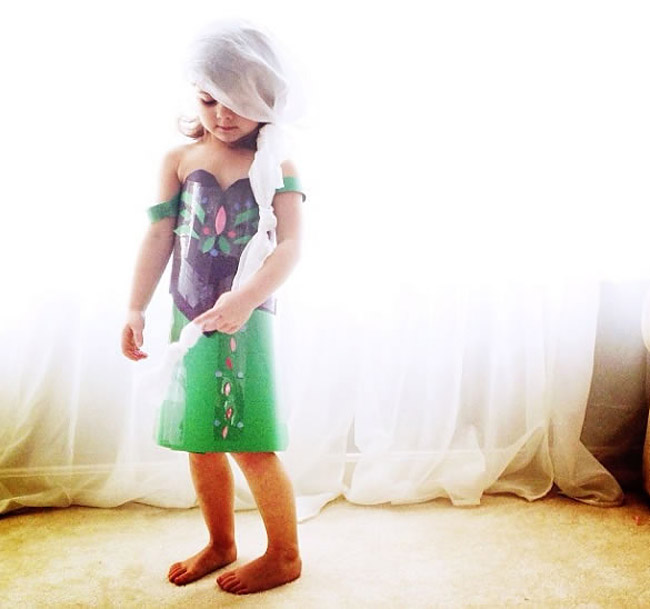 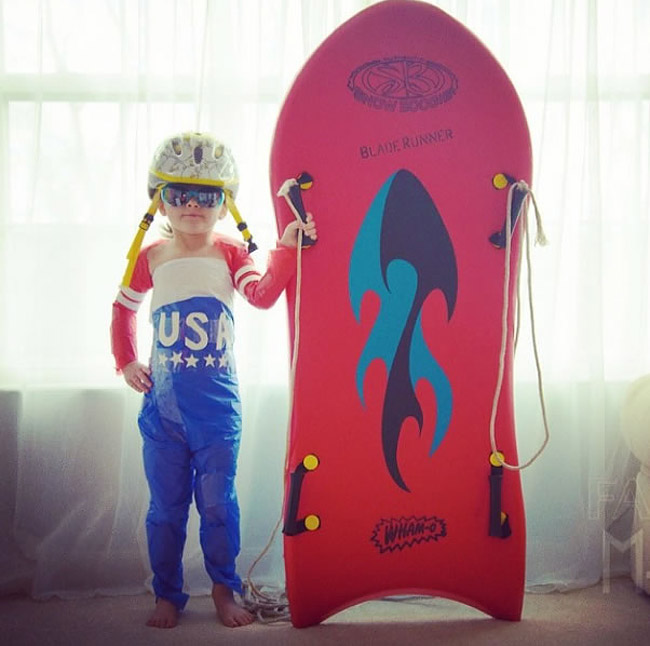 Shark Dress Inspired By The Aquarium 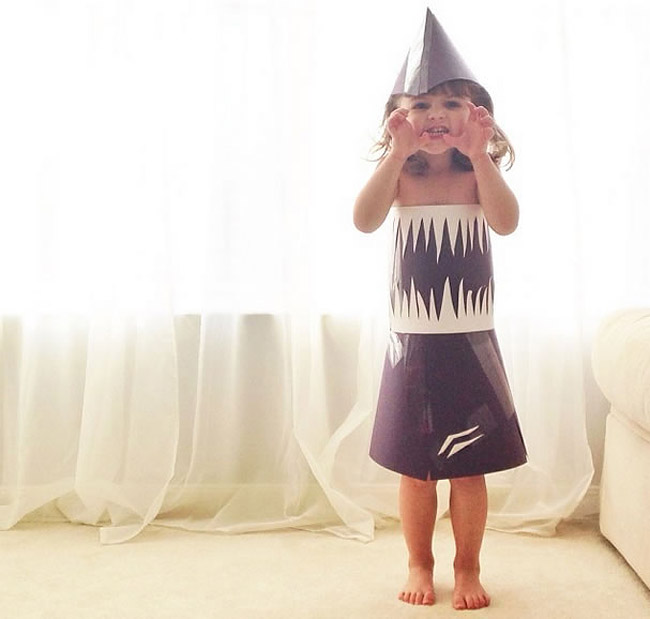 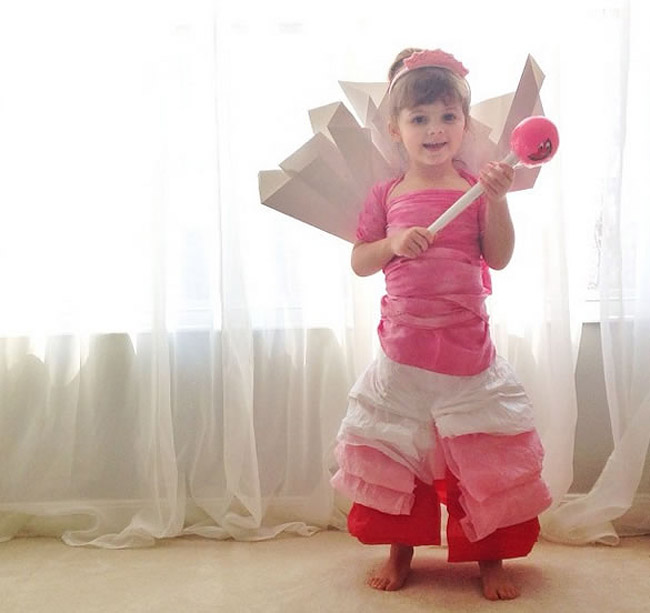 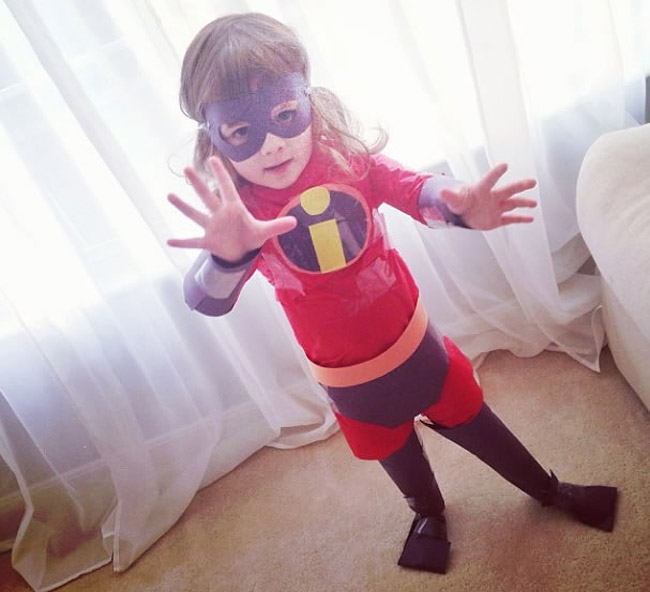 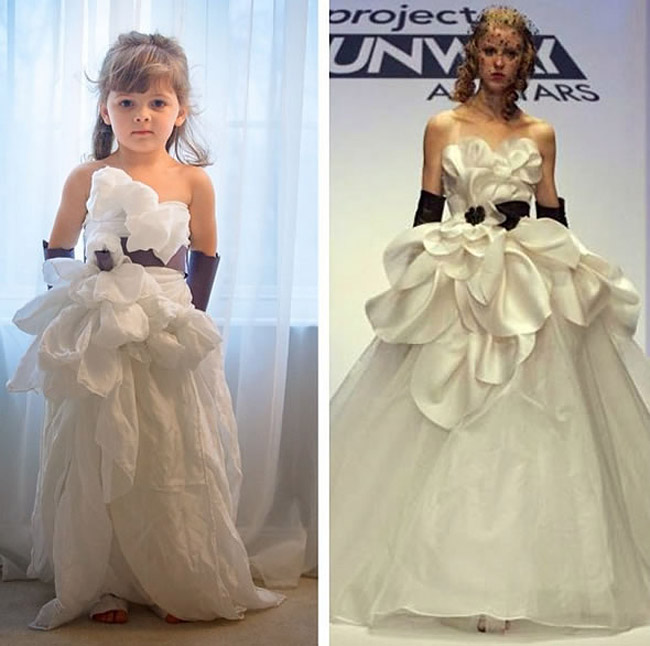 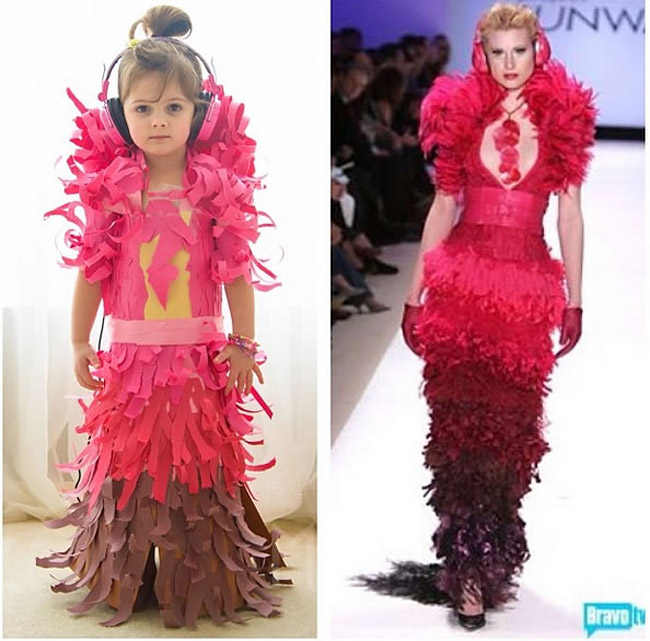 Mayhem’s First Self Made Dress 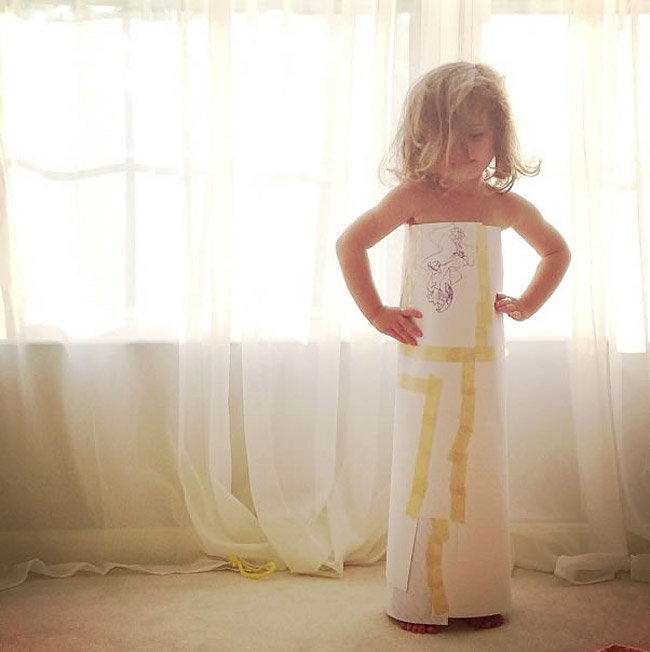 And they only got better (and more adorable!) 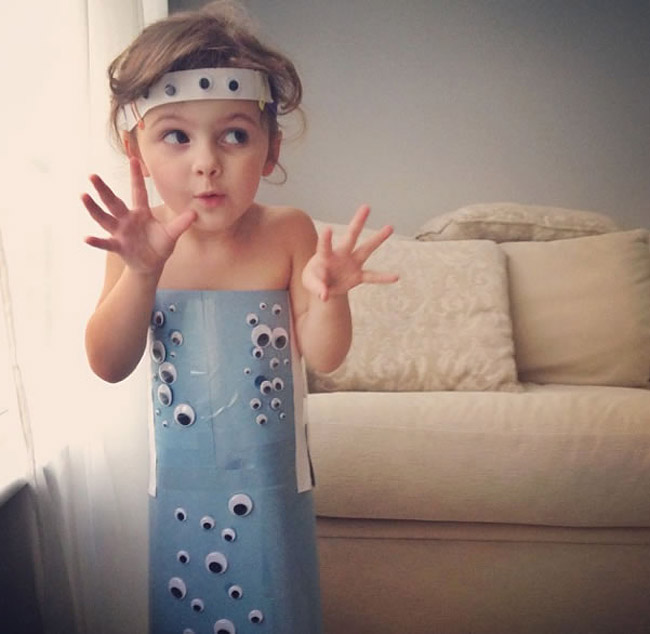 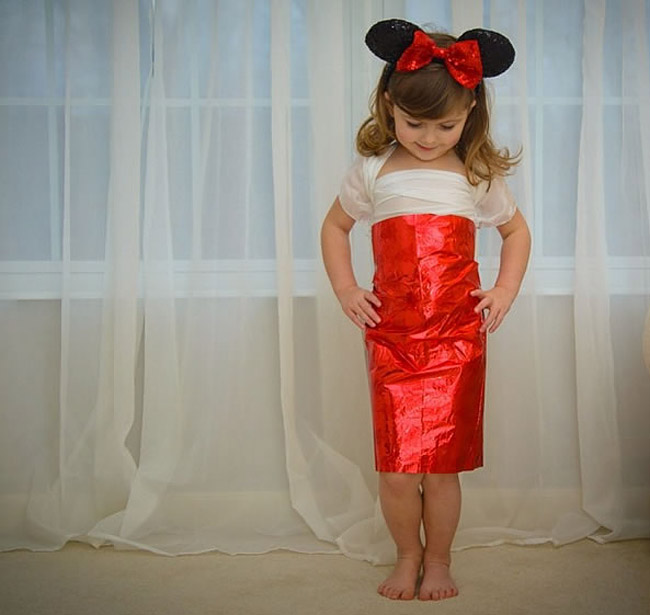 All White And A Fabulous Headpiece Too 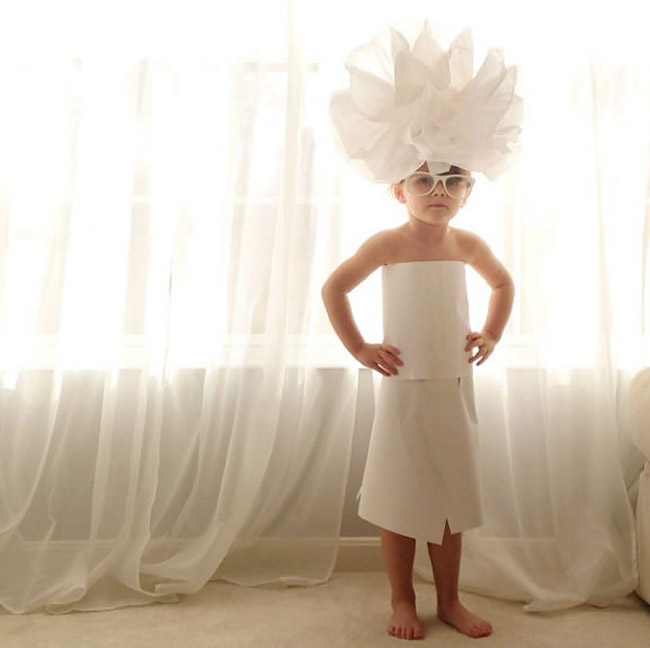