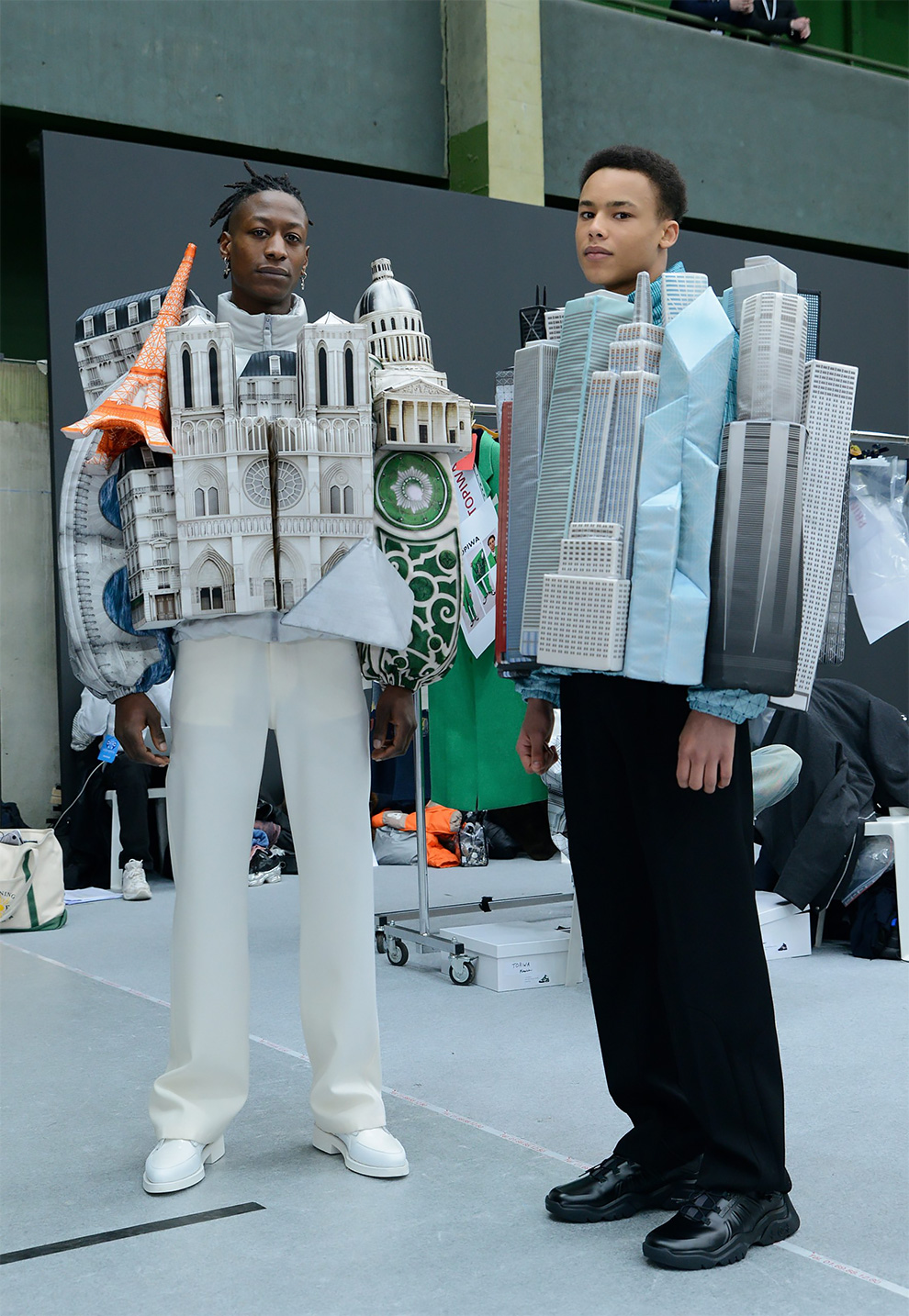 Fashion designer Virgil Abloh has made puffer jackets covered in Paris landmarks and well-known skyscrapers as part of the Louis Vuitton Fall-Winter menswear collection, which debuted in a Barcelona Pavilion-informed set.

The collection designed by Abloh, who has been men’s artistic director at fashion house Louis Vuitton since 2018, was debuted as part of Paris Fashion week in a crowd-free performance due to coronavirus restrictions. 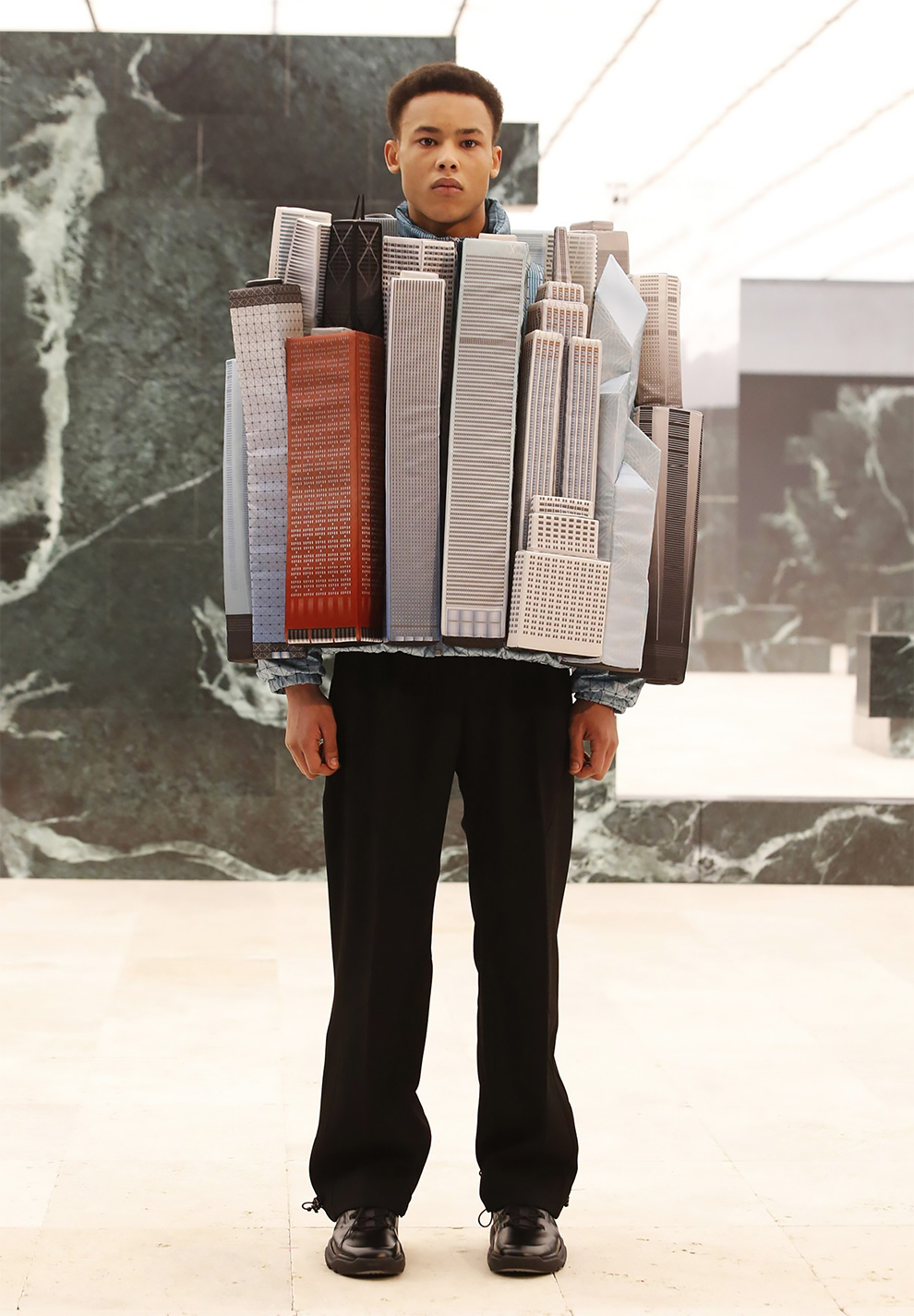 Reflecting the fact that the physical show took place in Paris where Abloh lives, one model was wearing a piece called the Paris skyline puffer jacket, which was adorned with models of the city’s best-known buildings. 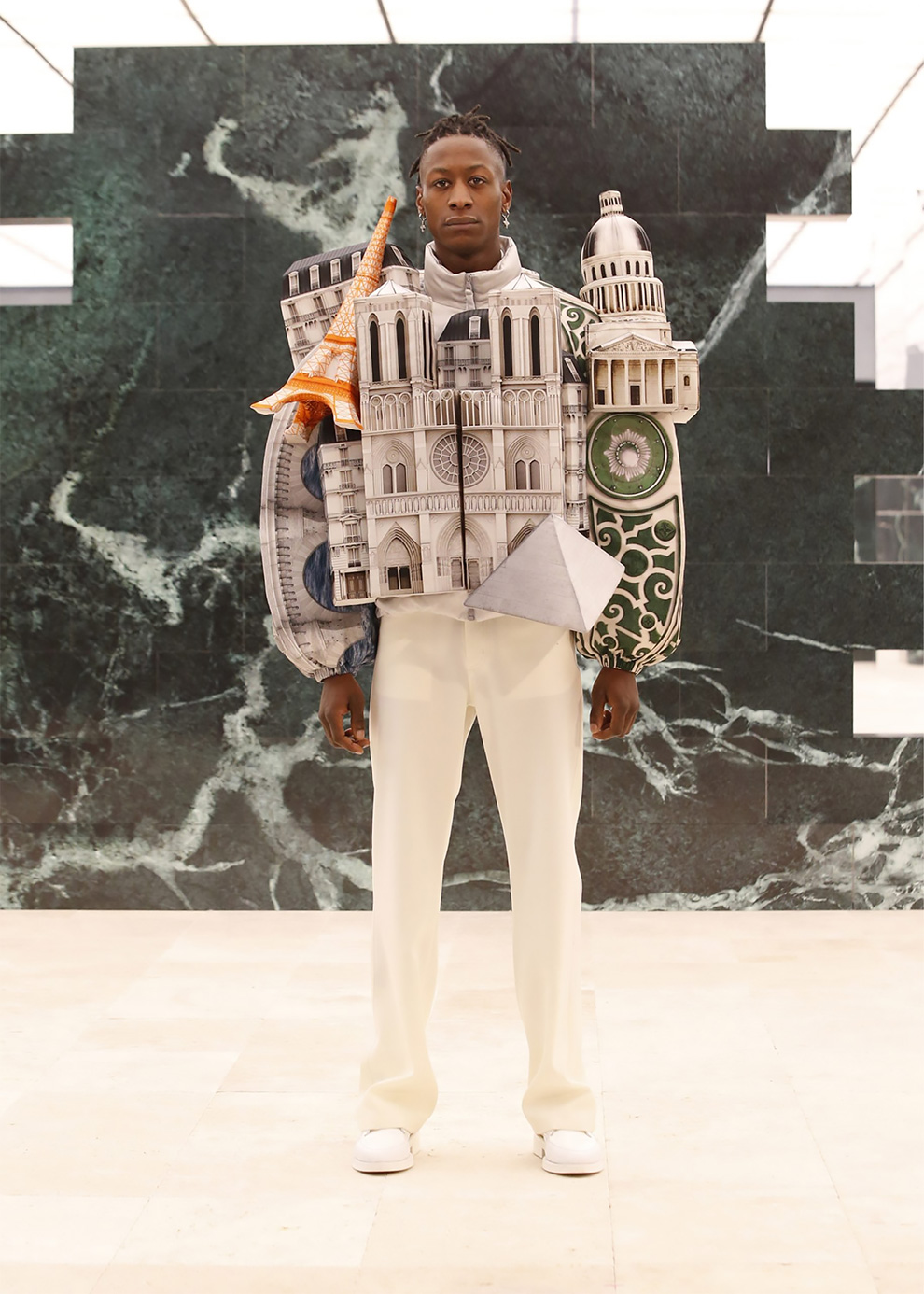 The jacket has the Notre-Dame cathedral on its front along with models of other historic buildings, including a red version of the Eiffel Tower, the Arch de Triumph and the Panthéon. 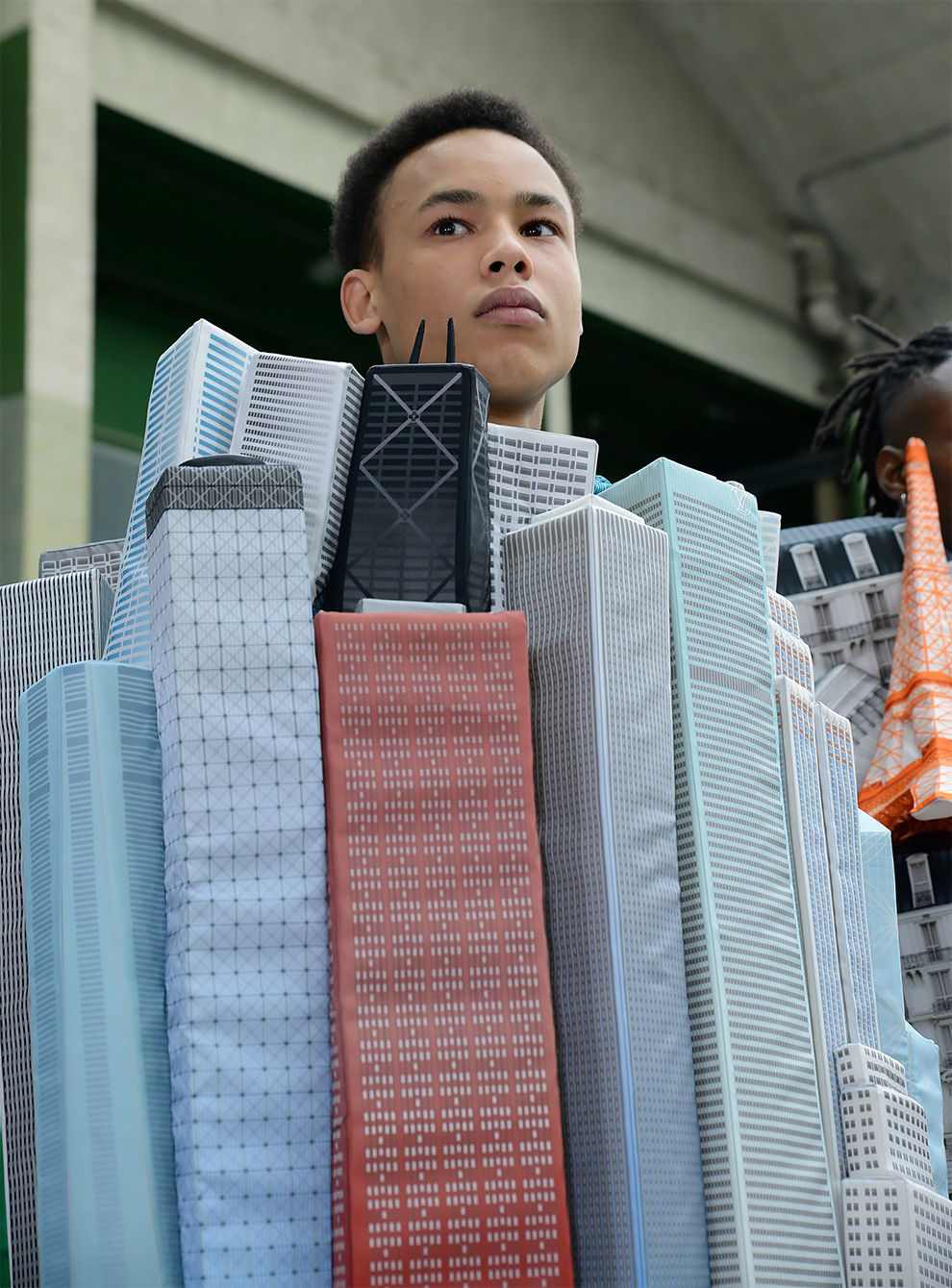