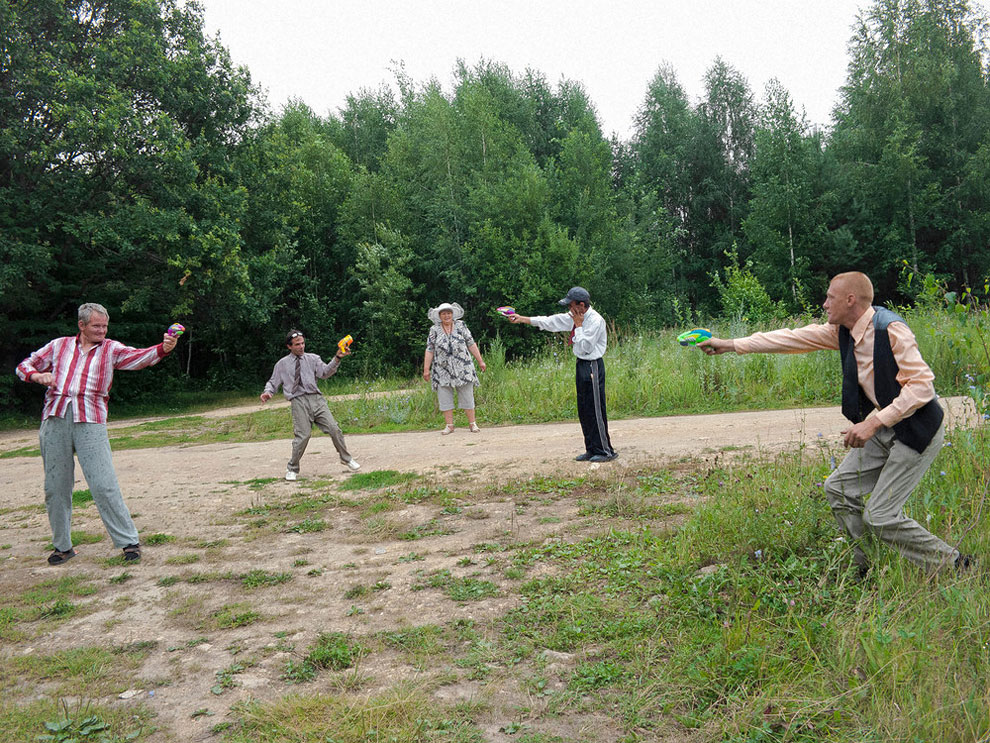 Patients from one of the psychiatric facilities in the small Russian town of Elat’ma participate in organized activities such as water gun fights. (Photo by Anastasia Rudenko)

“Elat’ma, the Ryazan Oblast region of Russia. This small town is only 300 kilometers (186 miles) from modern Moscow but remains 60 years in the past, dominated by the spirit of socialism. The air of the communist ‘50s can be seen in the town’s architecture, celebrations and other occurrences. Sometimes called the “Switzerland of Ryazan”, Elat’ma has the natural charm of the countryside. But neither its beauty nor its ties to a socialist past brought photographer Anastasia Rudenko to this village. It has a different significance to her, both personal and professional.

Historically, each oblast, or province, in Russia has psychiatric facilities situated away from the cities, in rural areas. Elat’ma is unique in that it functions as a town for mentally disabled people. It hosts six facilities, one for each developmental stage of a person’s life from birth to death, Rudenko said. It’s convenient to have them all in one place, she said. “They can be easily moved from one facility to another. It’s like a conveyor for sorting and resorting people inside one village”.

Since the Soviet days, Russia has been accused of encouraging parents to give newborns with mental disabilities or abnormalities to institutions like these. During wartime, people were moved to Elat’ma for a plethora of other reasons, such as punitive purposes or because they lost their parents. “Now, the residents are the ones whose parents rejected them”, the photographer said. Rudenko grew up amidst the collapse of the Soviet Union with a mentally disabled brother, and family values and interrelationship are common themes in her work. For instance, she looks at people who abandon their own children or communities that abandon members.

“Part of my investigation on psychiatric facilities is that I have to decide the fate of my grown brother one of these days”, she said. “Periodically, he goes into rehabilitation in the psychiatric hospital. It is important to know what’s happening in those institutions”. She also feels that it is her duty to tell the story of the problems that lie within the existence of these facilities themselves. Of the six mental institutions in Elat’ma, she gained access to two, spending one full day at a children’s facility and a couple of hours at a men’s psych orphanage. At the latter, she said, patients were chosen specially for her to see – the “more appropriate” ones. They were dressed in “the best clothes with ties and shirts”, and had activities organized, such as water gun fights and soccer, specifically for the photo shoot.

The hardest part was gaining access to the facilities; photographing the patients was simple and pleasant, Rudenko said. “They stand up gently and wait until you photograph them”. From what her access allowed her to see, a normal day at the institution for men involves walking the large grounds, farming or janitorial work if they are able. Elat’ma shows the real life of the country, what Rudenko deems “paradise” because it is a “safe garden that existed in ancient times, dedicated to sinless men, like people with mental disabilities”. Above all, Rudenko hopes to show “the borderline,” on which one considers himself normal or abnormal, and what truly is “normal” for each of us”. – Michelle Cohan via CNN. 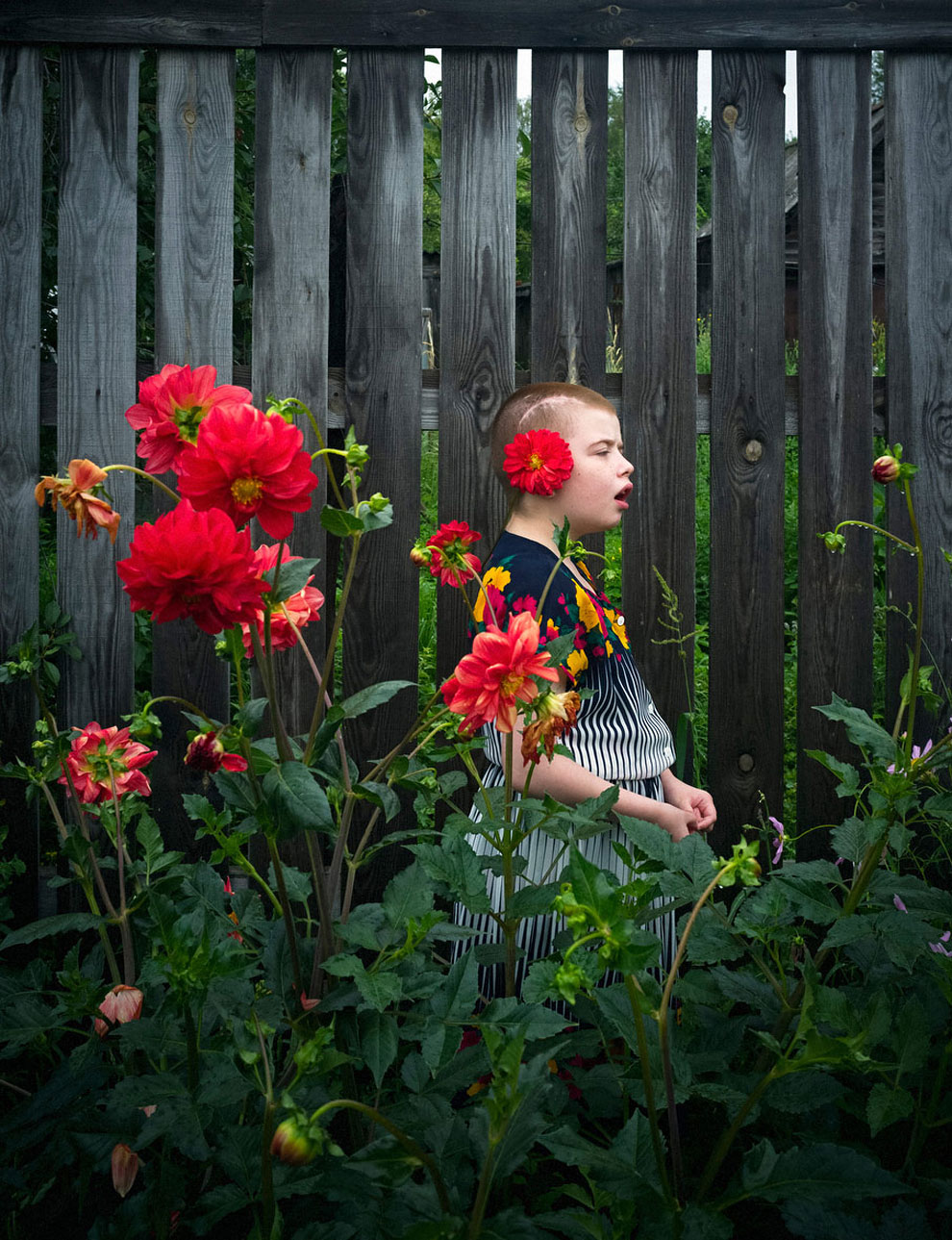 Portrait of a girl from the neuropsychiatric boarding facility for girls. (Photo by Anastasia Rudenko) 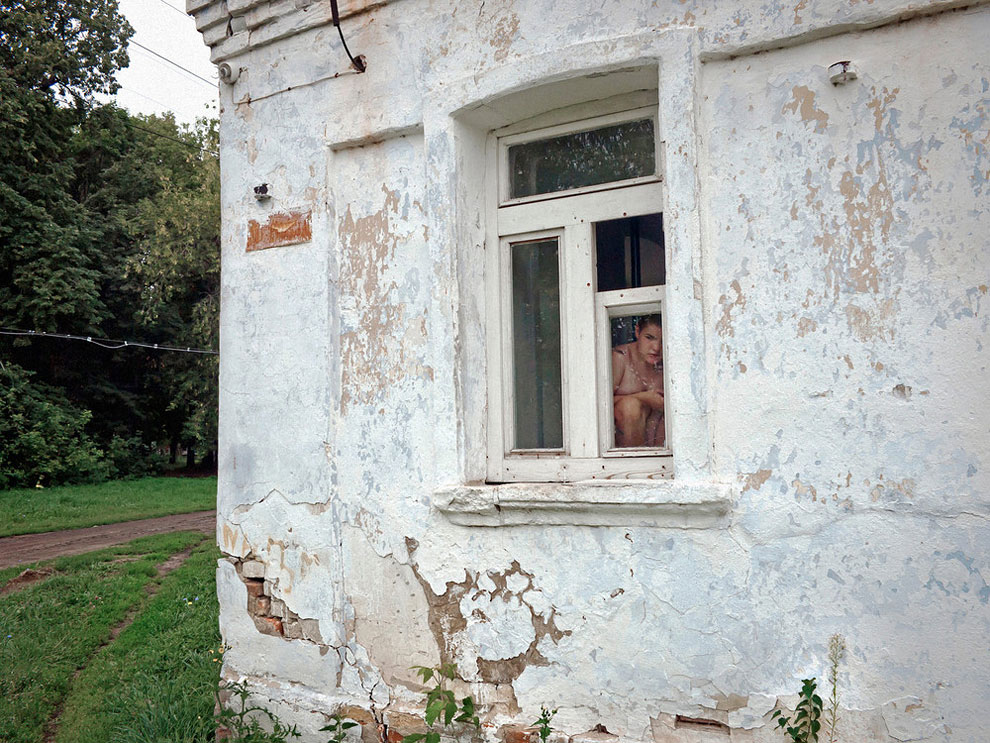 A woman sits in the window of a psychiatric facility for women. (Photo by Anastasia Rudenko) 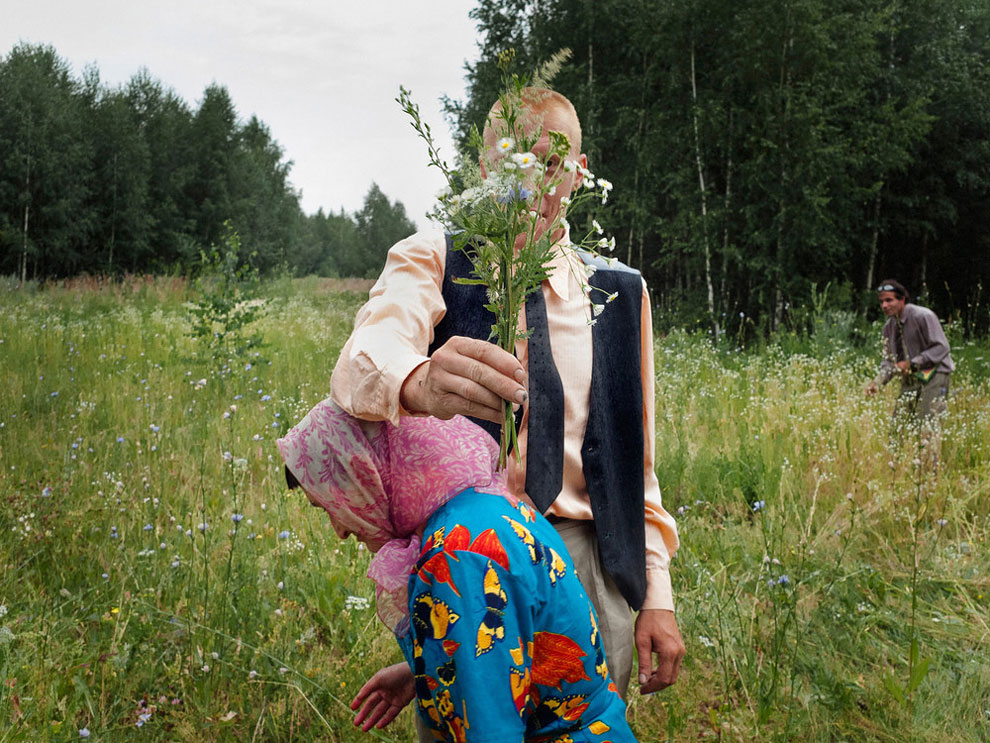 Patients walk in a forest close to the village. (Photo by Anastasia Rudenko) 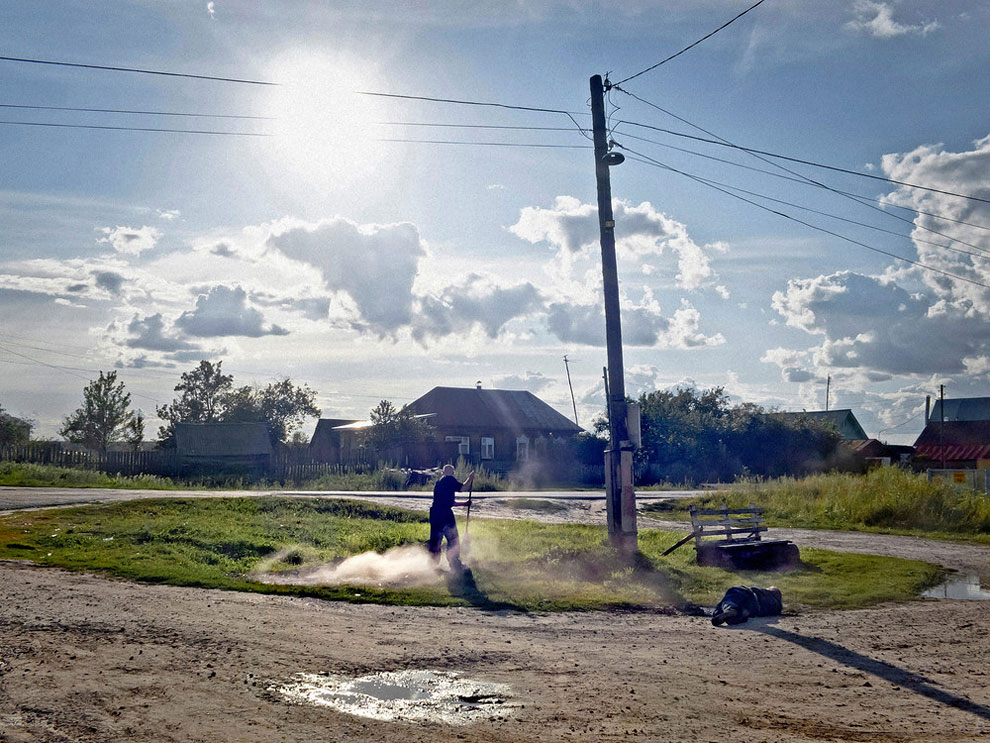 A patient works as a drunken villager sleeps nearby. (Photo by Anastasia Rudenko) 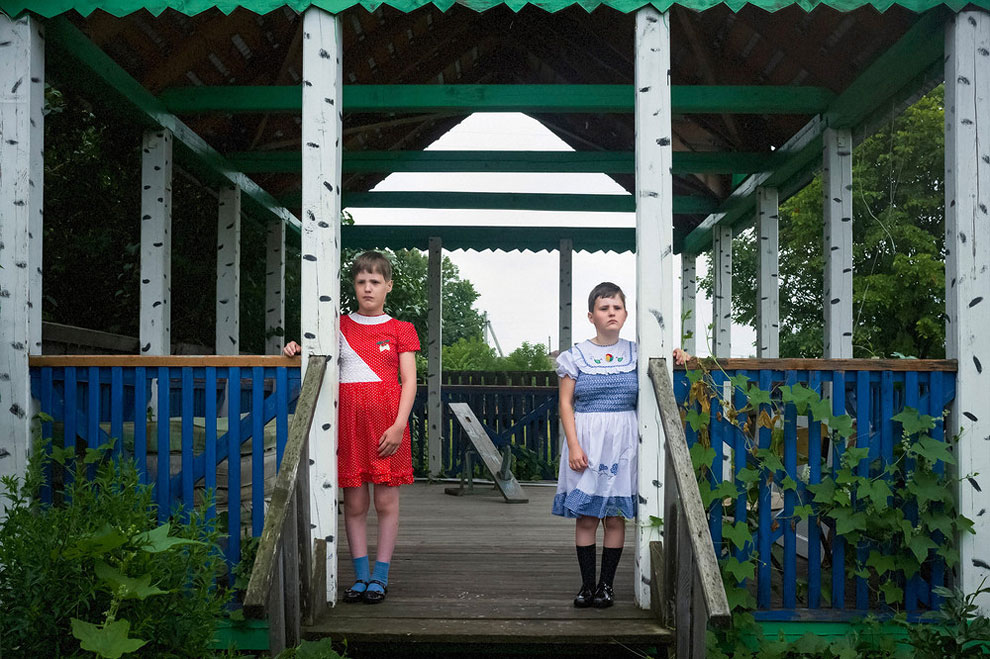 These sisters came to the boarding facility after their parents gave them up due to problems with alcoholism. (Photo by Anastasia Rudenko) 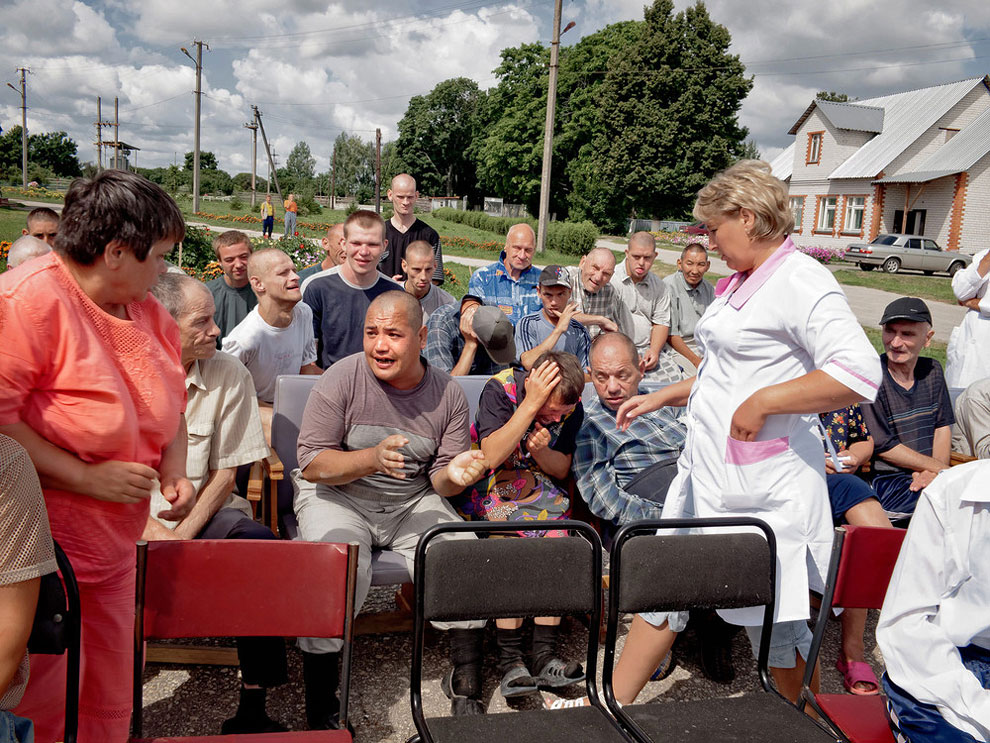 Patients gather outside for an activity. (Photo by Anastasia Rudenko) 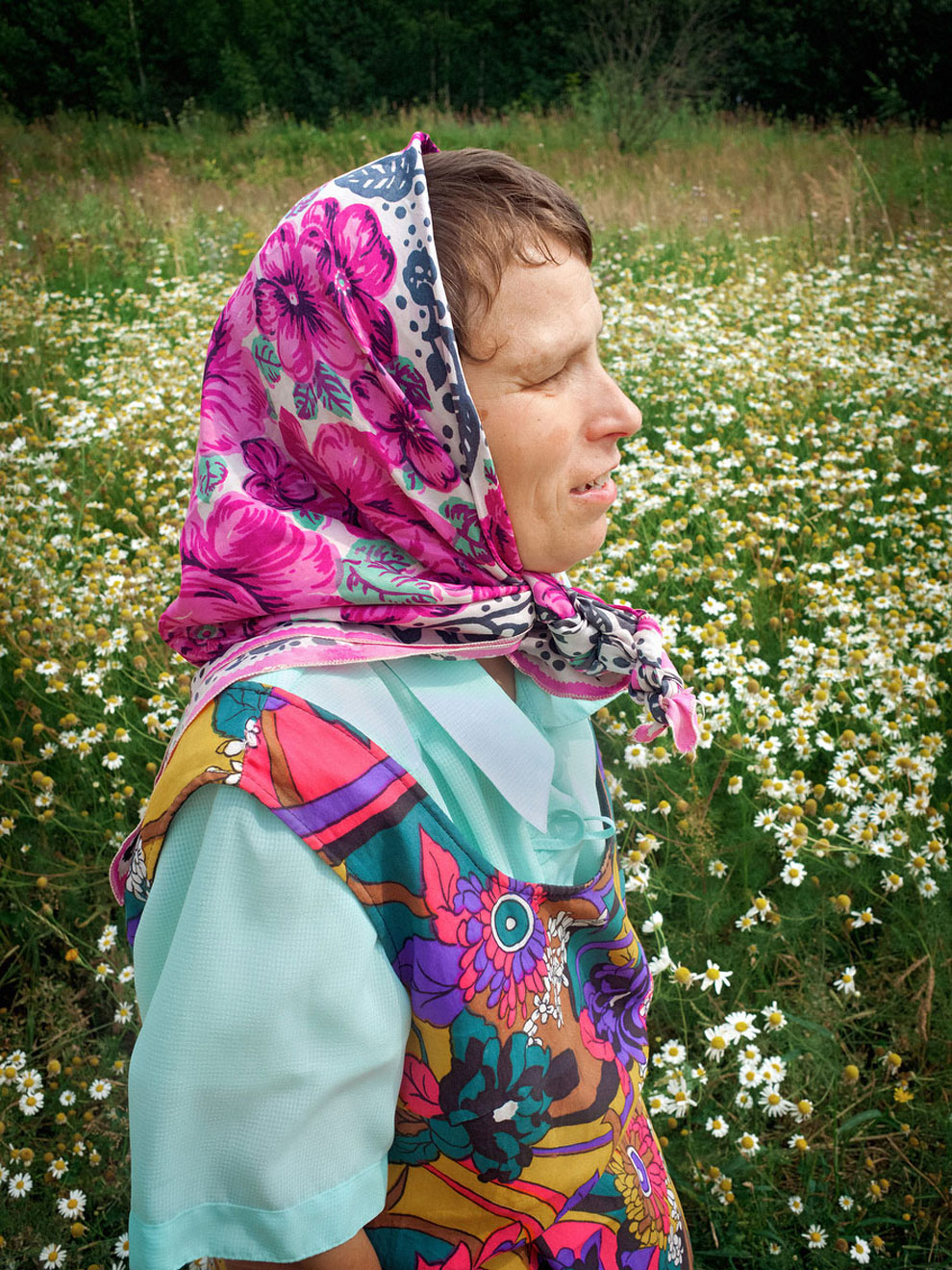 Several women live in the men’s psychiatric boarding facility to help on the farm. (Photo by Anastasia Rudenko) 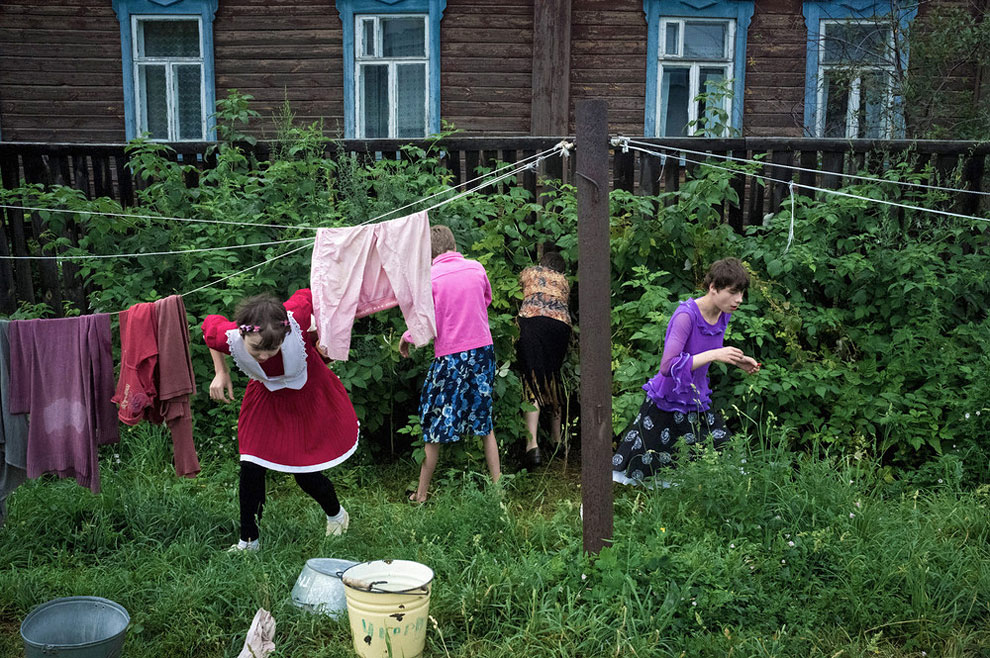 Patients from the girls’ boarding facility play outside. (Photo by Anastasia Rudenko) 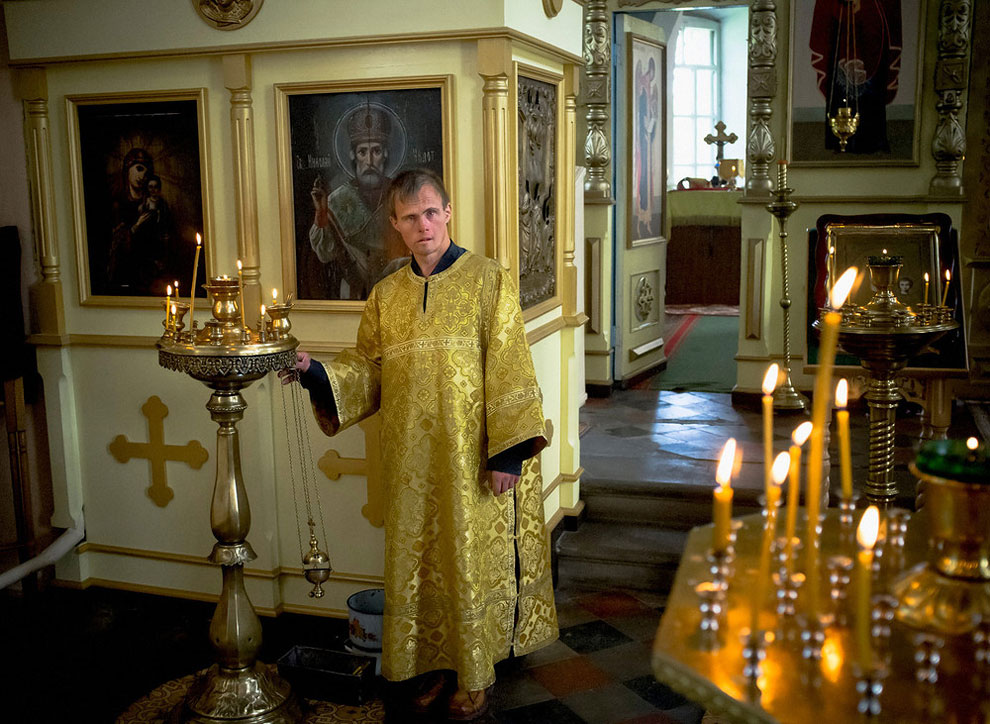 A patient works as an assistant priest in the village church. (Photo by Anastasia Rudenko) 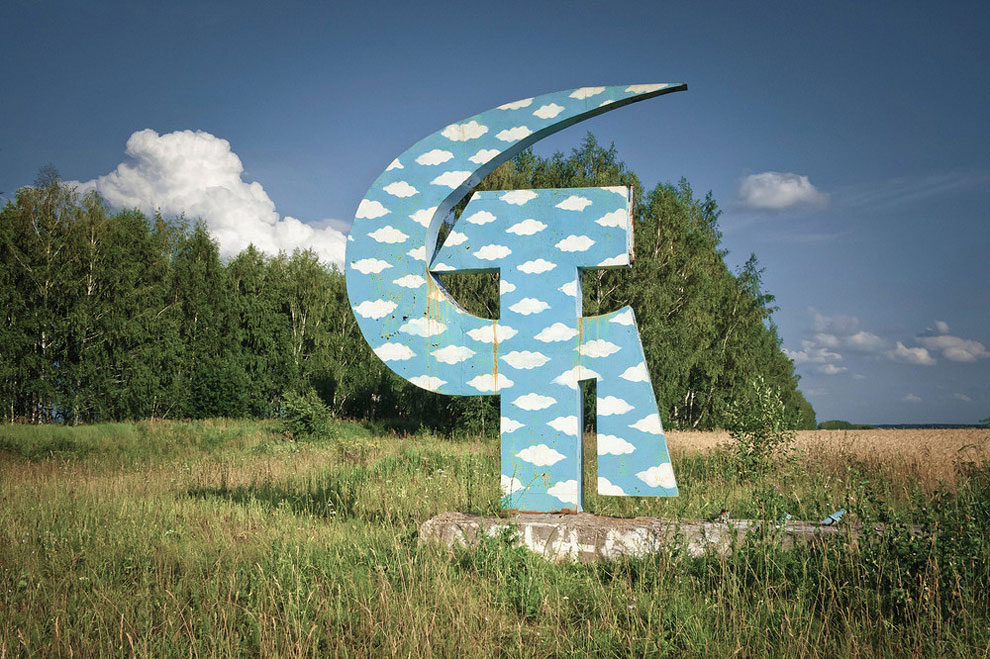 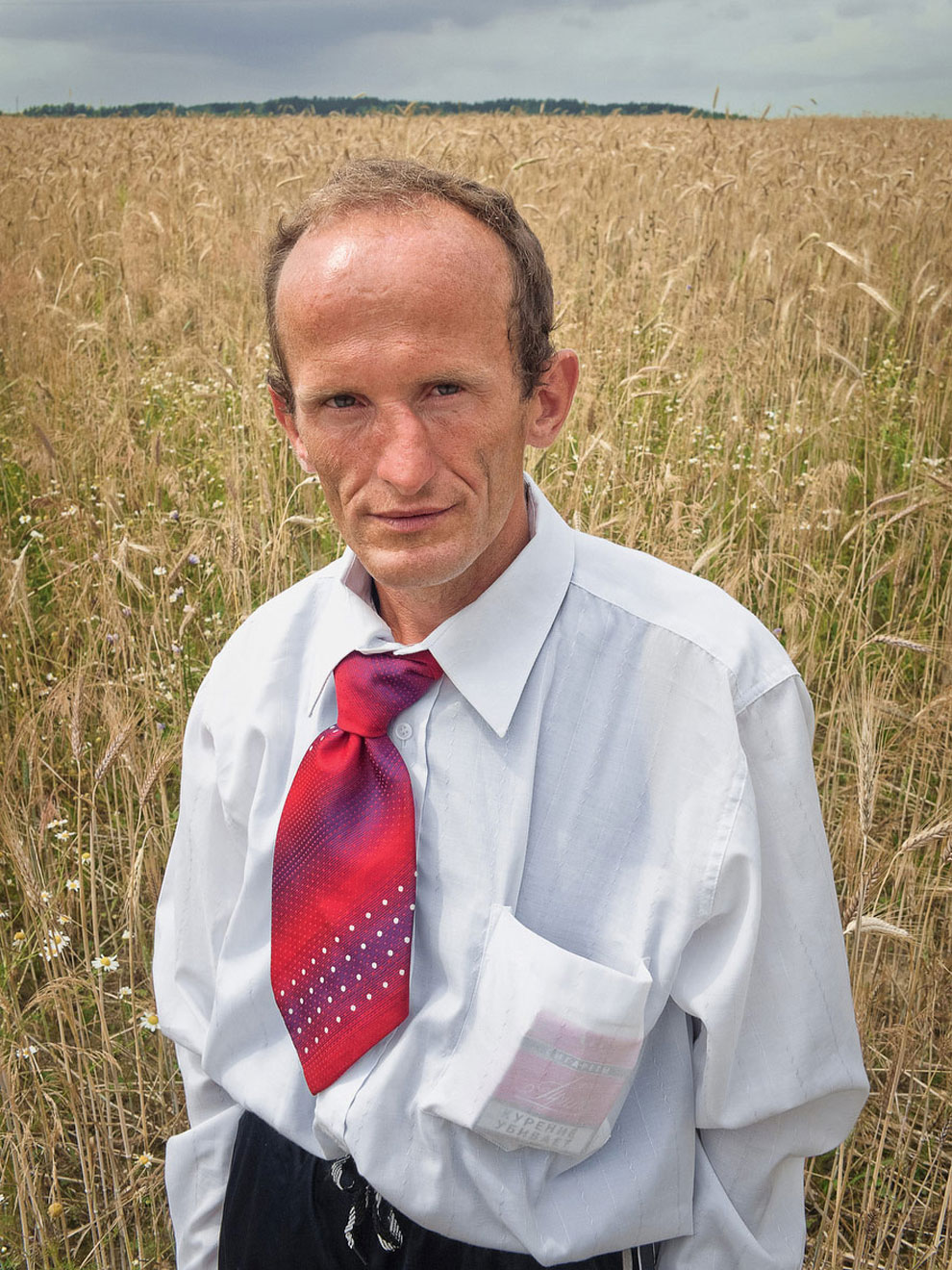 A patient from the boarding facility stands in a field. (Photo by Anastasia Rudenko) 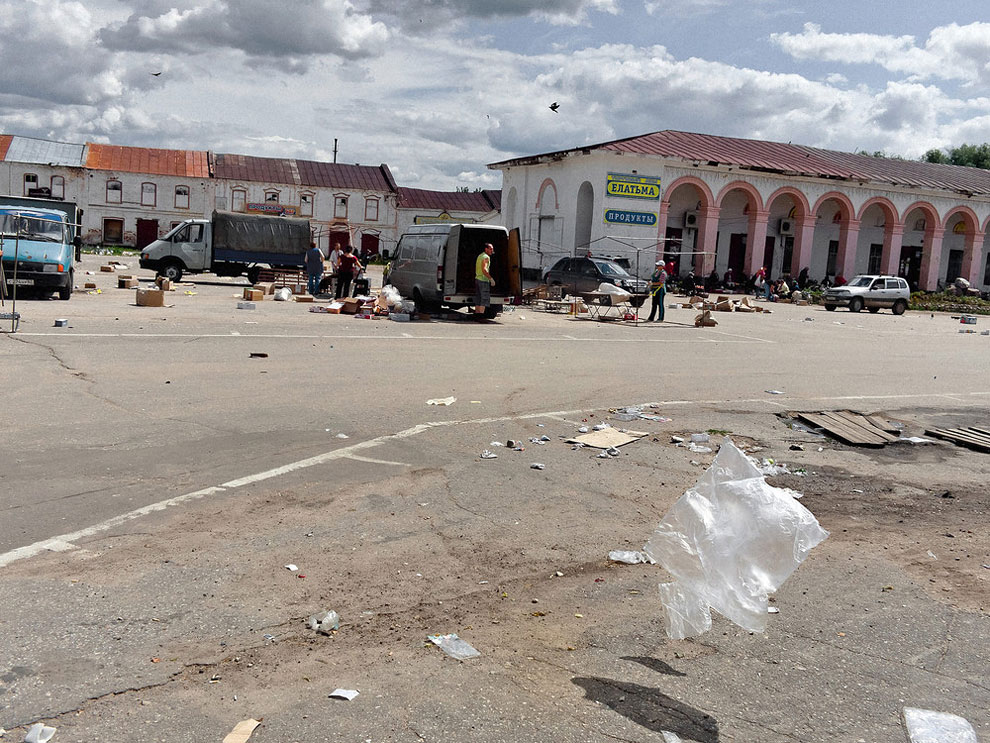 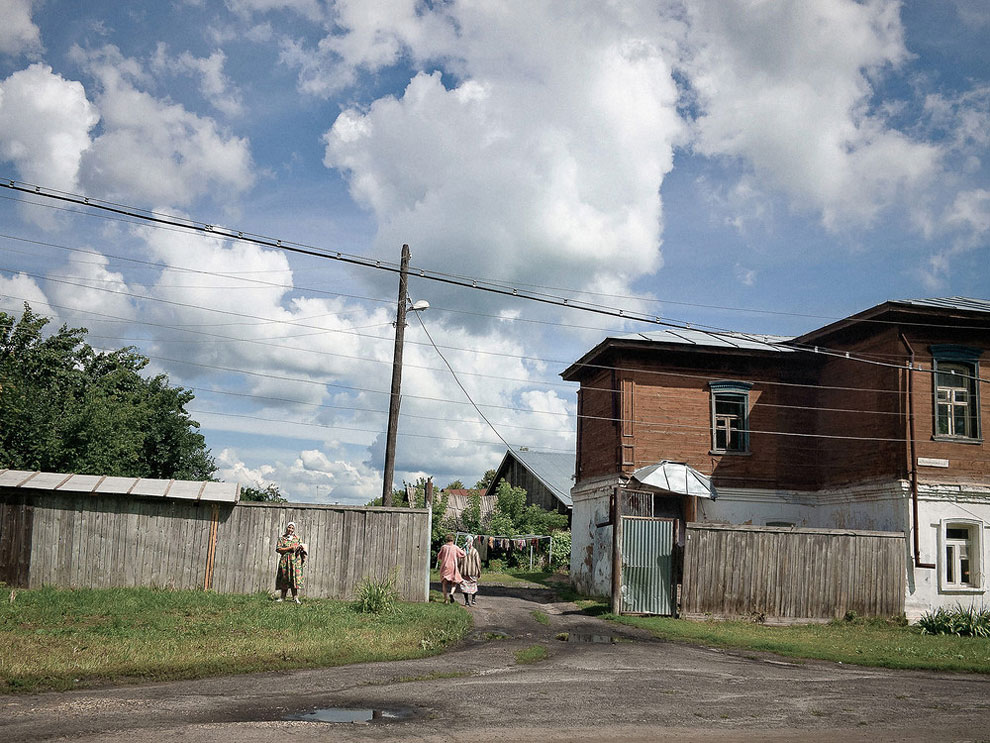 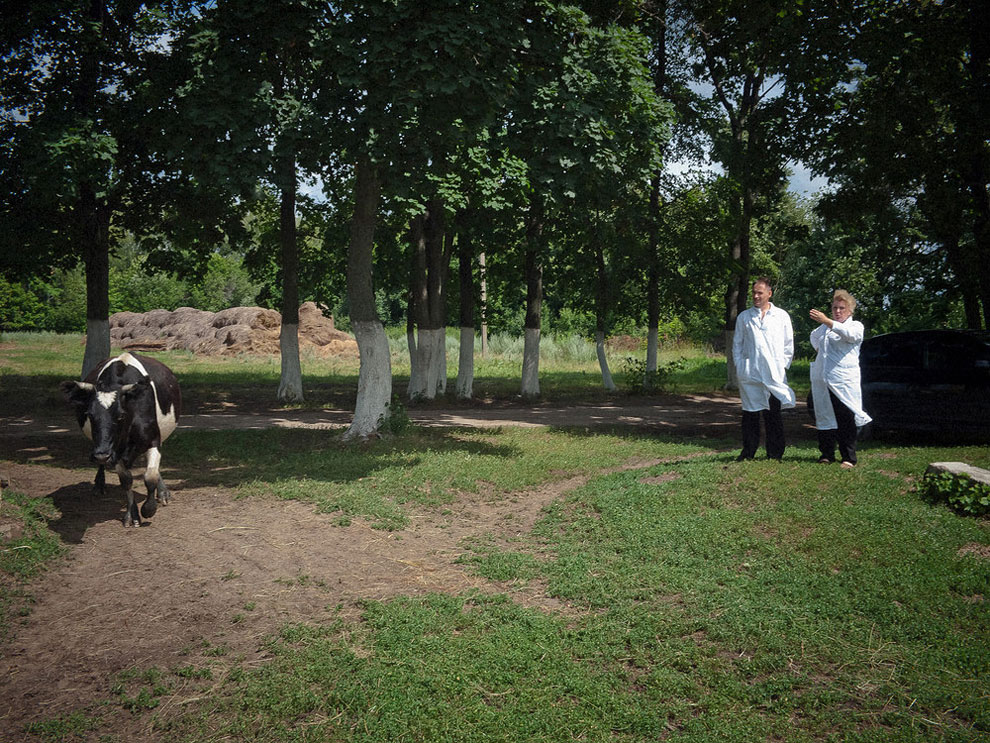 Doctors stand near a cow at the farm. (Photo by Anastasia Rudenko) 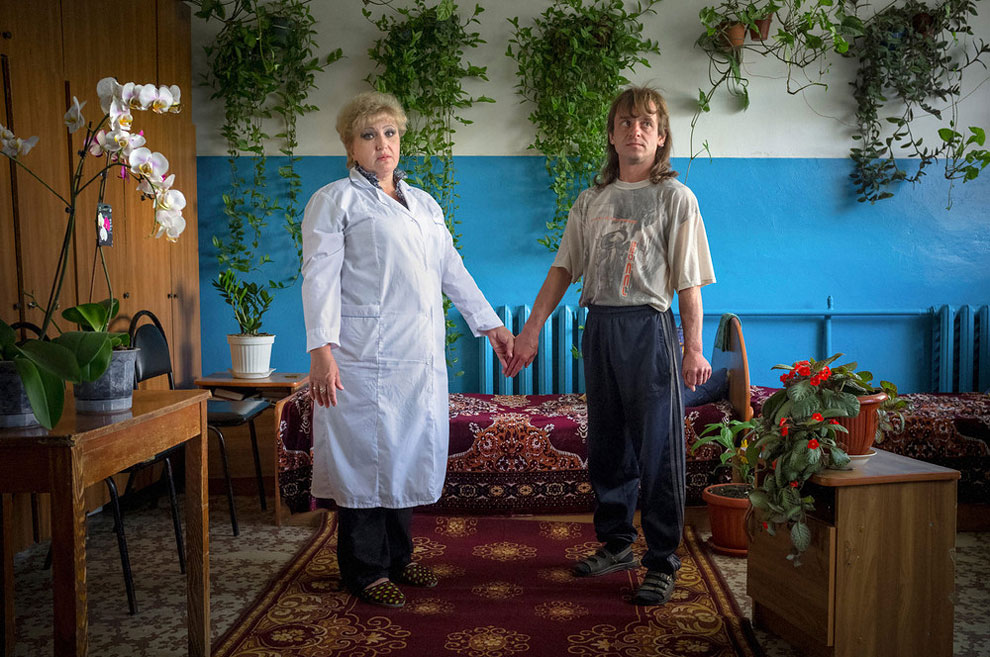 A patient holds a woman’s hand in a room at the boarding facility. (Photo by Anastasia Rudenko) 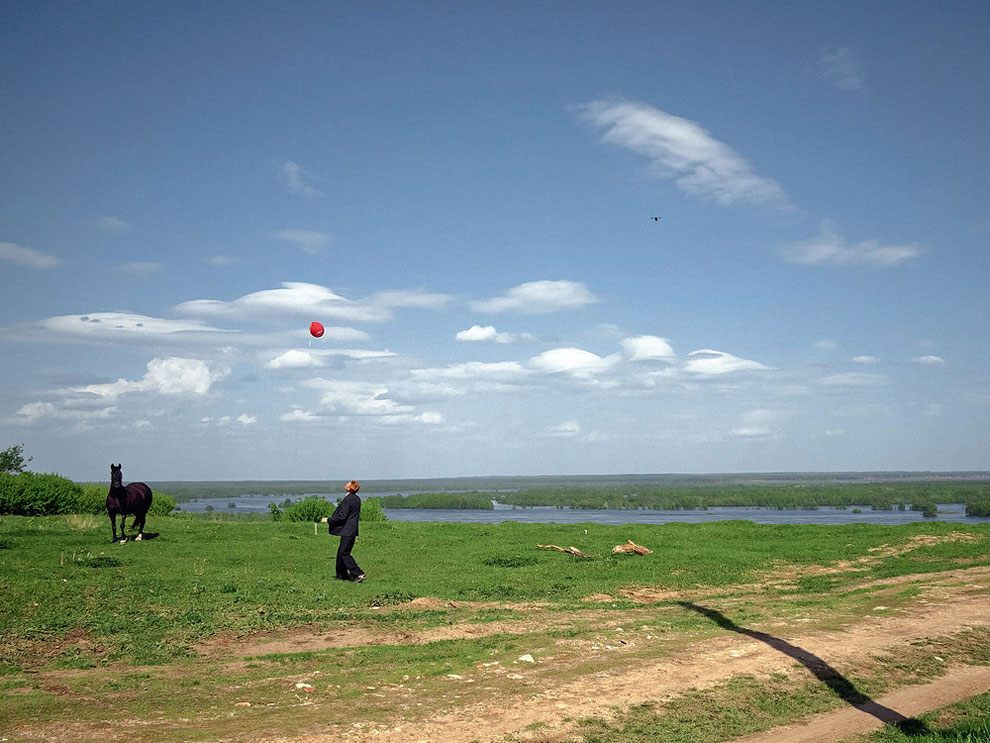 A patient releases a balloon on Victory Day, commemorating the fall of Nazi Germany. (Photo by Anastasia Rudenko) 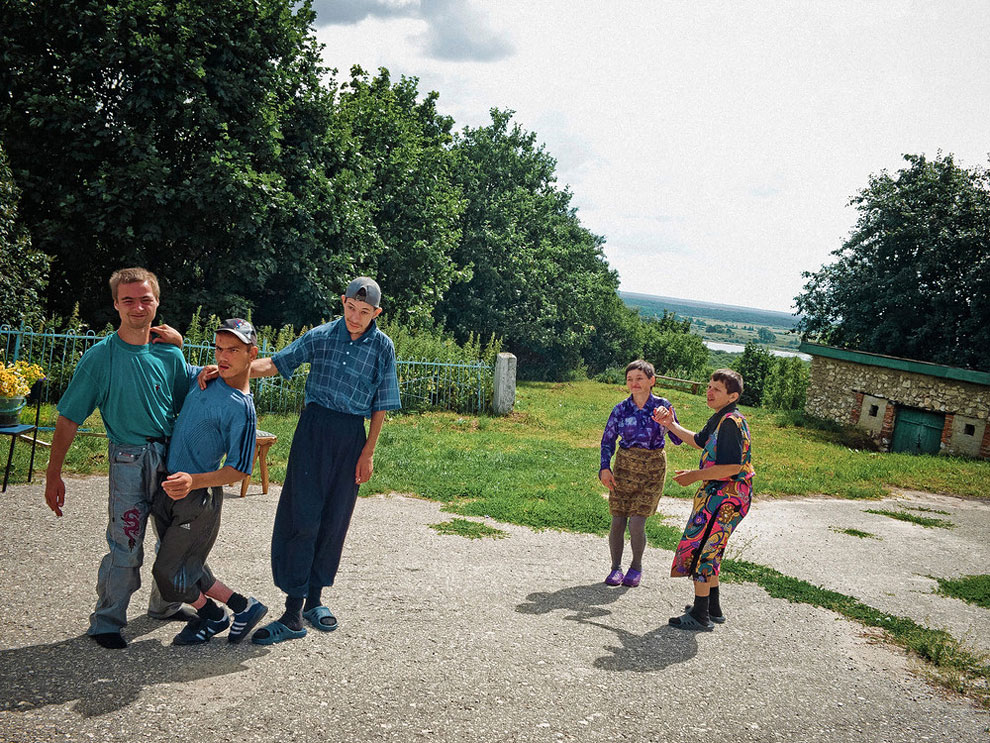 Patients of the boarding facility dance outside. (Photo by Anastasia Rudenko)

Quirky And Extraordinary Moments Of Everyday Life In Japan By Shin Noguchi
Vintage Photographs Of People Posing With Job Hunting Signs On The Streets During The Great Depression
Photographer Transforms His Kitchen Into a Skatepark for Fruits and Vegetables
Bram Stoker's Chair Series by Sam Taylor-Wood
"Sometimes Blue and Cold, Sometimes Hot and Intense"
Me My Dog And I: 30 Lovely Vintage Jack Russell Photographs
Rhinos get Upside-Down Helicopter Ride to Safety
A Time Travel To The Happy Childhood Times In The Soviet Russia
Go Vegitarian
Photographer Exposes The Truth Behind His 'Perfect' Photos
"One Day with Salvador Dalí": A Surreal Photo Shoot of Salvador Dalì in His Seaside Villa, 1955
The International Society of Professional Wedding Photographers Awards
Russian Diamond Mines
Incredibly Colorized Pictures Show The Life Of Russian People In The Past
Tiny Dancers Among Us: Jordan Matter Captures Amazing Photos Of Dancing Kids
Underwater Graveyard Full Of WWII Planes Is Otherworldly
'Game Of Thrones' Releases 20 New Season 8 Character Posters
Photographer Took A Pictures Of People On Drugs To Show How They Affect Their Brains
Russians Compete In the Photo Contest of HUAWEI
Mustique Island: Kate Middleton's Caribbean Retreat
Photographer Captured Post-Apocalyptic Images Of Abandoned Bangkok Shopping Mall That Hides A Fishy Secret
This Photographer Turns Vintage Photos Into Surreal Works Of Art
Rare Photographs of a Very Young Diego Maradona From the Late 1970s and Early 1980s
Wildlife Photographer Of The Year 2015 Finalists
disabled, mentally, paradise, russian