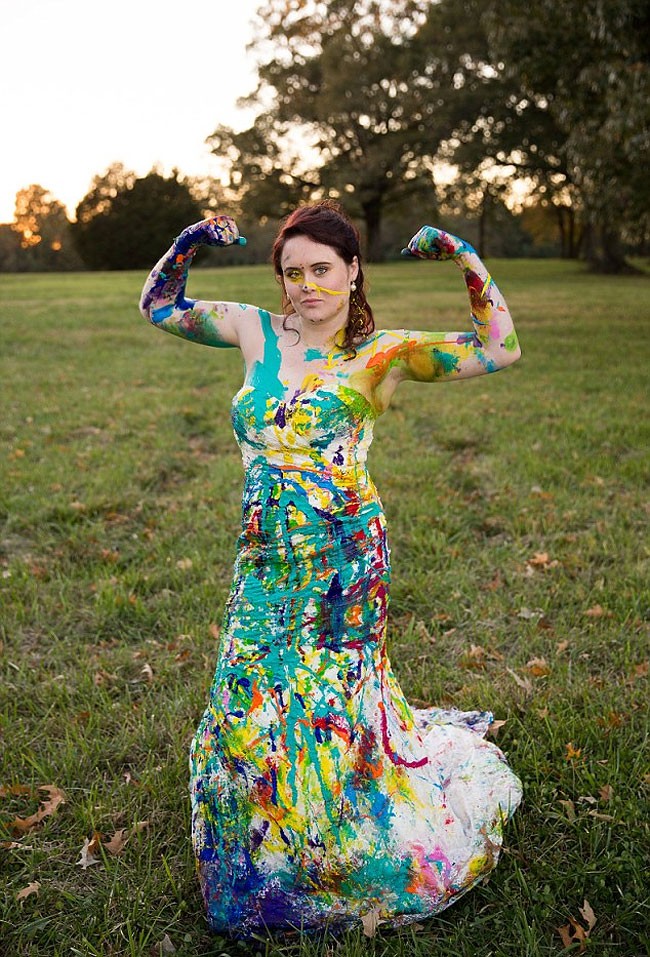 A woman whose fiancee called off their wedding, just days before it was due to take place, destroyed her once-pristine dress by covering it in paint, glitter and feathers in celebration of her ‘new beginning’. 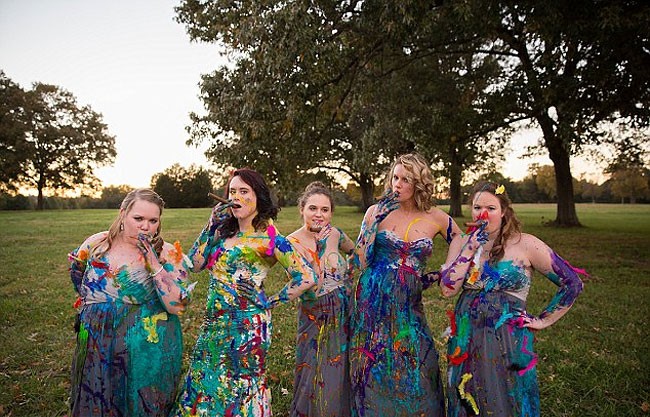 Despite her heartache following the shock split from her fiancee, Shelby Swink, from Memphis, Tennessee, was determined that she wouldn’t ‘that girl who everyone had to tiptoe round’. 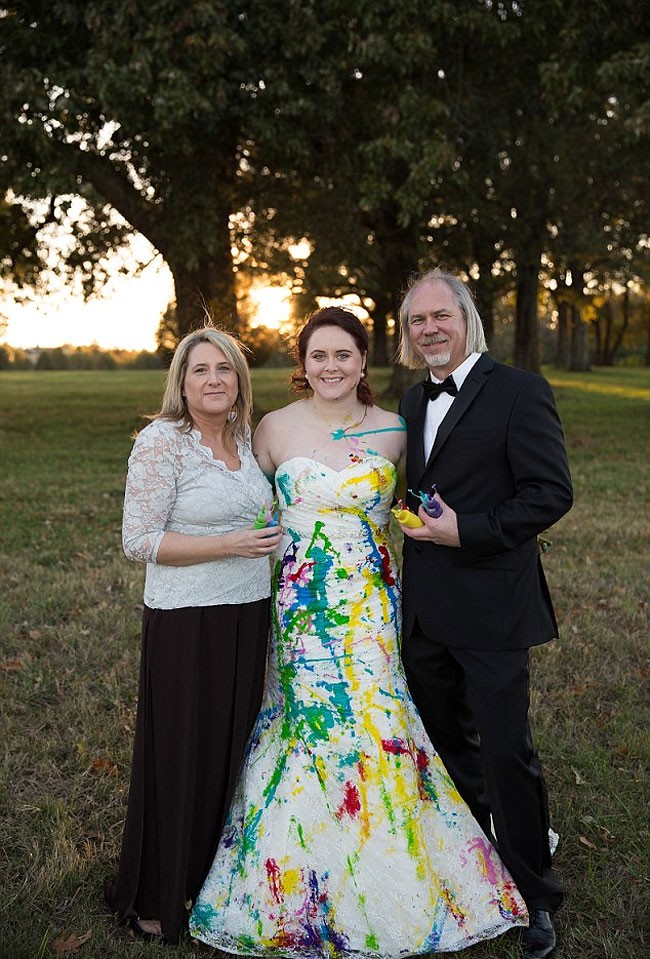 ‘Six days before the ceremony, my ex-fiancé kind of sat me down and told me he was contemplating calling off the wedding,’ the 23-year-old told Fox News. 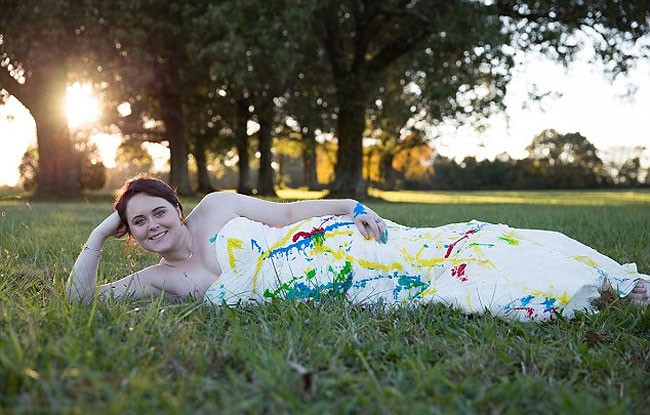 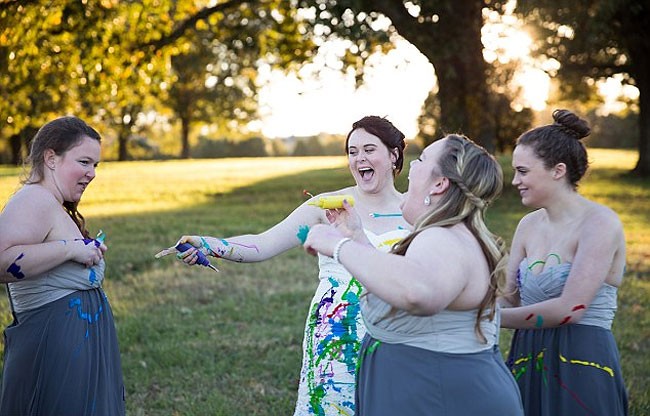 ‘But I didn’t want to be that girl that everybody was tiptoeing around.’ 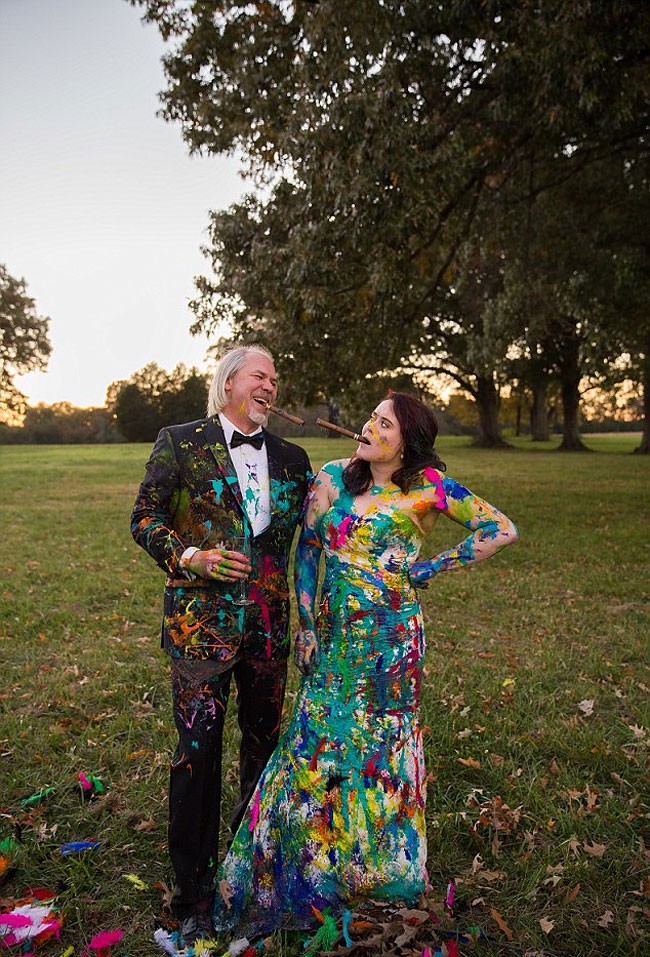 So when her wedding photographer Elizabeth Hoard suggested that they organize a ‘trash the dress’ shoot – an increasingly popular ritual which sees jilted brides destroy their unused gowns by whatever means available – Shelby decided to embrace the idea head-on. 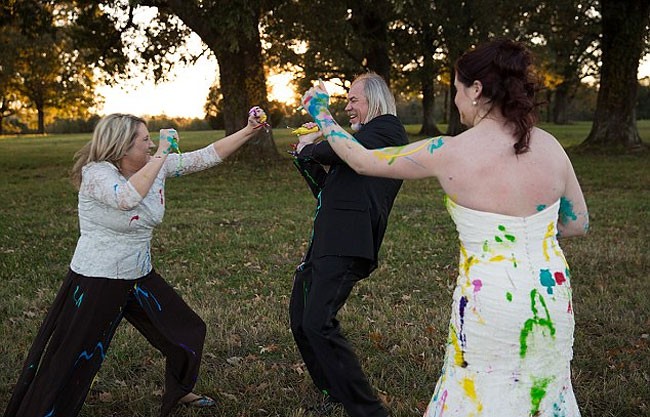 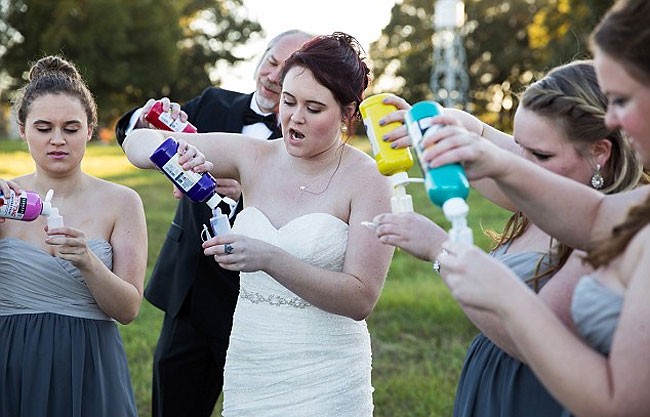 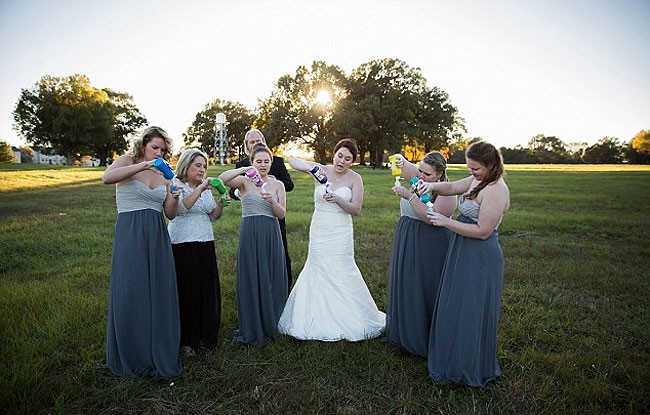 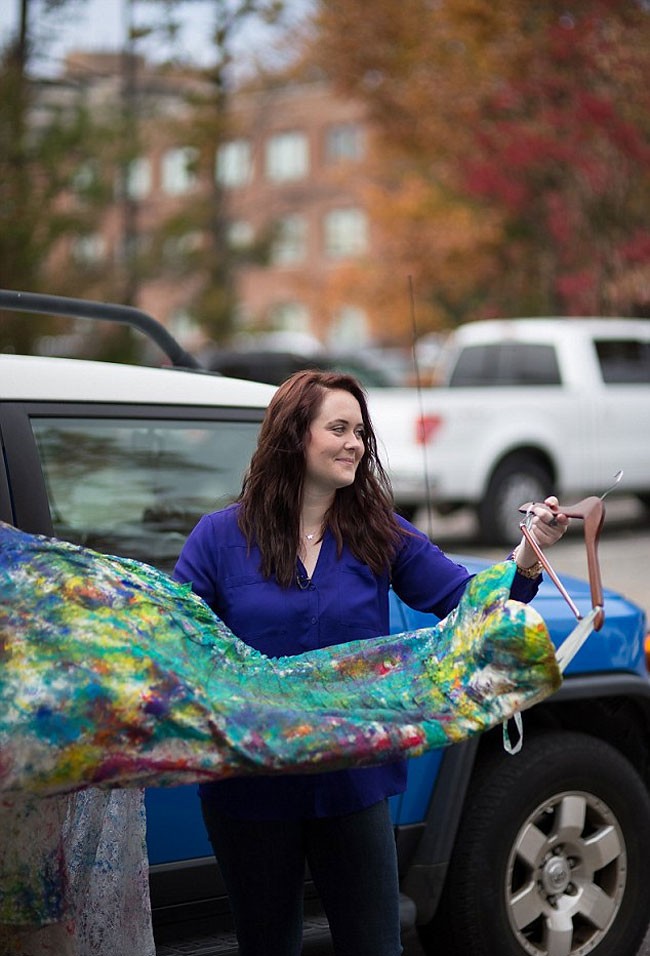 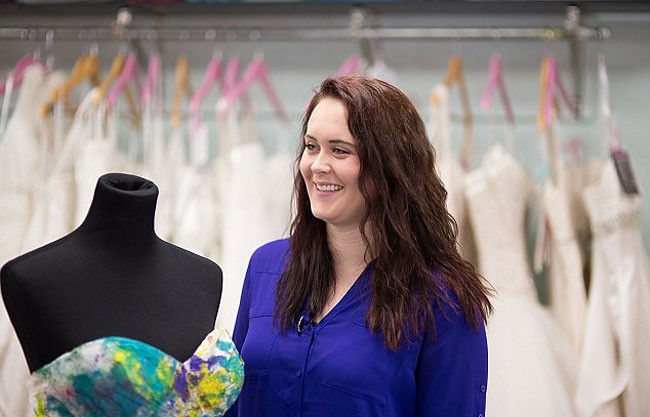 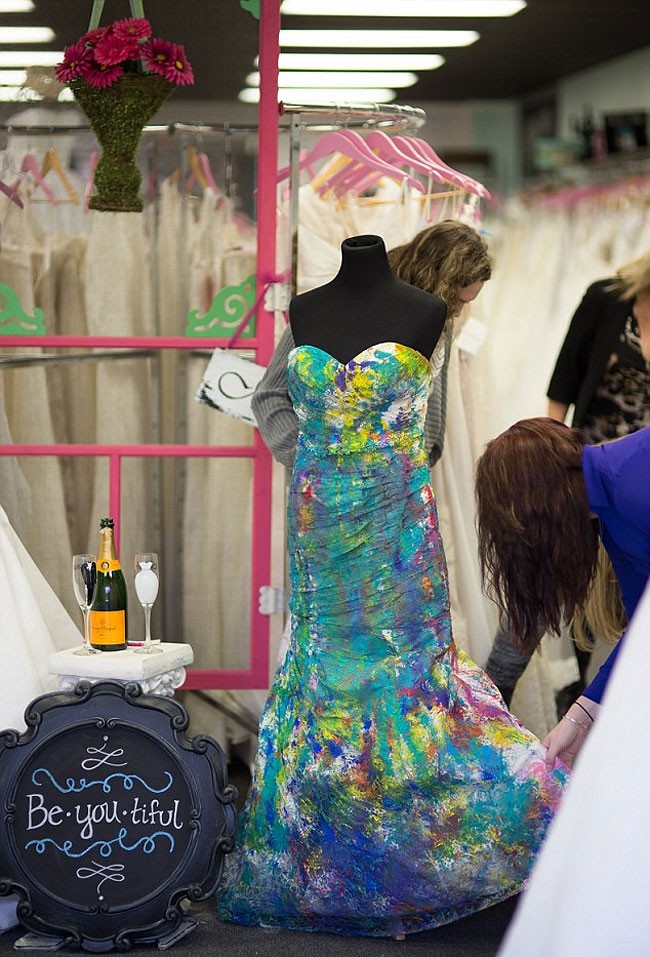